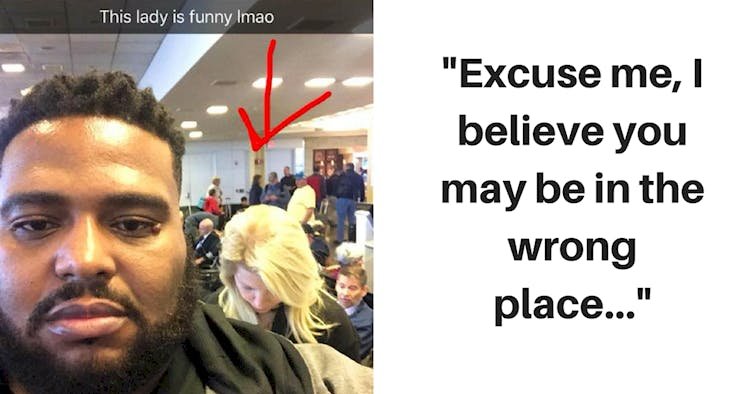 See, Emmit was just trying to board a flight to the Dominican Republic like any normal sun-seeker when things got weird — and decidedly racist. 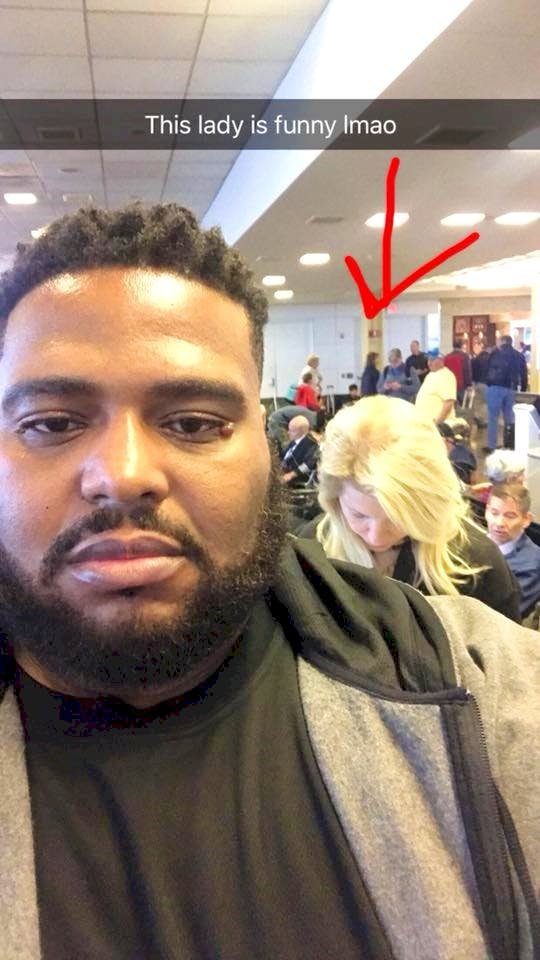 But Emmit wasn't about to just take it without clapping back!

The lady behind Emmit in line just couldn't believe he would be flying first class.

And yes, Emmit was flying first class, not that it was any of her business anyway.

She just wanted Emmit out of her way so she could board first, like her money was better than his money or something.

But if she thought Emmit would just stand aside and let her through, she had a surprise coming.

Still, Emmit played along, showing her his boarding pass.

He wasn't about to budge from his spot in line, and why should he? He didn't do anything wrong here.

But of course she wasn't dropping it.

And this raises another question — should military have to wait for other people to board first, even if they have priority passes? What's up with that?

As Emmit points out, he's not in the military, not that that would be a bad thing. No, he's just a successful black man who can afford to fly first class.

And the airport waiting area loved it.

It was all pretty awkward and cringeworthy — at best — and is at least another great example of why making assumptions is a bad idea.

And apparently it's more common than it has any right to be.

It wasn't just the other folks waiting in line who appreciated Emmit's clapback.

On Facebook, folks rejoiced at Emmit's story, even though many could relate to the experience.

At least, it does to one person in his comments section. And they handle it the same way — laughter in the face of ignorance.

And you do have to admit that Emmit exercised some serious restraint that day.

Anger would have been understandable, for sure, but he just served up a little education instead.

Emmit really only had one wish in retrospect: that he had smiled for the camera.

So many people saw it! Who knew his post would end up with more than 650,000 reactions?!