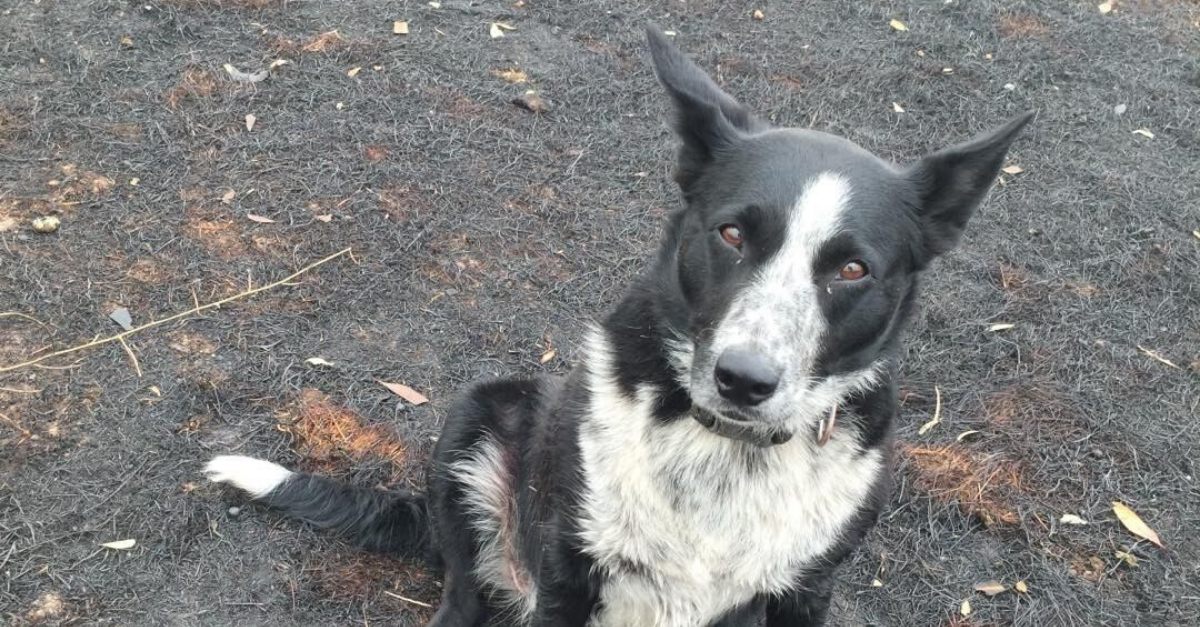 For almost three weeks, an increasingly large part of Australia has been ravaged by devastating wildfires that show little hope of dying down.

As the BBC reported, the fires have resulted in 24 deaths and seen the destruction of over 15.6 million acres of land.

The impact on the continent's unique wildlife has also proved catastrophic, as nearly half a billion animals are likely to have died since the blazes began.

As there's no telling how long these fires could continue, the outlook seems almost entirely grim. It is for this reason that we might turn to smaller stories of hope that show the resilience of human spirits in even the most seemingly hopeless of situations.

But one such story proves that we shouldn't count animals out of that resilience either.

The scale of the fires is absolutely staggering. 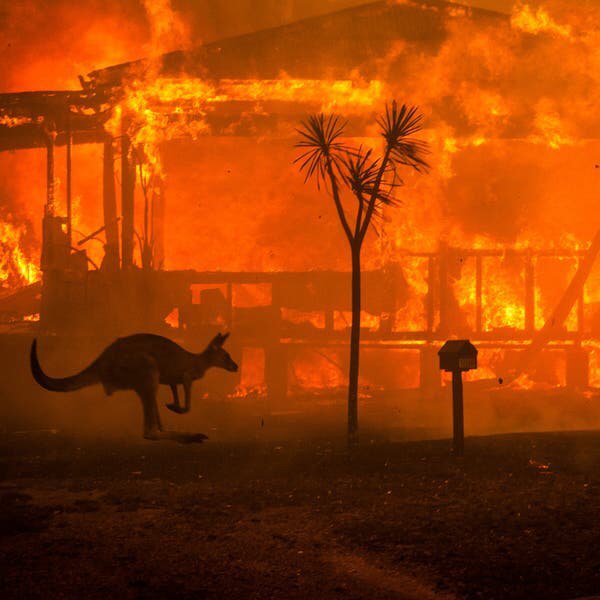 The Australian wildfires are fairly evenly distributed across virtually all of Australia. Australia isn't a small country, either. To date, more has burned in the Australia fires than the recent California and Amazon fires combined. 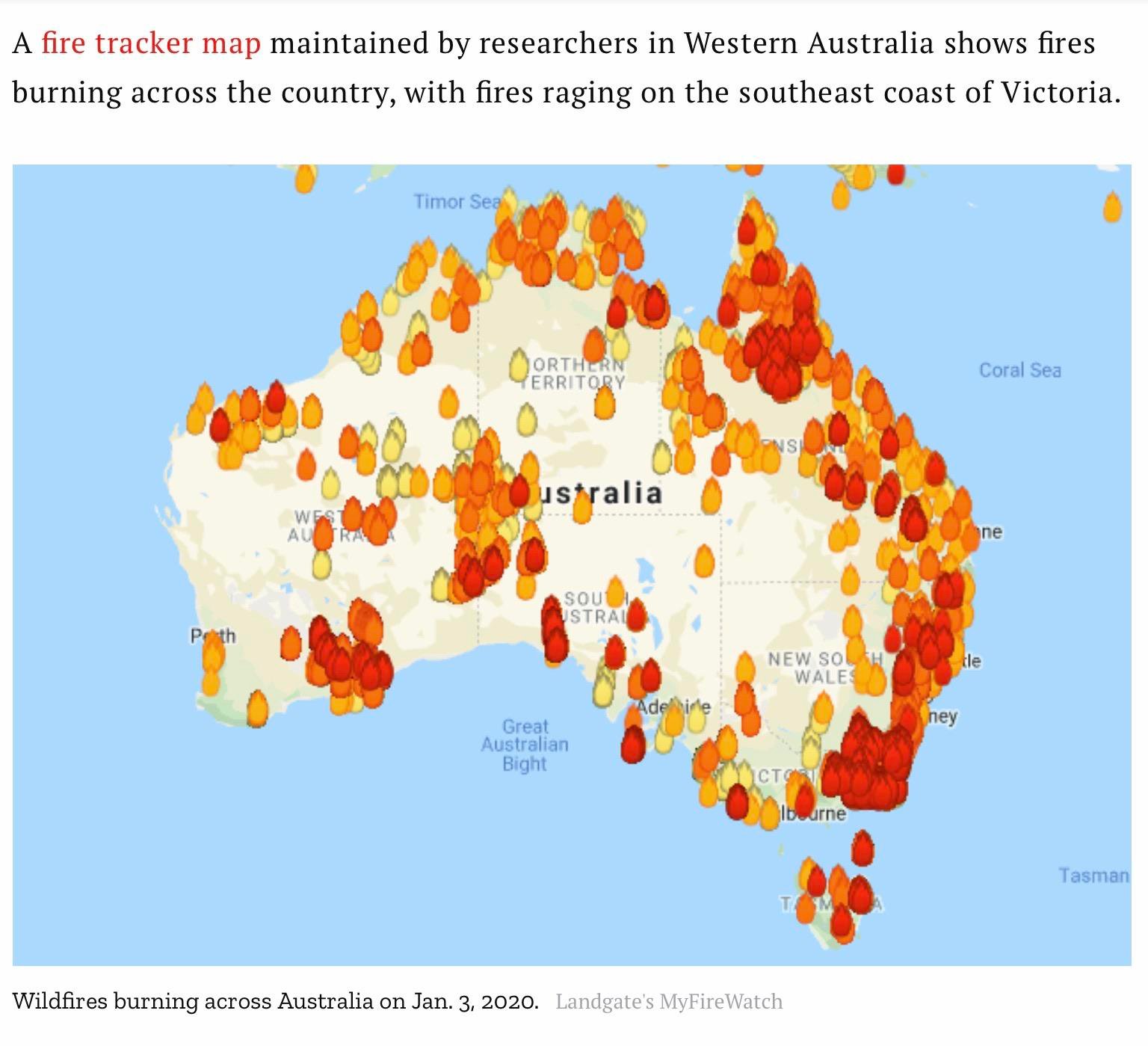 This map of Australia gives us an idea of how many areas are threatened. The fires can move quickly and unpredictably, putting many areas on high alert.

As stated, much of Australia faces immediate danger from these fast-spreading fires and the town of Corryong is no exception. 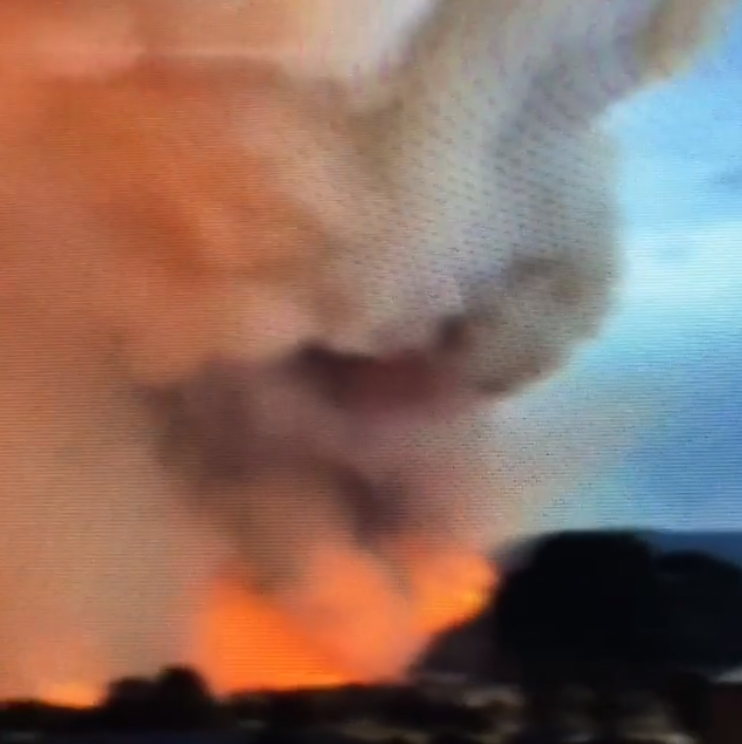 Speaking to Metro, local resident Cath Hill described the scene as "like Armageddon."

And it's hard not to agree once she describes what she's been seeing. 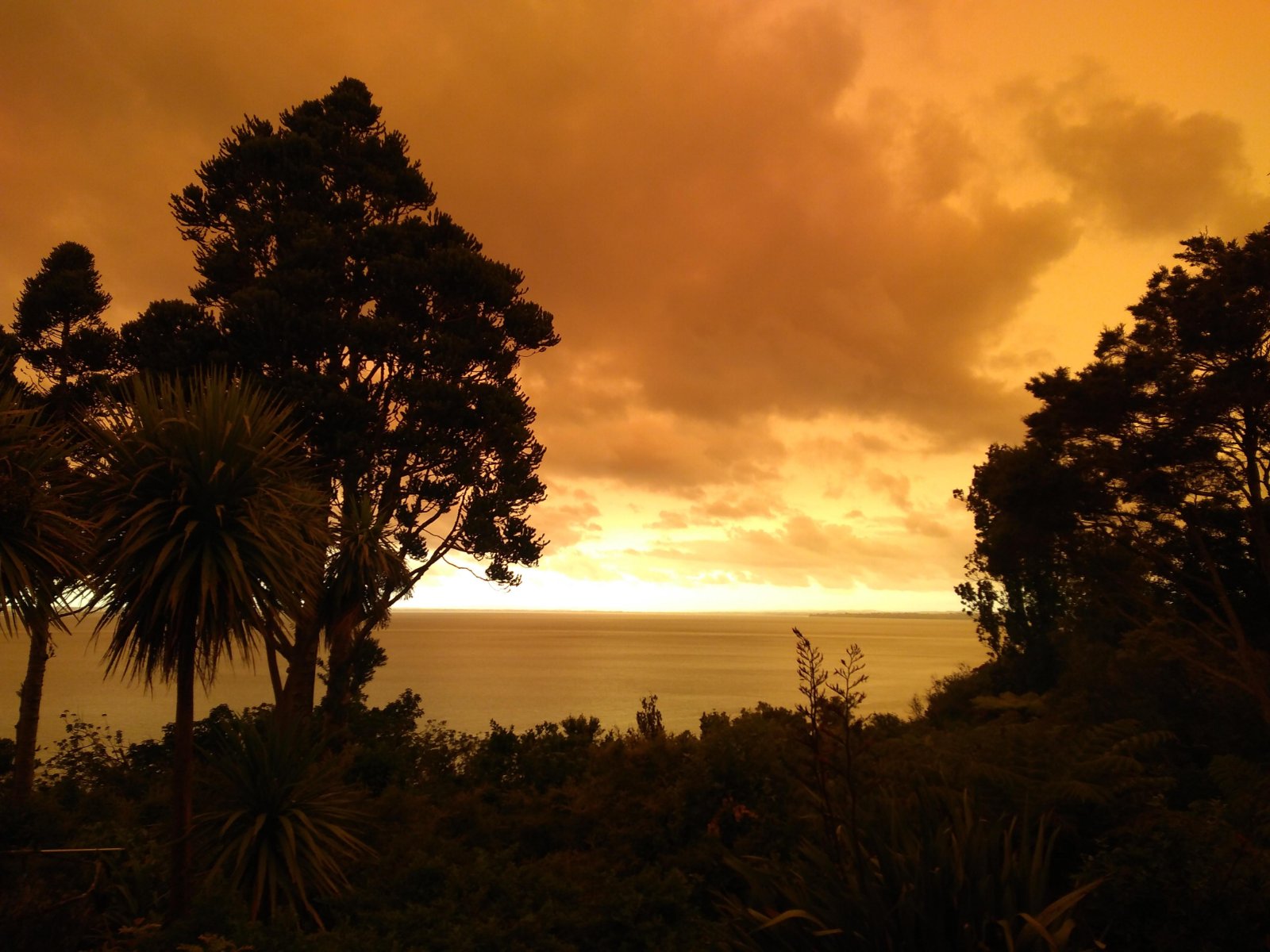 As she said, "Everyone is just trying to get water and feed to their animals, shoot the ones that can’t be saved, get temporary fences up to keep stock secure, and put out all the logs and stumps still burning. And there’s people who have nothing left but the clothes on their backs."

As we can see, the fires approached her brother's farm on December 31 in the form of a particularly ominous wall of fire. 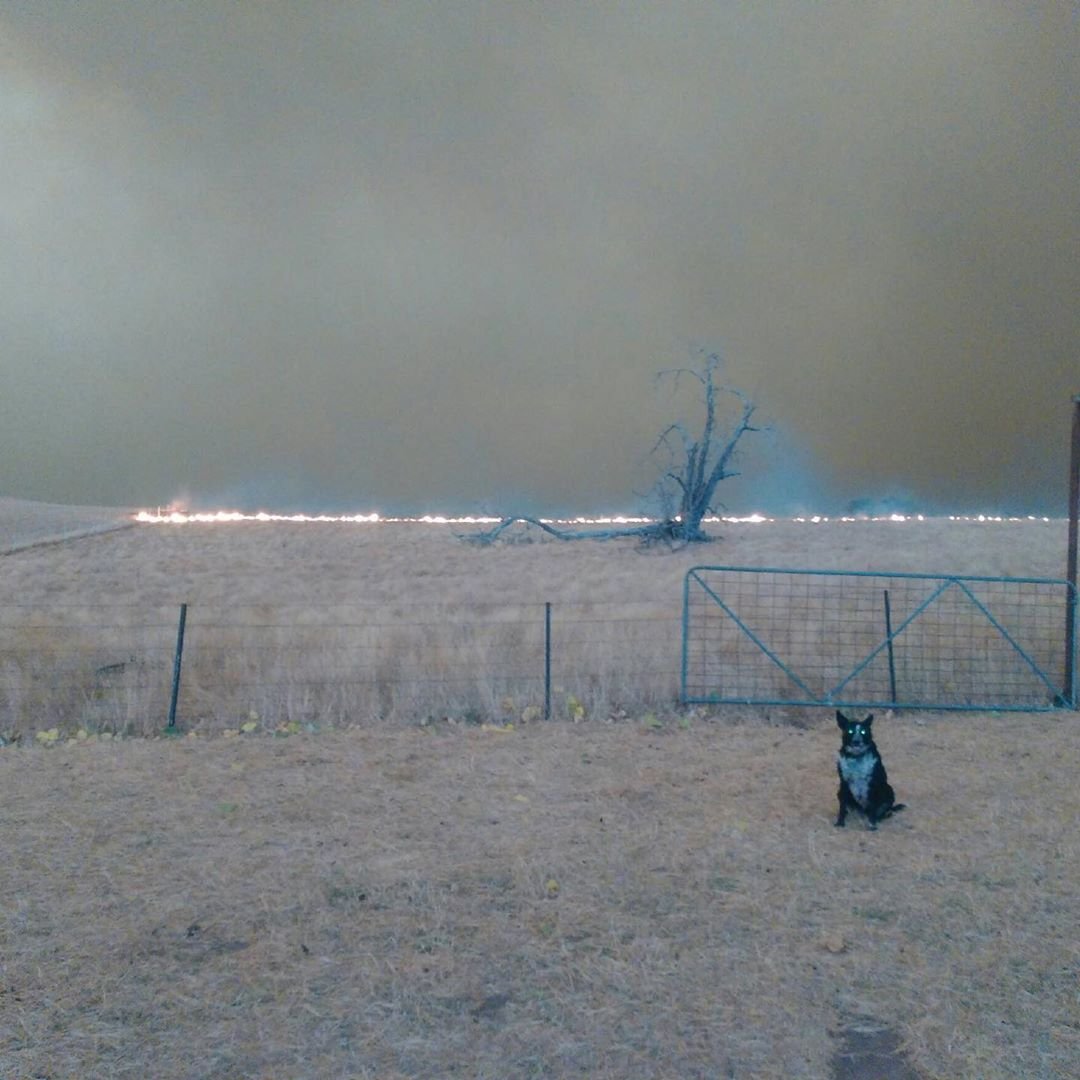 As Metro reported, this prompted Hill's brother to fight the fires with a tractor and a tank of water while his border collie/kelpie mix, Patsy, rounded up the sheep.

Often thought of as the most intelligent breed of domesticated dogs, border collies are specially bred to herd sheep. It's a job that requires energy and smarts in situations that would spook other dogs.

And when it comes to this harrowing task, Patsy could not have performed more admirably. 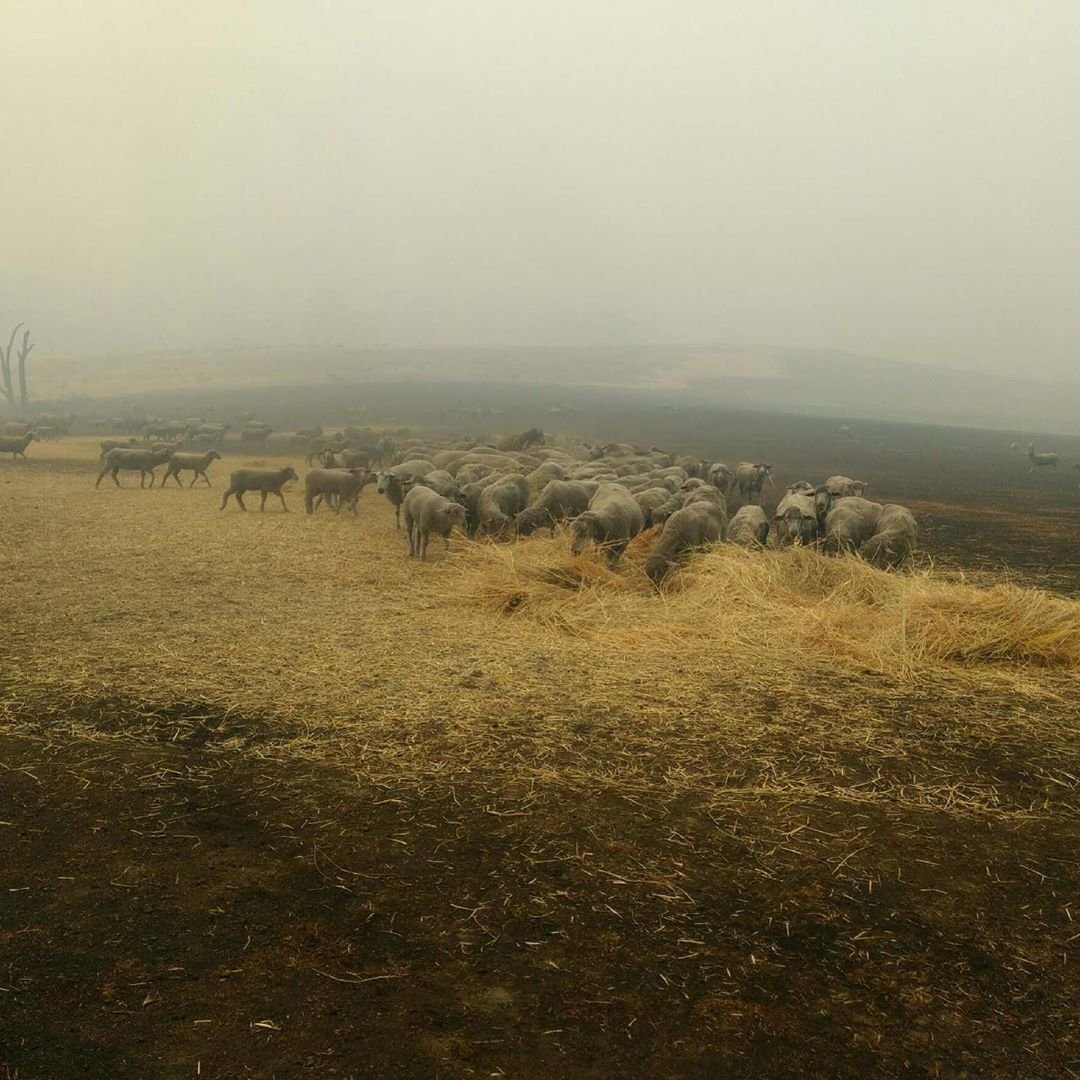 As Hill wrote on Facebook, Patsy brought the sheep to the safest paddock on the farm and secured a safe spot for herself.

It wasn't an easy job. 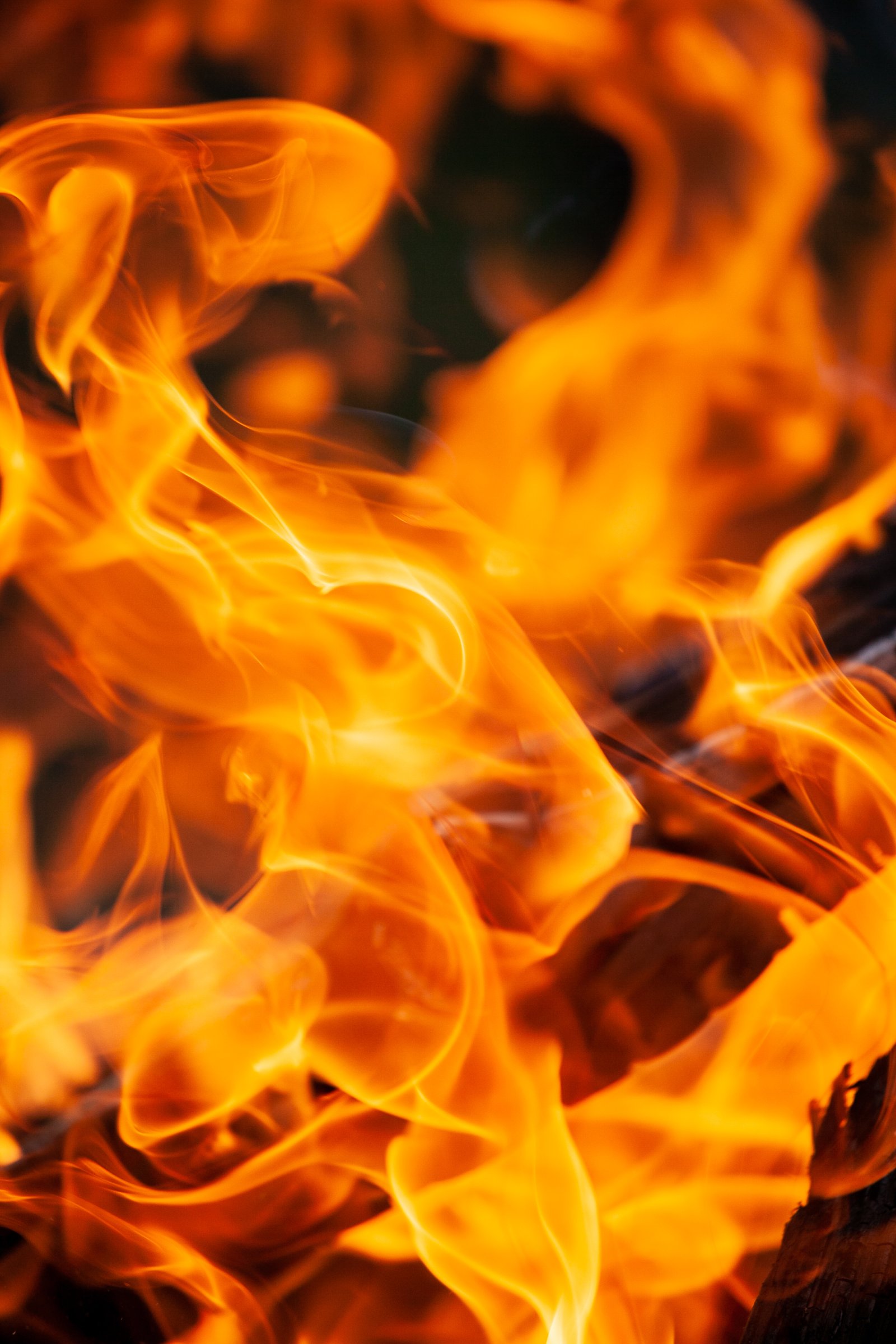 The fire approached the farm in the early morning hours, forcing Hill, her brother and Patsy out of bed to save what they could. Although not every sheep escaped unharmed, Hill said that most of them were okay.

The farmer's actions are likely the reason why his farm houses, shearing shed, hay bales, and silage still stand. 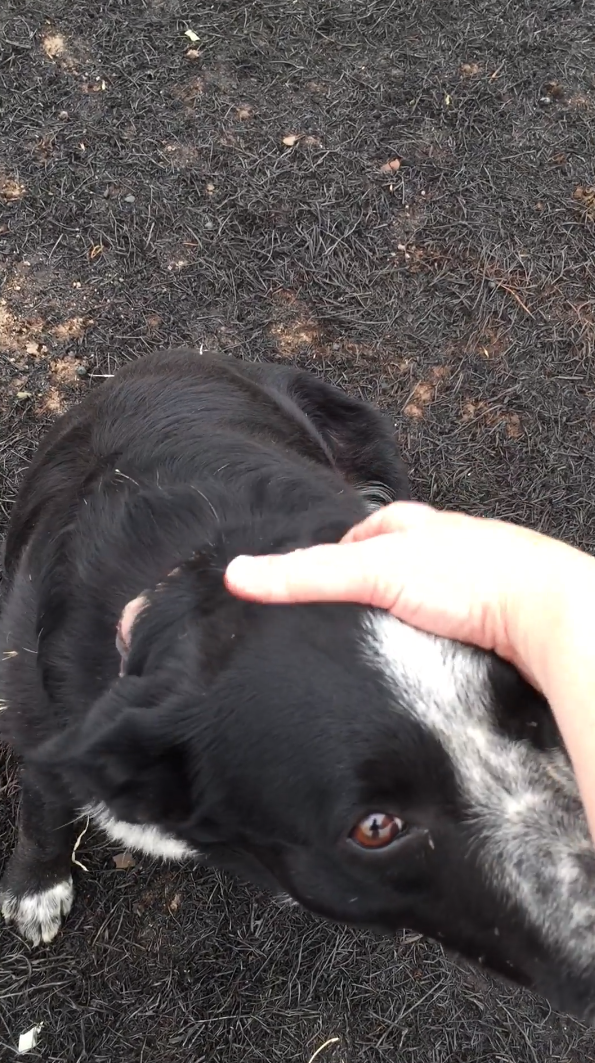 Yet, Patsy has been rightly credited for keeping almost all of the sheep safe. 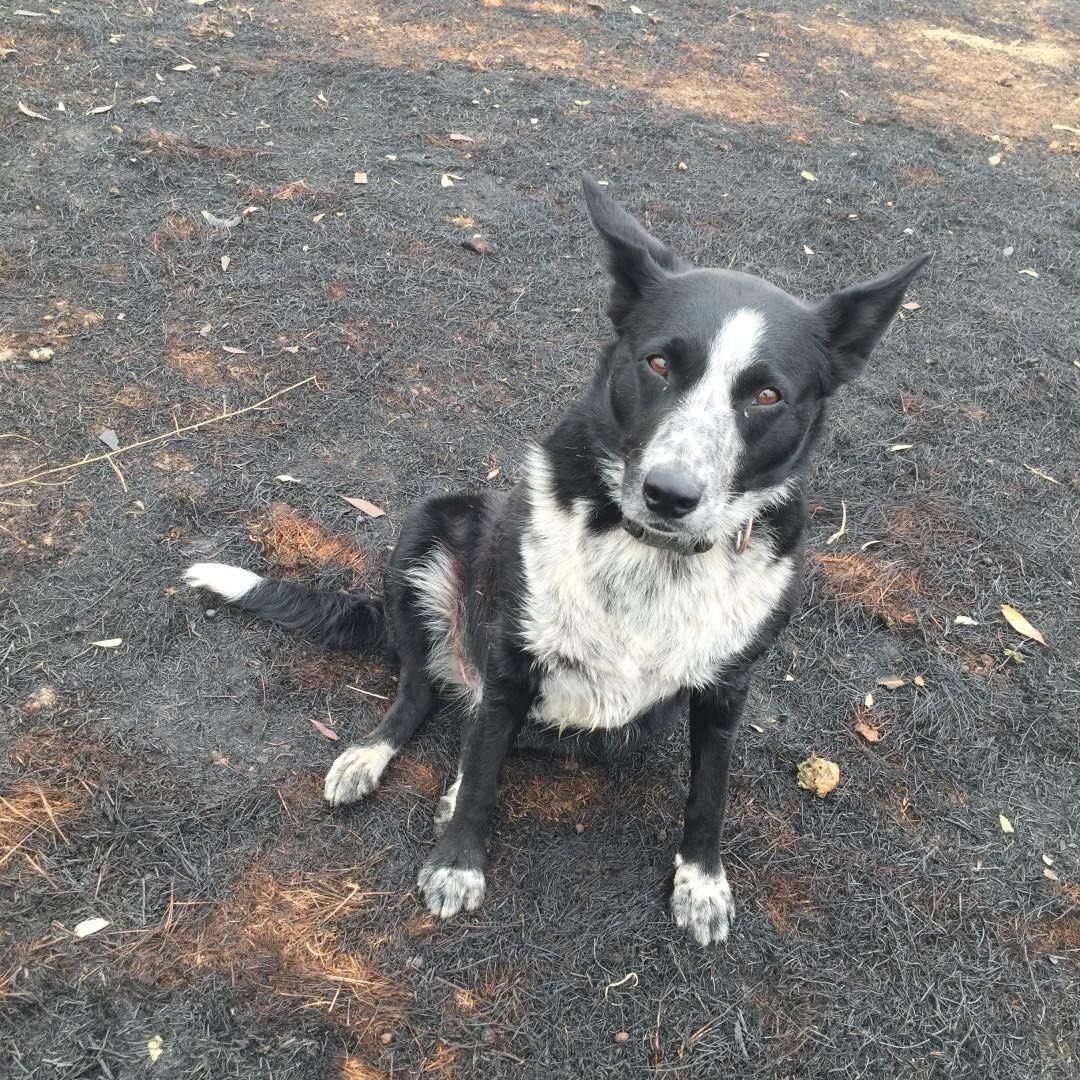 As Hill said, putting Patsy's story out into the world gives people dealing with the fires some much-needed positivity as, in her words, "It’s unbelievable and it’s only going to get worse."

Sadly, it seems these are well-founded fears. 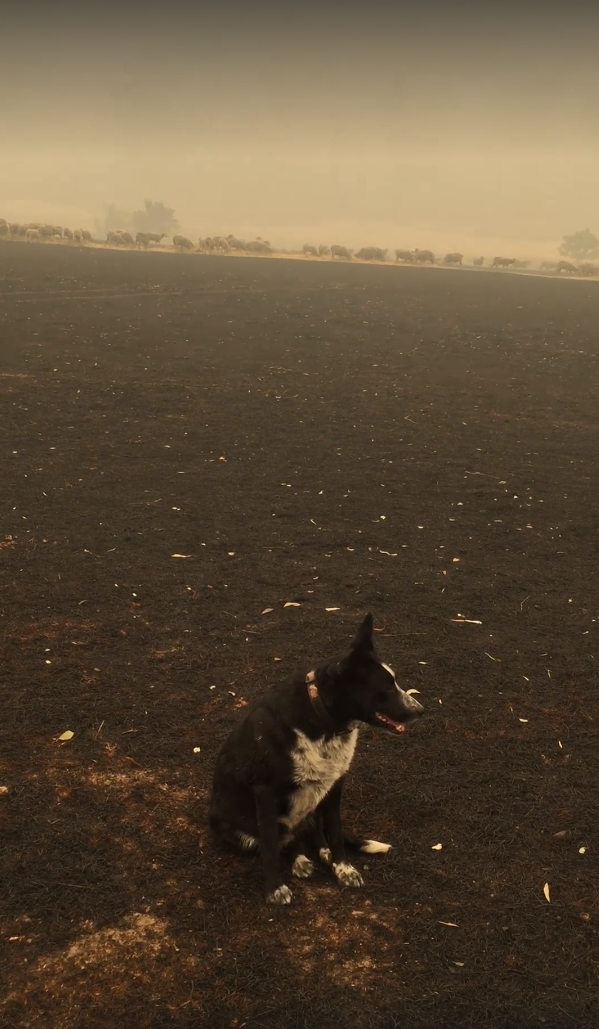 The weeks ahead will be tough.

Long-range forecasts can change, but it appears at this time that Australia is in for more hot, dry weather. Cooler, wetter weather will hopefully follow, but this weather carries risks of its own such as flooding.

Although Hill's brother continues to fight fires in Corryong, it seems they will continue burning for weeks. 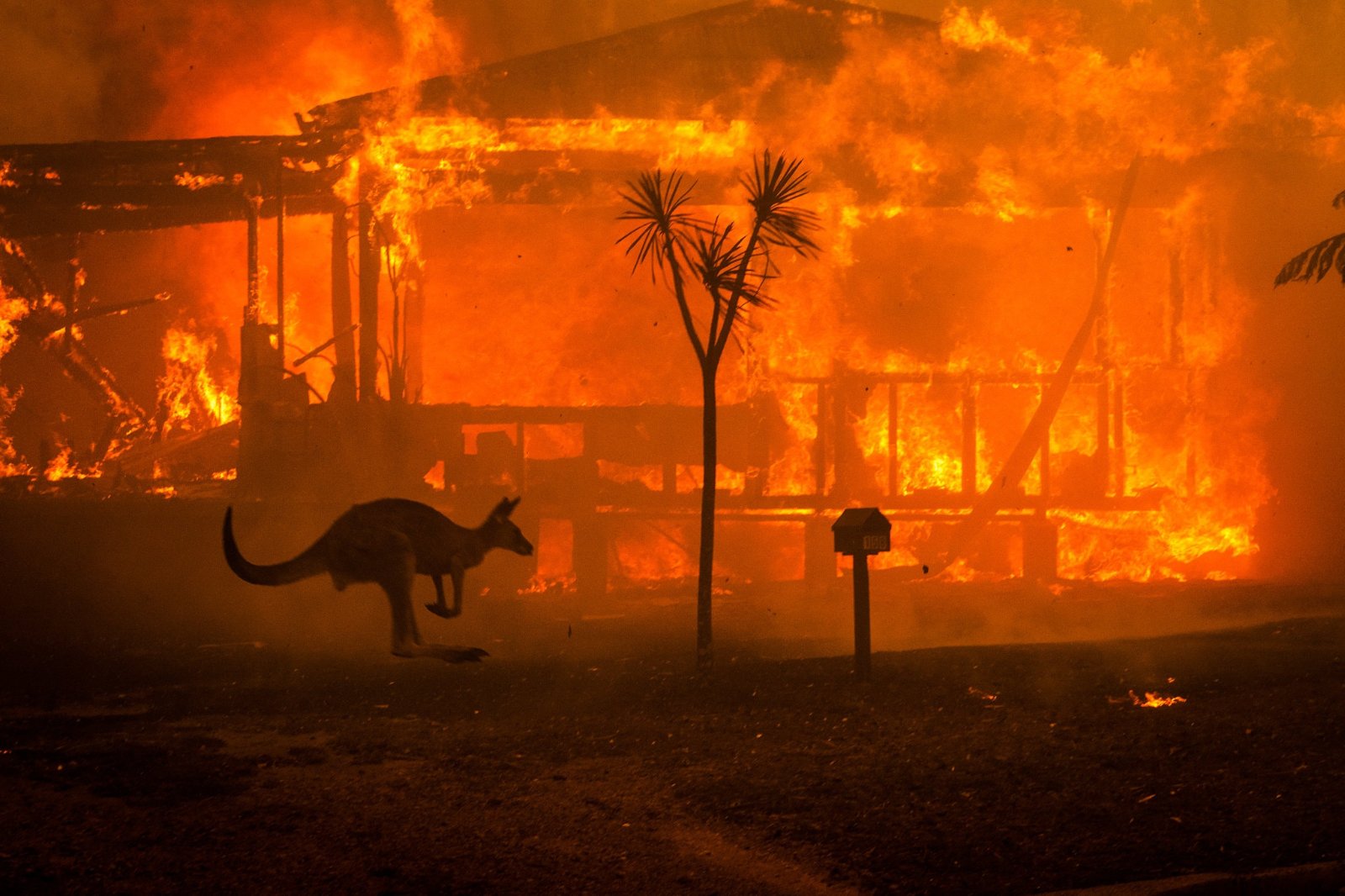 A GoFundMe has been started for the residents of both Corryong itself and those in the surrounding Upper Murray region.

Those inspired to contribute to efforts against the issue at large can also donate here. 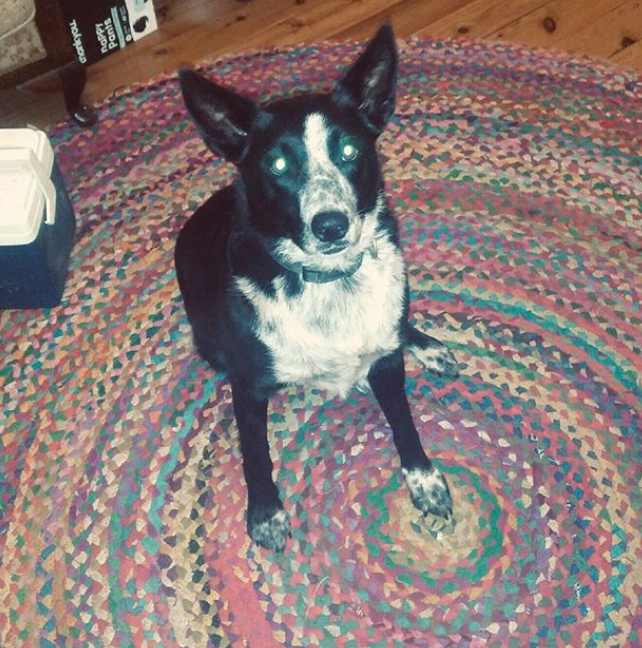 Happy stories like this don't diminish the effects of the disaster. Ranchers in Australia have lost countless livestock, and will continue to lose many more. But thanks to Patsy the Wonder Dog, one herd of sheep is safe and sound.