If you have a penchant for all things spooky and morbid, and happen to be visiting Colorado in the near future, I think I may have just found the perfect hotel for your stay.

According to Refinery29, the Black Monarch Hotel and Venue offers its more darkly inclined guests the chance to stay inside serial killer-themed rooms, and even promises supernatural encounters with the plethora of ghosts that roam its halls.

Hey, you may not get a great sleep, but I guarantee you'll leave this place with a great story to tell.

Located in the Rocky Mountains mining town of Victor, Colorado, this hotel was once a Gold Rush-era casino, saloon, and brothel, so you know it's chock full of history. Visitors to the building have reported inexpiable and strange sightings within those walls, the most common being the ghost of a man who died during a gun fight and who now apparently haunts the venue.

Other people have said they've awoken to the sound of women laughing, or men shouting, only to discover they're the only ones in the entire building.

The Black Monarch's new owner, Adam Zimmerli, has experienced his own strange ghostly encounters in the hotel. 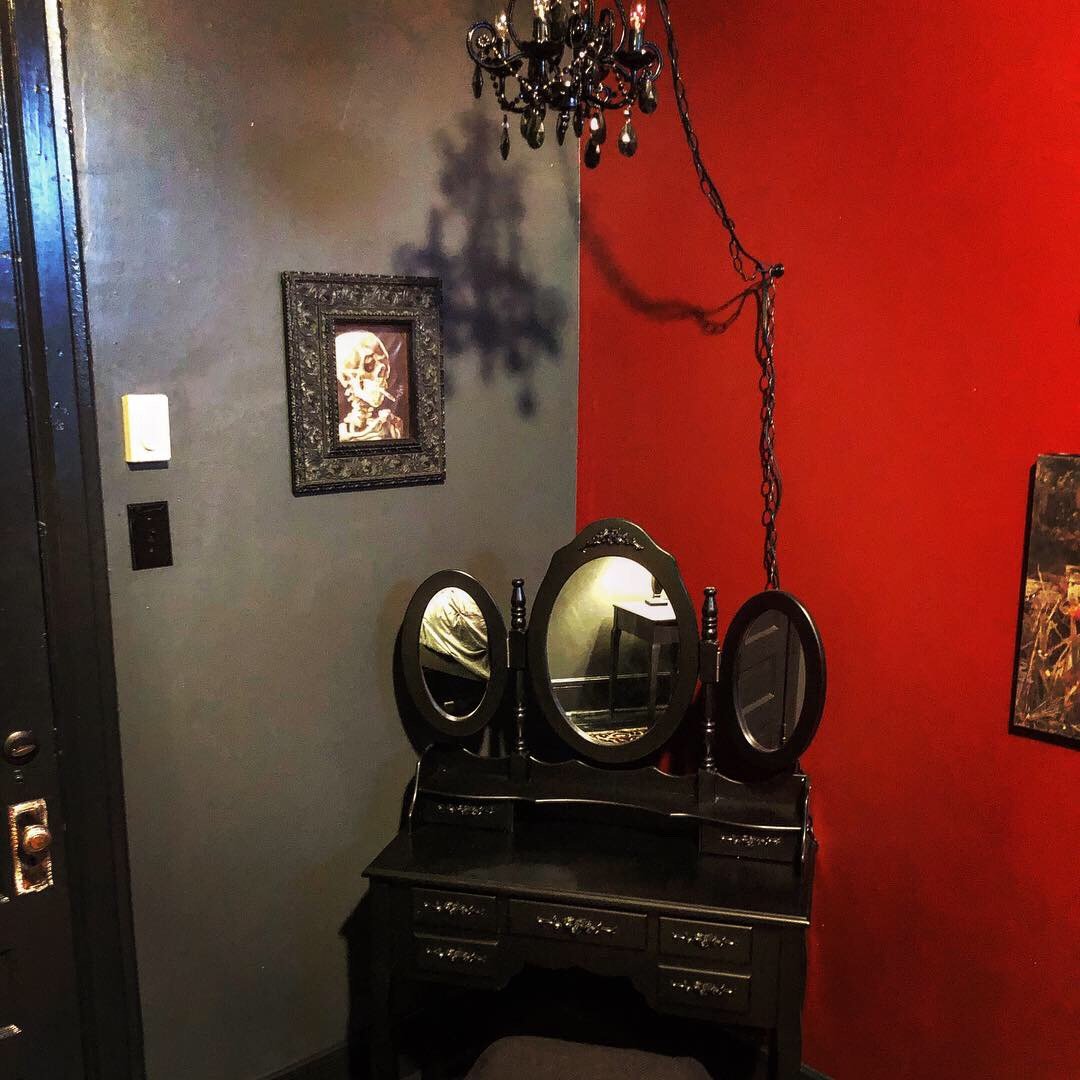 “I was sleeping here by myself one time late at night and there was a lot of activity, movement and sounds,” he told Refinery29. “There was one night in particular that I woke up in the middle of the night and it sounded like someone was walking around the building so clearly.”

Although a ghostly encounter would be enough to send most of us running for the hills, Zimmerli has embraced the hotel's supernatural history: "Let's take it to the full level of haunted."

The hotel lets guests choose from four rooms, each one themed after a historic figure, with some more... *sinister* than others. 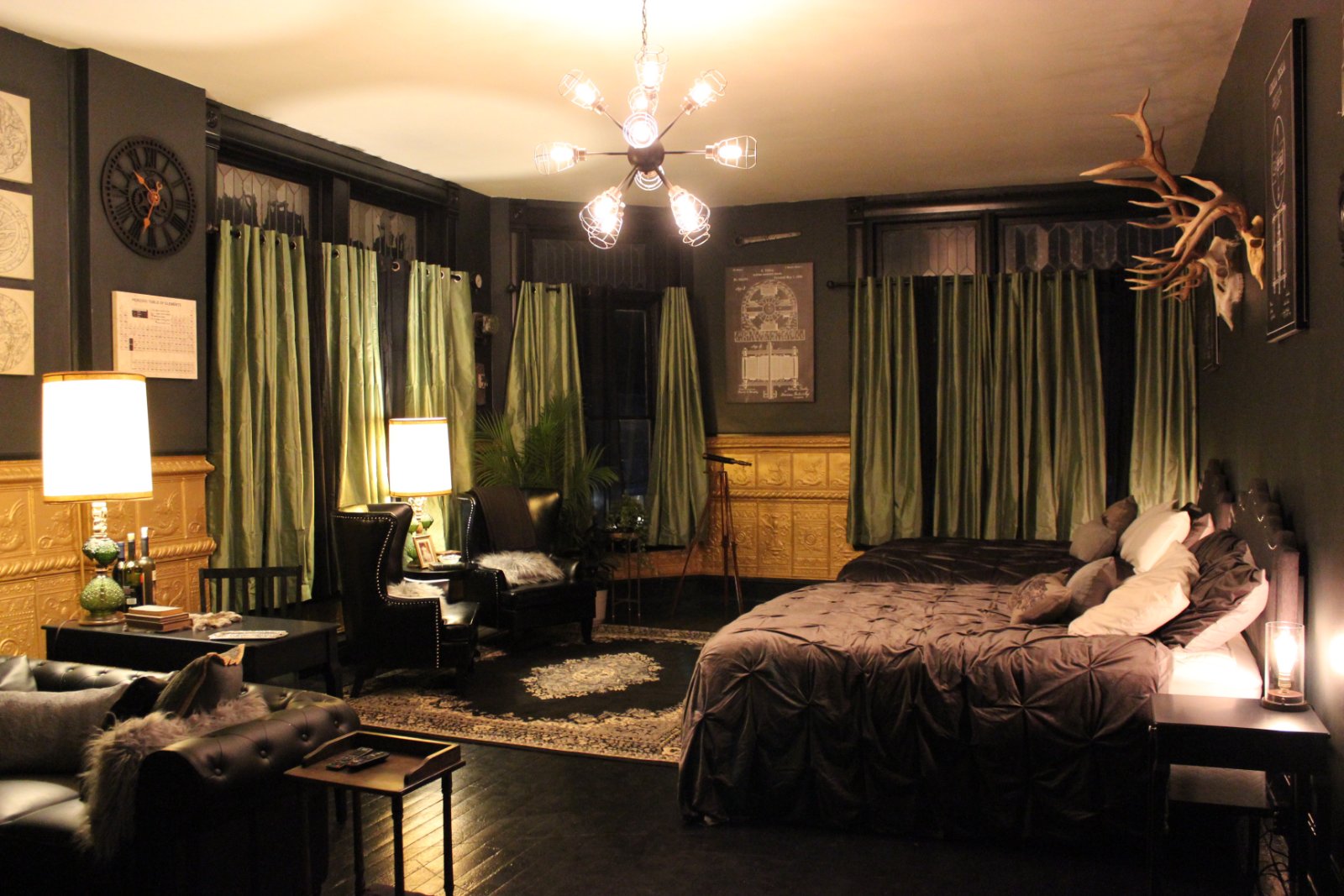 Zimmerli says the most popular room is the Nikola Tesla room, who was rumored to have wired the building back in its infancy. This one's not as scary as it is fascinating, so perhaps that's why it's a guest favorite.

The other rooms are a bit freakier, taking themes from such frightening figures as H.H. Holmes, America's first serial killer, Black Annis, a boogeyman creature, and Elizabeth Báthory, the Hungarian countess who murdered over 600 girls and drank their blood in an effort to preserve her youth.

The Black Monarch's Victorian gothic decor plays well off its spooky theme and surrounds guests with plenty of morbid sights to gawk at.

According to its website, “the self-proclaimed ‘horror hotel’ is packed with curiosities, taxidermy, oddities and trinkets, giving alternative travellers myriad strange sights to explore.”

Guests are also encouraged to get out and explore the tiny, history-rich mountain town of Victor. 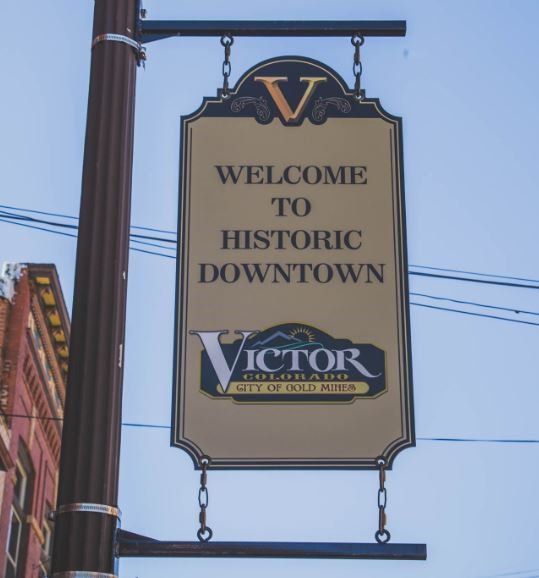 Home to less than 1,000 people, this sleepy nook of Colorado is surrounded by mountains and offers opportunities for visitors to learn more about its mining history. Its core features plenty of venues where guests can enjoy live musical performances, burlesque shows, and even acrobatic circus performers.