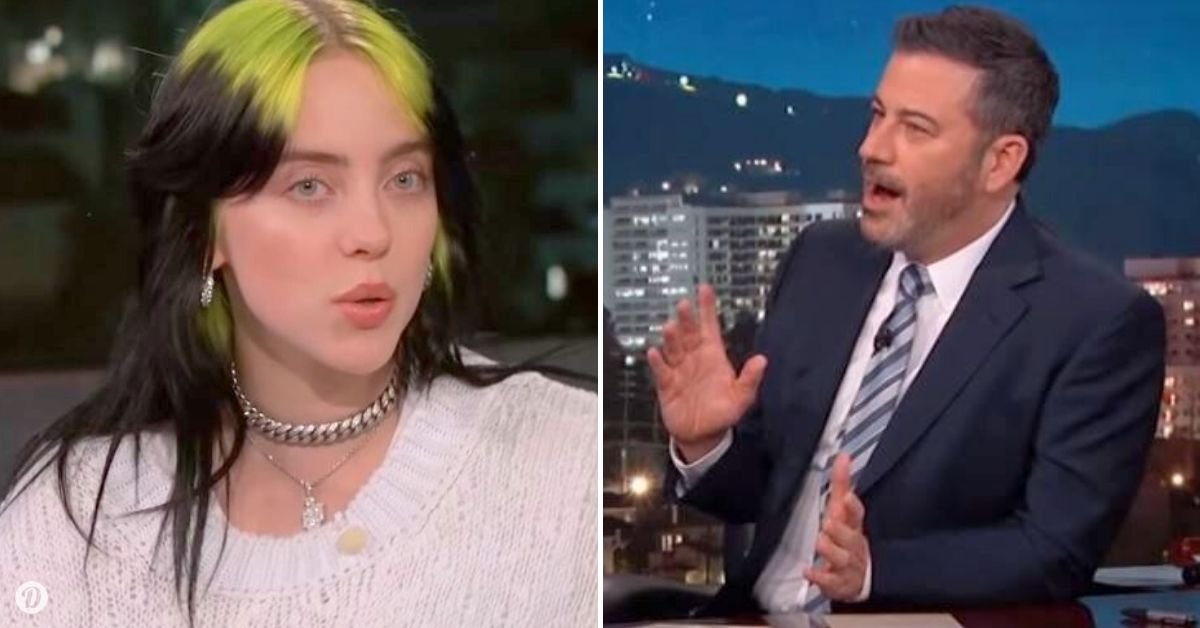 This tea is hot.

Okay, so last week Billie Eilish was a guest on "Jimmy Kimmel Live." 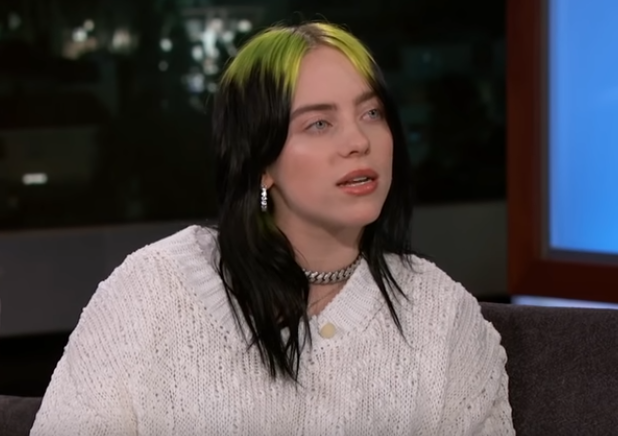 As always, she was an absolute delight.

But the real takeaway from the episode was that Billie, when asked, had no clue who Van Halen was.

When asked by Jimmy to "Name a Van Halen," Billie responded, "Who?" 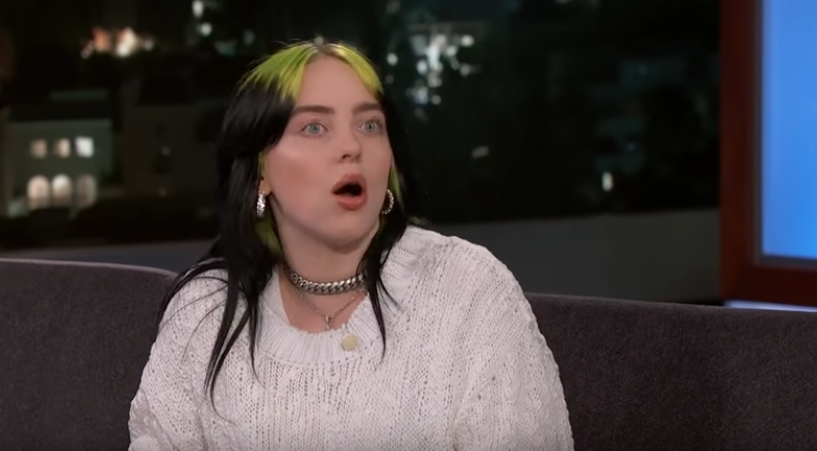 BTW, just to put things into perspective, Billie wasn't even born until 25 years after Van Halen's first album came out. 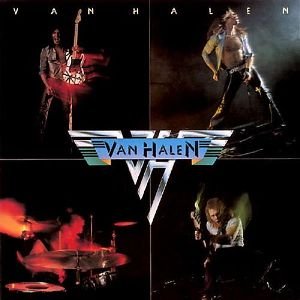 It's really no surprise that she hadn't heard of them.

Basically, the entire older audience of Jimmy Kimmel Live took to Twitter to complain that back in their day, they had to walk 10 miles to school every day, uphill both ways, in snow up to their knees, with no shoes and therefore Billie Eilish should know who Van Halen was.

But the Gen-Z's and Millennials fought back.

To put things even more into perspective, Billie Eilish was born one year AFTER the release of "Lord of the Rings: Fellowship of the Ring".

Really think about that...

This person pointed out that anybody up in arms over Billie Eilish not knowing who Van Halen is are the same middle-aged people who probably don't know who Lizzo is.

Or Shawn Mendes, or Halsey, or Ariana Grande — the list goes on.

Twitter was absolutely out of control over Billie not knowing who Van Halen is, even though it's not a big deal whatsoever.

I mean, Van Halen was trending on Twitter for the first time in, probably, decades.

Others are having fun with the concept of younger generations not knowing about things that were relevant to pop culture a million years ago.

It's the same way that anyone born this year will probably have no idea who Cardi B is by the time they're teenagers.

It's the pop culture circle of life, baby.

Some fans are actually jealous of Billie for not knowing who Van Halen is.

She has the chance to never have to subject her precious ears to "Hot For Teacher" — a chance the rest of us never really had...

This is by far the best tweet that has come out of this whole thing:

Billie simply asking "Who?," when the name Van Halen was brought up made an absolute mess of the Internet.

It was blown incredibly out of proportion.

But nonetheless, Billie feels a tad embarrassed for being called out on national TV. 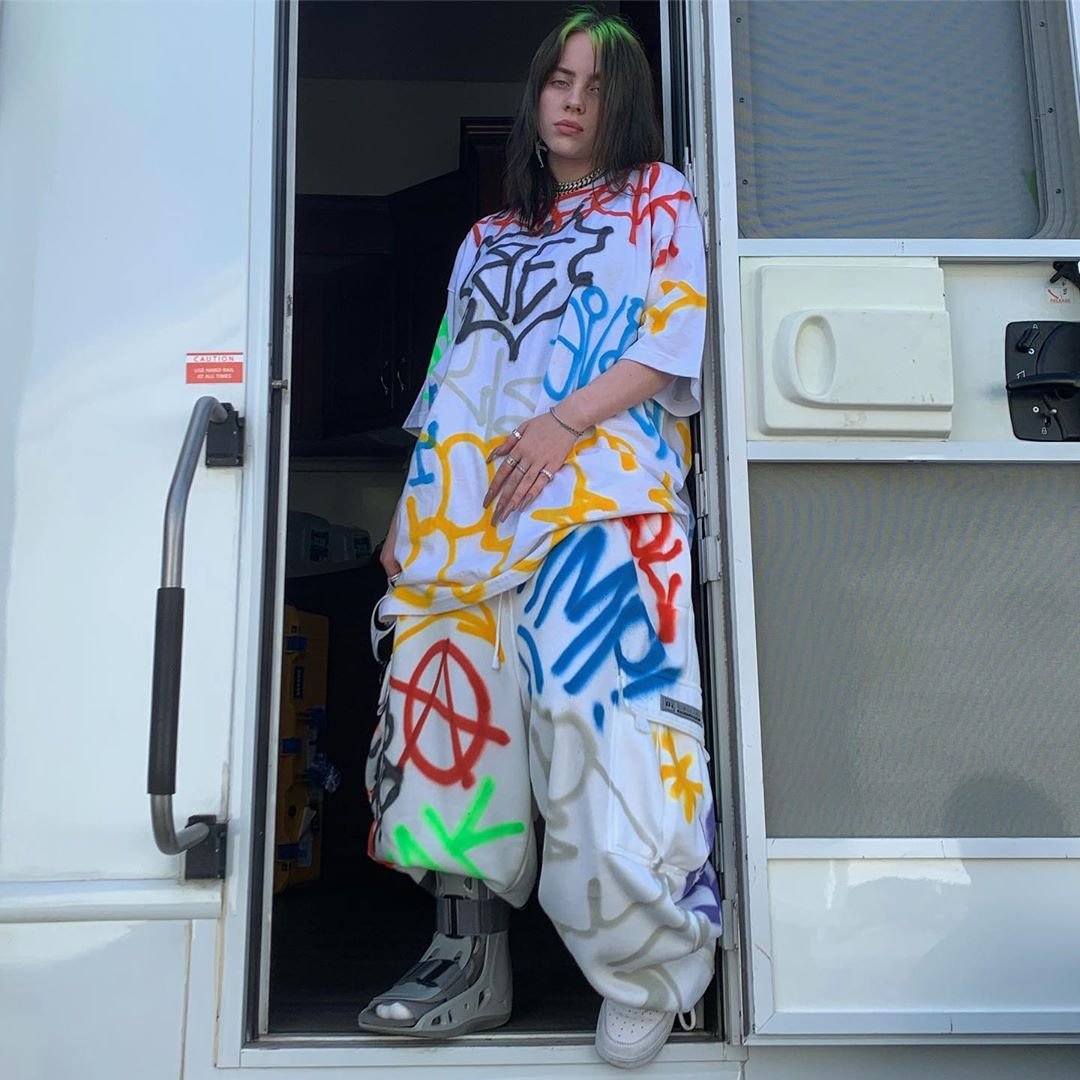 Yesterday, after winning an award at Variety's Hitmakers Event, she gave an acceptance speech that we're 99.9% sure is a dig at Jimmy Kimmel. 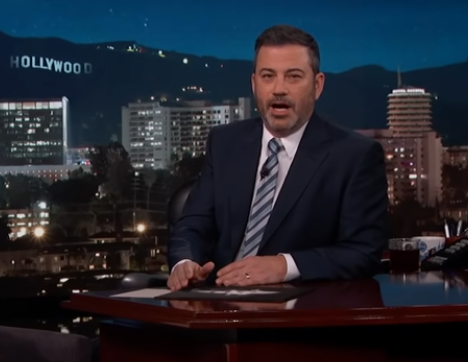 After all, he did quiz her on 80s musicians, probably with the intent to watch her fail.

"Thank you so much, Variety — thank you for not making me look stupid like everybody else wants to do on TV — love that." 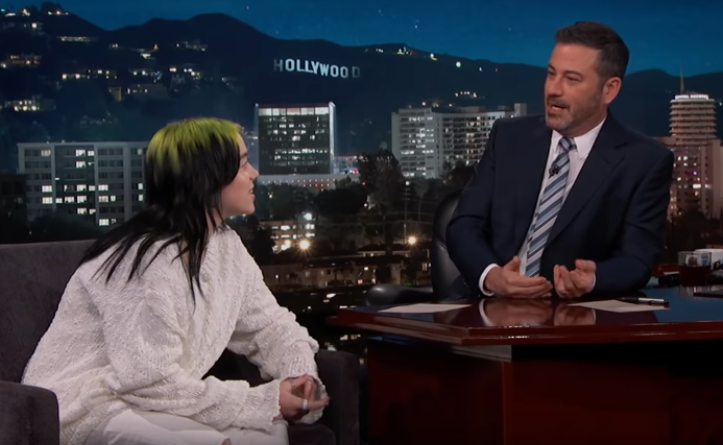 That sure sounds like it could be about Jimmy...

But she very quickly turned the rest of her speech into a more wholesome, gracious, heartfelt nod to her older brother. 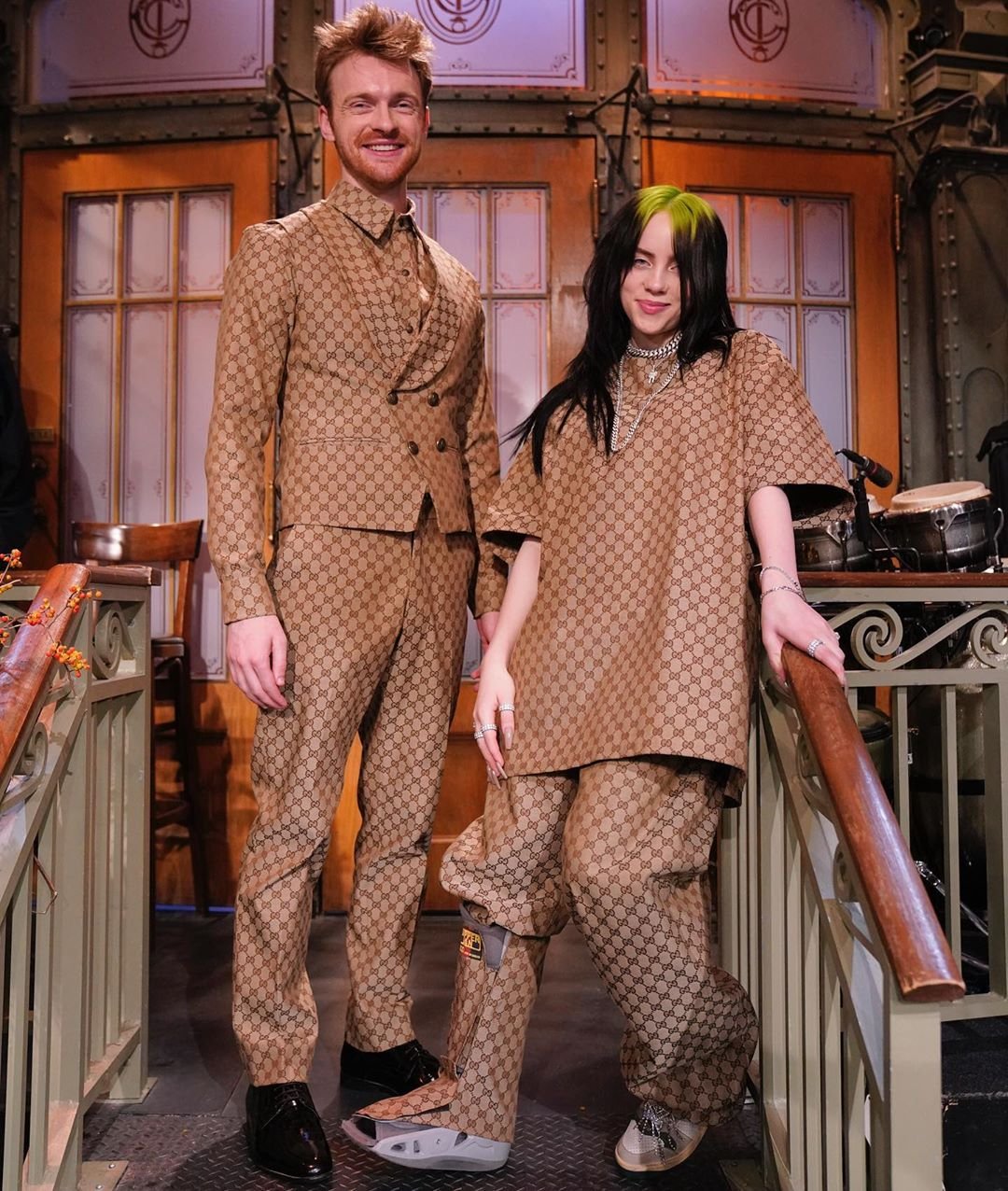 "A big thank you to my big brother Finneas," she added.

"Finneas is my best friend, my big brother, he’s four years older than me and we’ve been best friends kinda forever."

"We started making music together when I was 13 and he was 17; he produces everything."

She made sure not to make the focus of her speech Jimmy Kimmel, but her big brother instead. 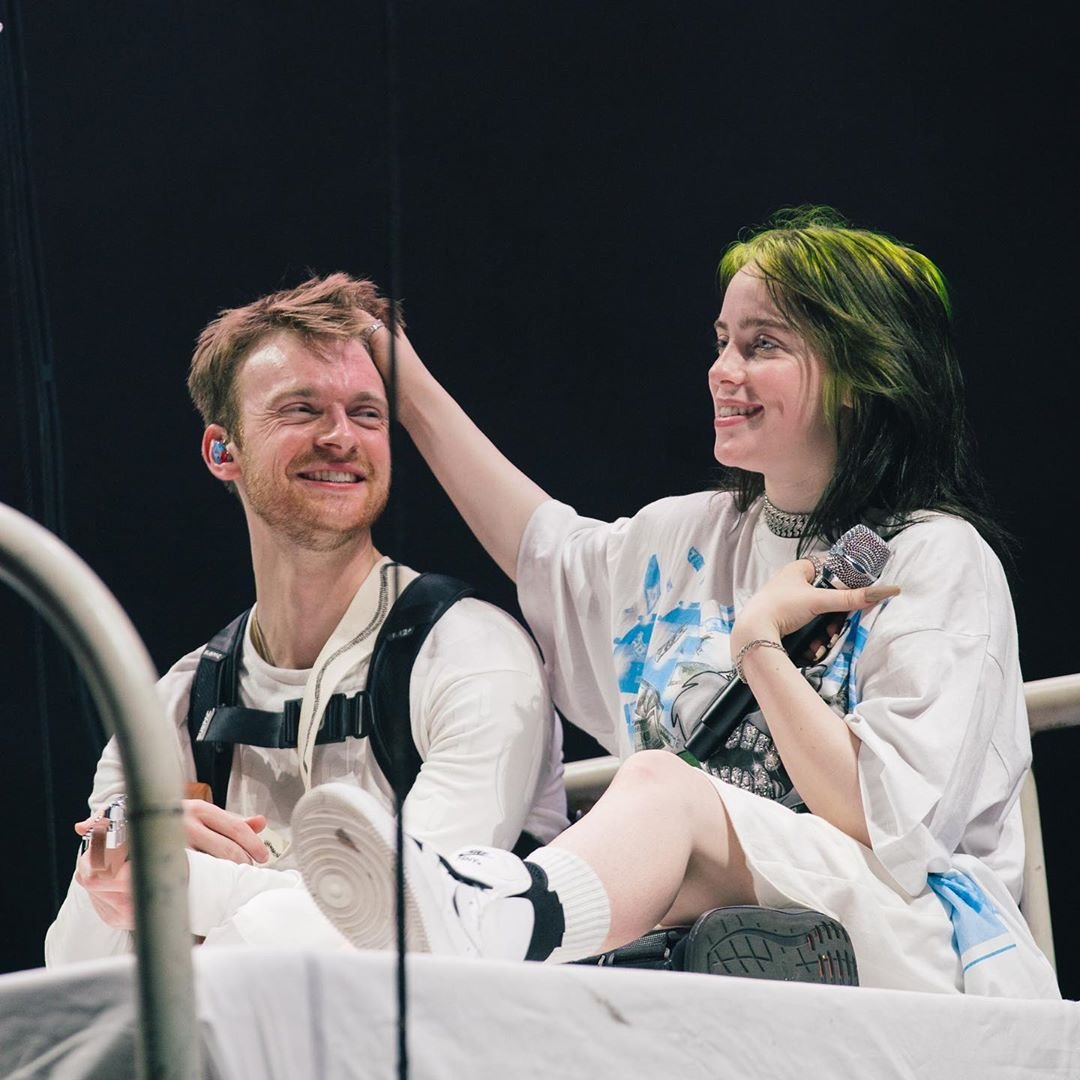 Anyway, that's about the gist of it. There's no telling for sure if her comment was actually about Jimmy Kimmel. But we're probably right to assume it was. 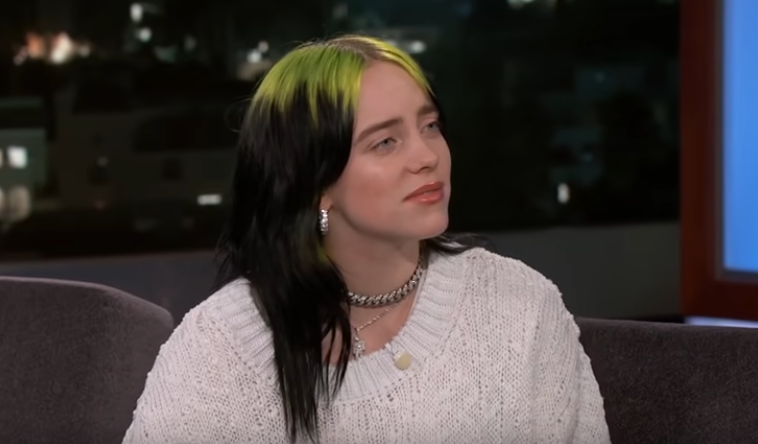 Let us know if you think Billie Eilish shaded Jimmy Kimmel for "making her look stupid" on TV in her acceptance speech at Variety's Hitmakers Event!