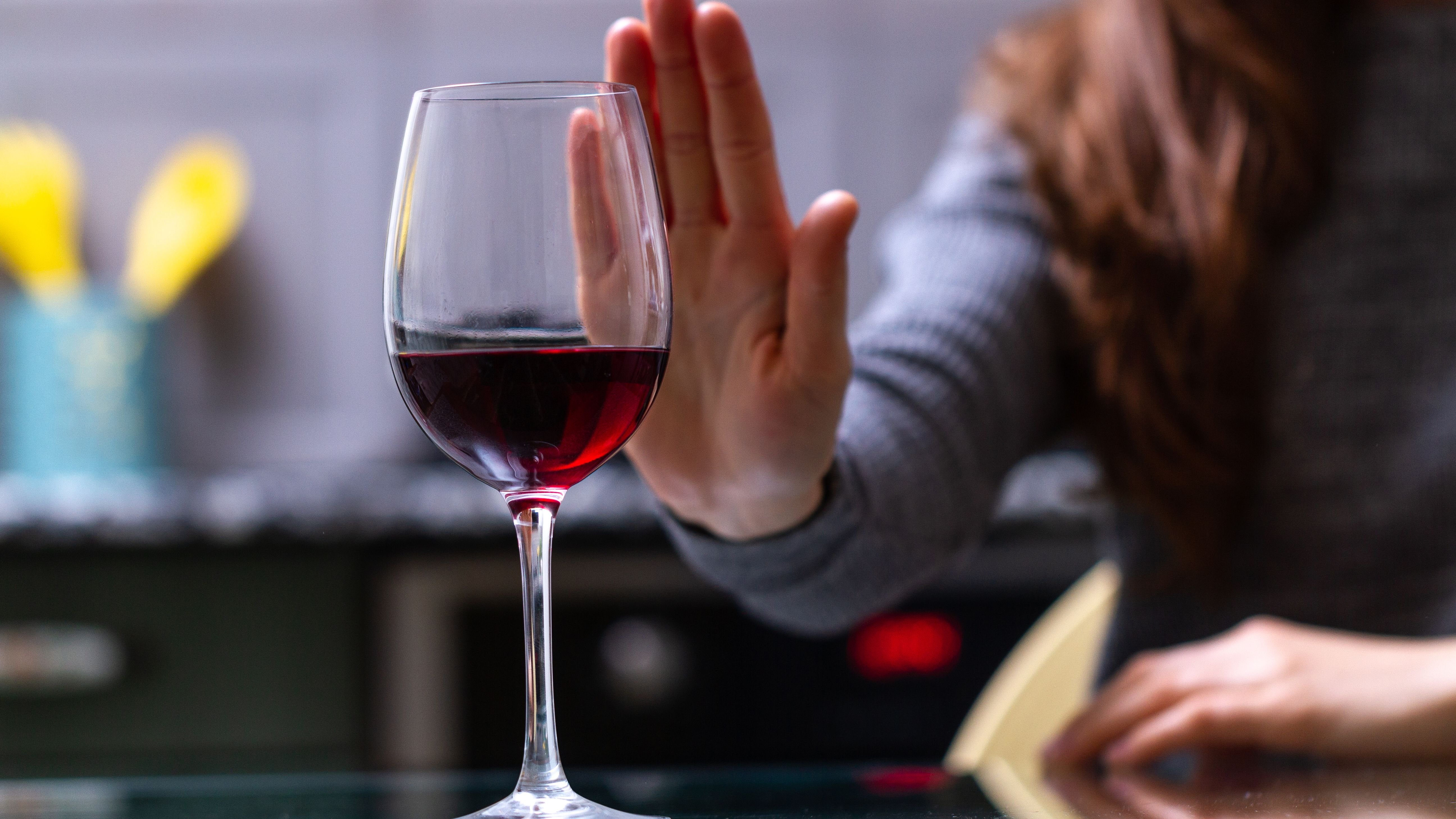 While there are many stages in one's marital life, getting pregnant and becoming expectant parents is one of the trying times. These are the times when a pregnant person's senses are heightened. This means one could get highly irritated by a number of things that did not use to matter. While it affects the pregnant woman, it also has an effect on those around her especially her husband, because these are the moments where habits need to be dropped or made minimal.

A Redditor who's currently going through this delicate stage with his pregnant wife had an altercation over her heightened senses and has been wondering if he did wrong. Taking to the AITA platform, the Reddit user shared the story about how his alcohol intake habits made his pregnant wife uncomfortable.

The Redditor's Wife Could Not Stand The Smell Of Alcohol 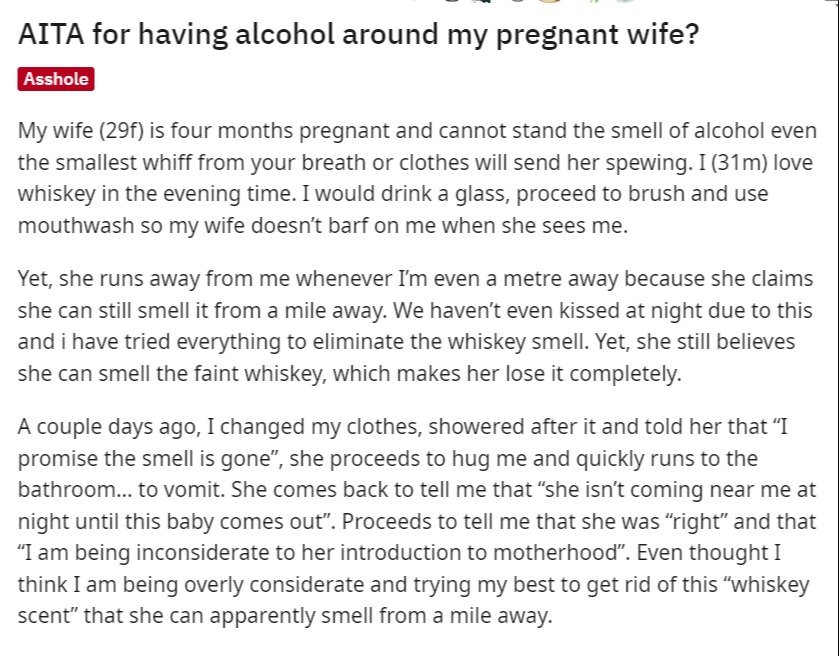 He Took A Cup Of Whiskey Every Evening

According to the 31-year-old Redditor, he had a pregnant wife who could not stand the smell of alcohol. The 29-year-old lady who was four months gone would throw up at the slightest scent of alcohol.

She has zero tolerance for any liquor, and her sense of smell was so sharp she could sense the odor from afar. The only significant challenge she had was that her husband loves alcohol.

He had a tradition of drinking whiskey in the evening and he could not stop. He instead tried to find ways to get rid of the alcohol smell after every evening. The man would brush his teeth and use mouthwash just so he could make his wife comfortable.

However, all of this did not work as she claimed she could still smell alcohol on him. The Redditor said his wife would run away from him and night kisses were gone.

He continued to find ways to eliminate the whiskey smell after every evening but it did not work. The pregnant lady would feel nauseous whenever she saw her husband and this was their regular routine.

One day the Redditor went the extra mile to minimize the whiskey after-effect. He claimed to have had a good shower and changed his clothes before meeting his wife. But, as she tried to hug him the lady quietly retracted, and ran into the bathroom to vomit.

When the lady was done in the bathroom she told her husband they would no longer be together at night until the baby was born. She also told the Redditor that he was inconsiderate of her condition.

While the lady felt that the Redditor failed to consider her "introduction to motherhood," he believed she was overly considerate as he tries his best to get rid of the whiskey scent”.

The lady proceeded to move into the guest bedroom after informing her husband about her decision but the Redditor thinks she overreacted. However, the wife clarified that she was not trying to cause any trouble but she simply could not stand the smell of alcohol.

After sharing the story, the narrator wanted to know if any of his actions had been wrong as he believed he had tried his best to make his pregnant wife comfortable. Check out other Redditors' input on the situation:

OP Could Try Doing Away With The Whiskey

Op Could Consider Checking Himself For Addiction Issues

Op Is Labeled YTA- Sensitivity During Pregnancy Is 'No Joke'