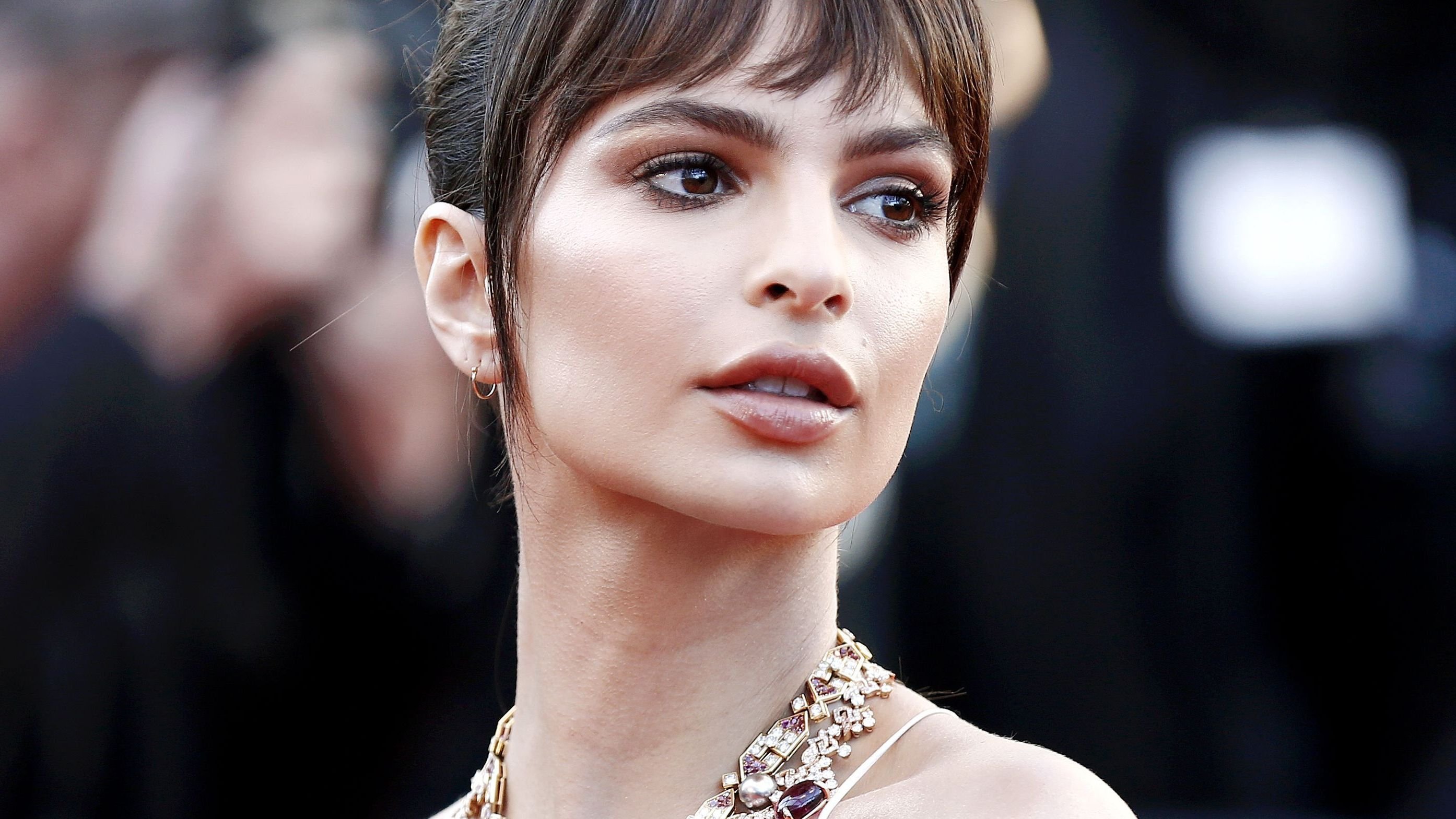 Gone Girl star Emily Ratajkowski burst onto the scene by appearing on the hit song Blurred Lines. Ratajkowski immediately went viral for bearing it all in a video that at the time received a lot of criticism for the way it portrayed women. However, since her debut on the big stage, Ratajkowski has transformed herself into a multifaceted individual. The former child actor is now a podcast host, designer, author and so much more. She has now also established herself as a fashion icon who is often spotted wearing the most daring outfits at the biggest events.

Today, we take a look at some of her most iconic outfits.

Emily Ratajkowski started her Inamorata swimwear line in 2017. The brand initially only sold swimwear but has since ventured into dresses, lingerie, and more. Over the years, the leopard print bikini has become synonymous with the brand. In a recent video, Emily is seen pulling off her best poses to promote her upcoming launch. No one rocks an Inamorata leopard print bikini better than the queen herself. 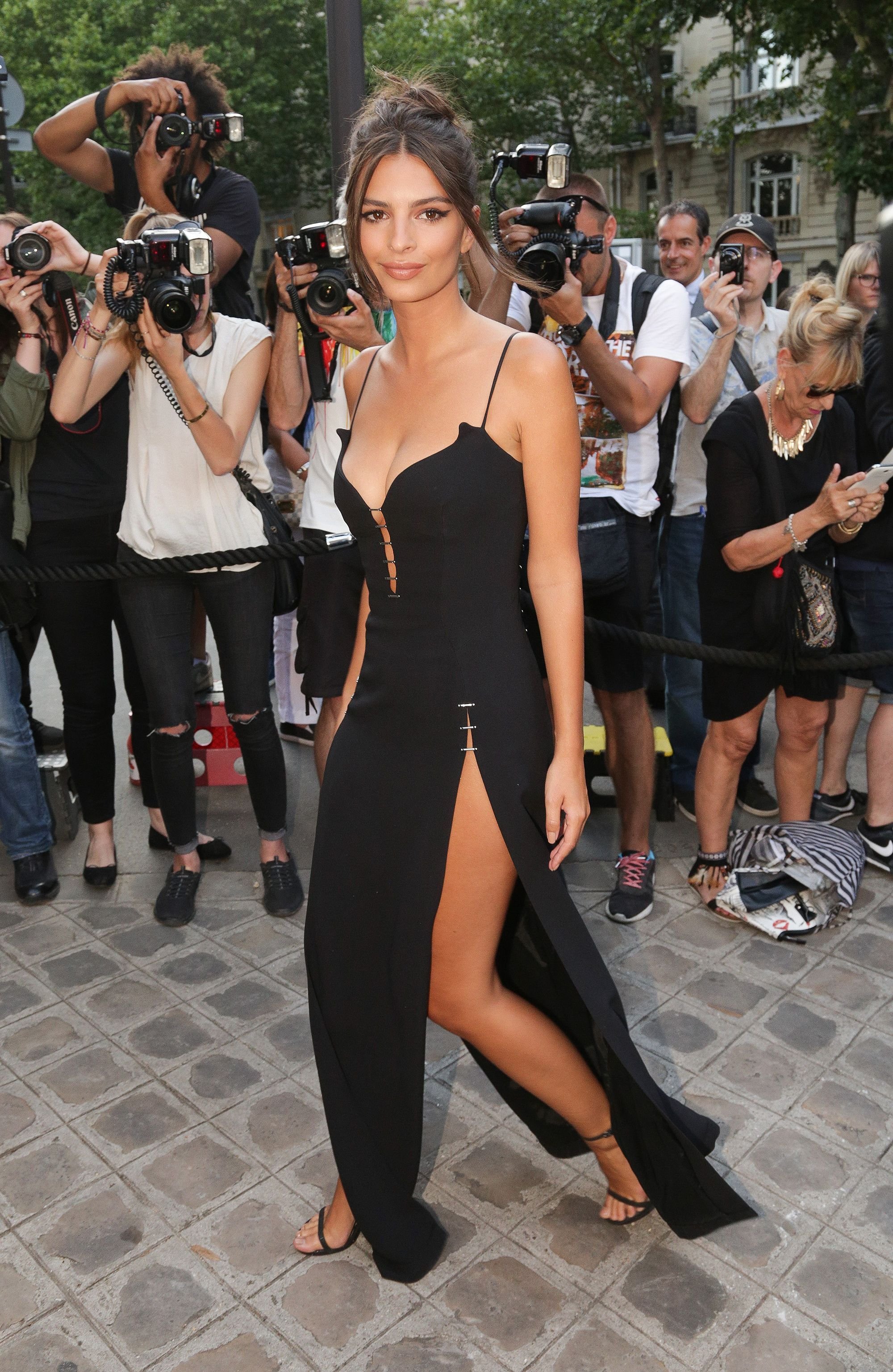 Some outfits worn are so iconic that they warrant a second display. That was exactly the case when Emily Ratajkowski donned a Versace safety-pin dress that was made popular by Elizabeth Hurley who wore the exact same outfit for a movie premier in 1994. 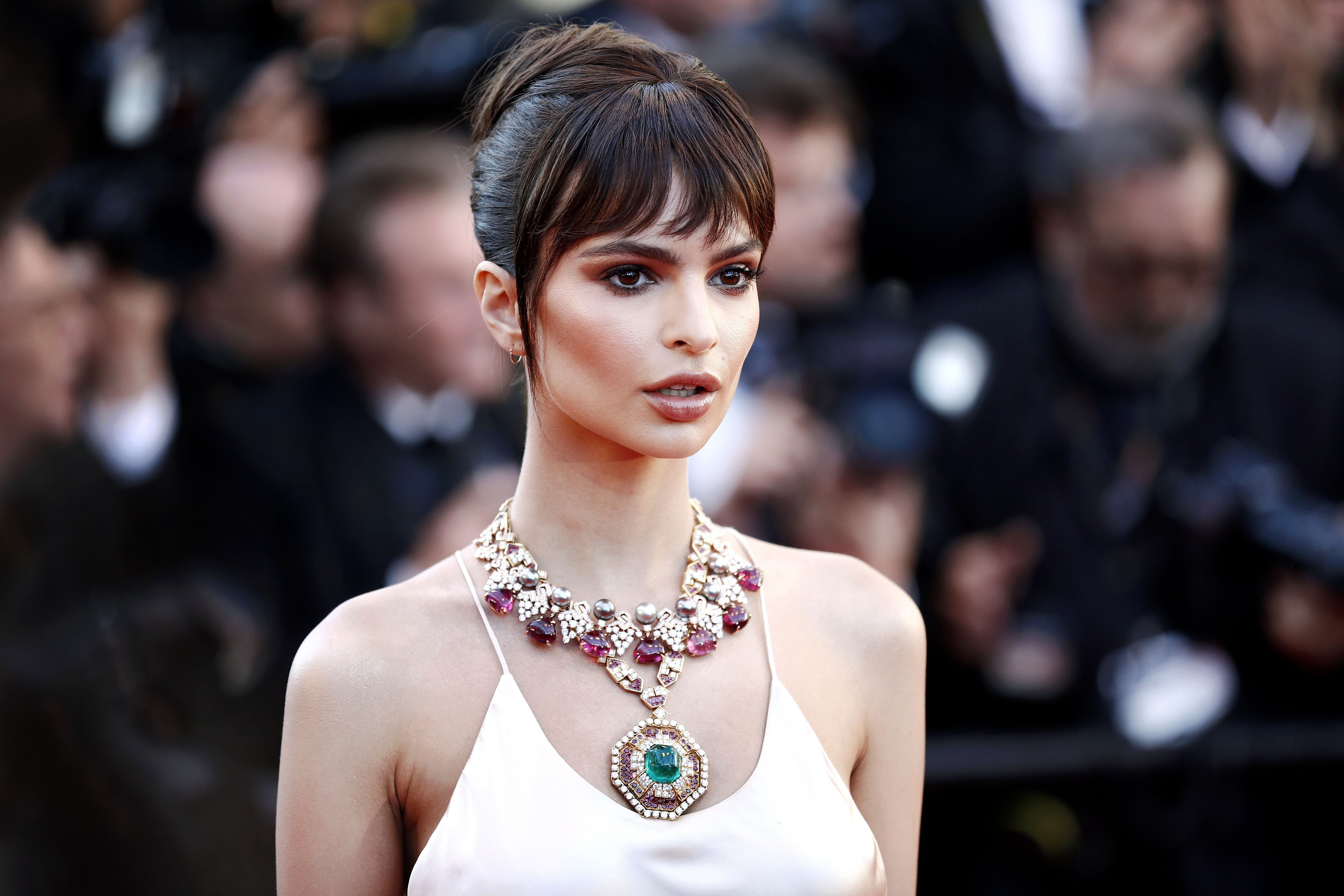 At the 2017 Cannes film festival, Ratajkowski stole the show with her outfit. She was spotted wearing a champagne twinset gown with a high slit. In addition to that, she had a huge piece of jewelry adoring her neck and had her hair tied back in a bun. An extremely elegant look fit for the occasion. 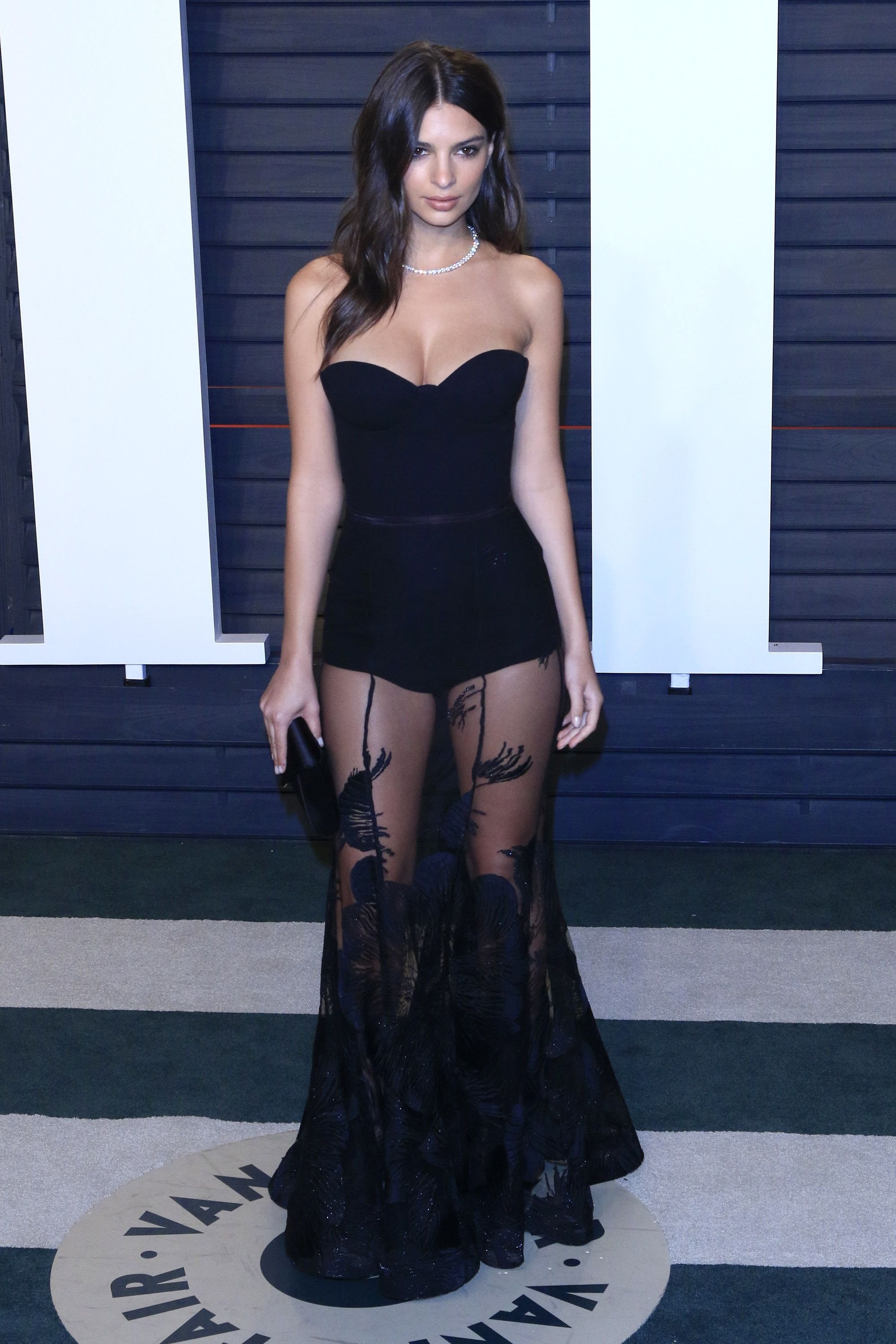 Emily Ratajkowski showed up to the 2016 Vanity Fair Oscars Party wearing a stunning Steven Khalil couture gown in black. The dress had a low cut in the front showing ample cleavage. The Khalil gown was also backless and had a lot of sheer fabric showing off her long legs. 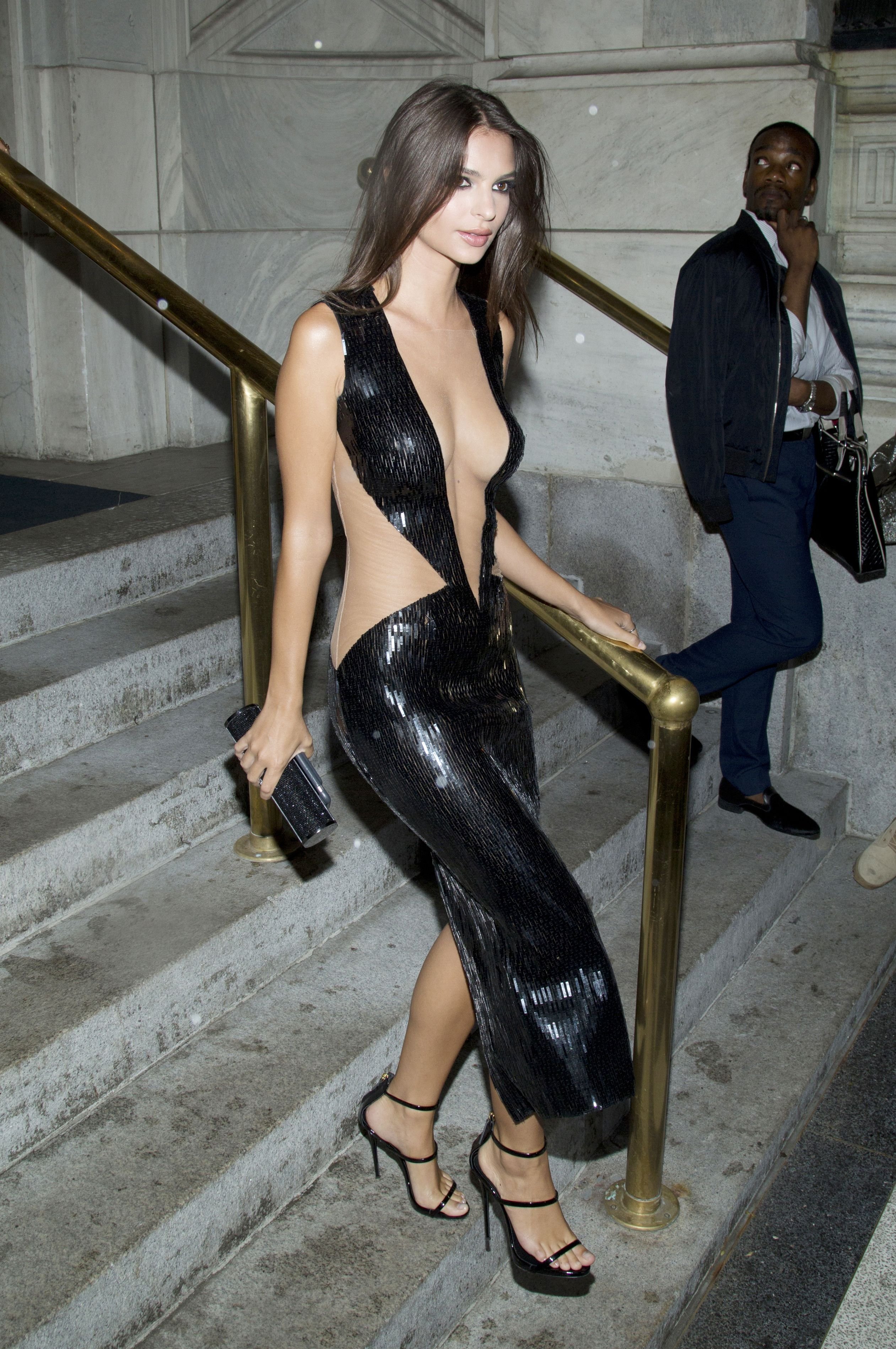 At the 2016 Harper's Bazaar Icons party, Emily Ratajkowski stole the show with her sequined cut-out dress by Julien Macdonald. The dress had an extremely low cut in the front going down all the way to her belly button. The dress boasted cutouts on the sides as well, perfectly showing off her well-toned hips and midriff. 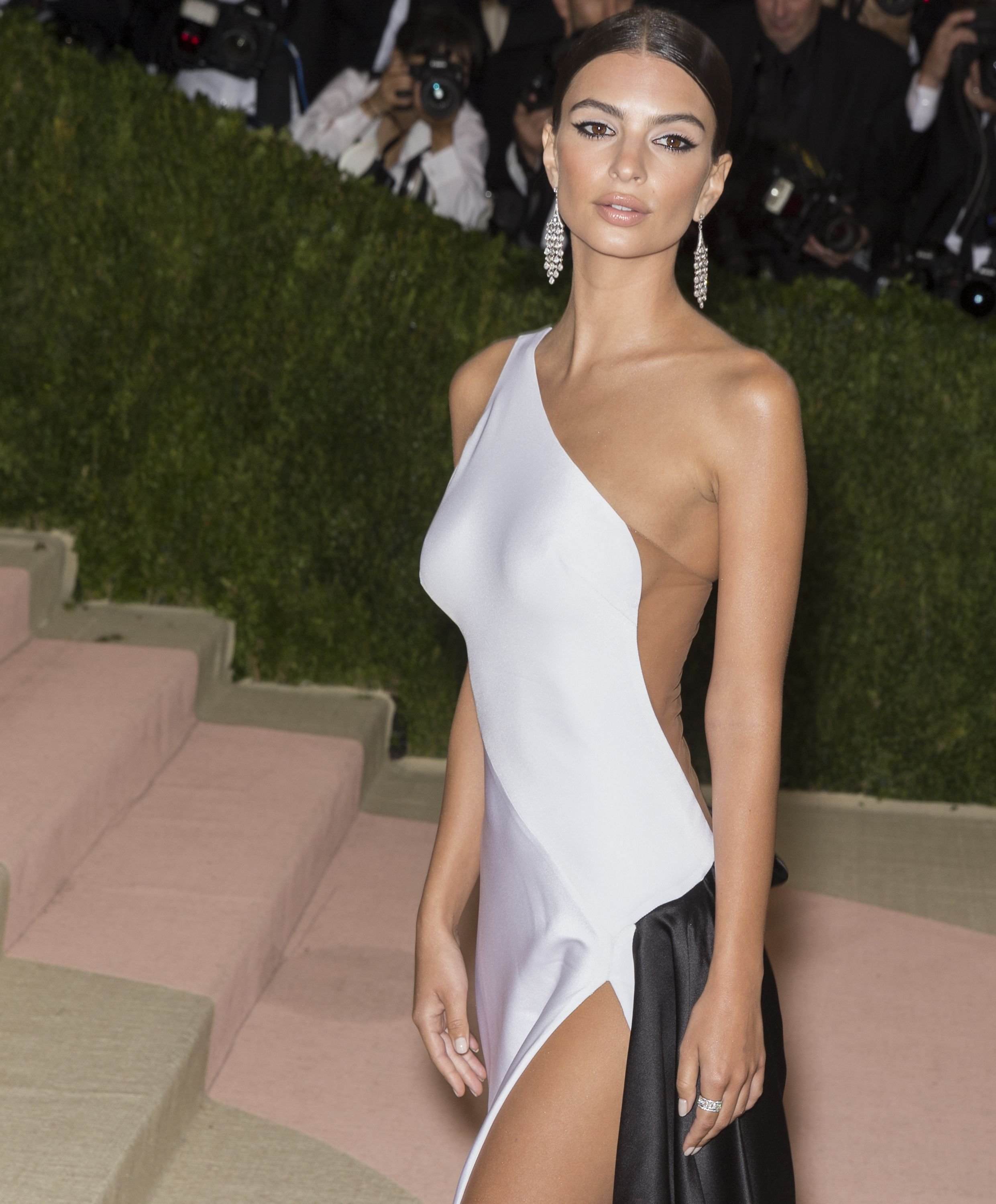 For the 2016 Met Gala, Ratajkowski graced the red carpet with a one-shoulder Prabal Gurung gown. The dress had mesh elements on the side and a high slit to compliment her figure. 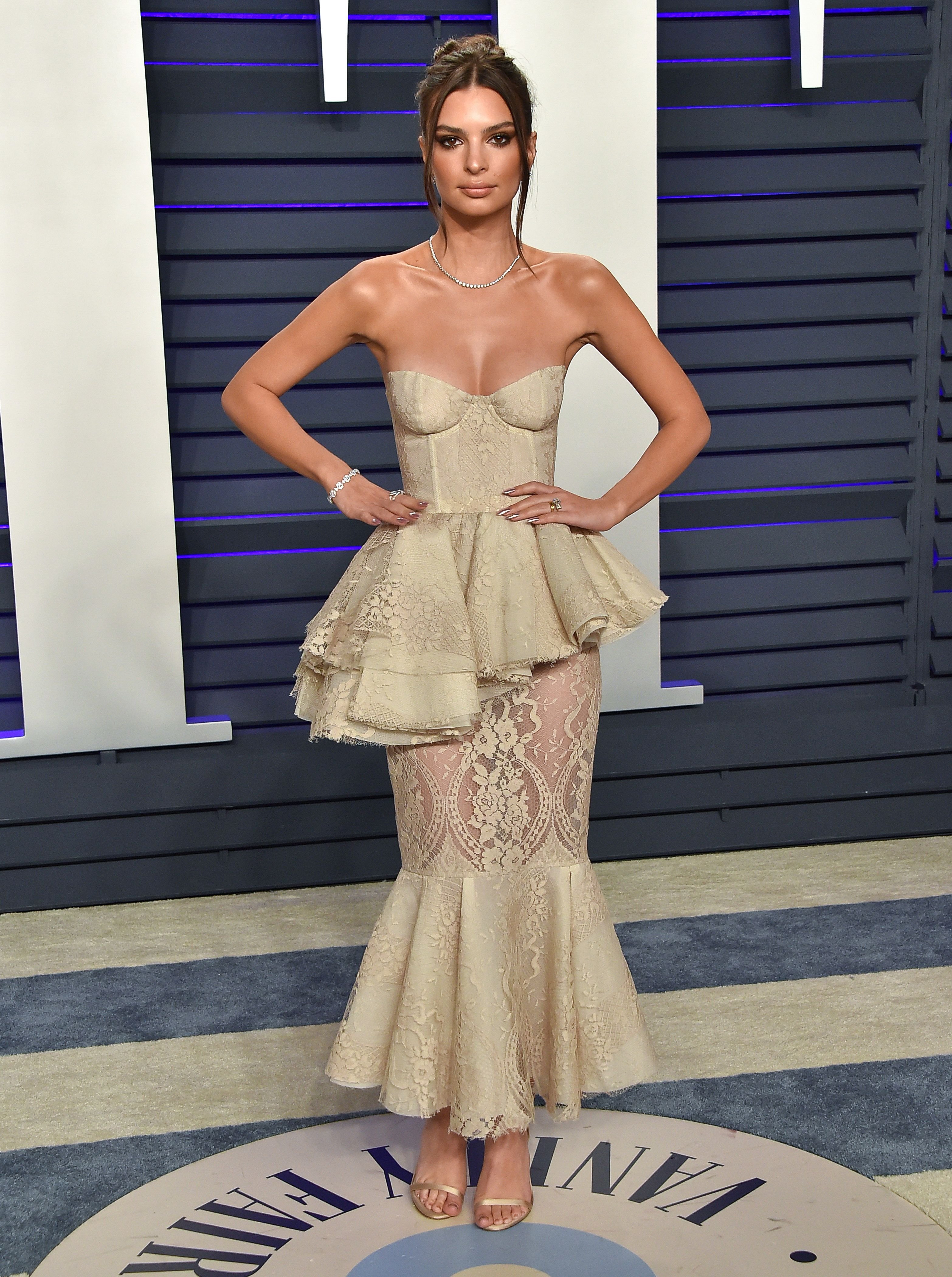 Ratajkowski wore a beige strapless peplum gown by Brock Collection for the 2019 Vanity Fair Oscars party. The dress had a lot of different elements to it and was put together beautifully. It perfectly complimented the magnitude of the event. 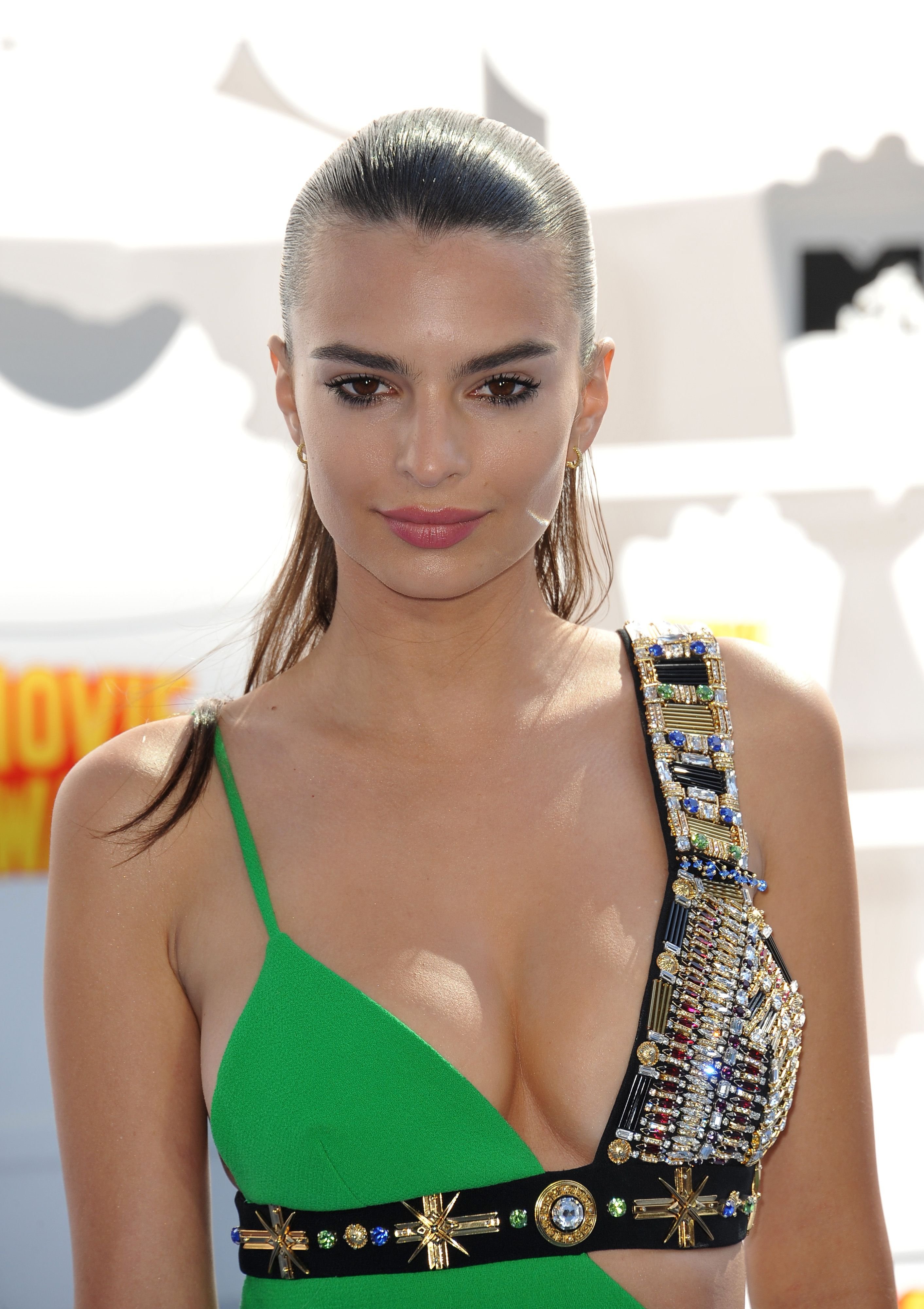 At the 2015 MTV movie awards, Ratajkowski wore a green and sequined cutout Fausto Puglisi mini dress. She wore her hair sleeked back to accentuate the edgy look. 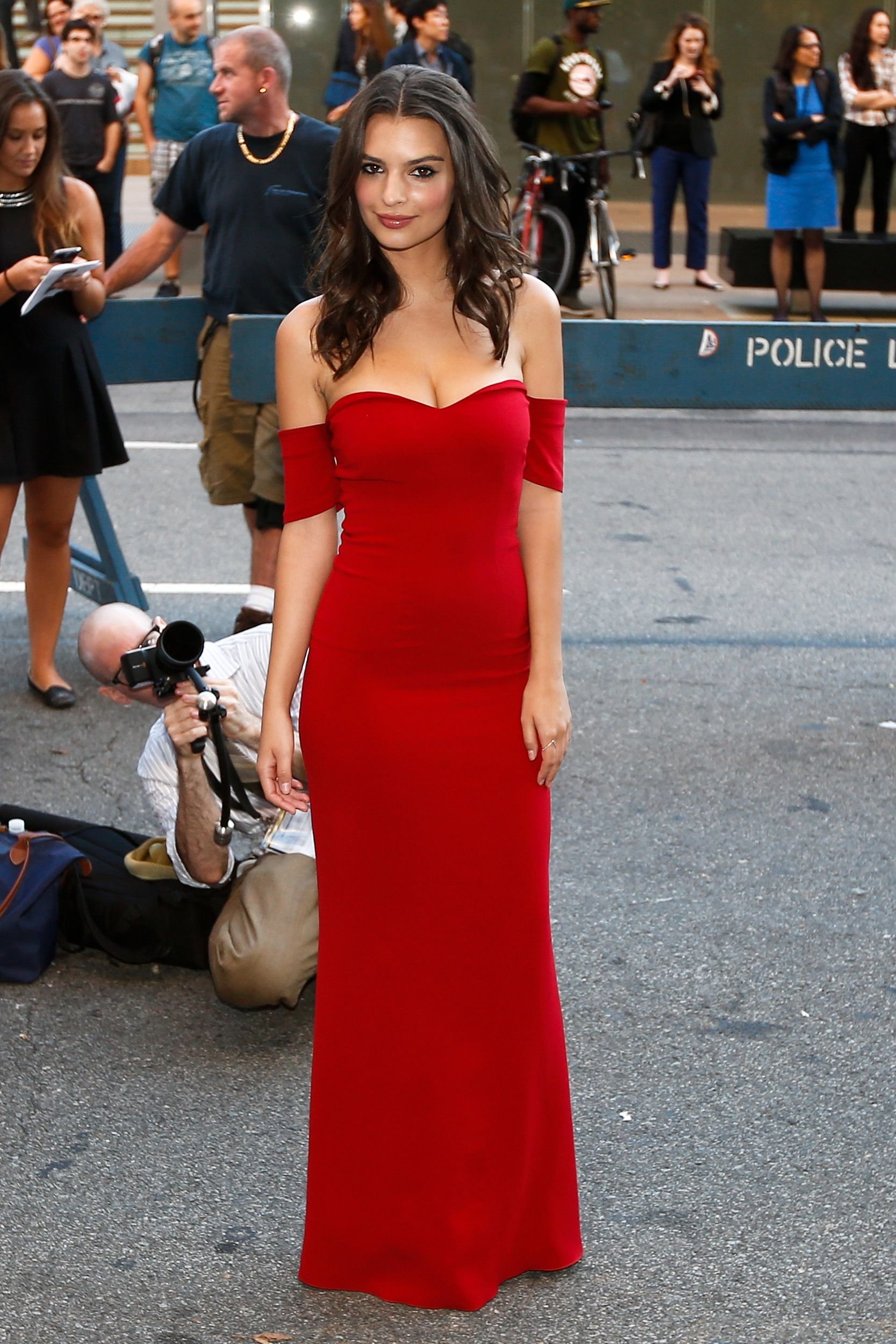 In what was one of her first iconic outfits, Ratajkowski wore a red Safiyaa off-the-shoulder dress to the 2014 New York Film Festival. The dress perfectly hugged her figure in all the right areas while looking extremely elegant at the same time.