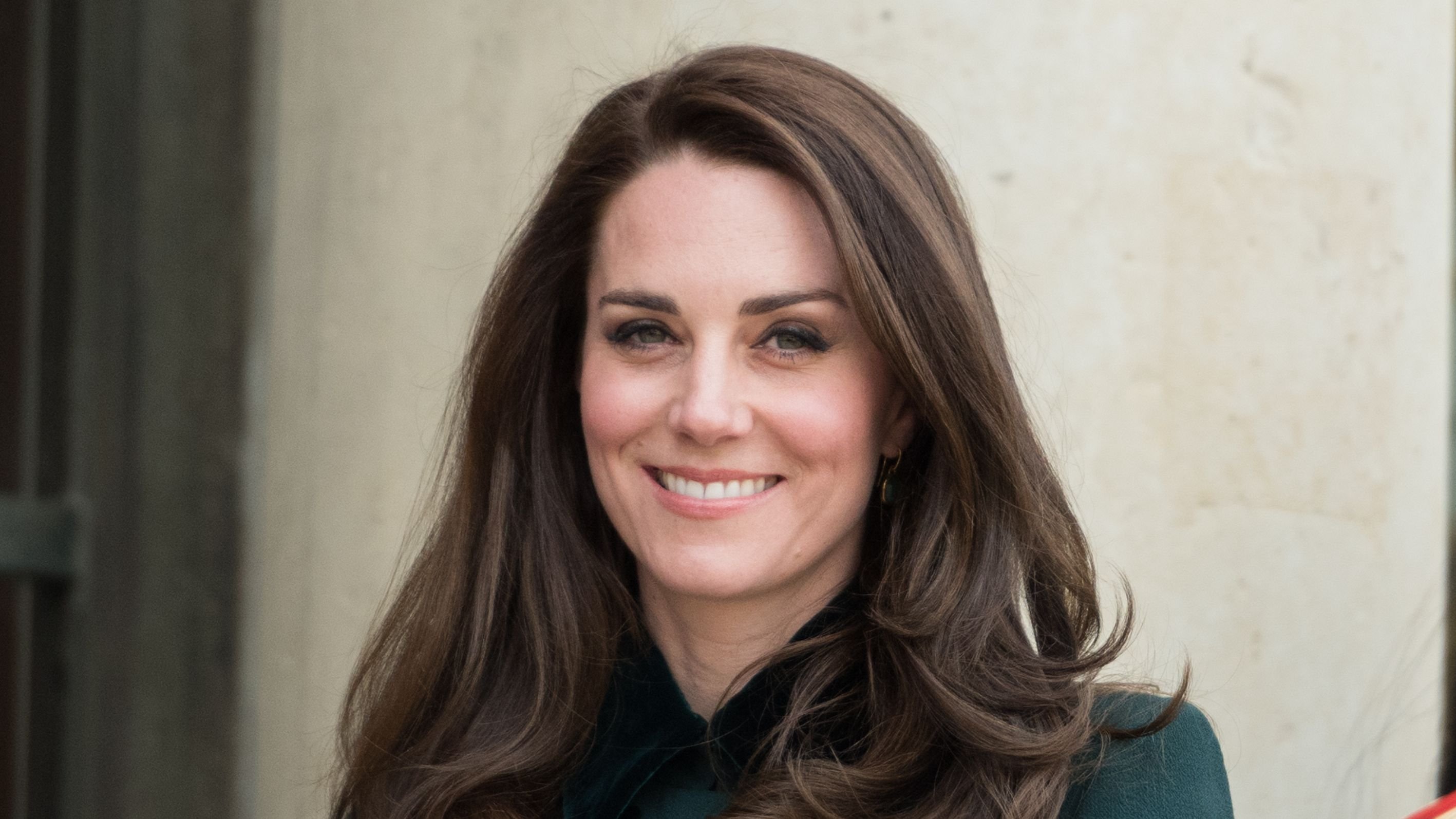 Catherine, Princess of Wales, was quite the fashionable royal as she joined her spouse, Prince William, and other royals during the recently hosted state banquet. The event marked Kate's first banquet since she became a princess. The public figure looked stunning as always rocking a spectacular look and keeping it stylish with some jewelry from the royal family's coffers. While the princess stood out in all her fashion glory, she paid homage to three women from the royal family with her jewelry choice.

Princess Kate's Look Was Reminiscent Of Some Royal Fashionistas Before Her

The British royal dressed up for the occasion which was held at Buckingham Palace to welcome the President of South Africa, Cyril Ramaphosa. According to reports, the president paid a visit for two days. However, Kate did not leave any stones unturned as she looked every bit like a princess. Paying tribute to Queen Elizabeth II, Princess Diana, and Queen Mary, Kate rocked the famous Lover's Knot Tiara.

The heads piece which is adorned with drooping pearls and diamonds was first known as Queen Mary's Lover's Knot Tiara. When Queen Elizabeth II ascended the throne, the Tiara was remodeled after another piece known as the Cambridge Lover's Knot Tiara. During her lifetime, Princess Diana was known to rock the jewelry piece many times.

Prior to sporting the monumental item at the state banquet, Princes Kate has rocked the Lover's Knot tiara at other times. These include the annual diplomatic reception hosted by Queen Elizabeth in 2015 and 2016. She was also seen wearing it at the State Banquet held for the King and Queen of Spain in 2017.

She Rocked A Wedding Dress

Still from the royal coffers, Kate adorned her wrist with a layered pearl bracelet that once belonged to Queen Elizabeth and a pair of dangling diamond-and-south-sea earrings known as the Horseshoe and Laurel earrings, pre-owned by Princess Diana.

The 40-year-old's choice of outfit was a classy wedding dress from Jenny Peckham's 2021 bridal dresses collection. The regal outfit was a floor-length cape-style dress that bore embroidered details on the shoulders.

The outfit bore long slits on its sleeves revealing Kate's ring. She spiced her look with a white clutch purse while adding a more official outlook with her Royal Family Order of Elizabeth II, a blue sash, and a star. The sash and star represent Kate's role as a Dame Grand Cross of the Royal Victorian Order.

Inside The State Banquet 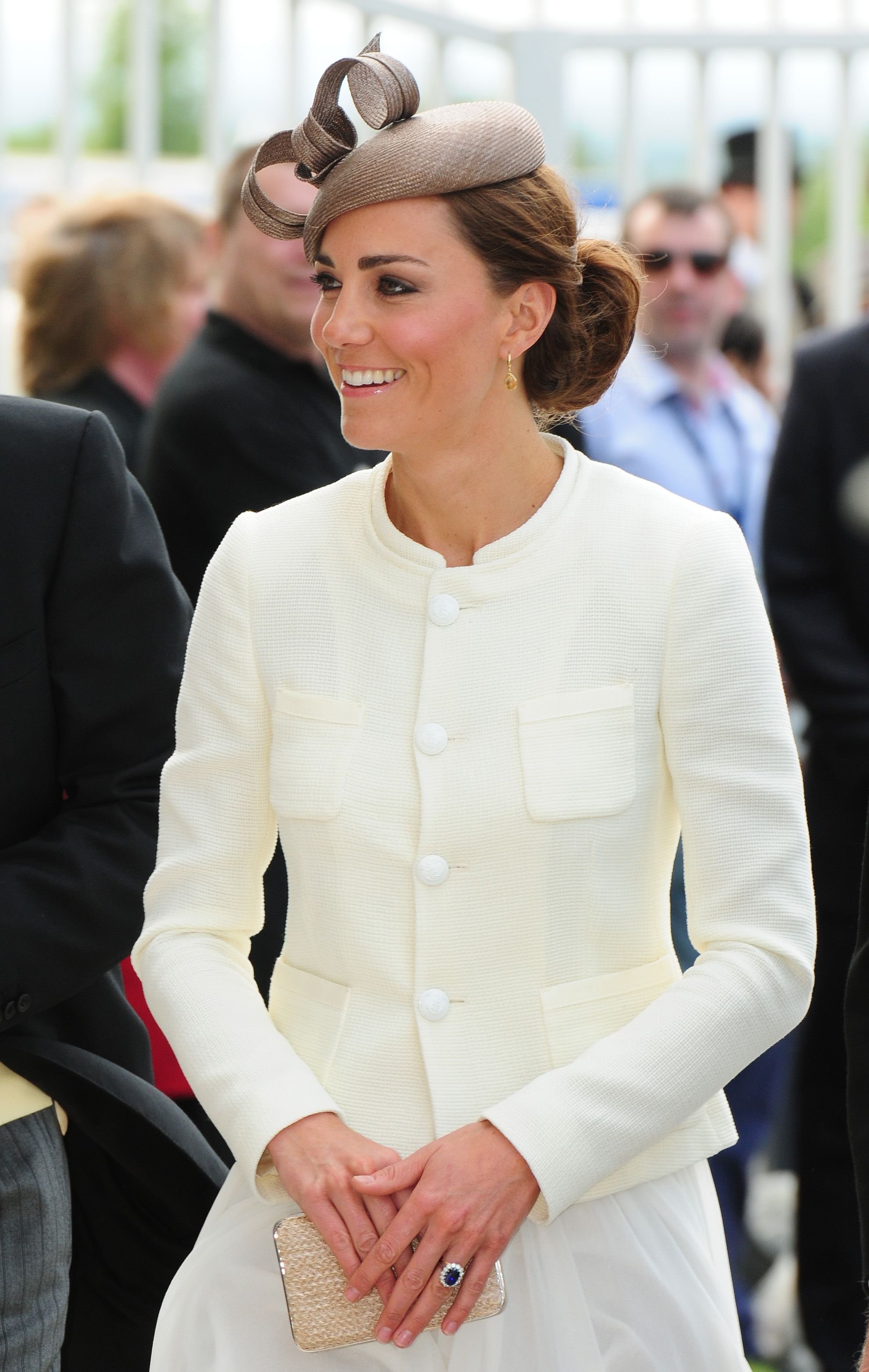 According to DailyMail, the state banquet held significance for many of the royals as it served as Prince Charles' first state banquet since he ascended the throne. Other members of the royals in attendance included the Duke and Duchess of Gloucester, the Duke of Kent, and the Earl and Countess of Wessex. The welcoming crew for President Ramaphosa included over 1000 soldiers, 230 horses, seven military bands, and two state coaches.

More Details From The Occasion

Prince Charles's first banquet came complete with some select delicacies of pheasant filled with artichokes and port sauce. The meal outline also included wild mushrooms and grilled brill. The King's banquet meals signified a departure from that of Queen Elizabeth, which would usually contain Balmoral venison or lamb. The kitchen staff at Buckingham Palace also got busy with creating the national flower of South Africa, the Protea, with sugar and edible coloring for the banquet