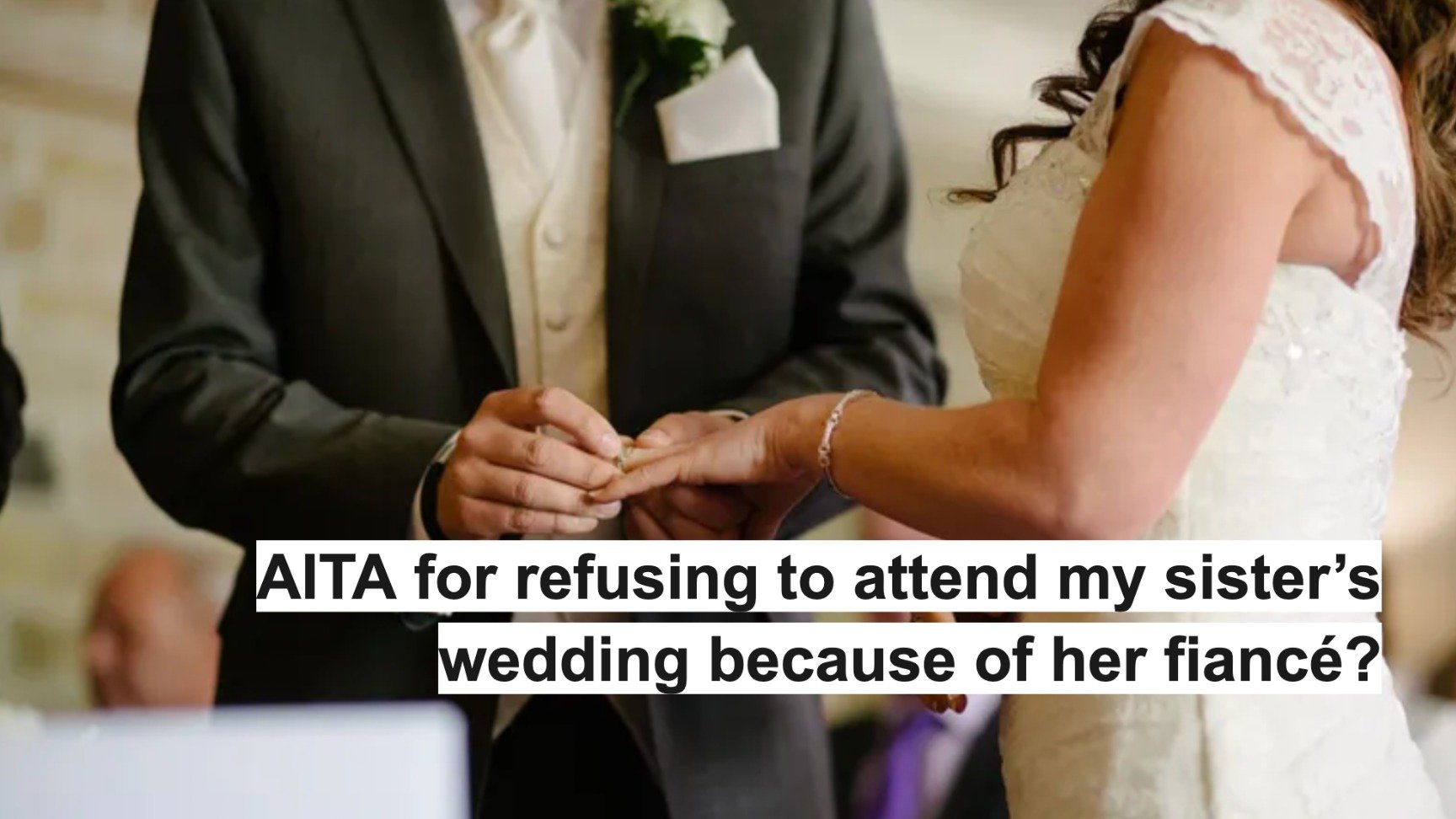 Brother Refuses Attending His Sister's Wedding Because Of Her Racist Fiancé

Meeting your family member's partners can be a challenging task. You never know if you will like them, their beliefs, how they act in different situations, and so on, but you still want to give them a chance because they make your loved one happy. However, there is a limit regarding tolerance, as this user on Reddit reached out after getting to know his sister's fiancé.

OP and his wife have been married for eight years, but they have been together since they were in year 8 of secondary school. They are from Britain, and they recently got a baby, and all of this time, his wife has been nothing but loved by his family. He explained that his wife comes from a black family, but that's never been an issue between them and his family.

He then described that his twin sister got a boyfriend three years ago, and even though they never really interacted with each other, he seemed like a normal, nice guy until it was time to plan out their wedding.

OP said that he was checking the guest list and noticed that his wife wasn't there and that when he asked his sister about it, she told him to talk to her fiancé. The fiancé immediately told him it wouldn't be appropriate for her to mix with the other guests, as she would be the only "blackie" there.

Of course, OP defended his wife and decided not to attend the wedding. As long as his wife wasn't a guest, he wouldn't be part of the event, no matter how many issues it could create between him and his family.

The Fiancé Thought It Would Be Inappropriate 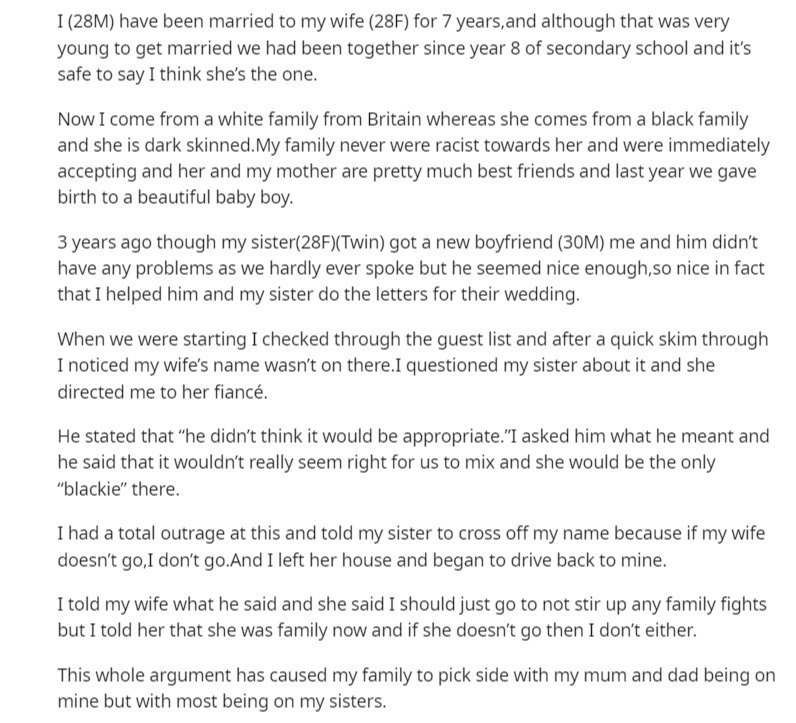 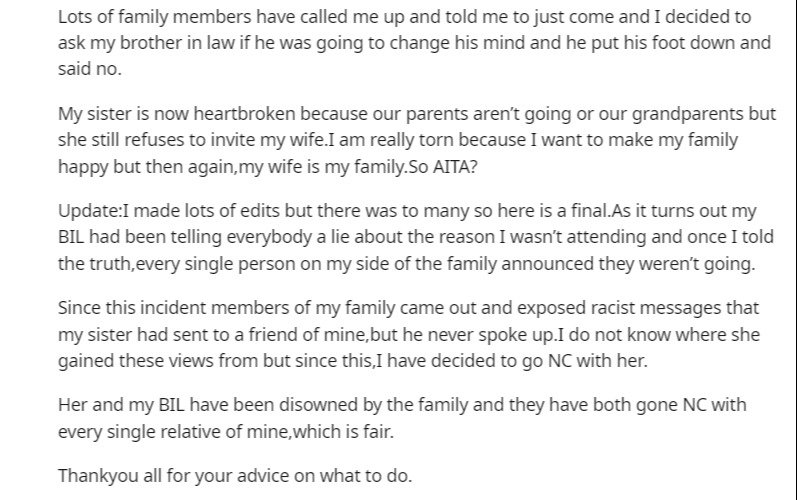 'He Put His Foot Down And Said No'

OP's decision created a lot of problems in the family. Their parents and grandparents were picking sides and decided not to go to the wedding because of that racist behavior they don't condone. Still, OP's sister was heartbroken.

When OP decided to give the fiancé another shot, asking him if he was willing to change his mind, he said he put his foot down and repeated no. OP's wife told him to go still to avoid creating more trouble, but he is firm about his decision.

Yet, he still feels terrible about his sister, but users applauded his decision and told him that he made the right choice. They pointed out that his sister was as wrong as her fiancé for not sticking up for his wife and that she knew that was wrong because she told OP to talk to him instead directly.

Many comments highlighted the fact that his sister is okay with marrying a racist man and that she is supporting his behavior one way or another.

Why Would She Go Through With The Wedding?

The Rest Of The Family Should Remain On OP's Side

That Says A Lot About Her Fiancé