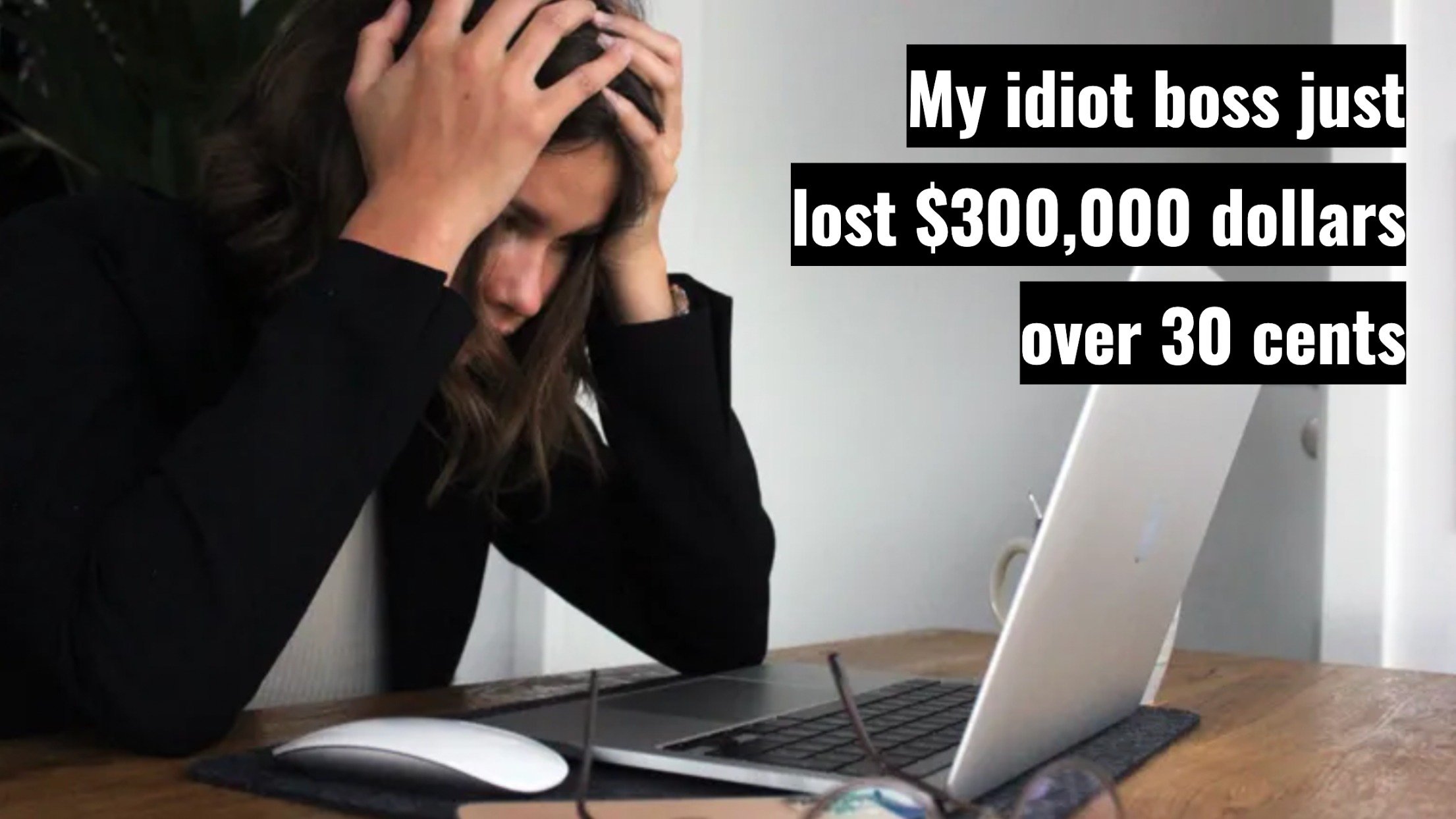 Worker Loses 30K Commission Because Of Their Boss

Jobs with commissions can be really profitable, but they are also very unpredictable. Some months can be better than others, but if you put in an effort, you can get a great reward for your time. If you had had a job like this, you might understand why this user on Reddit was so upset.

The post was written right after it happened since the OP couldn't hold back their anger after losing such a great deal over someone else's fault. They explained that they work in sales, and even though they don't have the best salary, they make good money with commissions.

The OP described that they had spent months trying to get a client, and when they finally got them, they were willing to make a massive deal for over $300,000. In addition, they would receive 10% of the sale, which was 30K.

However, the bank took the standard 0.1% when making the payment. OP's boss wasn't happy about losing $300, so they demanded the client pay again, this time with the extra money. Though the client was visibly bitter, they accepted and made a new payment.

The second time, the company would receive $299.999,70, but OP's boss rejected the payment again because they believed the client should pay the remaining 30 cents to get to a round number.

Of course, the client decided to cut off things with them because that was a really petty move. After spending months with the client, the company lost a good deal, and OP was left without a cent. 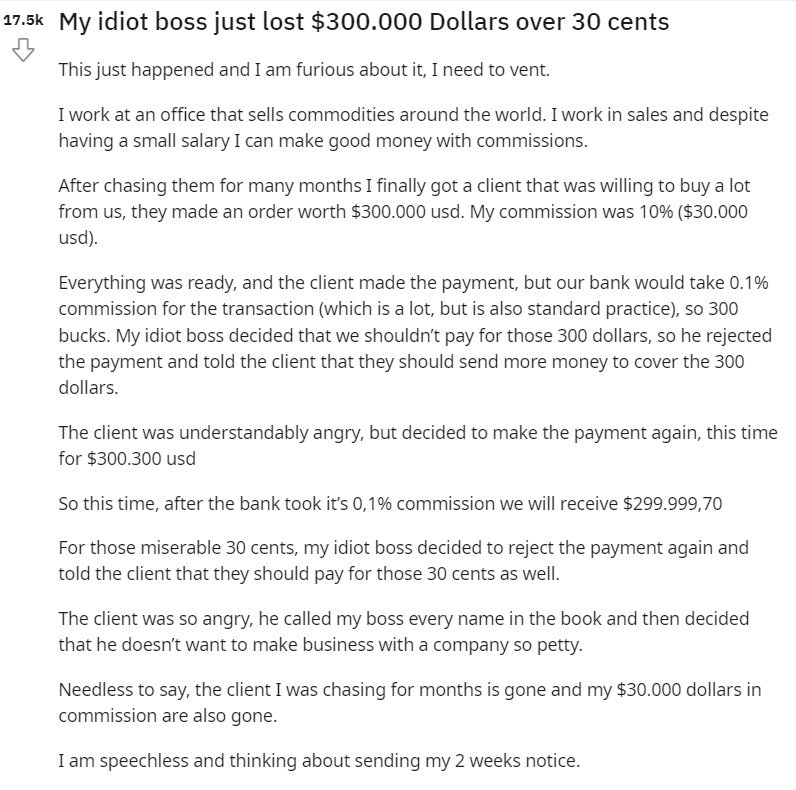 Maybe It Is Time To Get A New Job

At the end of the post, the OP stated that they were thinking of sending their 2-week notice and getting another job, to which people in the comments agreed and encouraged. Most users believe it will be best to move on, especially if the boss remains in the position.

People also shared similar experiences, where the companies they worked for lost multimillionaire deals that would have changed their lives if they had gone through. Some even admitted that they were the reason why the deals failed, and they left without telling no one.

There were also many jokes about OP paying the 30 cents or leaving them on the desk before they left, but people struggled to believe the story's legitimacy. They suggested that if they consider staying, they should tell their boss' boss since they also made the company lose a fair amount of money.

The Company Lost Even More

What About A Higher Authority?