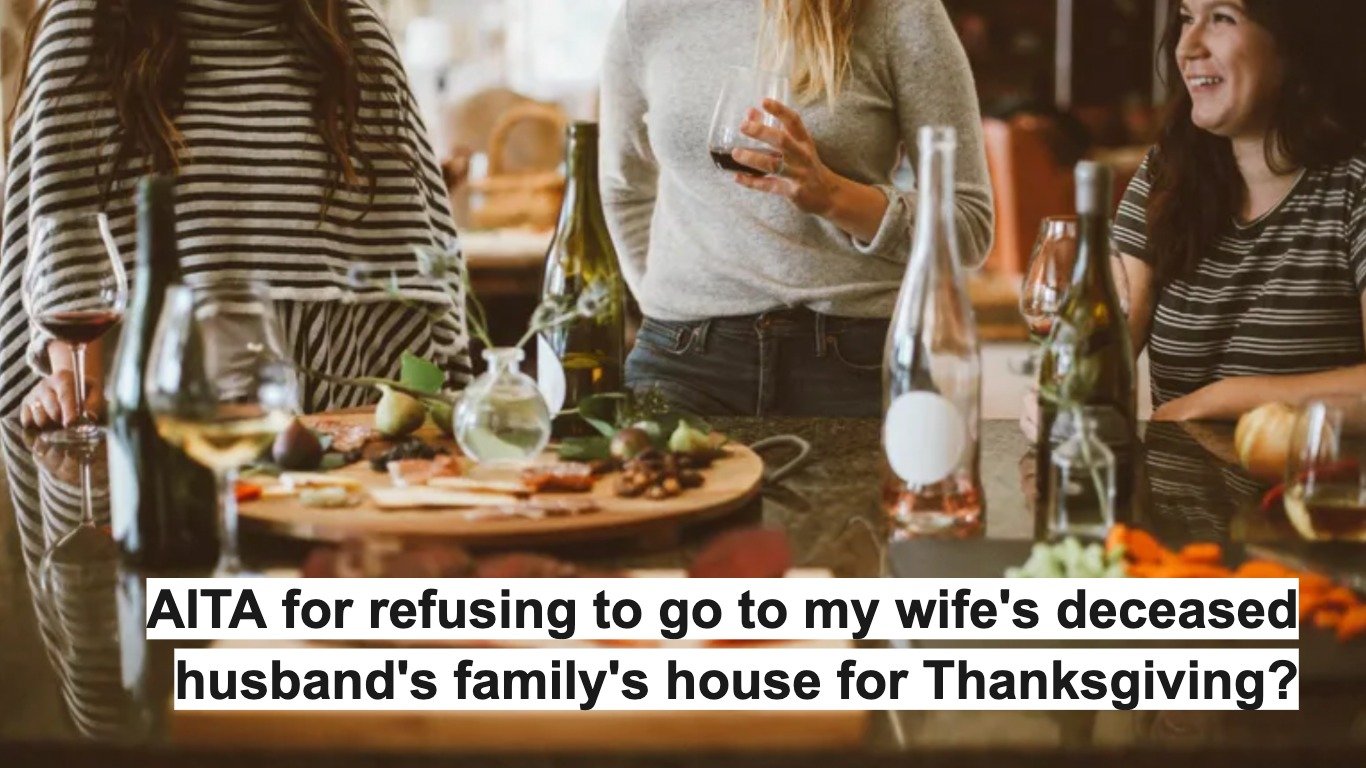 When you enter into a relationship with someone who’s already been married, there’s likely to be some baggage.

This could be kids they share custody of or an ex-husband who will stop at nothing to win their wife back.

Or, it could be a deceased husband who is still very much in the picture. That’s the dilemma facing one man who took his problems to Reddit. 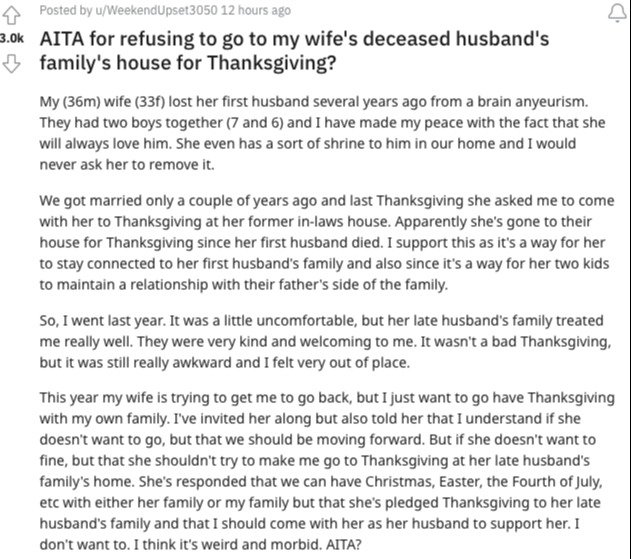 This is the Story of the Ghost of Thanksgiving's Past 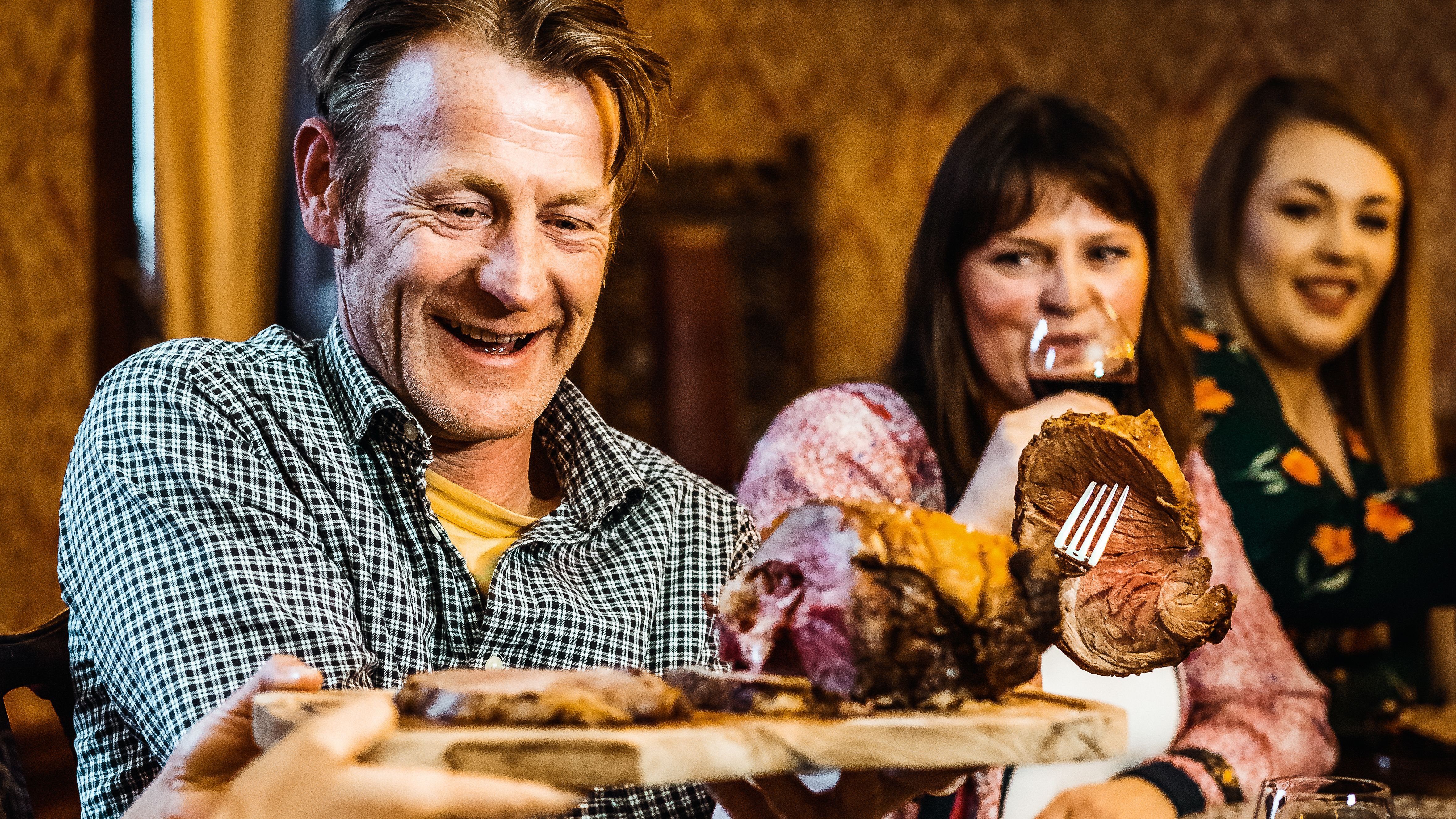 The OP began by sharing that his wife lost her first husband several years ago from a brain aneurysm. They had two sons together, seven and six, and the new husband has made peace with the fact that she will always love him. There's even a shrine to him in their home that he would never ask her to remove.

Holidays are never an easy time for those who are grieving. As a result, the wife asked him to go to Thanksgiving dinner at her former in-law's home. This is something she's gone to ever since her husband passed. At first, the new husband was all for it: "I support this as it's a way for her to stay connected to her first husband's family and also since it's a way for her two kids to maintain a relationship with their father's side of the family," he wrote.

But the OP felt uncomfortable in the parents' home of the deceased husband. Even though the inlaws treated him very well and were very welcoming, he couldn't shake feeling out of place.

Here's the dilemma: For this year's Thanksgiving, the OP would like to spend the holiday with his family. But his wife wants him to join her at her former inlaws once again. "I've invited her along but also told her that I understand if she doesn't want to go, but that we should be moving forward," he wrote.

He doesn't like feeling pressured to attend. "She's responded that we can have Christmas, Easter, the Fourth of July, etc with either her family or my family but that she's pledged Thanksgiving to her late husband's family and that I should come with her as her husband to support her," he explained.

This is where the new husband is stuck. He doesn't want to go, as he thinks it's "weird and morbid." This has led him to turn to Reddit to see if he's in the wrong here.

He Can Be Thankful That Some People Were On His Side 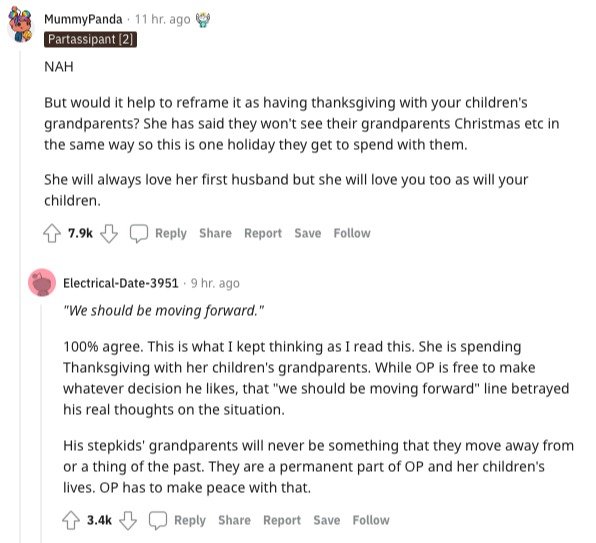 However, Others Found It "Low" to Call the Grandparents the "Late Husband's Family" 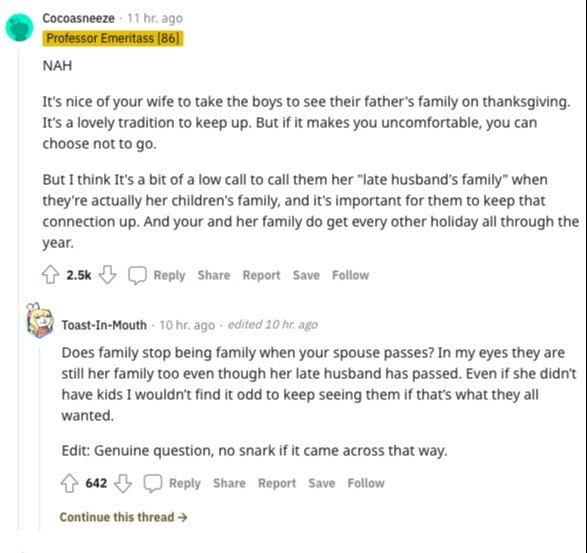 The OP Was Encouraged to Compromise, Especially For the Kids 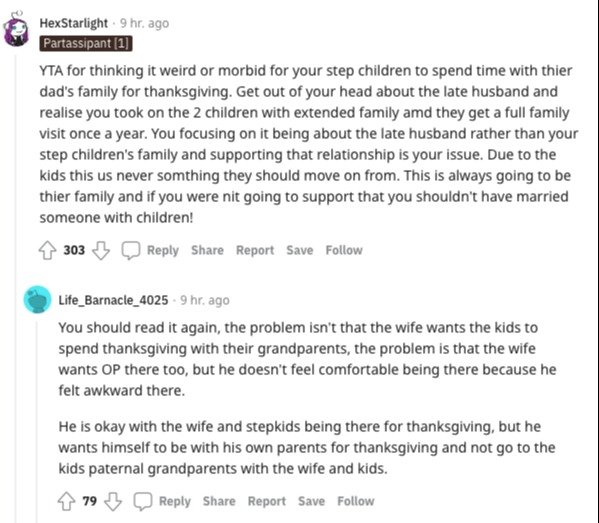