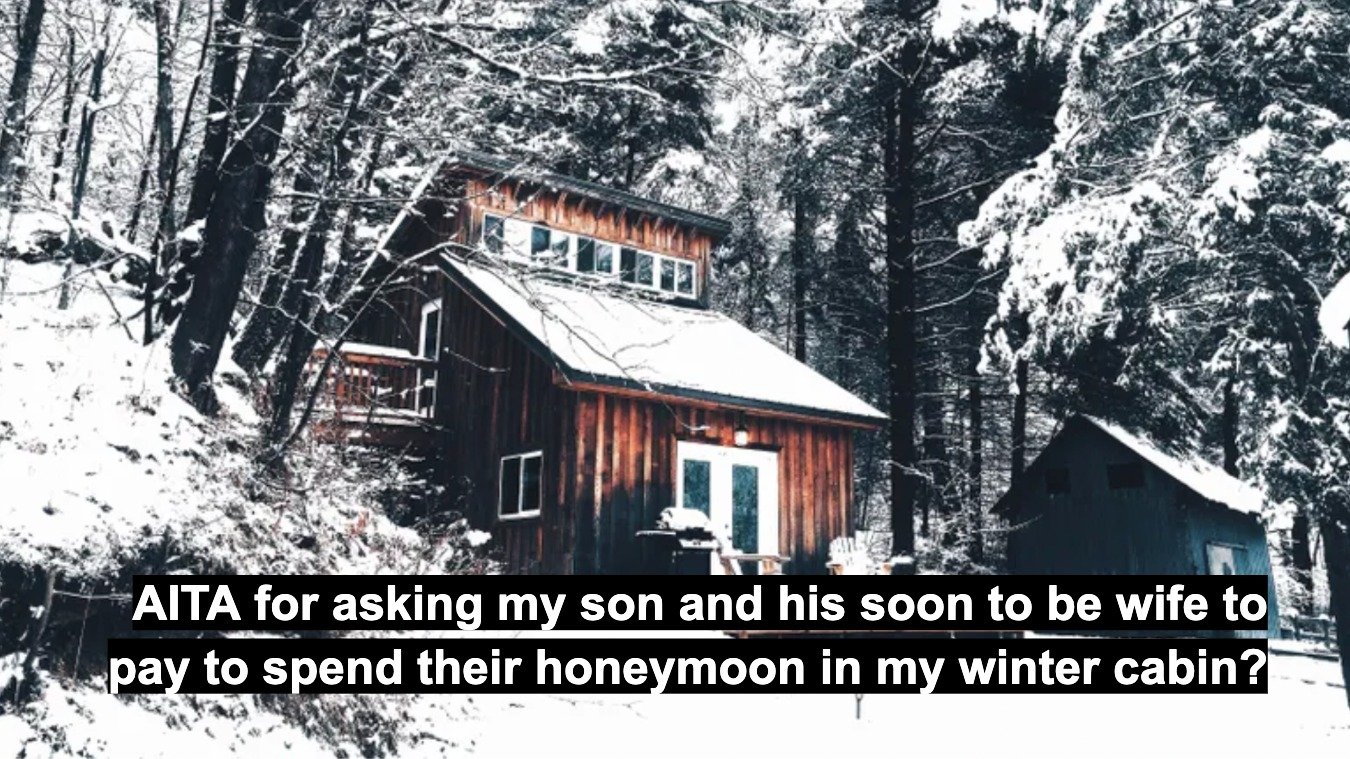 Man Asks Son To Pay For Honeymoon In Winter Cabin, Wonders If He Was Wrong

When a relative is struggling, it's pretty natural to do whatever you can to help them out. Especially if that relative just so happens to be your child. But not every parent/child relationship is great, and there are a lot of kids who have to get by without their parents' support.

One Reddit user took to the Am I The Asshole sub to ask if he was wrong for trying to charge his son for a stay in the cabin he owns. The son would be staying in the cabin with his future wife for their honeymoon, but only if they dish out the cash.

Using A Throwaway Account, The User Posted His Story To The Sub. 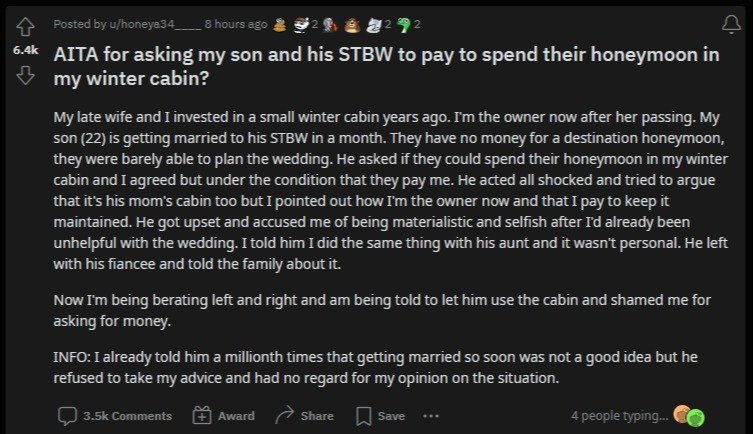 The User Explains That He Bought The Cabin With His Late Wife. 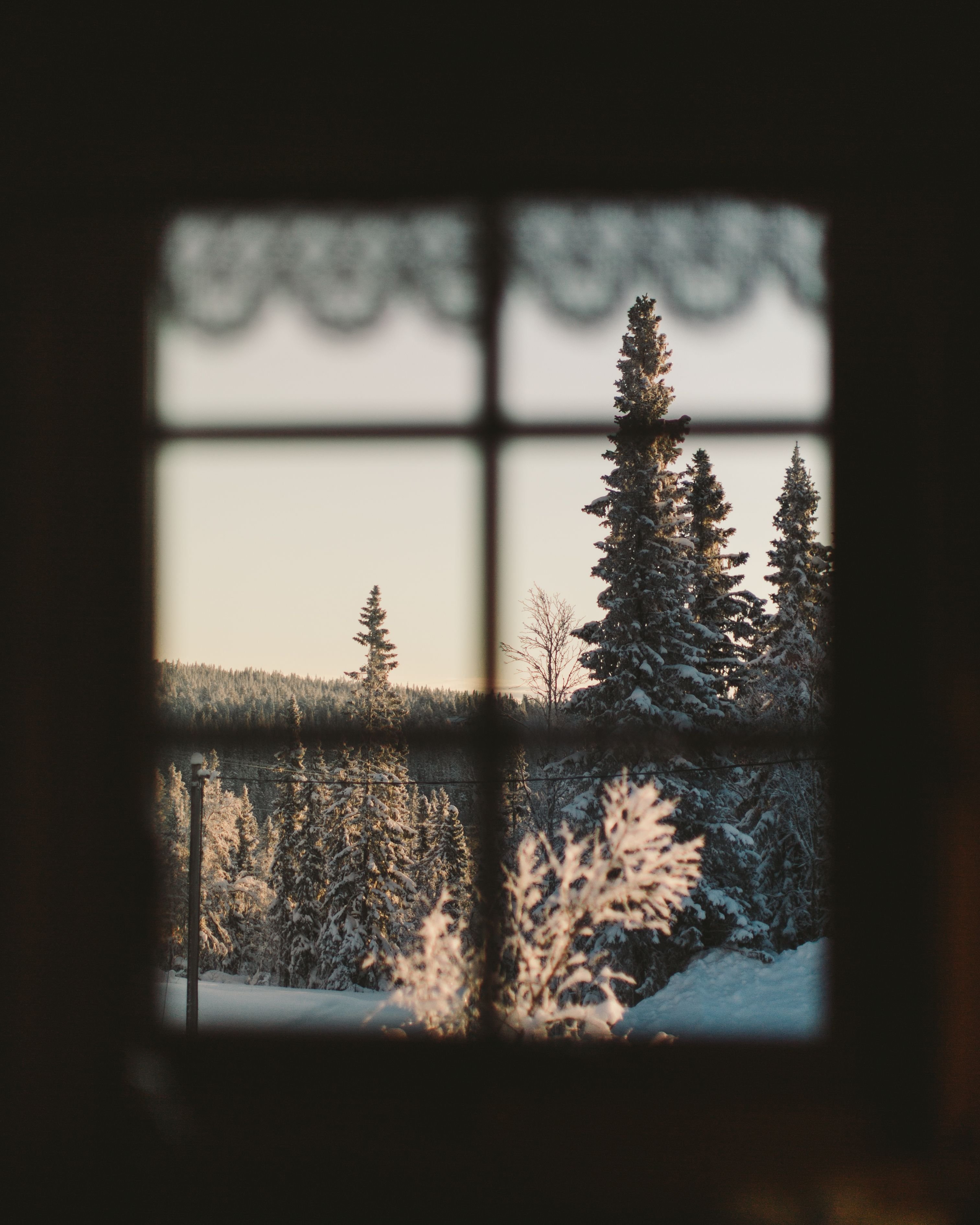 After OP's wife died, he became the sole owner of the cabin. He explains that his son, who is 22 years old, is engaged to be married in about a month's time, and asked if they could use the cabin as a honeymoon destination. This is because the son and his fiancée were working with little funds for the wedding, and had no money for a trip.

OP told his son that he'd have to pay to use the cabin, and the son became upset because it was his mother's cabin too. But OP argues that because he is the sole owner, he can do whatever he wants with the cabin now. The son told other relatives, who were just as outraged as he is.

OP also added an update, explaining how he disapproves of his son getting married so young.

Many Users Agree That OP Was Definitely Wrong In This Situation. 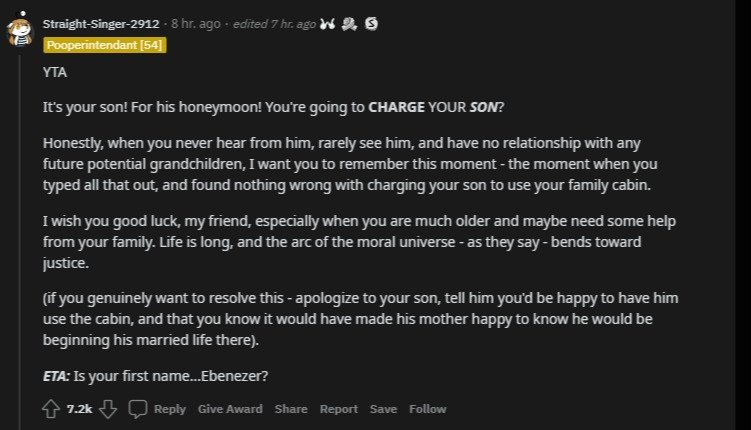 Commenters didn't hide their outrage over the fact that OP couldn't give his son a few days in the cabin to enjoy his honeymoon with his soon-to-be-wife. Some users felt that his actions were pretty stingy and cruel, especially since this is his own son he's talking about trying to charge.

Users Pointed Out That OP Is Creating A Strain In His Relationship With His Son.

Many users commented about how they wouldn't be surprised if, years down the road, OP has no relationship with his son, his daughter-in-law, and any grandchildren he might end up having.

Some Even Pointed Out How It Seemed Pretty Personal. 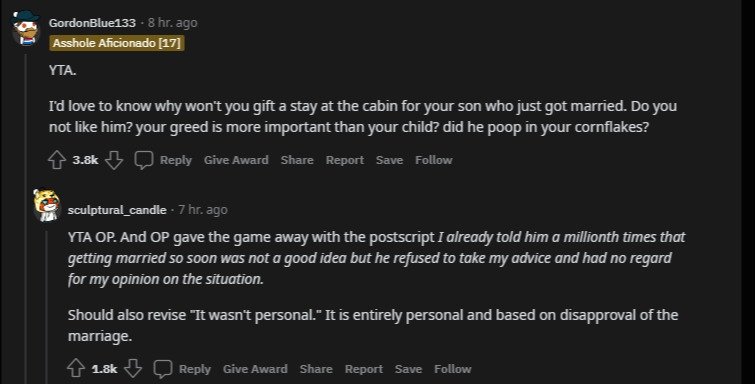 Despite OP telling his son that it wasn't a "personal" decision, commenters pointed out that OP seemed pretty disapproving of the wedding to begin with.

Either way, it's pretty clear how most people have responded to this story.