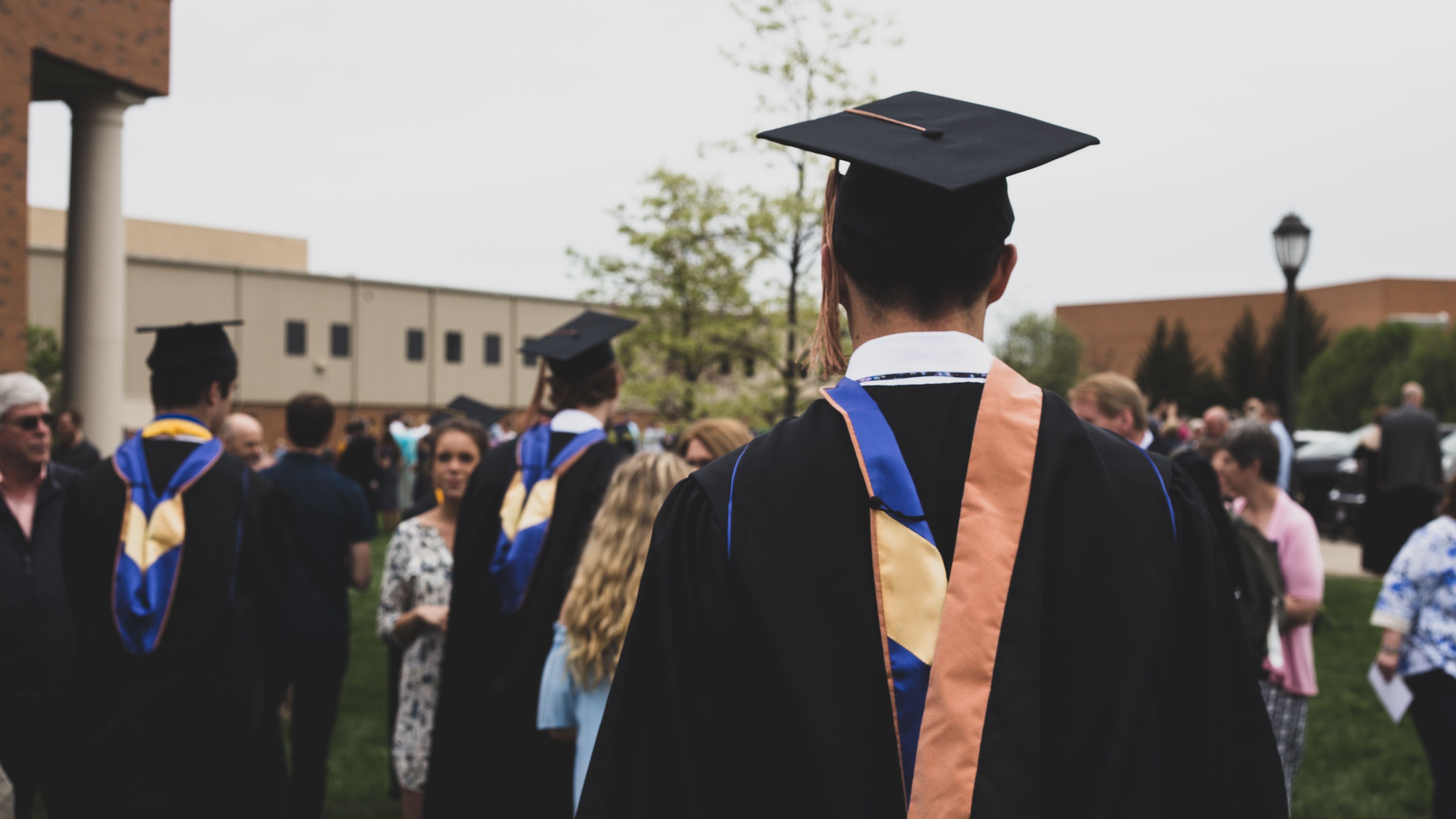 Navigating family affairs can be difficult, to say the least. Some families have incredibly complicated dynamics that can be more harmful than beneficial.

One Reddit user, who has a strained relationship with his father, wondered if he was wrong for asking for his college fund in the form of a Christmas gift. This all came about after the father asked his son to spend time with him over the holidays, despite the fact that they were no longer close. The user, who was posting with a throwaway account, asked the Am I The Asshole Subreddit for their opinions. And the comment section ended up being pretty divided on it.

The User Explained His Story. 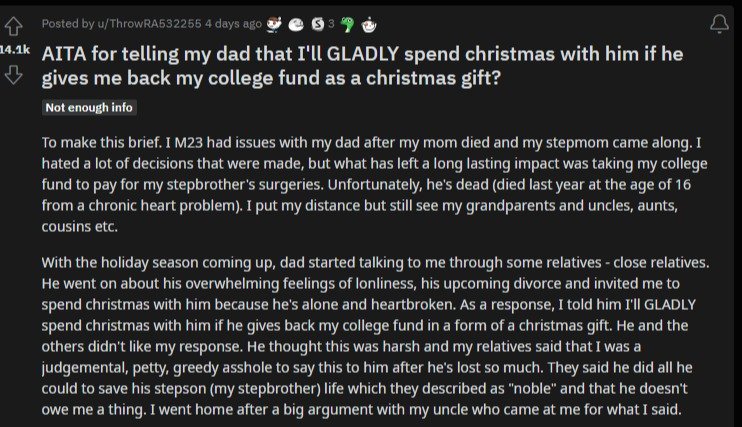 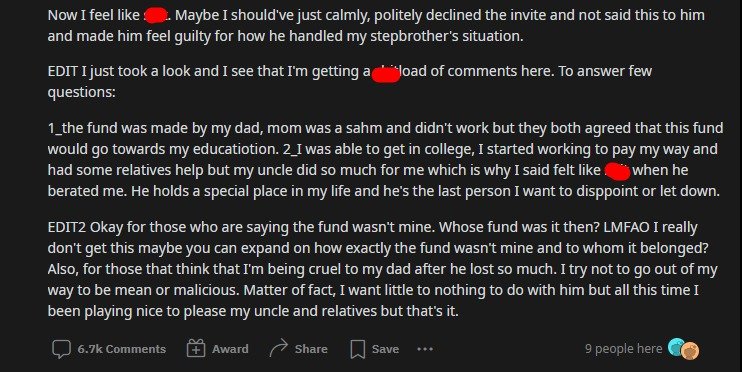 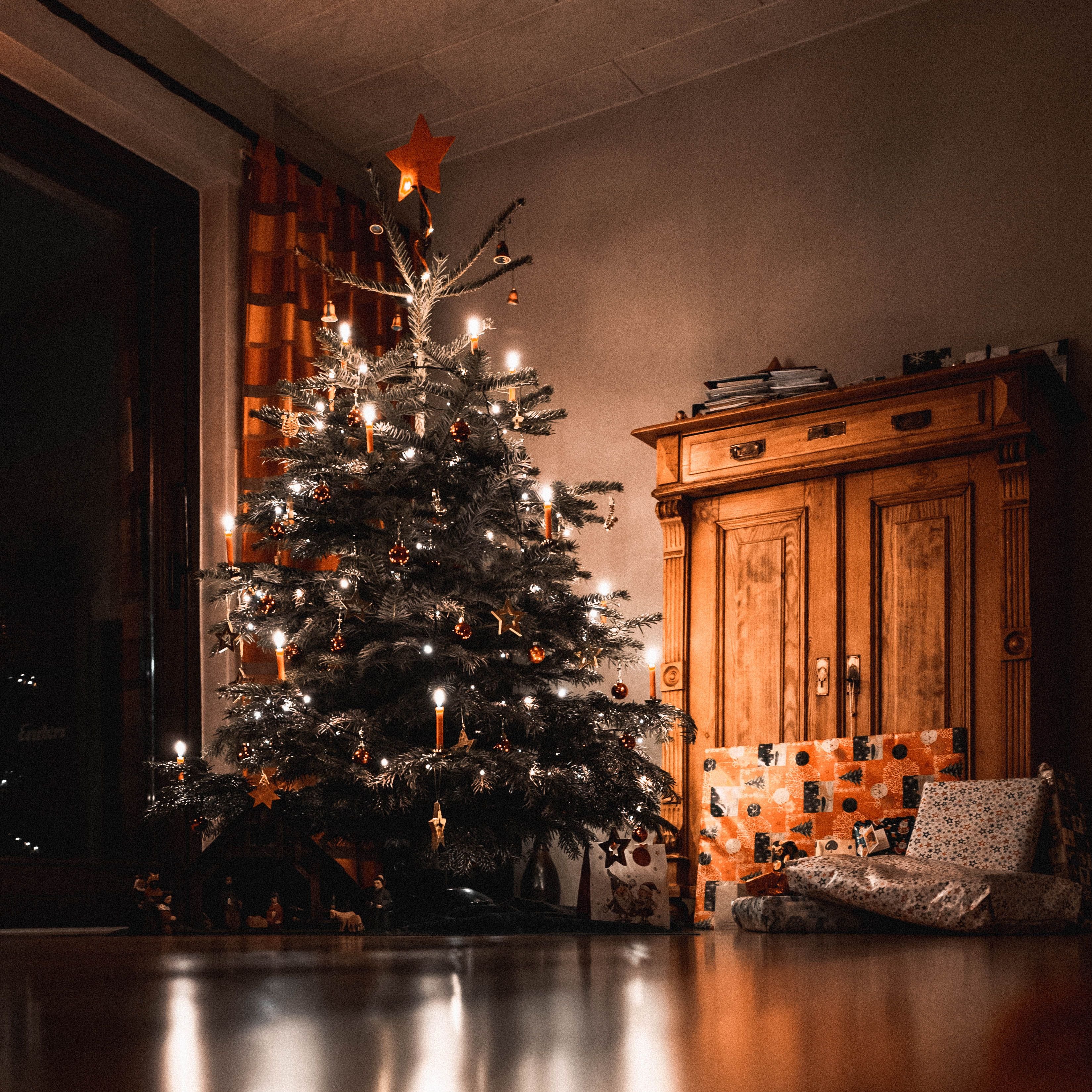 OP's mother passed away when he was young, and his dad married a woman with a son of her own. As OP explains, the son (his step-brother) had health problems from a young age, and despite doing all they could, ended up passing away at age 16. In OP's eyes, the problem stems from his father using OP's college fund to pay for the surgeries, rather than for OP's education as intended.

The father and the stepmother have since divorced, and the father reached out to OP via intermediary relatives to ask his son if they could spend time together over Christmas. OP agreed to it, but only if he could get his college fund back. The father, as well as other relatives, got angry over what they felt were insensitive remarks from OP, who is now wondering if he crossed the line.

Commenters Were Incredibly Divided By The Story. 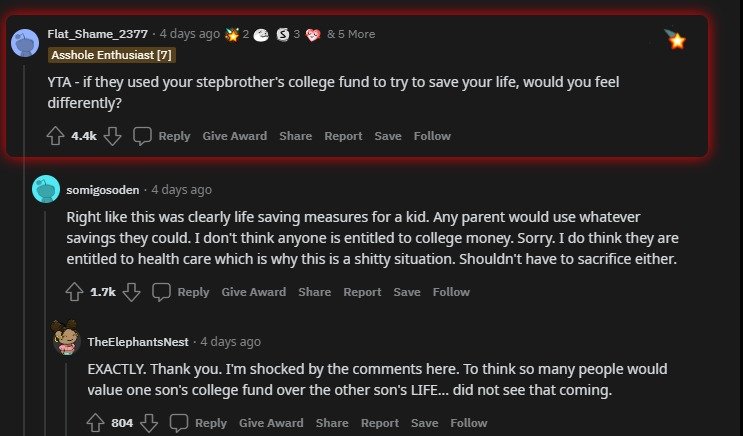 The verdict remains inconclusive at the time of writing. There were plenty of people who thought OP was wrong for asking for the money, as it went to potentially saving his step-brother's life through surgery. Many also argued that, despite the fact that the fund was made specifically for OP's education, he wasn't entitled to the money, and it went to a greater purpose.

Many Others, However, Argued The Exact Opposite. 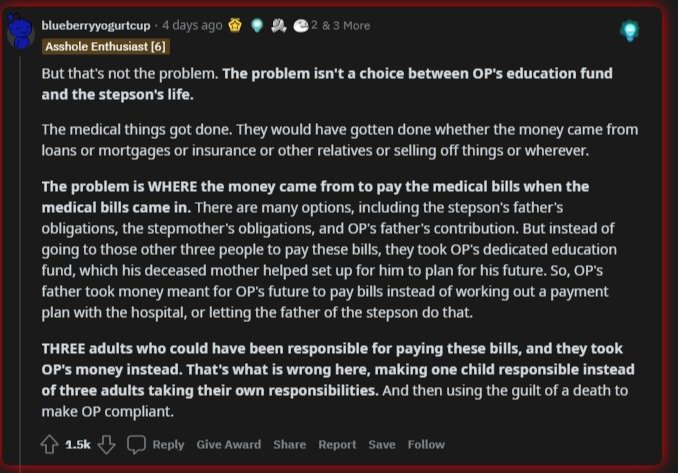 No one is disagreeing that the step-brother's surgeries were important. However, some believed that it wasn't the surgeries themselves, but where the money came from that was the problem. They took the money from OP, rather than finding another way to pay for the surgeries.

At The End Of The Day, Though, It Seems That Healthcare Is The Real Villain Here. 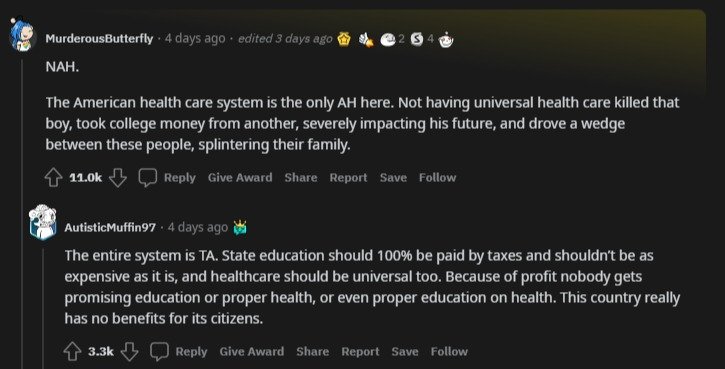 Though most users had differing opinions on OP's story, many agreed that the true problem is the high cost of healthcare in America. It shouldn't have had to be a choice between OP's education and the step-brother's life.

That said, the situation is much too complicated for the Reddit crowd to come to a consensus as of yet.