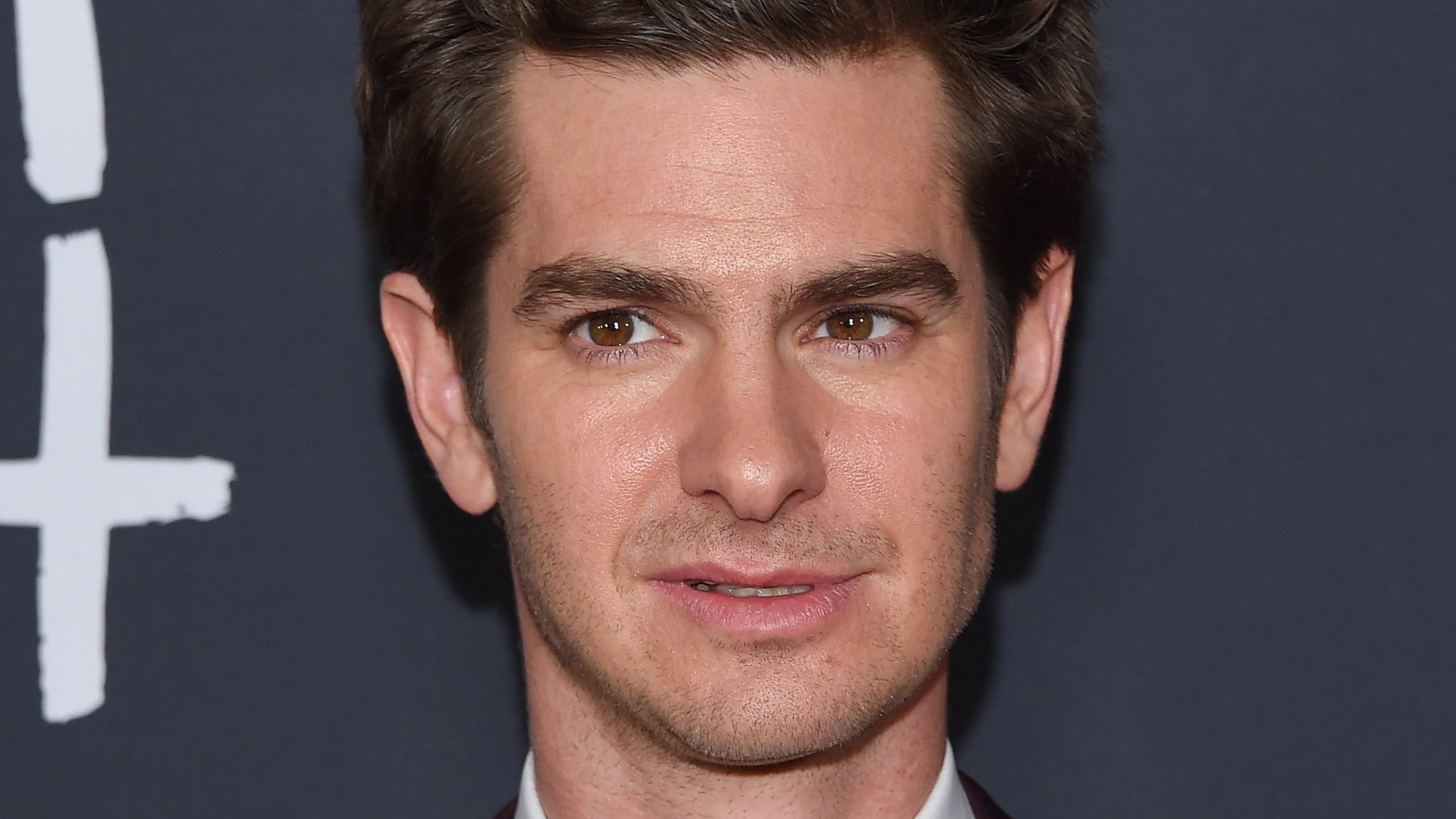 Andrew Garfield Goes Shirtless In The Desert For 'GQ'

It's easy to see why Andrew Garfield has been named one of GQ’s Men of the Year for 2022. The actor has had an incredible 14 months -- from his remarkable performance in tick, tick… Boom! and The Eyes of Tammy Faye to his exciting Spider-Man cameo in No Way Home, culminating in an Emmy nomination for Under the Banner of Heaven.

Garfield brought it all home with a sizzling photoshoot for the magazine, getting half-naked in tight leather in the middle of the desert. Shot by the talented Luke Gilford, he posed amid white smoke in an active mining quarry for what is being hailed as a "bonkers but hot" shoot, with Metro stating he "couldn’t be any more lightyears away from his wholesome Spider-Man days."

Sticking out in all-black against a sandy backdrop on the magazine cover, Garfield delivered some eye-popping leather looks before taking his shirt off for the main course. In a Matrix meets Blade kind of vibe, he posed with a hand on his hip in a glossy Saint Lauren trench coat and Vivienne Westwood blazer. Gucci gloves completed the aesthetic, which included a thick beard and slicked-back hair.

Elsewhere in the shoot, the Hacksaw Ridge star was pantsless in a Mothfood Vintage leather trench, with a yellow raincoat sticking out from underneath. He wore long boots and little else, commanding attention as he stood with his back to the mining rig.

Let's Get To The Good Stuff Already 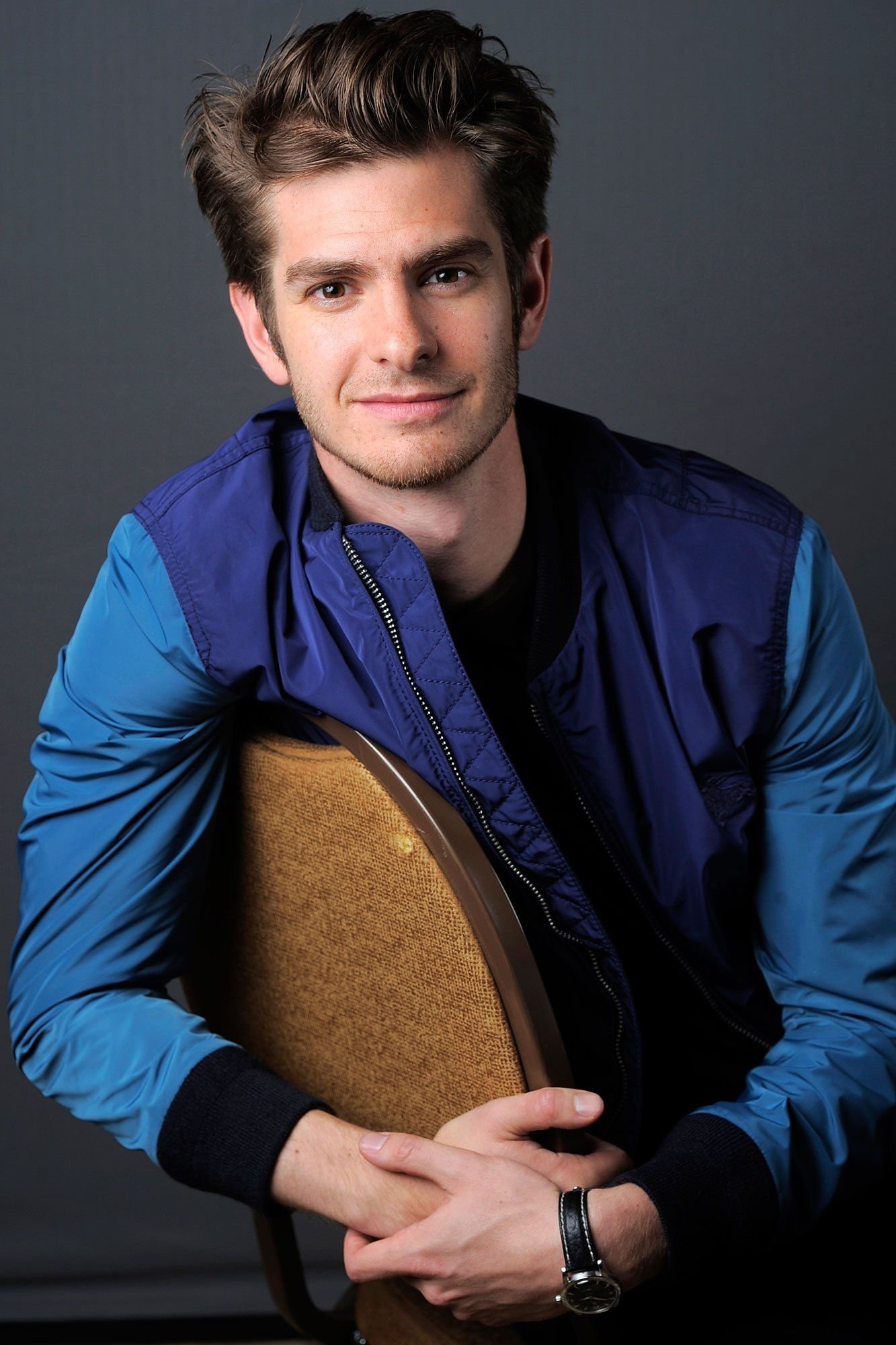 Of course, the shoot's main attraction was a shirtless Garfield standing on a dune at dusk. Glancing out into the distance, he looked insanely fit, his ripped abs and arms glistening in the light of the fading sun. He wore nothing but Alexander McQueen leather pants and buried his bare feet in the sand as he stared off into the horizon with both hands behind his back.

Several additional snaps of Garfield stripped from the waist up were shared on Instagram by the photographer to the everlasting gratitude of the Amazing Spider-Man's fans. Flaunting his beefy biceps in dynamic poses that almost make it seem like he was wrestling the sunlight and air, the 39-year-old put his sculpted body on display against a purplish sky.

"Two final glimpses of the great Andrew Garfield, our shirtless Man of the Year," Gilford wrote as he posted the actor's chiseled midriff in a shirtless snap of him sprawled out in the sand.

His Spider-Man Cameo In 'No Way Home' 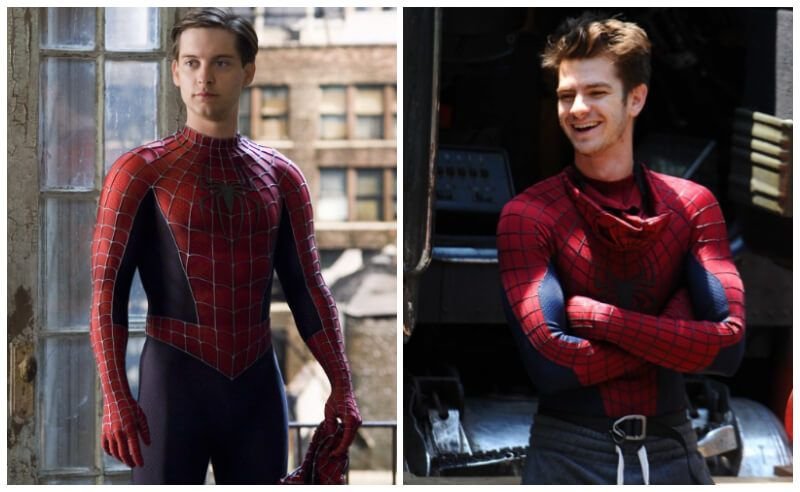 In his GQ cover story, the actor got intensely personal and discussed the pressure to have children by 40. He opened up about coping with grief after the loss of his mother in 2019 and how he endeavored to keep her music alive in tick, tick… Boom!

Garfield also talked about his surprise return to the role of Peter Parker alongside Tom Holland and Tobey Maguire in Spider-Man: No Way Home. The actor admitted that even though all three of them "feel real ownership over this character," it was "really just kind of beautiful" to let go of the reins for a change.

"I got to treat it like a short film about Spider-Man with buddies. The pressure was off of me. It was all on Tom's shoulders. Like, it’s his trilogy," he said. "And me and Tobey were there to provide support and have as good a time as possible, actually, and be as inventive, imaginative, and kind of dumb as possible."