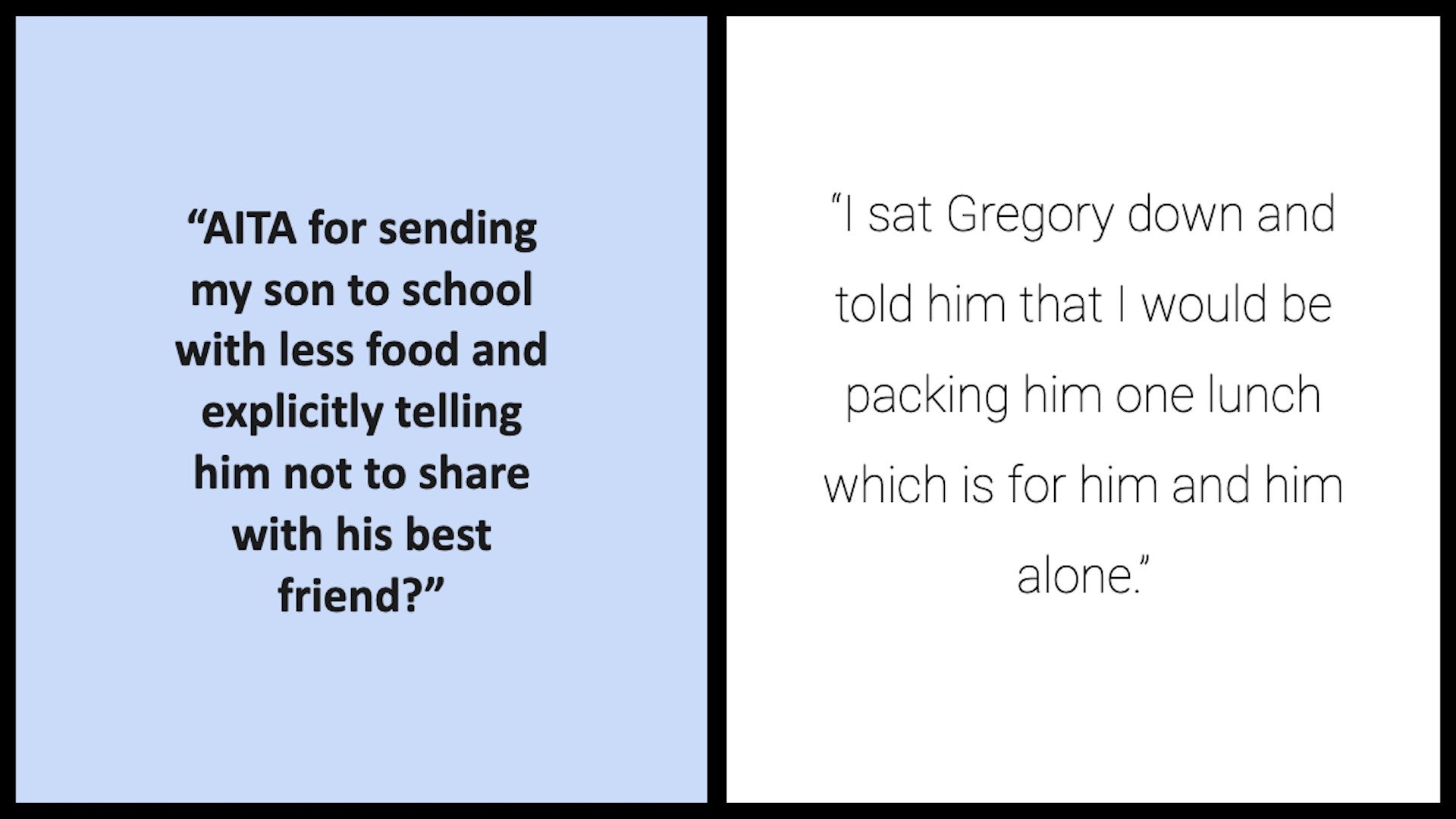 Mom Who Sent Extra Food With Son To School For His Friend Stops Doing So, Friend's Mom Gets Angry

Food insecurity is something no child should ever have to worry about. But unfortunately, there are far too many kids who go to school hungry or come home to parents who can't feed them. While it's important to help those in need, it's also important to make sure you do everything you can to get kids out of those kinds of situations.

Recently, a Reddit user admitted to feeding her son's friend by sending her son to school with extra food. But when money got tight, she cut him off, which made the friend's mom furious. The Reddit user, who goes by Every-Proposal8019, asked the Am I The Asshole sub if she handled the situation poorly or if she did all she could. 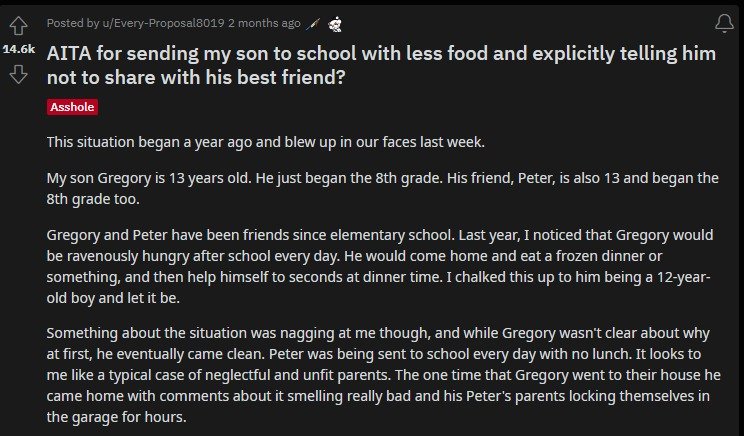 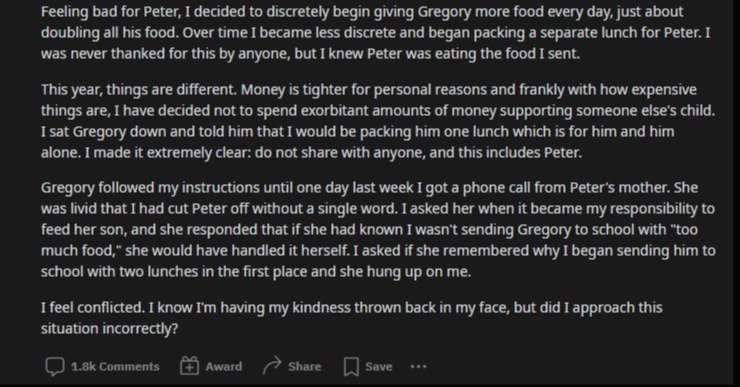 Unfortunately, the Son’s Friend Had a Pretty Poor Home Situation 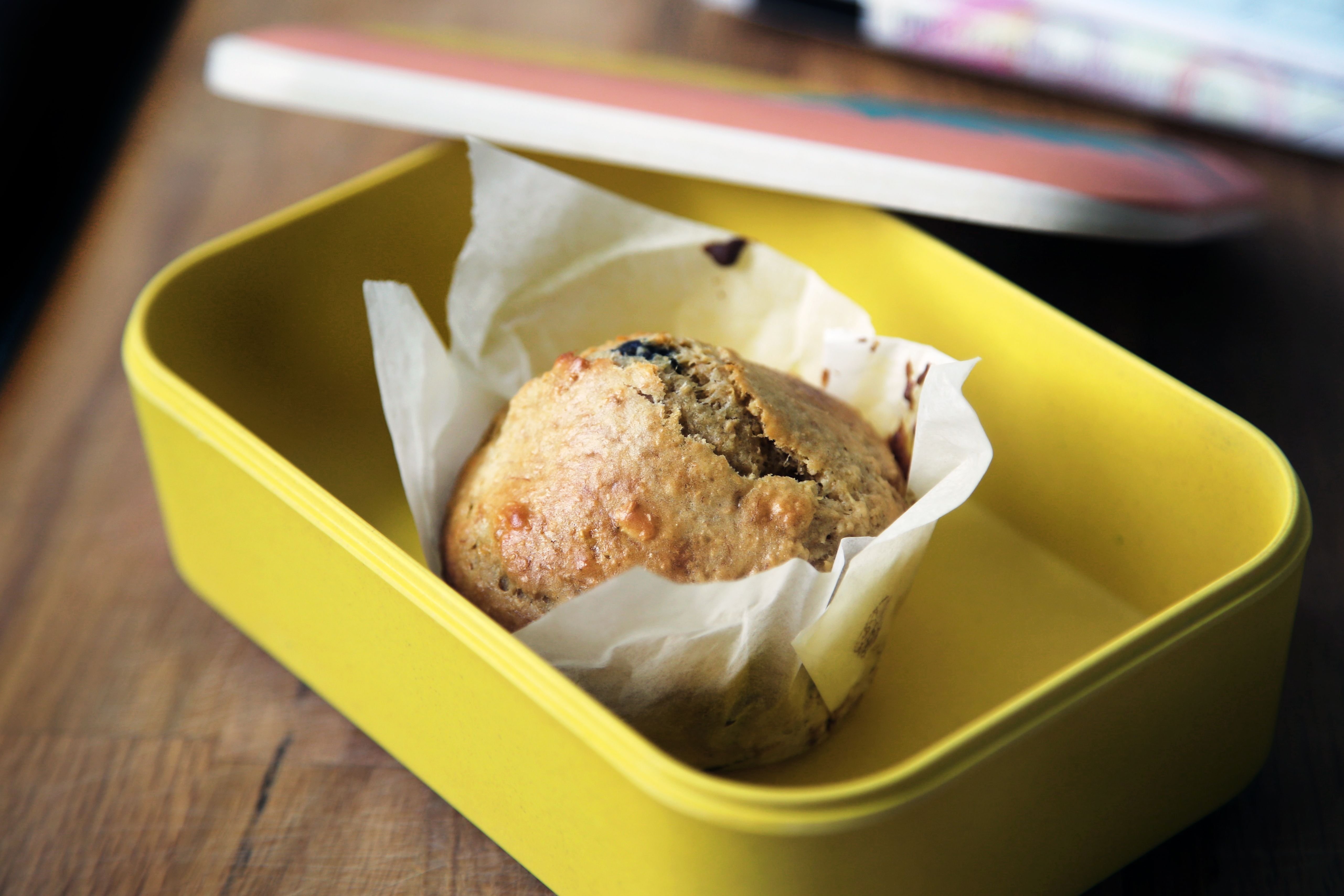 In the story, OP talks about how her son, Gregory, had a best friend, Peter, and they would share Gregory's lunch since Peter would come to school without one. She also learned through Gregory that Peter's home was not good and his parents were neglecting him. With good intentions, OP started providing extra food for Gregory to share with Peter.

But at the start of the school year a couple of months back, OP's financial situation changed and she felt that she could no longer afford to feed Peter, and it wasn't really her responsibility to begin with.

She started sending Gregory to school with less food and told him he was no longer allowed to share with Peter. Peter's mom then called OP and was furious at the fact that Peter once again had no food for lunch. But seeing as he's not her child, OP is conflicted about whether she handled the situation well.

Most Users Agreed That… She Didn’t 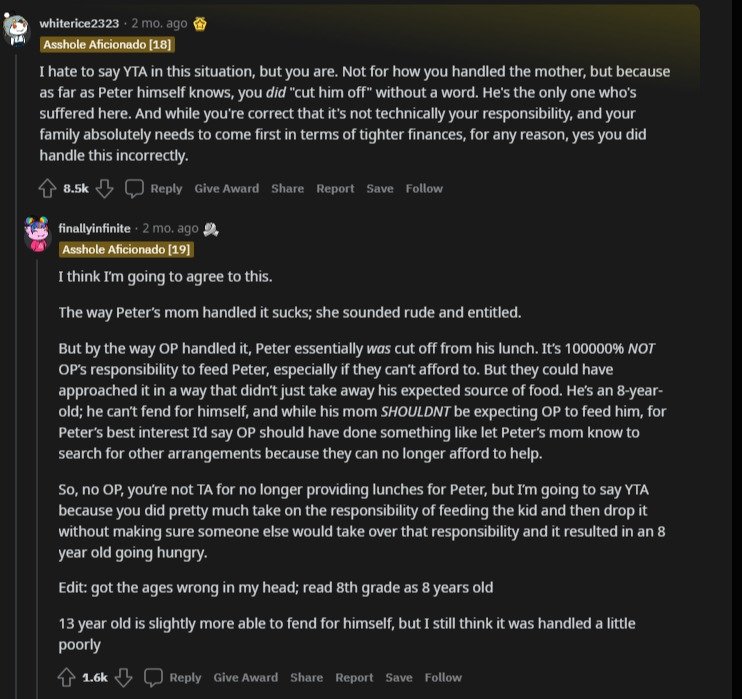 Most people agreed that it wasn't OP's responsibility to feed Peter. But she had been choosing to do so for an entire year and then abruptly cut Peter off without another word. It does come across as cruel. 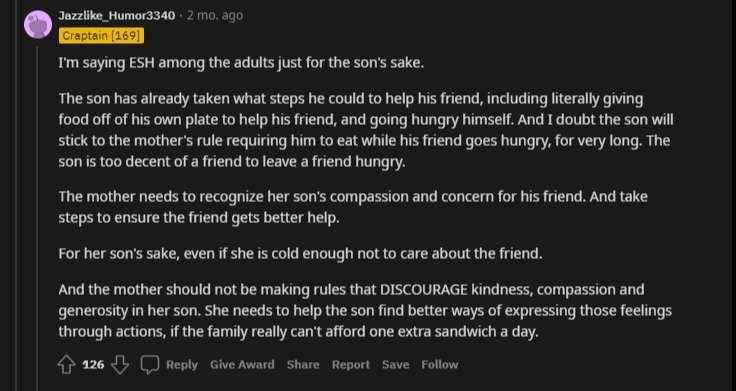 Some argued that while OP was in the wrong with how she handled everything, Peter's mom was also in the wrong for not properly taking care of her child.

The poor kids were caught in the middle of it, with Peter going hungry and Gregory no longer allowed to do something nice for his best friend.

But the Most Important Thing Here Is: Why Didn’t OP Contact Any Authorities? 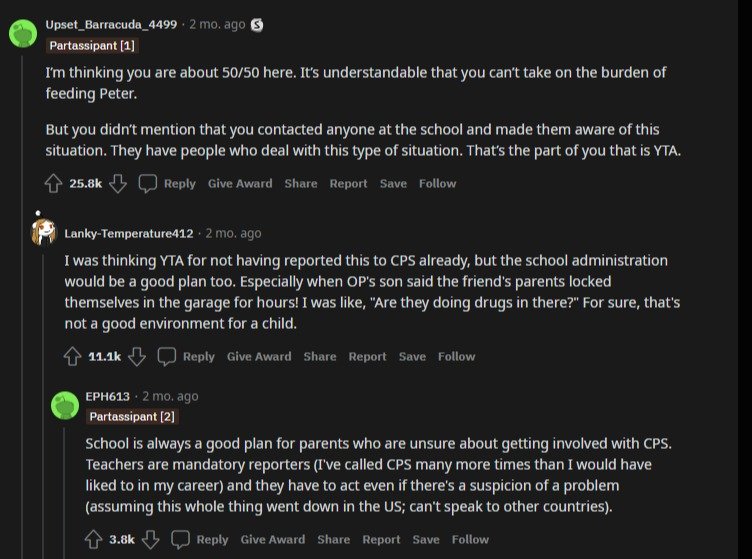 Nowhere in the story does OP mention that she'd contacted Child Protective Services, or at the very least, the son's school. If she truly wanted to help Peter in any way, that should've been the first step.