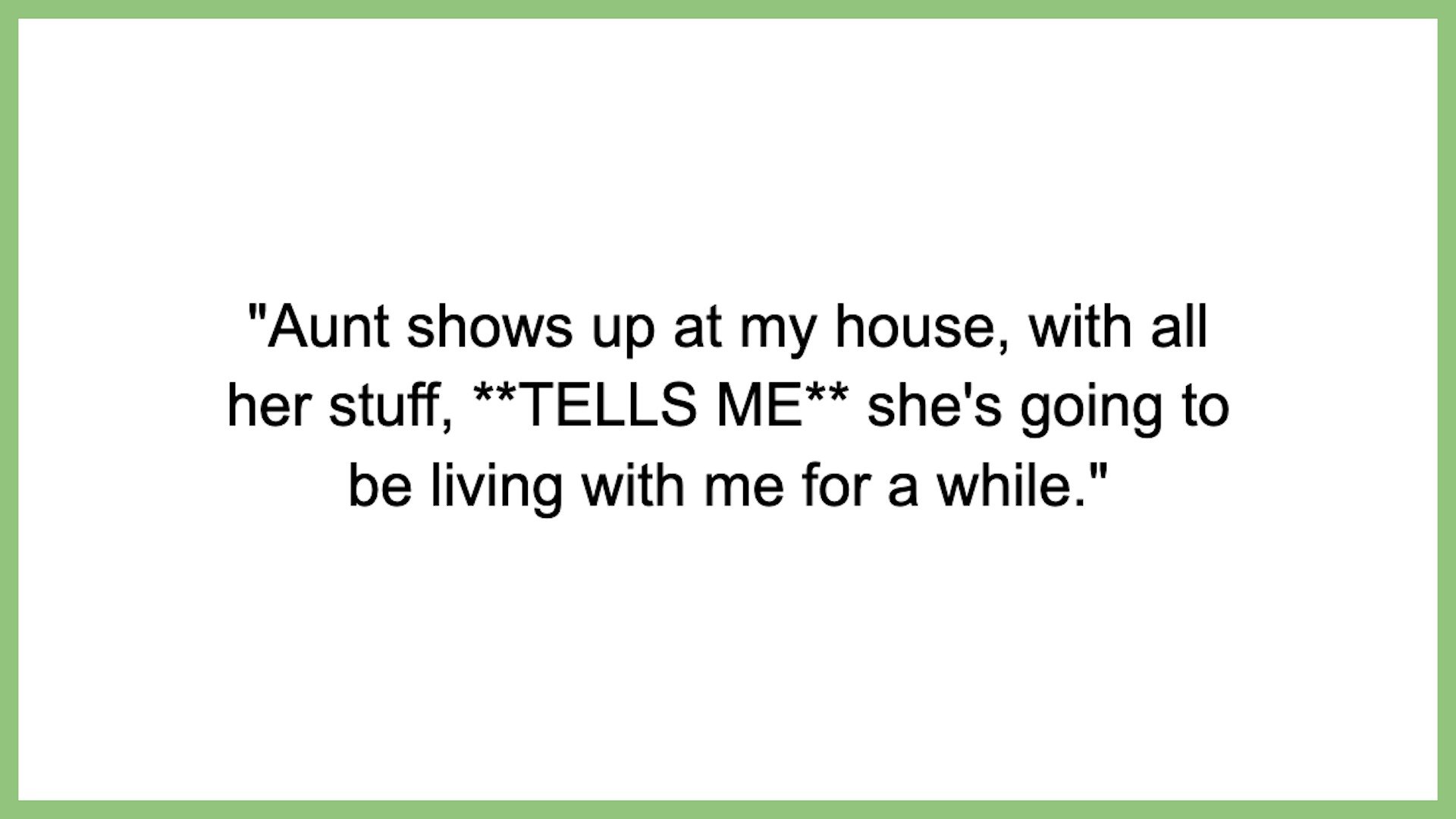 Entitled Aunt Drives To Nephew's House, Calls The Cops On Him When He Refuses To Let Her Stay In Guest Room

Like it or not, we all have that one relative that... doesn't quite get along with the rest of the family. Best case scenario, they live hours away and you'll only have to deal with them once or twice a year. Worst case scenario, they'll decide to drive across state lines in the middle of the night to try and sleep in your guest room.

That incredibly horrifying yet specific turn of events is exactly what happened to one poor Reddit user whose aunt decided to try and stay in his house after having a falling out with her husband and adult kids.

User Outside_The_Walls Shares His Story on the Entitled People Subreddit 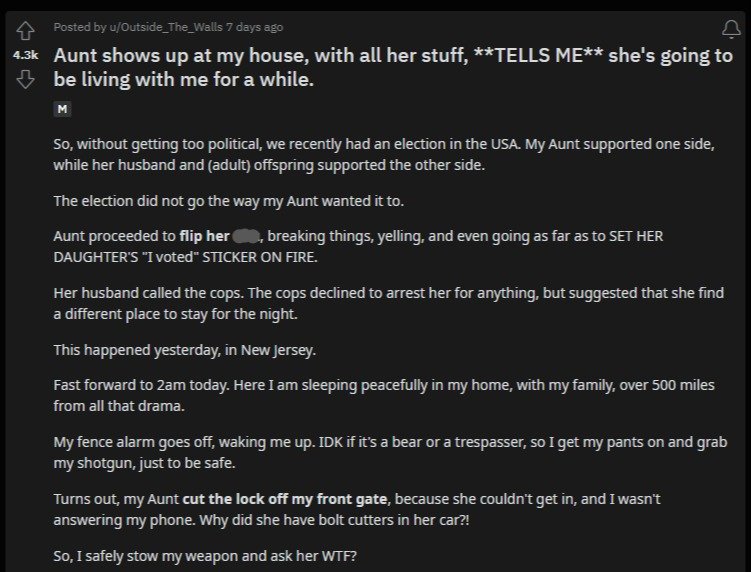 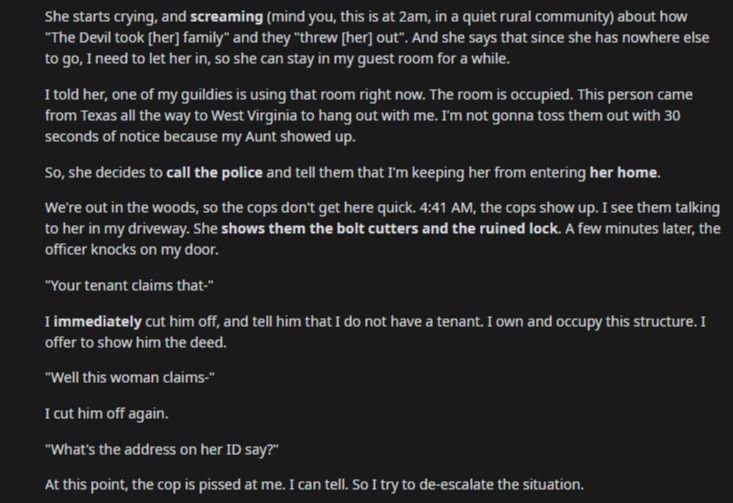 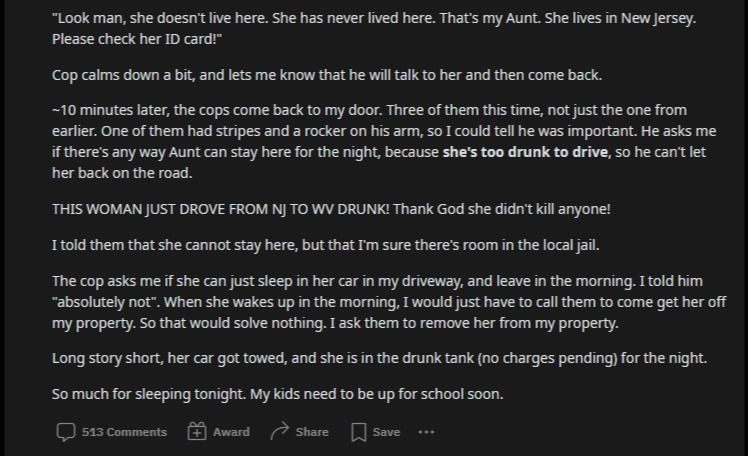 Because she took the results of a recent election badly, she lashed out at her family, which caused her husband to call the police and have her removed from their home. The aunt, who lives in New Jersey, then proceeds to drive to West Virginia, where OP lives.

She cuts the lock on his gate with bolt cutters and attempts to break into his house at 2 am after he doesn't pick up his phone. She demands to sleep in his guest room, but seeing as OP has a friend over, he refuses to kick them out so she can sleep in the room. Angered, she calls the cops on him and pretends like she's the homeowner in order to get him arrested.

When the police show up, one officer begins to act as if the aunt is the wronged homeowner. But OP quickly produces the deed and tells the officer to check the aunt's ID. Later, the police ask the OP if she can stay at his house for the night because it turns out she had driven to WV while under the influence. He refuses to even let her sleep in her car in his driveway, and she's left having to sleep in the drunk tank.

Commenters Were Pretty Outraged by the Aunt’s Behavior

OP replied to a comment asking if she was always like this, and he more or less answered that she was, but her behavior has just been getting worse and worse over the years. This kind of breakdown almost seems like a long time coming.

Commenters Point Out How, Despite Committing So Many Crimes and Misdemeanors, the Aunt Didn’t Get Arrested 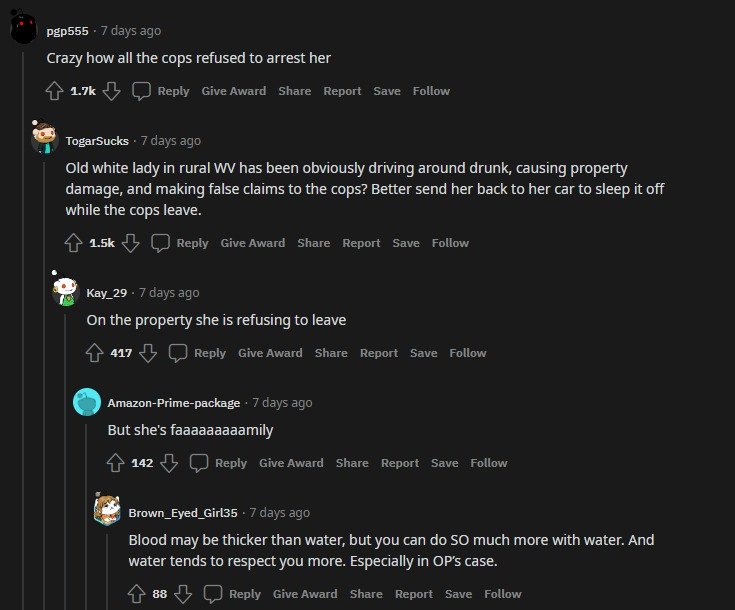 But Some Pointed Out That OP Could Still Press Charges 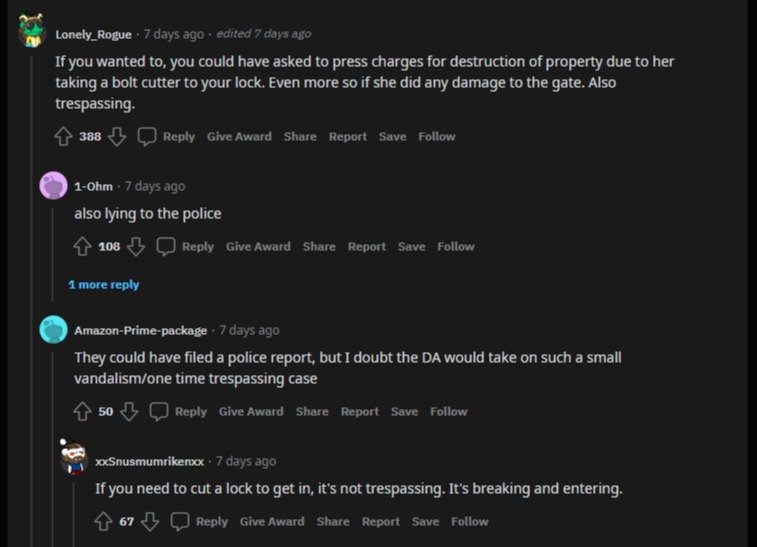 From driving drunk to vandalism to breaking and entering to lying to the police, it's amazing how she got away with no charges whatsoever. But OP could choose to take her to court if he wanted.