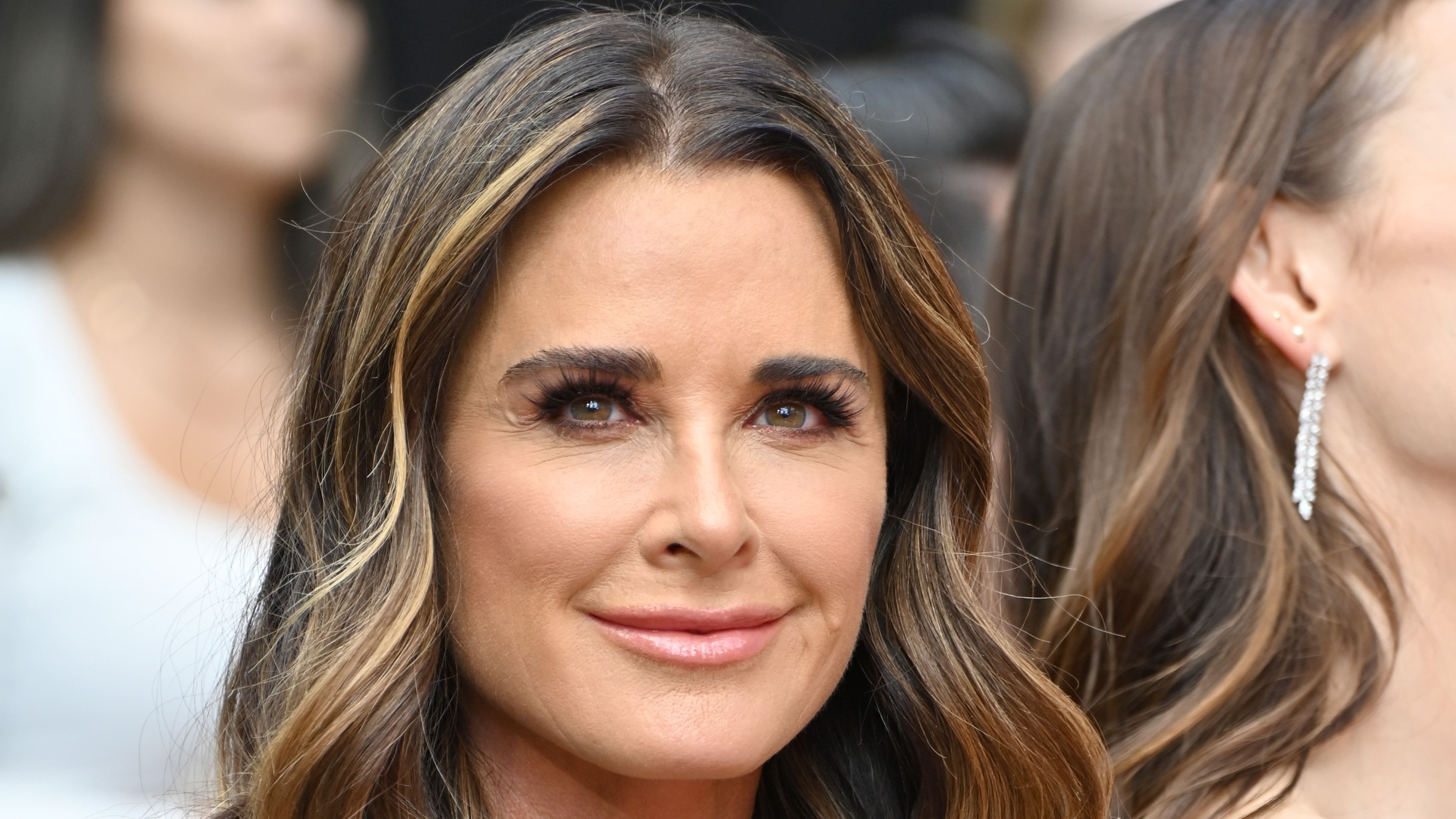 Kyle Richards Is 'Armed & Audacious' In A Black Corset

Kyle Richards is a People's Choice Awards nominee for Reality TV star of the year, and for a good reason. She starred in the final part of David Gordon Green's Halloween reboot and made the news for her feud with her Real Housewives of Beverly Hills co-star and sister, Kathy Hilton.

The drama never ends with the 53-year-old, which thrills her fans. Richards' fashion is another thing that keeps people talking, and she has a four million audience on Instagram to show it to.

Armed And Audacious In Black

Her latest Instagram share showed her in an all-black ensemble with a provocative mesh corset top worn inside leather pants and a fitted blazer. Richards kept it simple in tiny stud earrings and a gold bangle while she wore nude makeup.

The reality TV star wore a similar black pantsuit for the Buying Beverly Hills tv show premiere hosted by Netflix. Rather than leave her hair straightened, Richards styled it in a half-ponytail with the other part down.

These nominations come off the back of Richards getting back into her acting bag as she starred in more movies, including a Christmas film for Peacock - Housewives of the Northpole.

Richards didn't have a significant role in Halloween Ends like the first movies, but she played her part to a tee. The movie premiere and press tour revealed the long-term relationship between her and her co-star, Jamie Lee Curtis.

She joined Curtis at the Chinese Theater, where she was honored to place her foot and handprints in cement. Richards said it was inspiring to watch her friend receive such an honor.

In an E! Interview, the actress said reuniting with Curtis for the final movie was a pleasure because they finally filmed a scene together. They'd previously starred in Halloween Kills but didn't film a scene together.

Halloween Ends continues four years after the previous movie, Halloween Kills, and earned poor ratings across the board even though it was a box office hit.