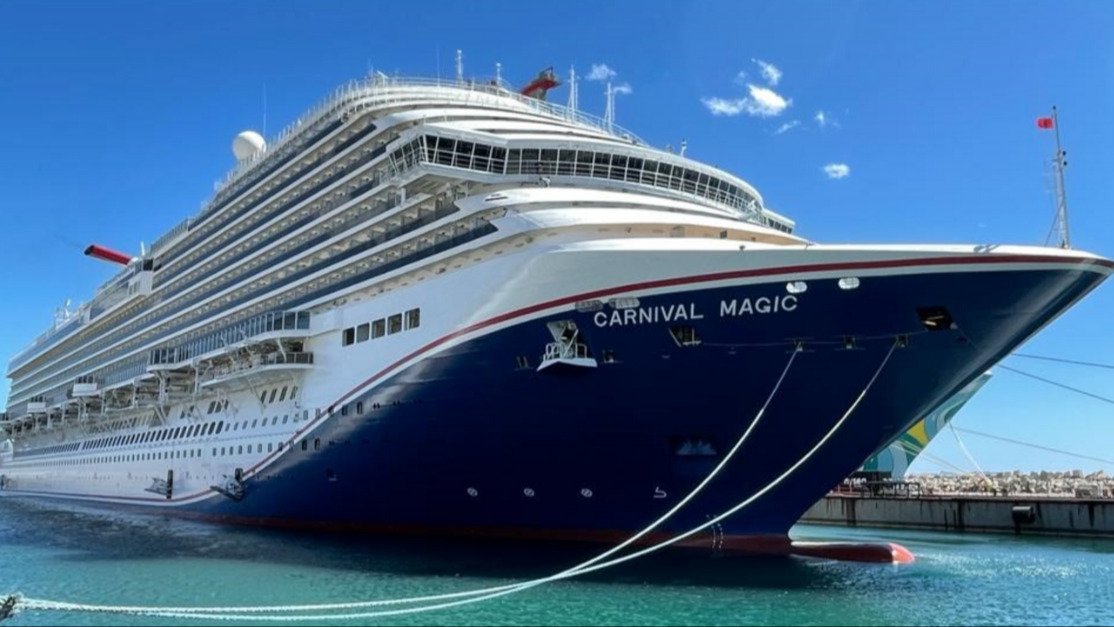 No matter how much we try to avoid trouble, it's not so unlikely that we'll one day witness a chaotic melee erupt between the people around us.

And while it's rarely easy to tell what started the fight while we're in the moment, it's not so unusual to discover that it all started with a fairly trivial dispute.

Because while some of these fights can break out in situations where tensions were already high, some particularly violent ones started over something as small as an unpopular call from a Little League umpire or a passenger on a plane refusing to wear shoes.

But while it's a little easier to understand how the fight we're about to discuss today supposedly started, it's still hard to understand how it escalated to the point it did and came to involve so many people.

Just before 2 am on June 28, a travel agent named Theresa James witnessed a fight break out on the casino and dance club floor of the Carnival Magic cruise ship. 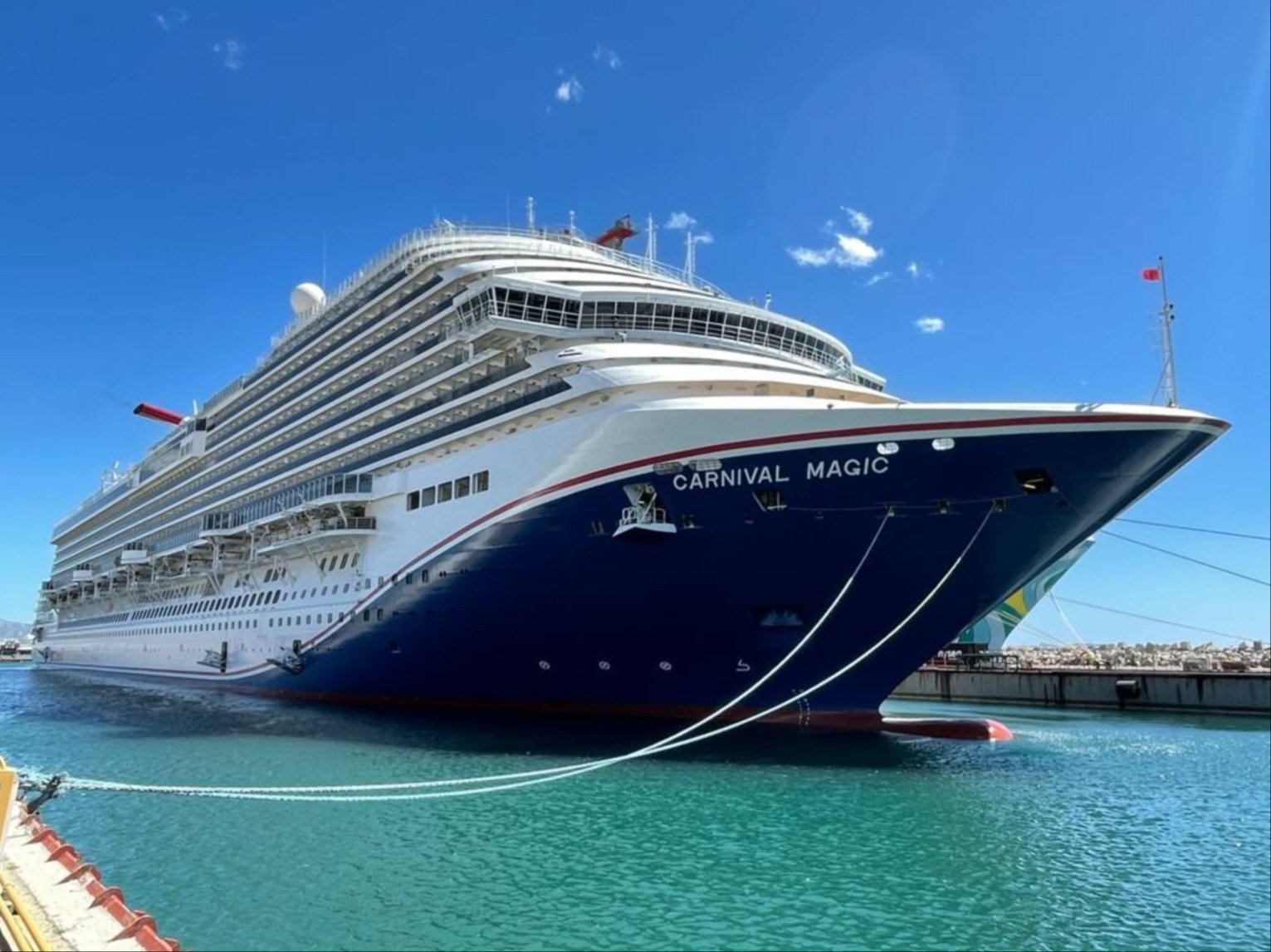 But while that may sound like a fight that should involve six people and not 60, that is nonetheless the number that James estimated after watching the fight unfold from her door. 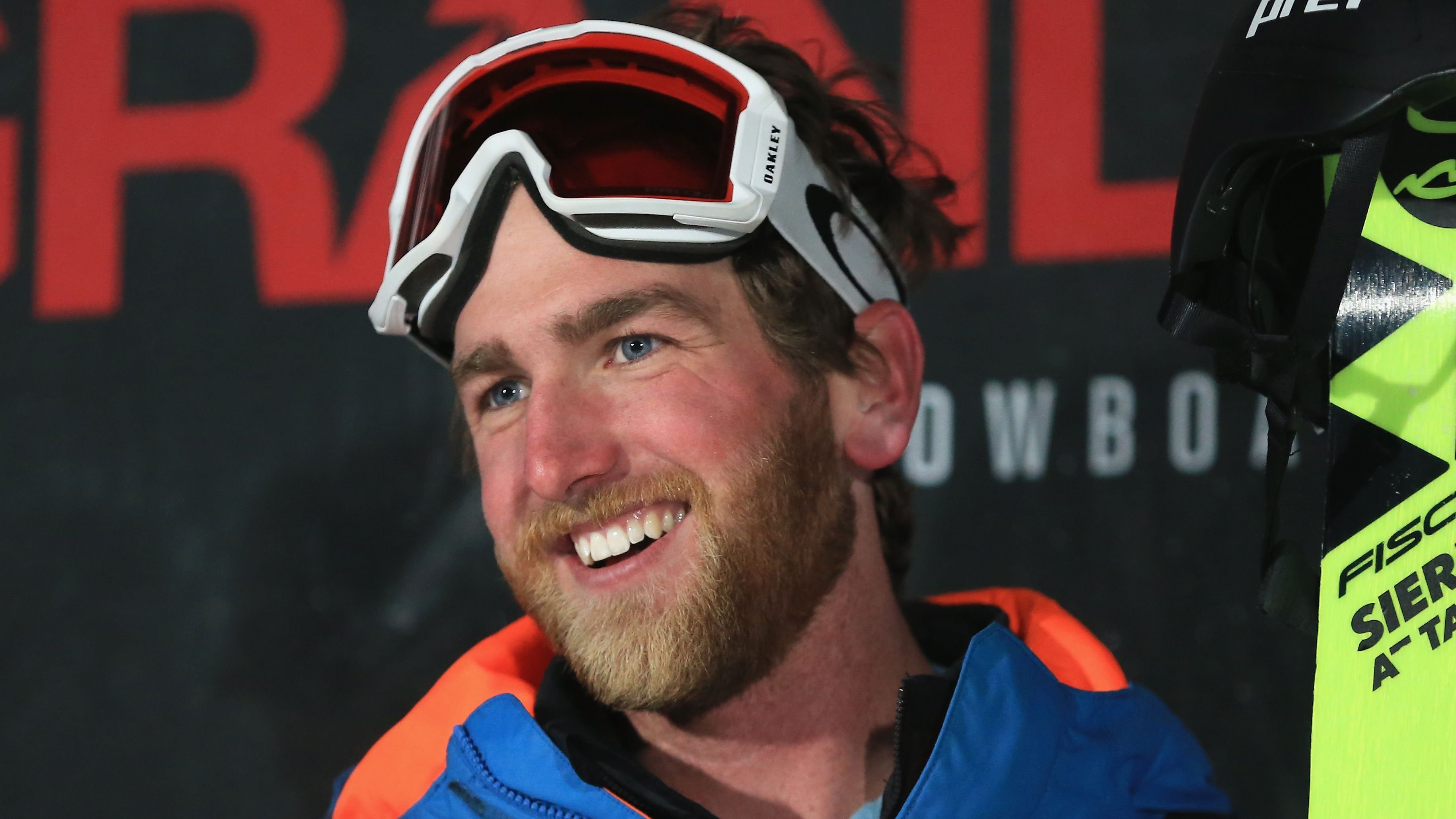 She estimates that a total of 60 people got involved. 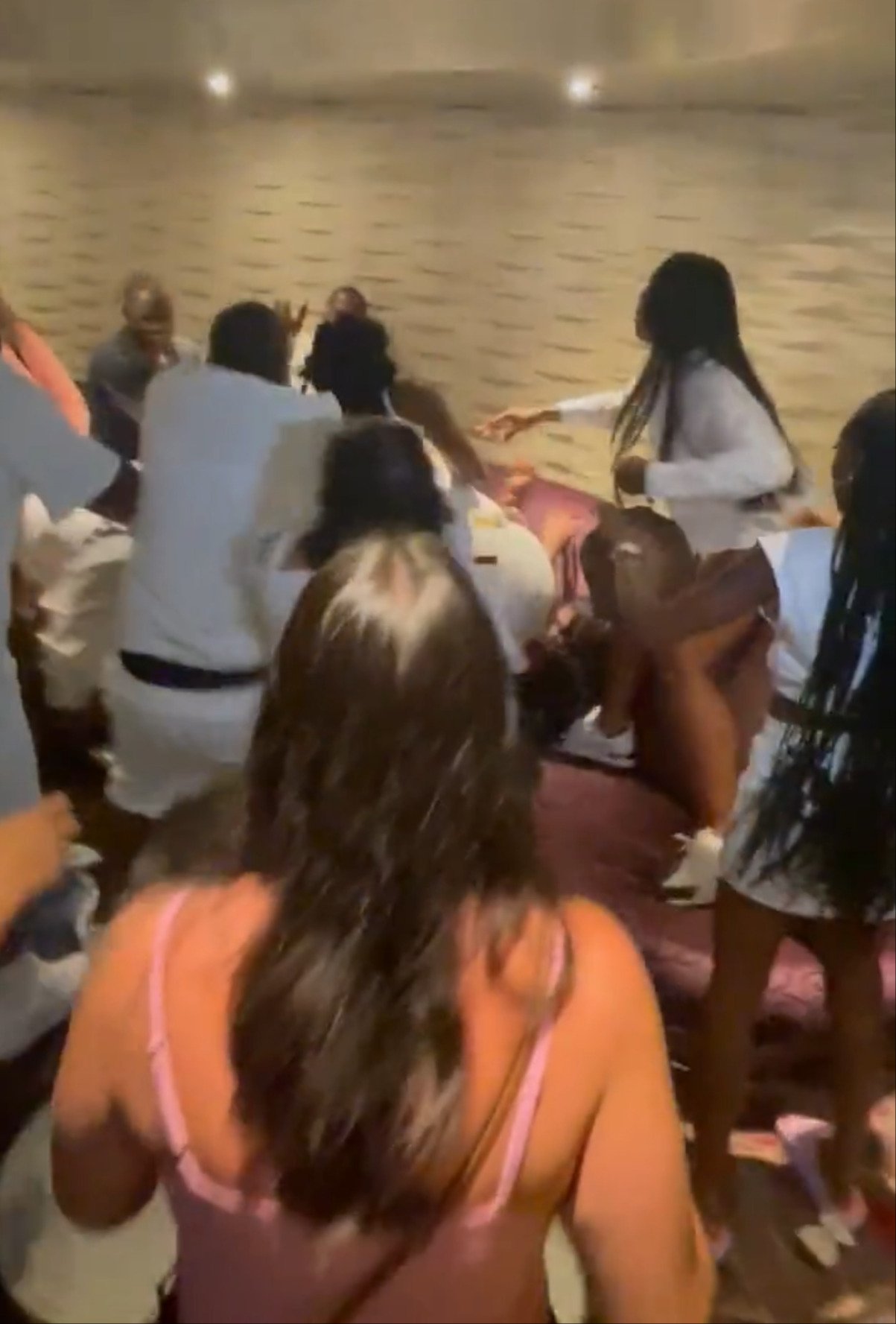 The incident lasted over an hour and took the matter all the way from the ship's fifth floor to the first one.

And while James said the altercation wasn't physical for that entire duration, it nonetheless became violent enough that beer bottles were smashed and a woman was potentially cut during the fracas. 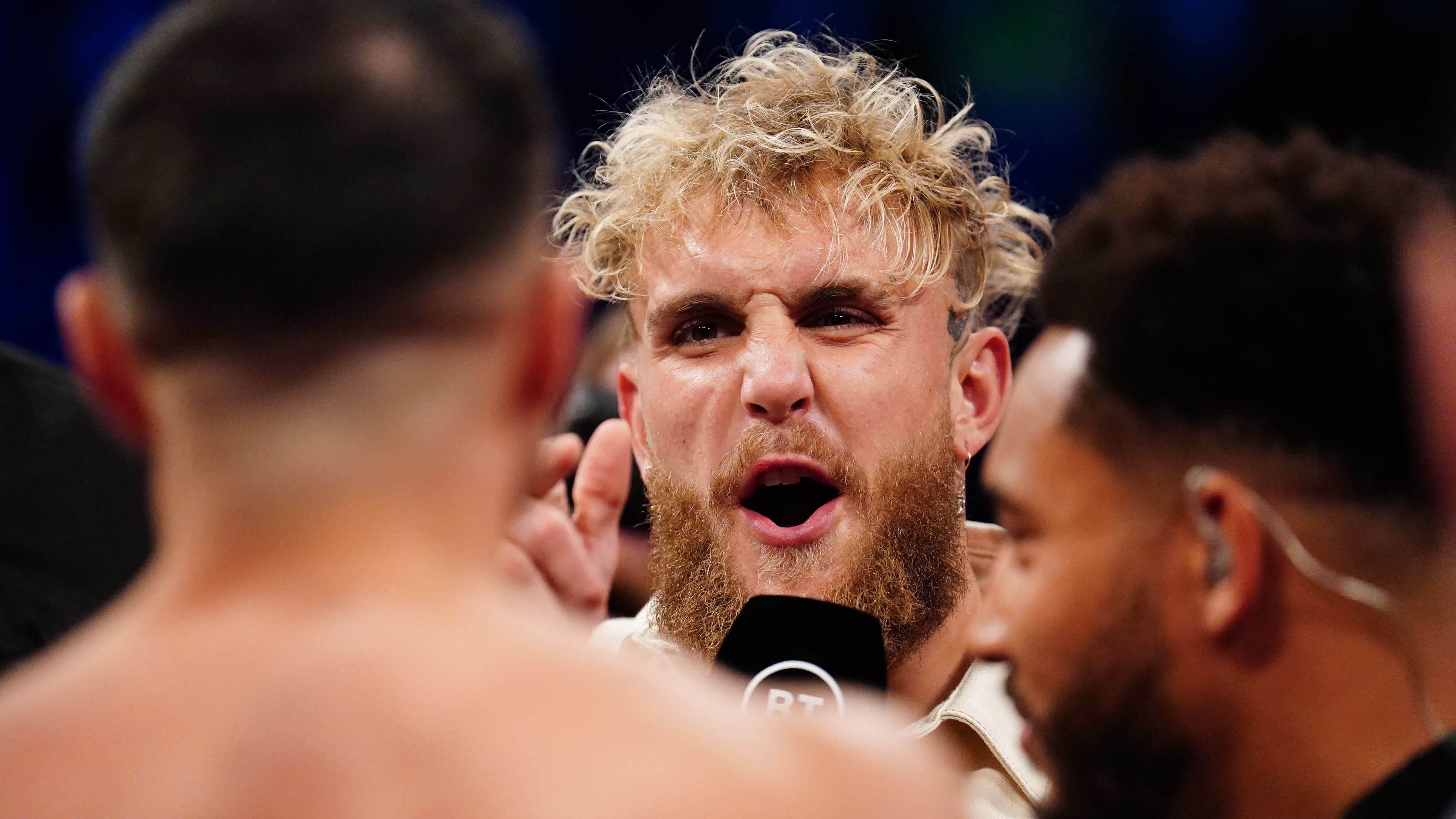 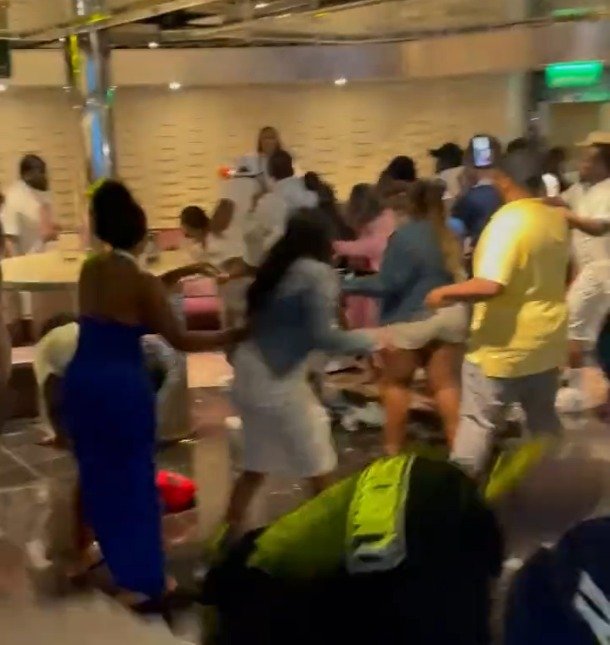 However, they were greatly outnumbered by the participants in the brawl and didn't completely succeed in breaking it up.

They did defuse it some, and James maintained that the situation would have been worse if they weren't there.

She described the incident as the result of "ignorant fools acting stupid." 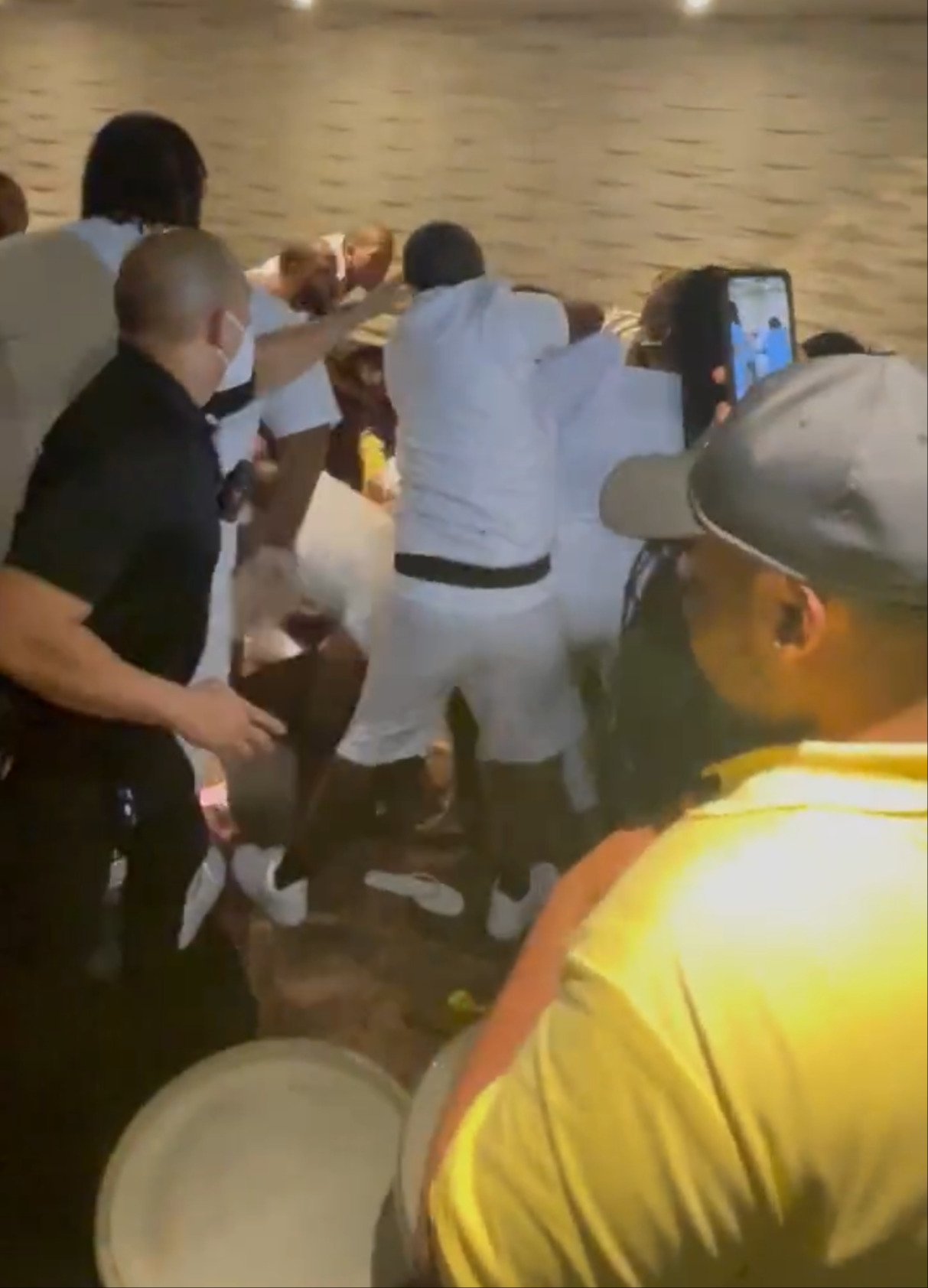 Apparently, she didn't let it dissuade her from booking another cruise scheduled for next month.

HuffPost reported that the brawl was serious enough that the U.S. Coast Guard had to escort the ship to its destination in Manhattan.

New York City police were waiting at the dock. 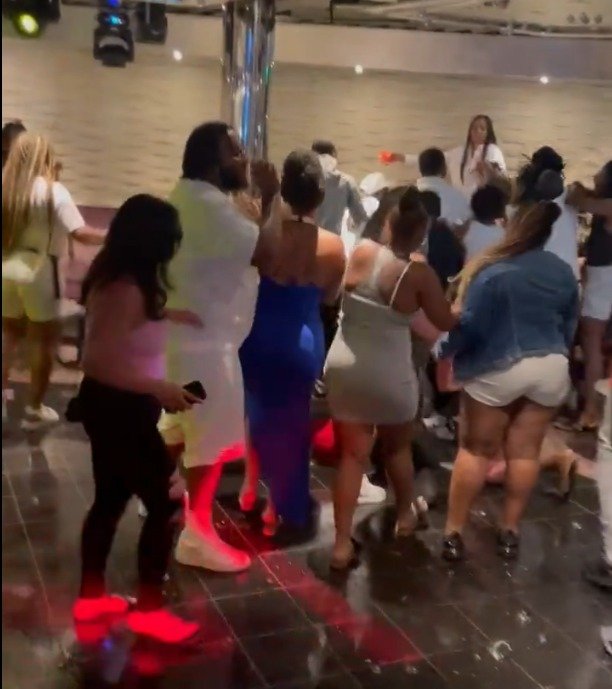 It remains unclear if anyone was actually arrested, though.

It's also unknown as to what extent either New York or New Jersey officials will follow up on the incident since it technically occurred in international waters.

A video of the fight has gone absolutely viral on Twitter.

Sporting over 1 million views, people were captivated by the mass brawl that took place on the open sea.

The man who uploaded it claims to have been on the ship, and was joking about the event as seen above.

Even if the dramatic reason behind the fight was authentic, it's still hard to imagine getting so invested in the affair that you and 50 other people come to blows over it.