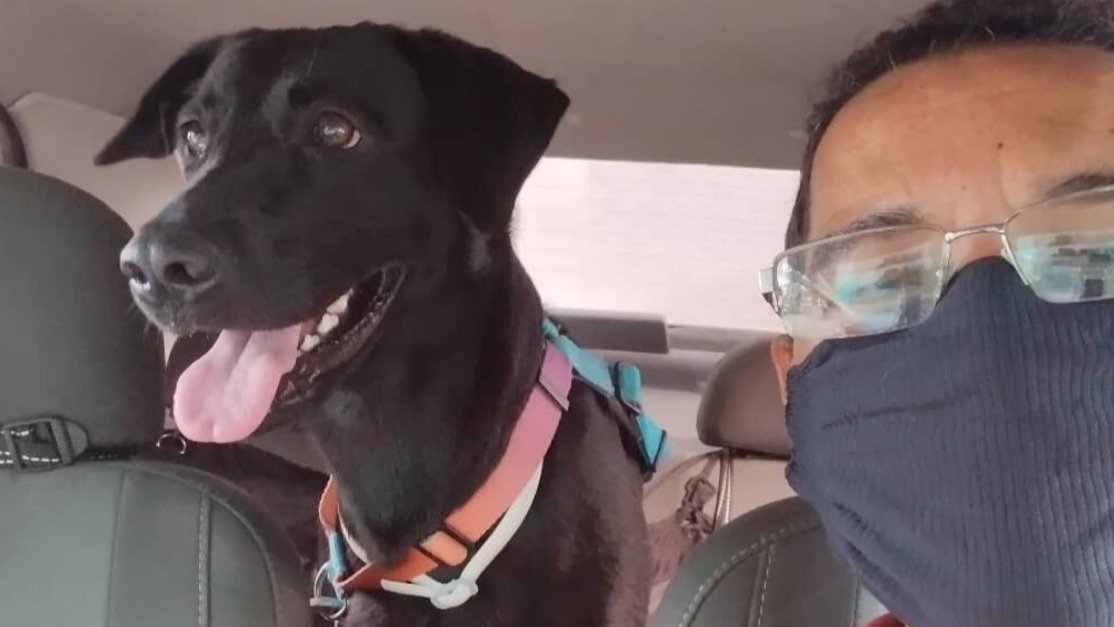 A man in Brazil has started his own pet transportation company and he's got quite the collection of wholesome dog selfies to prove it.

While it's true that we humans aren't always the best when it comes to making our planet hospitable for other animals, that doesn't mean we should underestimate the number of people out there willing to drop everything and help when those creatures find themselves in need.

And while animals rescues and veterinarians obviously shoulder important responsibilities in the well-being of animals, it's easy to forget that there are entire networks of dedicated volunteers who go to some impressive lengths to get them where they need to go.

For the most part, these networks are composed of pilots who will either make life-saving flights to rescue animals from euthanasia or provide dogs training to be service animals with a chance to learn the skills they need.

However, not every person who devotes their days to transporting animals are bringing them on such grand, jet-setting missions. In the case of one man in Brazil, his work sees him travel shorter distances to get the animals to more routine but nonetheless important places.

About two years ago, Hamilton Taurino of Olinda, Brazil dealt with a dilemma that would end up changing his life. 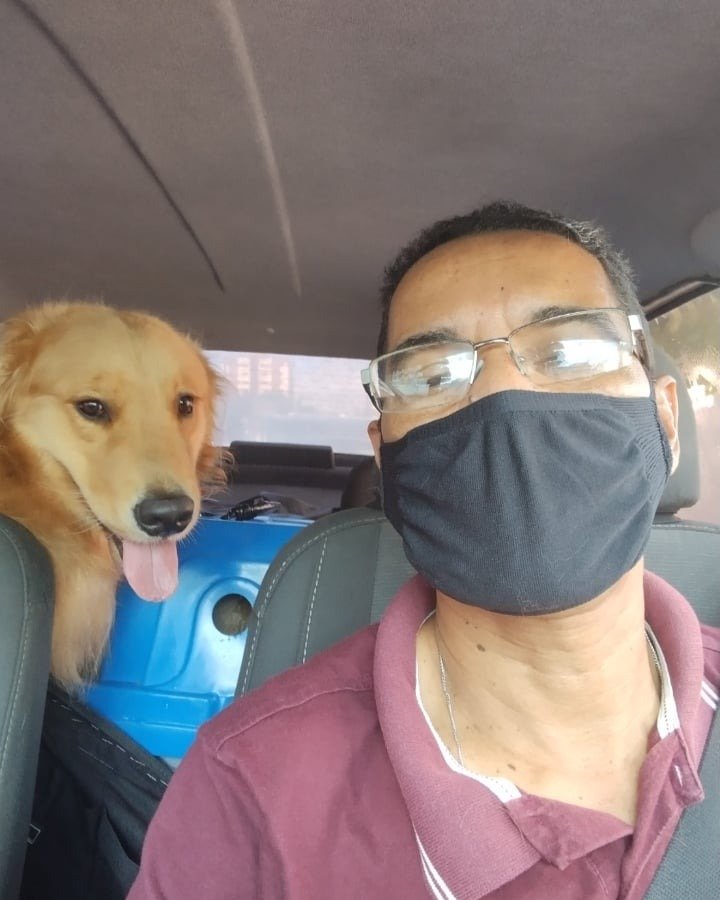 According to Bored Panda, he was visiting a friend whose dog happened to get sick while he was there.

From the sounds of it, the dog's condition was concerning enough that the two scrambled to find a ride to a vet's office but soon discovered that nobody wanted to take the dog in their vehicles.

And while it's unclear how they resolved that situation, it evidently gave Taurino what has blossomed into a beautiful idea. 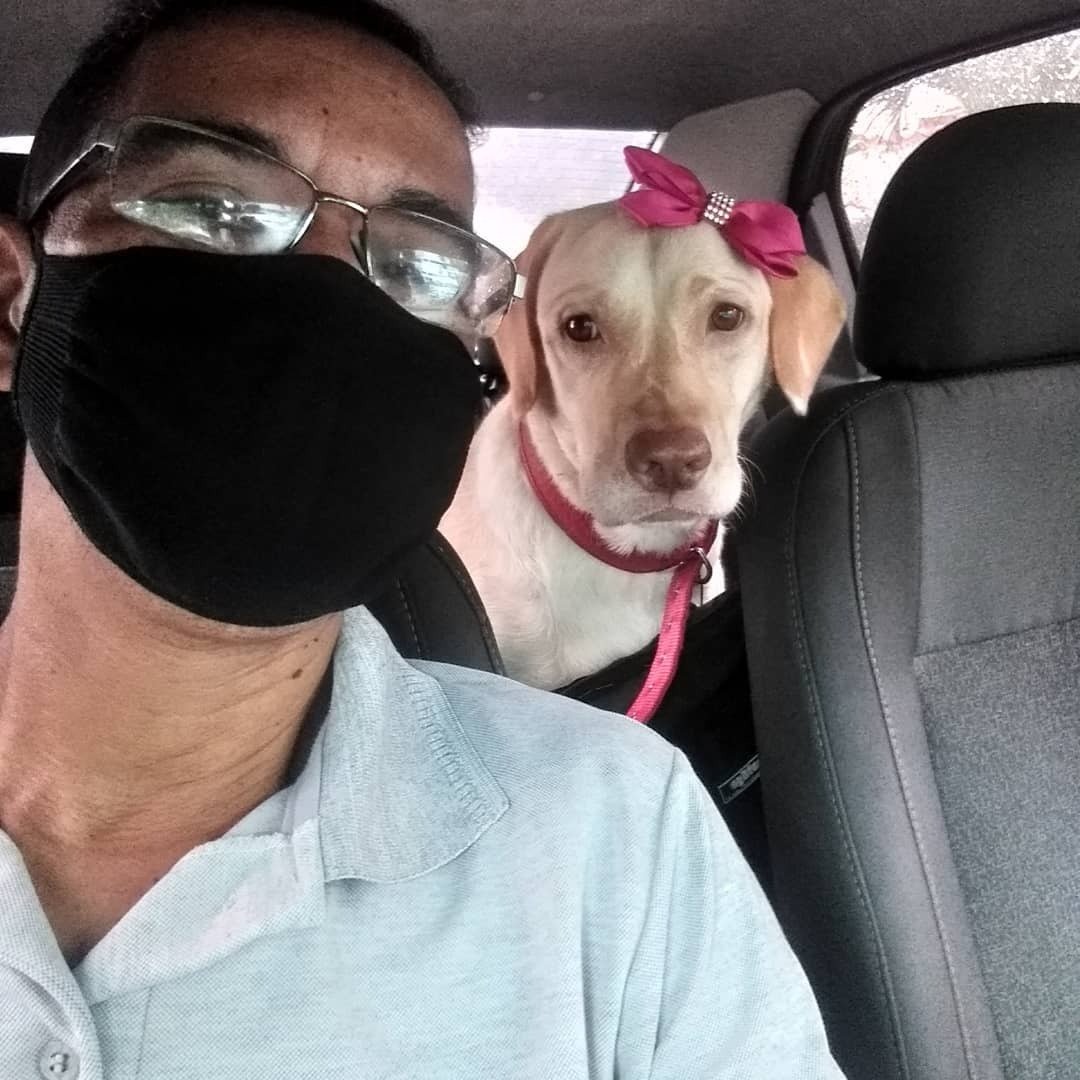 He would end up starting his own service called "Taxi Dog" that sees him personally drive animals to veterinary clinics, pet shops, laboratories for when they need to undergo medical testing, and bathing and grooming boutiques.

And as we can see, he makes a point of taking a selfie with each of his adorable passengers once they get into his car.

As you might expect, this job has made his nearly 3,000 Instagram followers envious of how much affection he gets from dogs every day. 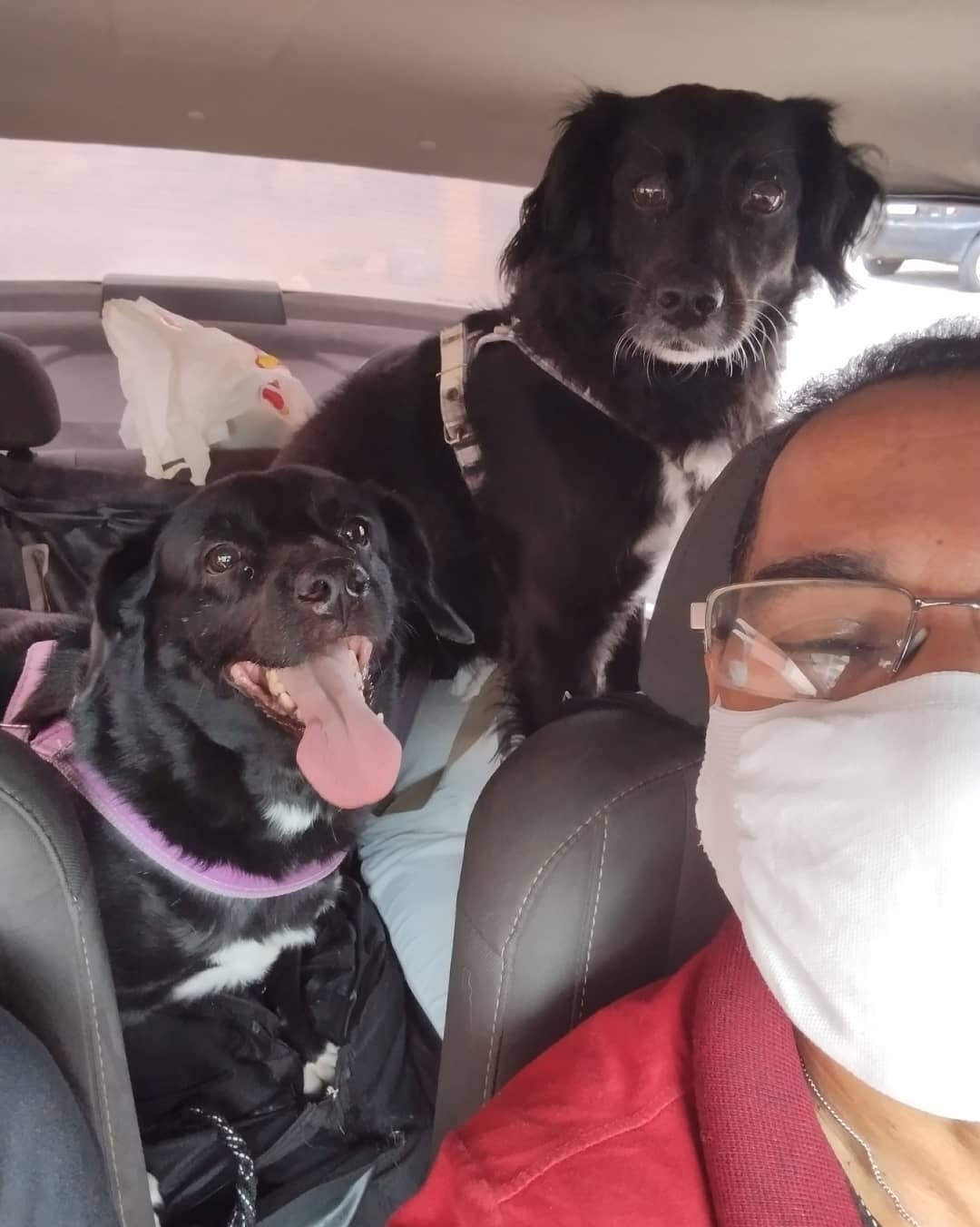 For instance, he captioned this photo by saying, "Playing in the car with Uncle Hamilton" as translated from Portuguese.

And considering that he makes three to four trips a day, there are likely hundreds of animals who now consider him "Uncle Hamilton."

But despite the name of his business, Taurino doesn't just limit his clientele to dogs and their owners. 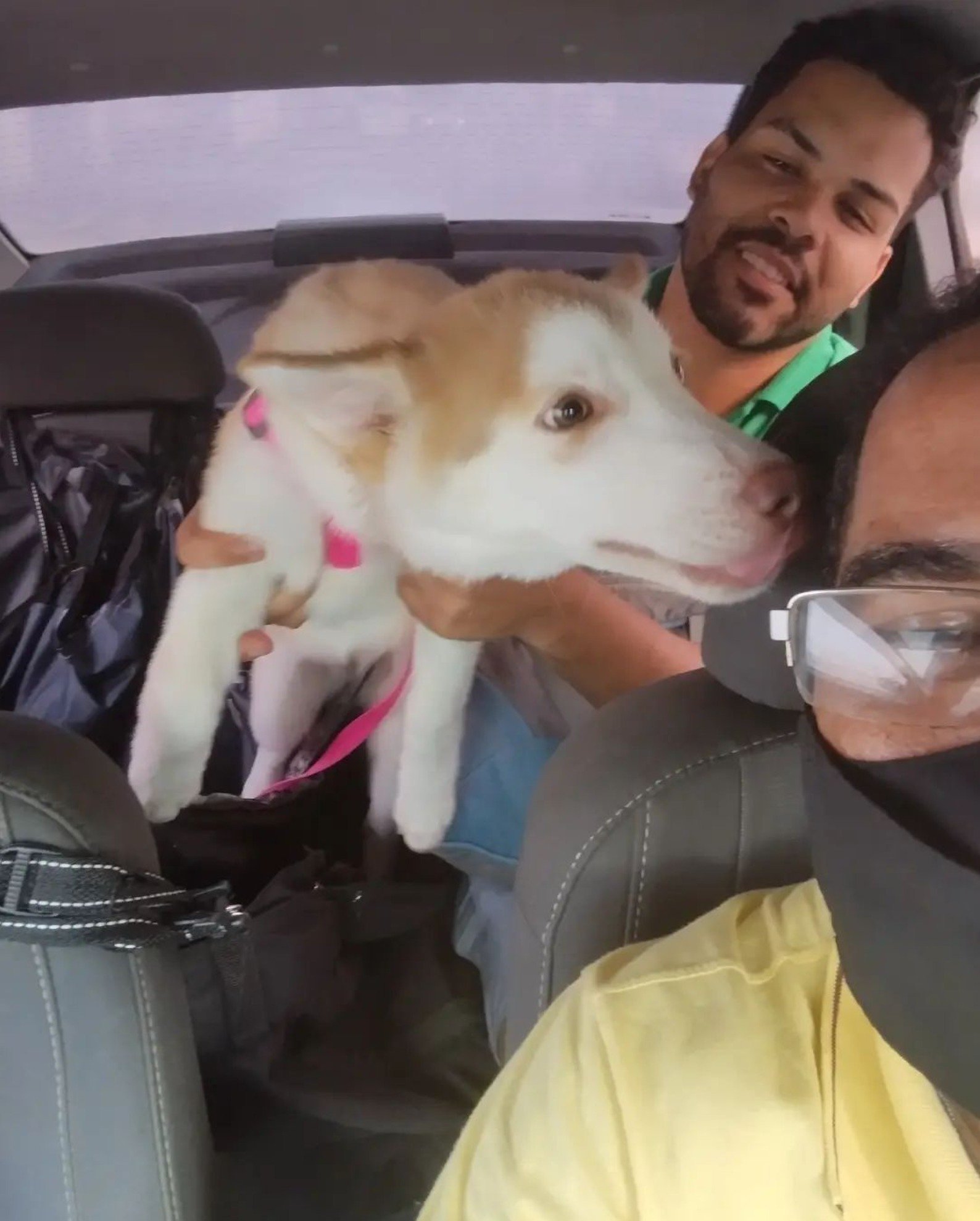 According to Bored Panda, he's just as apt to transport cats and birds, but it's naturally harder to get photo opportunities with either of those when they're in your back seat.

But as we can see here, the dogs are often both large enough and curious enough about him to star in some seriously cute photos.

And based on a few captions from his selfies, vet clinics and groomers are just his most common destinations rather than the result of a hard and fast rule for where he's willing to go. 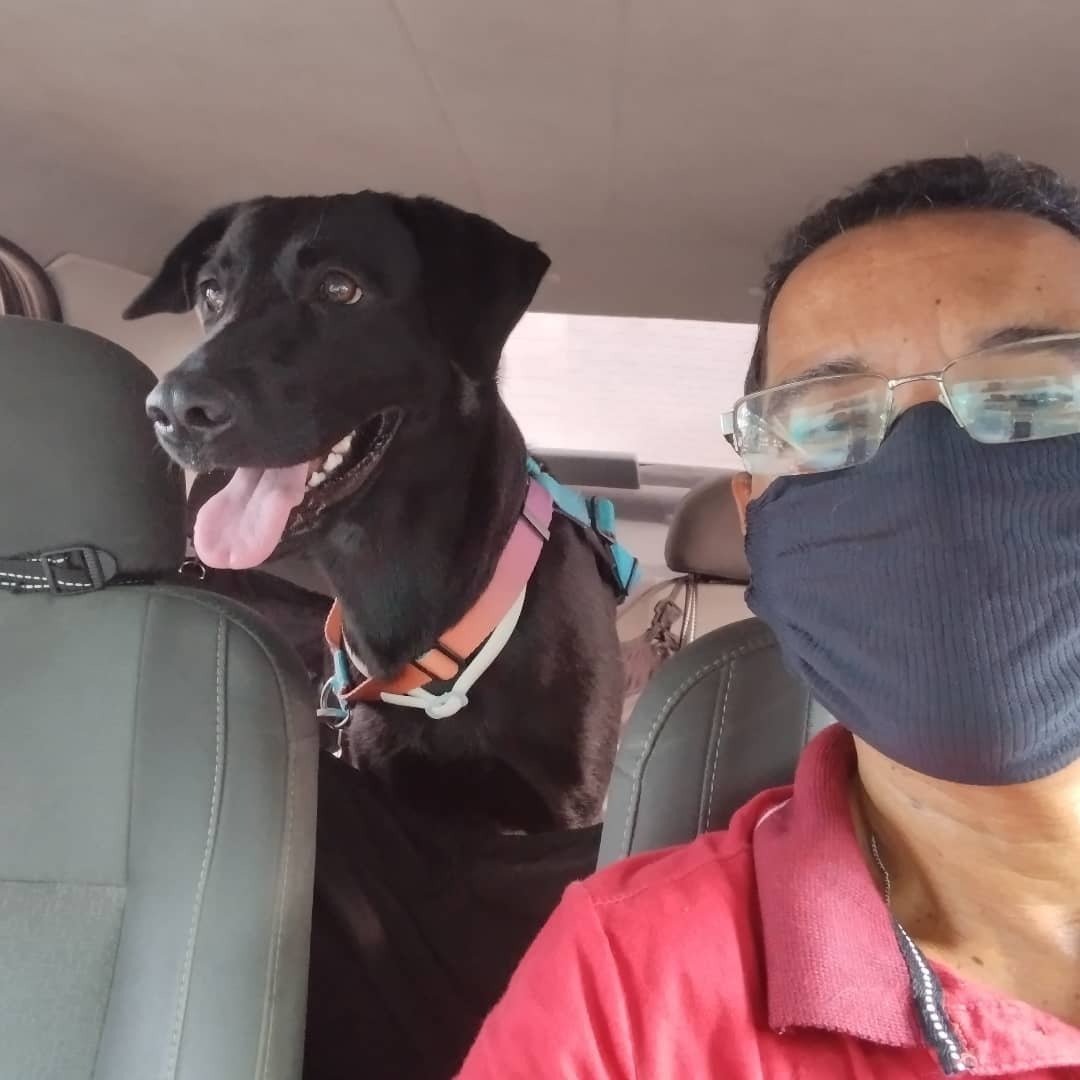 For instance, he described his time with this happy fellow by saying, "Tulip, anxious to get to the beach."

And since we don't see Tulip's owner here, it seems that it was entirely Taurino's responsibility to ensure the pooch had a great time at the beach.

No wonder he's "Uncle Hamilton" to so many animals.