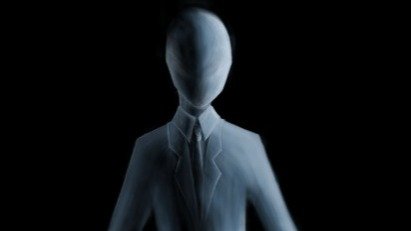 True Crime Lovers Share The Cases That Will Always Haunt Them

True crime as a genre has exploded in recent years, with Netflix leading the way when it comes to thought-provoking, highly bingeworthy true crime docs.

The most compelling thing about the genre is the element of mystery. Even for the cases that have been solved — and many haven't — there's something haunting about simply knowing the details.

The r/AskReddit thread, "What is a case that haunts you to this day?" brought out all the true crime aficionados. We've avoided the gory details in the anecdotes below, but please be aware that some of the links contain disturbing details. 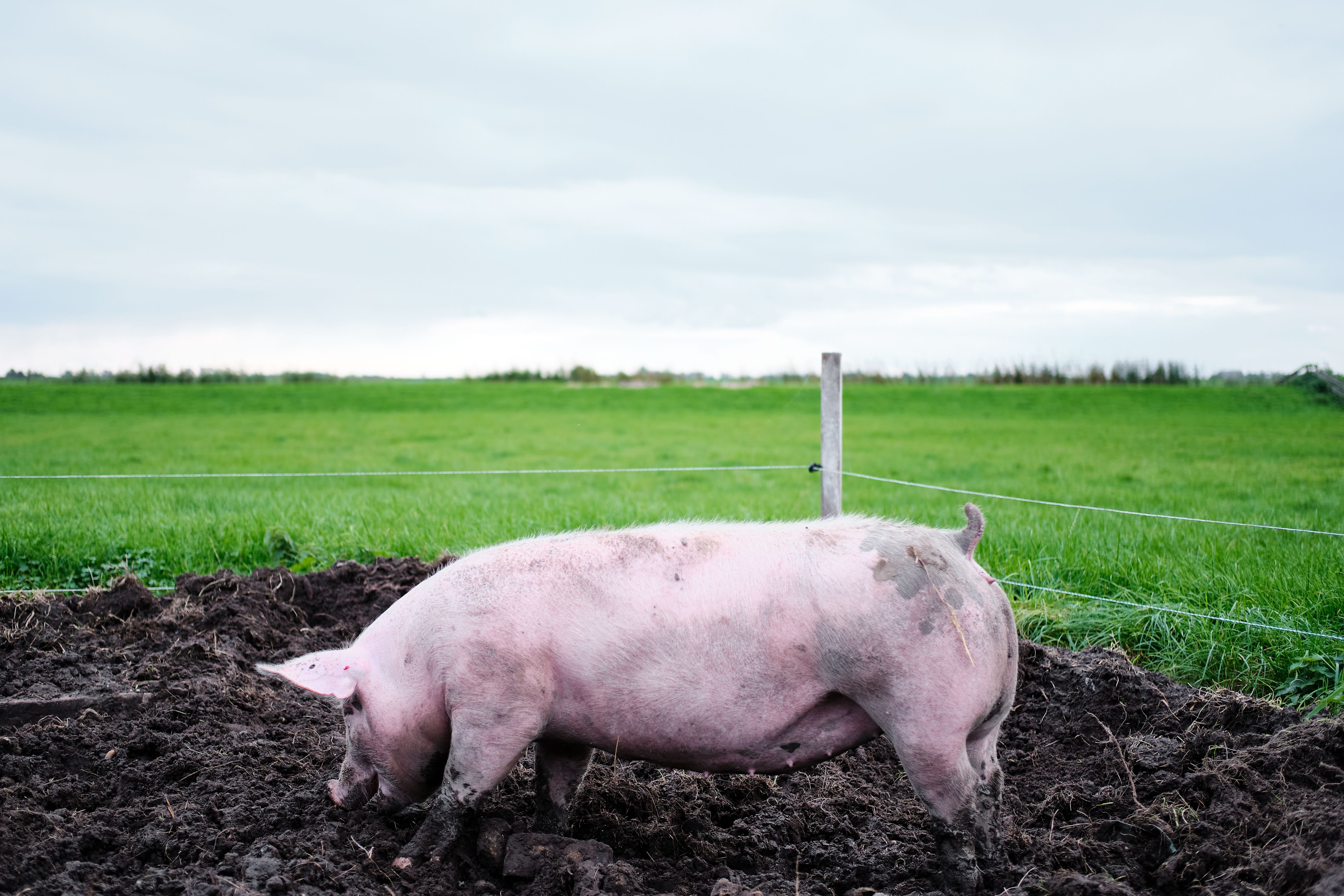 "One of my friends from childhood was raised by her grandmother. Her mom had gotten into a bad situation and left, so her grandmother took over. As kids, we never really asked about that kind of stuff, but when we got older and the news broke of his arrest, it took a dark turn. Turns out, her mom was one of his victims. They found her DNA in the relevant areas on the farm, but unfortunately, her case was one of the 20 that were stayed.

It haunted me learning what he had done to those women. As a teenager, I couldn’t imagine what it would have felt like to know that had happened to my own mom. As an adult, it breaks my heart knowing the number of years my friend spent thinking her mom just didn’t care." 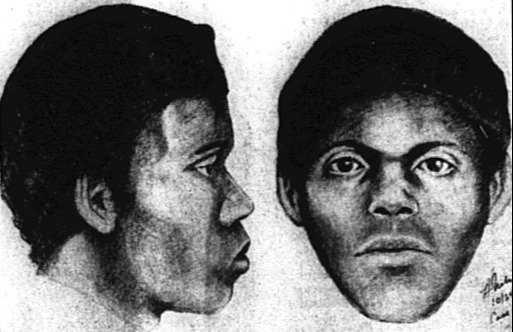 "The Black Doodler. A man killed several gay men in the '70s. There were witnesses and survivors who could identify the killer but refused to do so because it would’ve outed them and ruined their lives. Police likely knew who it was but couldn’t arrest him because of a lack of evidence." 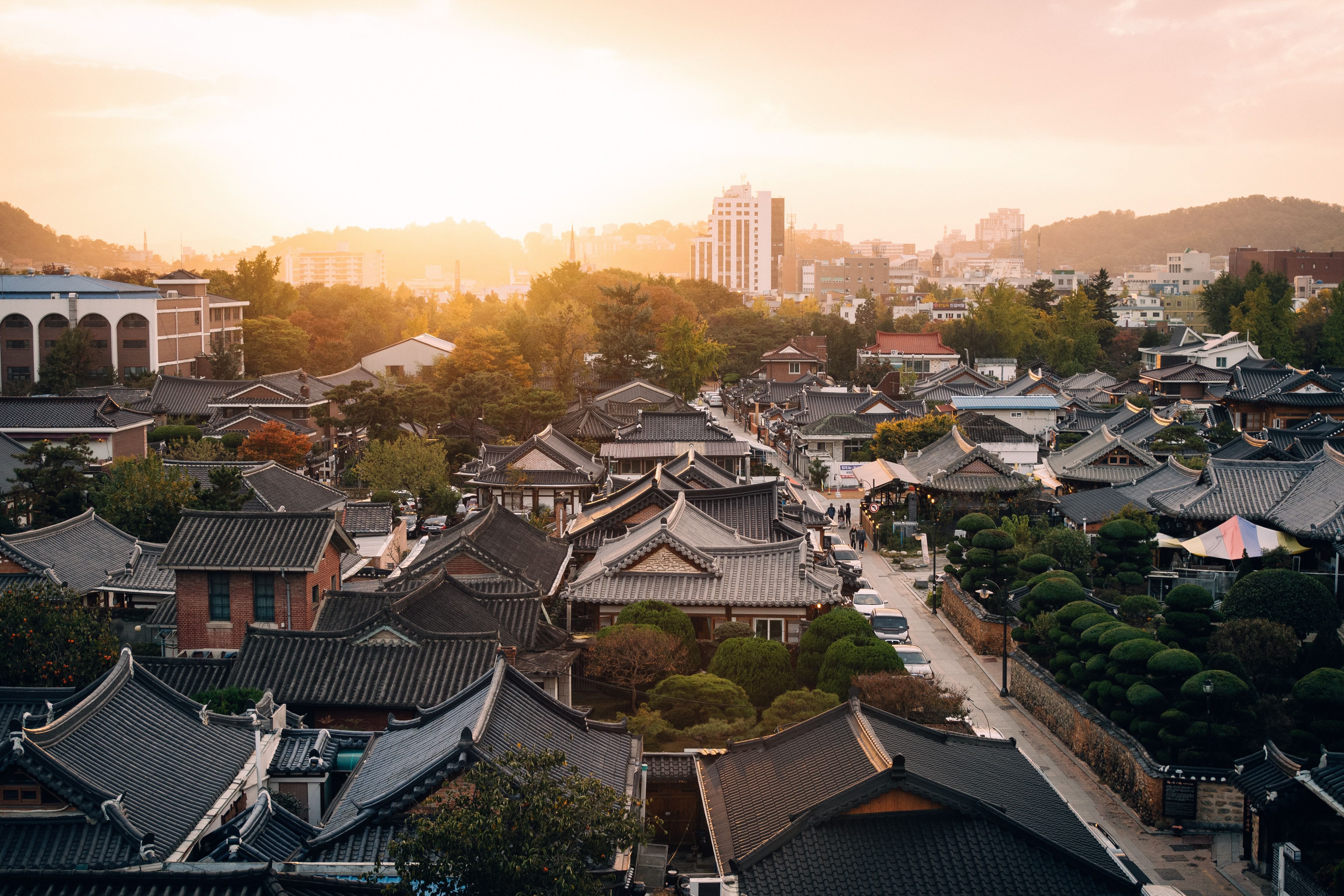 "The atrocity was compounded by the incompetence and callousness of the prosecution, as well as the absurdity of the light sentence due to legal loopholes around crimes committed while intoxicated. But that's just scratching the surface of what makes this an absolute [expletive] show, where victim to this day is continued to made to suffer without justice." 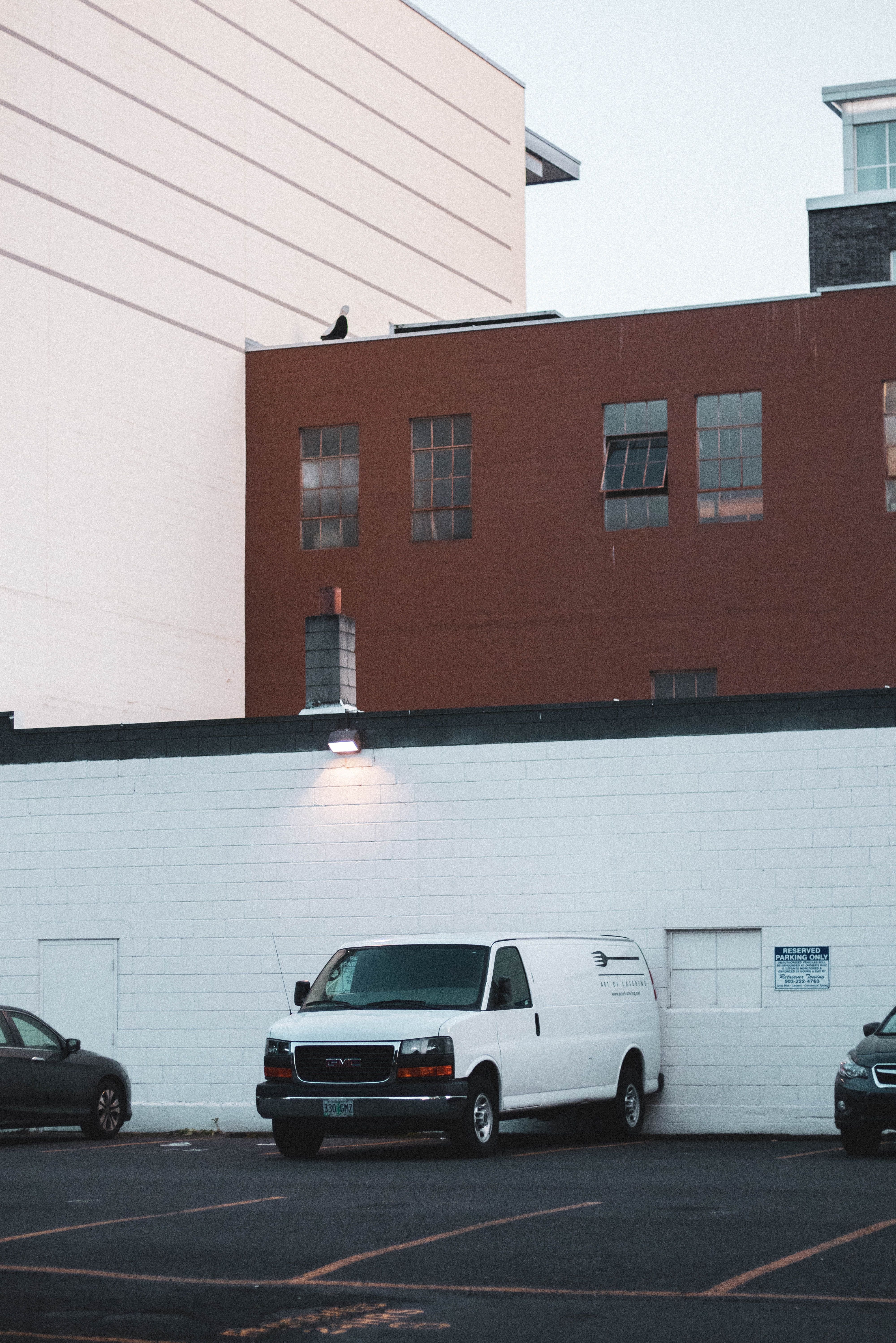 "This guy set up a torture room in his van, he called it the toybox. He would search any woman on the street to kidnap and keep and torture them in the toybox for approximately 3-4 months, before drugging them with something that make them lose memory and throw them away." 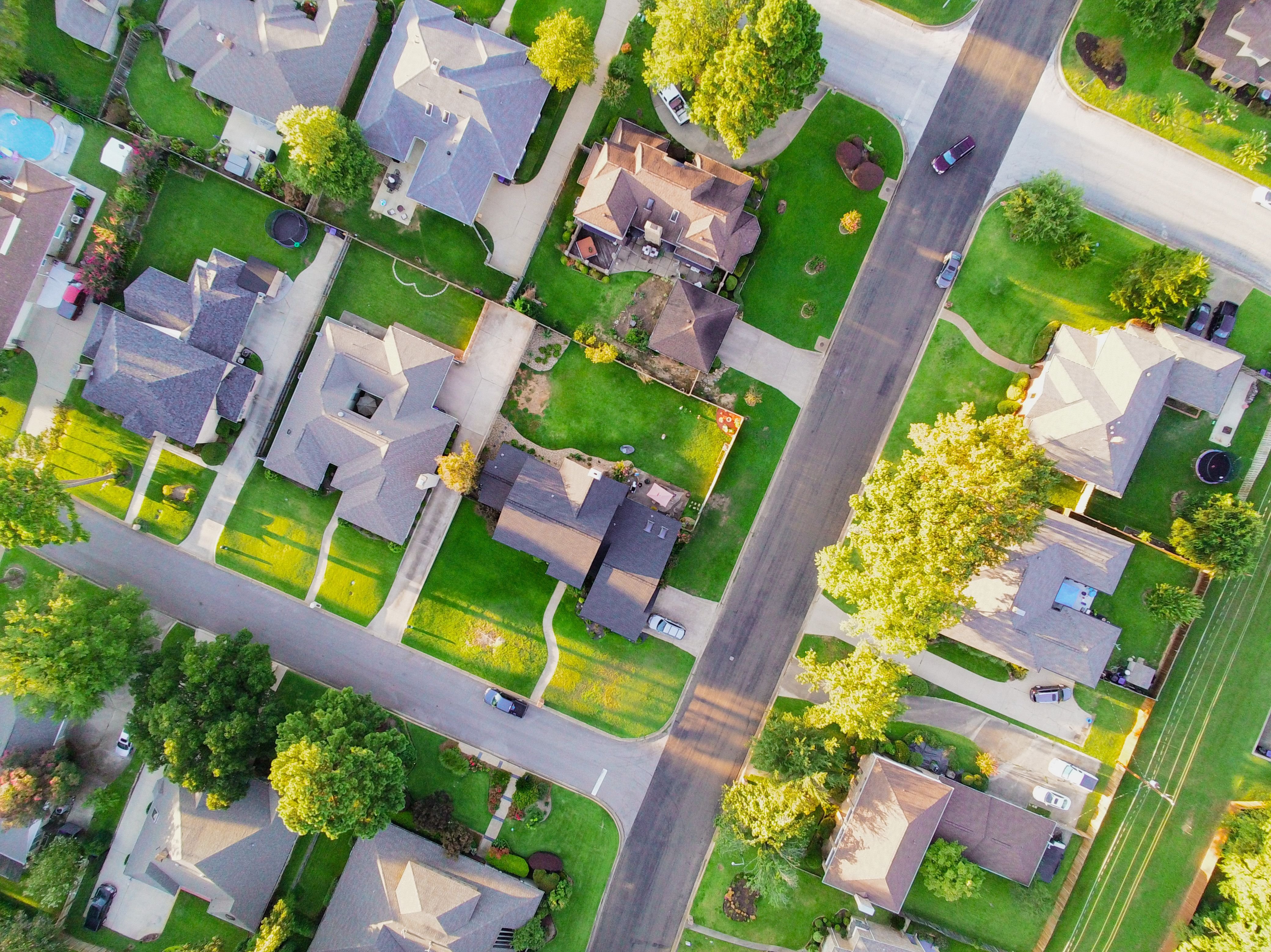 "The fact that there are so many pictures of them vacationing and living a 'normal' life before the parents decided to keep them all chained up is sickening. Neighbors saw the children eating from the trash cans outside and never thought to call the police. The school system also failed those children miserably. It’s all horrendous. Thank goodness the one sister was able to use that cell phone to call the police and escape through a window AND THAT THEY TOOK HER SERIOUSLY BECAUSE SHE WAS 17 BUT ACTED LIKE A 12-YEAR-OLD DUE TO LACK OF NORMAL SOCIAL SKILLS!!!" 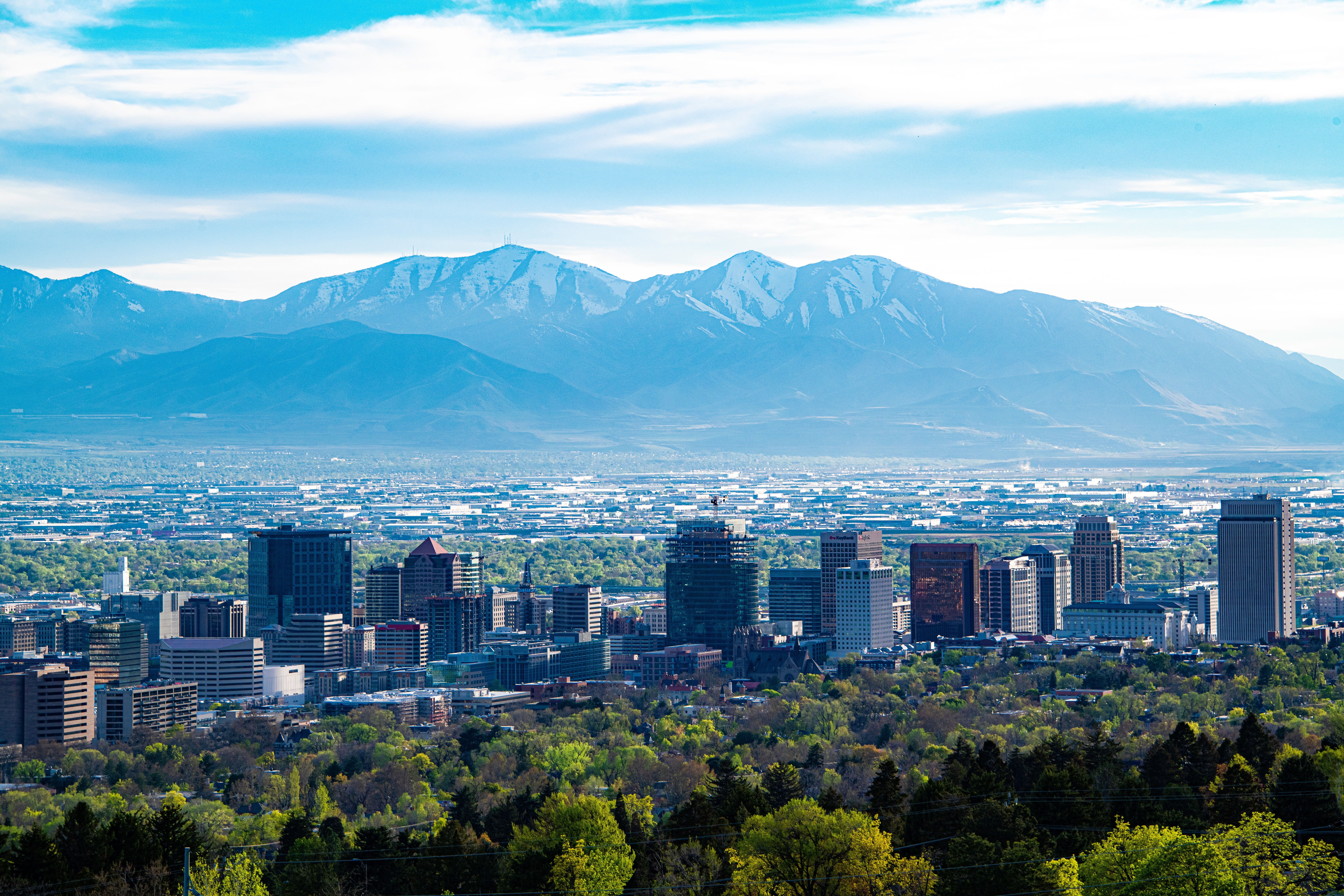 "[I] lived in SLC at the time and I know (gut feeling) he dumped her in the desert and went back and started a fire where her remains were. Turns out he likes setting people on fire. And his dad! Jesus, don't even get me started on his pedophile dad..."

Pedro Lopez, the monster of the Andes 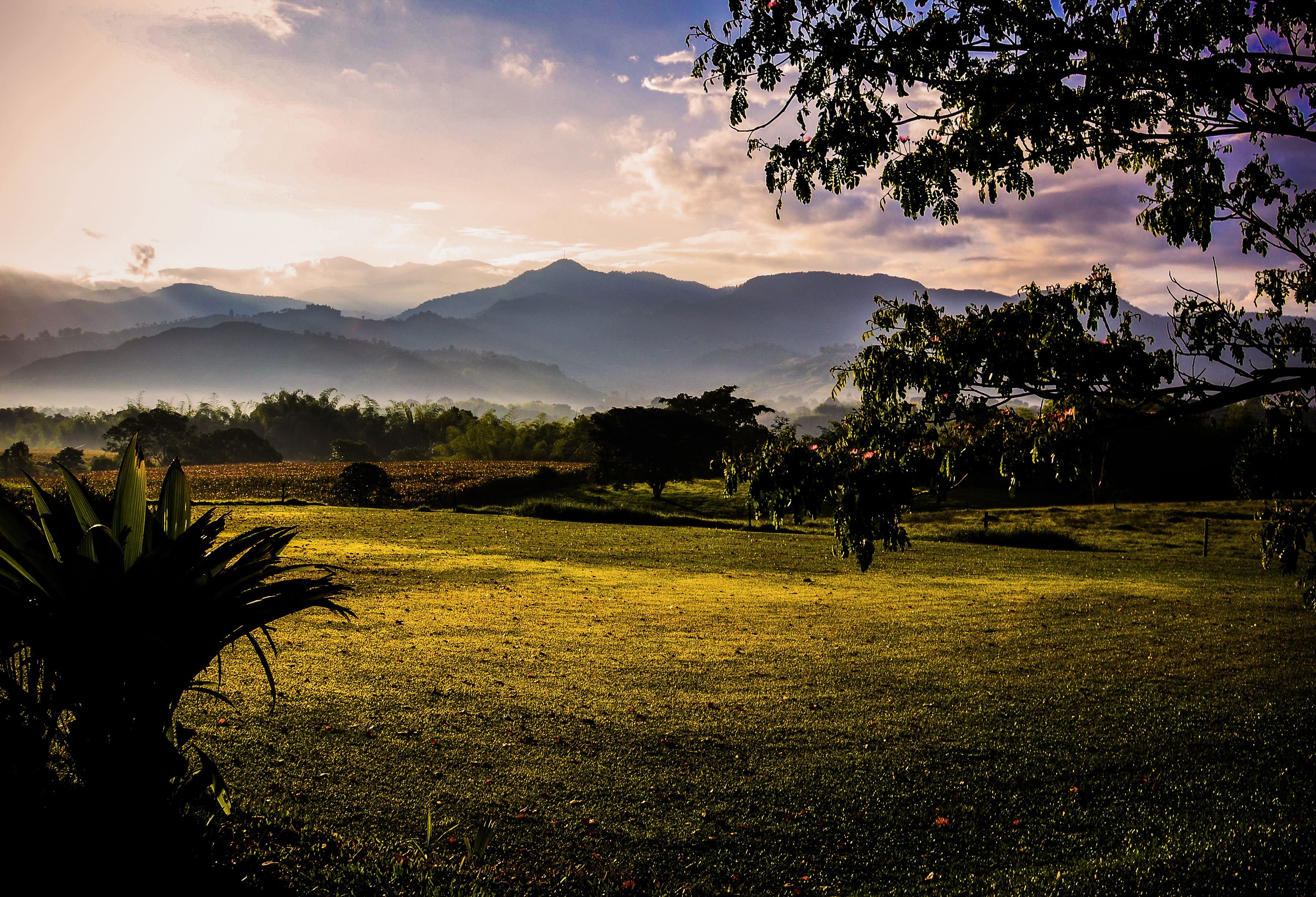 "Pedro Lopez, the monster of the Andes. He was a serial killer in Colombia who mainly did his killings in the rural countryside. He probably killed over 300 little girls. He admitted to targeting them because of how trusting they were. He wasn't sentenced to life because the country didn't have a life sentence as a punishment. IIRC, he got out of prison and disappeared. If he's still alive, he'd be an old man now. Horrifying to know that evil man is or was walking free out there." 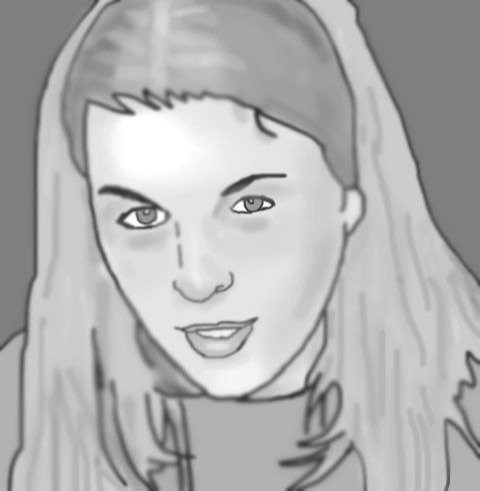 "Brazil, Suzane von Richtofen. No because it was particularly brutal or anything.

She was a 19-year old, millionaire kid, that was literally in Law School. She convinced her boyfriend, Daniel Cravinhos, and his brother, Christian, to murder her parents (beat up to death with steel bars). Because 'they were in the way.' They just didn't like her boyfriend and thought she should live a little since she was obsessed with Daniel.

Her brother, Andreas, that was 14 at the time, and herself deny any accusations that their parents were ever abusive or toxic.

They just didn't like her boyfriend and 'got in the way.' So she decided to kill them. And even got other people to do the dirty work for her." 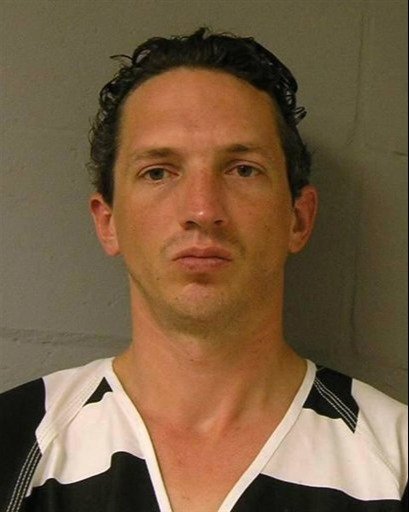 "Israel Keyes is one that I come back to a lot. This guy was meticulous and his case really shows just how impossible it can be for police to catch a serial killer who plans things out well and strikes at random.

He would travel all around the US and would bury murder kits in places that would not be easily discovered. Hidden in trees, buried deep underground, etc. Then he would fly back home and leave that kit there for months or even years. Then when he got the urge he would come back for it."

Abuse and murder of Gabriel Fernandes 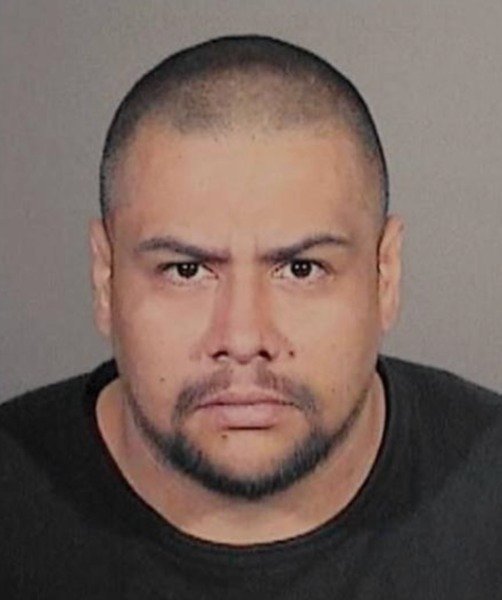 "Since having kids, I’ve noticed I have a lot of trouble with cases with kids. I can’t get through Gabriel Fernandes because I can’t even imagine what he went though. I just can’t wrap my brain around it all. I’d do anything to protect them and keep them safe."

Torture and murder of Junko Furuta 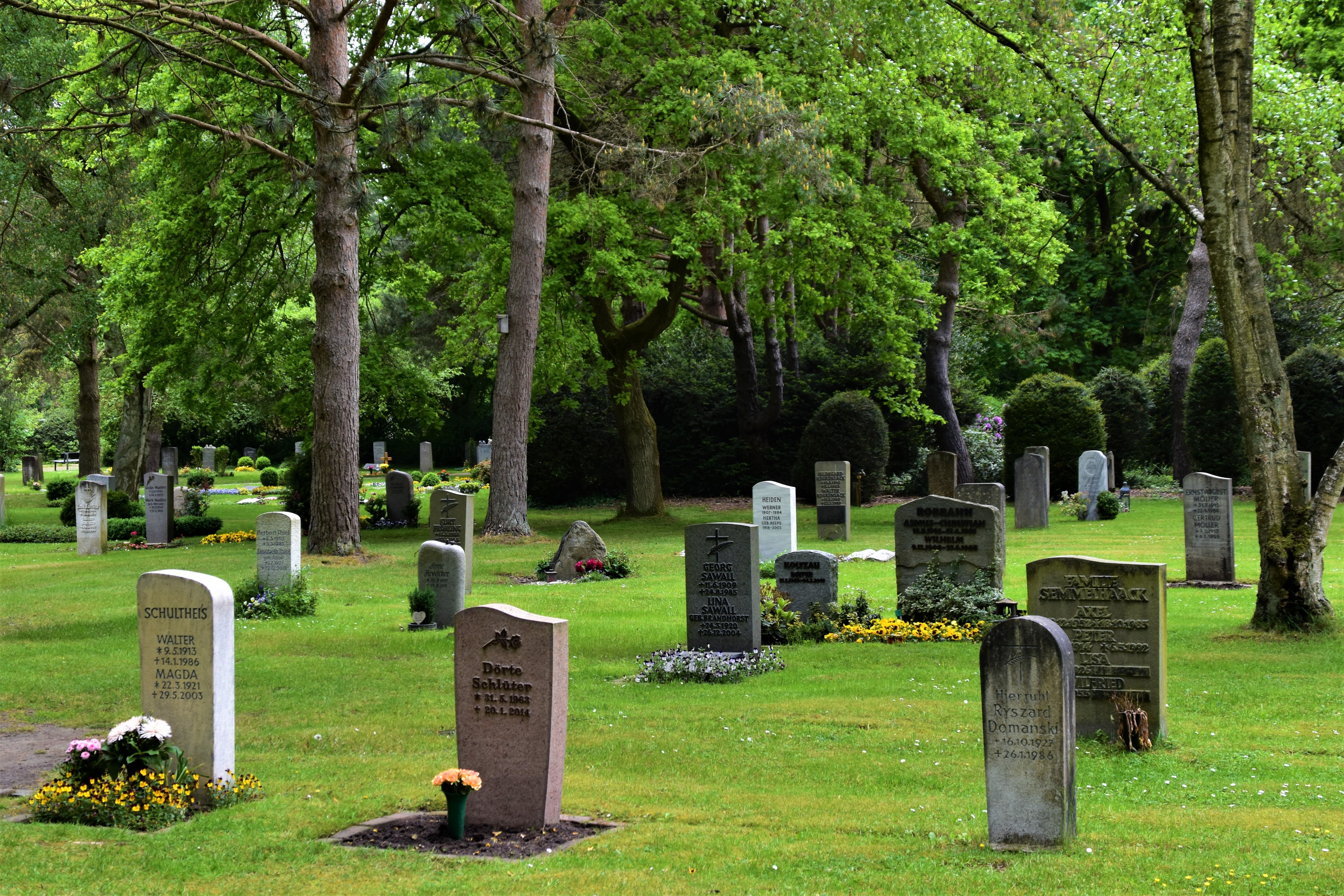 "It is genuinely the absolute worst thing I have ever read in my life... it has me wishing multiple lifetimes exist so her soul can get to experience one in which she only knows love and happiness. Heartbreaking in a way I can't even put into words, I can only feel. I hope she is at peace wherever she is and I hope her killers never know peace, ever. Just thinking about them makes me violent, I wish them the worst." 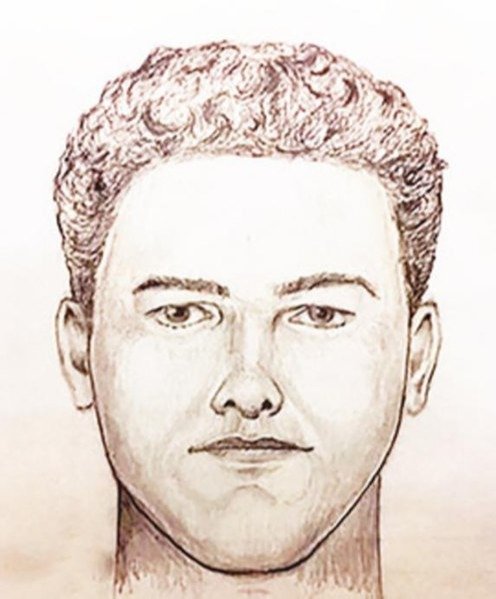 "The Delphi murders. Two young girls were murdered in broad daylight just off of a popular trail. The police have audio and video of the killer they’ve released to the public and still have never caught him."

Kidnapping and murder of James Bulger 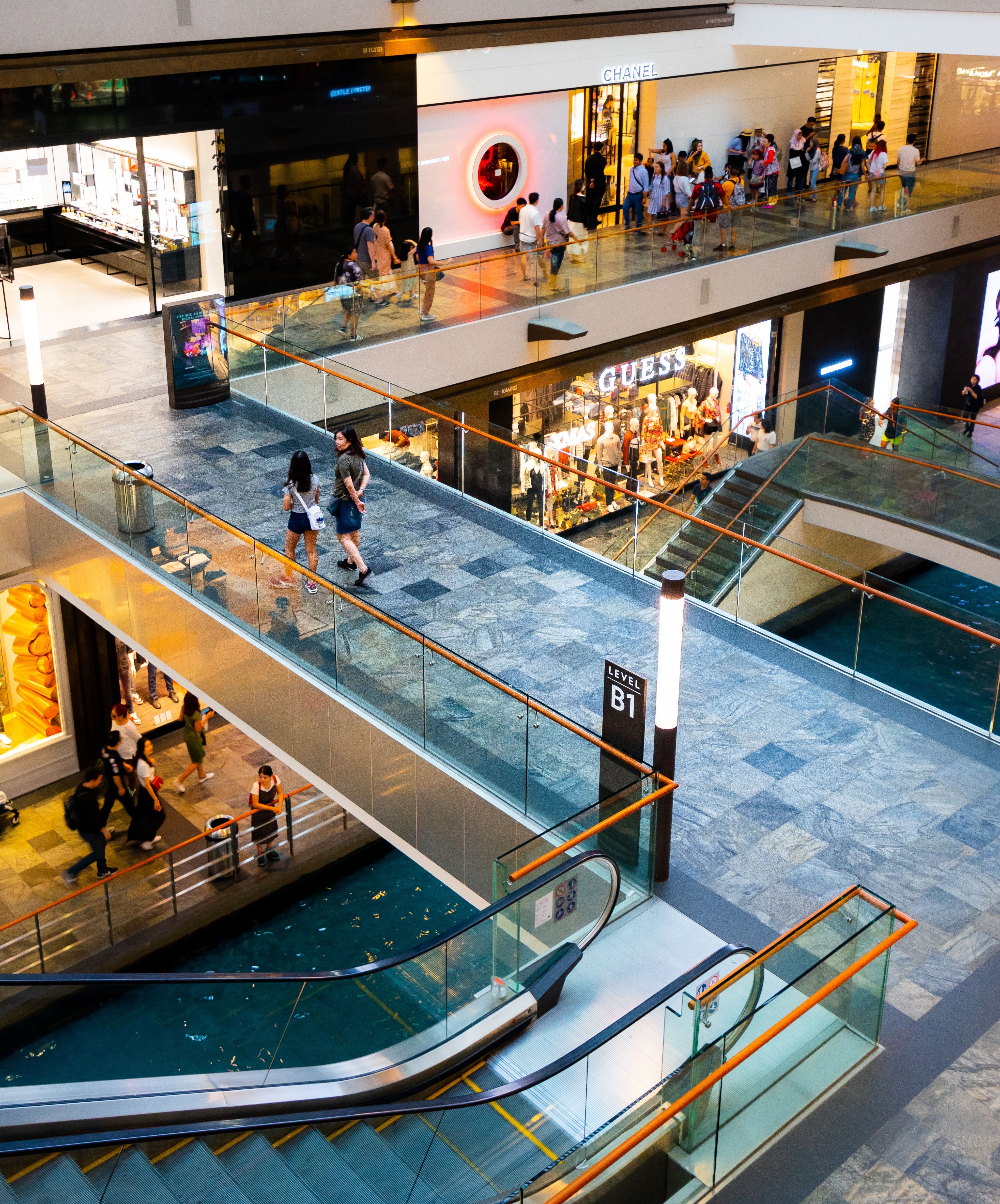 "I remember when this happened as I was around the same age as the killers and couldn't comprehend why someone would do that.

Read more about it a few years ago on one of these threads and it is absolute gut-wrenching. How he was yelling for his dad, but initially walked into not knowing he was going to his execution/torture.

Every aspect of it is just insanely unfathomable. I don't know why it affects me so much. I don't even live in the UK or have any connection to it. Maybe it is because I have kids of my own now." 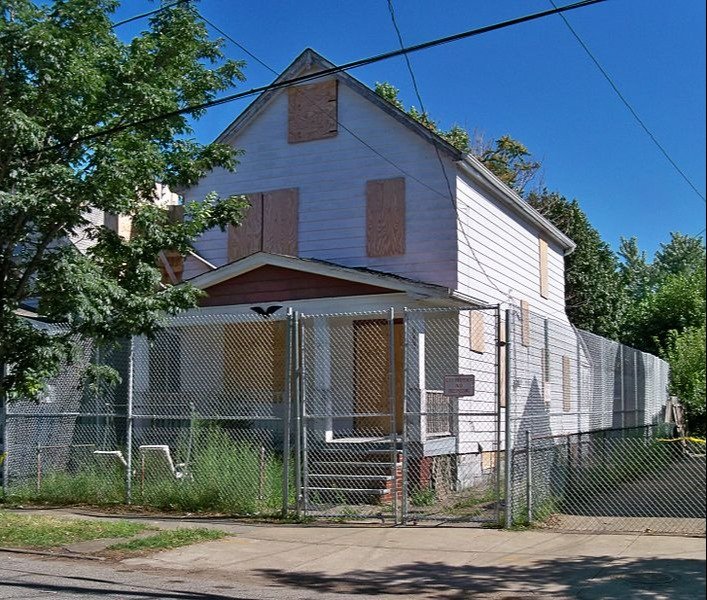 "Ariel Castro is definitely at the top of my list. The things those poor girls endured is beyond comprehension. And the fact that he killed himself makes me so angry because I so badly wanted him to suffer like his victims. Such a coward." 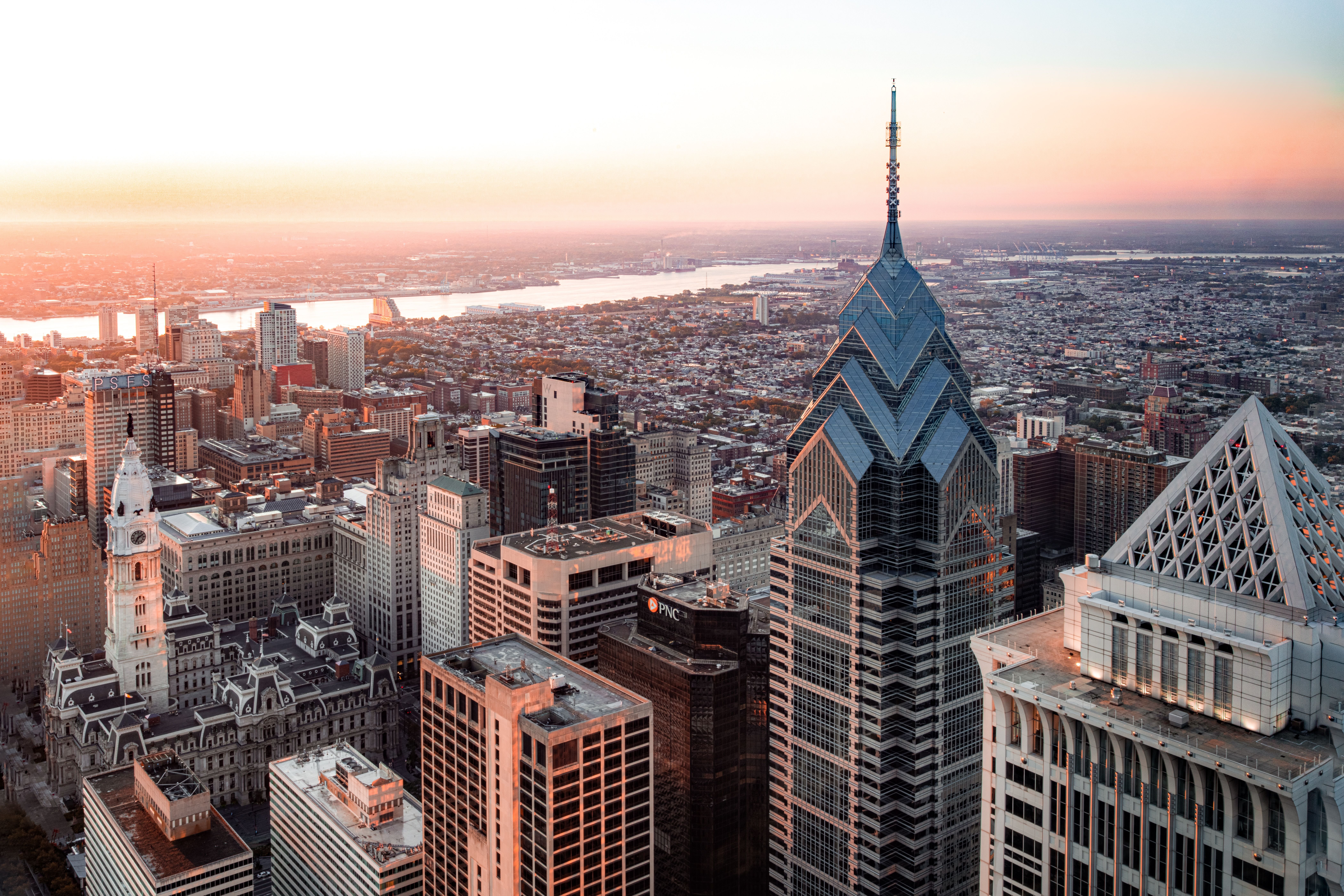 "The Frankford Slasher. Philly, late 80's to early 90's. A guy did some truly despicable and horrifying things to women who lived at risk -- those with drug issues, sex workers, etc. I won't describe how he killed them, but what he did was horrible." 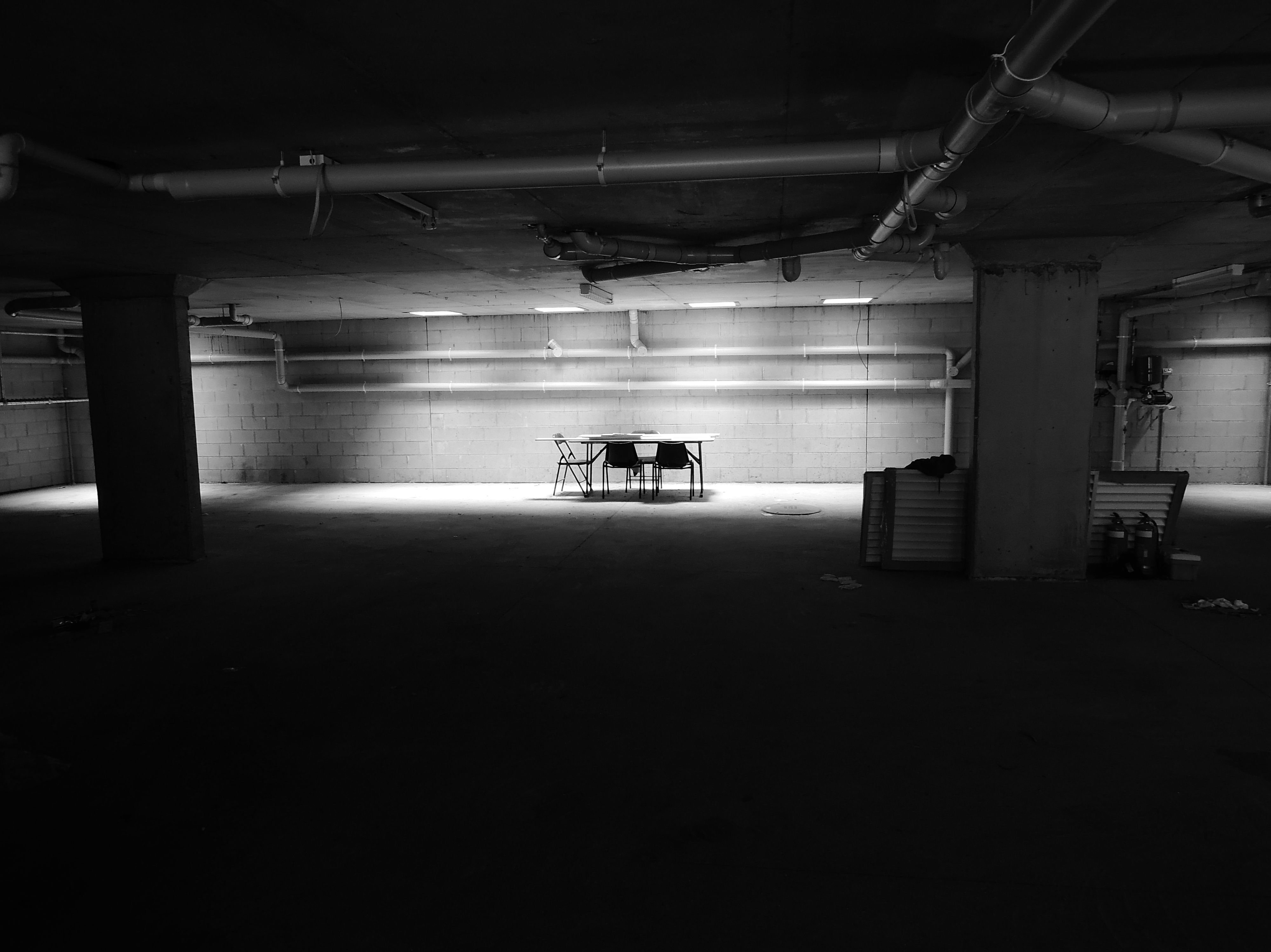 "Watching his interrogation interview.....he's like a robot trying to fake normal human emotion. 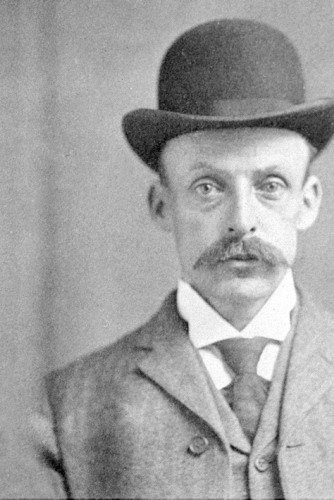 "It's gotta be Albert Fish. They finally caught the bastard as an old man, but that wretch essentially got away with raping, murdering, torturing, and eating countless children. He also wrote letters to his victim's parents detailing what he did to their children. I am hard pressed to find a worse example of our species." 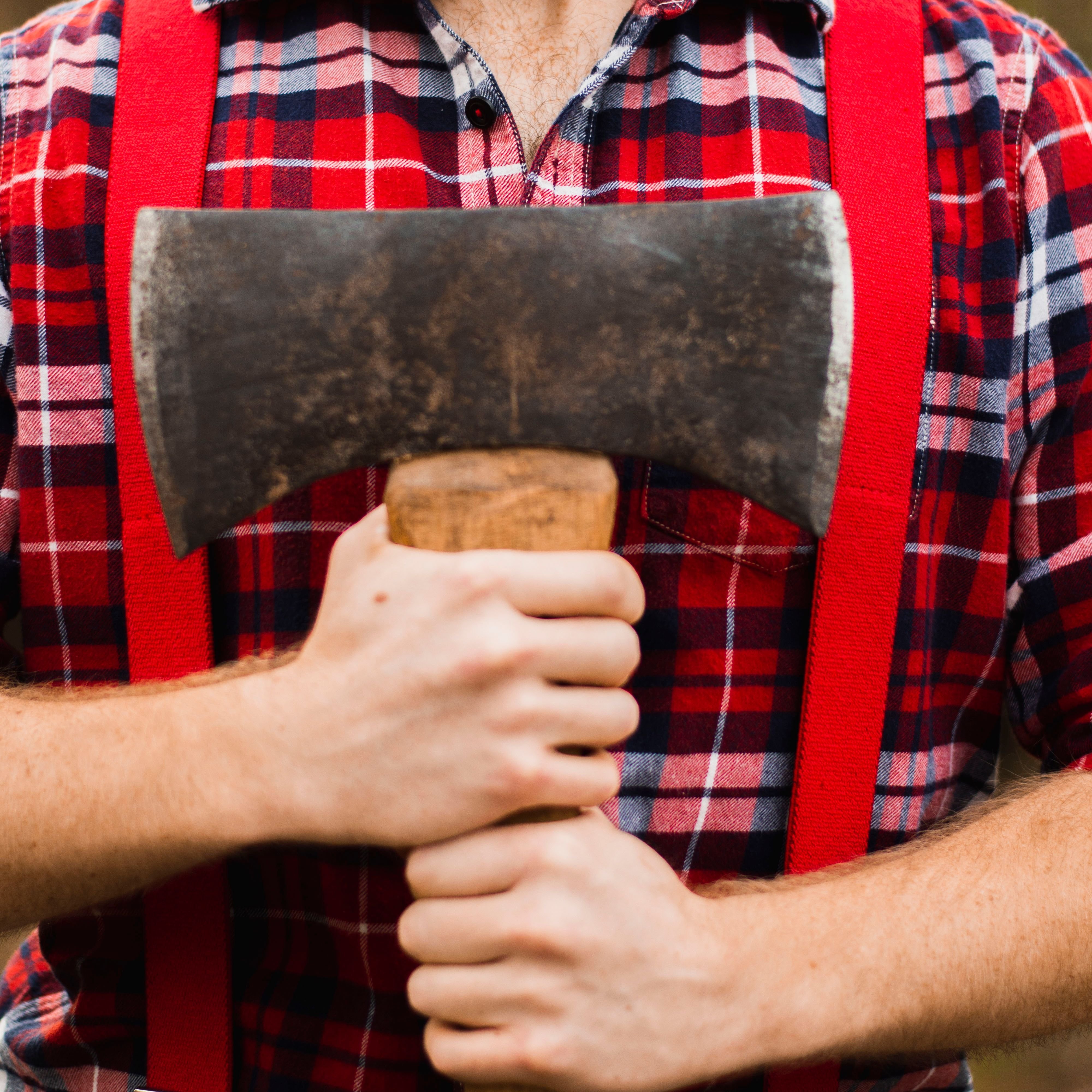 "Guy in Ireland Alan Hawe who murdered his family and committed suicide. He reorganised the living room furniture so his wife wouldn’t see him approach with the axe, the first strike didn’t kill her she had defensive wounds. He then went the beds of his three sons and from oldest to youngest he knelt on them and cut their throats, they would’ve felt the pressure and woke in time to see their dad kill them. He then hung himself leaving a note on the door saying call the police and don’t come in. 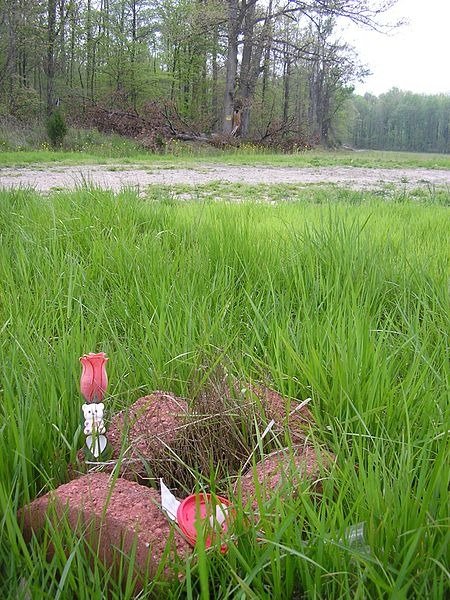 "I grew up in the town that [the Shanda Sharer murder] happened in. Weird to see it on here. I met one of the girls when I was growing up and had absolutely no idea what had happened at the time. Now that I’m older and understand more it makes that moment very surreal." 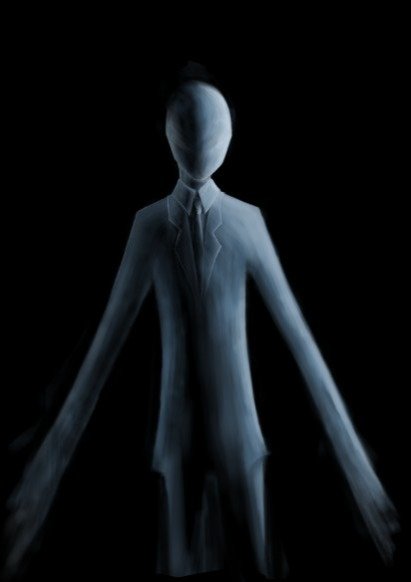 "What I found disturbing about that one was the way it escalated. Like it really felt like three girls upping the ante in a creepy fantasy until they were actually stabbing their friend. Like they didn't even want to and didn't really even seem to believe Slenderman was real, they just kept playing the game with neither willing to say 'wait, no, this is nuts.'"