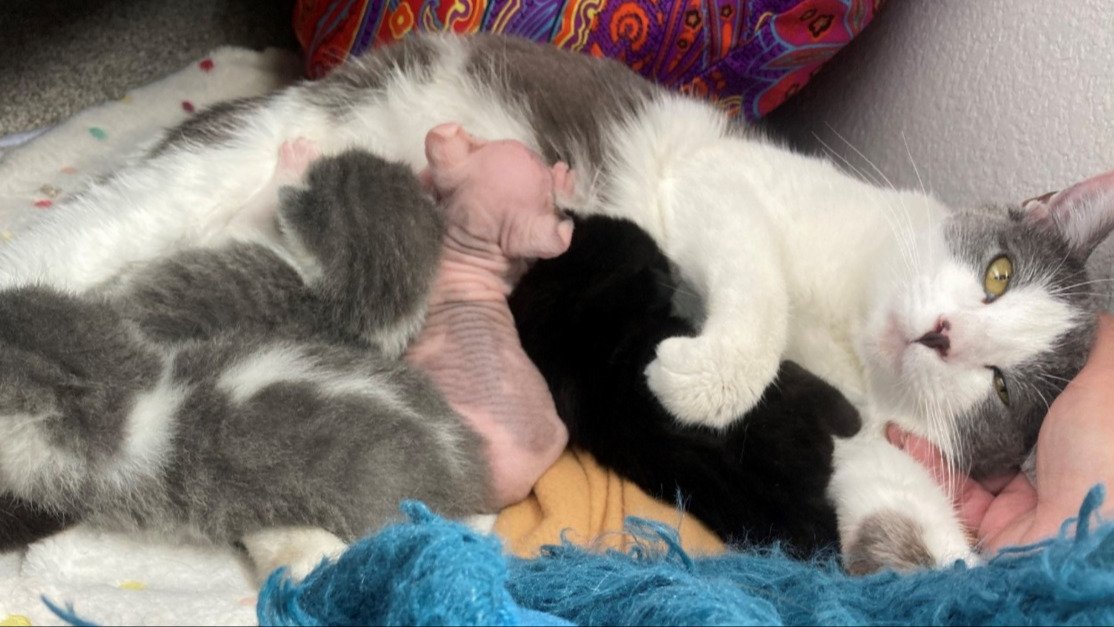 Although we often hear about people opening their homes to an adopted child or animal, that act can sometimes be more spontaneous and dependent on unforeseen circumstances lining up than on the process they tend to go through at agencies and shelters.

That's how one teen ended up accidentally adopting a puma, but a similar turn of fortune also saw an ICU nurse get invested enough in a baby under her care's well-being to adopt him herself.

But as affirming as it is to hear stories like these, we can also find that our fellow humans aren't the only ones with this caring instinct within them. Animals can end up adopting each other as well and it doesn't always matter if they're even members of the same species.

As one story illustrates, however, it can still seem miraculous when they are and a cat takes a kitten in need as one of her own.

After a Sphynx kitten named Cleopatra was born in March, she had a rough start to life when her mother rejected her. 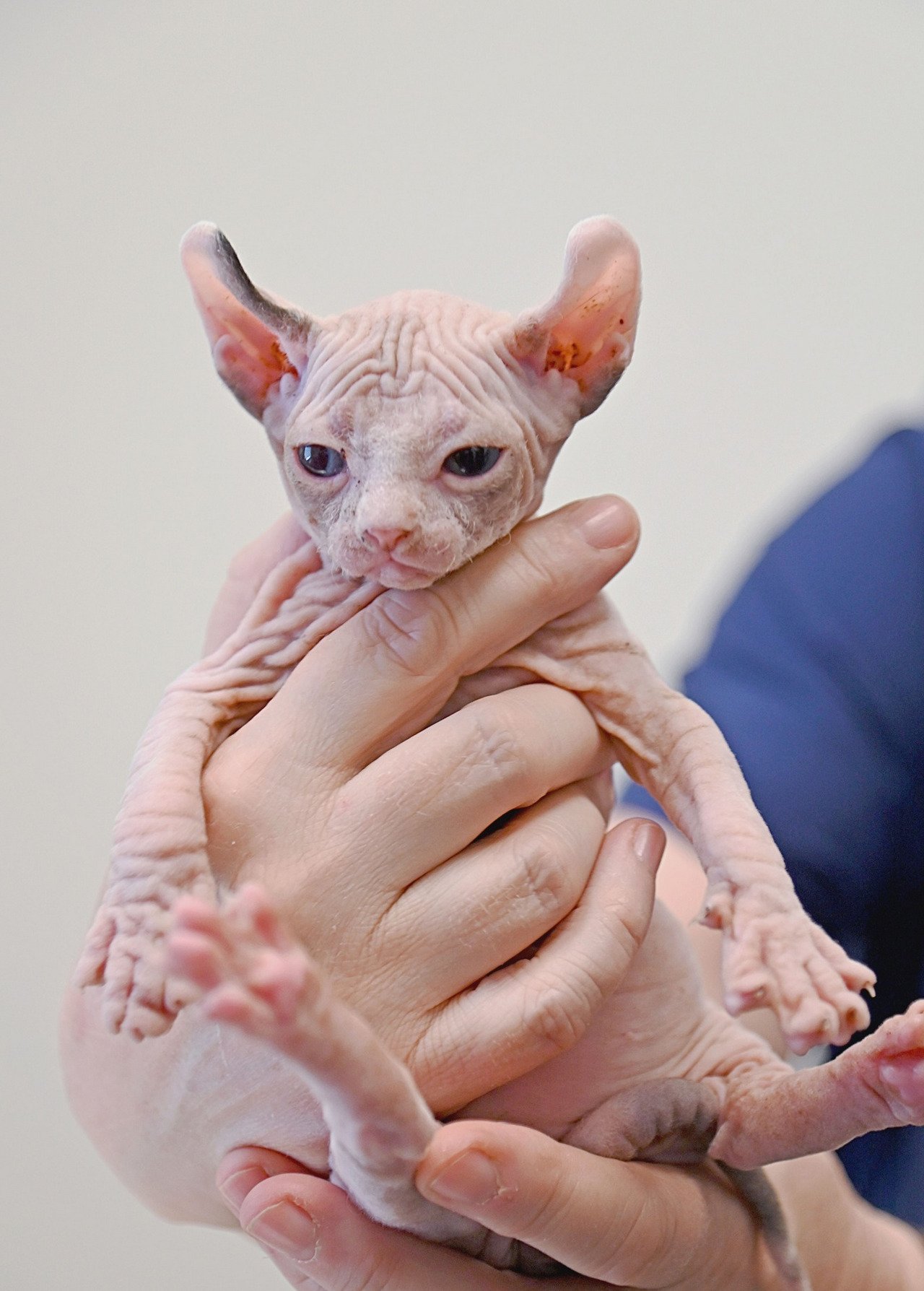 According to People, the mother cat didn't seem particularly maternal in general as none of Cleopatra's siblings lasted long with her either. This made their owner desperate enough to surrender the remaining kitten to the Helen Woodward Animal Center in Rancho Santa Fe, California.

Although staff worked diligently to sustain her life and bottle-feed her, they didn't think there was any substitute for the love of another cat.

But as they would discover just six days after Cleopatra arrived, that wasn't an issue they would have to worry about for long. 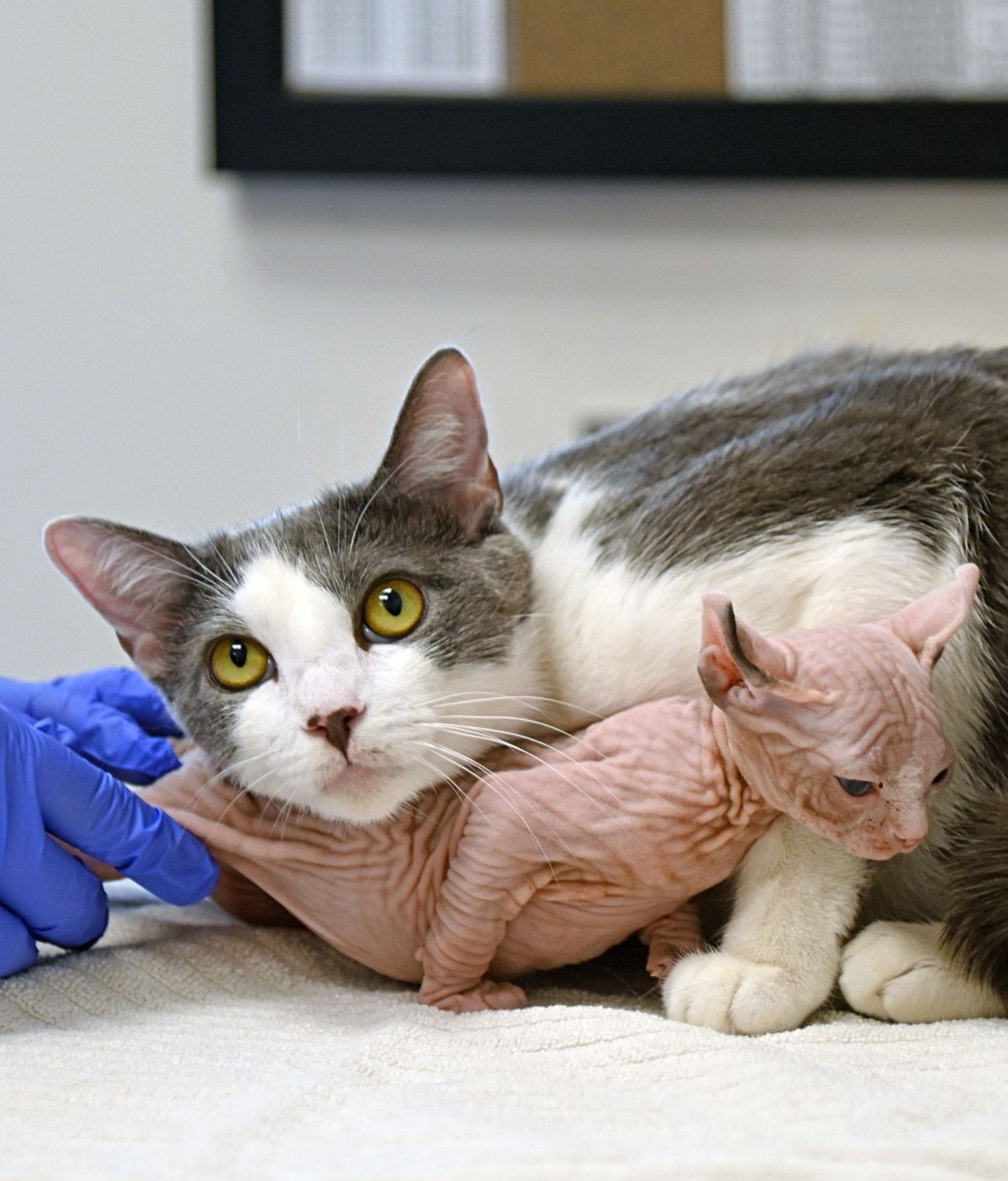 Because that's when a pregnant short-haired cat named Ballerina arrived from another shelter in their network and seemed to become fast friends with little Cleo.

And after she gave birth three days later, they found out just how closely Ballerina was willing to watch over her.

The animal center's staff described her as "extremely affectionate" and she proved that soon after giving birth to three kittens named Bean, Biscuit, and Bunny. 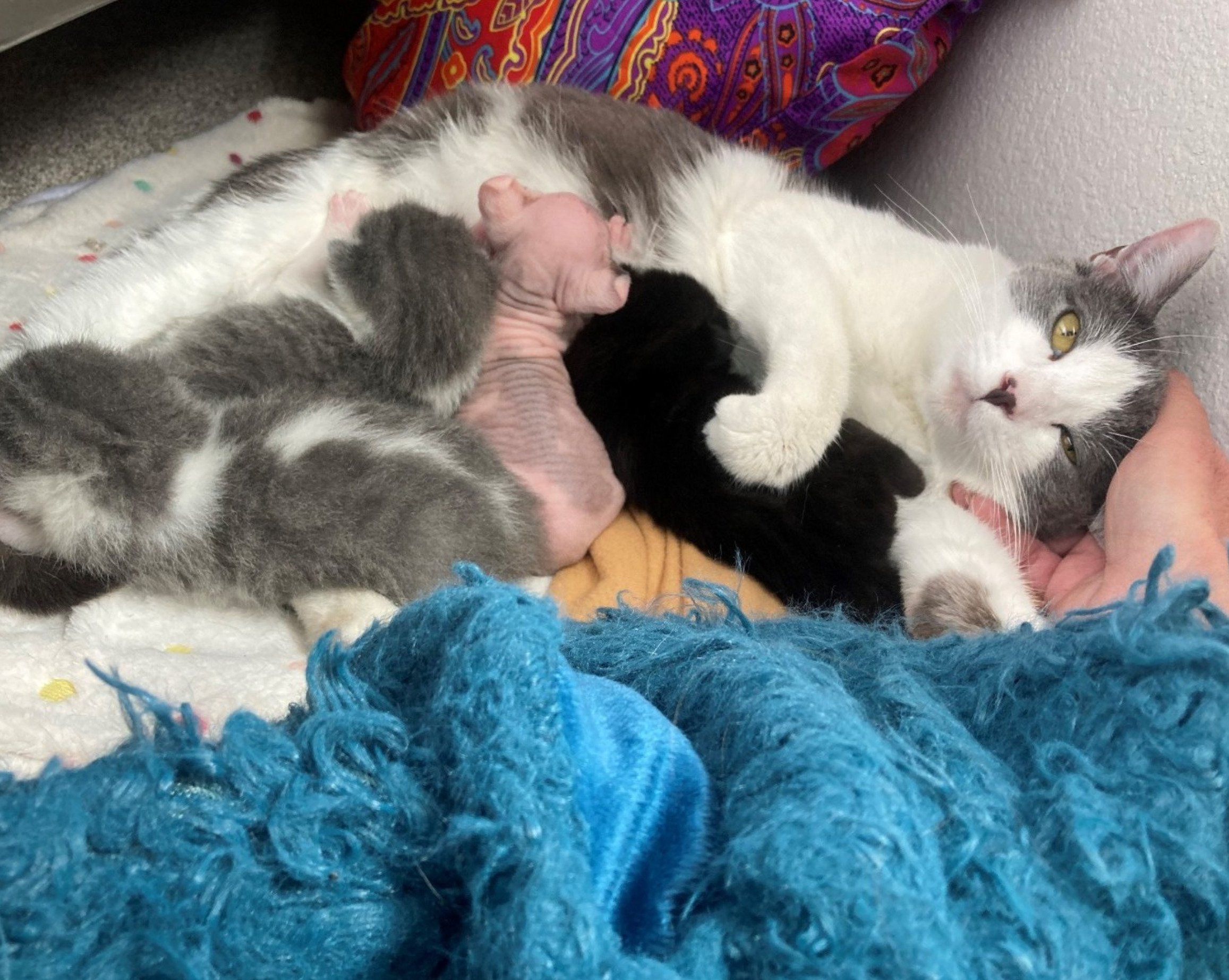 As we can see, when her three children started nursing, Ballerina allowed Cleopatra to join in and took her in as a fourth member of her little family.

All of them are now considered inseparable and the center's foster program supervisor Erin Schmitt described Ballerina as "in love" with her adopted daughter.

In her words, "Animals are amazing. It's as though Ballerina sensed a need in Cleo and decided to not only provide her nourishment but provide her all the love she'd been missing." 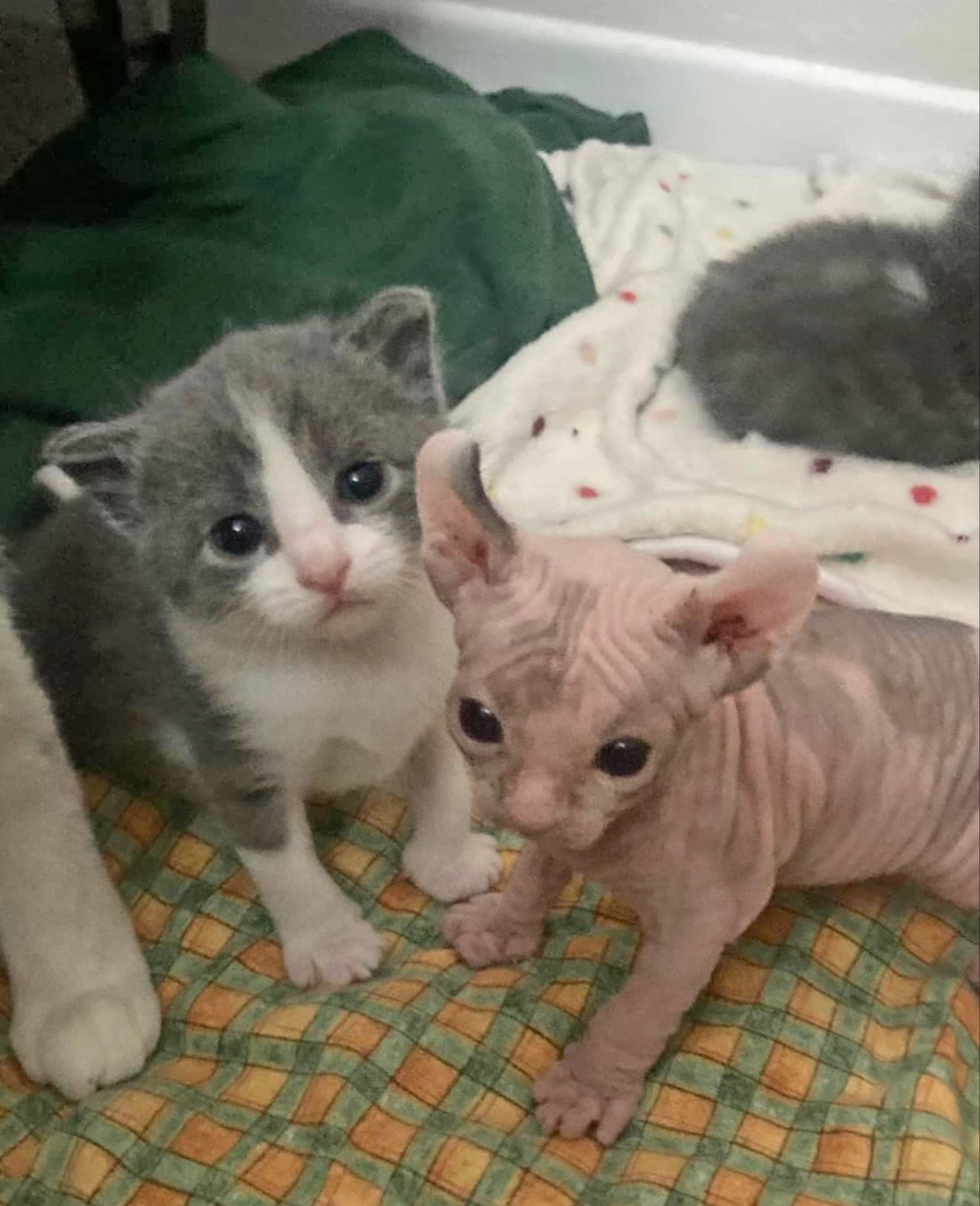 And staff now hope that someone will be able to share in that love and give these cats a happy home after Cleopatra takes a little time to pass some health checks.