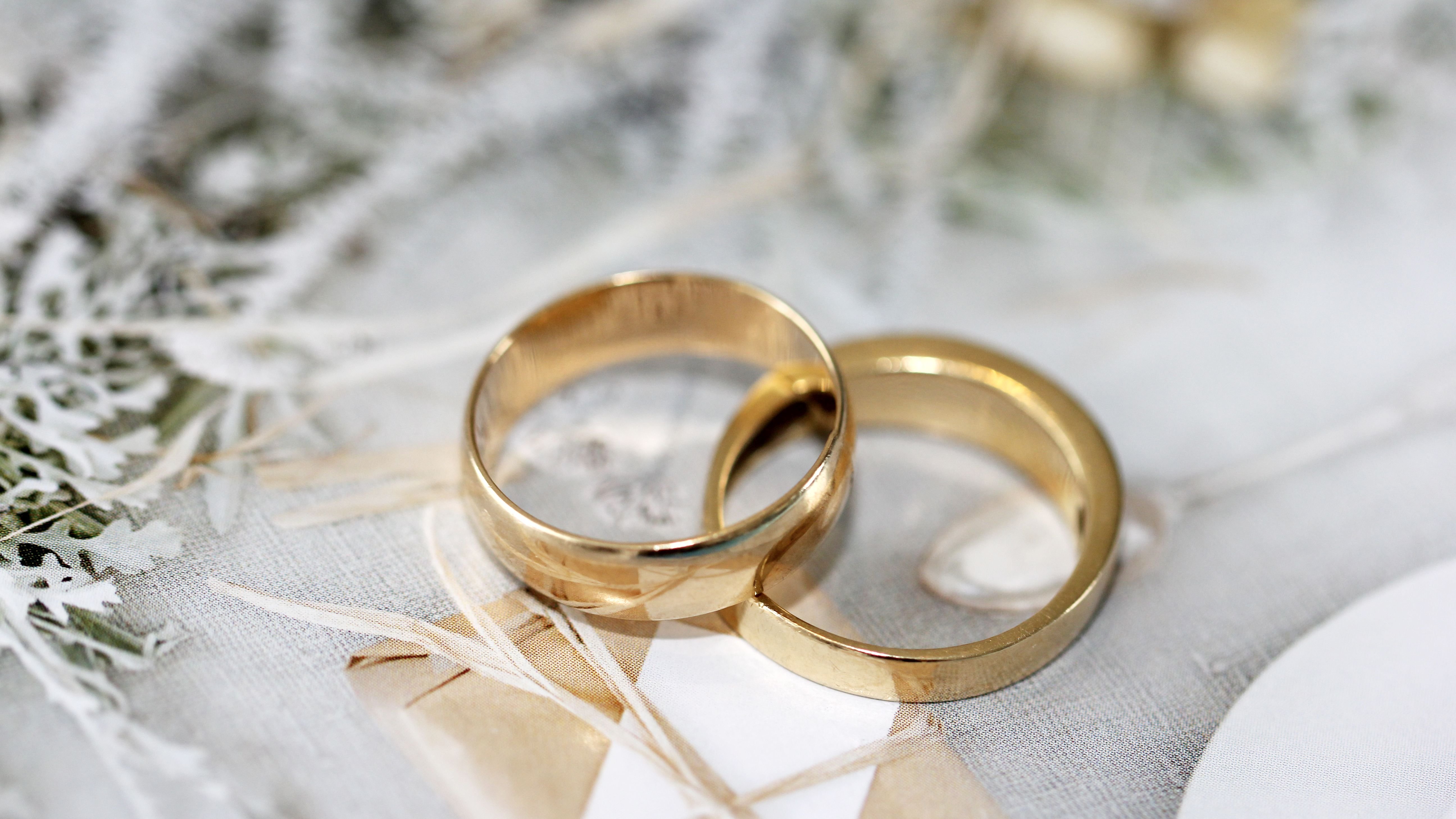 When a couple decides to get married, it's probably the most important decision in their life. After all, this is supposed to be a lifelong commitment to one another. Now that I'm planning my wedding, I think about it more and more.

That's why I was thrilled when I stumbled upon this Reddit thread where somebody asked married couples to share what every non-married couple should know before tying the knot. I'm eager to read some of their answers. Are you? Let's go. 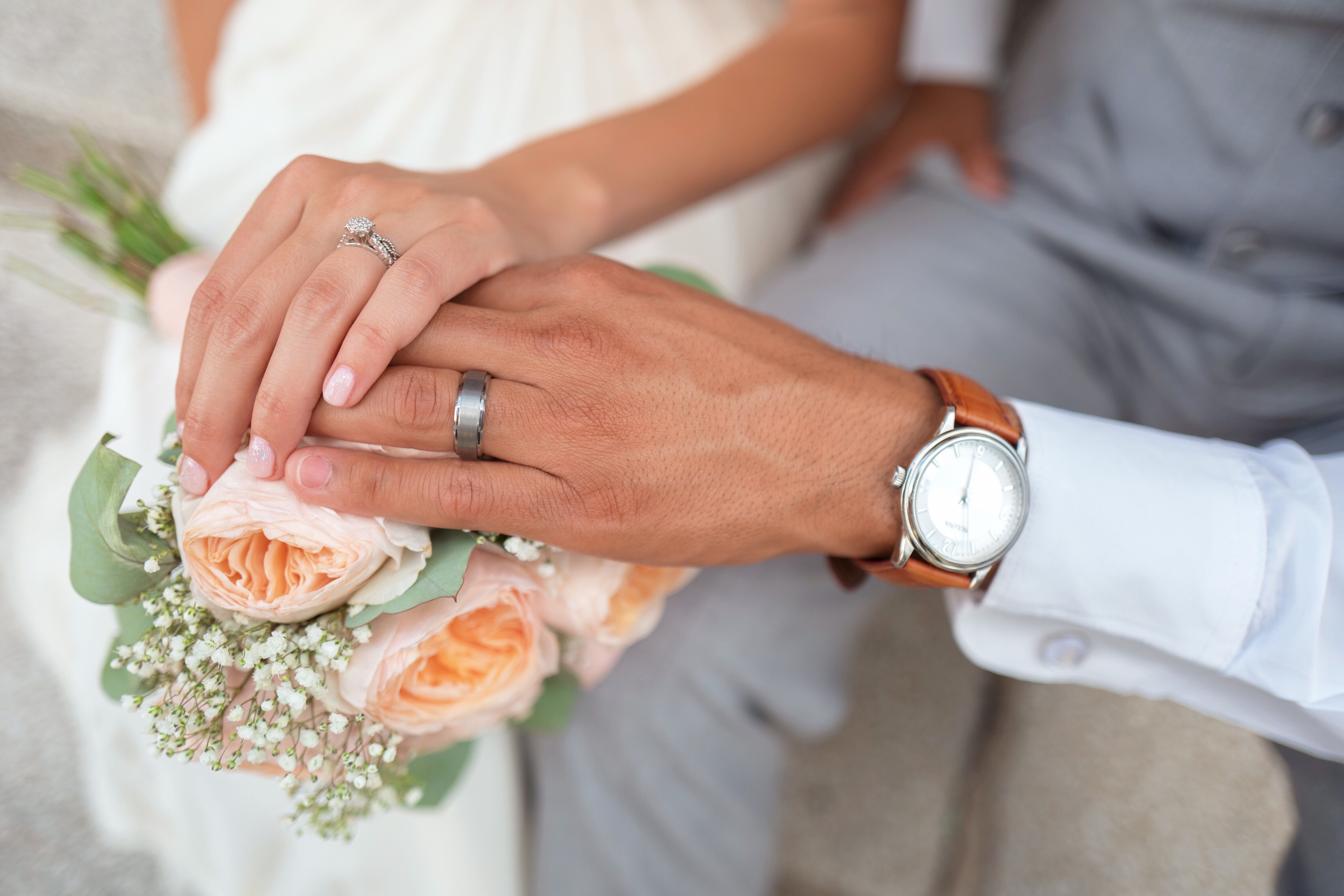 "After being married 20 years, the most important thing I've learned is that you need to be ready to marry your partner several times in your lifetime. We all change, sometimes drastically. With children, careers, and aging, your priorities today will not be your priorities tomorrow, and neither will your interests, friends, or politics. But as your partner changes, you need to learn to appreciate and fall in love with the new person they become instead of becoming resentful and hurt."

Wow! Beautifully said, right? I love how this person explained it so well. 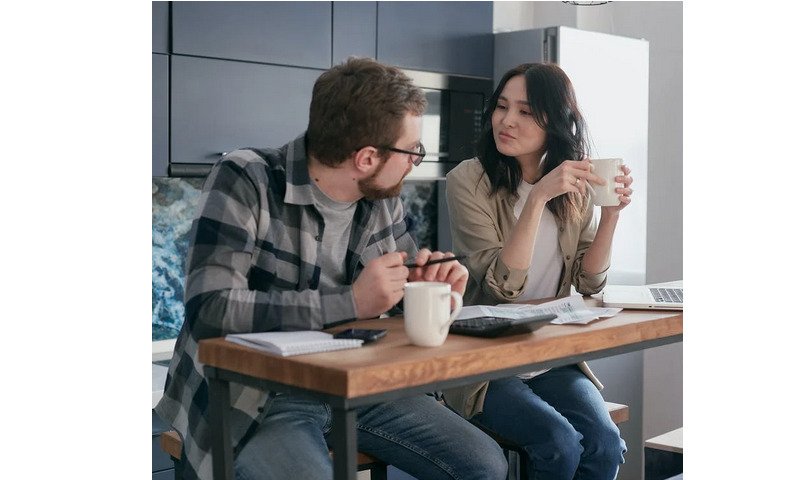 "Everybody will tell you, 'Communication is key!' But nobody ever tells you what communication really is. A married couple could spend five years together and never fight, never argue, but just exchange pleasantries and talk about their days. And then suddenly, one of them reveals they're unhappy and wants a divorce, leaving the other person very hurt and especially very confused, because they did everything people told them to do in order to have a healthy marriage. They went on dates, they had alone time, they asked each other about their day, and they said 'I love you' every night. So how does a marriage fail when you do all the things everybody says you're supposed to do?"

"Because people told you what you're supposed to do, but they never told you how to do it. Communication is talking about the bad stuff, too. It's talking about the stuff you don't want to talk about. Communication is absolute, unbridled honesty. And it requires you, first and foremost, to have the ability to be honest with yourself. You don't communicate in a marriage because you want to, you communicate in a marriage because you need to. A marriage where you never leave your comfort zone is a doomed marriage."

If this isn't the real thing, I don't know what is.

"Marriage isn't always a 50-50 partnership — sometimes it's 70-30, sometimes it's 80-20, and sometimes it's 100-0. But this isn't a reflection on effort or commitment — that should always be 100%. What this means is that you will sometimes have to work harder than the other for one reason or another."

I totally agree with that. 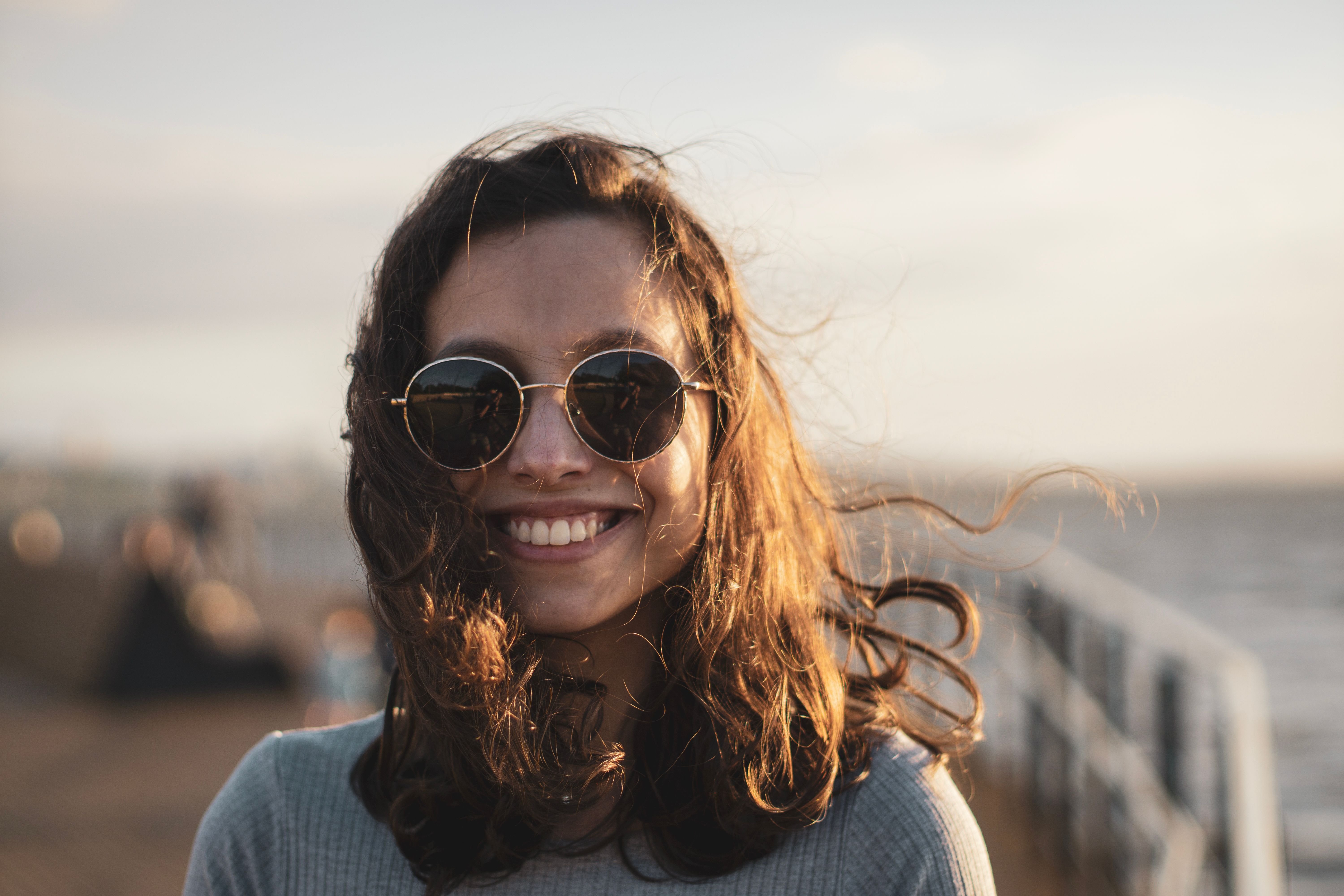 It might be hard to realize that, but in order to make other people happy, you need to be happy yourself. And you can't rely on other people to do that for you. You need to do the hard work yourself. 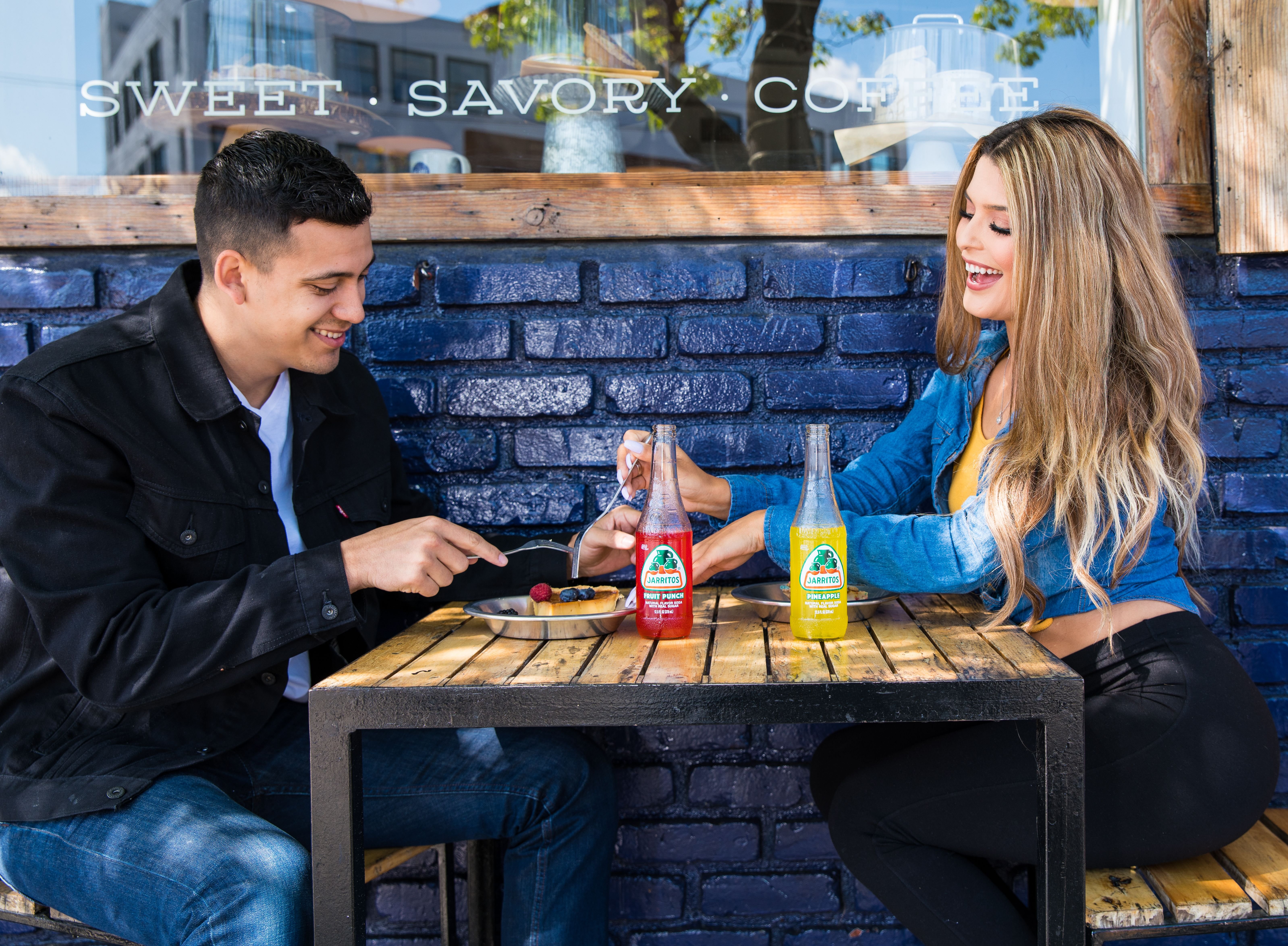 "Keep dating. Just because you’re married doesn’t mean you should stop trying to woo each other. There’s no shame in scheduling a regular date night. Take turns planning it!"

As life gets more hectic, this part might become harder to accomplish. But it's so important to take time to do this, otherwise, the mundane might just take over your entire relationship.

"You are about to gain an entirely new side to your family — all their drama, all their family events, all their everything, and it's the most shocking part."

Oh, yeah, I can't believe how much we get wrapped in other people's lives, whether we like it or not. 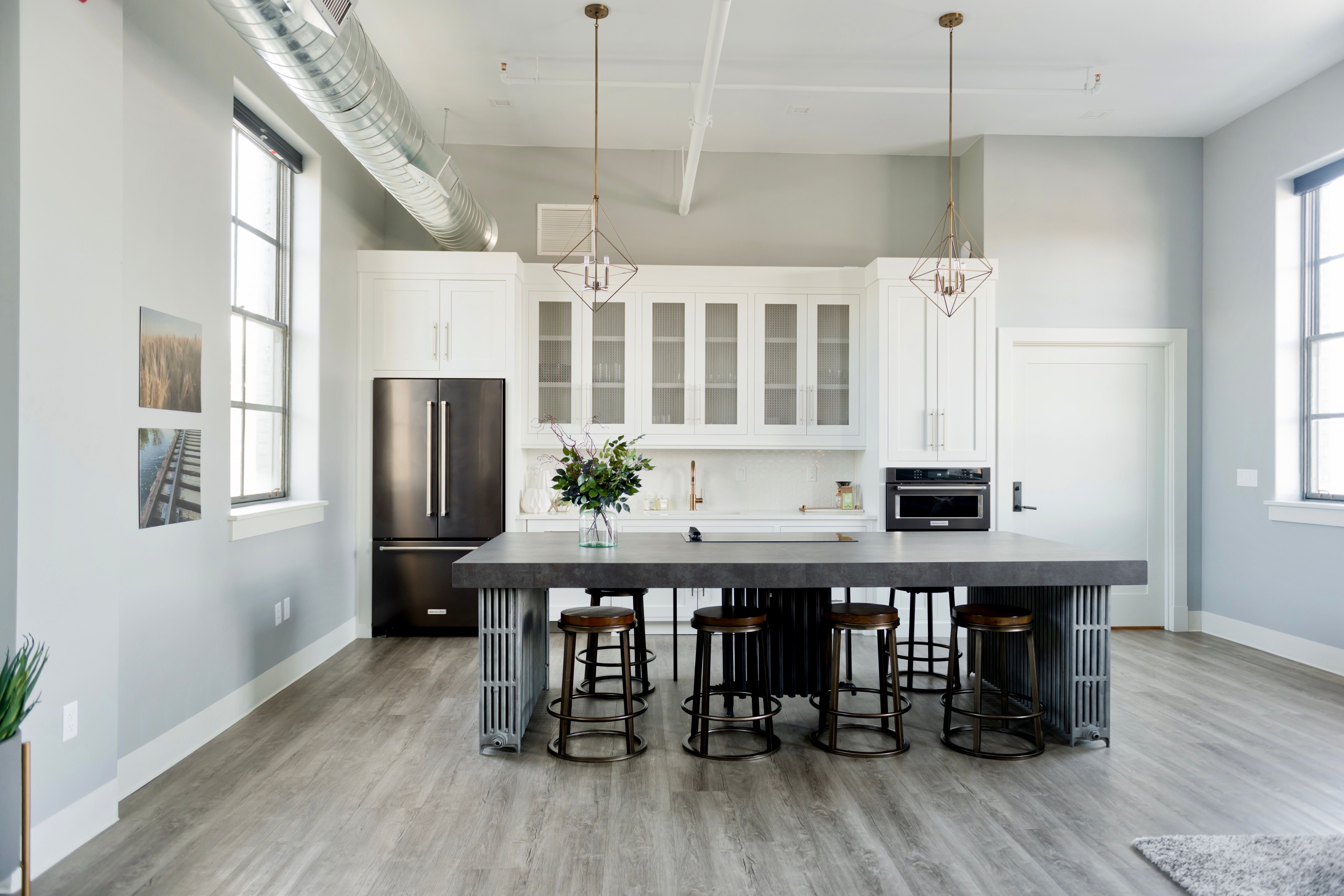 Long gone are the days when you got home to just be by yourself. Now, no matter what happens during your day, you can't just think of yourself. You're sharing a life with someone, and that's a whole different dynamic.

"Talk, and don't be afraid to hurt each other's feelings. If your spouse is doing something that annoys you, let them know. If you don't voice it, it can't be addressed."

Hmm, I find this part so hard. I don't really want to hurt my partner's feelings, so I tend to keep things inside, and then they fester. It's better to nip things in the but before they start to build up. 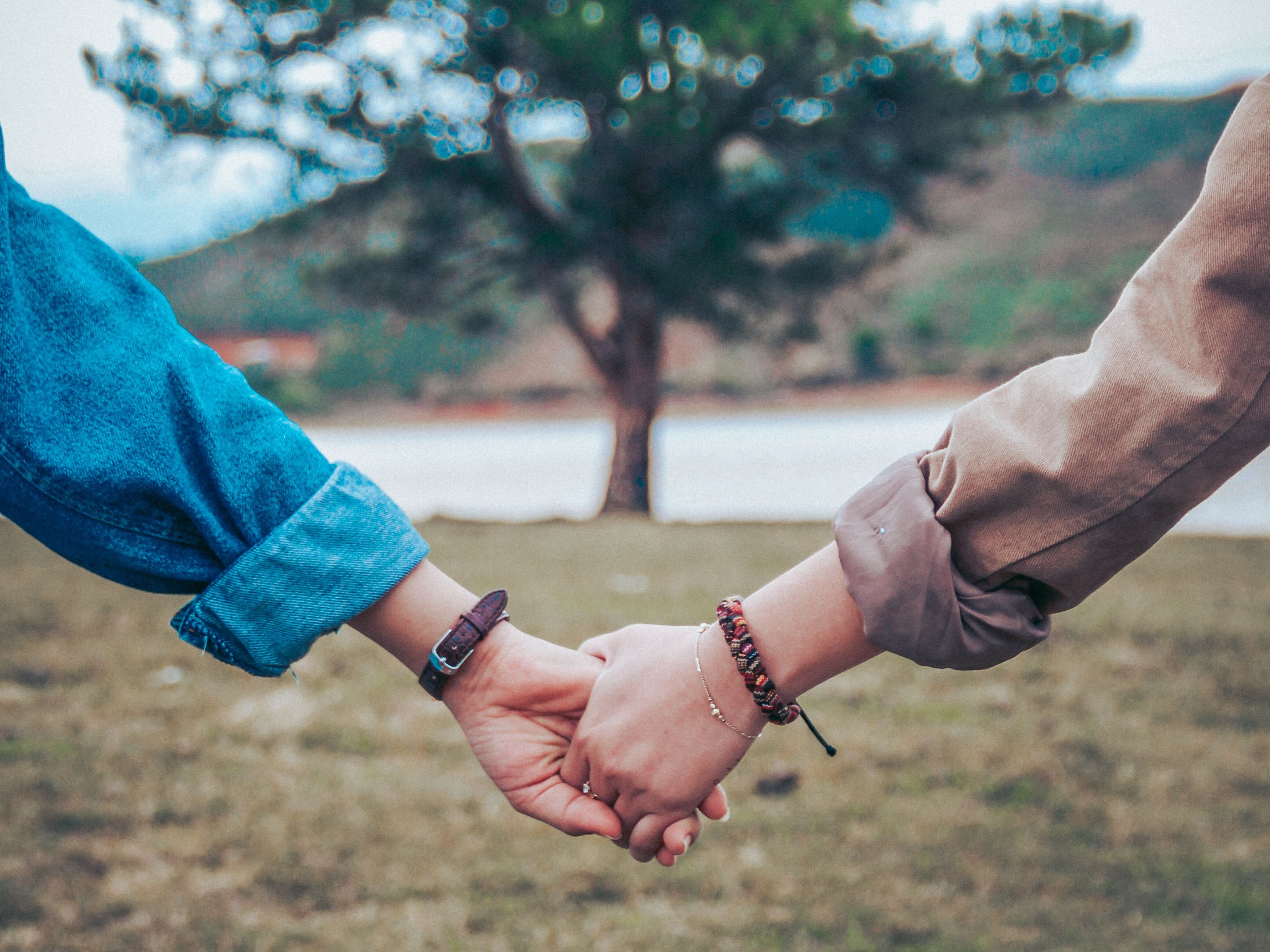 "Make sure you both are on the same page when it comes to priorities and core values that affect your daily lives. If you aren’t now, you probably won’t be after getting married either."

This Work In Progress

"I believe marriage is a life-long commitment and that most problems are fixable. I think a lot of marriages fail because couples aren't prepared to do the work. Marriage isn't fire-and-forget, you have to take care of it. If you leave your dog at home all day, don't be upset at it for [pooping] on the rug."

I hear that loud and clear. 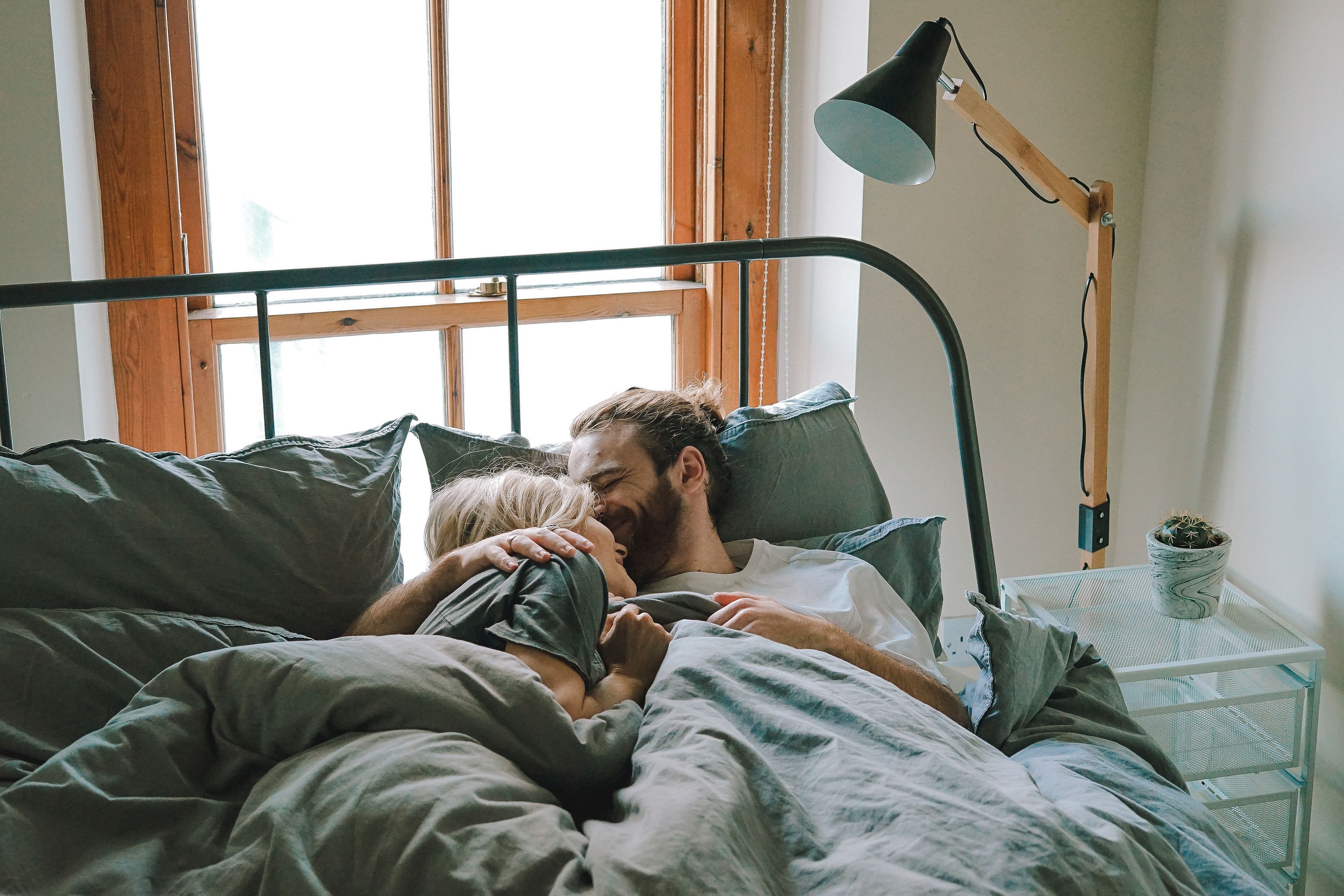 "Go to bed thirty minutes before you need to at least 3 nights a week. Make your bed your haven and don't let any devices, tv, dogs, or kids in your bedroom. This has been the best thing for my marriage — whether we end up having sex, cuddling, talking, or just sleeping 30 extra minutes, it all helps the relationship! And yes, my kids have really never been allowed in our bed."

Oh my goodness. What a great idea, huh? I need to get my partner on board with that. 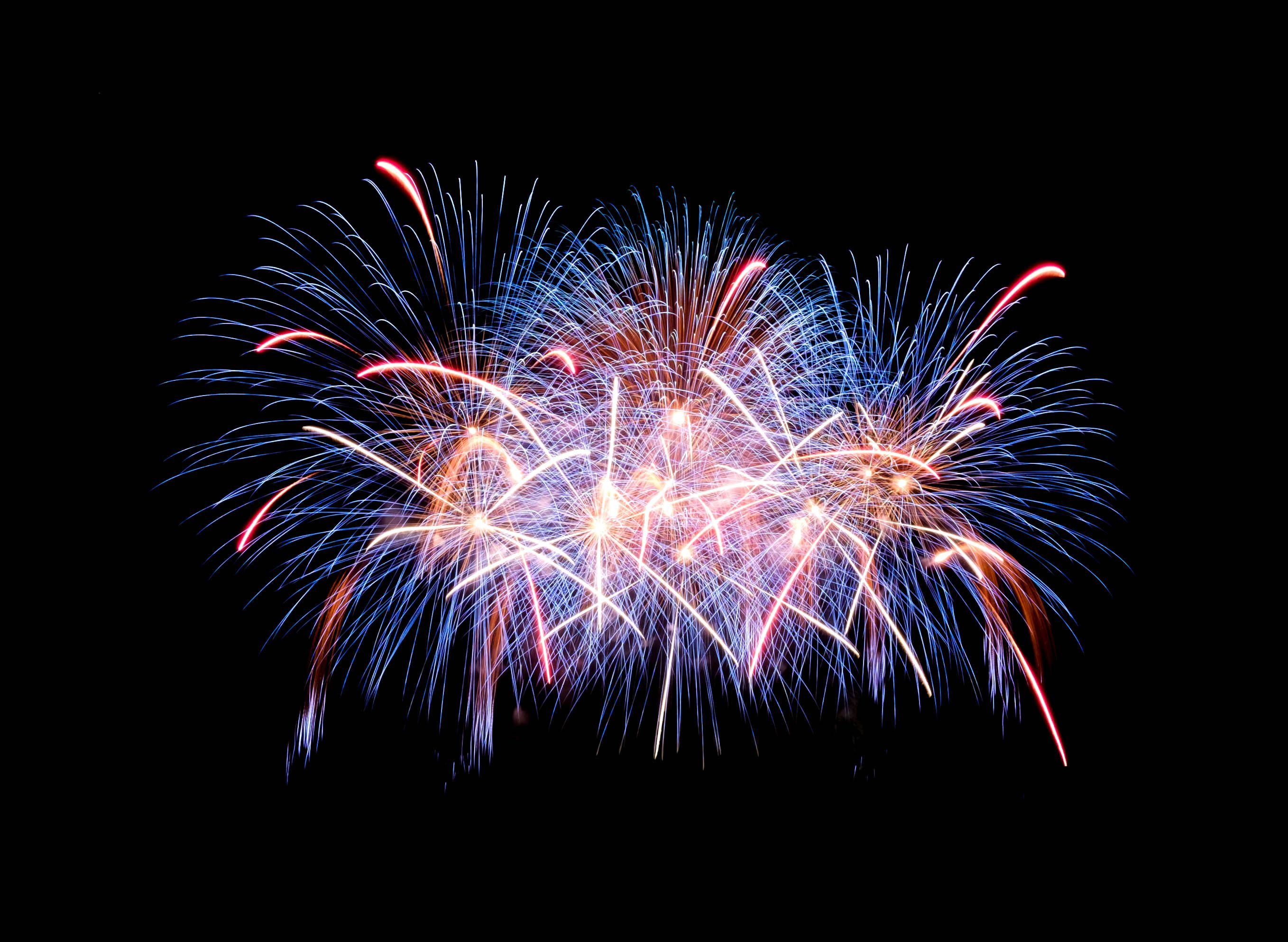 Oh, man, I used to get butterflies every time I would plan to meet up with my now fiancé. Now I still get butterflies, but they're a different kind. This time it's the anticipation of seeing each other after work and a bit of worry about how our days went. I miss those 'other' butterflies, you know.

"You're going to get annoyed with each other and get mad over silly things, and sometimes you have to realize that you — yes, you — were the asshole."

Ha, ha! I can definitely relate to that. It can be hard to admit but after all, we're not perfect.

Do It When You're Ready I feel like so many people either rush into marriage or do it just because it's the thing to do. 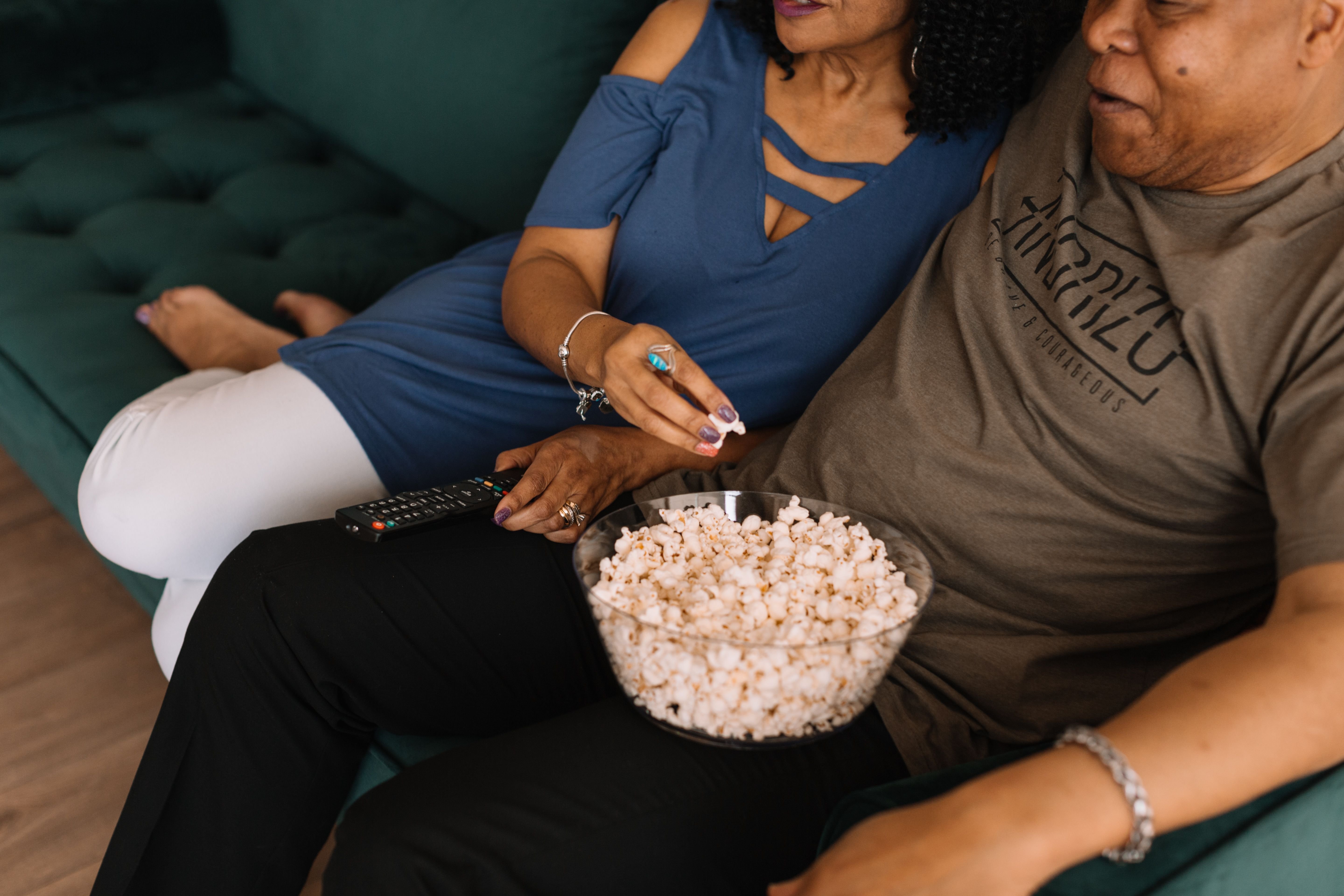 "My wife and I were friends with an astrophysicist, and when we told him we planned on getting married and that we'd love some advice, he said, 'Stay friends.' At first, we felt like that went against the whole idea of stepping things up to marriage, but we were wrong. After a year-long separation, we started dating again and took his advice — 12 years of friendship."

When you think about it, you were friends first, no? Even if you were dating right away. That get-to-know period is how all friendships begin. So don't forget that.

It's The Little Things 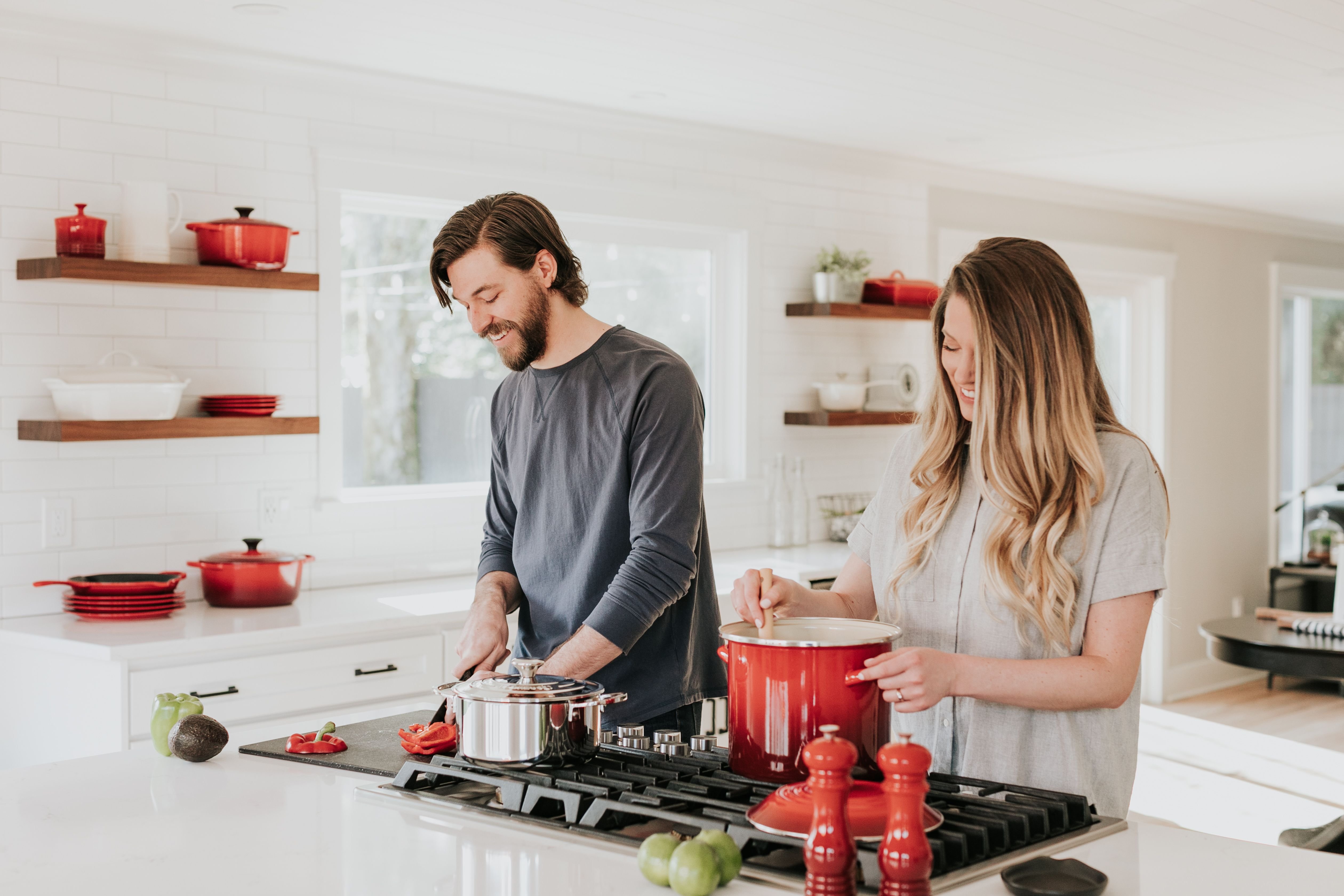 "Things will change, so try to grow together rather than grow apart. And do the dishes even after you worked all day because it’s nice sometimes."

I need to let my fiancé do that. I tend to just want to do everything myself, even if he volunteers to help out, and then I'm just spent afterward. 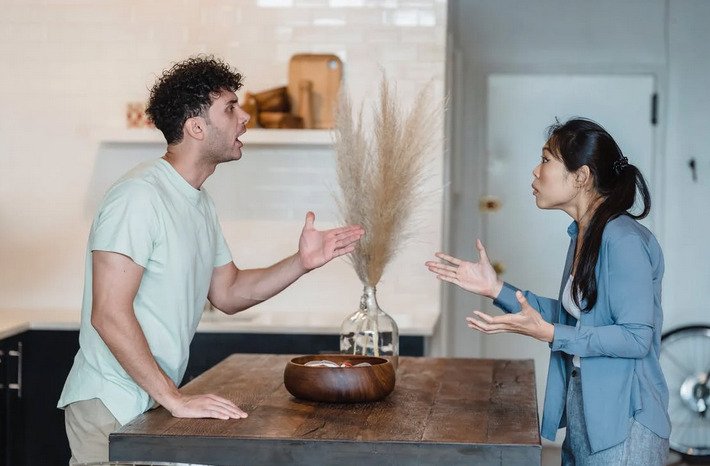 "Learn to argue well. It’s going to happen, so learn to voice your concerns and opinions in a constructive way. Learn to listen to theirs, learn to compromise, and then put it behind you. Leave everything in the discussion. It’s OK to be uncomfortable; it’s not OK to carry that with you permanently."

This is probably the hardest thing to learn in a relationship. I admit I'm still a work in progress when it comes to this. 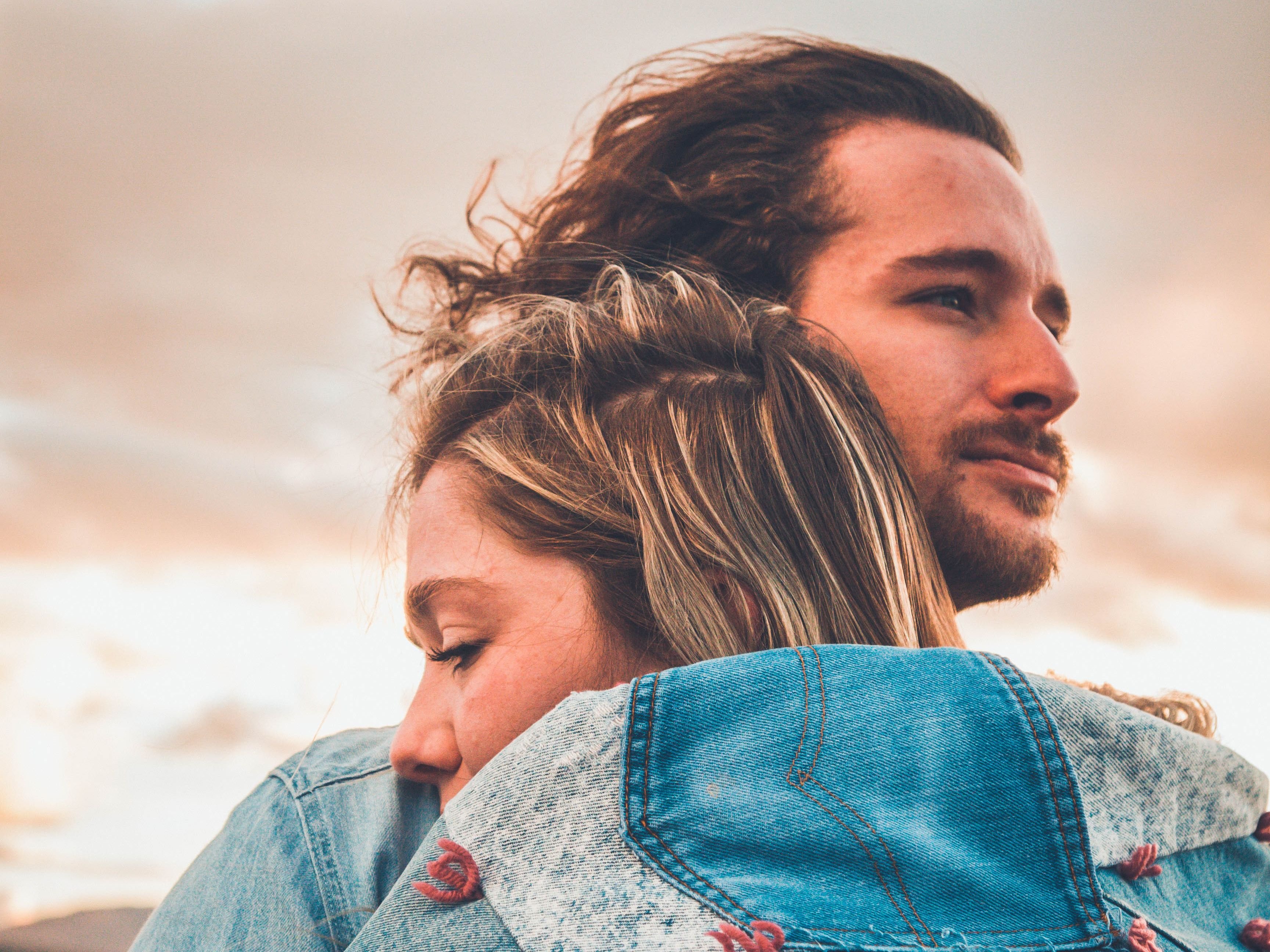 "Marriage is rarely two strong people — it’s about taking turns being strong for each other. You will both have days when your relationship feels invincible, and there can be months where one of you is depressed or hurting. But you both have to be willing to support each other no matter the circumstances."

Speaking from experience, I totally feel that.

I think I've learned a thing or two from reading this coupledom advice. It's not always easy for two people to merge into a couple. There are going to be bumps in the road to a successful marriage. But as long as the journey is good for both of you, you're on the right track. Do you agree with that?