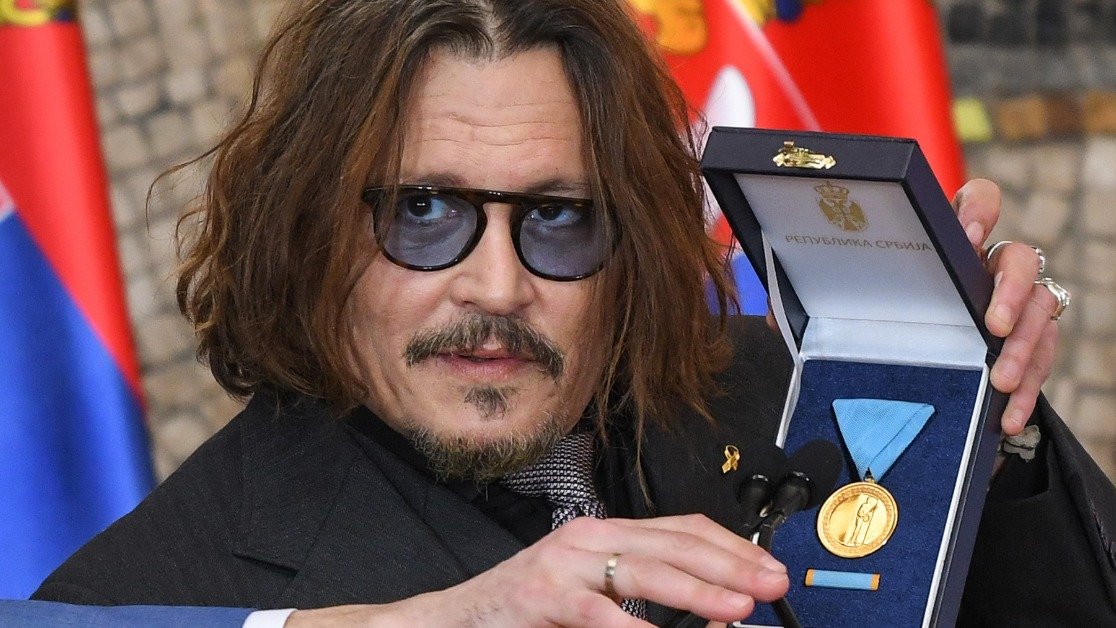 It's no secret Johnny Depp has had a tumultuous past few years. The 58-year-old has been involved in an ongoing legal battle with ex-wife Amber Heard since the pair split back in 2017. In addition to his divorce hearings, the actor has also been trying to keep his acing career afloat amidst ongoing controversy and speculation.

Now, it's clear the actor is hoping for a fresh start after he recently accepted a medal from the president of Serbia.

"Rolling Stone" magazine reports that Johnny Depp recently made a trip to Serbia to accept an award from the country's president.

The publication states the actor was given the award in recognition of his “outstanding merits in public and cultural activities, especially in the field of film art and the promotion of the Republic of Serbia in the world.”

What many fans of the veteran actor may not realize is that Johnny has worked on several projects closely tied to the Bulkan country.

This list includes filming in Belgrade for his upcoming movie Minimata and voicing a character in Puffins, a Serbian-produced animated series.

However, this visit did raise a few eyebrows.

Serbian President Aleksandar Vučić has been a controversial political figure since his election in 2017. Aleksander has been accused of pushing the country into a more authoritarian direction while coming down on freedom of the press.

While accepting his medal, Johnny said he is eager to start a new chapter of his life.

“I truly, sincerely thank you, President Vučić, and this medal of merit, if I am given the honour to walk away with this, I thank you for being kind enough to bestow it upon me,” he said, as per the Balkan Insight.

“I’m right now on the verge of a new life and I like it, I like a re-beginning,” Johnny added.

“And I would love for that beginning to start here.”