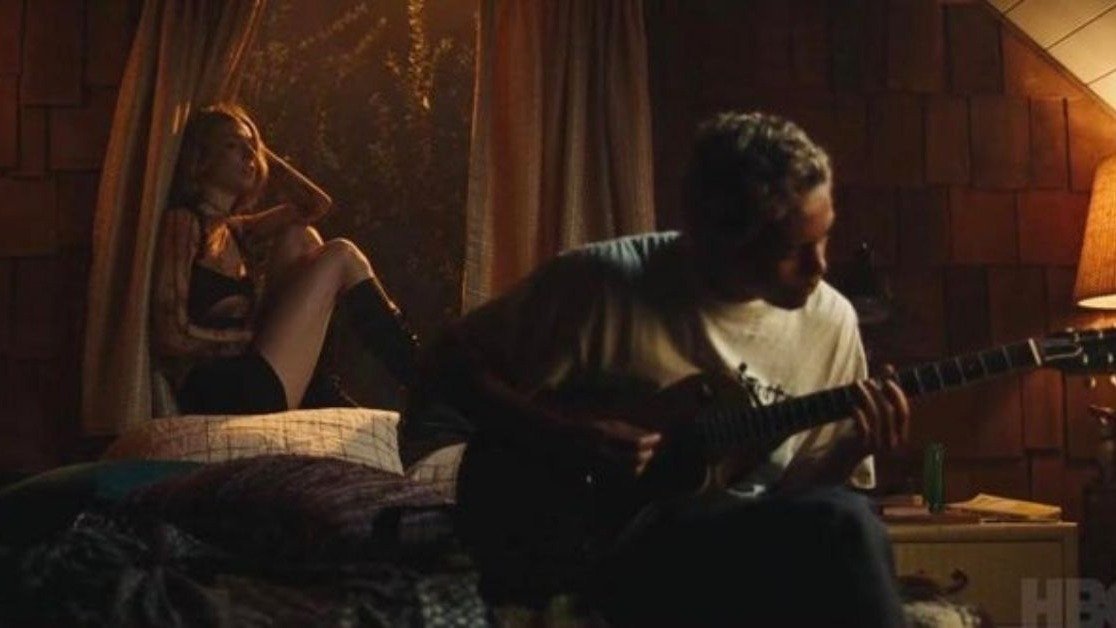 There's something incredibly rewarding from a fan's perspective about watching a TV romance blossom into a real-life relationship. It harkens back to the notion that true love is fated and destiny is written in the stars.

Recently, Euphoria fans got to experience this in spades, after co-stars Dominic Fike and Hunter Schafer shared a picture of the two of them kissing while out at dinner. Now, after much speculation, it appears that Jules and Dominic are indeed a couple — at least, in the real world.

If you're one of the few people still not watching HBO's 'Euphoria' — you're seriously missing out. 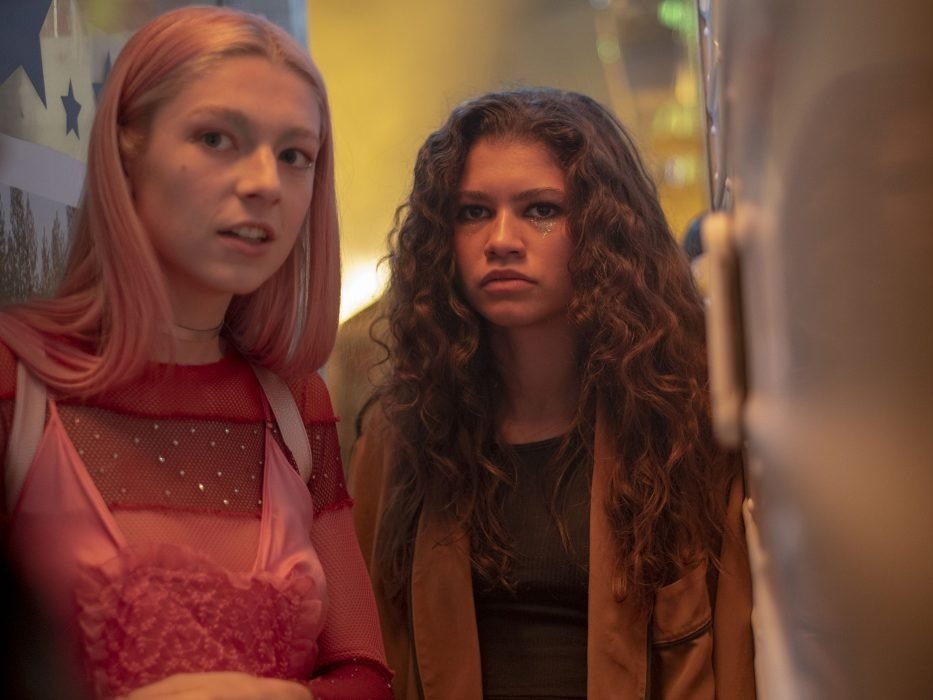 This gritty and vibrant teen drama sets out to explore the darkest corners and avenues of teenage angst and anxiety. The show has been praised for its startlingly honest depictions of substance abuse and blossoming adolescent sexuality.

In Season 2, the series took a turn for the better by adding musician Dominic Fike to the cast. 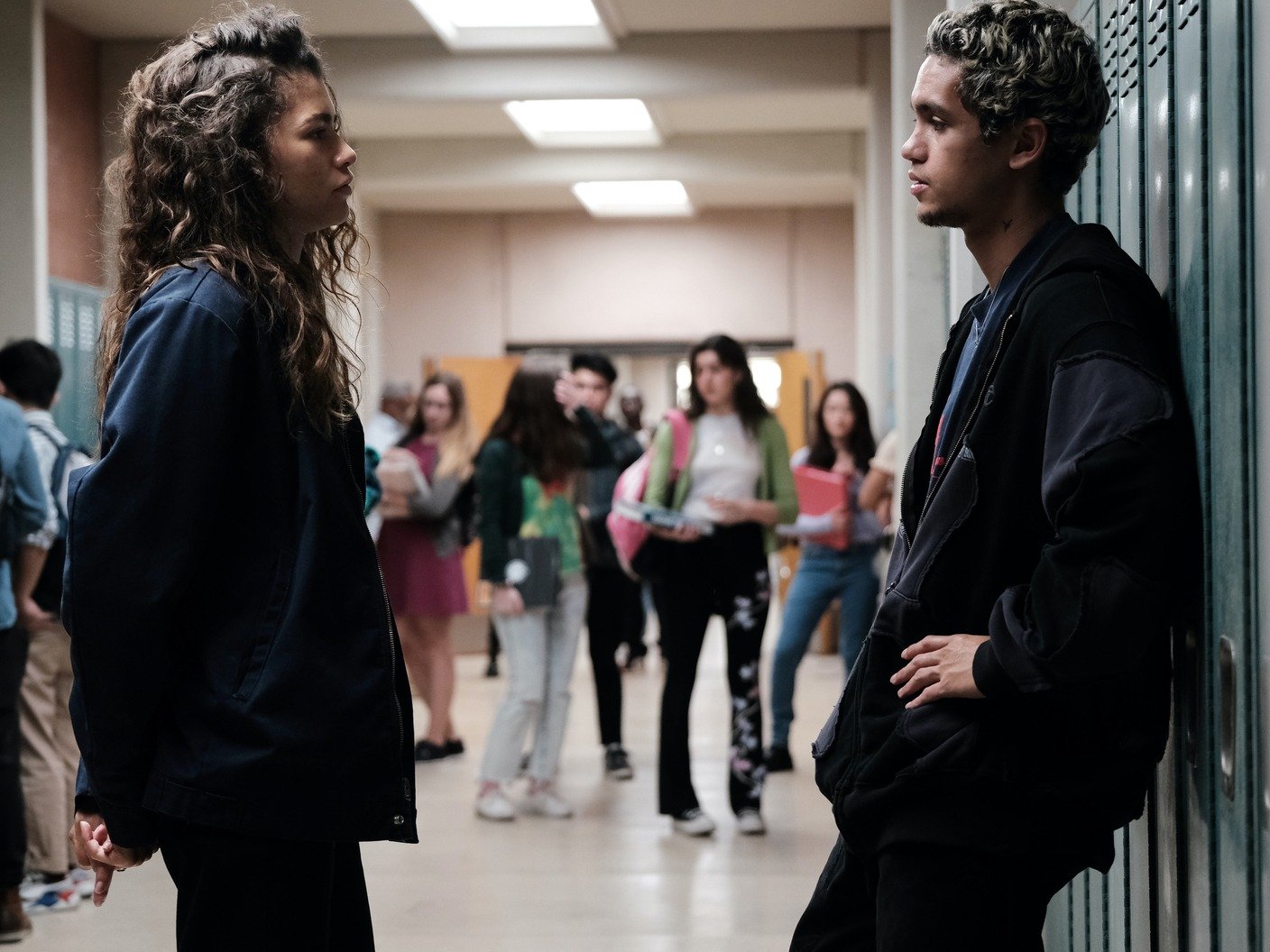 Fike has made several appearances performing on the late-night TV circuit and has collaborated with the likes of Justin Bieber, Halsey, and even the great Paul McCartney. He plays the character of Elliot on Euphoria — a drug-addicted teen who's seemingly drawn to chaos and destruction.

The bulk of the drama in Season 2 revolves around the increasingly complicated love triangle between Rue, Jules (Hunter Schafer), and Elliot.

Rue and Elliot initially bond after taking drugs together on New Year's Eve. When Rue introduces Elliot to her girlfriend Jules at school the next day, Jules immediately distrusts him. But after a whirlwind game of truth or dare two episodes later, Jules and Elliot's relationship begins to change.

Now, it would appear that life is indeed imitating art, as Dominic and Hunter seemingly confirmed their rumored relationship. 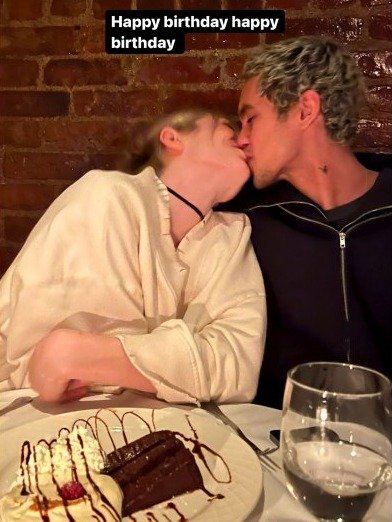 While out at dinner on February 10th, 2022, Dominic posted an incredibly cute photo of him and Hunter sharing a kiss, as well as what looked to be a delicious piece of chocolate cake. 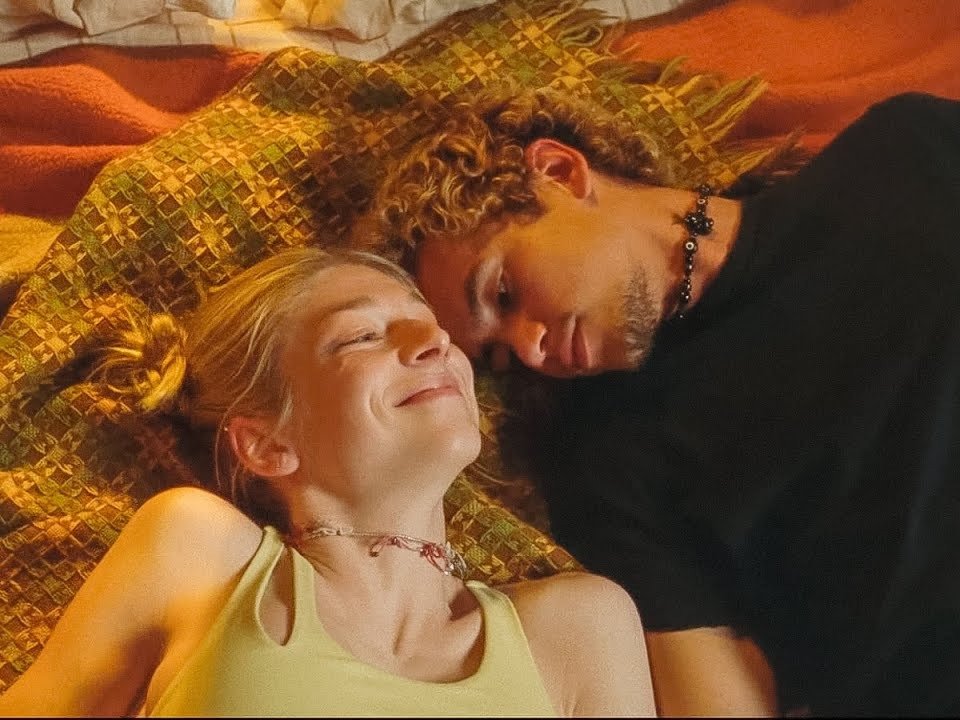 In reality, the couple and co-stars' birthdays are in December and only one day apart from the other. But due to busy schedules and COVID-19 restrictions, this was their first real chance to celebrate properly.

This isn't the first time that Dominic and Hunter have sparked dating rumors. 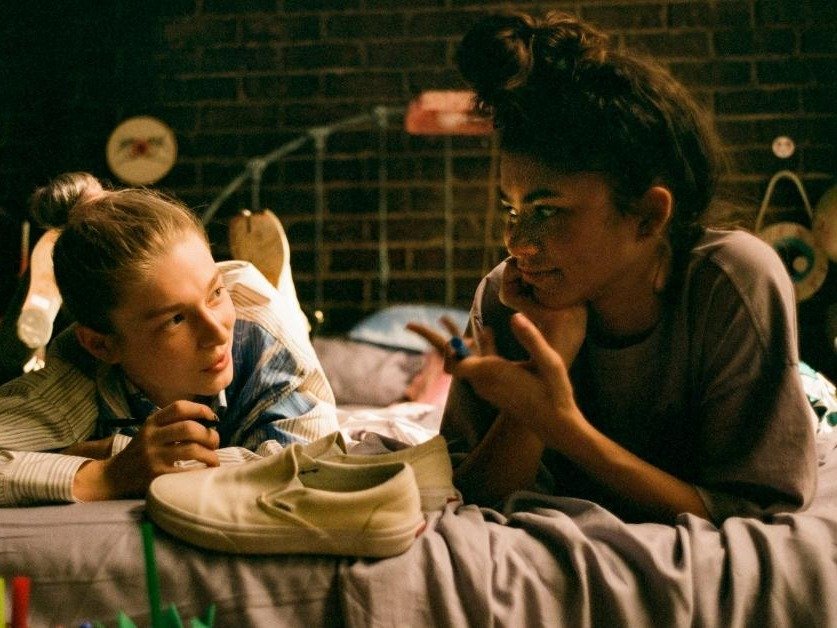 Back in January of this year (2022), Hunter and Dominic were photographed leaving The Nice Guy restaurant in Los Angeles, while holding hands. Dominic wore a striped sweater, while Hunter sported a comfy-looking hoodie and bright red face mask.

A day after the photographs began making the rounds, Dominic once again took to Instagram to add fuel to the fires of speculation.

In a show of romantic support, Dominic reposted a video clip from Hunter's interview with Jimmy Fallon during her most recent appearance on The Tonight Show.

With the news of Dominic and Hunter's real-life relationship all but confirmed, fans are now left wondering what's in store for Jules and Elliot? 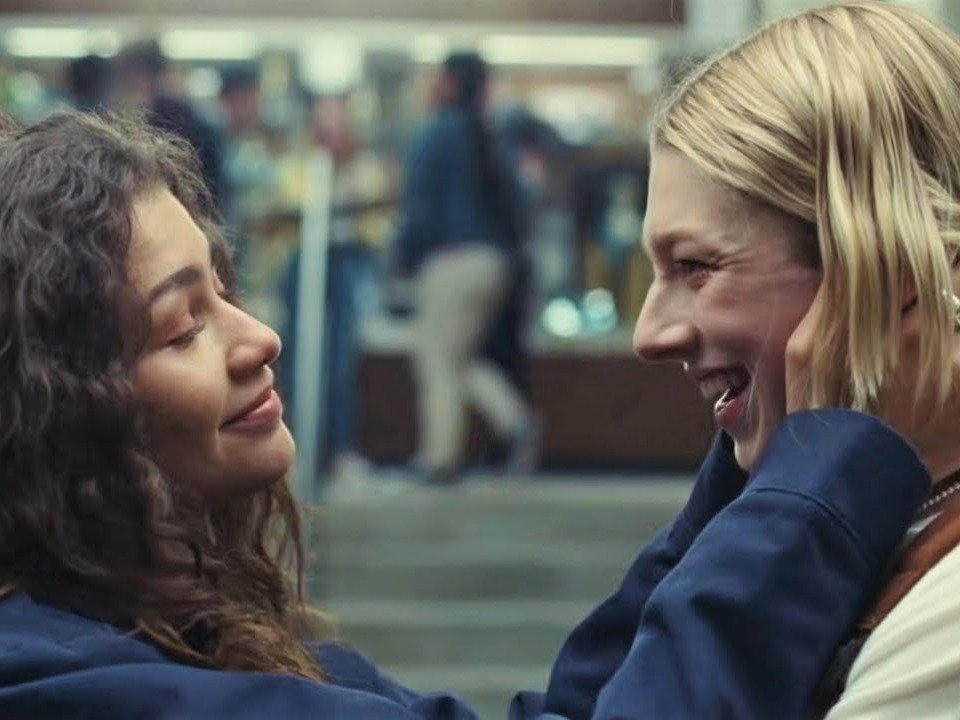 While speaking with Entertainment Weekly, Hunter was asked to comment on Jules' hot and heavy makeout session with Elliot.

"That’s not objectively very good for Rue and Jules’ relationship, considering that would be cheating," Hunter explained. 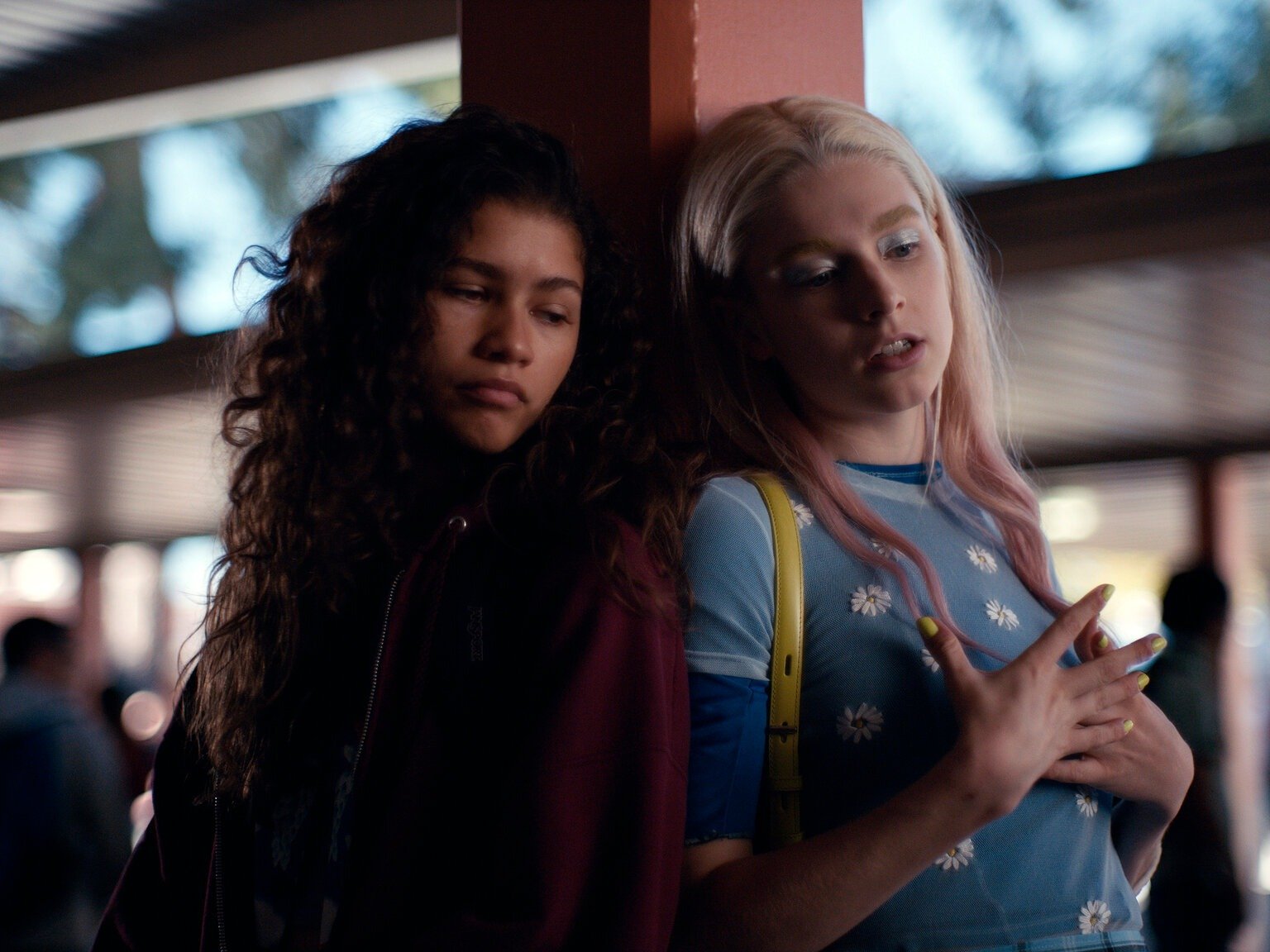 "So yeah, it’s kind of a big [expletive] mess. I think Elliot is just chilling and not really thinking about what he’s doing, and I don’t think his intentions are ill, but it’s certainly messy," Hunter said thoughtfully.

Hunter also addressed concerns over whether or not Jules still identified as a lesbian.

"I don’t think we’ve ever bothered to even try and label Jules’s sexuality because I think it is genuinely as fluid as it can be," Hunter explained. "She’s still experimenting, she’s still learning."

As Hunter so eloquently stated: the heart wants what it wants. 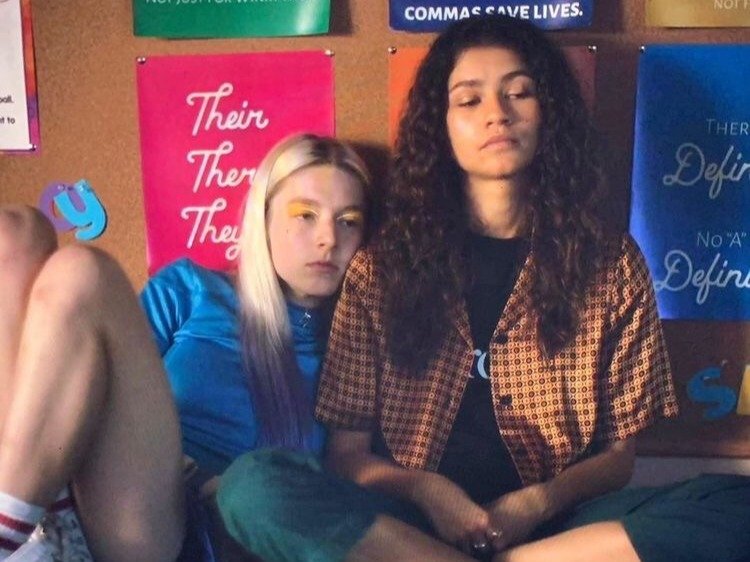 Oftentimes, we might think we have an idea of the direction our lives may be headed. Then, out of nowhere, desire rears its ugly head and throws the whole thing for a loop. It seems that the only way for us to truly know what's in store for Rue, Jules, and Elliot is to tune in and see for ourselves.