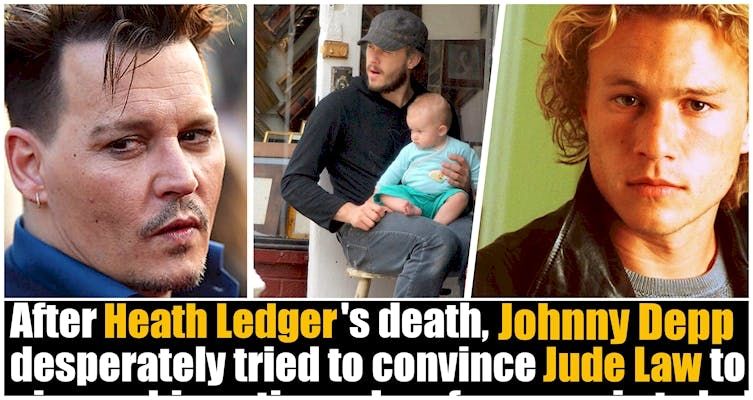 When I was a little kid, I was absolutely terrified of Johnny Depp. But can you blame me? When you're a little kid and the only movie you've ever seen him in is Edward Scissorhands, it's kind of hard to understand that he's actually just a regular guy who doesn't actually have sharp blades for fingers. As I got older and saw movies such as What's Eating Gilbert Grape? and Donnie Brasco for the first time I started to realize that HEY! This guy is a pretty great actor!

Depp has become known for taking on extremely interesting, and often eccentric, roles that many other actors wouldn't even consider auditioning for. There's no denying that he's one of Hollywood's finest players. 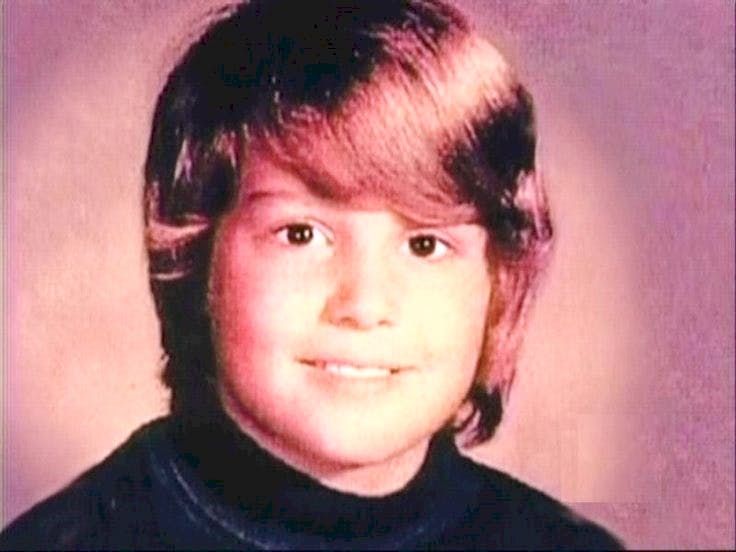 His early life basically consisted of moving around a lot, and it wasn't until they landed in Miramar, Florida that they decided to settle.

2. He actually dropped out of high school to become a rockstar. 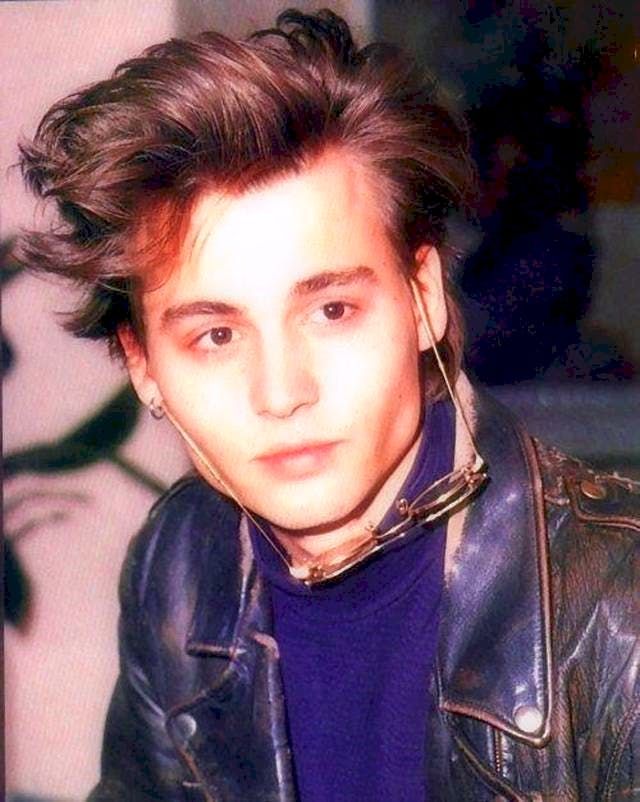 He got his first guitar when he was 12, and instantly fell in love.

3. His principal actually encouraged him to drop out. 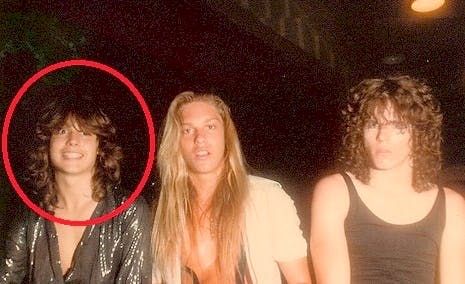 After his parents forced him to go back to school, Depp's principal encouraged him to follow his dreams. Shortly afterward, he left for LA. 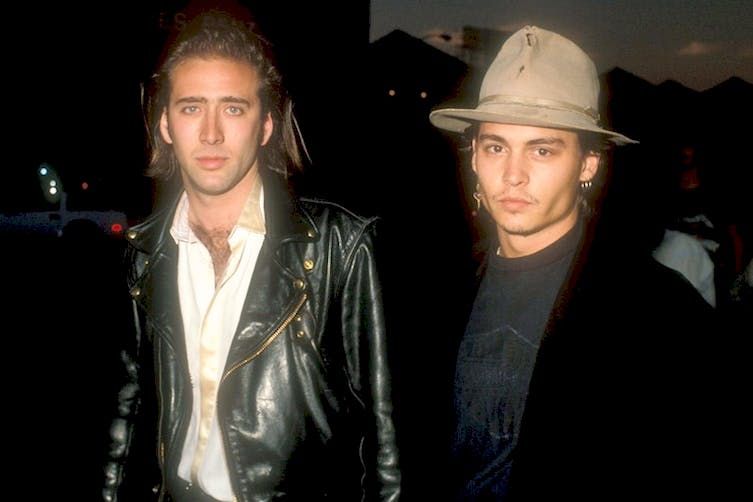 Apparently Cage is the one who influenced Johnny to get into acting. He's always been grateful, and even offered to help Cage financially when he fell into some money troubles back in 2007.

6. Despite being one of the highest paid male celebrities ever, Depp has never won an Oscar. 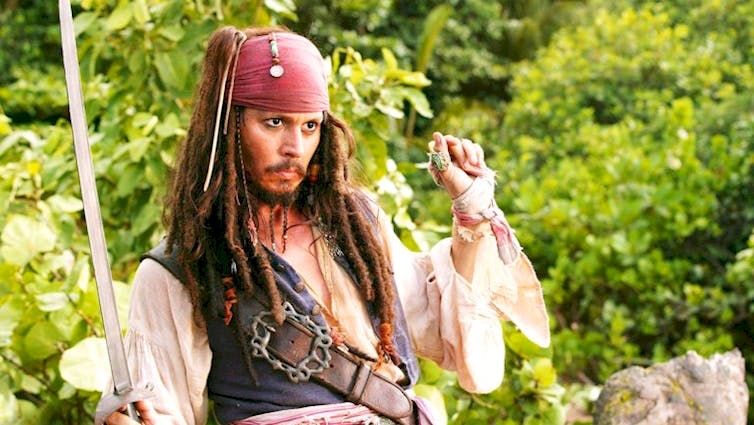 He's been nominated several times, including for his work in the Pirates Of The Caribbean film franchise.

7. He usually has the Captain Jack Sparrow costume with him everywhere he goes. 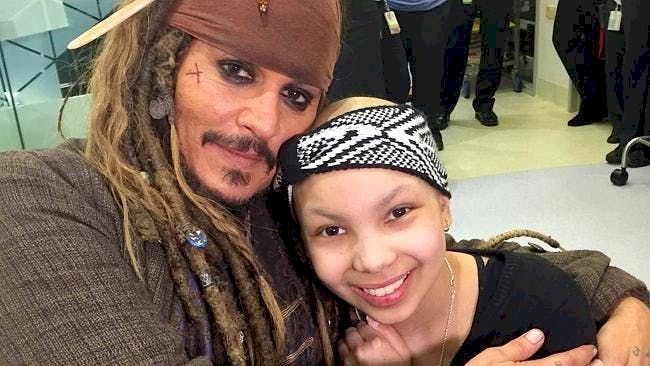 He does this because he enjoys putting it on and surprising children at local hospitals. Apparently he just sneaks in and stays in character for up to three hours at a time to entertain the kids.

9. He has a ton of tattoos, and has even had a few altered. 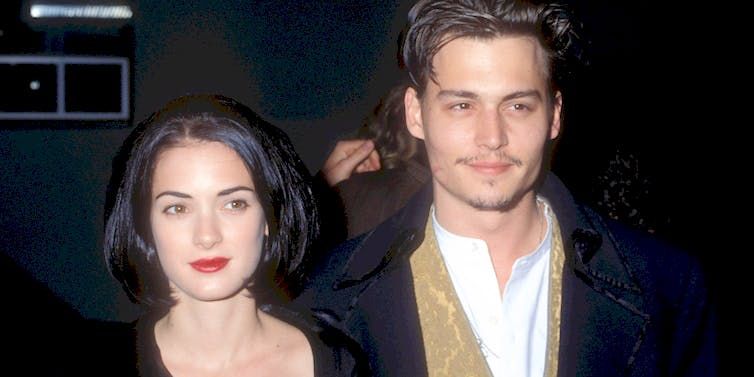 He got his ex-fiancée Winona Ryder's name inked on his body, but when that relationship went sour he knew he had to change it. Now it reads "WINO FOREVER". Gotta love wine!

10. He has an ongoing fling with Jimmy Kimmel.

Depp is constantly showing up on the late night host's show and smooching him right on the lips. It's actually become a regular bit.

11. While filming in London, a little girl wrote him a letter insisting that she needs help organizing a mutiny against her teacher. 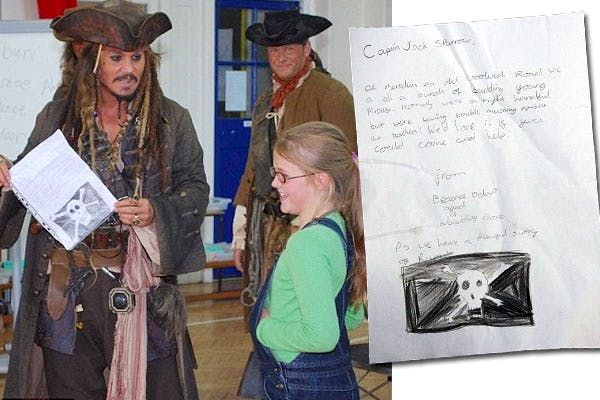 12. Depp showed up at her school, in full Captain Jack Sparrow attire, and convinced the class to reconsider this whole mutiny thing.

13. He helped Heath Ledger's daughter Matilda with her economic future. 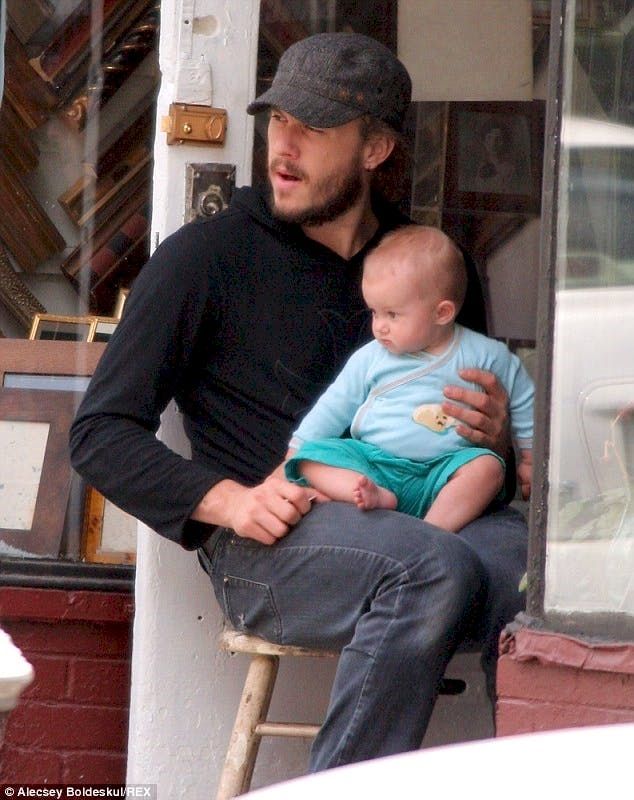 While filming The Imaginarium of Doctor Parnassus Depp convinced co-stars Jude Law and Colin Farrell to join him in giving up all the money they earned for the film to create a savings account for the late Heath Ledger's daughter. He wanted to ensure that she'd never struggle financially.

14. He once vandalized a billboard that featured his very own face. 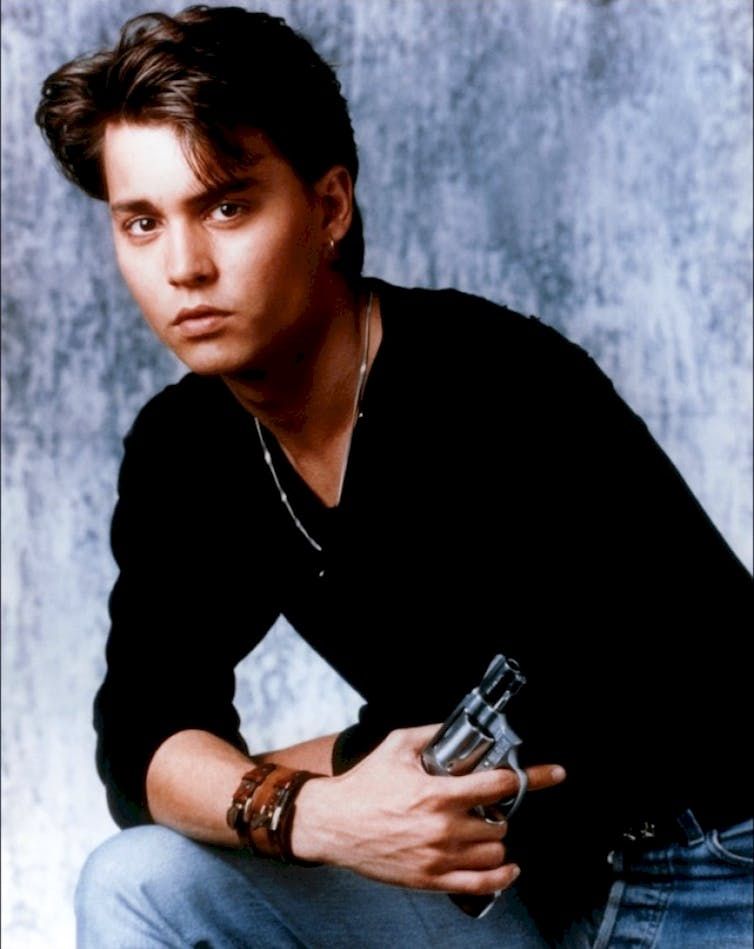 He didn't like the picture of his 21 Jump Street character, or the message the billboard gave, so he decided to draw all over it. When security caught him in the act, they realized who he was and let him finish.

15. He adopted the horse that he rode throughout the entire Sleepy Hollow film. 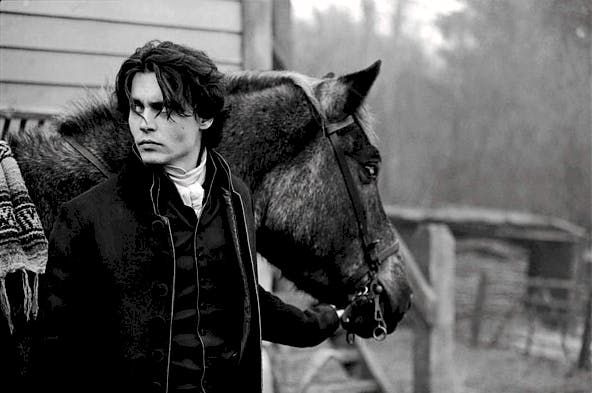 He heard the horse was going to be put down after filming, so he insisted that the owner let him adopt it.

17. He's been named the Sexiest Man Alive not once, but twice! 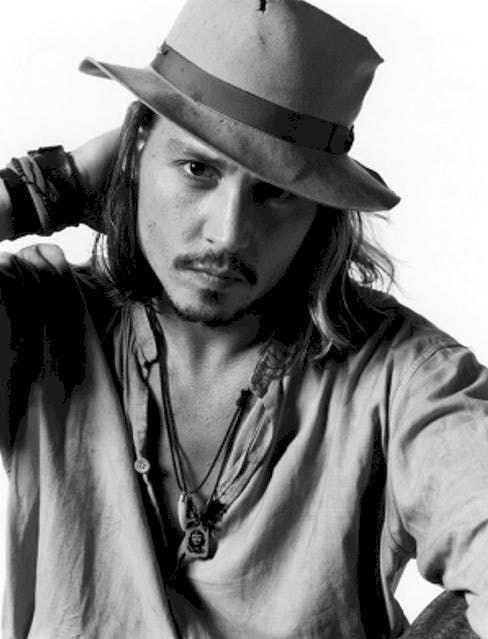 Not a bad award to win more than once.

18. He's been engaged a bunch of times, but only married twice. 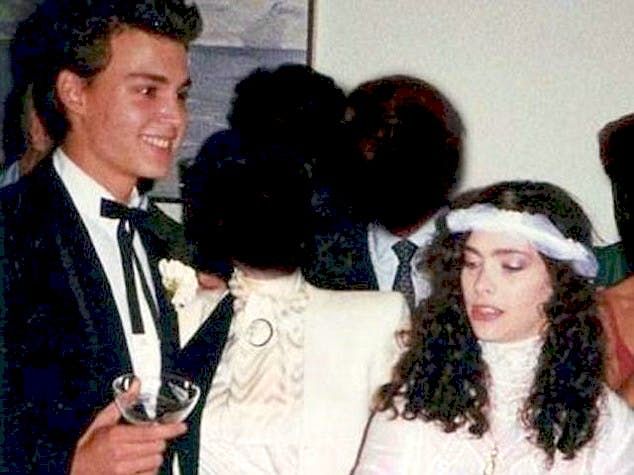 He's been wed to both Amber Heard and Lori Anne Wilson.

19. He has worked with Tim Burton in eight films. 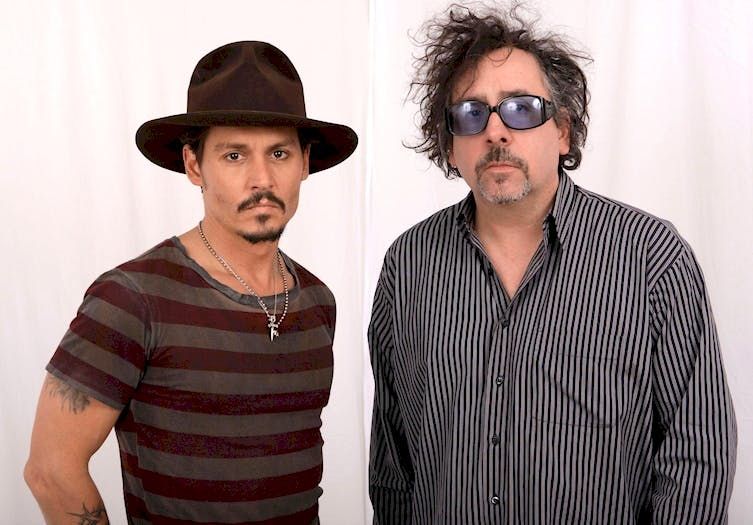 The two have one of the most celebrated filmmaking relationships in Hollywood.

20. What's your favorite Johnny Depp performance? COMMENT and tell us!