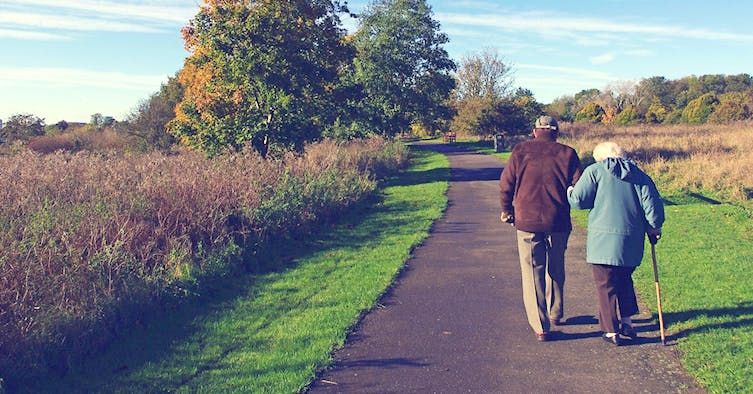 It's a random fluke of how major storms get their names. 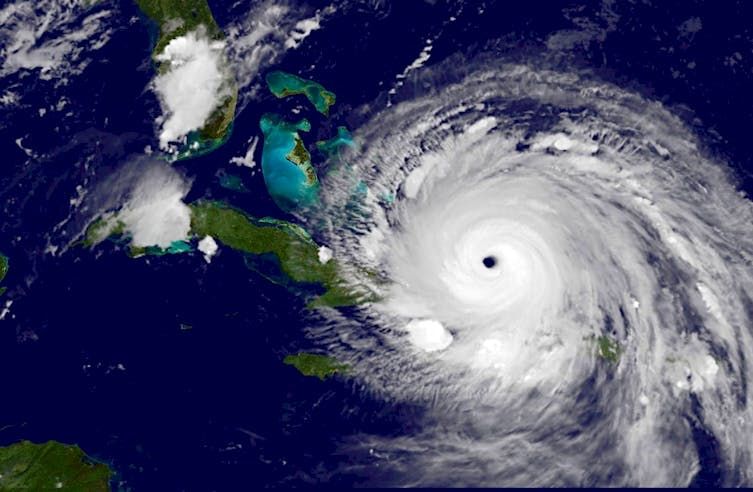 The World Meteorological Organization is in charge of the naming system. They have six lists that they rotate through, all of which alternate men's and women's names. When a storm is big enough and does enough damage to be memorable, that name gets retired. So you won't see another Hurricane Katrina, or Andrew, or Ivan, or Hugo, for example.

The Schluters are the decidedly more inspirational Harvey and Irma. 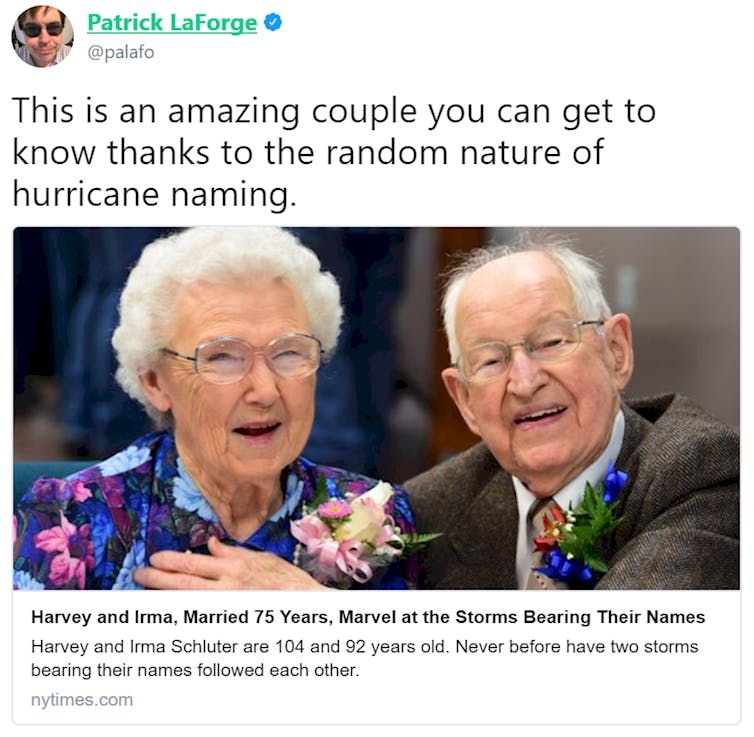 They had two children of their own, but both were used to big families, so they fostered kids, too — 120 of them in all, many of them with physical or developmental disabilities. After Harvey retired from the 45 years he spent as a barber, they got a motorhome and would travel around the country visiting their many, many kids.

So of course the internet adores these two. Of course! With devastation here and more on the way, why wouldn't we want to celebrate this Harvey and Irma? 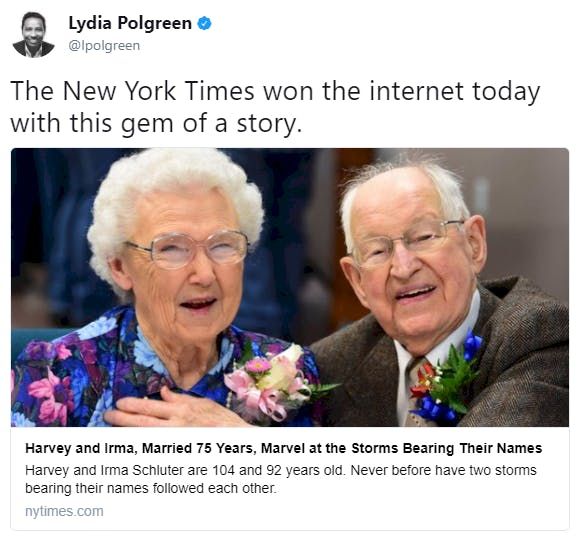 We all need a little pick-me-up in troubling times, and Harvey and Irma's story sure does that, doesn't it? 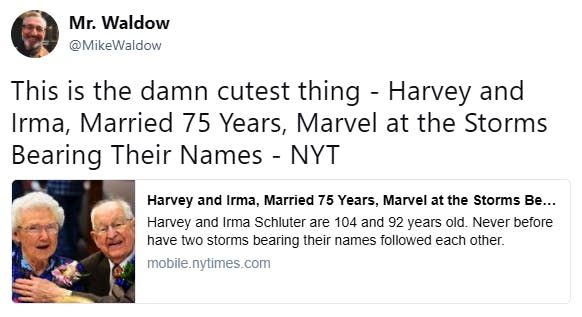 Although Harvey and Irma have never lived through anything like the hurricanes that bear their names, Irma still offered up her best advice for such a situation.

"You just do whatever you think would be best to do," she said. "If you can help someone, then help them." You can't say it any better than that!