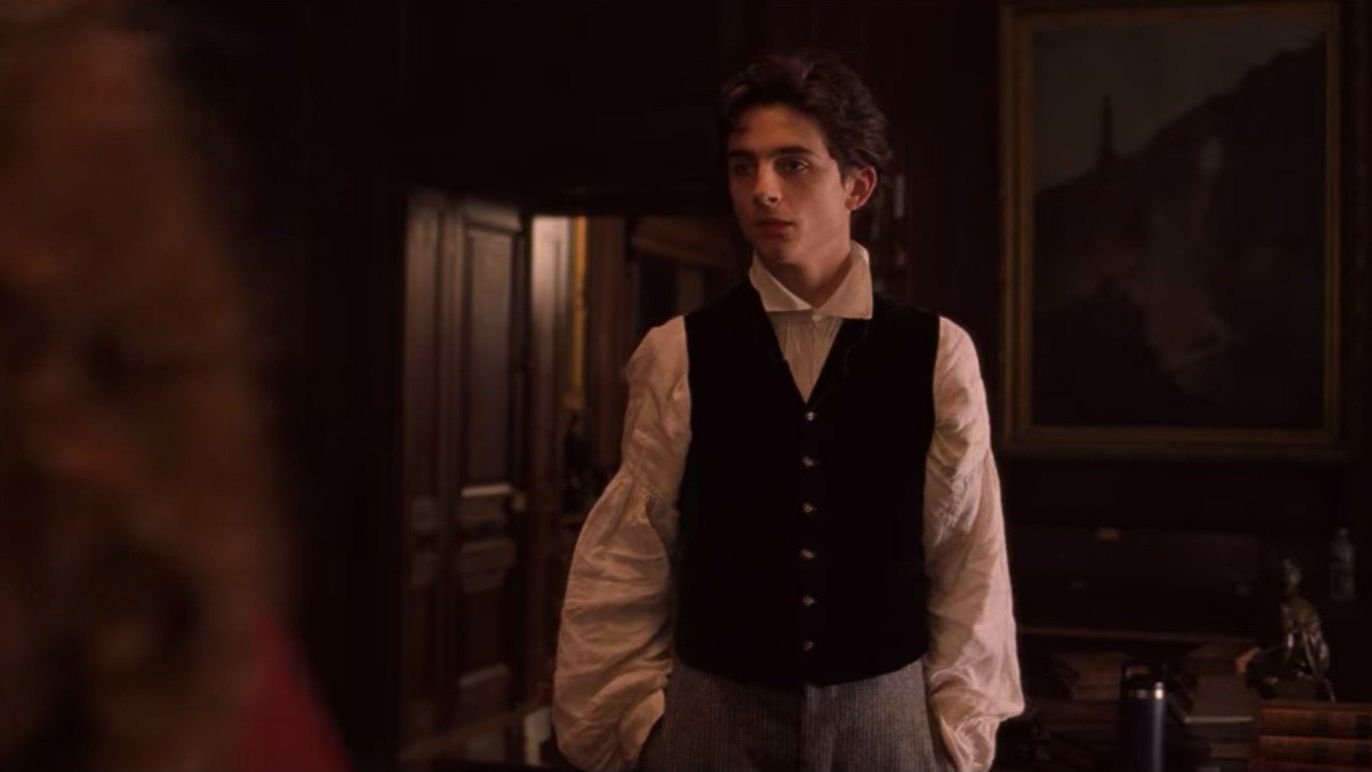 19 Movie Mistakes That Somehow Made The Final Cut

I have to be honest with you: I'm not the most perceptive person when it comes to watching movies. Usually, I get wrapped up in the story, and I overlook some details.

However, there are those times when movie mistakes stick out like a sore thumb, and it's hard to miss them even if you tried. The following are the perfect examples of that, and I can't believe those scenes made the final cut. Let's check it out. 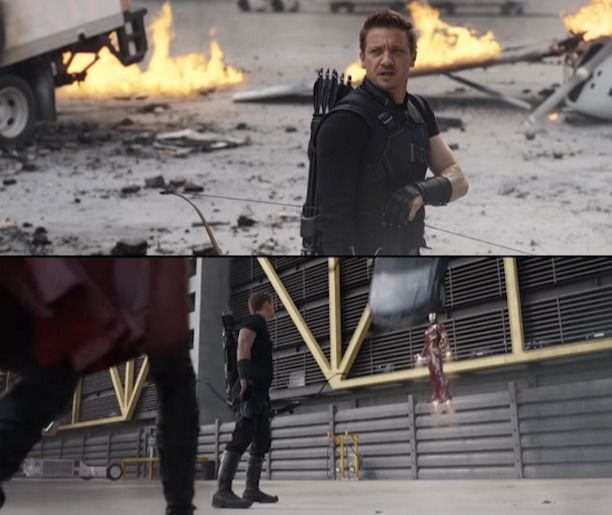 "First shot, Hawkeye has his bow in his right hand, left arm sleeveless; next shot it's reversed. Gotta show off them pipes right?"

Ha, ha, I never would have even noticed that. See, I told you — I'm pretty bad at catching those details. 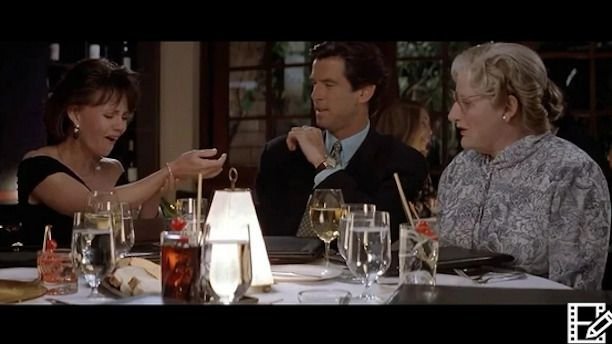 "Mrs. Doubtfire: In the scene where Miranda is meeting Stuart for the first time since high school she says ‘I was thinking a 17th century grand piano’ in reference to the lobby of Stuart’s BnB. Grand pianos were not invented until 1720: the 18th century."

Oh, how cool that somebody caught that, huh?

Wow, it's amazing when people notice dates and stuff, right?

'Once Upon A Time in Hollywood' 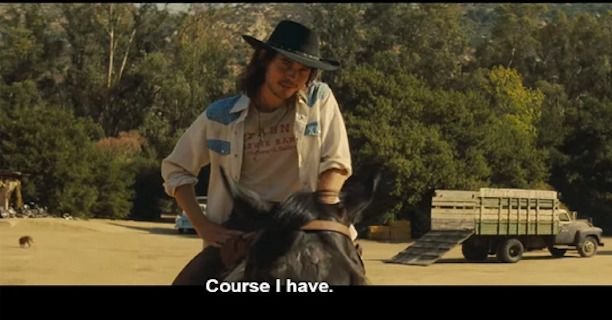 Oh, nice! That was a good catch, huh? I wonder why they did that? Maybe they didn't want to pay him for a speaking role, ha, ha!

"Transformers: Age of Extinction. In a scene where Optimus Prime fights Lockdown in a silo yard in Hong Kong, the Sears Tower and 311 South Wacker (buildings in Chicago) are clearly visible in one shot."

Oh, I bet this happens all the time.

"In Hook (1991) when the titular Captain puts the hook on we can see the guy behind the camera in the reflection."

Oh, my! Would you look at that? That's definitely a rookie mistake here, haha. Don't you think so, too? 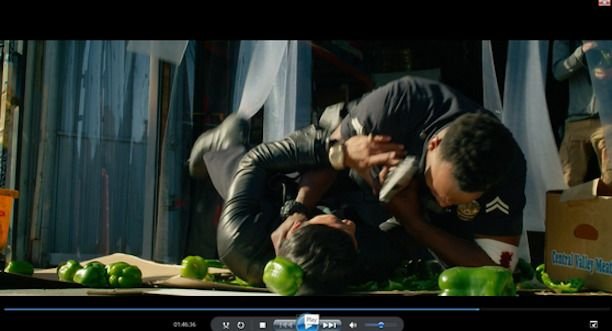 "In the movie Ambulance (2022) directed by Michael Bay — the cameraman can be spotted in this scene."

I guess this happens more often than we think, huh? I feel like now I'm going to pay more attention, so I can spot this. How about you?

"Chased by Sea Monsters (2003) Nigel Marven’s watch is on his right arm then switches to his left arm and back to his right."

Okay, first of all, I've never heard of this movie. And second of all, this was a good find here. 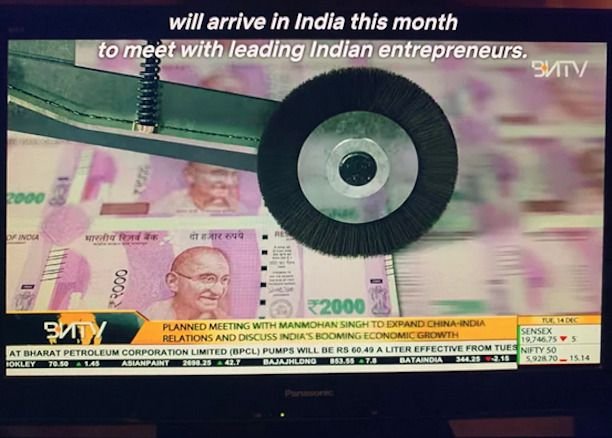 "In The White Tiger, it is shown that Balram, in the year 2010, is watching the news on the TV wherein currency notes are being printed. They show INR 2000 notes being printed, but such currency wasn't introduced until 2016 post demonetization of the old currency notes." 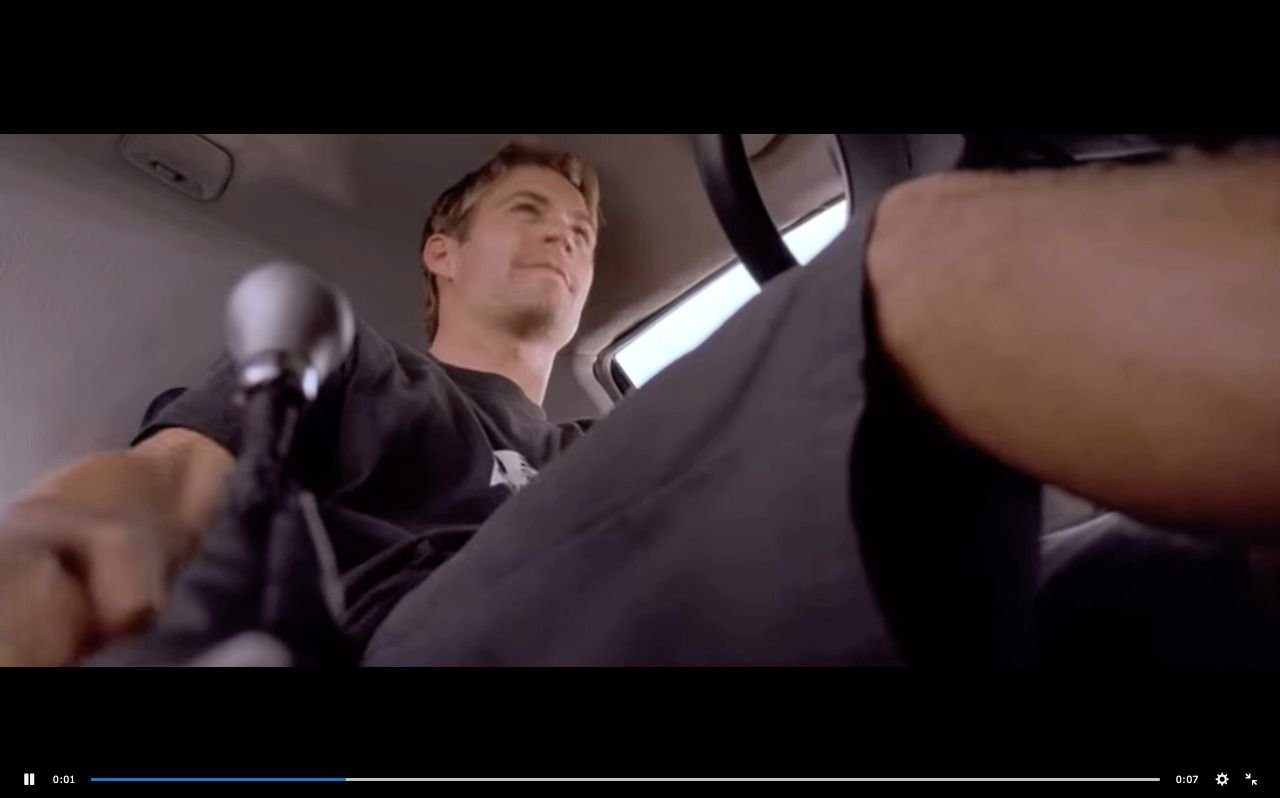 Oh, my gosh. I didn't notice that haha. I don't know about you, but I really miss Paul Walker. He was such a stellar actor. qzzzzzzzzgAm I right? What a sad Hollywood story. 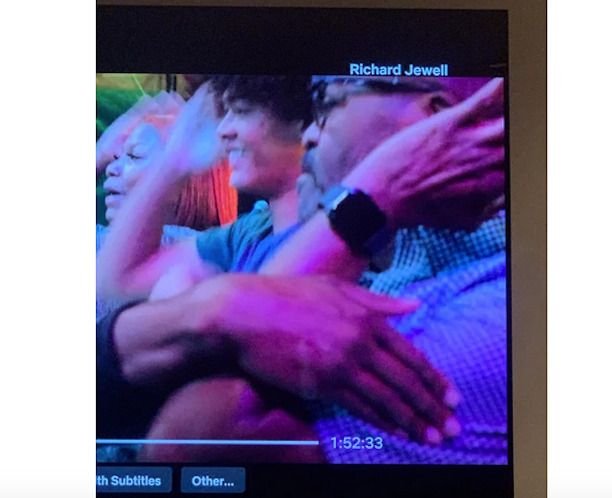 Watch out for those Apple watches, ha, ha. I used to be a movie extra so I'm pretty conscious of that. 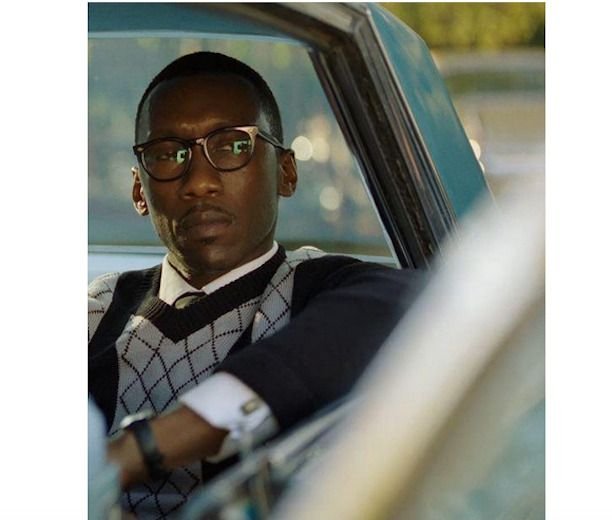 Nice job spotting that. And by the way, I absolutely loved this movie. If you haven't seen it yet, I highly recommend it. It's one of those feel-good movies, that's for sure. 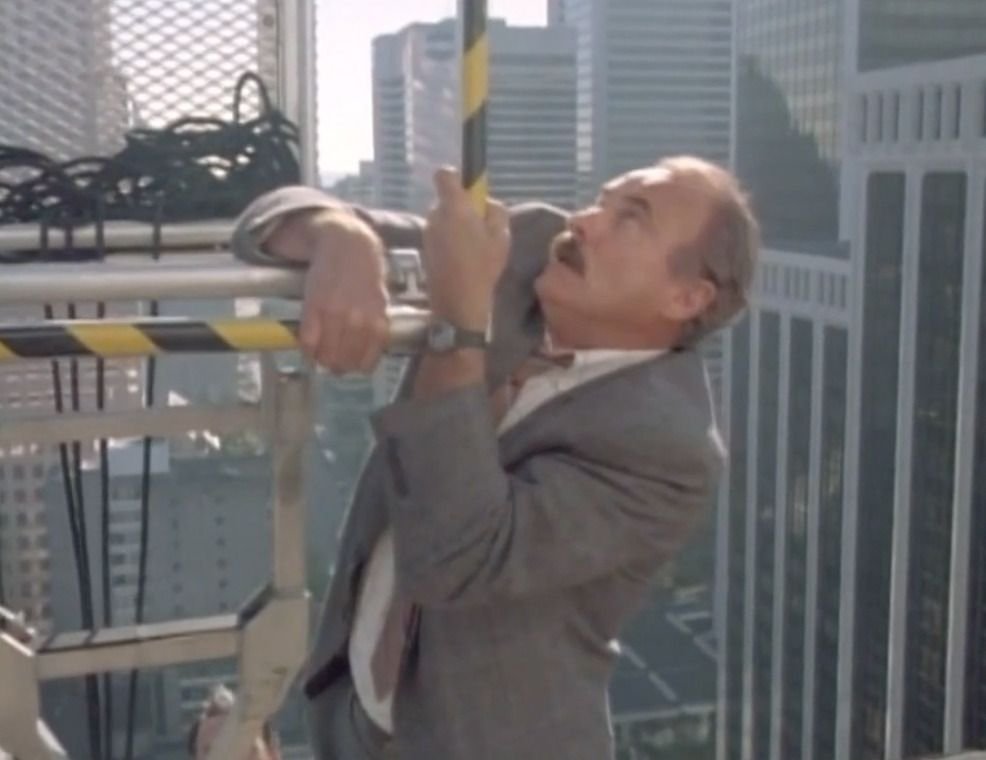 "Short Time (1990) The random crew member at the bottom of the window washing basket."

Oh my goodness, would you look at that? That's unfortunate, huh? Get that guy out of the shot and stat. That's what I would yell out. 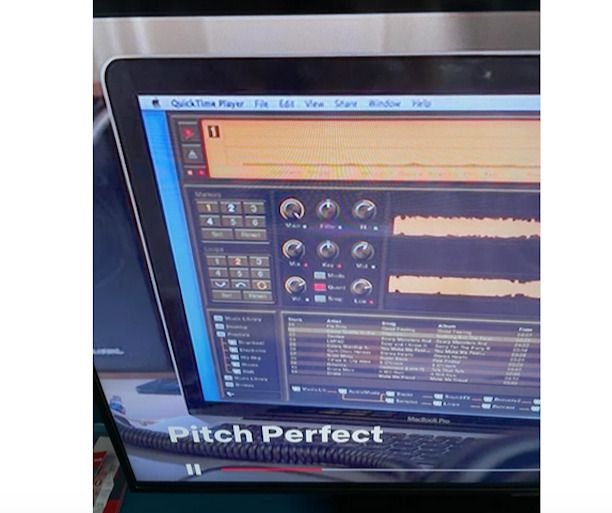 Aha! Now that is a good one. I guess they figured that nobody would notice that, but as we can see, they were wrong.

"On the 4K disk of Waterworld, I noticed at the end when they’re fighting on the Smoker boat they have a bunch of cardboard cutouts in the back."

Yeah, don't release a movie in 4K if you're going to cut costs like that. I can't believe they tried to get away with it.

"In Enola Holmes, the shotgun shells are modern, plastic cased shells, rather than full metal shotgun shell casings which would have been accurate to the late 1800s when the film story is based."

Well, what do you know? That's quite the gaffe. 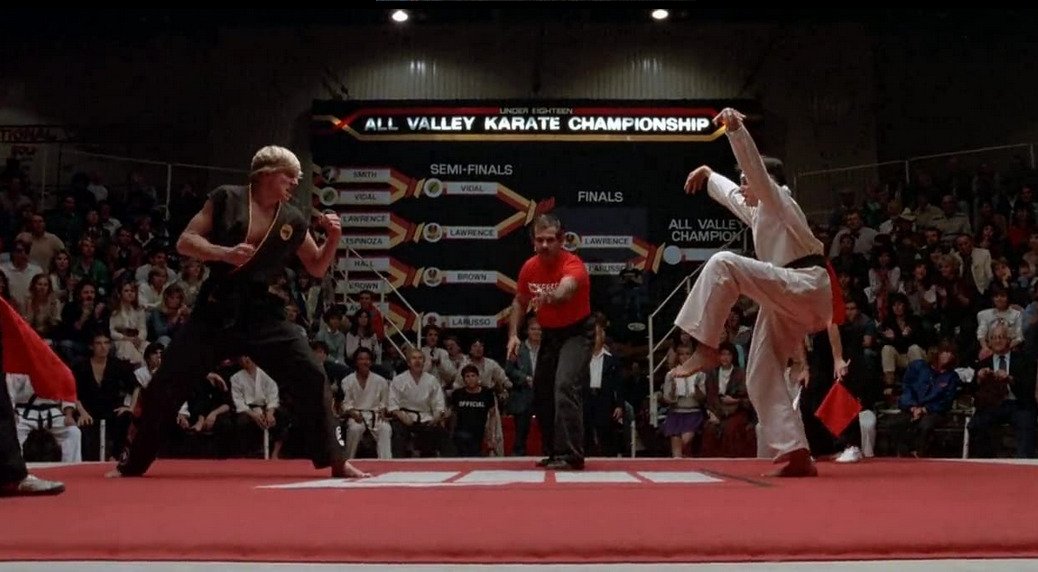 "In The Karate Kid, kicking an opponent in the head is an illegal move and would be grounds for disqualification in any tournament, yet that's exactly how Daniel won."

Wait a minute, what? That's not right, ha, ha. Who didn't do their homework here? 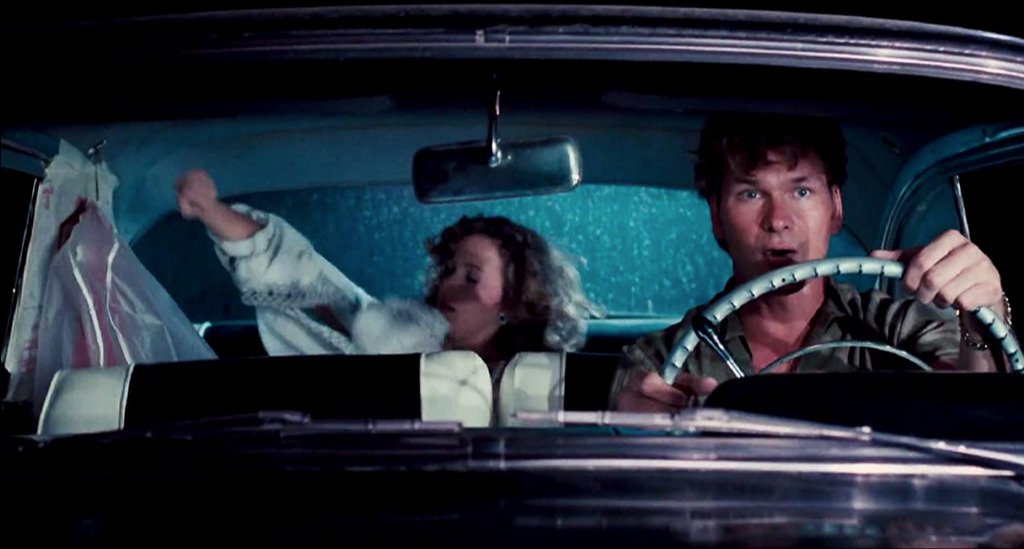 "In Dirty Dancing, Johnny is supposed to be driving, but if you look closely at the gear shift you can see that the car is actually in park."

Oh my goodness, totally missed that, ha, ha. Did you catch it? 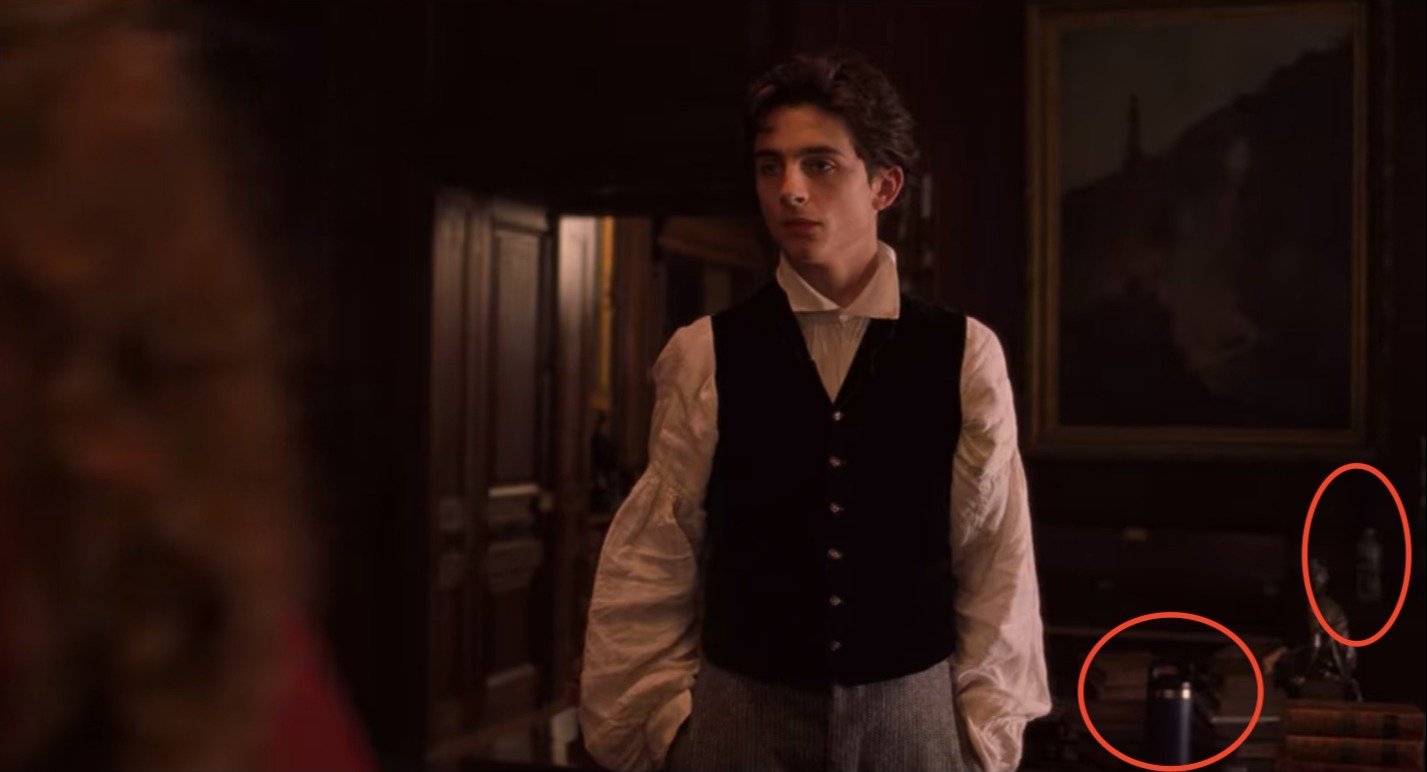 In 2019's Little Women, you can spot a coffee thermos and a plastic water bottle in the background of Laurie's library. I think it's safe to say those weren't around in 1863, the year the movie was set.

So, did you spot any of these filmmaking mistakes?

If you haven't, don't feel too bad. I pretty much missed all of them, too, hee-hee. As I said, I prefer to focus on the actual story and not all the mundane details. But it was fun to uncover some of these obvious gaffes. Better luck next time, I guess. 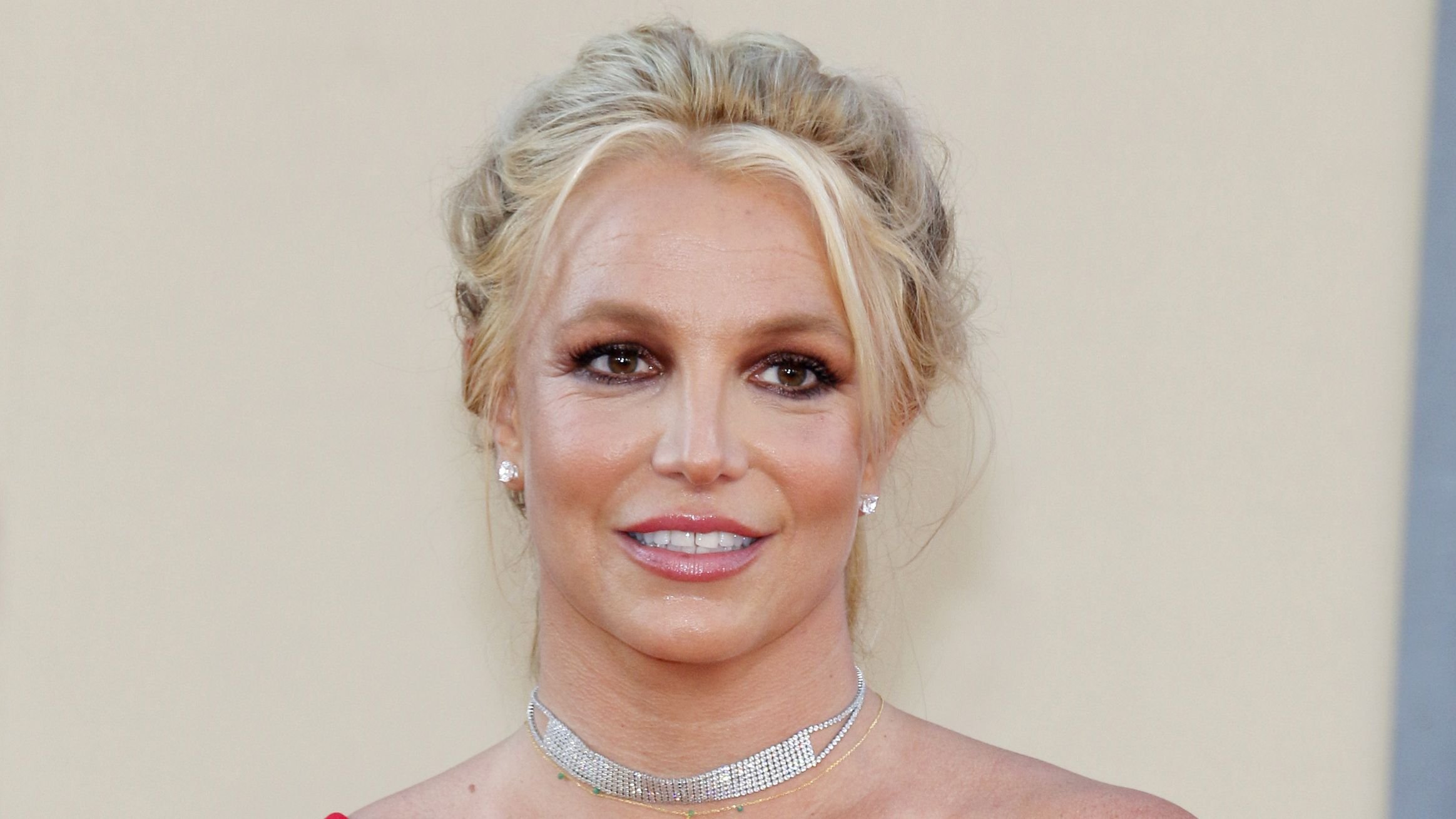