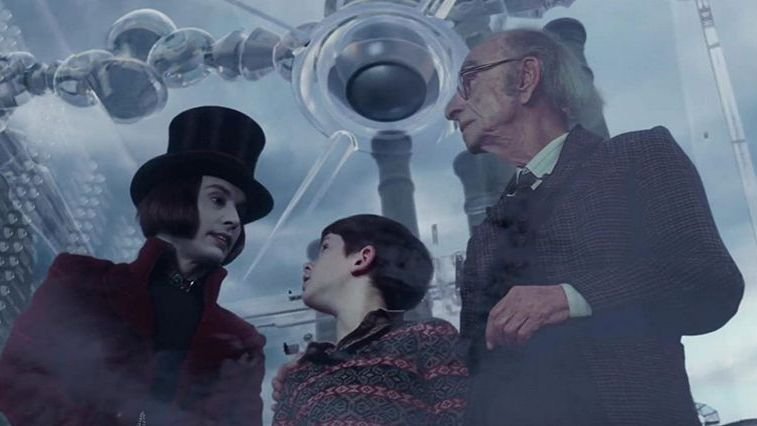 I don't know if I've mentioned this before, but I'm a huge Tim Burton fan. I've watched pretty much all his movies. Burton has collaborated on many of his films with his favorite actor Johnny Depp. I can't tell you how much I adore Edward Scissorhands or Sleepy Hollow.

So I thought it would be cool to list some hidden facts about Johnny Depp's movies that fellow fans might appreciate. Let's take a look at these together, okay? 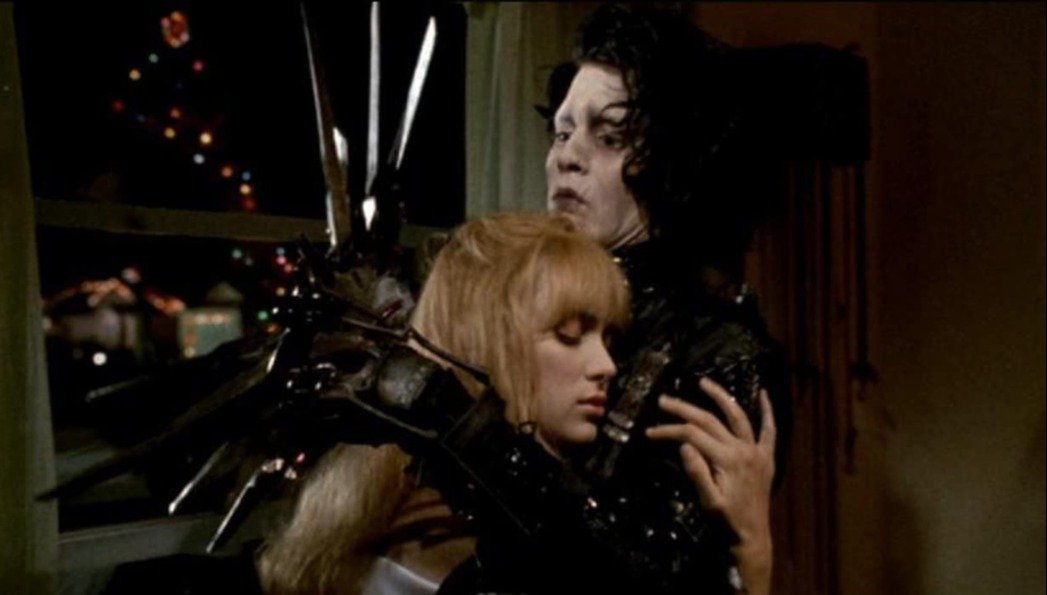 So apparently, Johnny Depp convinced Winona Ryder to star in Edward Scissorhands. This was Johnny's first collaboration with director Tim Burton, and Depp could see that the film had great potential.

He convinced Ryder to star alongside him, even though she had already signed on for a part in The Godfather: Part III. So she quit the role and followed Depp instead. Can you even imagine the movie without her? I can't. These two had amazing on-screen chemistry, and I can see how that translated into real life. 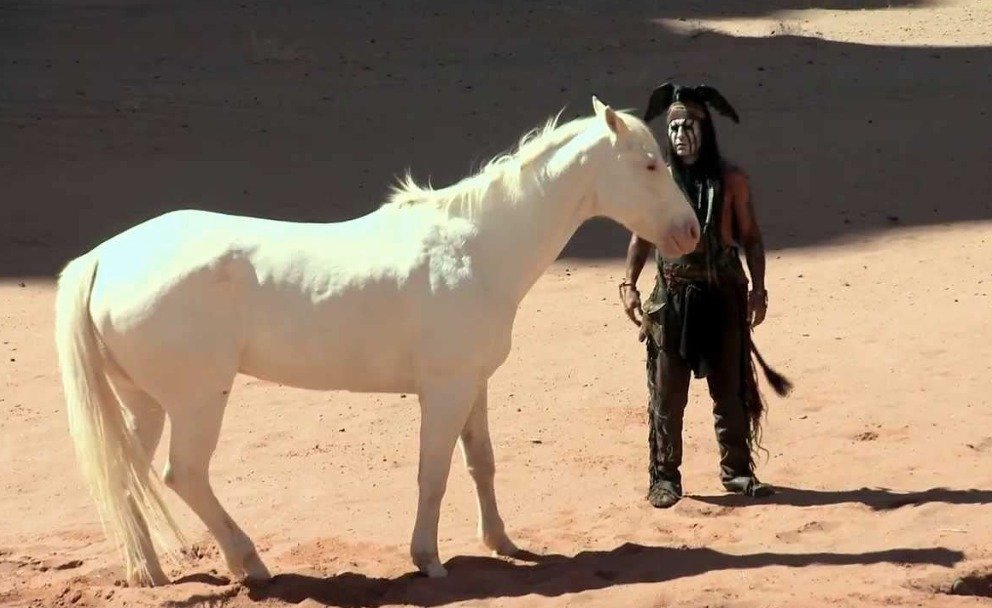 A lot of Johnny Depp's movies required a ton of physical work. But one film, in particular, could have ended in tragedy. Depp confessed to David Letterman that he fell off his horse while shooting a scene for The Long Ranger and got even dragged for several feel. Ouch!

I love how they did that.

'Charlie and the Chocolate Factory' 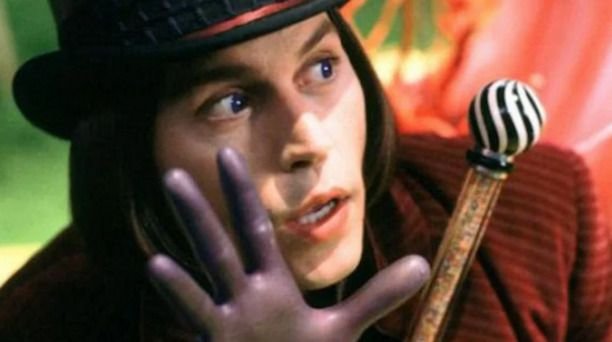 "In Charlie and the Chocolate Factory (2005), Johnny Depp wore purple contact lenses for his role, the imaginative chocolatier, Willy Wonka."

Aha, that's what made his eyes look so cool, huh? I wonder if he could see normally with that tint, haha.

'The Pirates of the Caribbean: The Curse of the Black Pearl'

Here's a cool fact about Jack Sparrow's signature catchphrase, "Savvy." According to IMDb, Johnny Depp came up with it himself! He improvised it while filming The Curse of the Black Pearl. It worked out so well that he continued using it throughout the movie series. Nice! 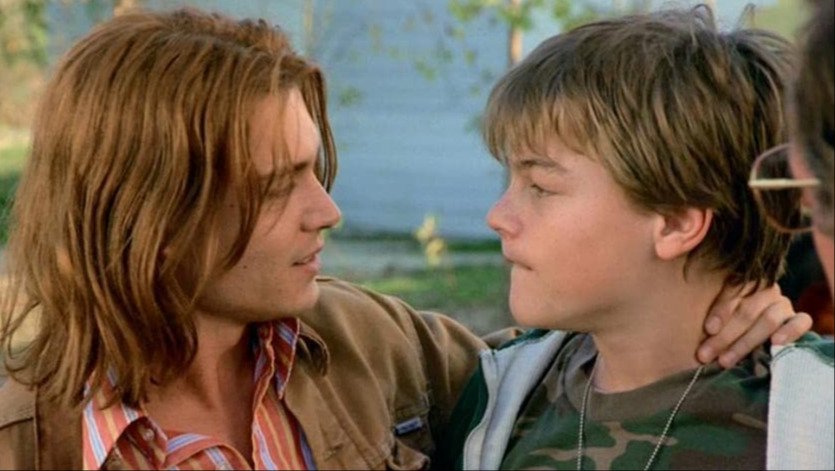 I don't know if you've ever seen What's Eating Gilbert Grape, but it's such a stellar movie with an incredible young cast. One of the young up-and-coming actors Johnny Depp played alongside in the film was Leonardo DiCaprio. Depp actually confessed that he was really mean to DiCaprio because of whatever was going on in Depp's life. However, he respected DiCaprio for always showing up prepared, though. I wonder how the two feel about each other now. 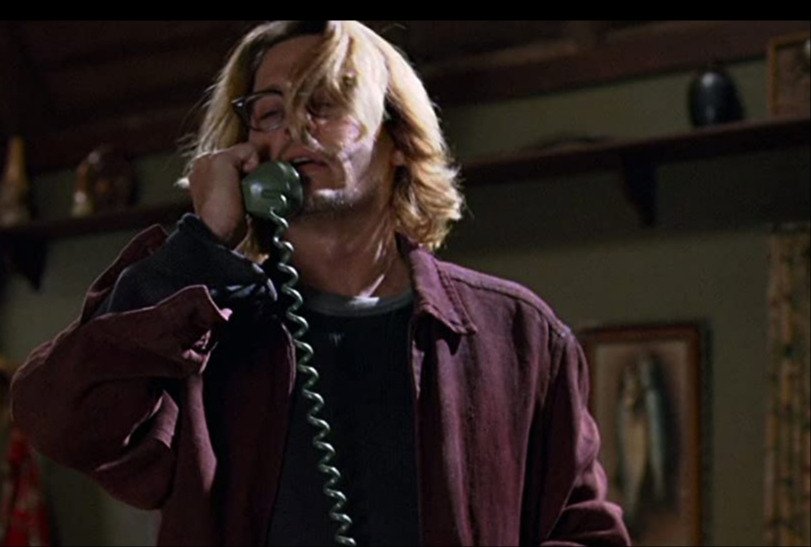 "In Secret Window (2004), the lead character Morton (Johnny Depp) gets a phone call. On the coffee table by the phone is a paperback copy of Hunter Thompson's Fear and Loathing in Las Vegas, in which Depp portrayed a caricature of Thompson in the film version."

'The Pirates of the Caribbean: The Curse of the Black Pearl'

"In POTC: The Curse of the Black Pearl (2003), most of Jack Sparrow’s hats are made of rubber. This is because Johnny Depp kept losing them and throwing them overboard. After he lost 10 leather hats, the costume designer started making them out of rubber so that they would float instead of sink." 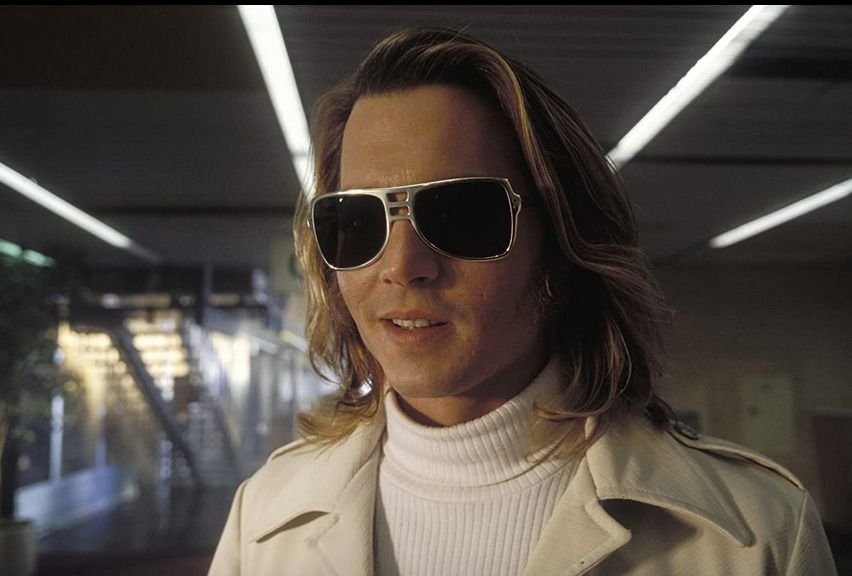 Johnny Depp is the kind of actor who always wants to get things right. That's especially true when he's playing a real-life character. So for his role as George Jung in Blow, he actually went to prison to meet with the guy. I think his research paid off, huh? 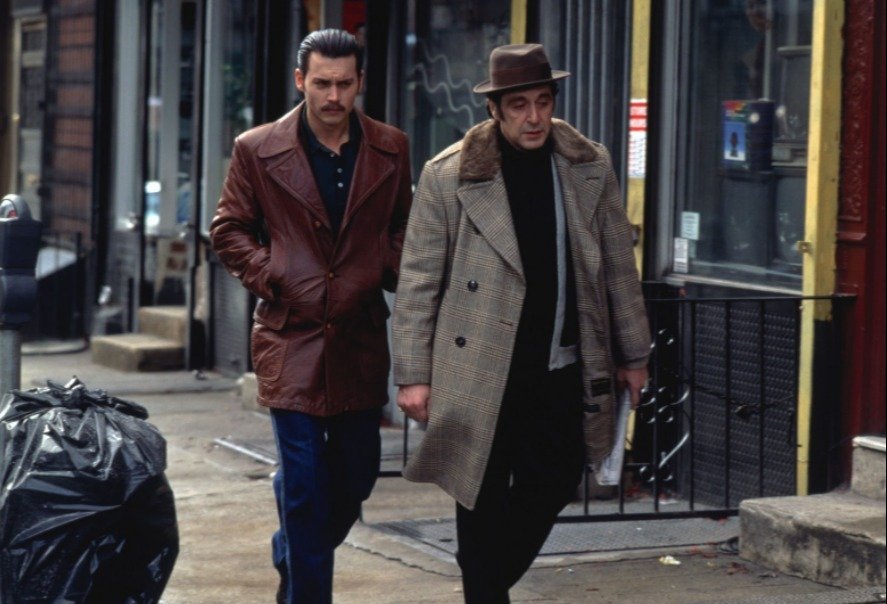 Speaking of getting things right, that was also the case with Johnny Depp's movie Donnie Brasco. Depp played a real-life undercover cop Joseph D. Pistone who infiltrated the mafia, and he met with him in person. He also took shooting lessons straight from the FBI to help make his performance as believable as possible. Wow!

"Johnny Depp's character's name in 21 Jump Street (2012) is DB, as a reference to 'Donnie Brasco' where Johnny Depp went undercover in a criminal organization."

"In the movie Pirates of the Caribbean: Dead Man's Chest (2006), the little song 'I’ve got a jar of dirt' sung by Captain Jack Sparrow was completely improvised by Johnny Depp. That’s why the surprising reactions from the other actors are completely real." 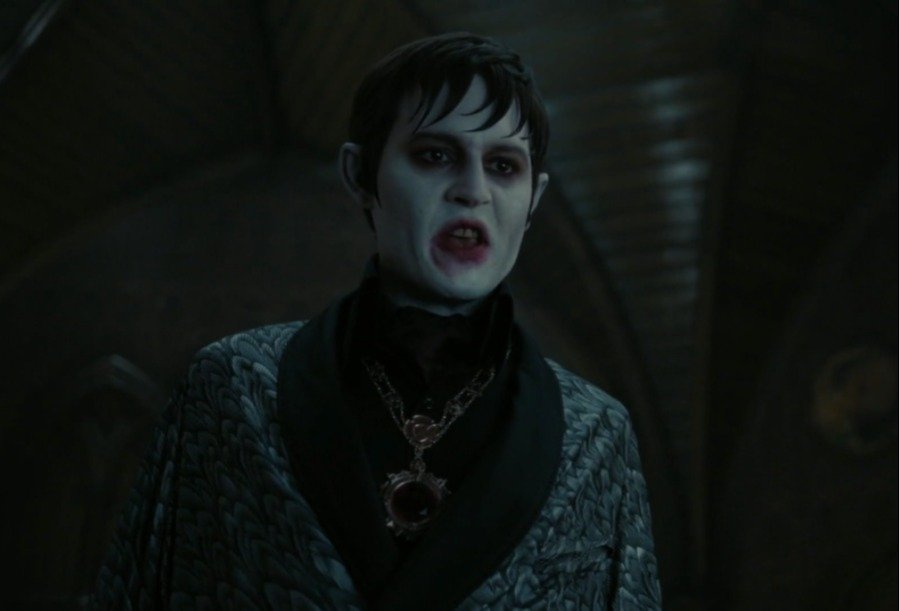 "The 2012 film Dark Shadows digitally removed every instance of a reflection or blinking for Johnny Depp's portrayal of a vampire."

That makes sense, huh? You've got to stick to the legend of vampires not having their reflection in the mirror. Am I right? 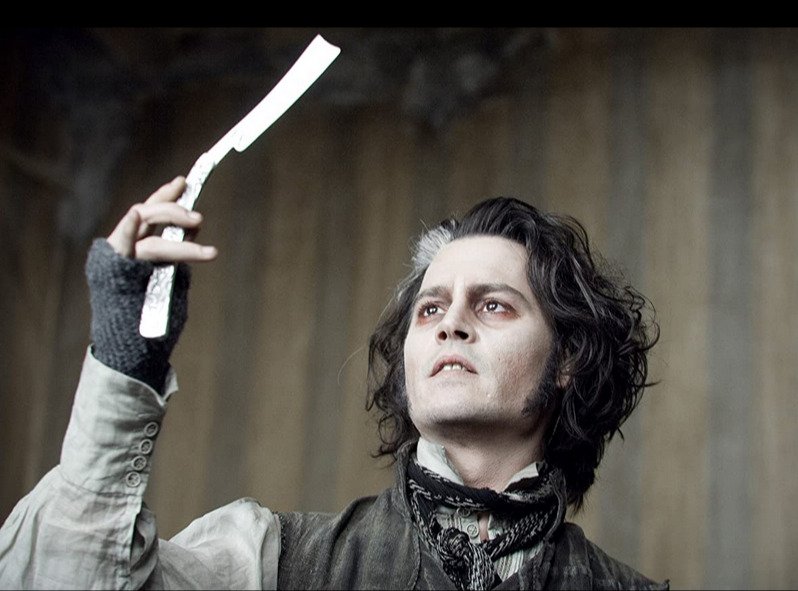 Apparently, there was an issue on the set of Sweeney Todd: The Demon Barber of Fleet Street: Johnny Depp had trouble handling a straight blade razor. So to solve the issue, he instructed the props department to craft a special razor that he could open very quickly. This was due to a well-concealed small button on the side.

'Charlie And The Chocolate Factory' 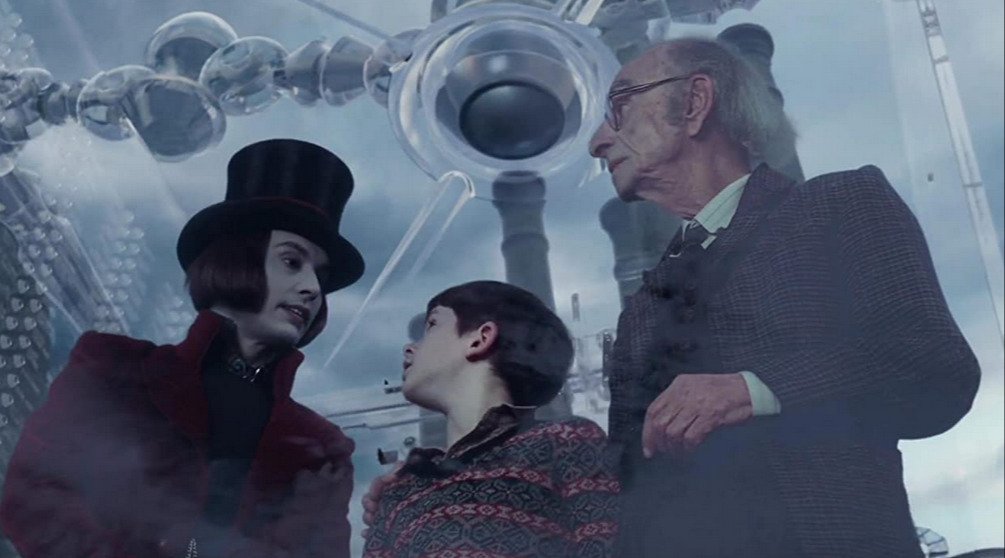 So Johnny Depp was responsible for another casting choice. He suggested Freddie Highmore to his friend director Tim Burton after he was impressed by Highmore's performance in Finding Neverland. After Burton met with the young star, he got hired. 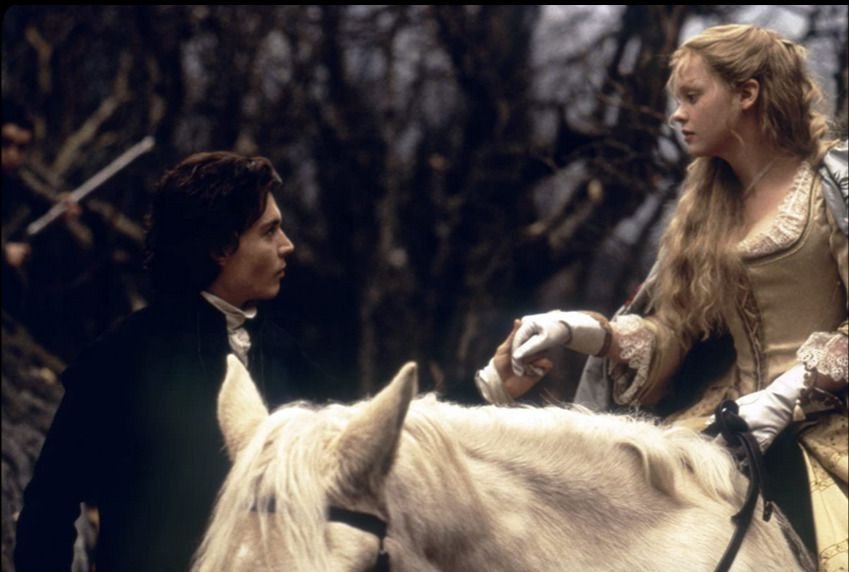 Johnny Depp must have an affinity for animals. When he heard that the one-eyed horse named Goldeneye was sent to an auction after the end of the shooting of Sleepy Hollow, he showed up, put in the highest bid, and took the horse home with him. Aww, that's so sweet, huh?

'Pirates of the Caribbean: The Curse of the Black Pearl' 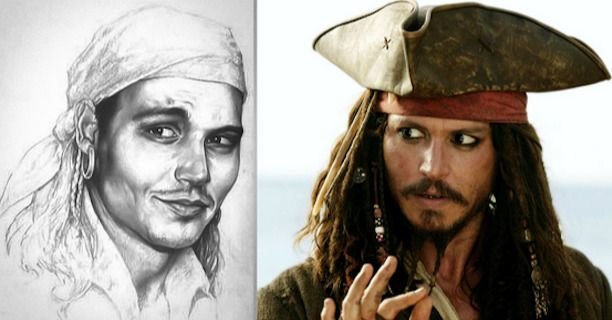 "The role of Jack Sparrow was written for Johnny Depp and this concept art by Mark McCreery was the initial design for the character, before Johnny's input. Very similar to a classic Errol Flynn-style pirate."

Oh my, how awesome is that? 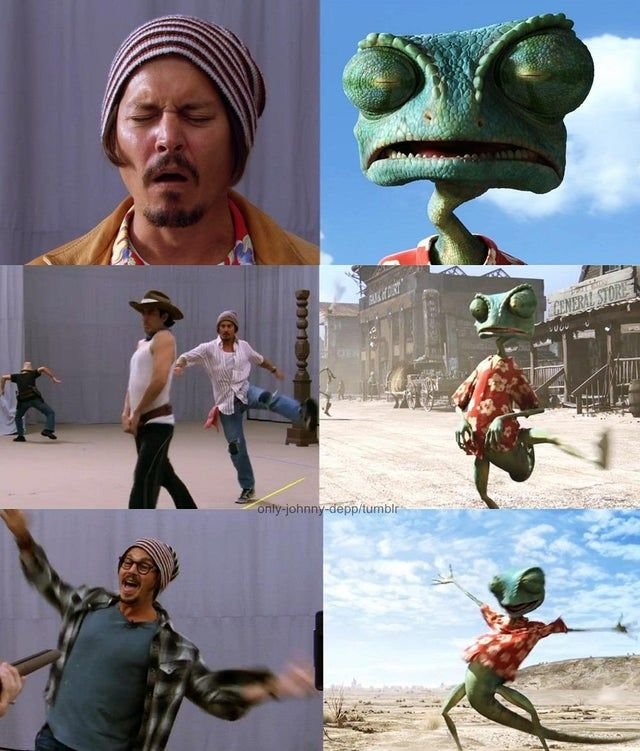 "In Rango (2011), Actors actually performed just like in a live movie and this [footage] was later referenced by Animators in animating the film."

Someone asked if this meant it wasn't motion-captured, but actually filmed then referenced, and the first poster confirmed! That's a lot of dedication! 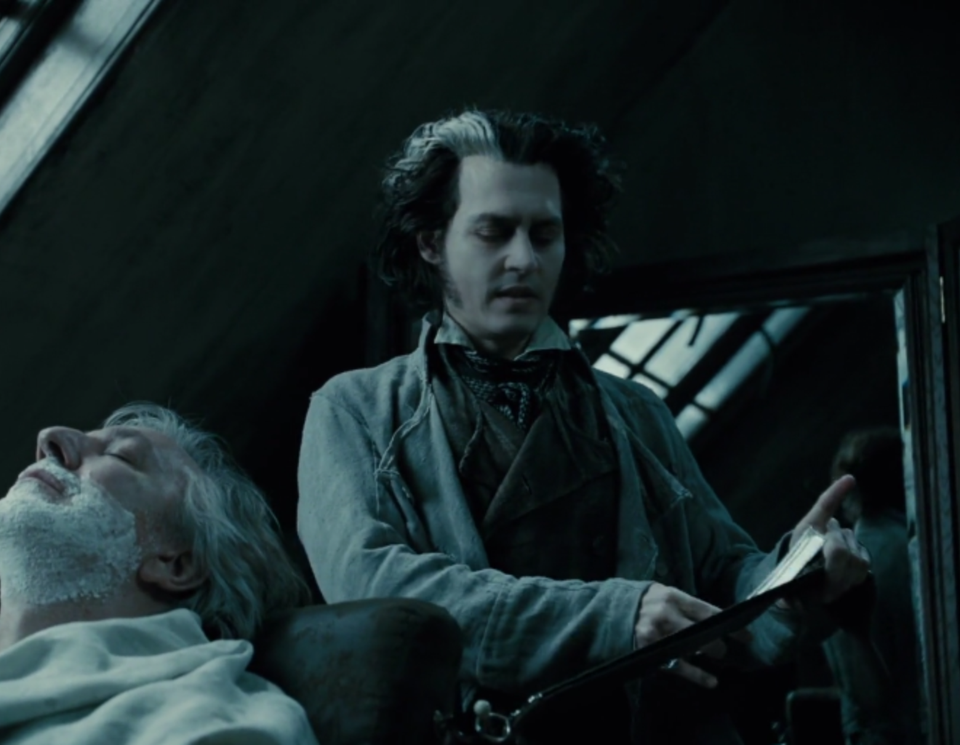 "Johnny Depp, in Sweeney Todd, strops his straight razor backwards, with the edge advance of the spine, in order to dull the razor and thus make for a more painful murder."

'Fear And Loathing In Las Vegas' 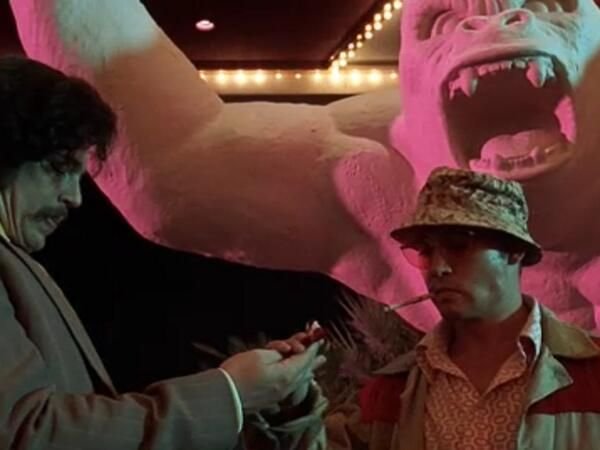 According to Depp, the gorilla statue seen above and outside Bazooko Circus in Fear And Loathing In Las Vegas now "lives" in his front yard. Yes, he reportedly took that giant statue home. That might be the weirdest keepsake an actor has taken from the set.

'Pirates of the Caribbean: The Curse of the Black Pearl'

"In Pirates of the Caribbean: The Curse of the Black Pearl (2003) Jack Sparrow’s pistol was the only real gun in the movie. Johnny Depp used a set of two flintlock pistols that were made in 1765. However, they were only used in scenes where they needed to be fired. Otherwise, he used replicas."

Aren't these such cool facts about Johnny Depp's movies?

I had no idea he convinced Winona Ryder to star in Edward Scissorhands. This is by far one of my favorite Tim Burton movies. And these two stars were perfect together in the film. Am I right? I also love how Depp has met many real-life characters he portrayed in his movies. That's being really hands-on. So which fact surprised you the most?