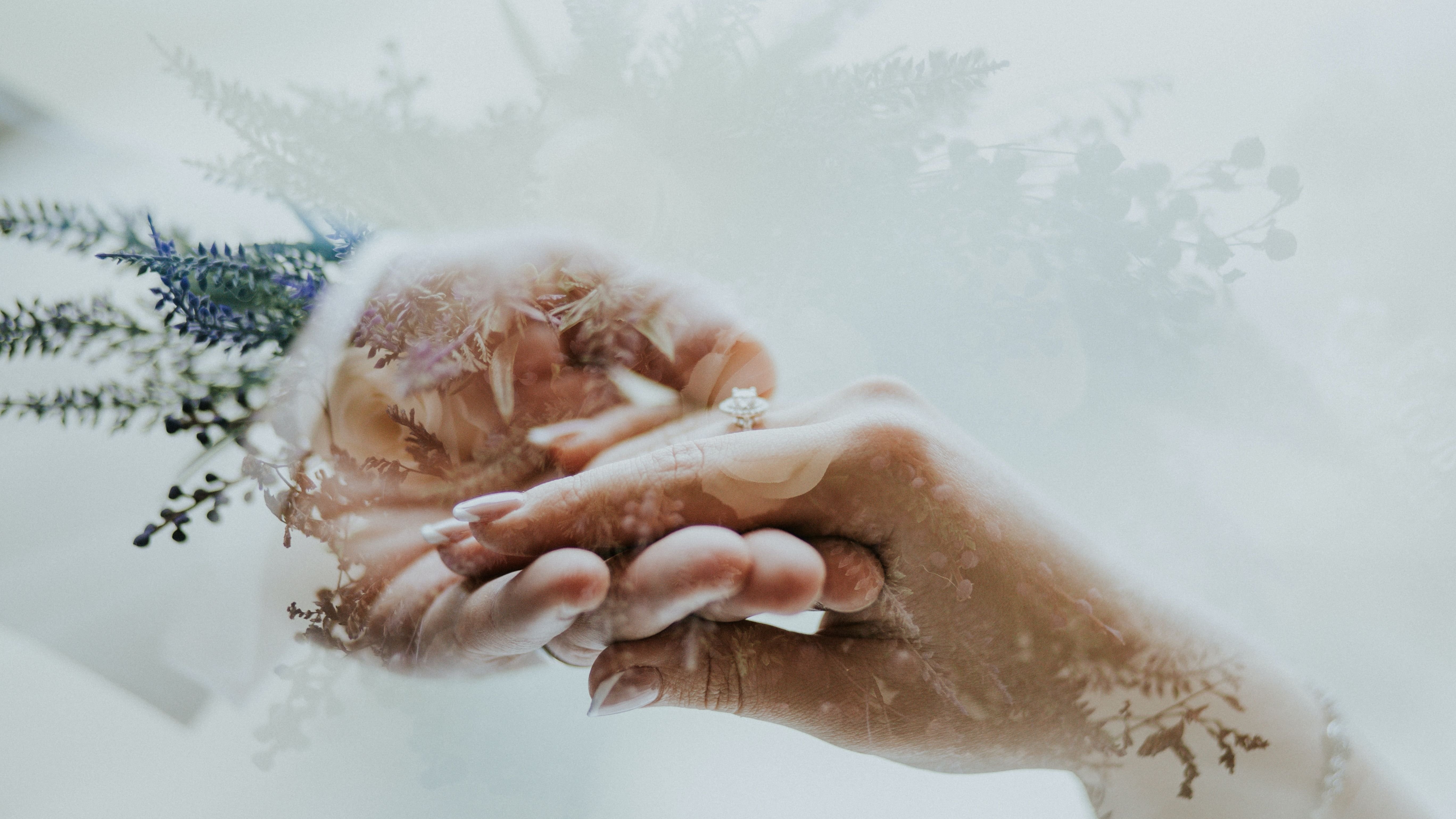 If you're truly lucky, you'll find that special partner to join you on your life's journey. But what if things don't work out? That's just life, right? Well, sometimes lightning strikes twice, and you'll end up falling in love all over again — with the same person, ha, ha.

That's exactly what happened to these celebrity couples. Not only did they marry once, but after they split, they got married again. Let's see how things worked out for them in the end. 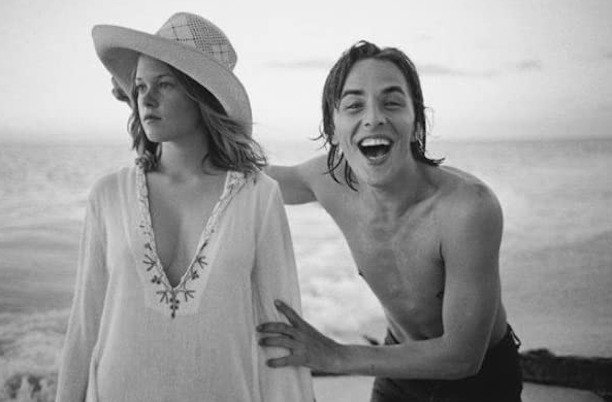 The couple moved in together when Melanie was 15 and got engaged on her 18th birthday, tying the knot in 1976. Their marriage only lasted six months. They later rekindled their love and got remarried. This time they stayed together from 1989 to 1996 and had a daughter, Dakota Johnson.

Rodney Dangerfield and Joyce Indig were married from 1949 to 1962. After they divorced, the couple ended up getting remarried and staying together from 1963 to 1970. Their relationship resulted in the birth of their two children, Brian Roy and Melanie Roy-Friedman. 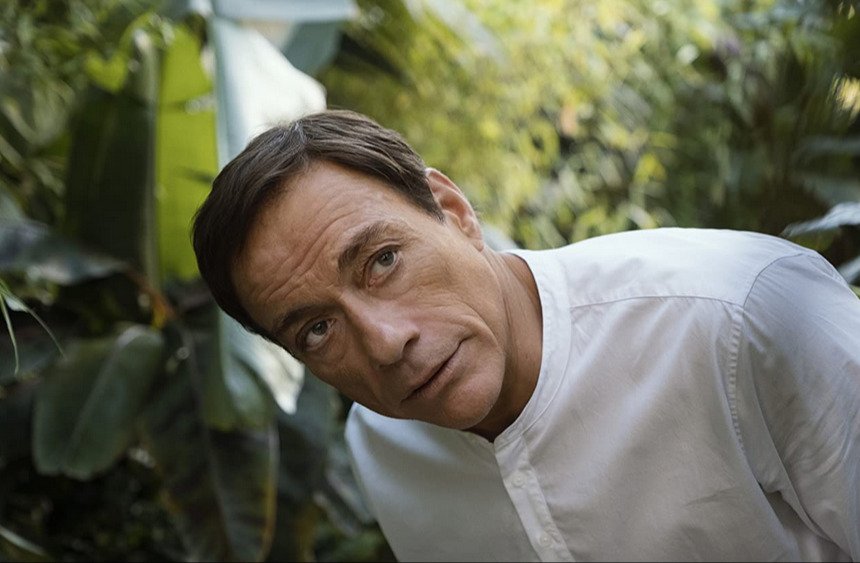 Actor and martial arts superstar Jean-Claude Van Damme has been married five times, but each of his marriages lasted less than five years. However, the first time he married bodybuilder Gladys Portugue they stayed together from 1987 to 1992. The couple remarried in 1999 and are still together. They have two children, Kristopher and Bianca. 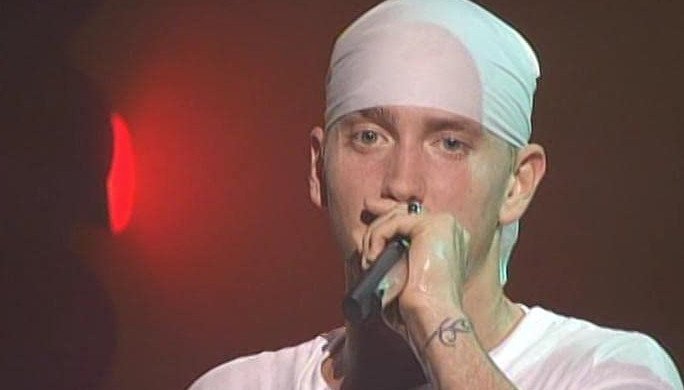 Rapper Marshall Mathers who's known better as Eminem, was first married to his wife, Kim Scott, from 1999 to 2001. The couple reunited some years later and remarried in 2006, only to get divorced later the same year. 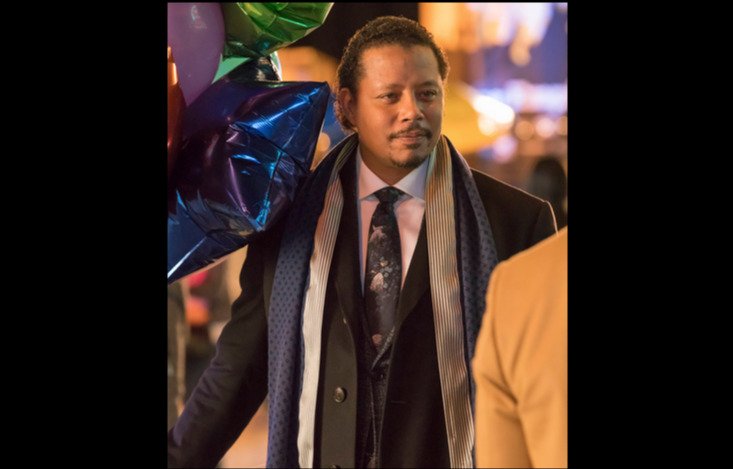 The pair originally got married in 2013, but sadly their marriage only lasted two years. However, in 2018 Howard proclaimed his love for his ex-wife on social media using the #BloodIsThickerThanWaterButLoveIsTheGlueThatBindsUs hashtag. The couple shares two kids together. 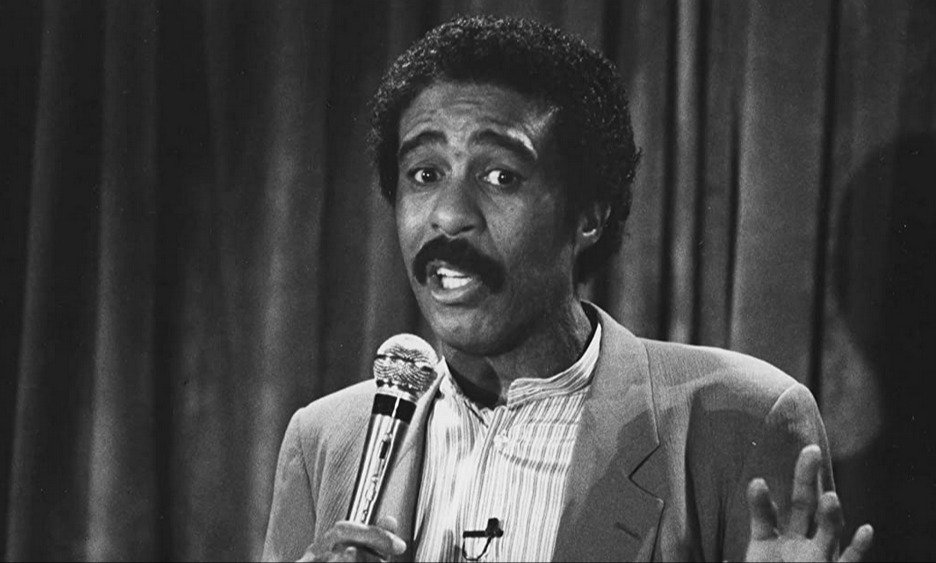 Here's a funny story: Comedian Richard Pryor married both of his wives twice. First, he married Jennifer Lee in 1979 and stayed married to her until 1982. Then after they divorced, he married Flynn Belaine. They stayed married from 1986 to 1987, and then again from 1990 to 1991.

After that didn't work out, he remarried Lee in 2001, and they remained together until his death in 2005. Interesting, huh? 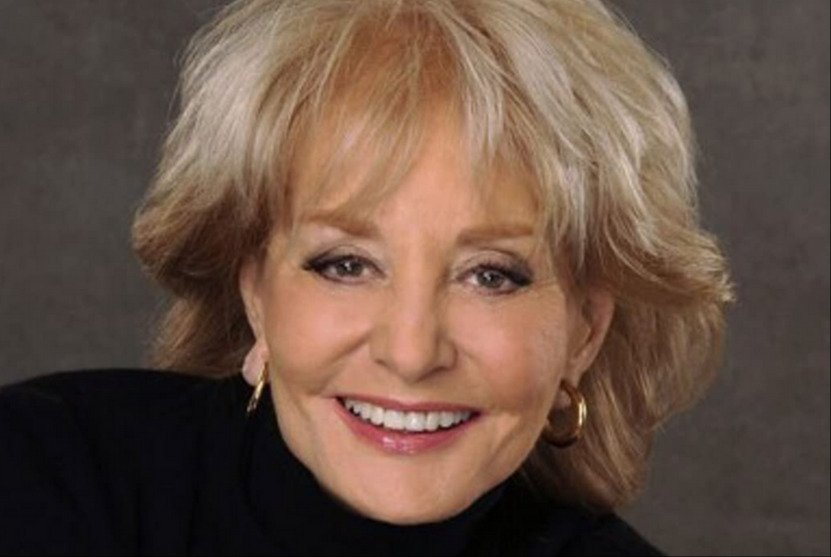 If you can believe it talk-show host and producer Barbara Walters has been married four times to three different men. But it's her relationship with Merv Adelson that resulted in the couple adopting their daughter, Jacqueline Guber, in 1968. The couple was married from 1981 to 1984 and again from 1988 to 1992. 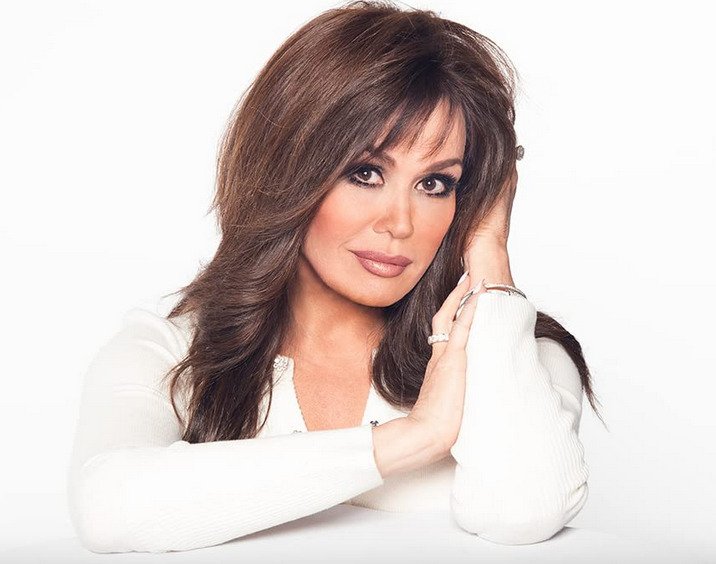 In 1982 Marie Osmond married pro basketball player Steve Craig in a lavish ceremony that had 4000 guests in attendance. Two years later, they had their son. But in 1985, the marriage was in trouble, and the couple divorced.

Osmond went on to marry Brian Blosil. However, that didn't work, and she vowed to never marry again. She then reconnected with Craig through their son, and they decided to remarry in 2011, just a few months before their son's wedding. Aww! 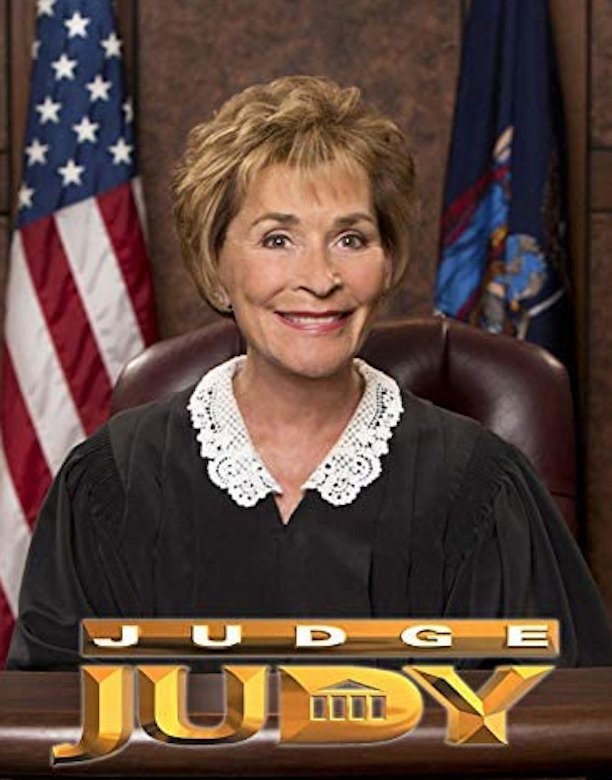 Judge Judy, as she's affectionately known on TV, married her husband Jerry Sheindlin in 1977. The couple stayed together until 1990 and briefly divorced, only to remarry in 1991. They have five children and twelve grandchildren. Oh my!

American writer, lawyer, actor, comedian, and commentator on political and economic issues Ben Stein married his wife Alexandra Denma twice. The first time the couple tied the knot was in 1968 and they remained together until 1974. Then, they re-married in 1977 and adopted their son, Tommy, in 1987.

American singer, television host, and former Goodwill Ambassador Dionne Warwick married actor and drummer William Elliot in 1966. They divorced only a year later. Then the couple reconciled and remarried in Milan, Italy, in August 1967. Their sons, David and Damon Elliott were born in 1969 and 1973. 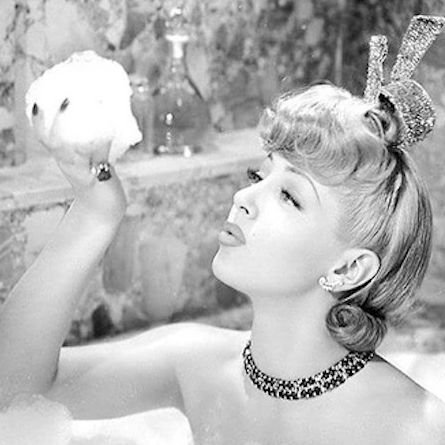 Pin-up model and a film actress Lana Turner found love with Joseph Stephen Crane. They got married in 1942 and divorced shortly after in 1943, only to remarry later that same year. Sadly, their second try didn't last that long either. In fact, Turner was married eight times, and each marriage lasted less than five years. 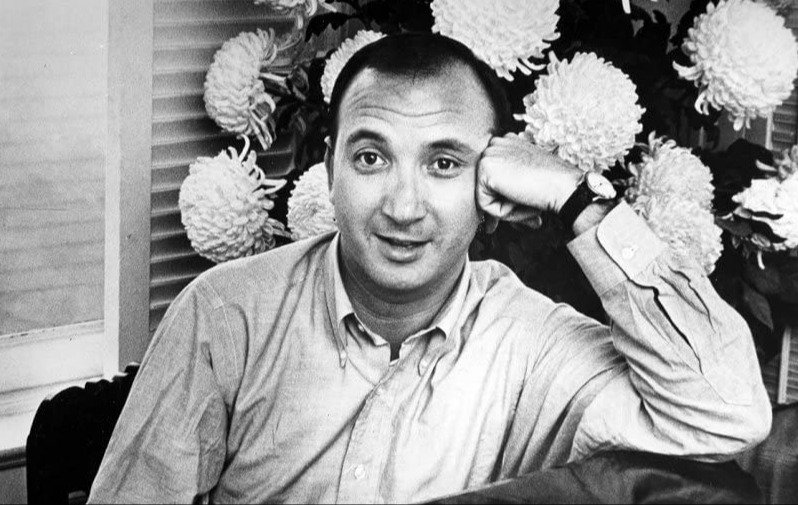 If you can believe it, playwright and screenwriter Neil Simon has been married a total of five times. He married his wife Diana Lander for the first time in 1987. They divorced in 1988 and then got remarried in 1990. They stayed married until 1998, and Simon adopted Lander's daughter, Bryn, from a previous relationship.

Crocodile Dundee actor Paul Hogan first married Noelene Edwards in 1958. The couple stayed married until their divorce in 1981. However, they remarried less than a year later and remained together until 1990. After that, Hogan married fellow Crocodile Dundee costar Linda Kozlowski, and that marriage lasted until 2013.

Comedian David Adkins, known better as Sinbad, married his long-time love Meredith in 1985. Life on the road proved harder than the couple though, and they sadly divorced in 1992. Then, 10 years later, Sinbad was ready to be a better husband, and the couple remarried in 2002. They have two children together.

Natalie Wood first laid eyes on Robert Wagner when she was just 10-years-old. She was walking with her mom when she spotted Wagner in the hall at 20 Century Fox. She then said to her mom, "I’m going to marry him," and that she did years later.

The couple got set up on a Hollywood date by their studio and sparks flew. They got married a year later. Then they separated in 1961 and divorced the following year. Wood remarried Wagner in 1972, within three months of her second divorce. They stayed together until Wood's mysterious death on a boat trip in 1981. 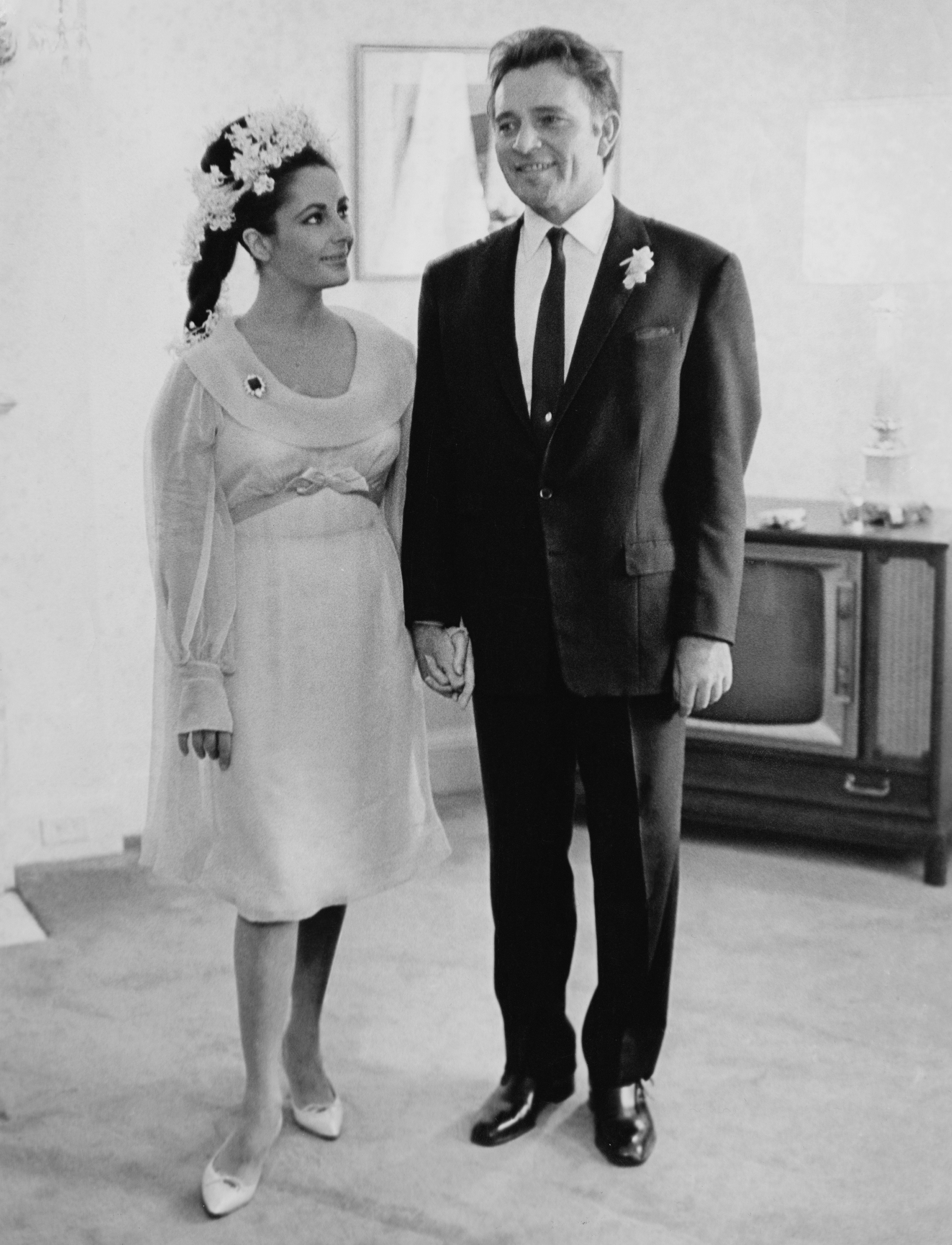 One of the 20th century’s most iconic power couples was Elizabeth Taylor and Richard Burton. These two made a whooping 11 films together. The first time these two saw each other was in 1953 at a party but they didn't work together until they starred in the movie Cleopatra.

They started their torrid affair while they were both married to other people. The couple eventually married and stayed together from 1964 to 1974. After divorcing they later remarried in 1975 and divorced again in 1976. 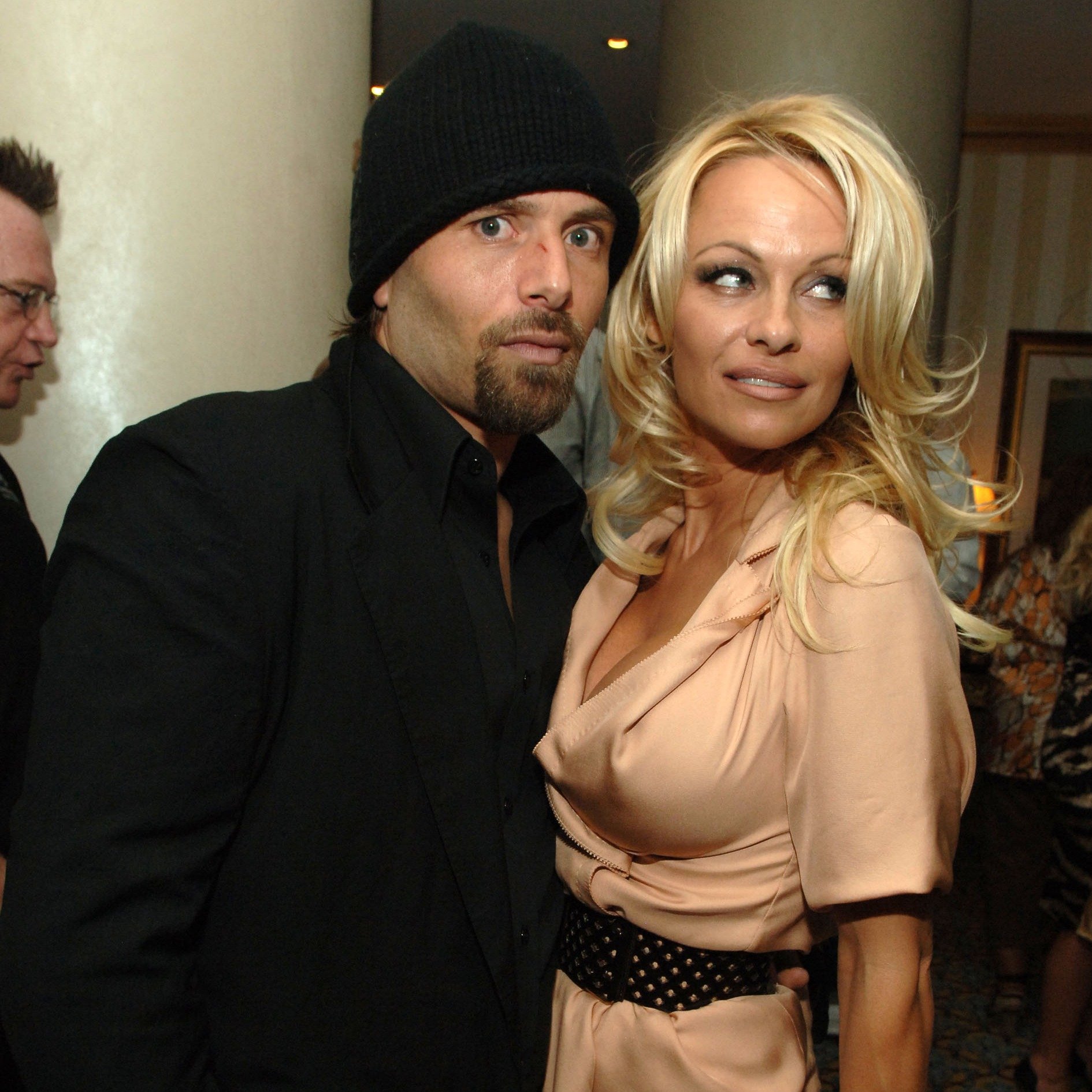 Pamela Anderson married Rick Salomon in 2007, but they divorced in 2008. Then, the couple remarried in 2014, but Anderson asked for a divorce that same year, and then she asked the judge to toss out her request. Finally, in February 2015, she filed for divorce for the third time. Wow!

Wow, those are some love stories, huh? 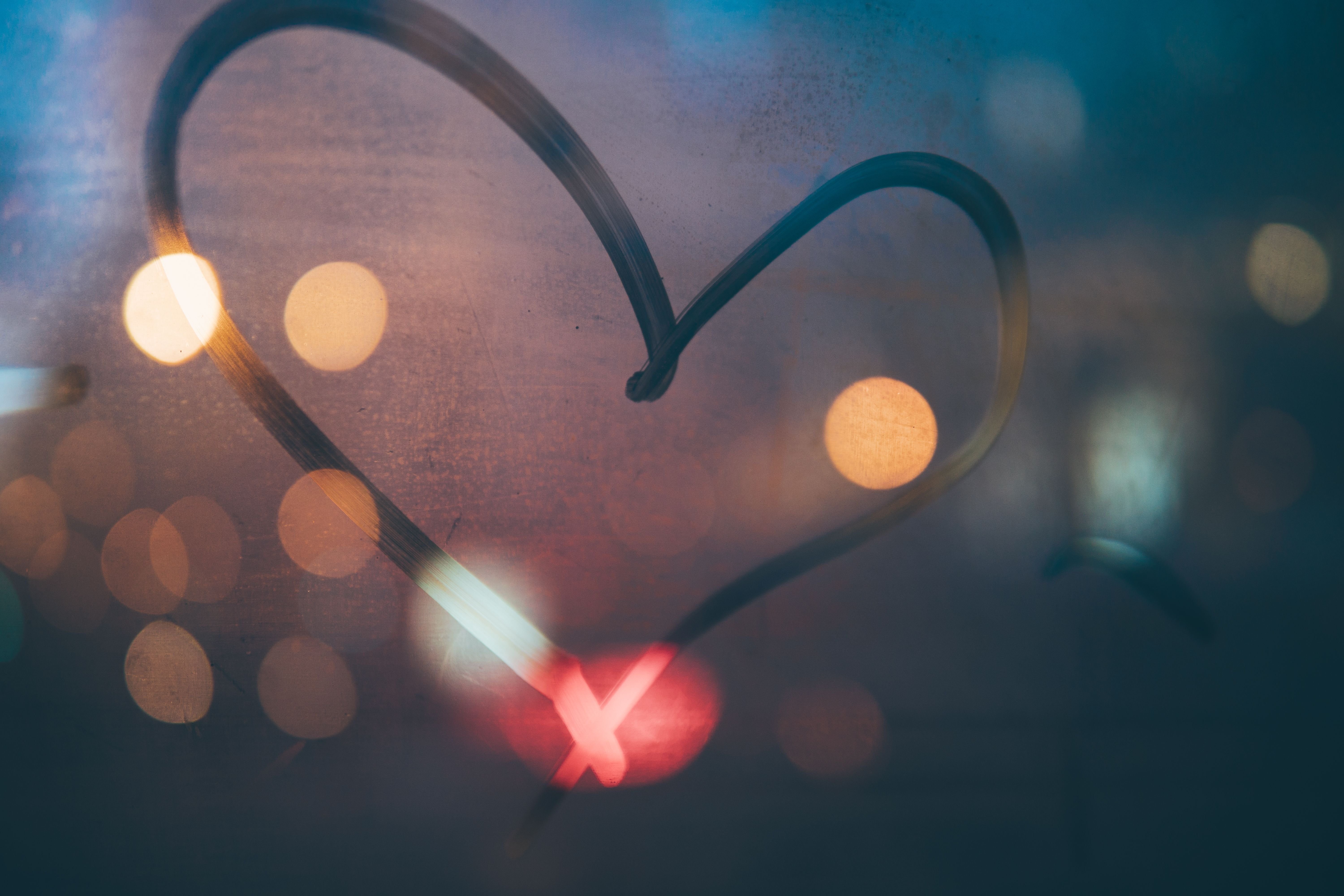 It's hard to make a marriage work the first time around. Don't you think so? But to be able to rekindle your love again with the same person is definitely something. For some of these celebrities, the second chance proved successful, and for the others, not so much. Which love story surprised you the most? 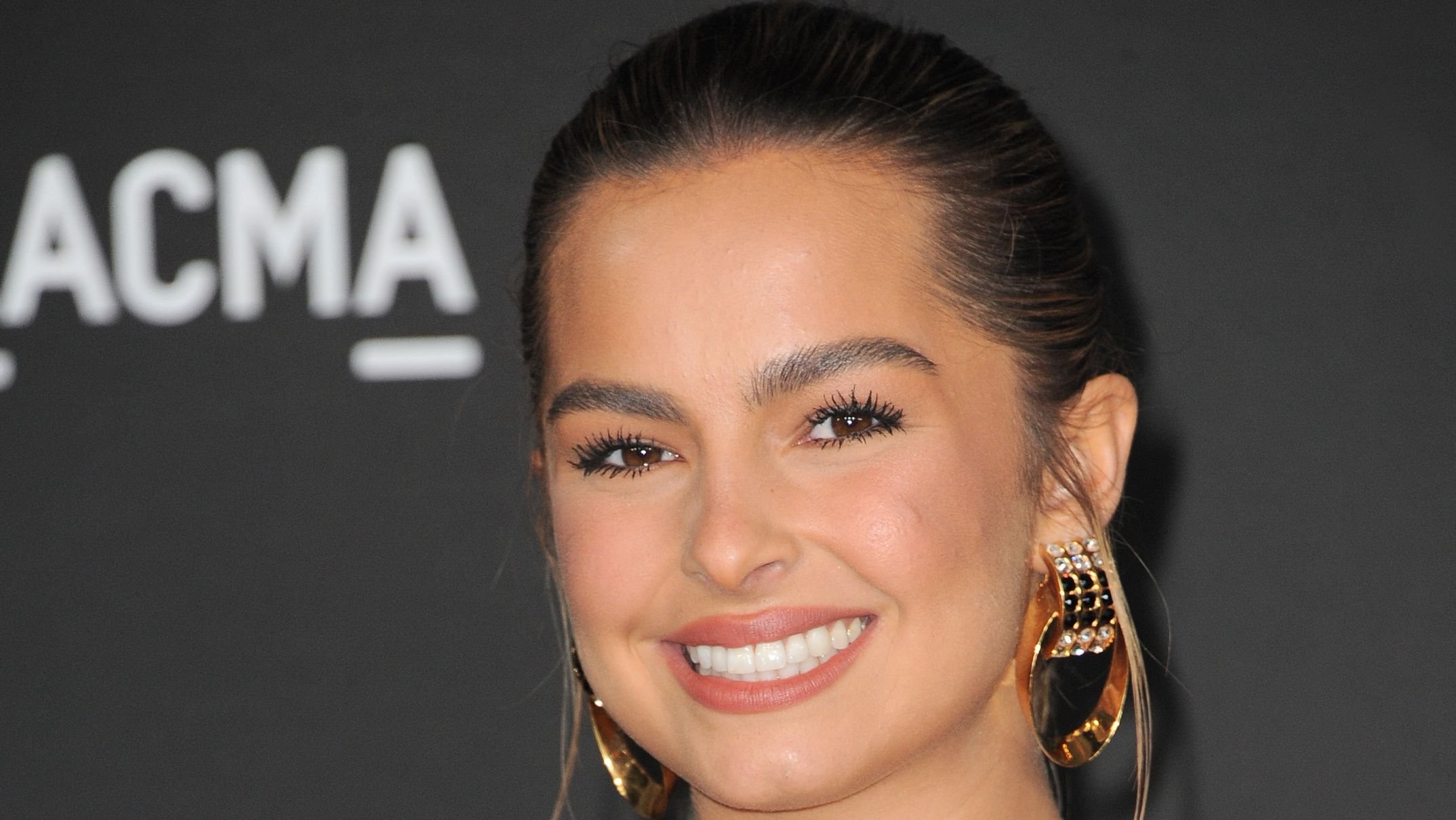 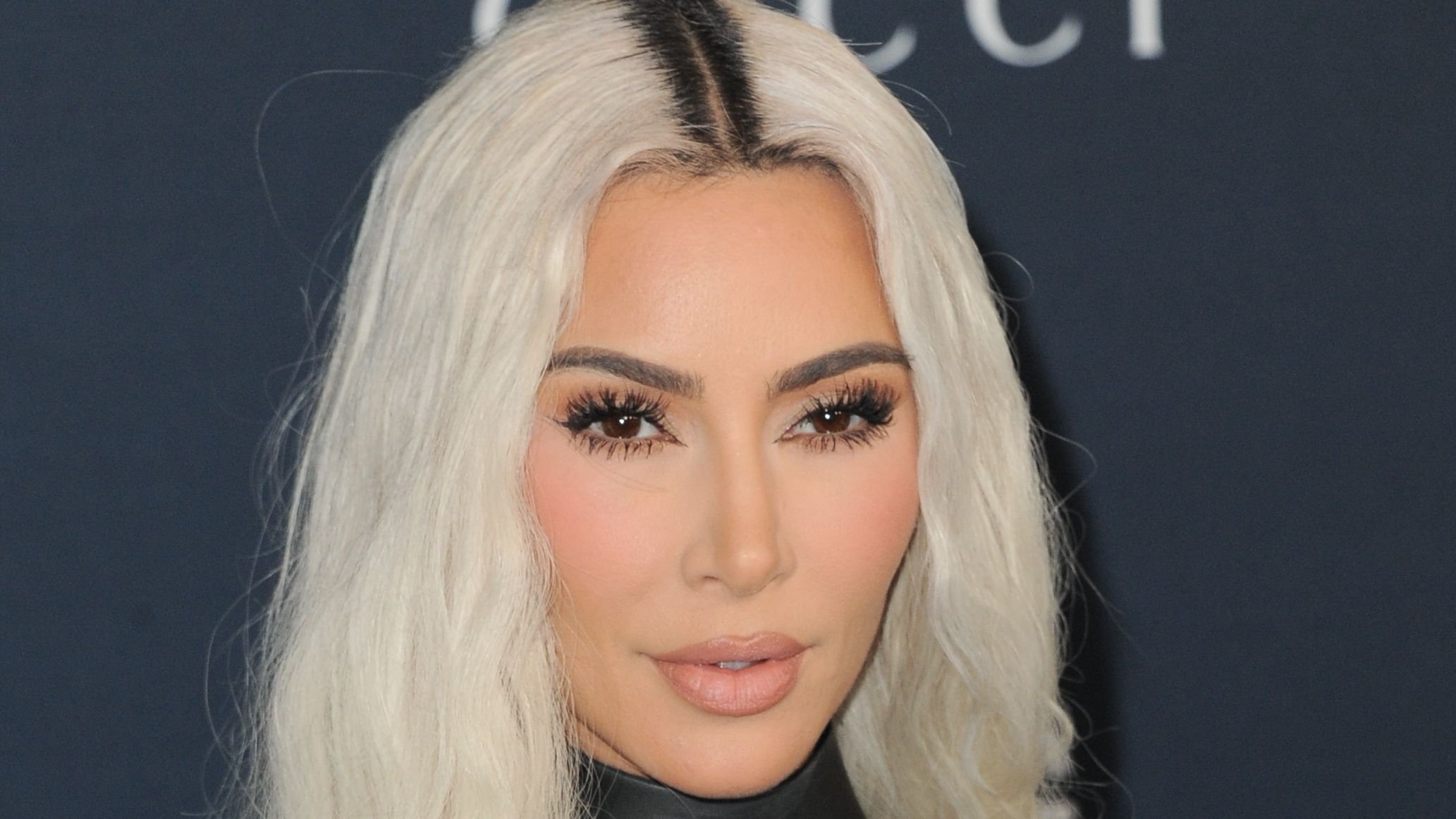