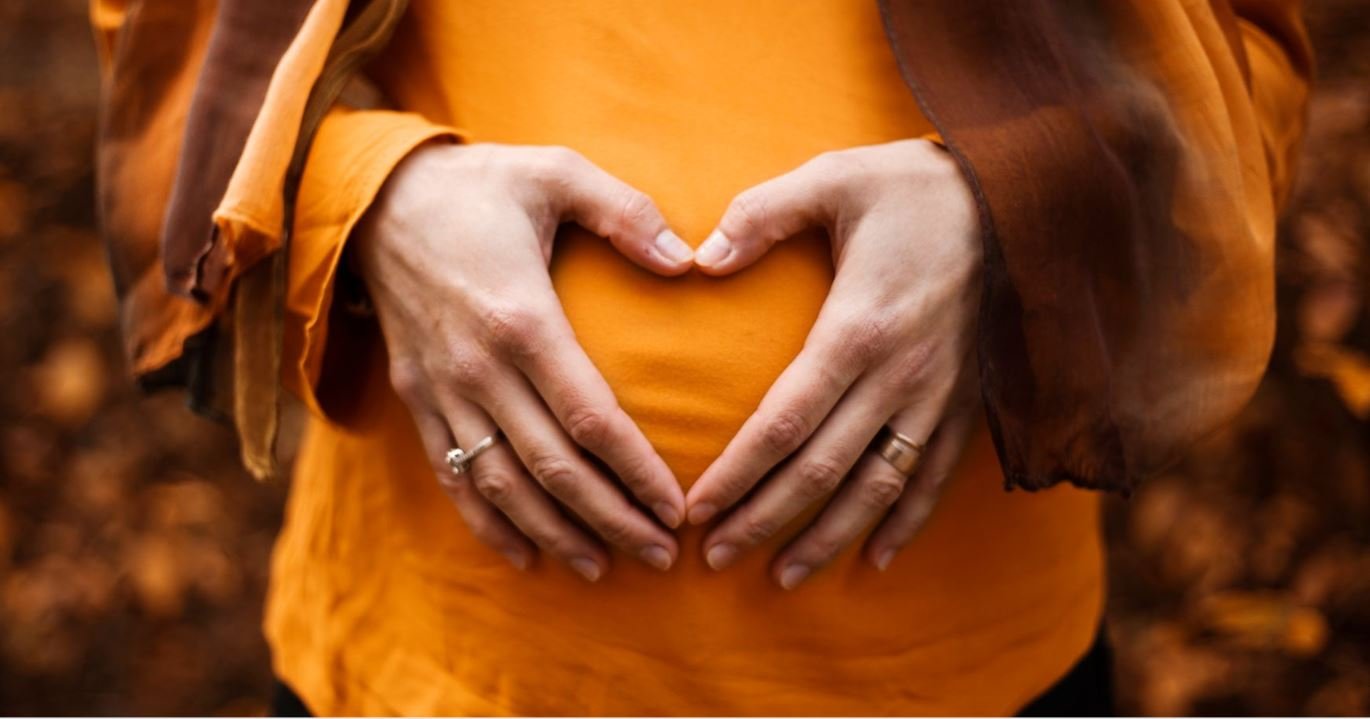 8+ Pregnant Women Who Got The Internet's Attention And Went Viral

The moms in this article had no idea that internet fame would soon be theirs when they shared their experiences online. However, thanks to their honesty and incredible stories, it didn't take long for the internet to take notice and start talking.

Alysia Montaño is an American Olympic track and field athlete who gained world-wide attention in 2014 when she competed while eight months pregnant. She is currently expecting her third child and still running.

Kristyn Dingman went viral when she shared the negative comments people directed at her postpartum body. In response to the trolls who called her body "nasty", Kristyn reminded her followers to rise above the negativity.

3. The Mom Who Battled Cancer 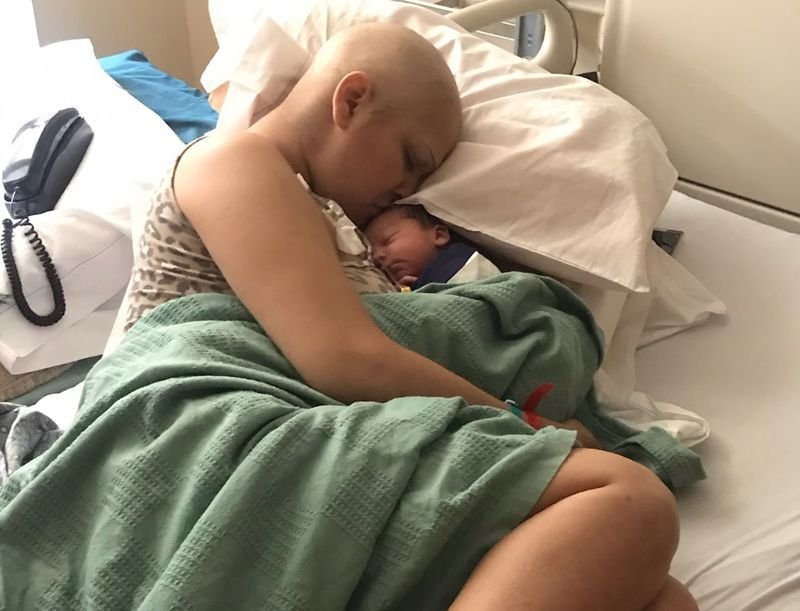 Jade Devis discovered she had an aggressive form of breast cancer during her first trimester. With the help of a team of doctors, Jade was able to undergo treatment and give birth to a healthy baby boy.

Since giving birth to her first child, many have applauded Meghan Markle for fearlessly showing off her postpartum body and discussing the vulnerability of being a new mom. 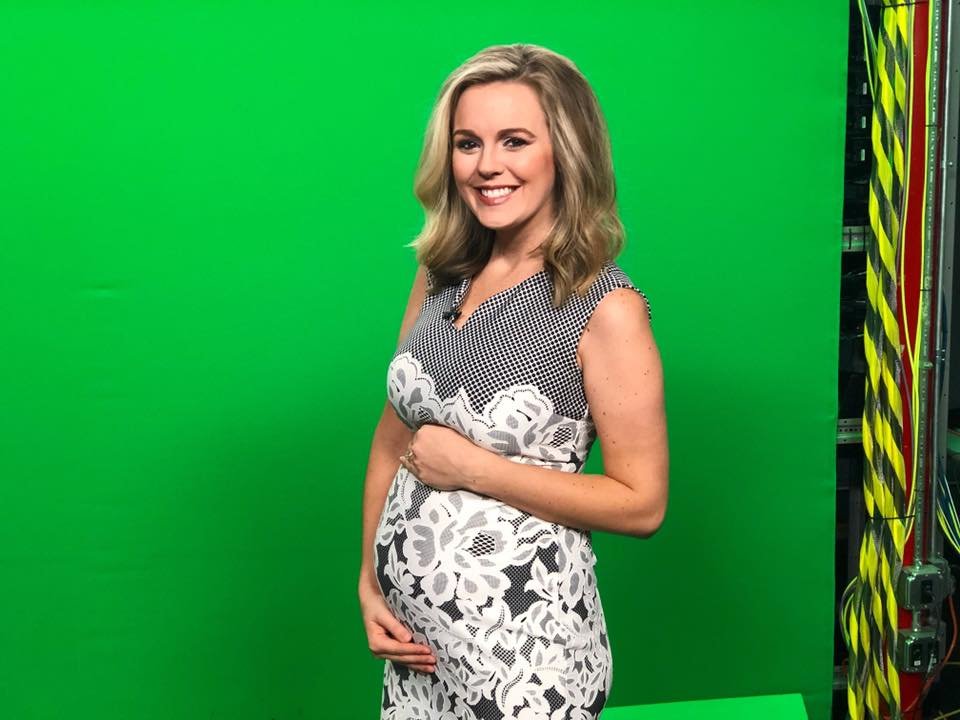 Meteorologist Morgan Kolkmeyer didn't hold back when a viewer called her maternity dress "trashy." She posted the viewer's comment and her response on Facebook for the world to see.

6. The Mom Of Quadruplets 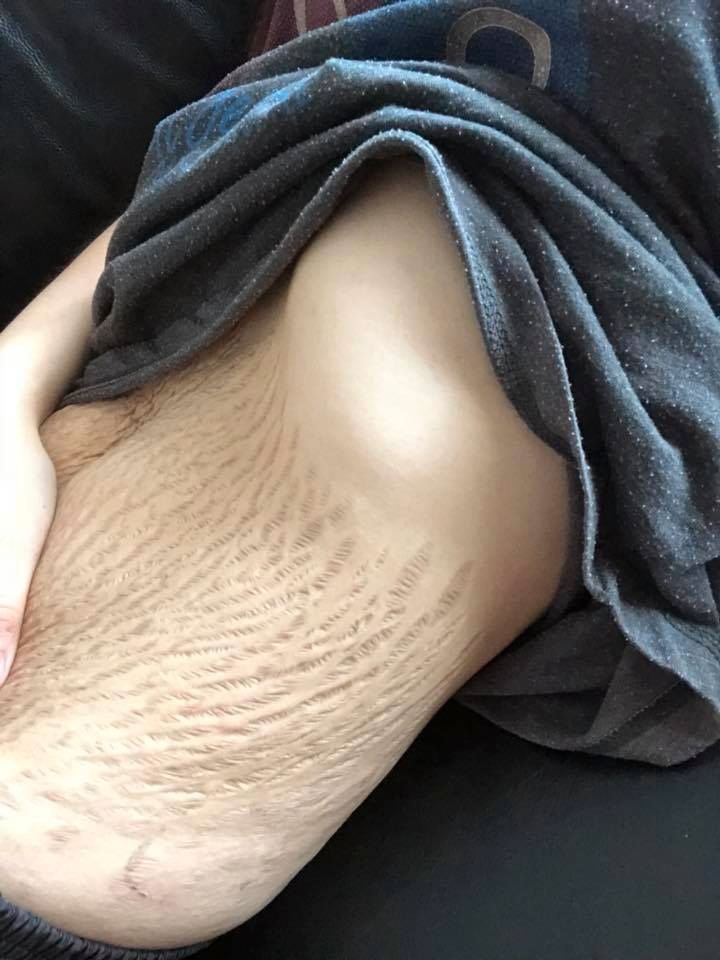 When Doreen Ching shared photos of her stretch marks after giving birth to quadruplets, some people commented saying her body made them want to "vomit." Her brave post and response showed people what real body positivity looks like.

7. The Mom Who Finally Had A Girl

After giving birth to 10 sons over the years, Alexis Brett finally got to say, "It's a girl" in 2019 when she gave birth to her first daughter. Congrats!

8. The Mom Who Schooled Us On C-Sections

Olivia White shared her graphic post C-section selfie with the intention of tearing down the myth that C-sections are taking the "easy way out." Her post helped other C-section moms feel validated about their birth experiences.

9. The Mom Who Danced During Labor

Popular YouTube stars The Bay Family shared this hilarious video taken while they were in the labor and delivery room. Nothing helps with contractions like busting a move.

Professional makeup artist Alaha Majid shared photos of herself doing her makeup while she was in labor with her daughter. I'm sure her birth photos looked glam! 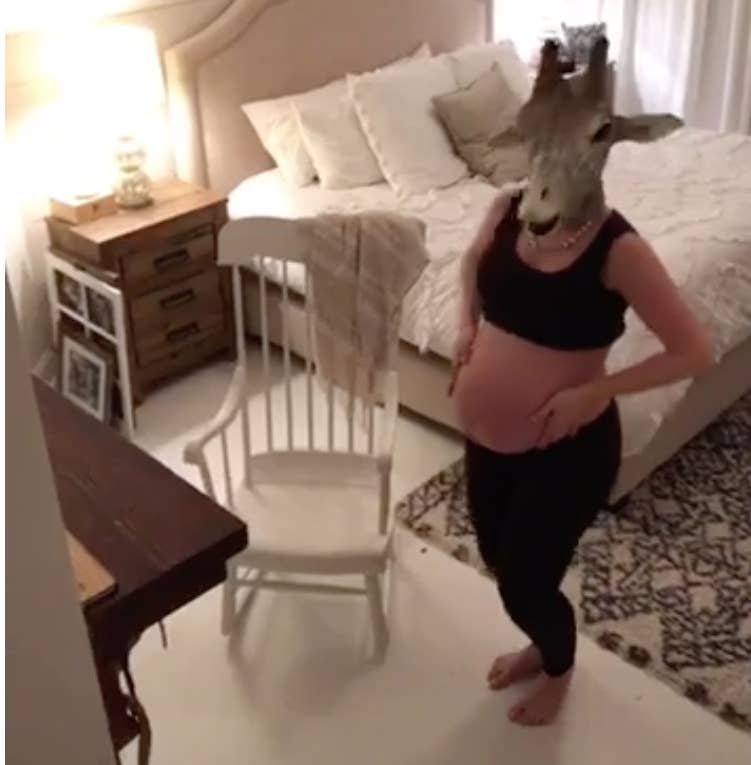 Do you remember April the giraffe? The world was eagerly waiting for April to give birth to her baby and watching the event unfold through the zoo's live-stream of her enclosure.

Pregnant mom Erin Dietrich decided to parody the giraffe with the help of this hilarious mask. 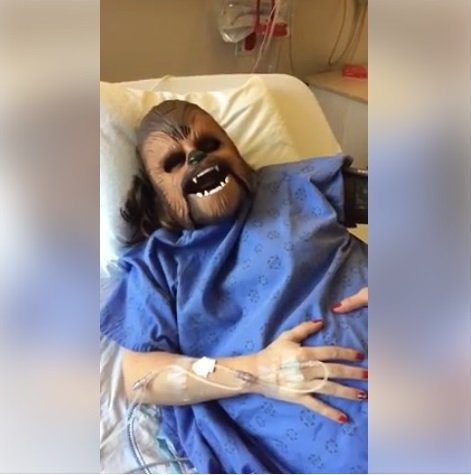 One mom decided to wear this super realistic Chewbacca mask during her labor, and the result was both funny and slightly terrifying.

13. The Mom Who Was Expecting A Girl

Lauren Jolly Thomas was pregnant with her third child and was told that she would be having another girl. When her son was born, her shocked face said it all. 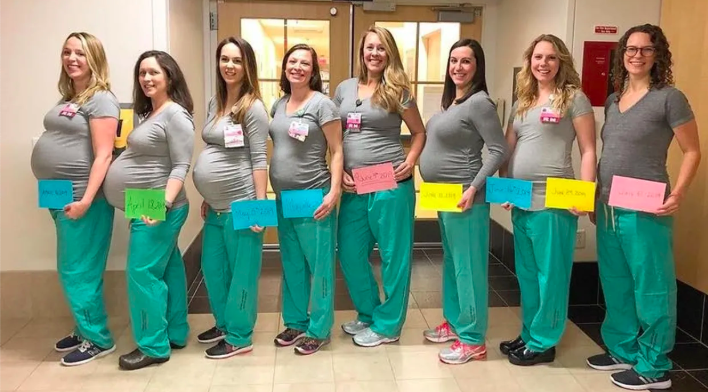 These labor and delivery nurses from Maine were all expecting their babies at the same time and posed for an epic photo taken at their workplace.

In case you were wondering, here's the follow-up photo.

After giving birth, all the nurses got their babies together for an equally cute photo. Congrats to these amazing nurses and moms!

16. The Mom Who Showed Us How Our Bones Work 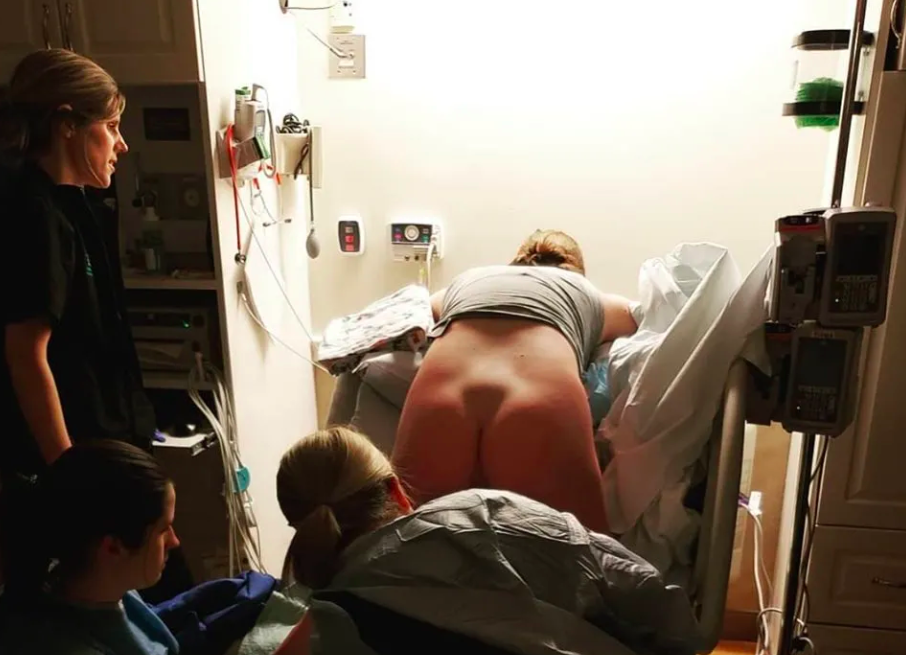 This rare photo of a mother giving birth provides a glimpse into how a woman's bones shift during the process. That triangular bump near the base of her spine is actually a bone moving to make room for the baby.

This mom couldn't help but dance once those contractions started kicking in. She even recruited hospital staff to help her break it down while they waited for the baby.

Tired of seeing cute and perfect letterboard maternity photos, this hilarious mom decided to spell out how she really felt about pregnancy. LOL!

Emily Skye is an internationally famous fitness influencer who gave birth to her first baby in 2017.

She honestly documented her prenatal and postpartum body to remind moms that every body changes but the important thing is to focus on your health.

Ali Wong has filmed not one, but two stand-up specials for Netflix while she was pregnant with her daughters. The specials launched her career and she made history as one of the first pregnant stand-up comics. 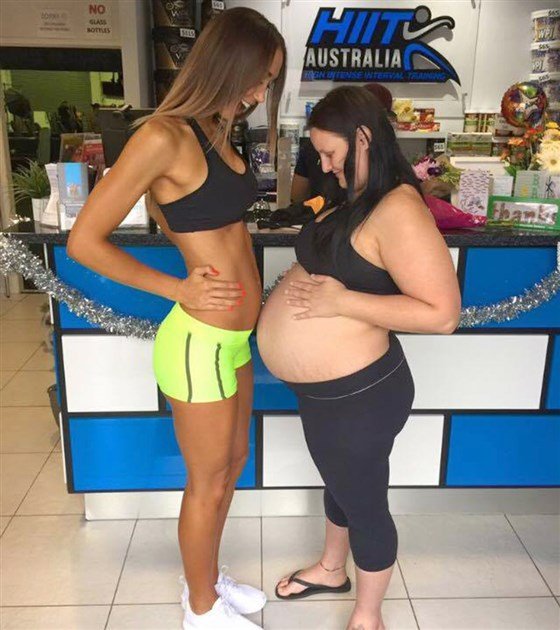 Natalie Smith and Chontel Duncan went viral when the pregnant moms showed off their baby bumps in this comparison photo.

Both women were only a few weeks apart in their pregnancies, but their photo proved that not every pregnancy looks the same.

21. The Mom Who Took Her Bump To The Zoo 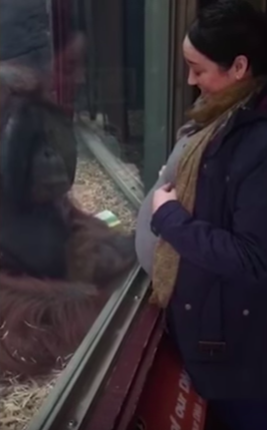 When this mom visited an orangutan at a zoo, the gentle ape showed an immediate interest in her baby bump. At one point, it even kissed her bump through the glass. Awww!

22. The Mom Who Had A Roaring Good Pregnancy Announcement 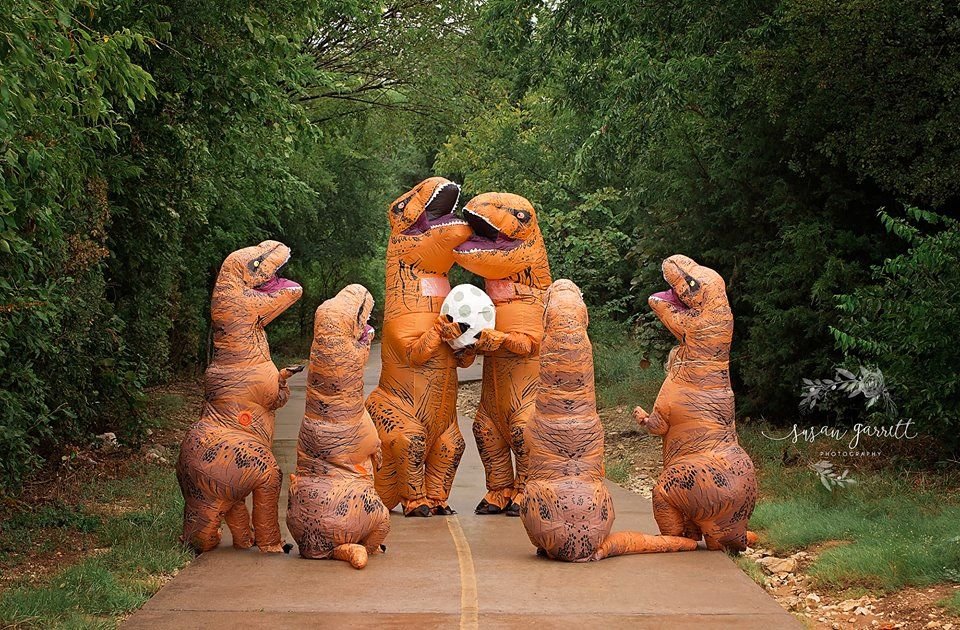 This entire family wore inflatable dinosaur costumes for a pregnancy announcement to announce that another baby was hatching soon!

23. The Mom Who Took These Photos Nine Months Apart

Brenda from the popular Instagram account @she_plusfive shared these incredible before and after photos following the birth of her fifth baby.

During her pregnancy in 2019, Amy Schumer brought the condition hyperemesis gravidarum into the mainstream. The condition causes severe nausea and in Amy's case, she was hospitalized.

Even though Amy struggled with the condition, the internet applauded her honesty.

Amy posted a number of updates to her followers on Instagram and also used her viral fame to speak to the issue of women's health in America. Way to go, Amy!

24. The Mom Who Waited For Her Babies 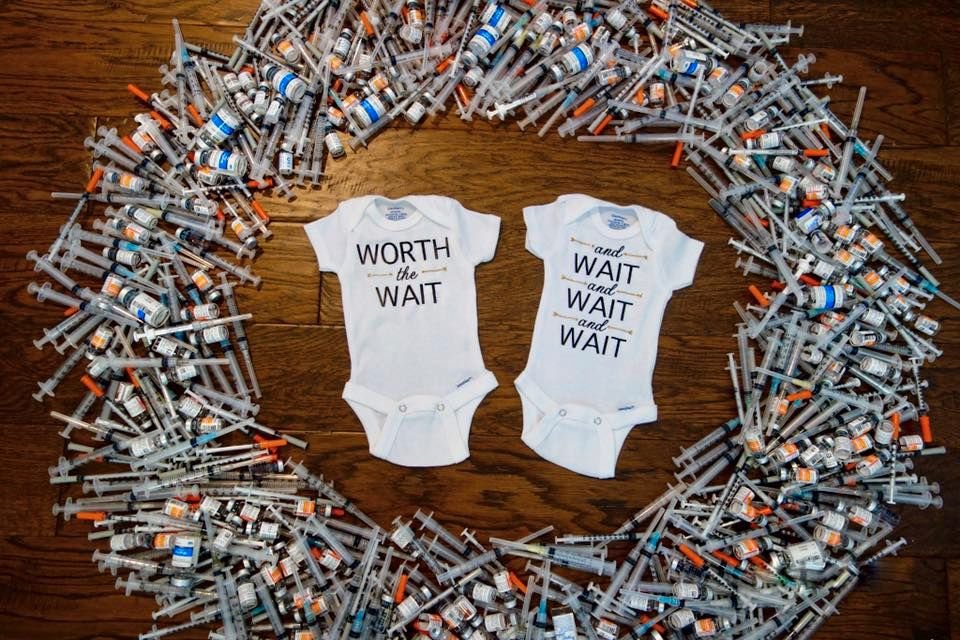 After struggling with infertility, Lauren Walker finally got to share the news she was waiting for: she was pregnant with twins. To announce the news, she took to Facebook with a striking image featuring syringes from her fertility treatments.

25. The Mom Who Used Her Nails For A Gender Reveal 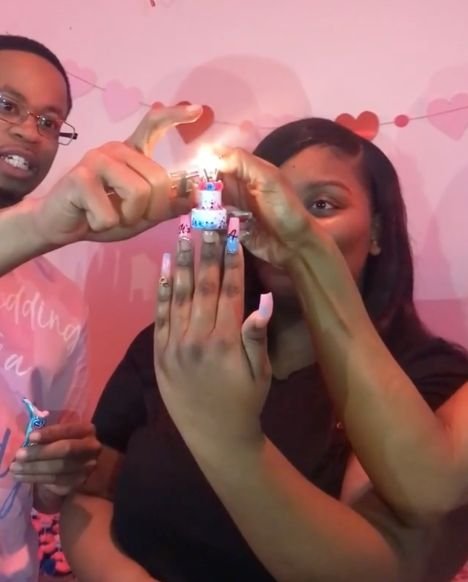 One nail artist mom knew she couldn't just have any old gender reveal party. That's why she made a custom manicure that you could actually light on fire to find out the baby's gender. The answer? It's a boy!

When Jessica Simpson celebrated the upcoming arrival of her third child, she did so with a stunning baby shower that literally broke the internet.

On the less glamorous side of things, Jessica also kept it real by revealing she accidentally broke a toilet in her home. Yikes!

During her pregnancy, Jessica dealt with reflux, swollen feet, and bronchitis. Still, she was able to see the humor in it all.

27. The Mom Who Gave Birth In The Hallway 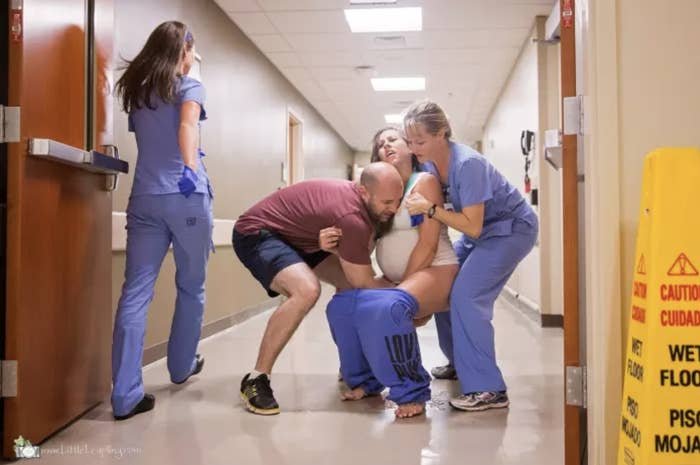 Jes Hogan's sixth child couldn't wait to get to the delivery room. Her baby boy was born in the hospital hallway and photographer Tammy Karin was able to capture the intense moments leading up to his arrival.

Maria Jorstad from Copenhagen, Denmark discovered she had naturally conceived triplets. She began documenting her pregnancy and postpartum life on Instagram.

Many have praised Maria for sharing how much her body has changed since pregnancy and giving birth.

It's not easy to talk about these issues, let alone share the images with strangers online, but Maria has started an important discussion about moms' bodies.