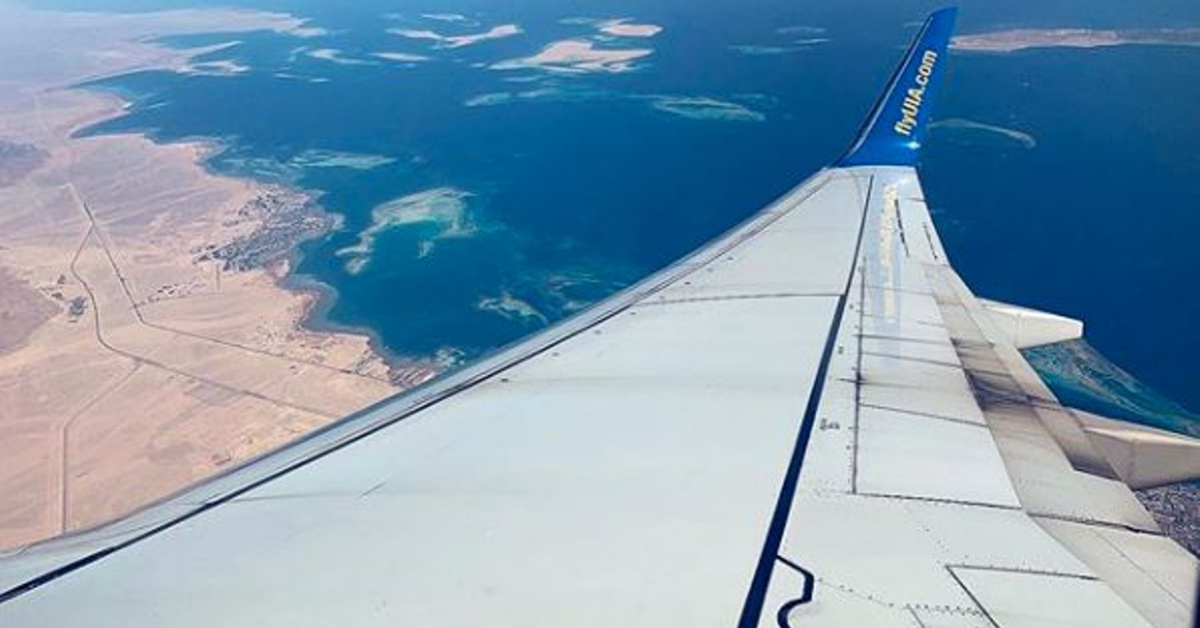 Going on holiday should be relaxing, enjoyable, and perfectly acceptable to drink as early as you want in the day. However, for some less than sharp people, holidays are simply a source of irritation and confusion. And if you don't believe me, then here are 18+ travel complaints from folks who aren't the brightest in the bunch which will really leave you scratching your head.

The following genuine complaints have been gathered from a report of Thomas Cook vacation surveys (prior to the company's bankruptcy), Reddit surveys, and trawling through the world of Yelp and Tripadvisor one-star reviews. And, if you haven't gone through the one-star reviews on such websites, then you really haven't lived!

"No one told us there would be fish in the water. The children were scared." 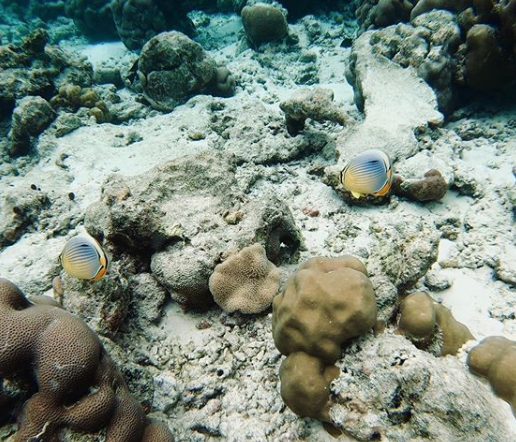 This makes zero sense unless the context for it is that the hotel had been putting sharks in the swimming pool without warning.

"There were too many Spanish people there. The receptionist spoke Spanish, the food was Spanish. No one told us that there would be so many foreigners." 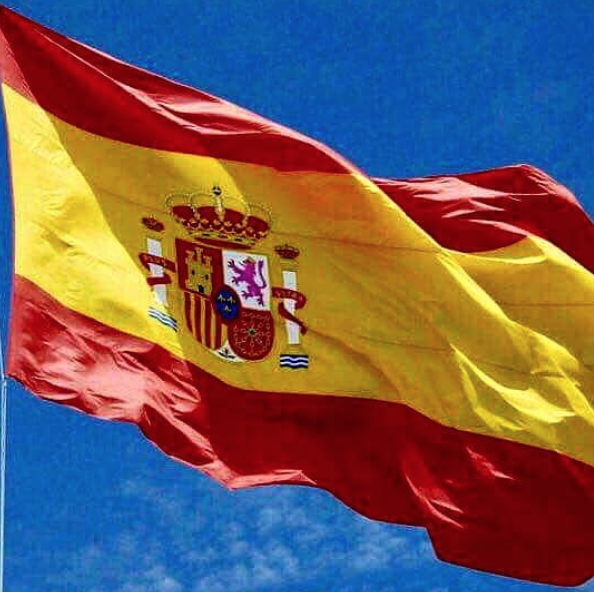 This is a remarkably common complaint. Everywhere on Trip-Advisor, Yelp, and Reddit's various threads about people being the worst tourists ever, there are people always complaining about other nationalities speaking their national language in their own countries.

Truly, we live in an enlightened and tolerant time.

"We could not enjoy the tour as our guide was too ugly."

And the award for the most unnecessarily offensive thing ever to be put on Trip Advisor goes to...

"We booked an excursion to a water park but no-one told us we had to bring our swimming costumes and towels." 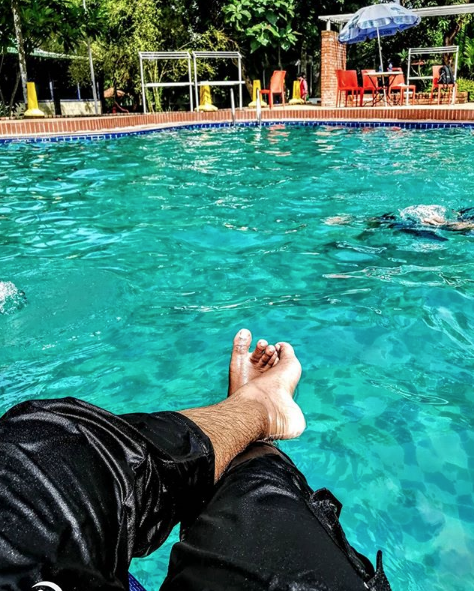 You mean it wasn't one of those water parks with a communal swim-wear and towel room? What a bummer, they're always so hygienic.

"Unless you find big caves and rocks overwhelmingly fascinating, skip this." 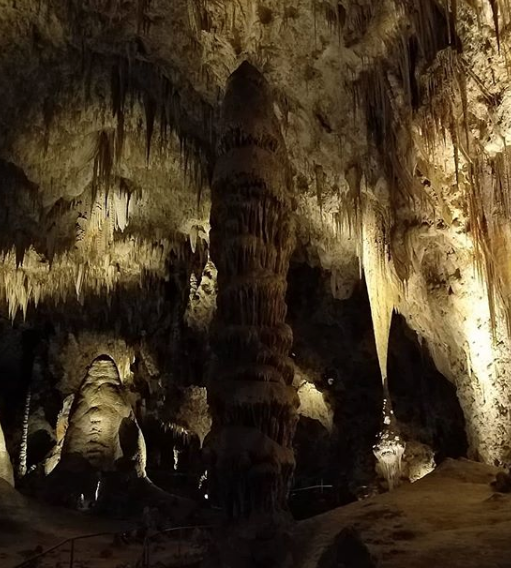 This is an actual review for Carlsbad Cavern National Park. So, you know, make sure you're into rocks'n'stuff before going here.

"The beach was too sandy. We had to clean everything when we returned to our room."

Everything? What were you doing, licking all of your possessions and then rolling them around on the floor?

This One-Star Review That Was Actually Used To Advertise The Mountain As Being Notoriously Difficult! 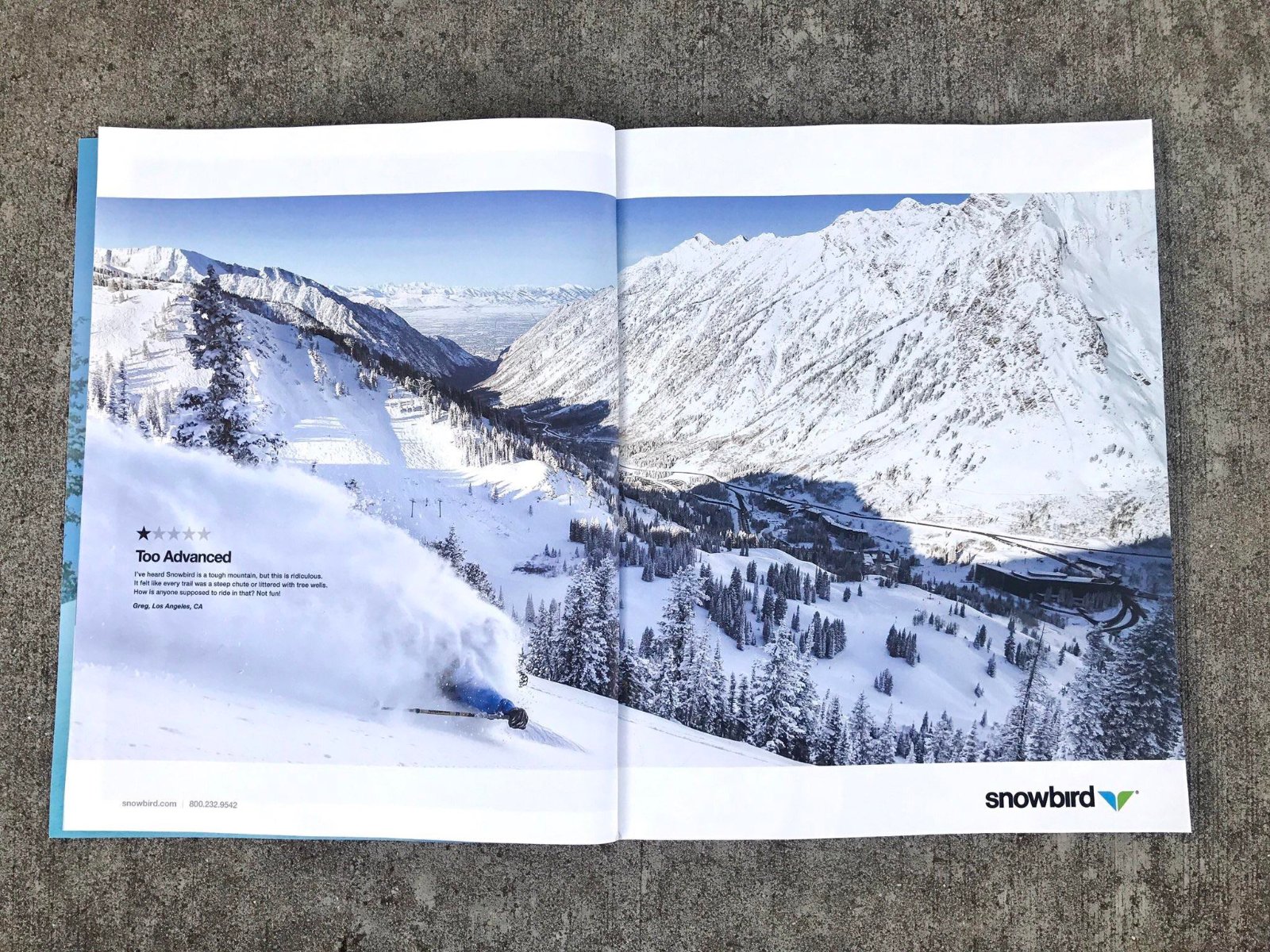 The review read: "I've heard Snowbird is a tough mountain, but this is ridiculous. It felt like every trail was a steep chute or littered with tree wells. How is anyone supposed to ride in that? Not fun!"

I'm sure Greg from Los Angeles was elated to see his glowing review featured as the mountain's advertising campaign basically calling him out for not being good at skiing.

"Its just a statue in the middle of the water, not as big as we thought." - 1/5 Stars, The Statue Of Liberty. 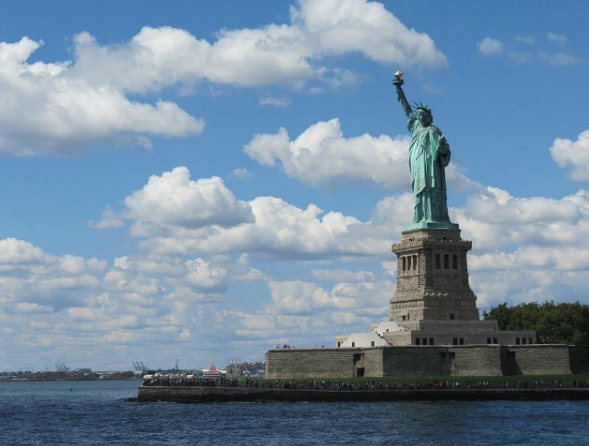 Well, what did you really expect?

"Do you like Brown concrete? If you like brown concrete with Dim lighting, you're in for a treat. Life is too short - do something else." 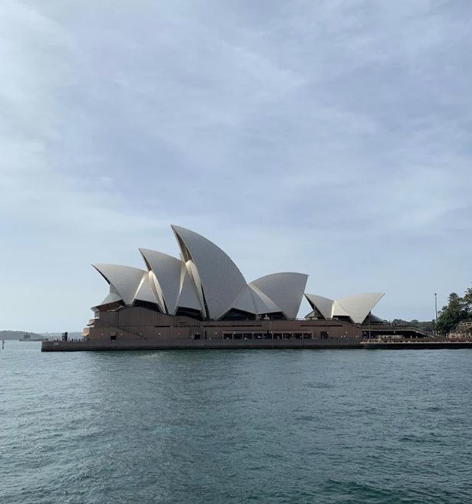 This wonderfully detailed 1-star review of the Sydney Opera House really captures the whole experience. You know, the bricks, the dim lighting, all of it! 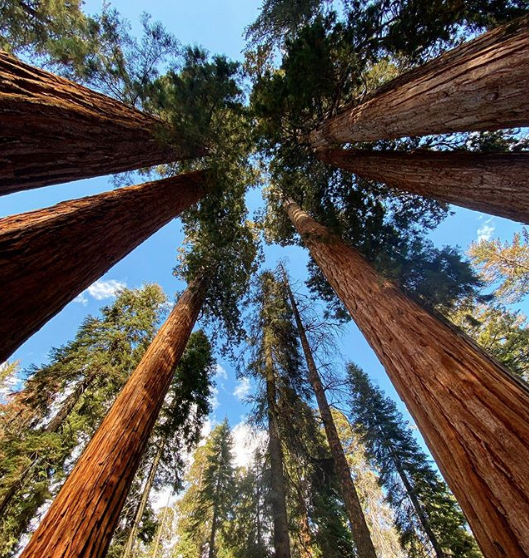 You have been warned, Sequoia National Park has bugs and stuff which will bite you on your face.

I mean, yeah, there's some pretty sick trees like but it's not worth the bugs and stuff. If anything, the "stuff" is more annoying than the bugs, it's just everywhere. 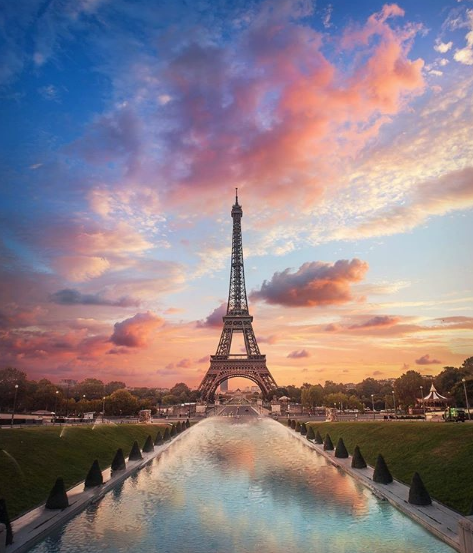 Yes, one very irate woman gave the Eiffel Tower in Paris a one-star scathing review on Tripadvisor as "Just underneath the tower were a few snack bars! We had 5 hot dogs and 3 French Fries for €49! The bread was literally covered in tomato Ketchup and the sausage was like rubber!"

You're in Paris! if you can't think of anywhere to get nicer food than a cheap hot dog stand, then you're doing France wrong.

"I think it should be explained in the brochure that the local convenience store does not sell proper biscuits like custard creams or ginger nuts." 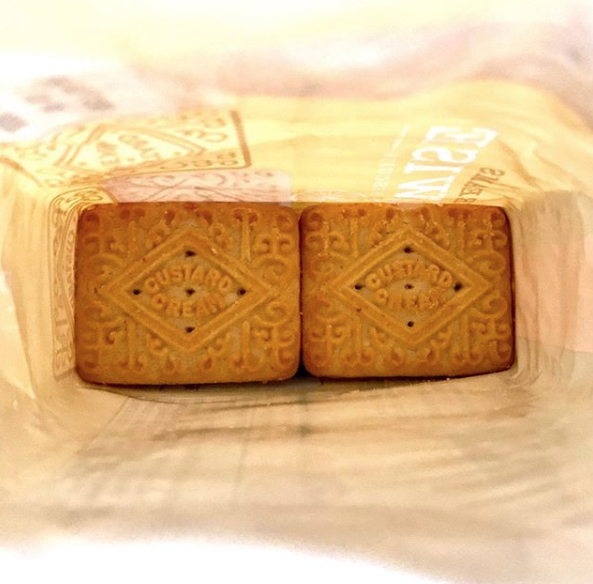 God Save The Queen starts playing.

The prize for the most British complaint on this list could not rightfully go to anyone else. 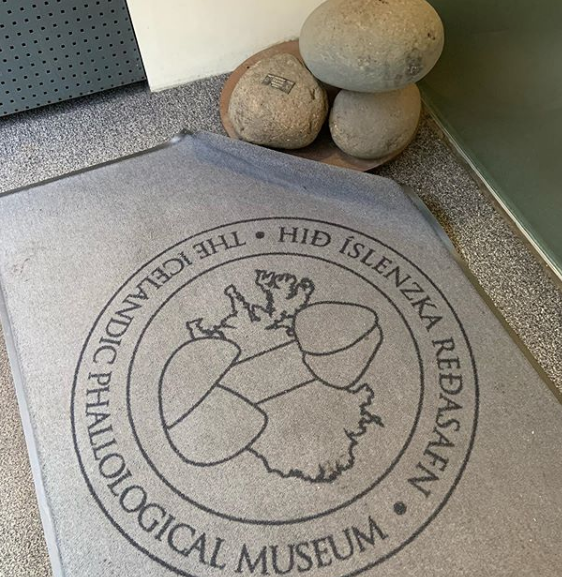 Their reasoning for such a terrible Tripadvisor review was as such: "Went to the Phallological thinking it would be a fun educational time. Unfortunately this was not so. It's very small, one room, of cut off penises on strong water. I really felt disappointed."

Okay, so I was at an impasse with this one, some people may agree that this man is within his right to be disappointed. However, if i read the name, Icelandic Phallological Museum and was then presented with a room full of cut off penises, all I'd be able to think would be, "Yeah, I got perfectly what I deserved here."

"The brochure stated: 'No hairdressers at the resort'. We're trainee hairdressers and we think they knew and made us wait longer for service." 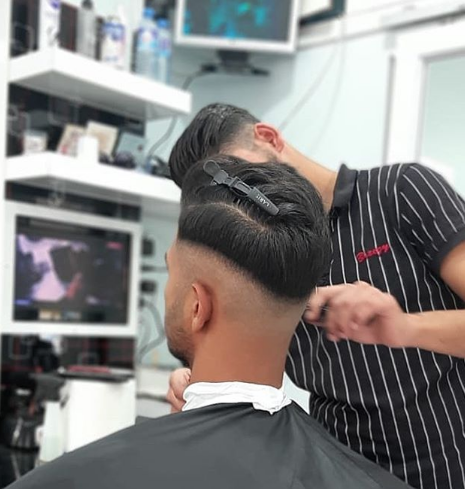 I like the idea that this is a resort just full of people who've been left with a terrible haircut by a hairdresser just one too many times, and their only payback was opening a resort that hairdressers weren't welcome at.

A remarkably specific form of payback.

"We had to line up outside to catch the boat and there was no air-conditioning."

How — and I can't believe I'm having to ask this question — do you think that boats work? I mean, I'm assuming that you don't have a quay inside the hotel's lobby?

"On my holiday to Goa in India, I was disgusted to find that almost every restaurant served curry. I don’t like spicy food." 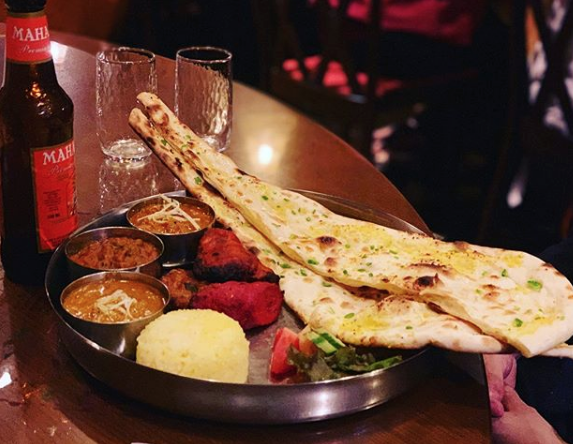 Look, I could be one of the worst people at handling spicy food, but just order a korma or something if you're as bad with spice as myself?

And yeah, I'm that guy who orders a korma, I already get rinsed for this by my mates so I am well prepared to get torn apart in the comments.

"I was bitten by a mosquito. The brochure did not mention mosquitoes."

That would be one hell of a comprehensive brochure right there. Does it also mention whether there is or isn't oxygen?

You're going on holiday, being bitten by something is a certainty!

"The ladies living in Russia were so beautiful that they totally crushed my self-esteem." 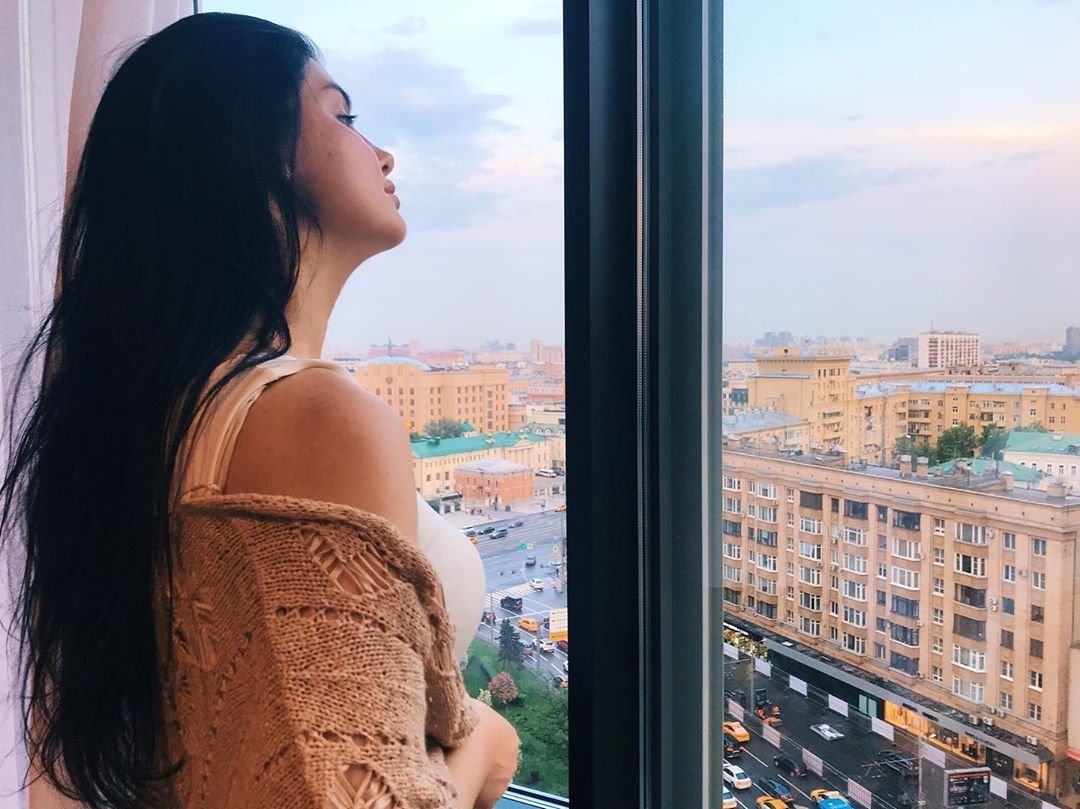 I promise that you don't have to travel all the way to Russia to experience something like this. People right here at home crush my self-esteem every day!

"There was no milk IN my tea. They brought me separate jug of it. Who does that?"

"The water tasted funny so I had to drink cocktails all week. Now I can't remember half my holiday." That sounds like a problem a lot of us would love to have.

"The restaurant said 'children eat free' but my 19-year-old daughter still got charged for her meal."

Darn it, that happens to me every time I try to get a cheap kid's ticket at the movie theatre.

"The Mona Lisa was too small." 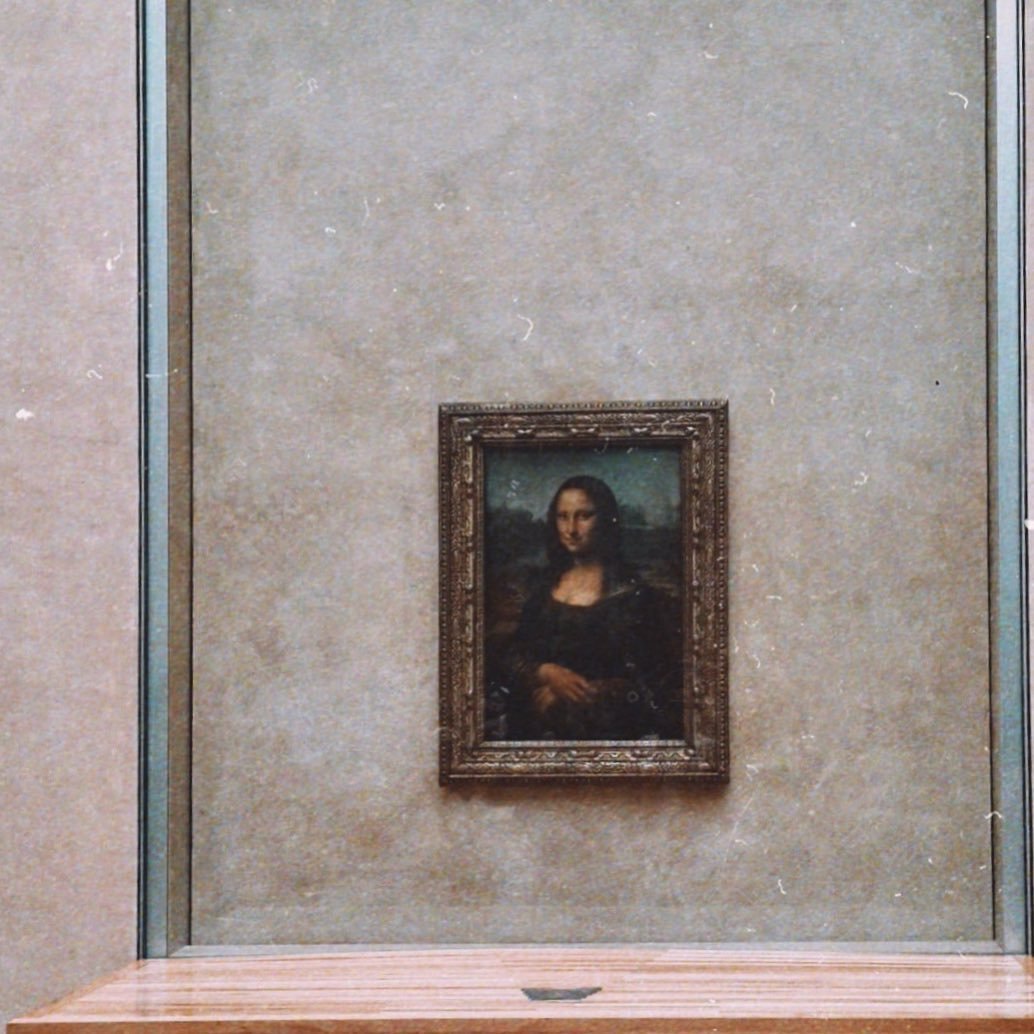 Okay, maybe this one's kinda fair, but shouldn't you like, research that kind of thing before you spend all that money just to go and see one painting?

"Spotting the visibly aroused elephant ruined my honeymoon in Thailand by making me feel inadequate."

That's...not a problem I can solve here buddy boy.

"We bought Ray-Ban sunglasses for €5 from a street trader, only to find out they were fake." 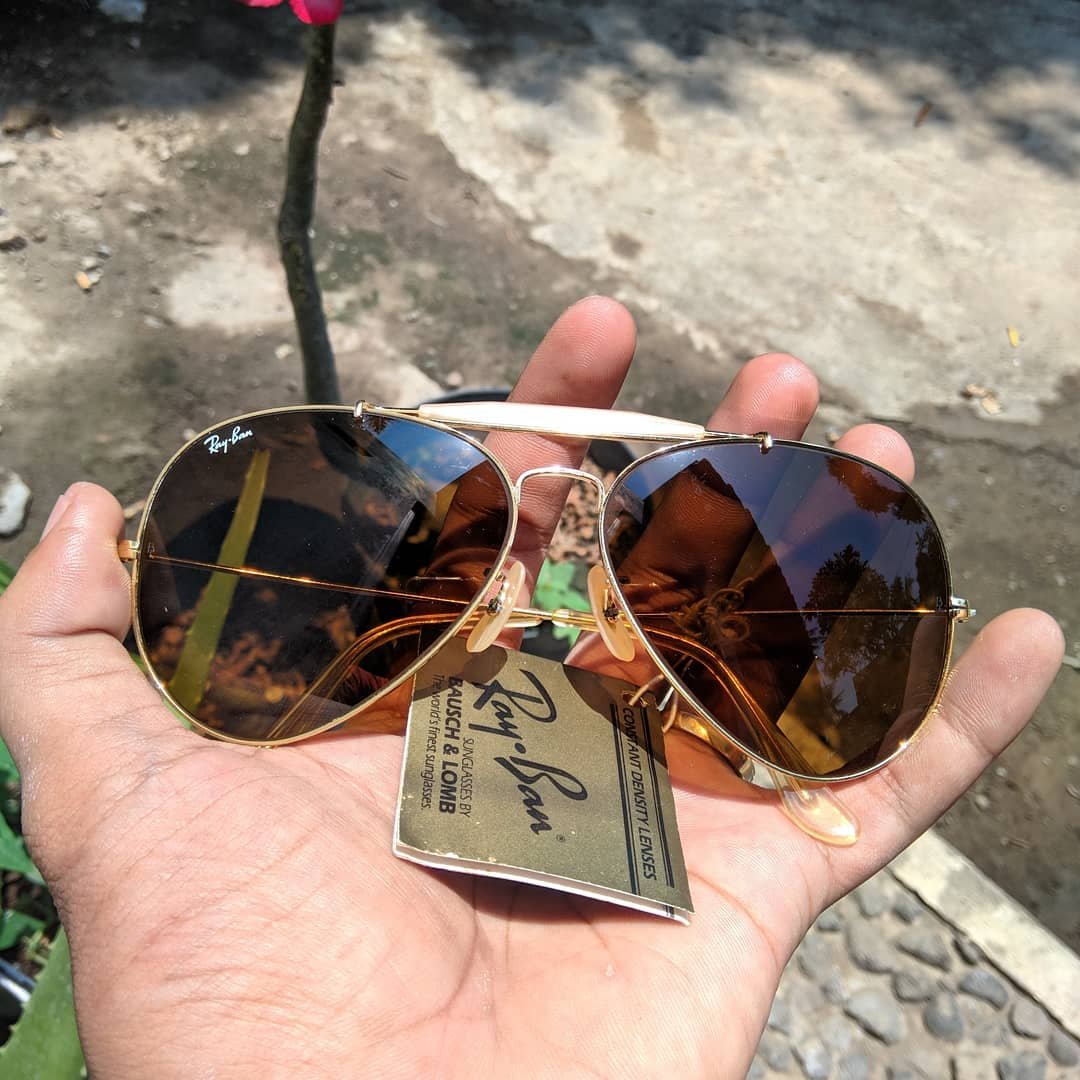 Ever heard that phrase "you get what you pay for?" No? Figures.

"We went on a skiing holiday, but we weren't informed that we would actually have to be able to ski." 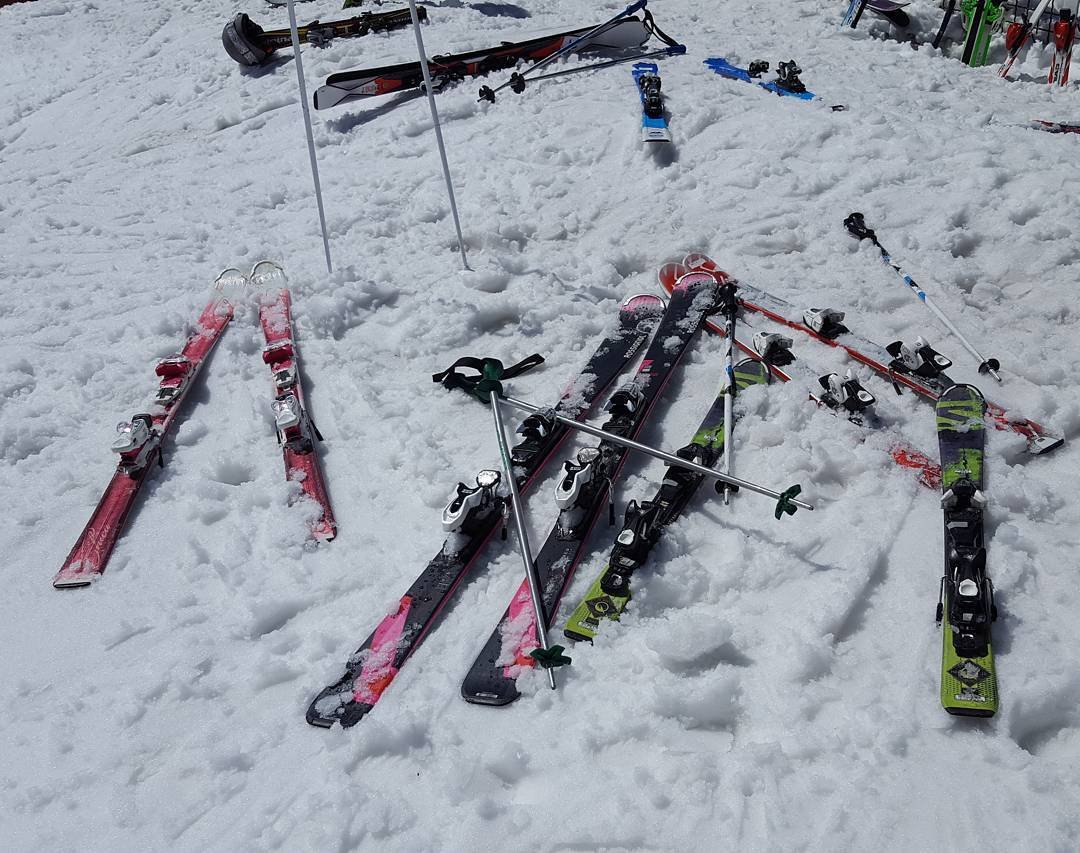 Another similar complaint was along the lines of "our skiing trip was too cold." These people don't get out much, do they?

"There was no sign telling you that you shouldn't get in a hot air balloon if you're afraid of heights."

Why do these folks sign up for things and then get mad when these things are EXACTLY what they signed up for???

"The animals at the zoo looked very sad and it made our children cry. Can’t they train them to smile?"

No Karen, that's not how that works. Can YOU smile more?

"The maid who cleaned our room made our towel into a swan shape. I don't like swans." 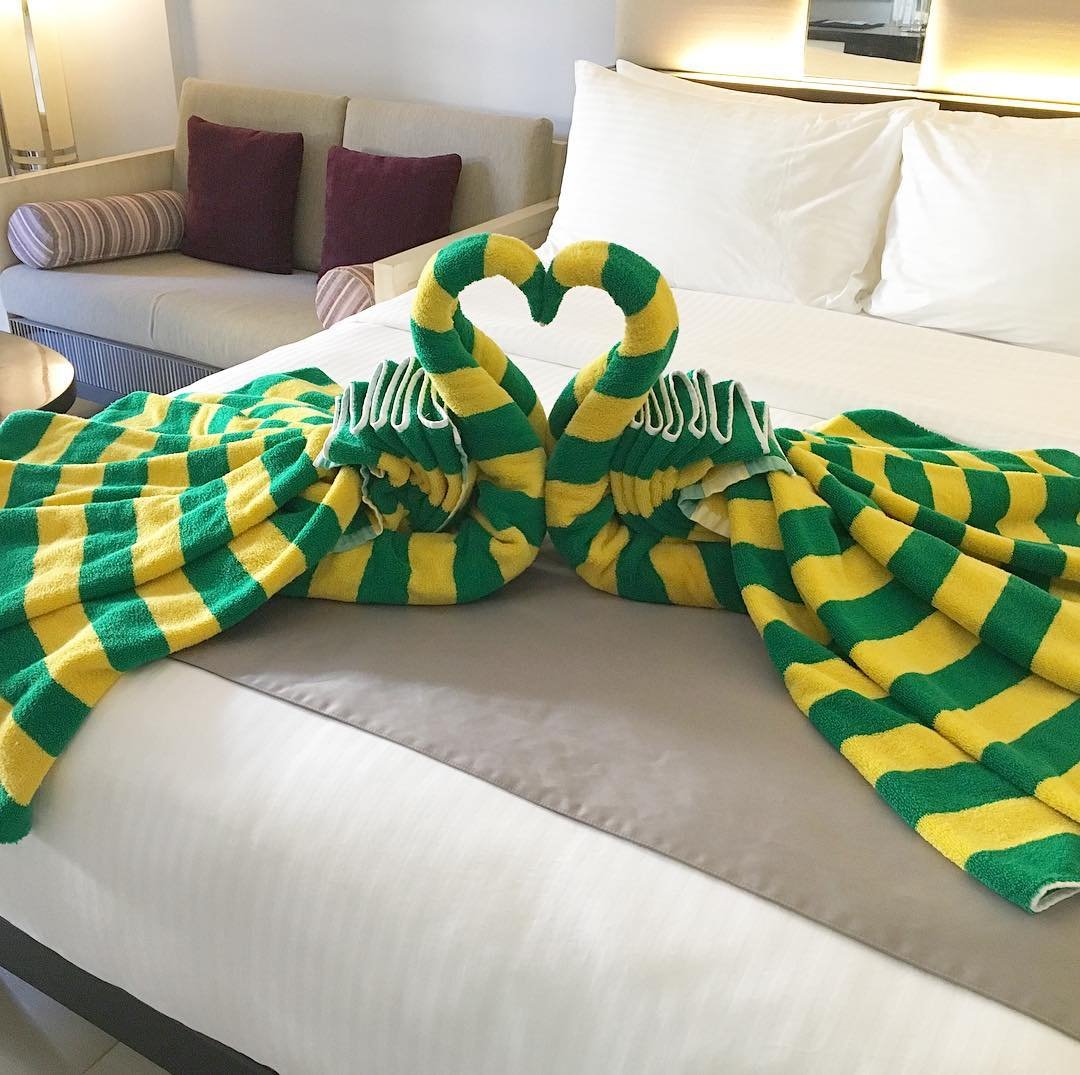 "They should warn you that the sun is brighter in Mexico than it is in England. I would have worn sun cream if I knew."

They probably should've also told you that water is wet, just in case you didn't know that either.

"My plane journey was a disappointment as the sky was too cloudy, obstructing my children’s view of the sea and ruining our game of eye-spy." 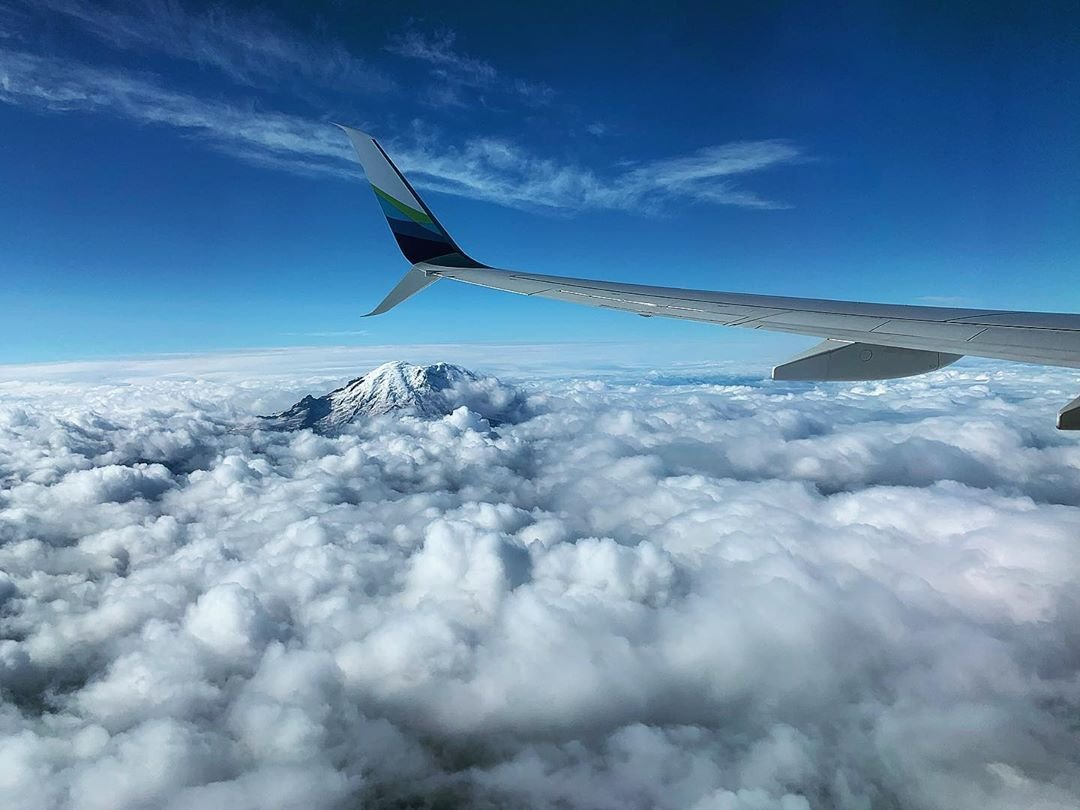 Eye spy with my little eye, someone who needs to stop living under a rock.

"I couldn't call reception from my cell phone. They told me I could just press 9 and it didn't work."

I would like to take this moment to applaud hotel staff everywhere. They're doing the dirty work of society.

"I had to pay for an extra plane seat for each of my kids."

"They should not allow topless sunbathing on the beach. It was very distracting for my husband who just wanted to relax." 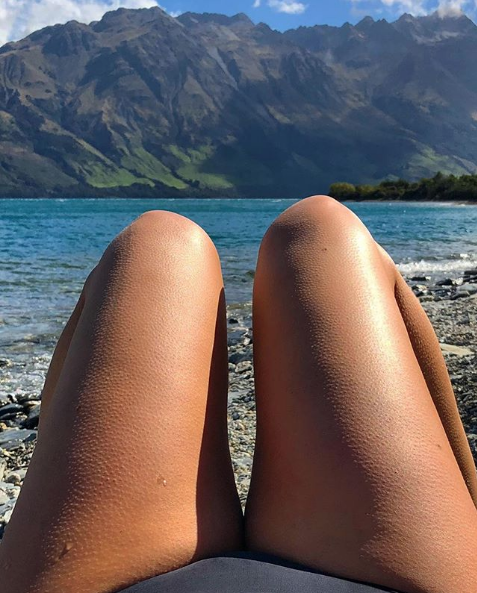 There is just a myriad of potential problems with this. I'd very much like to know if this person is still with their husband following this review.

"It took us nine hours to fly home from Jamaica to England. It took the Americans only three hours to get home. This seems unfair." 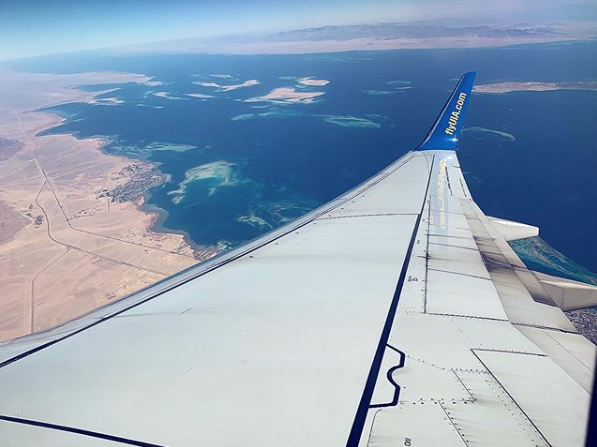 There is only one answer to this, move to America.

"My fiance and I requested twin beds but were given a king bed instead. We want to be reimbursed due to the fact that I became pregnant." 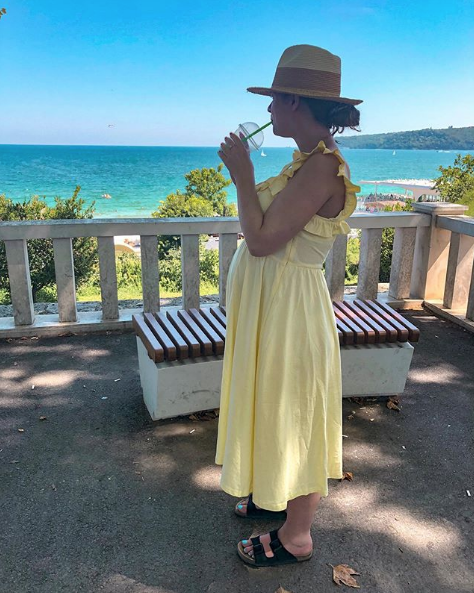 Sorry honey, that's on you!