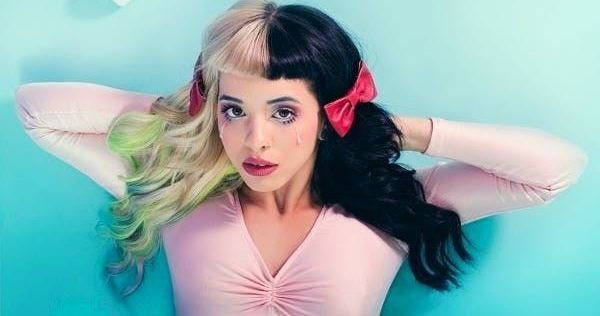 12+ Celebrities Who Are Unrecognizable Without Their Signature Looks

At the end of the day, it's all about style.

Some celebrities can take on multiple looks and still retain what makes them intrinsically them.

Others have a look so iconic that we can't recognize them without it. Who is Zach Galifinakis without his beard? An imposter, that's who. 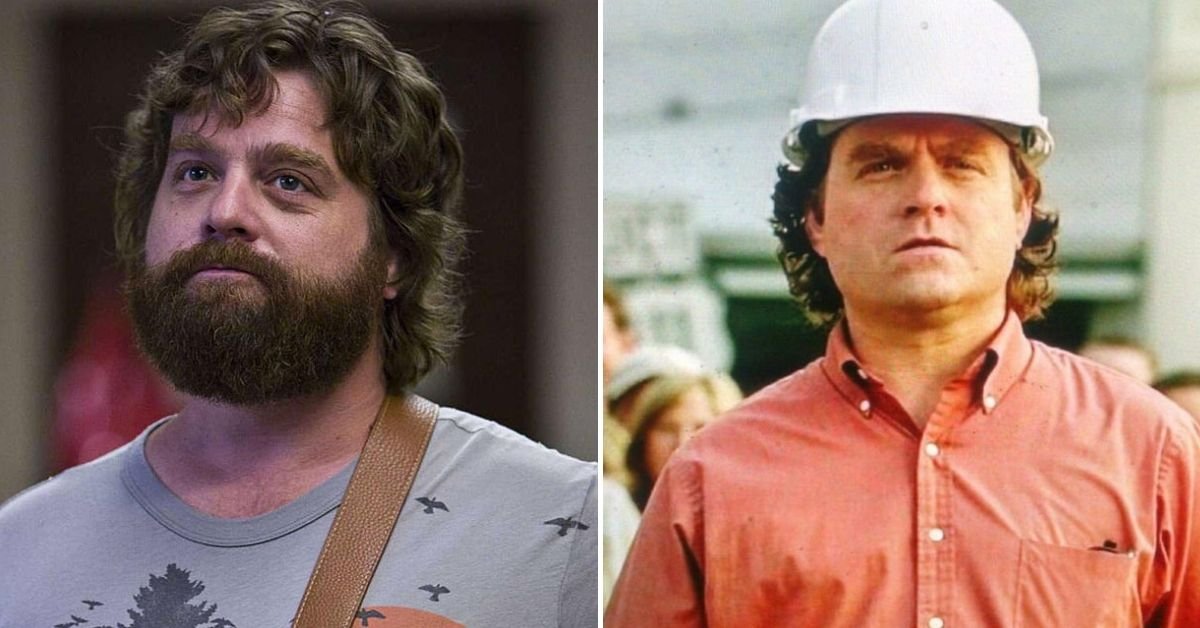 This is almost unbelievable.

Celebs with beards will always look a little odd without them, but Zach just doesn't look like himself at all without his. The beard is Zach, and Zach is the beard. 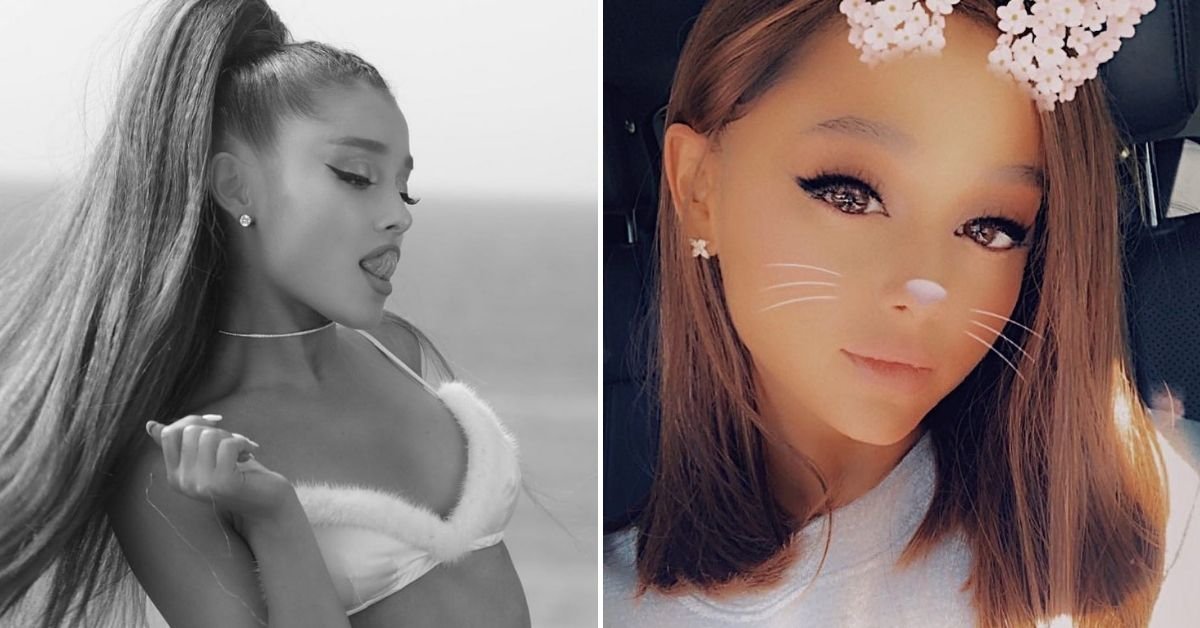 When's the last time you saw Ariana without her ponytail?

It just isn't Ariana if she isn't rocking an updo. However, from time to time, she'll show off a different look...and it always feels a little weird. The Snapchat filter definitely throws us off too! 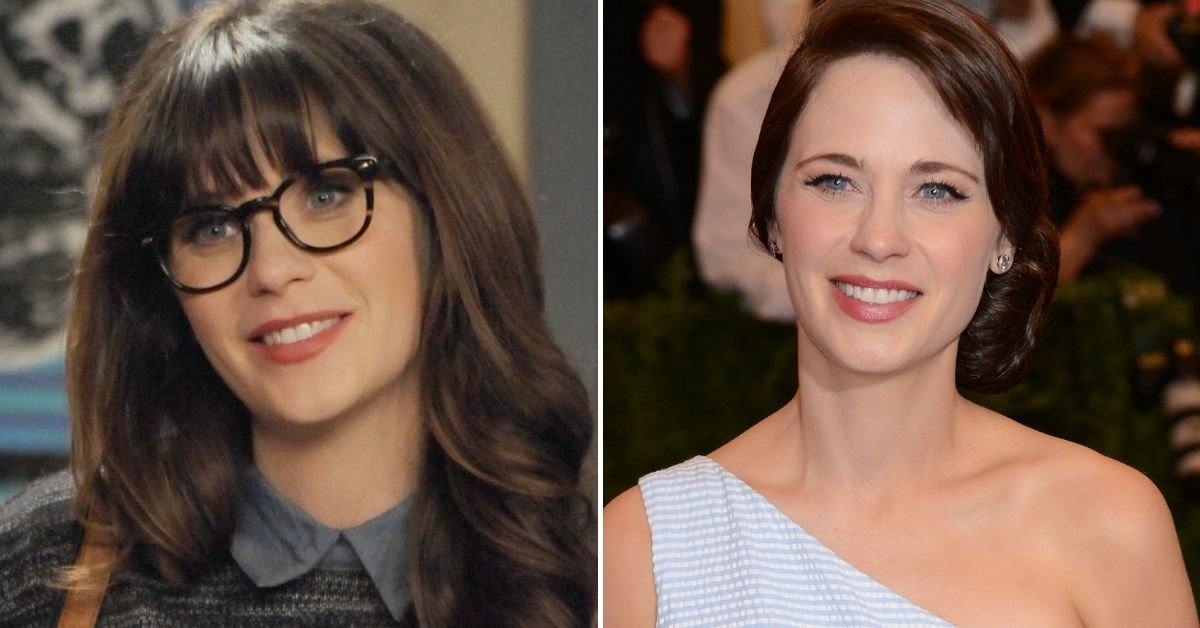 Alright, before you scoff, go with me: when you picture Zooey, you picture her with bangs, right?

See? It just looks slightly odd to see her without him, like you're looking at an alternate universe version of her. 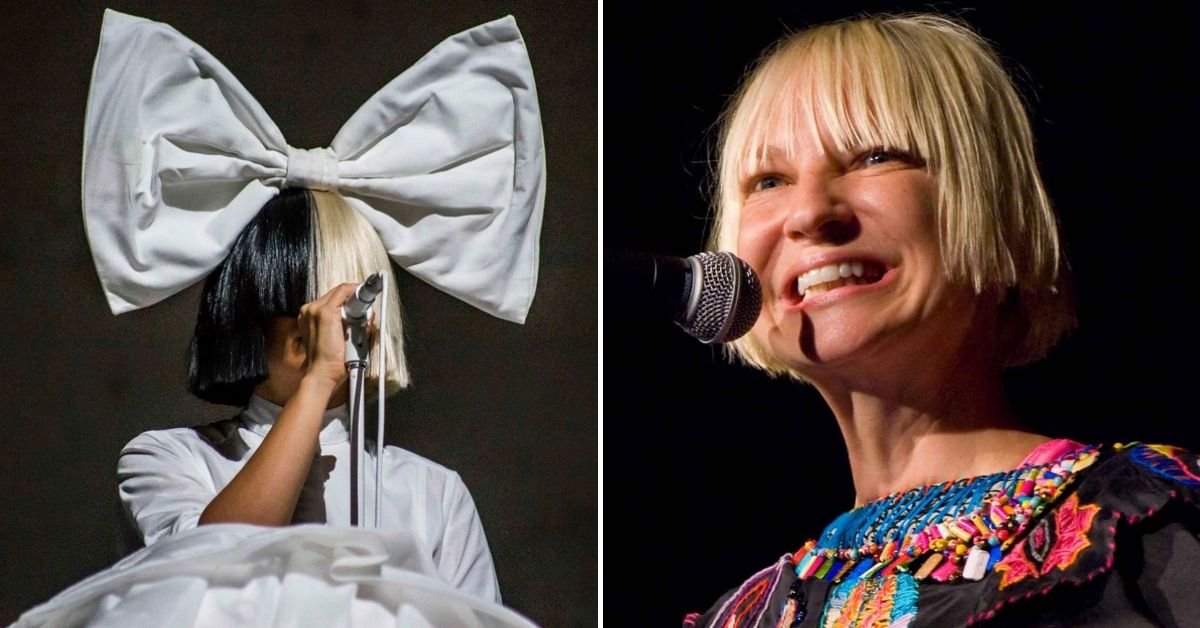 Who is Sia without her iconic covered up face?

Just a regular woman, as it turns out. Sia has never definitively stated why she hides her face, but the leading theory is to avoid being recognized.

Sia is so uncrecognizable without her wig that when she showed up to pay for stranger's groceries on Thanksgiving, most people didn't even know it was her! 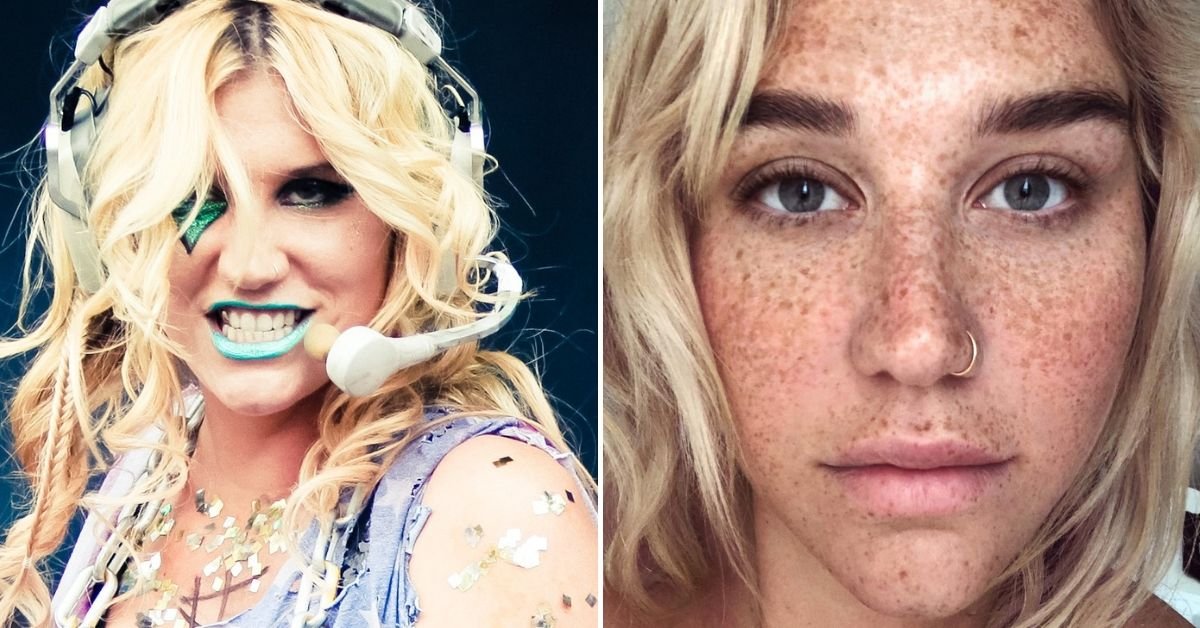 How we met her: glitter-covered, blonde, and a total punk party girl.

How we know her now: an ever-adaptable, free-spirit who likes to keep her face (and freckles) glitter-free.

Lately, Kesha has steered away from the blonde blocks.

She's a brunette now, and still looks totally different from her early days! We're so used to seeing Melanie Martinez in her trademark two-tone hair that it's hard to imagine her any other way.

Sans makeup, bows, and wigs, she looks younger and softer. 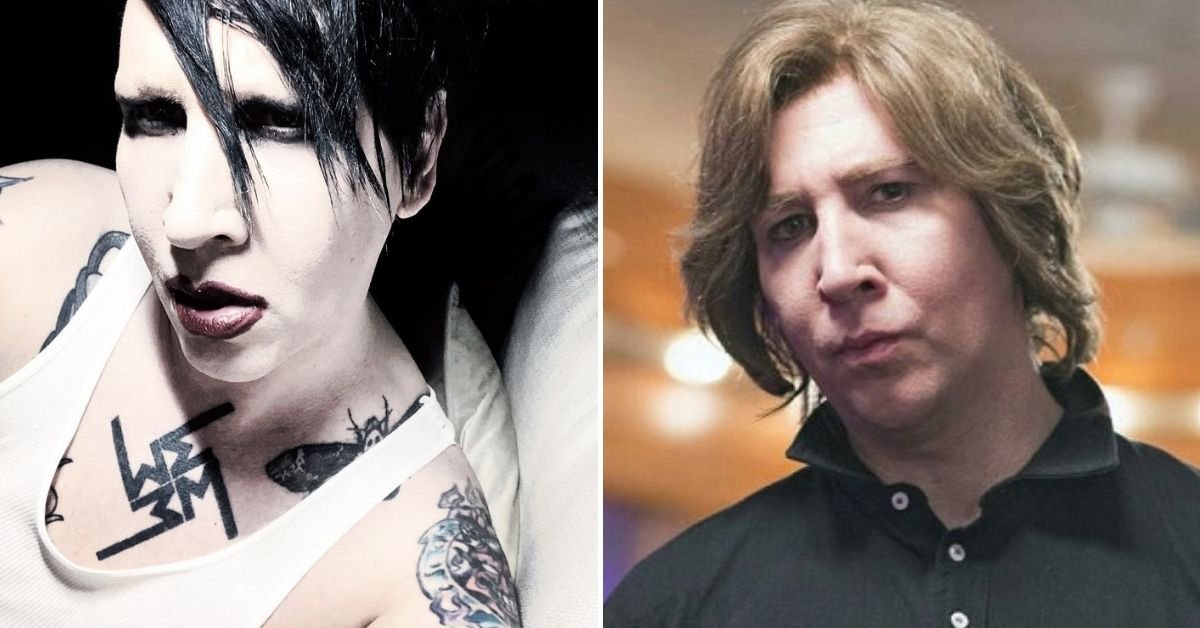 Surprisingly, Marilyn Manson strips his familiar hair, makeup, and tattoos away for a variety of film and television roles.

He is completely unrecognizable without his signature look. In fact, he just looks like a normal guy. 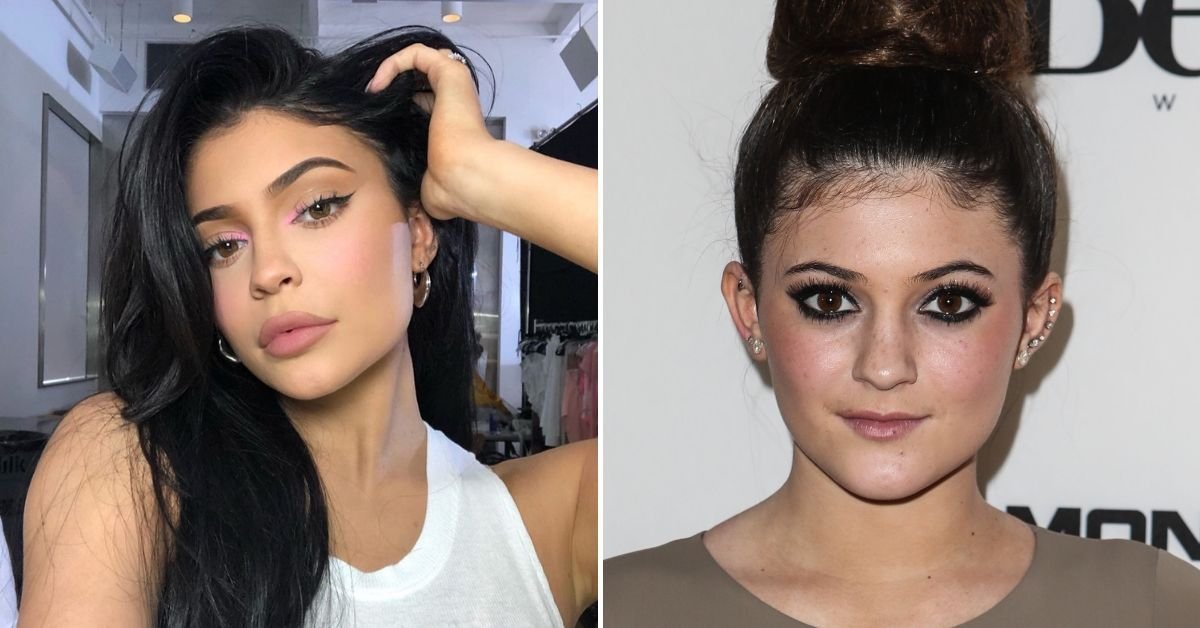 Kylie in 2013 and Kylie and 2019 look like two different people. Is it getting older and some new lips that did it? You be the judge. 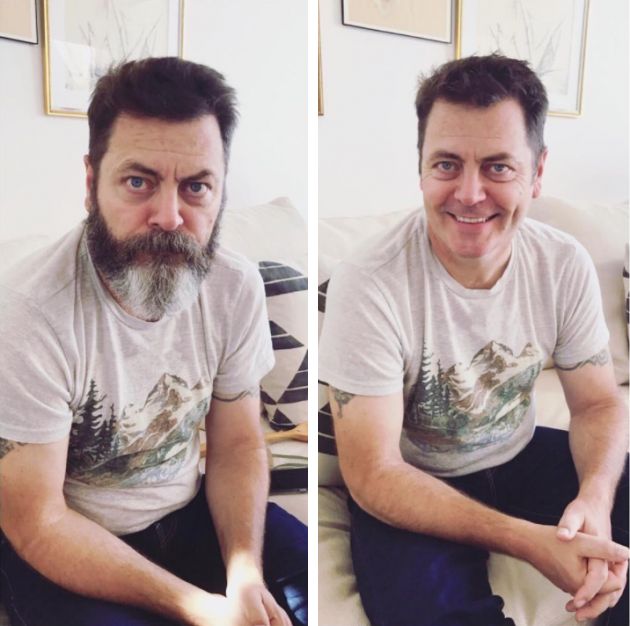 Listen, at the end of the day, Nick Offerman just has to have a beard. Or a mustache, at the very least. 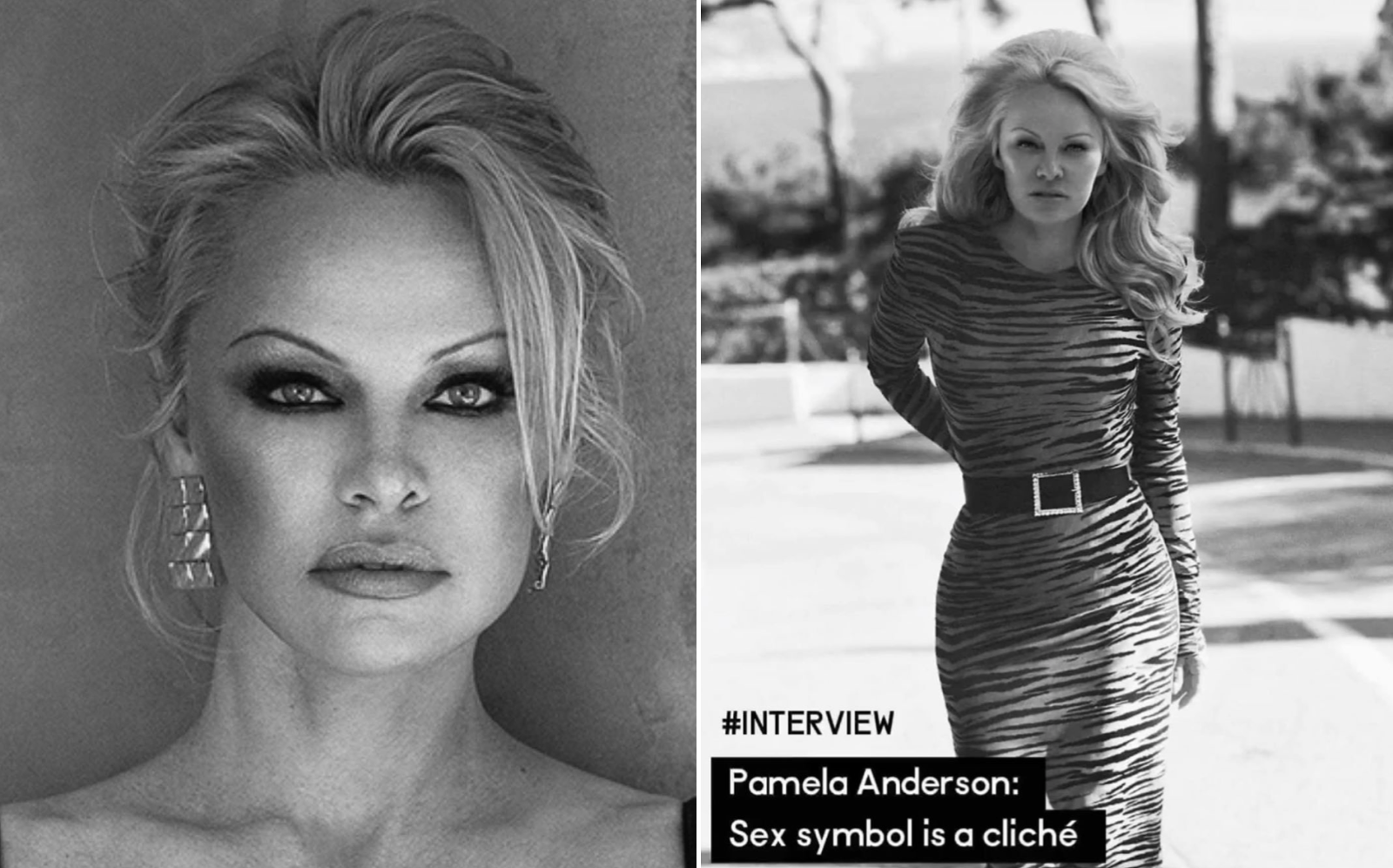 It's shocking what a lack of eyeliner can do.

Without her signature smoky eyes and painted lips, Pamela Anderson takes on a much different look. She posted both of these shots to her Instagram. 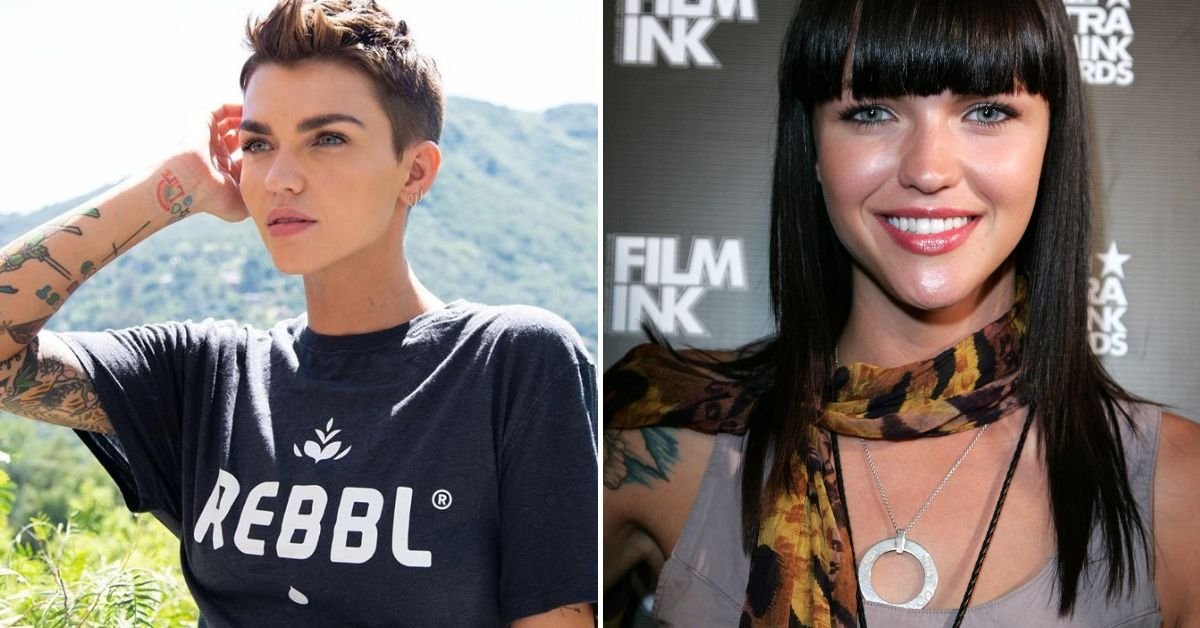 Ruby Rose just doesn't look like herself without her short hair.

She used to rock a bunch of different hairstyles, including this blunt bang situation. Now, her short hair is part of her image. 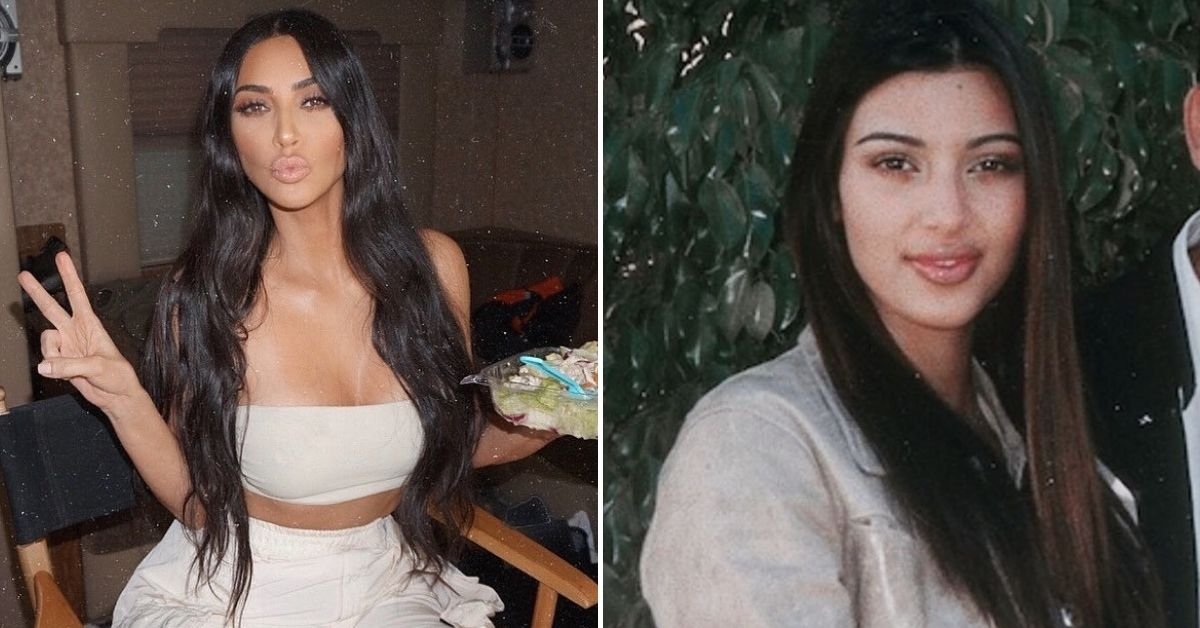 Much like old Kylie, old Kim cannot be found.

Kim's old hairline and brows have been snatched and polished. I now can't imagine Kim without her contouring or plumped up lips. 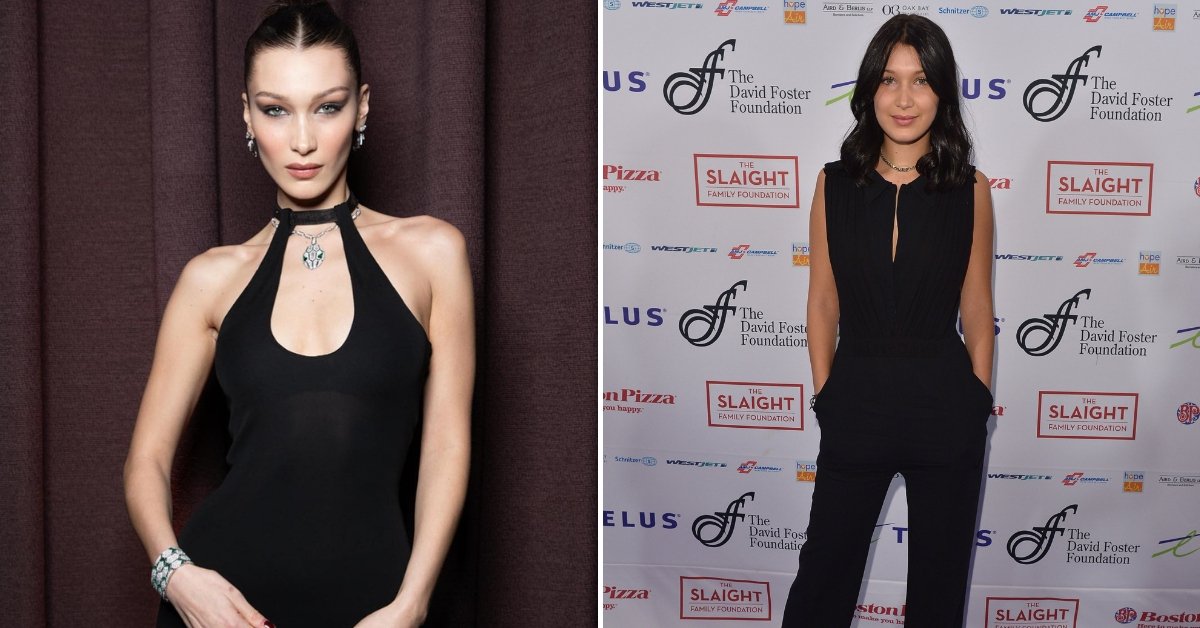 Yeah, I kinda can't believe that one is Bella, either.

Without her side part or her defined lips, Bella looks so different. Not to mention the razor-sharp cheekbones that define her style. 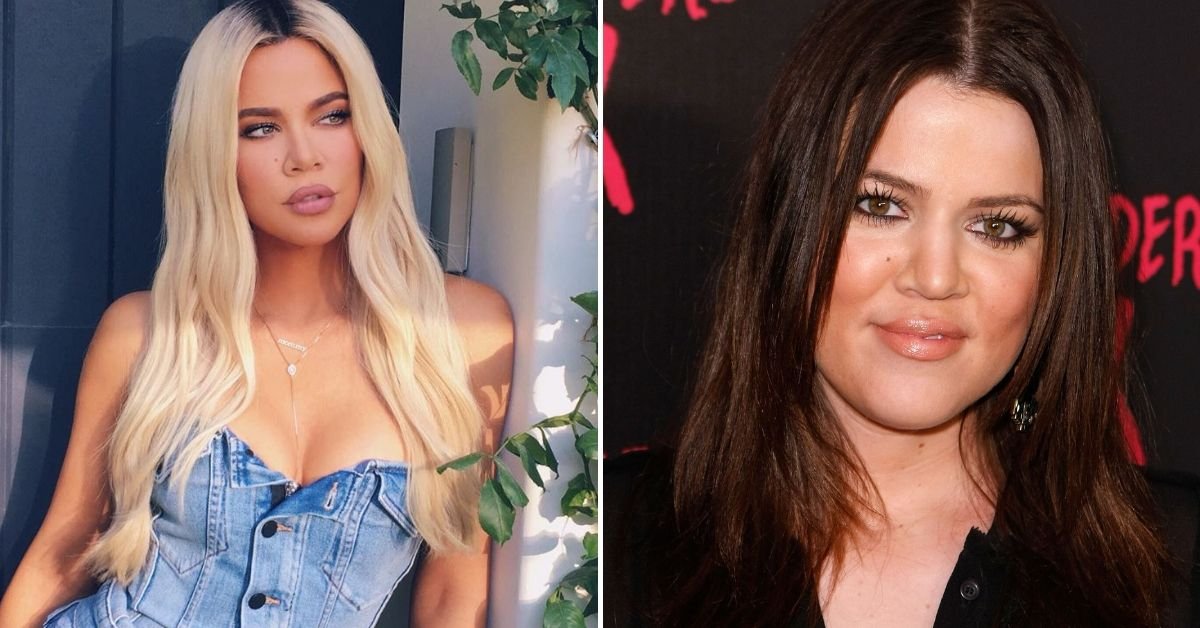 Khloé? Without blonde hair and a perfectly contoured nose? Who even is she?

Khloé has changed the most out of all the Kardashian sisters, and I think we all know it. Everything from her jawline to her cheekbones is different now.

Funnily enough, when Khloé did switch back to brunette for a hot minute, we barely recognized her! 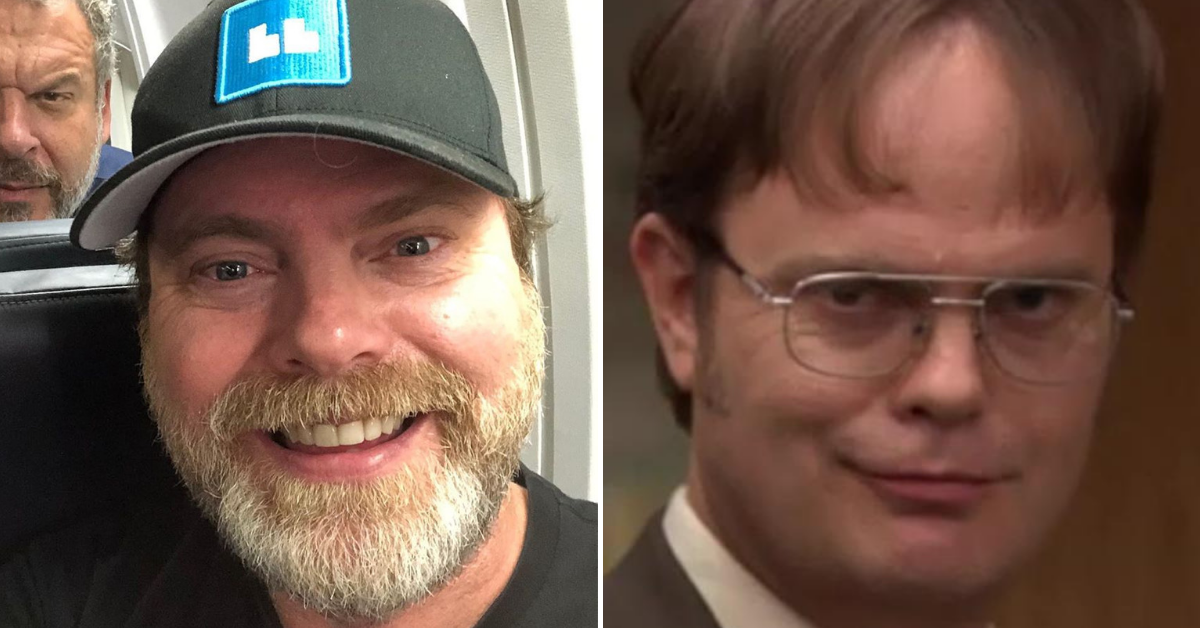 We don't see much from Rainn Wilson these days, and if you did, you might not really recognize who it is!

With a scruffy beard and no glasses, he looks a far cry from the beloved quirky Dwight Schrute. 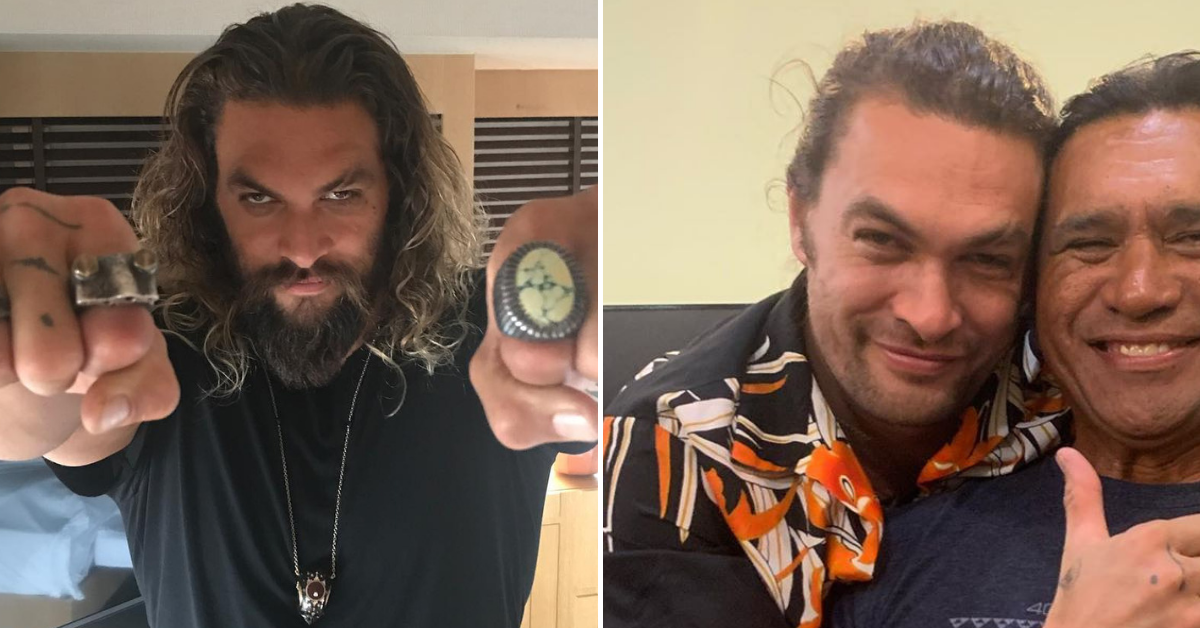 For a time, Jason Momoa was pretty synonymous with his character Khal Drogo from Game of Thrones. This meant that his long hair and bushy beard became part of him.

When he shaved his beard to bring attention to recycling, people freaked out to say the least. 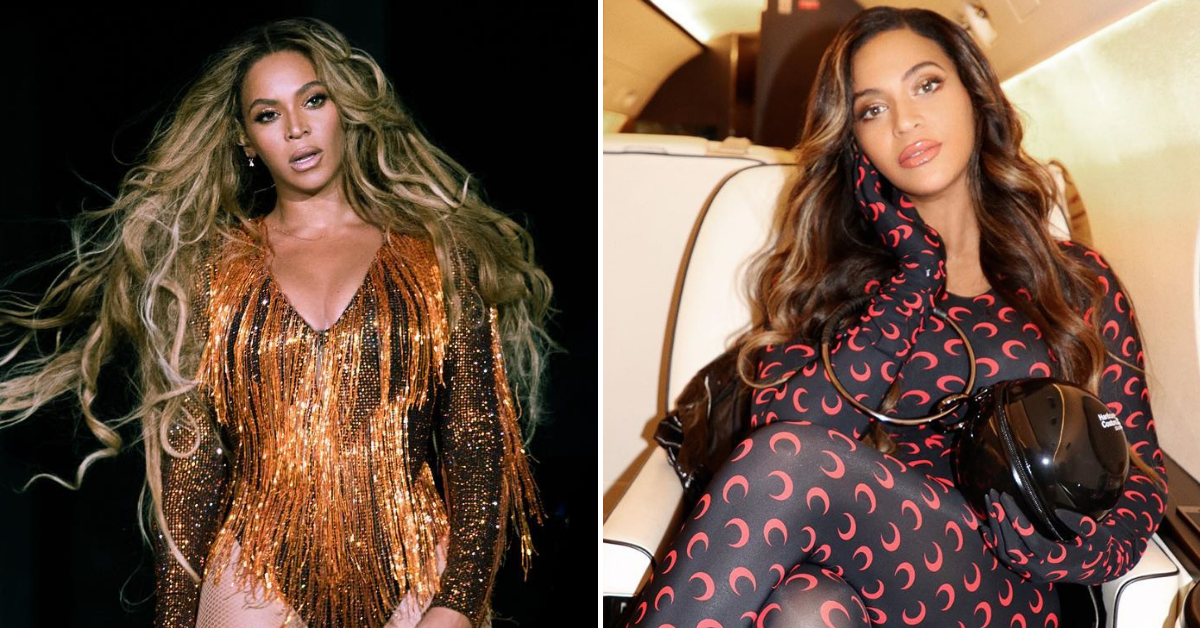 She then decided to opt for darker hair and deeper highlights, and everyone had to do a few double takes. She really looks so different! 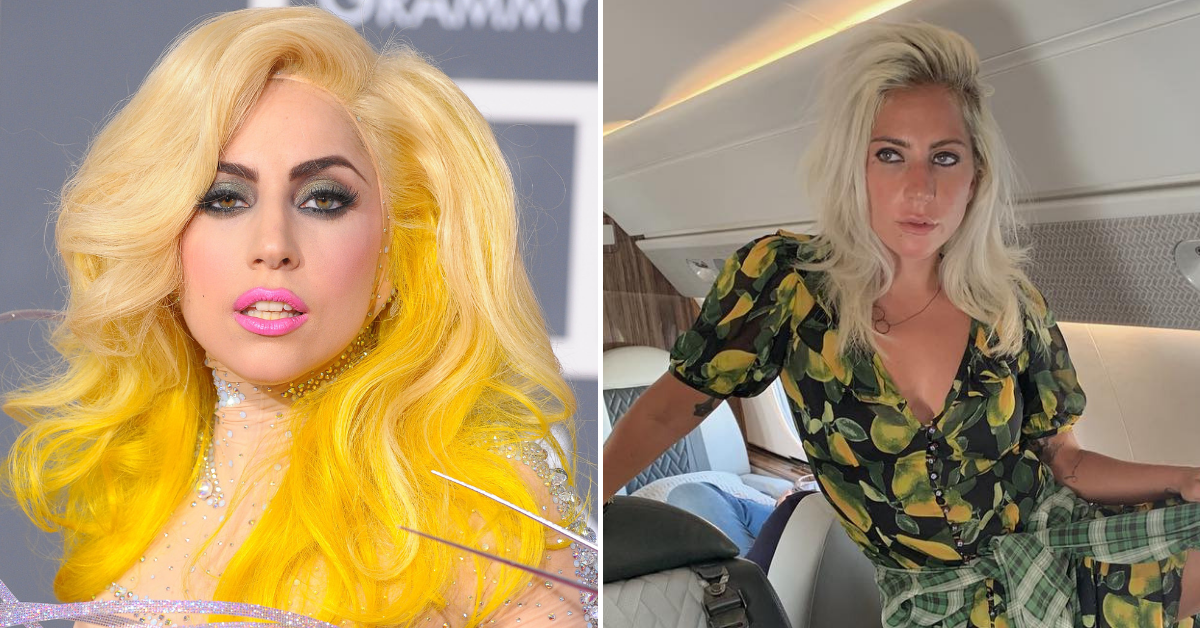 We all know who Lady Gaga is, whether it's her signature eccentric bold look or not.

However, there is no denying that the songstress look like she's from completely different worlds when she's not glammed up. 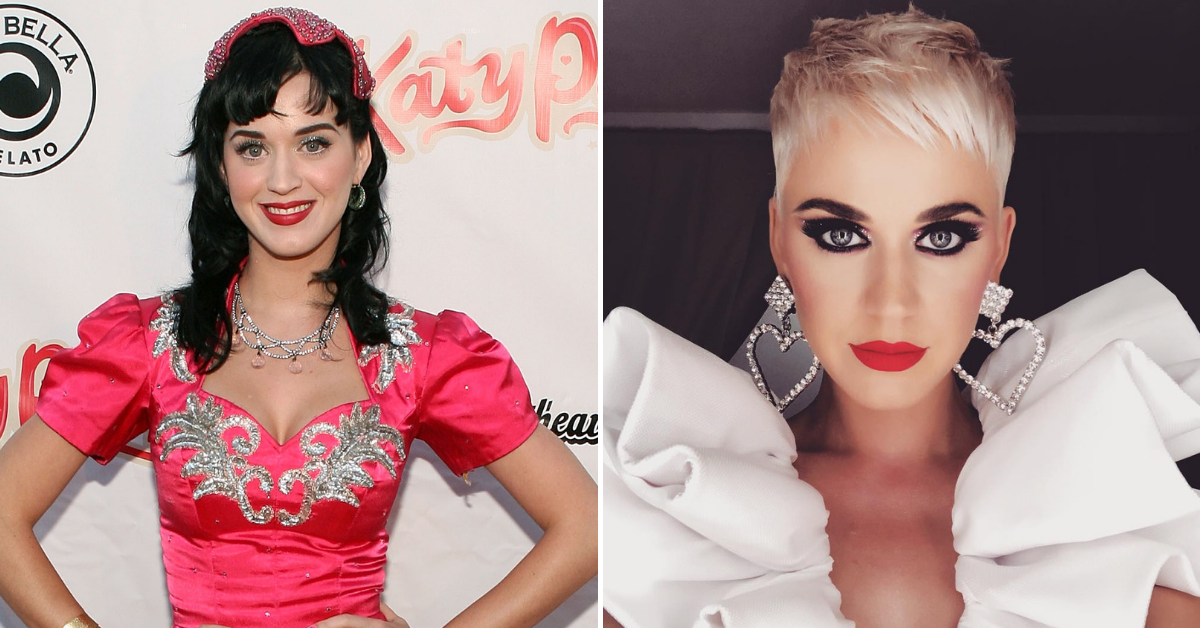 Katy Perry used to dress in a more pin-up style, which was definitely her signature look when she first started out.

But her pixie haircut totally suits her, too!

Depending on how you first discovered her, either Kristen could be unrecognizable to you.

Whether you're used to her as Bella Swan, or as the pop-punk she is today, the transformation she's gone through is crazy.

One thing we know about Katy: her looks are always changing.

And that's why she looks totally different with long, blonde hair too! 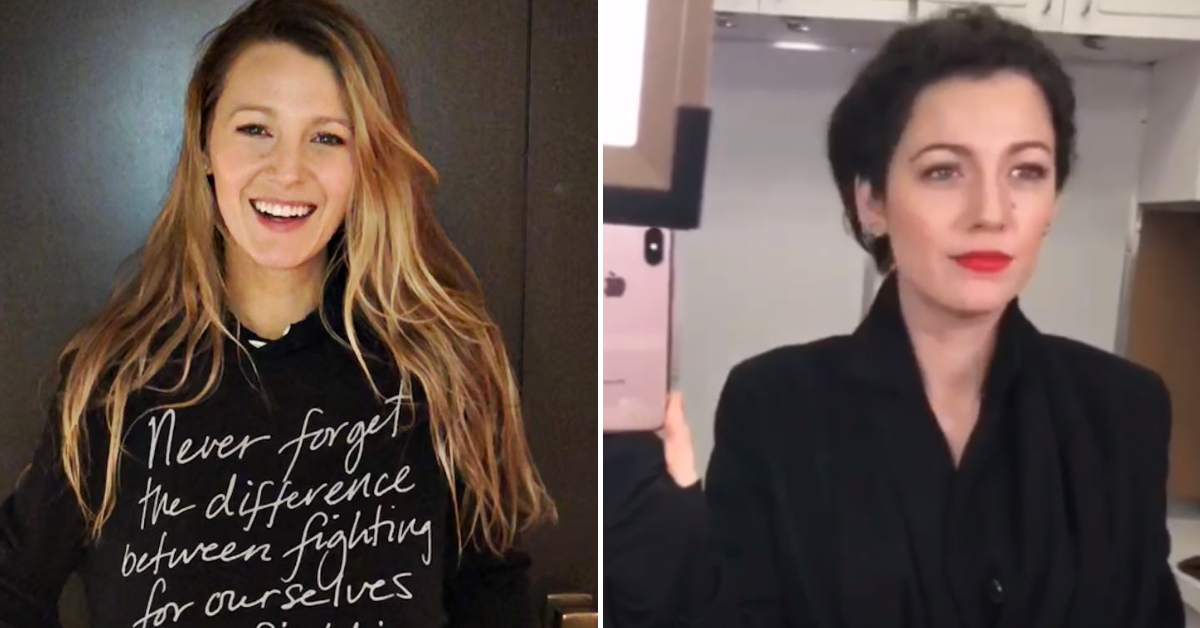 Well, that's up until her role in The Rhythm Section, where she sports a brunette 'do. 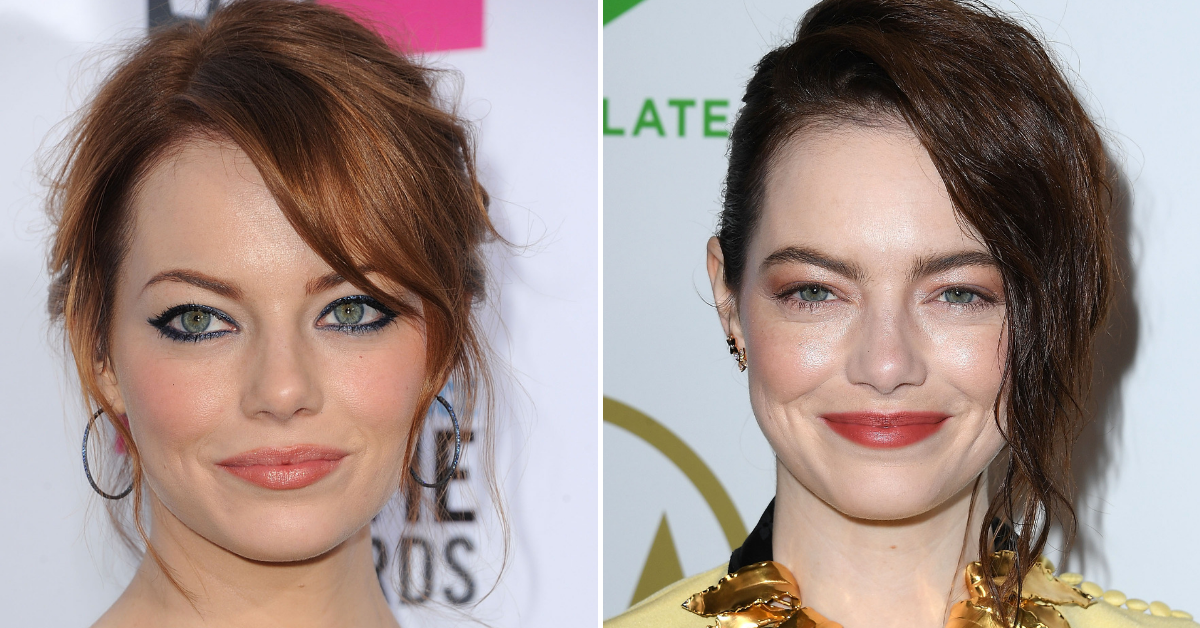 Every time I think of Emma Stone, I immediately picture her with red hair.

When she showed up on the red carpet sporting a darker 'do, I was understandably shook. She can really pull off both, but she still has red hair in my heart. 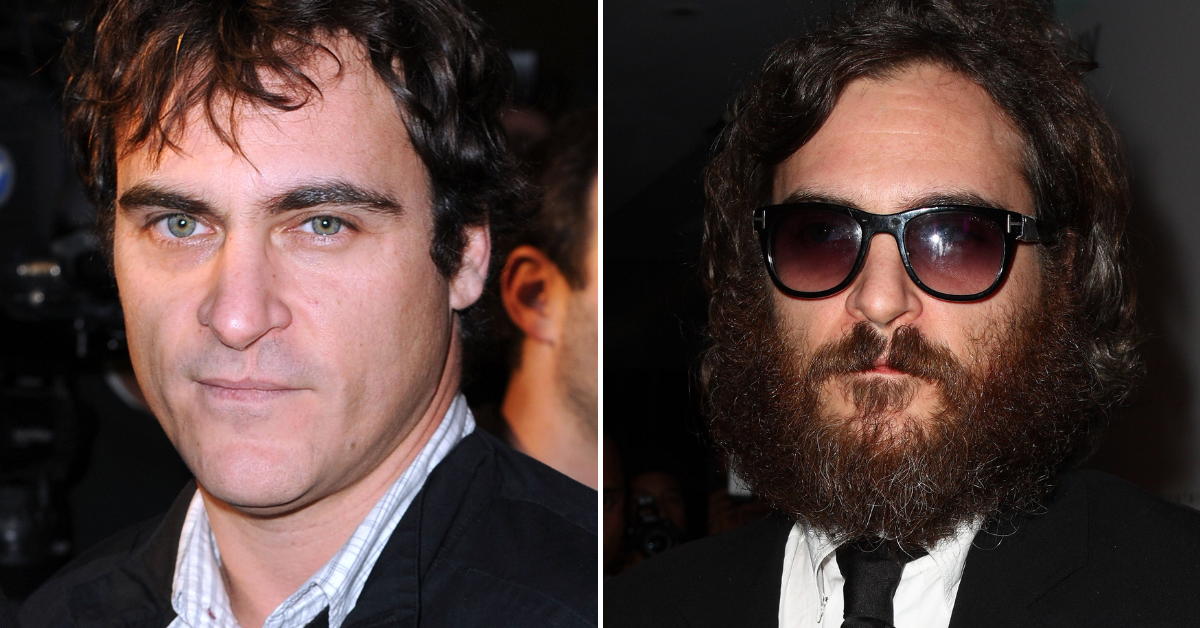 There was a time there that Joaquin Pheonix grew a beard and wore large sunglasses during red carpet appearances back in the early 2010s.

He was virtually unrecognizable, and it turned out he was method acting and it was all for the mockumentary about himself called I'm Still Here.

His looks are still changing and these days he's rocking the wavy gray hair, and we're obsessed!