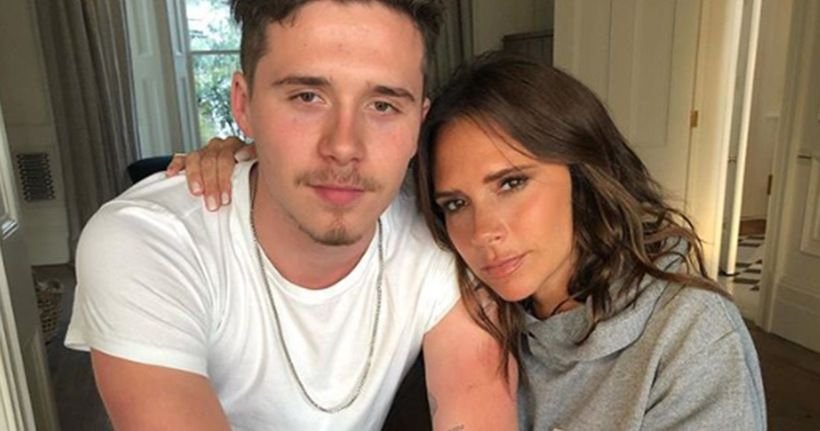 Celebrity kids growing up is so weird.

Some of our favorite celebs now have grown-up kids that are the same age we were when we discovered their parents, and that is crazy.

From JLo to Courtney Cox, here's some of the cutest celeb kid (and mom) glo-ups. 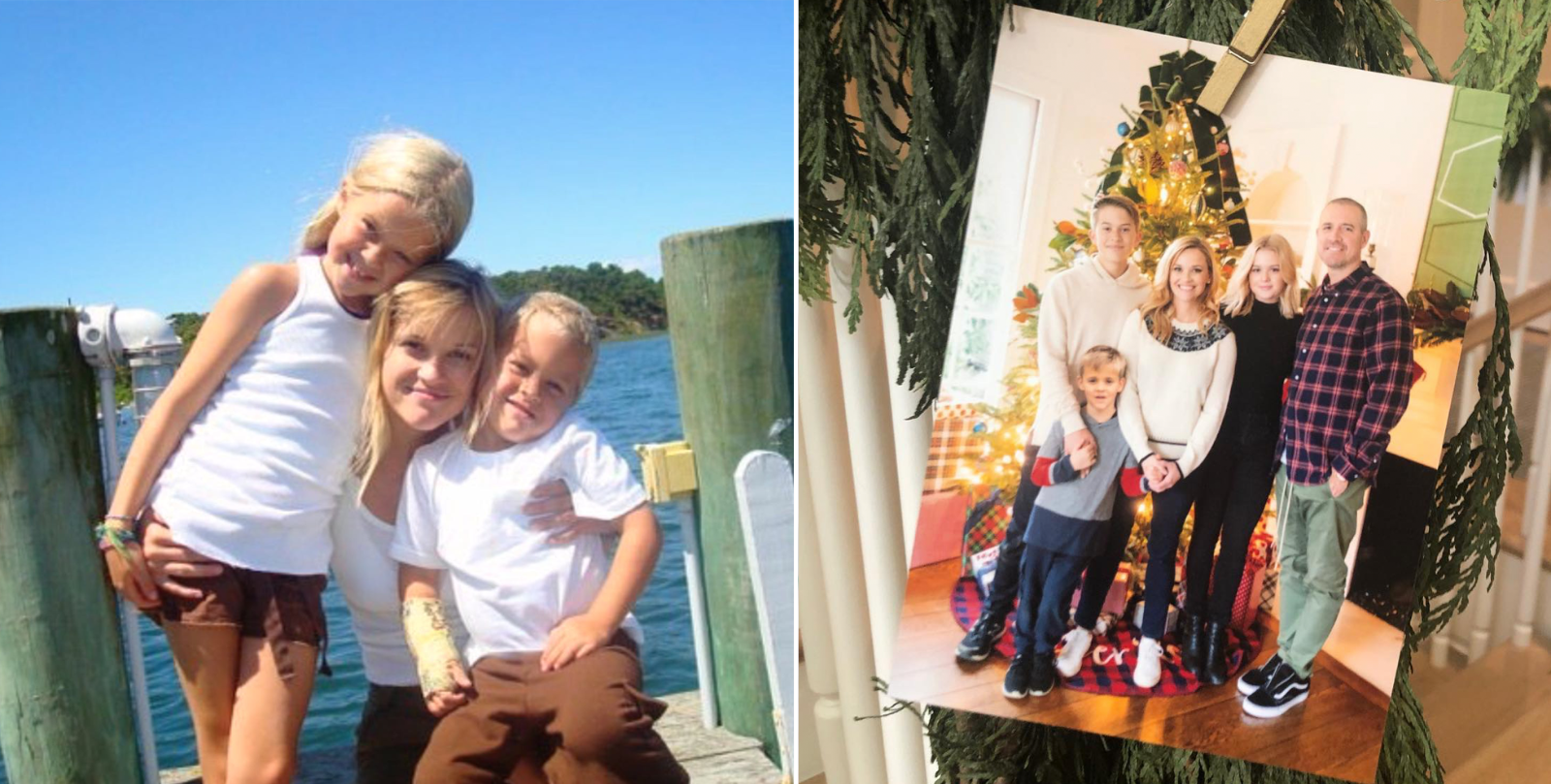 Back when Reese was married to Ryan Phillipe, they had two kids together: Ava, and Deacon.

I can't believe how big they are now! Their family Christmas card really showed off how much they've grown. 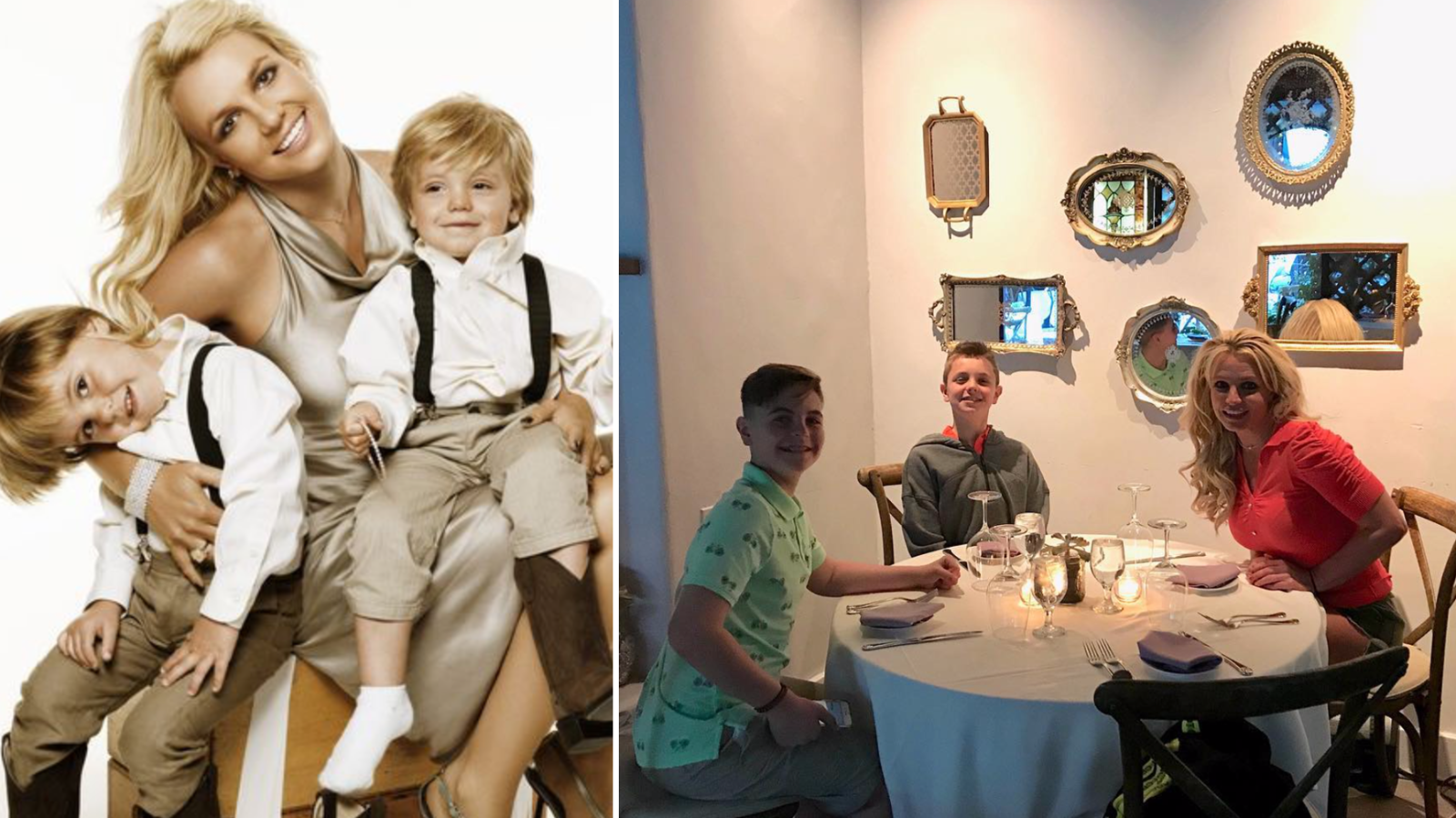 If she's not taking mom-level selfies, she's posting memes, clips from her show, and tons of pictures of her sons, Sean Preston and Jayden.

(Remember Britney and Kevin Federline? That was a wild time, guys.)

Rumer Willis has an awesome mom.

The daughter of Demi Moore (and Bruce Willis, of course), she's now an actress and singer.

She's so good at singing that she made it to the top 5 of The Masked Singer.

There's no two ways around it: this is the coolest family ever.

Jada and her babies are not only creative, independent, and successful, they're also so effortlessly cool that they take family pictures at Coachella. 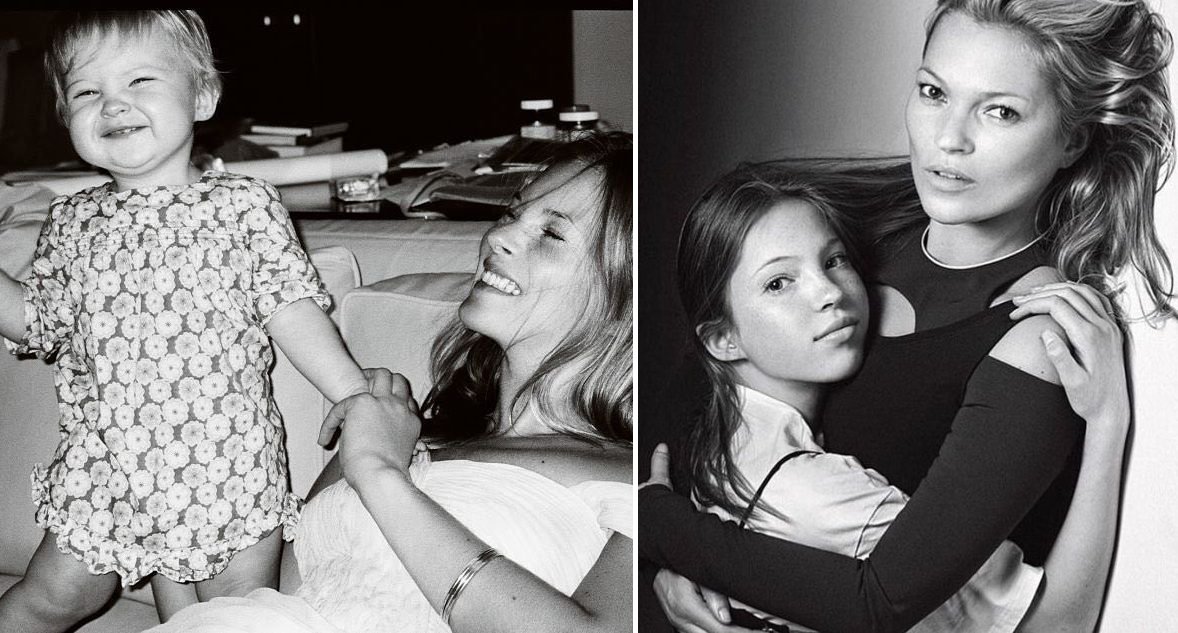 If this is the first time you're learning that Kate Moss has a daughter, join the club! 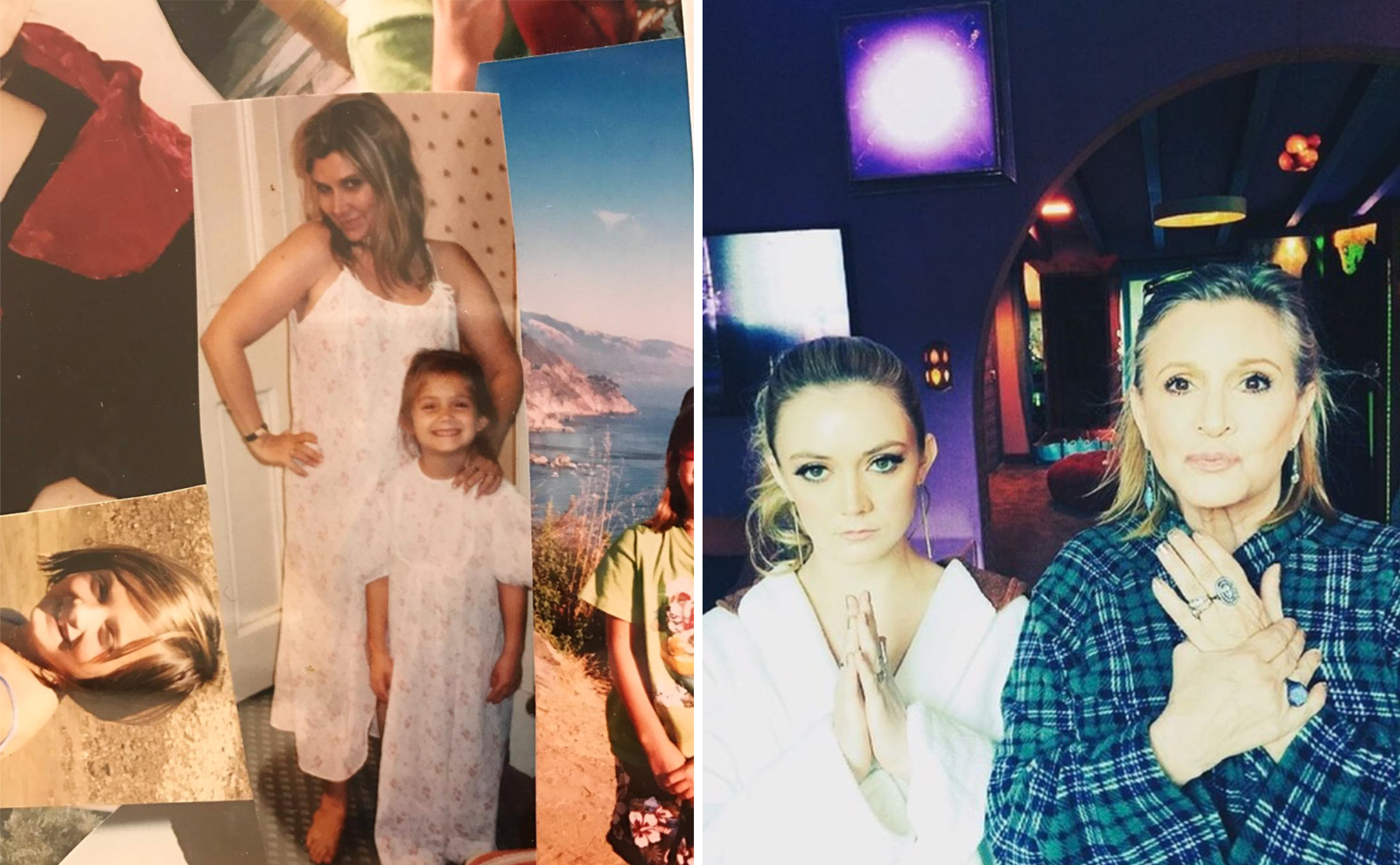 The late Carrie Fisher's legacy is being carried on beautifully by her daughter, Billie Lourd.

Whether she's taking on iconic roles in Booksmart or acting side-by-side with her mom in Star Wars, Billie Lourd is doing amazing things. 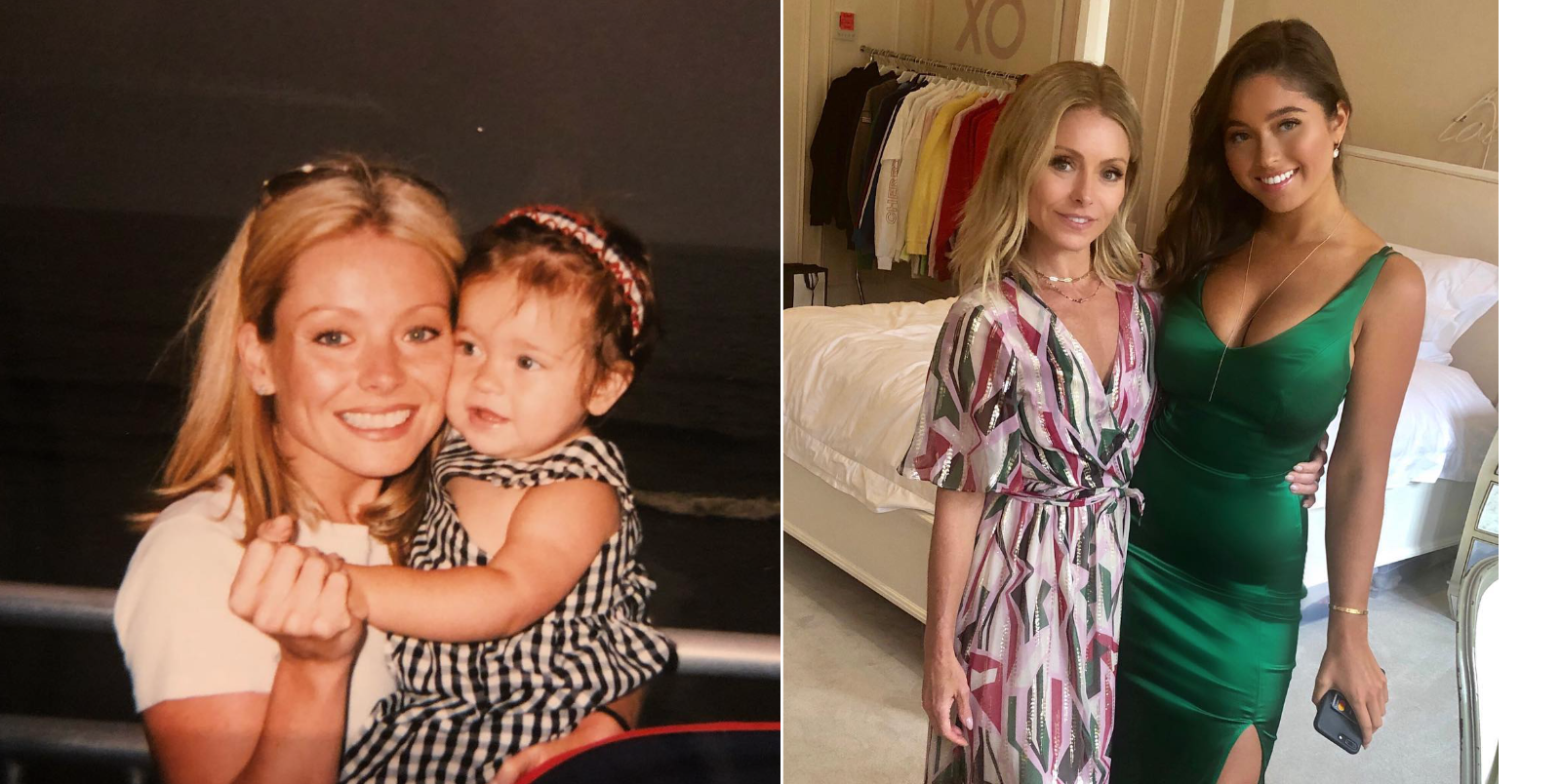 In fact, they're all so beautiful that they were featured in People Magazine's "Beautiful Issue." 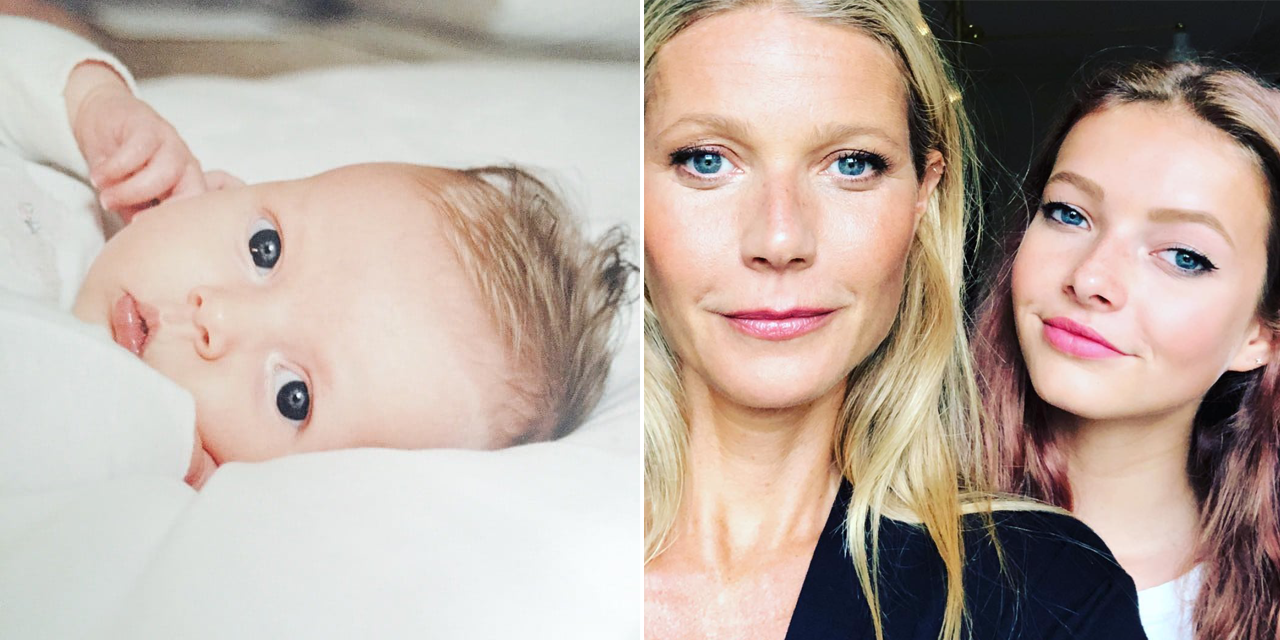 Unlike her brother, Moses, Apple actually hand-picks out pictures that Gwyneth posts. It's not for vanity reasons — it's to protect her own privacy!

Hello, kids that are growing up way too fast! 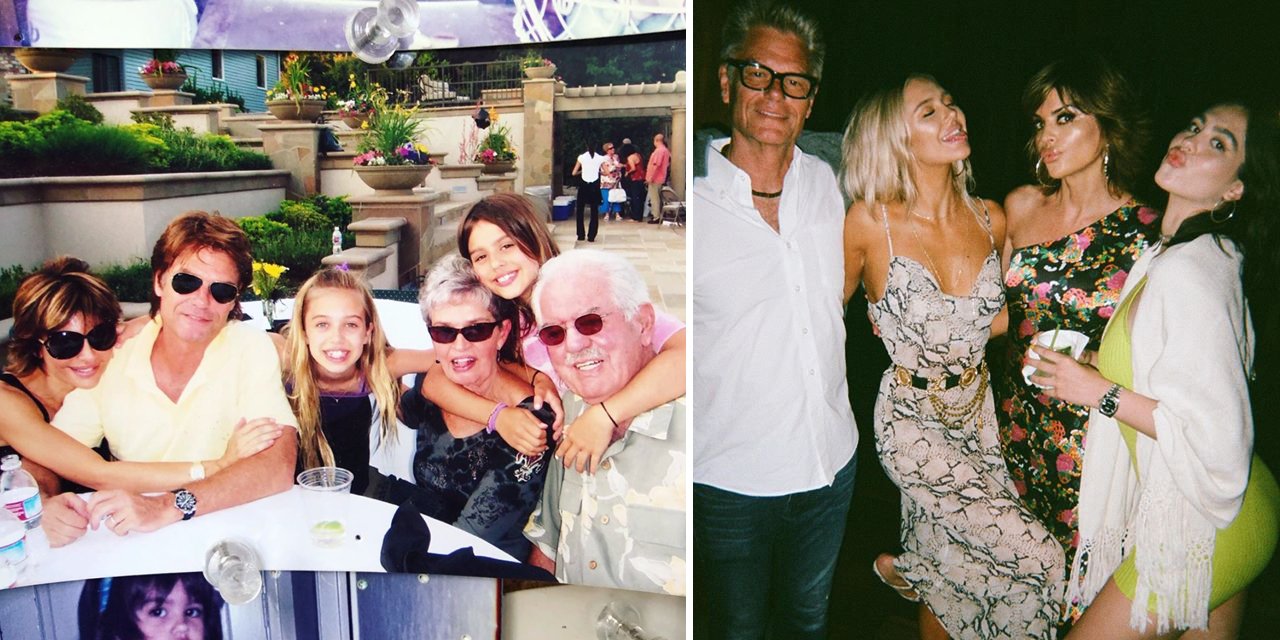 Unsurprisingly, both daughters chose to follow in their mother's footsteps. They're models now!

Courtney posted a side-by-side collage of Coco in the exact same dress she wore to a film premiere in 1998, which is five years before Coco was even born! 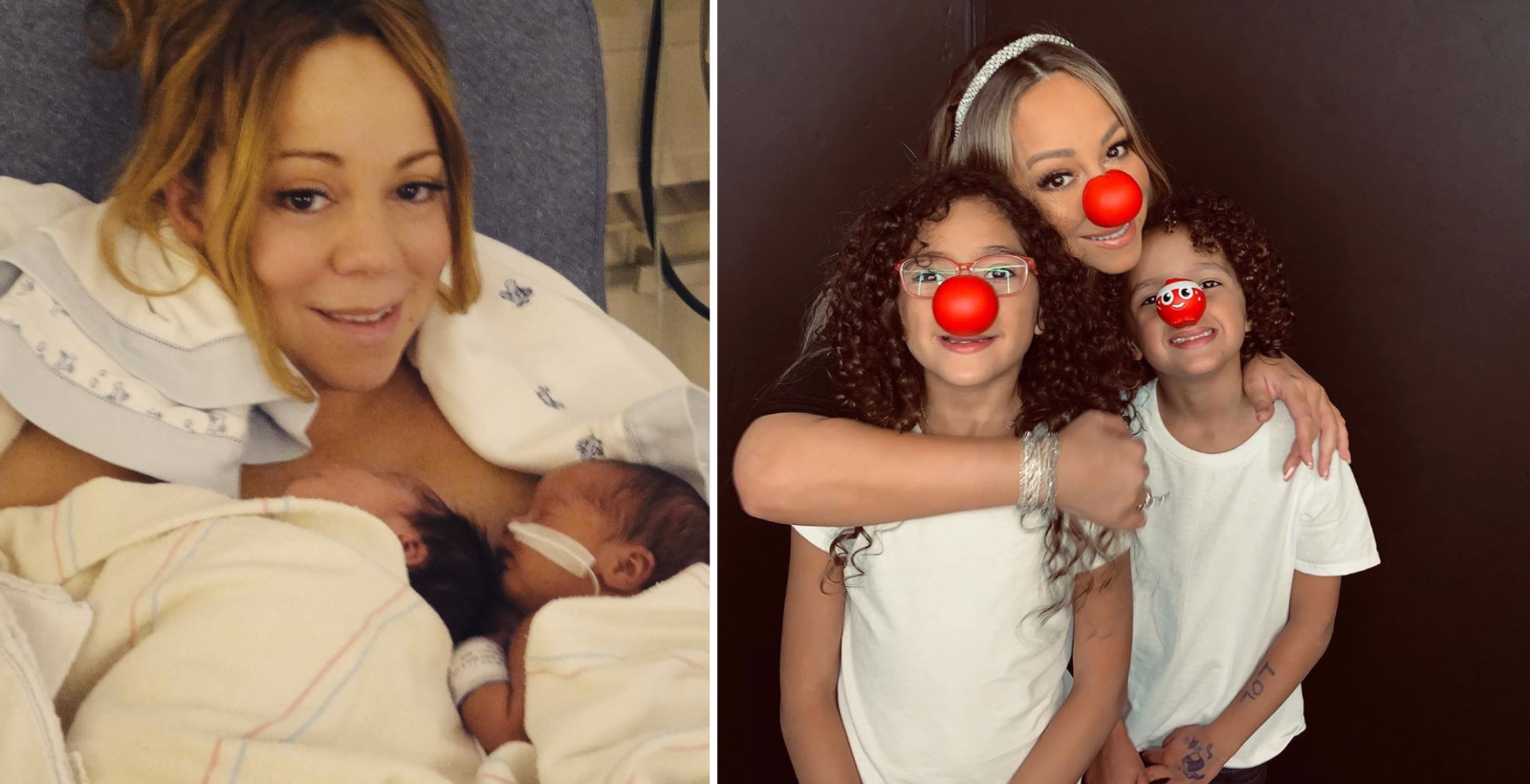 Mariah Carey gave birth to she and Nick Cannon's twins, Monroe and Moroccan, in 2011.

Look how big they are now! I feel like they were just born, and now they're big kids. Aw.

Can you believe how fast Lourdes grew up?

Not only is she all grown up, but she's something of fashion's next "it girl," according to W Magazine. To top it off, she's worked with brands like Converse, Miu Miu, and Stella McCartney.

I can't believe that René-Charles is an adult now!

He turned 18 in January, and of course he takes after his mother! He is a budding singer, as well as a rapper. 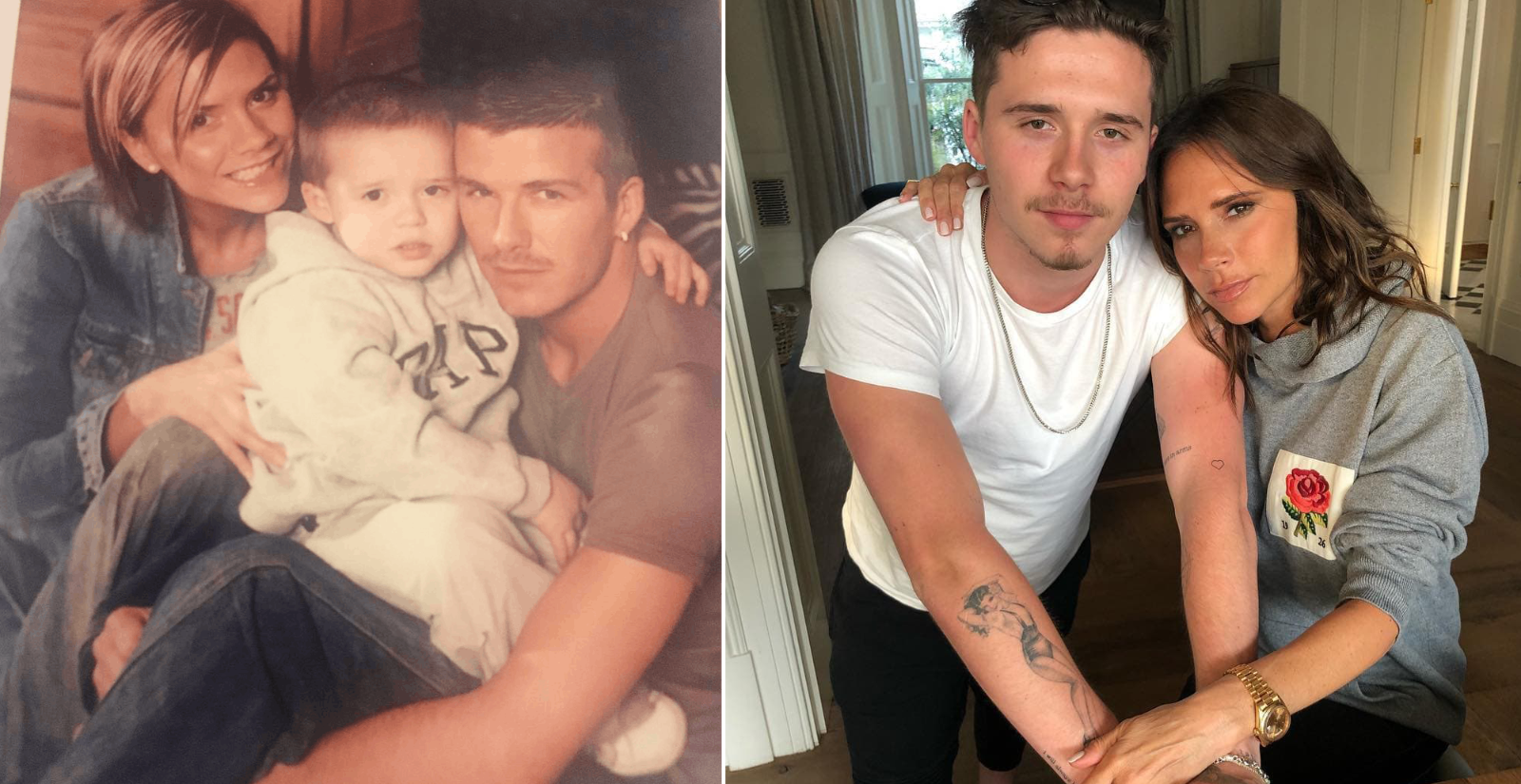 Brooklyn Beckham is the eldest of David and Victoria Beckham's 4 kids.

He took a slightly different route from his parents, choosing to go into modeling and photography. He graduated from Parsons The New School of Design! 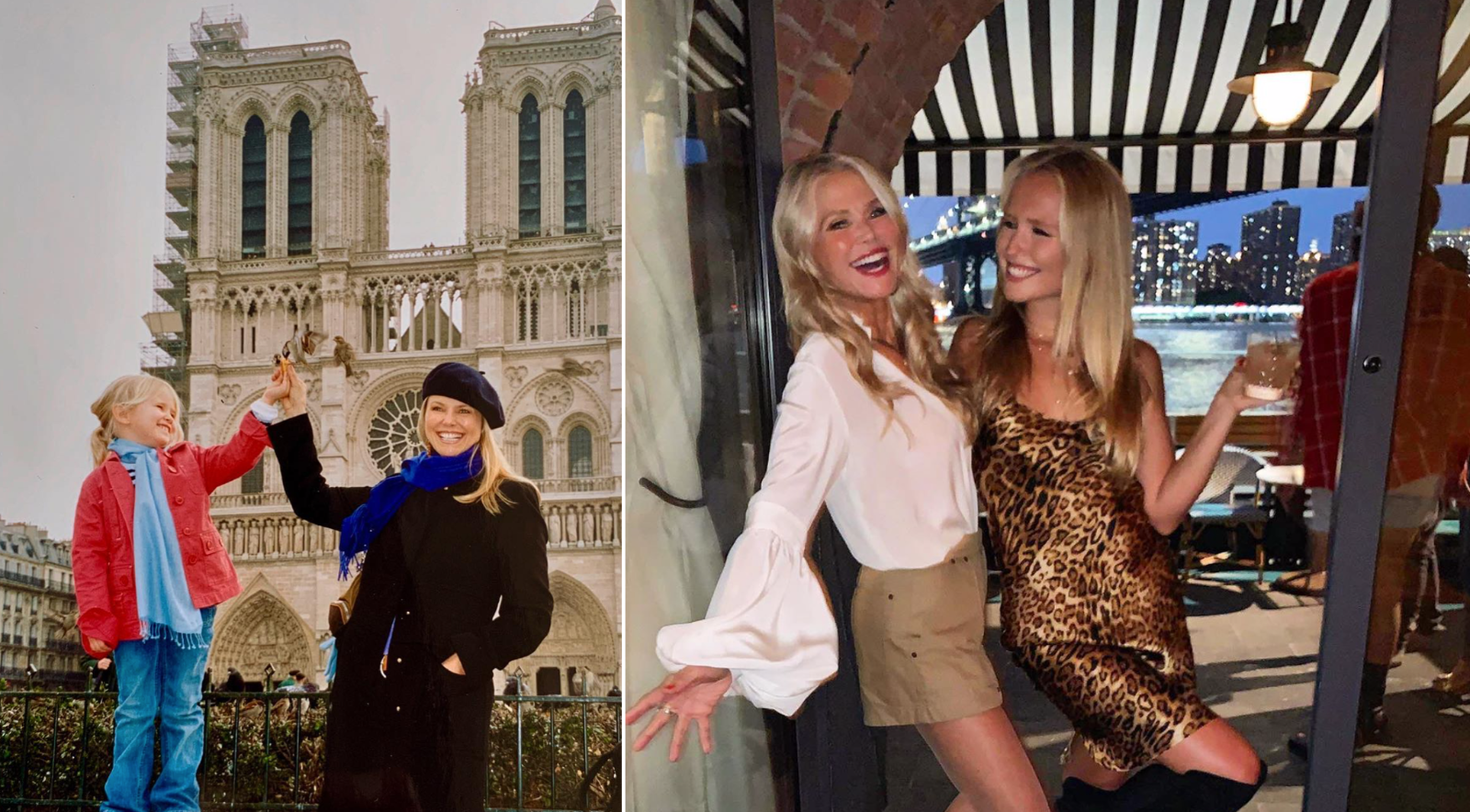 If you can't tell who's younger in this picture, that's because Christie Brinkley doesn't age. Just FYI.

Christie had Sailor in 1998, and now the two look like sisters. Sailor, like many celeb kids, is a model.

When your mom is a supermodel, what else is there to do, except to become one yourself?

Kaia Gerber started modeling at 10—and for Versace, at that. Now, she walks for brands like Calvin Klein, Prada, and Chanel. 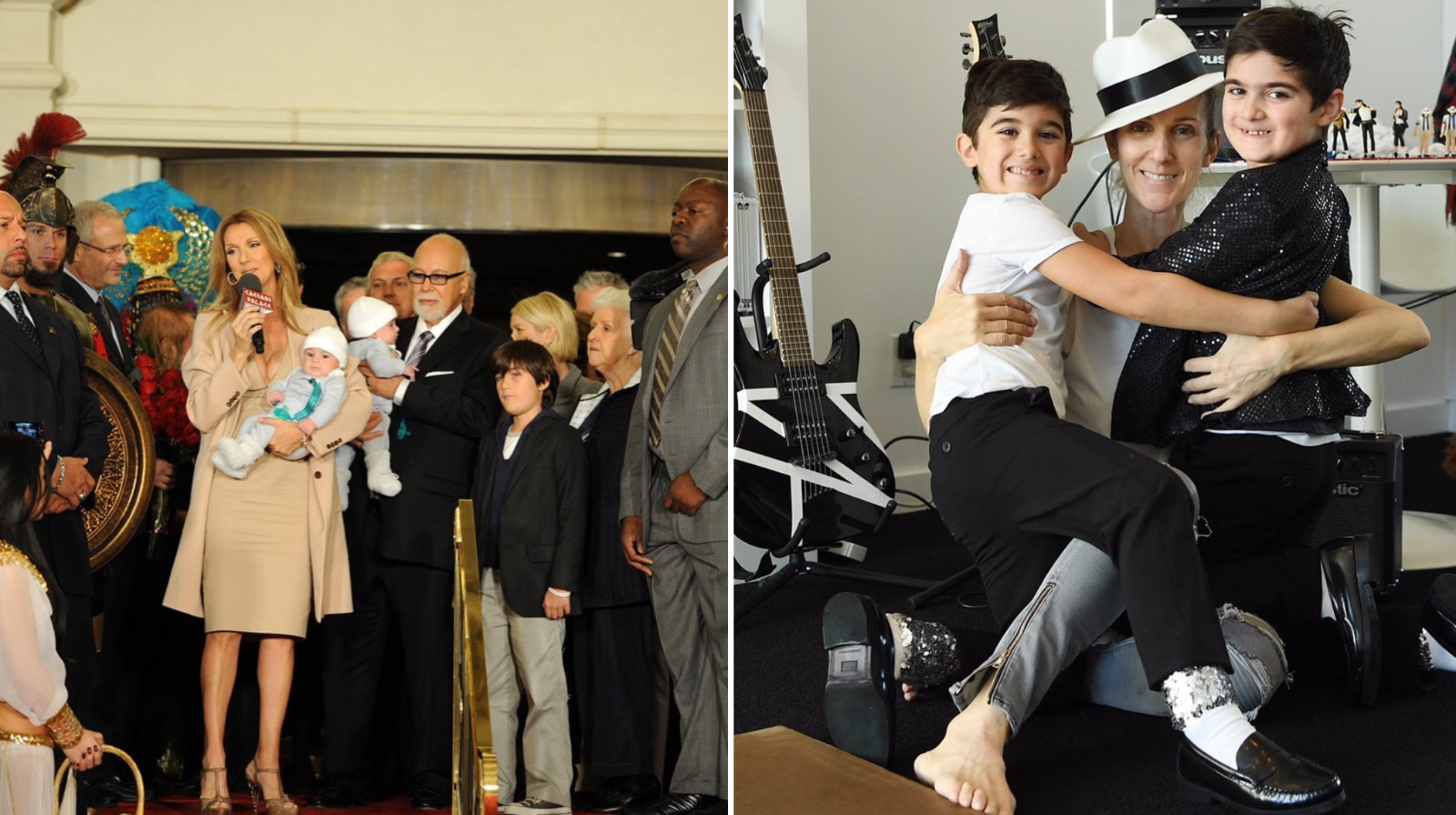 These two babies are so big now!

Celine Dion gave birth to she and René Angélil's twins, Eddy and Nelson, in 2010. Celine tends to keep the kids' lives more private, but she will sometimes posts snaps of them on stage with her! 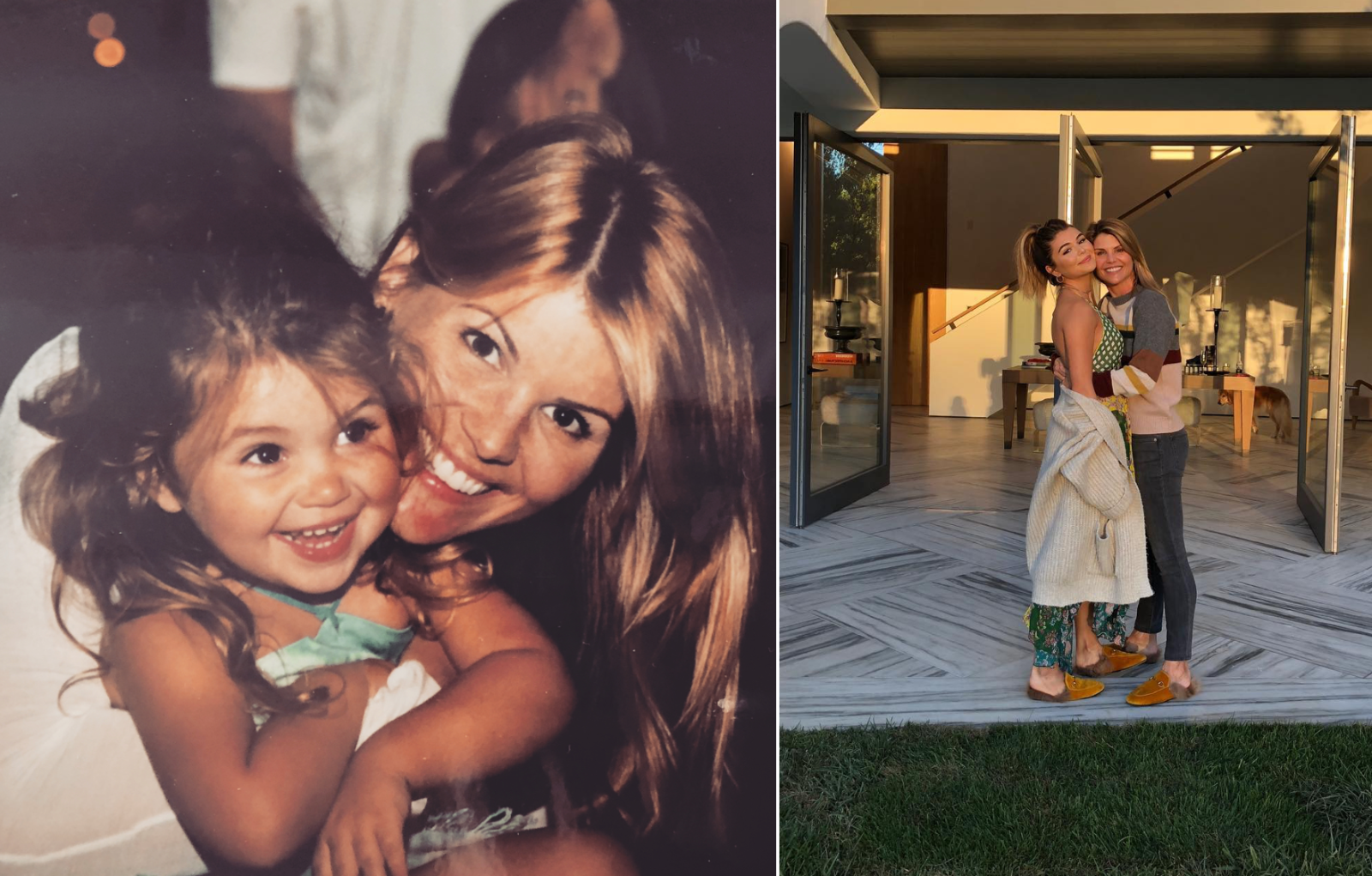 Well, you certainly know a thing or two about this mother-daughter duo, at this rate.

Olivia Jade is (or was?) a social media influencer and YouTuber. After her mother's college admissions scandal broke out, she left social media.

Lily-Rose Depp didn't follow in the footsteps of her father, Johnny Depp.

No, instead she chose to emulate her mother, Vanessa Paradis. She is now an incredibly successful model who walks for huge brands like Chanel. 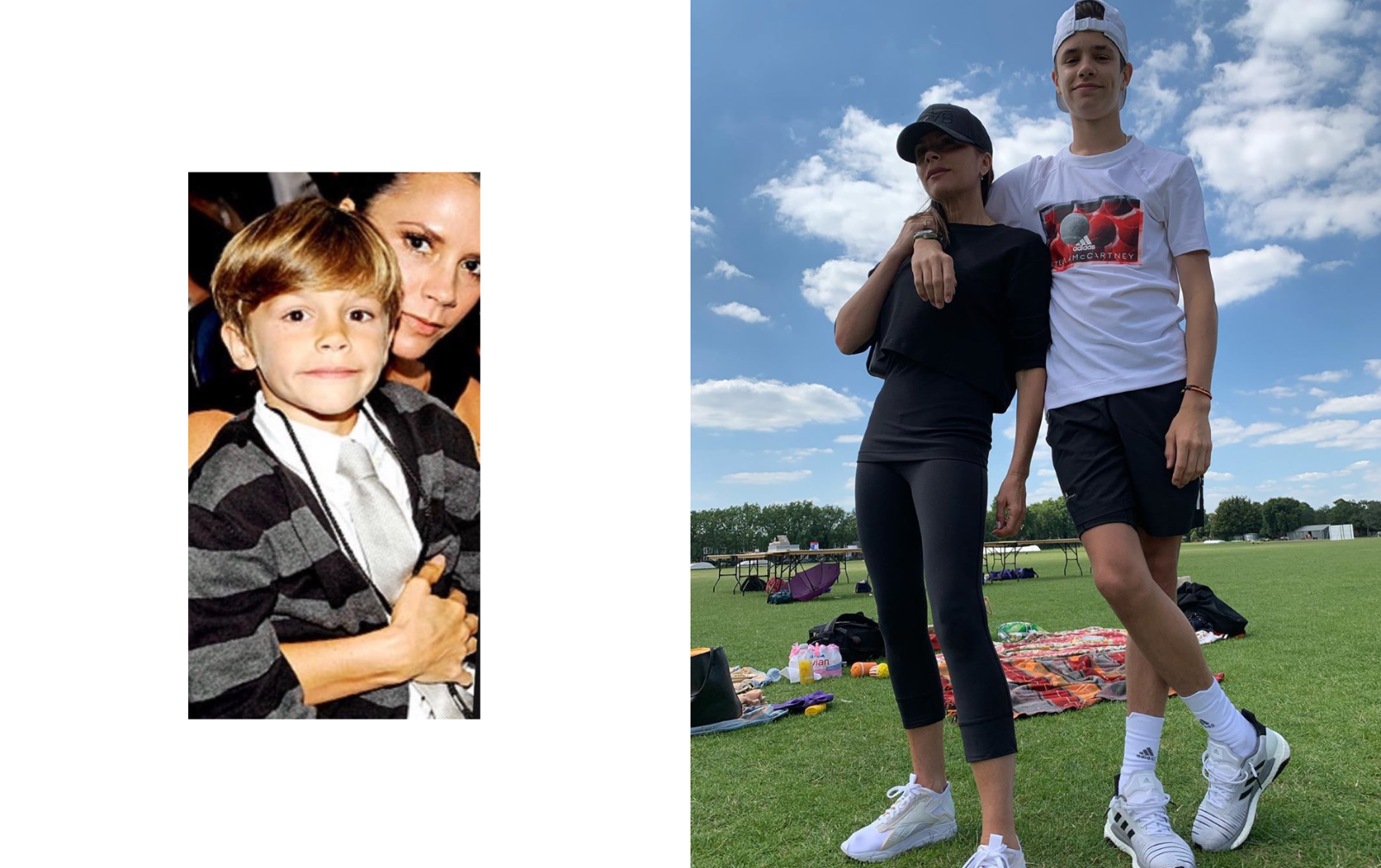 Like his brother, Brooklyn, Romeo seemed to grow up overnight!

Born in 2002, Romeo is not only growing up figuratively, but literally—he's now way taller than Victoria, and it looks like he's pretty proud of that fact!

Robin Wright and Sean Penn had two children together before divorcing in 2010.

The eldest, Dylan, is now a (bet you can't guess this one) model. She has modeled for magazines like Elle, GQ, and Maxim.

Catherine Zeta-Jones and Michael Douglas have two children together: Carys, born in 2003, and Dylan, born in 2000.

They're all over each other's Instagrams, and for good reason: this is a tight-knit family!