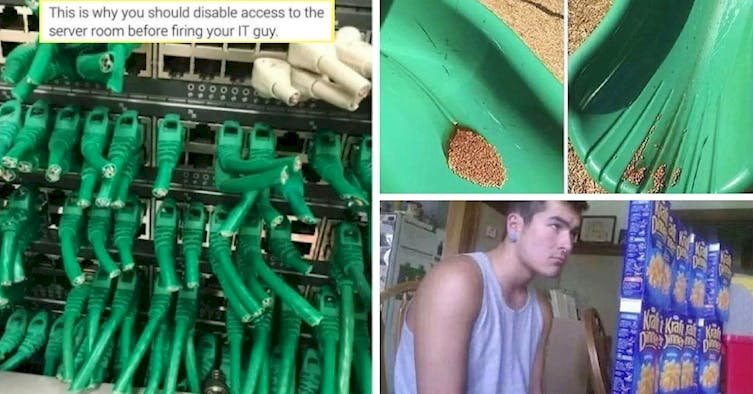 24 People Who Are So Over It

We all know what it's like to be so over something that you've basically just given up forever. Maybe it was a long essay you were writing or when you were working a terrible job — whatever it was, we've all been there.

But have we been 200% there? These people have. And they're as over it as you can be.

1. This "dress code violator" who is actually so done with being policed on what she wears. 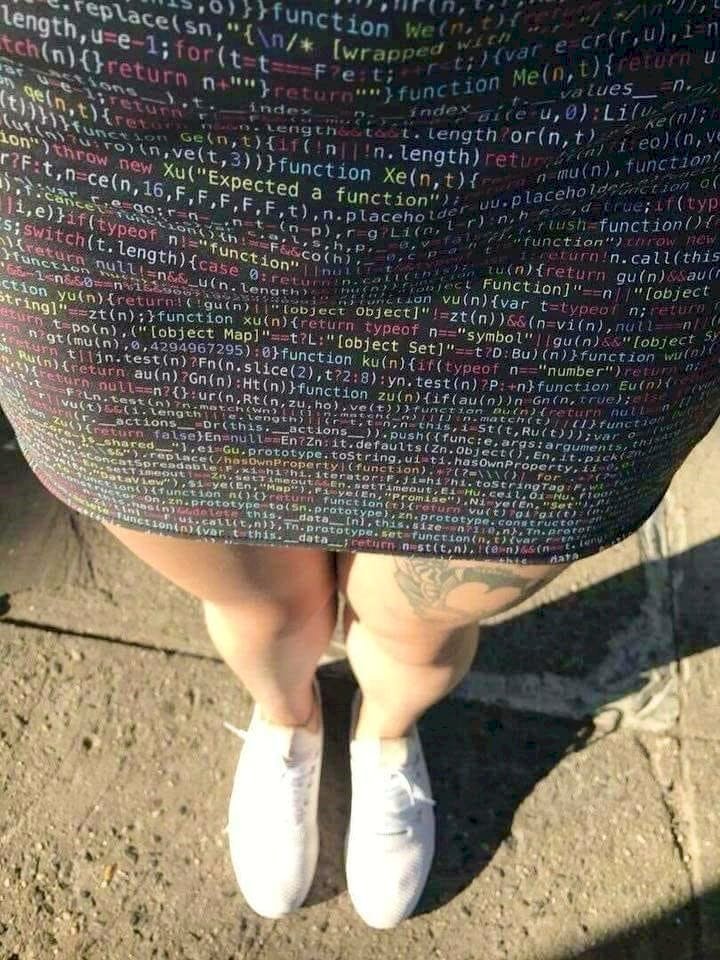 2. Whoever was in charge of fixing this swing and became the epitome of the word "meh." 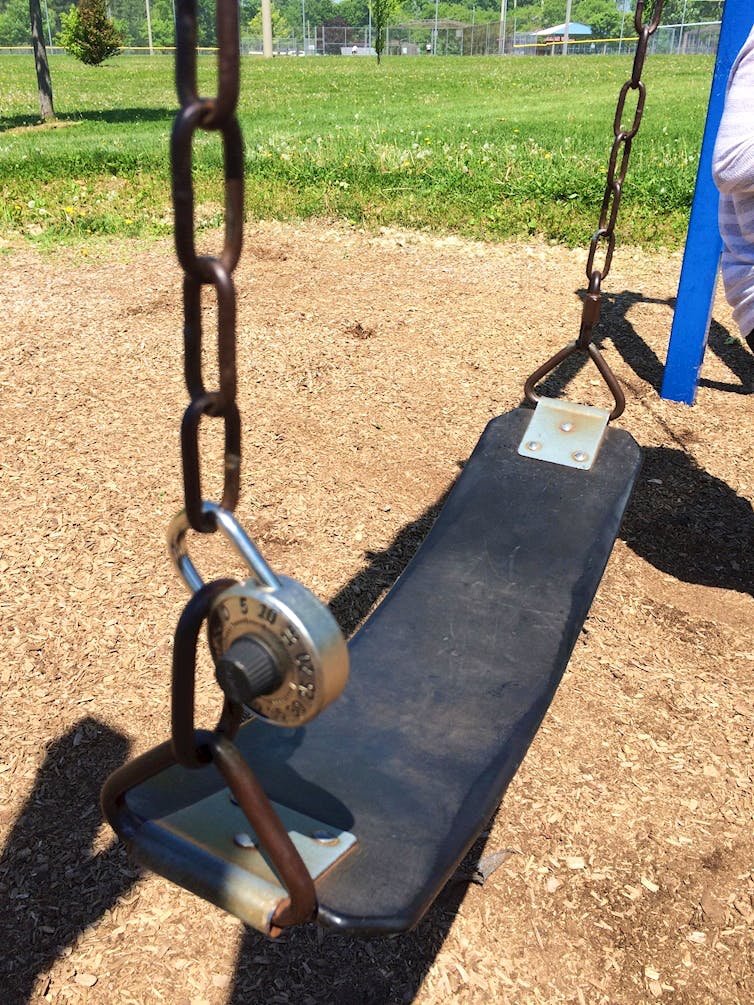 Imagine knowing the code to this lock and waiting 'til your friend was sitting on the swing and then unlocking it. Call Ashton Kutcher because that's getting punk'd!

3. Whoever's writing descriptions for eggs these days and has just given up. 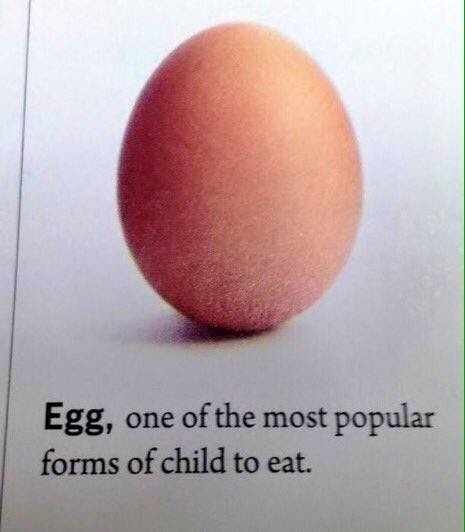 What was the context behind this?! Were children mentioned anywhere else in this textbook/document or was this the only instance? And did a human even write this, or was it like, a dinosaur or something?

4. The guy sleeping in the drinks fridge who's sick and tired of the heat. 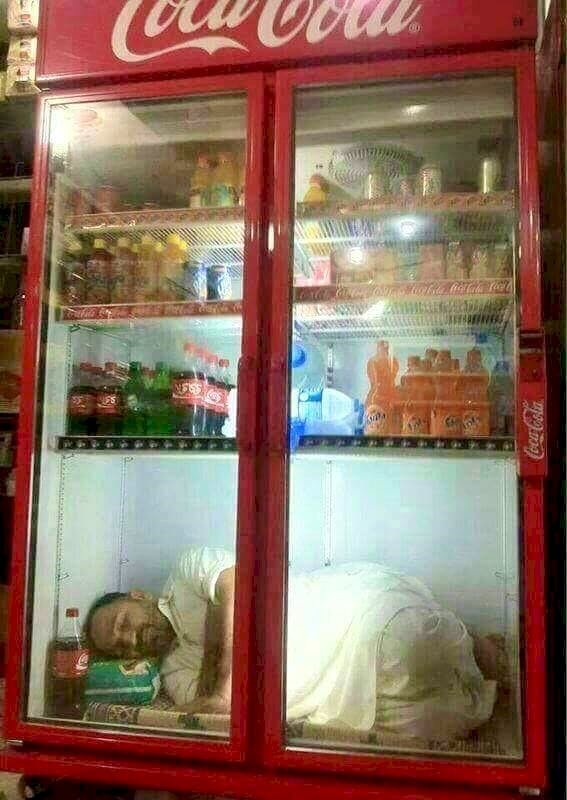 Customer: "Okay so one Fanta, one Coke, and what do I want... Hmm... Okay, I think I'll just grab the sleeping man on the bottom shelf. No straw, thank you."

5. The guy who got cut off and wasn't too happy about it.

I want to see a revenge movie but instead of action heroes, it's all parents getting low-key revenge like this.

6. The person who is not at all a fan of the beans-on-the-slide situation. 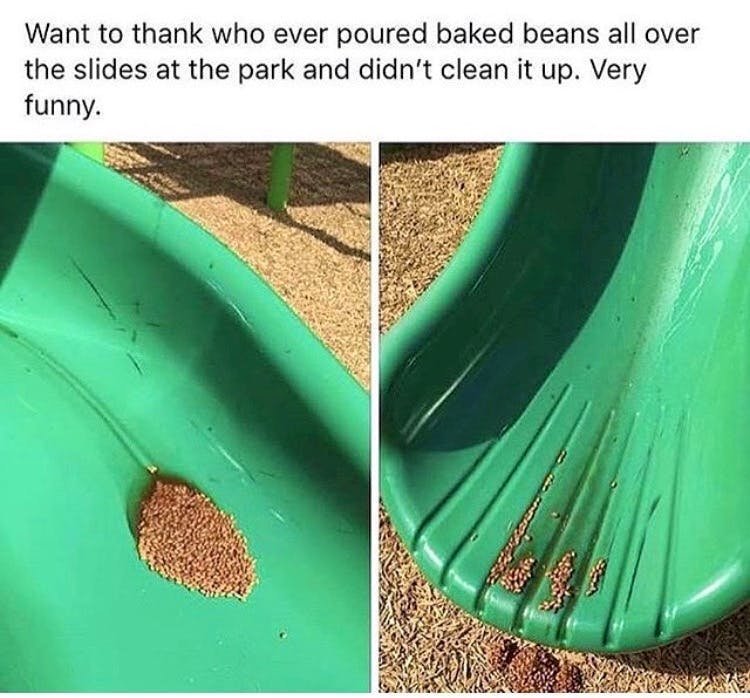 Hey, this is fun — sing "Beans on the slide" to the tune of "Beez in the Trap" and thank me later.

7. The guy who does not give a HECK about the store's return policy on dead plants. 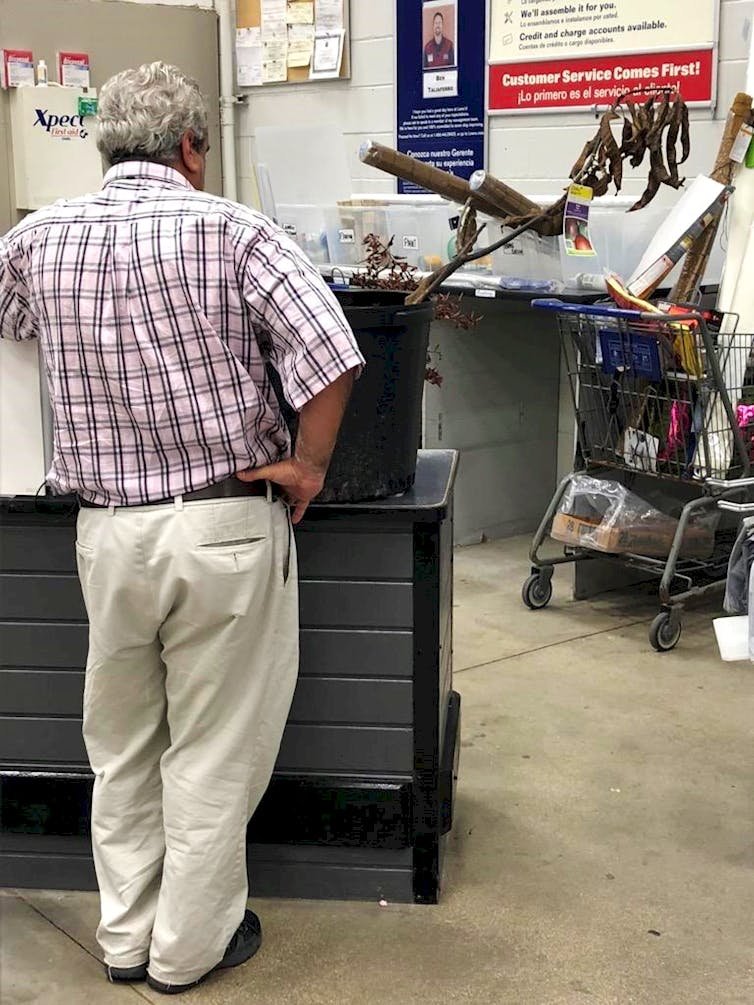 "You said lifetime guarantee! I don't care if you meant the lifetime of the plants! I'm still alive, aren't I?"

8. Any student who has ever been down in the mouth about trying to meet a word count.

Thesaurus for every single word? Check. Adding adjectives before every noun? Check. Hating every second of it? Check.

9. These cats who are cheesed off at both each other and the conflict resolution they're being forced to do. 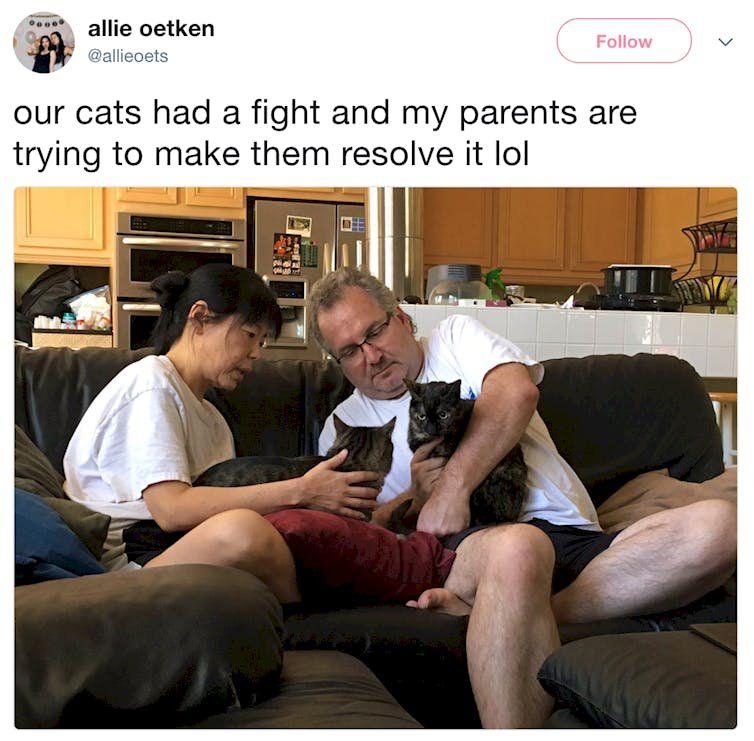 Have you ever seen such a petulant cat? Is this what parenting is?

10. This mother who can't even with her super literal son. 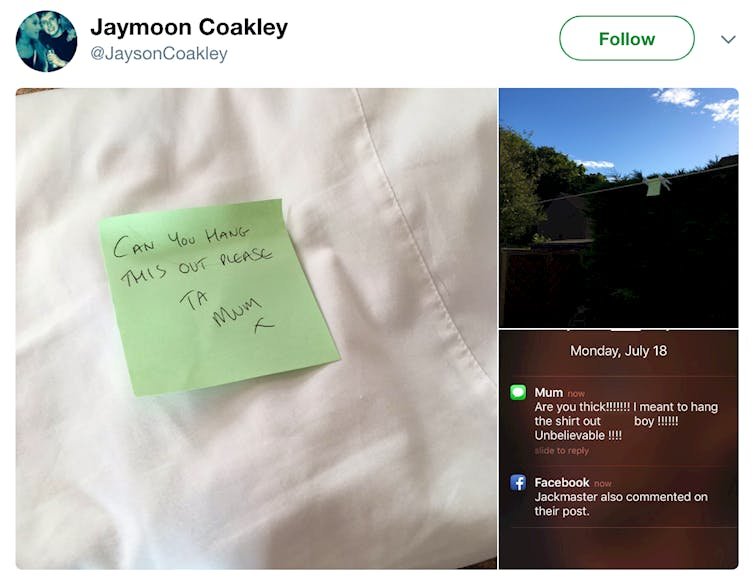 "Gee, why would mum want me to hang out a Post-It? Seems odd...but I definitely won't think about it too hard. I just do what I'm told!"

11. This graduate who had just about enough of putting effort into college. 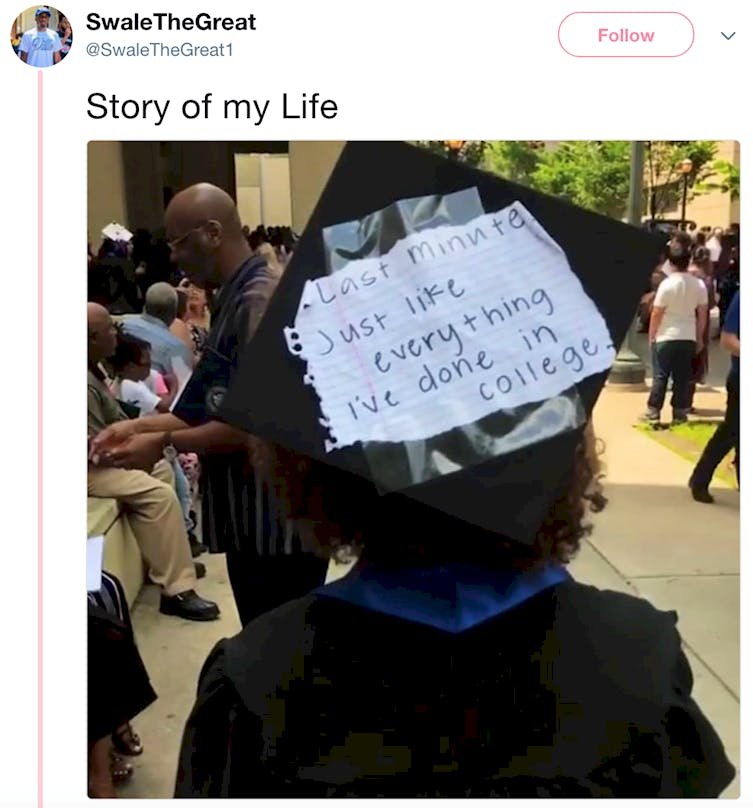 A cap decoration that's minimal effort and maximum effectiveness? This is genius. I bet this student was valedictorian.

12. This dude who has had it up to here with his mother. 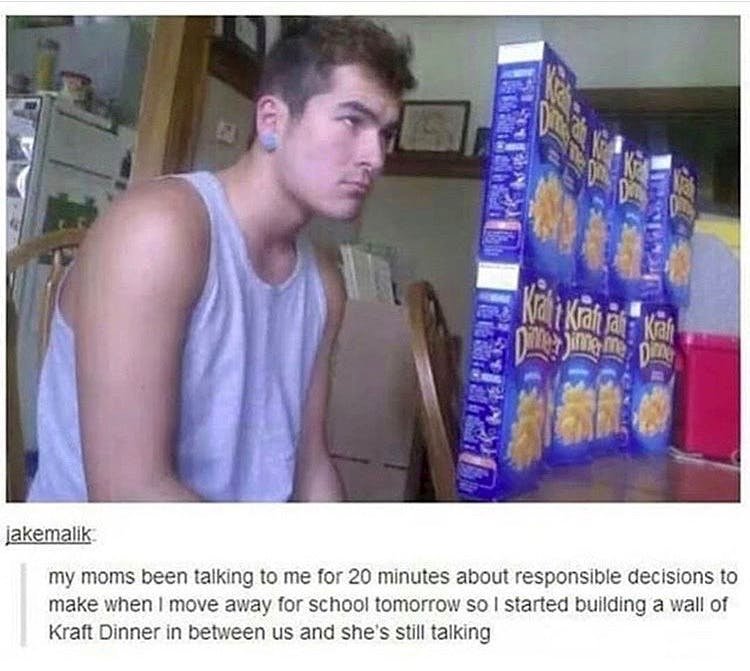 It's nice that this mom is looking out for her son. Unfortunately she can't look at her son because of all the boxes of Kraft Dinner.

13. This boyfriend who has clearly dealt with this kind of nonsense from his girlfriend before. 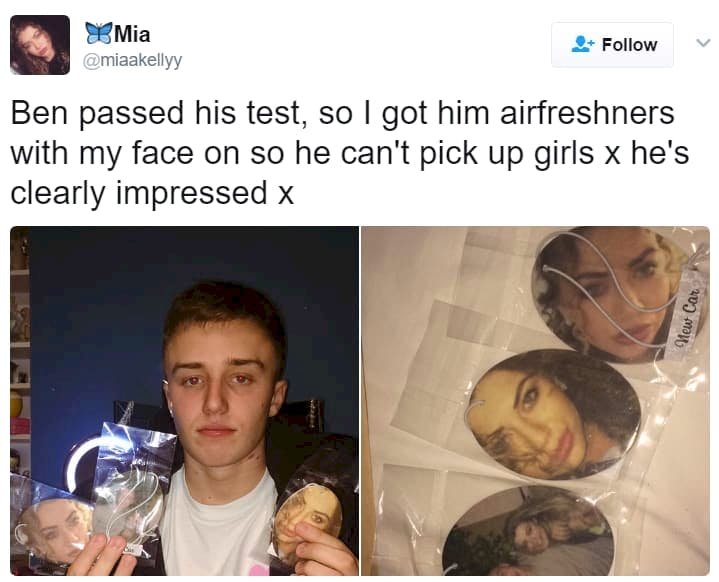 Where do you even get something like this made? I'm sure he's going to love the reactions when his friends see this.

14. This person who is fed up with people abusing their fridge privileges. 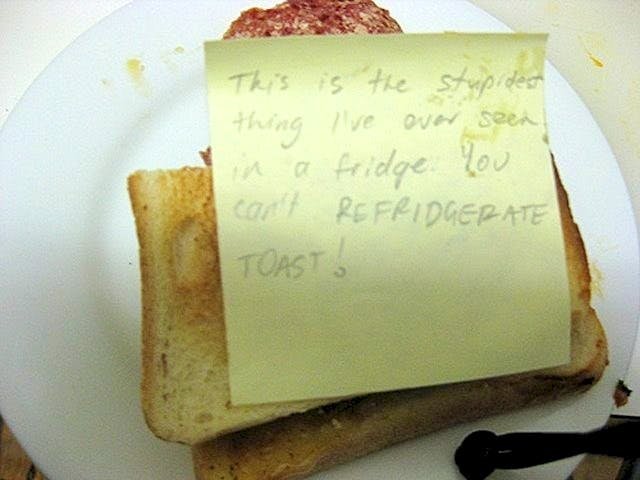 In the note writer's defense, putting toast in the fridge would actually make it worse because it would get soggy faster. Don't waste precious community fridge real estate with this!

15. This zen little guy who has clearly had it up to here with the rest of his classmates. 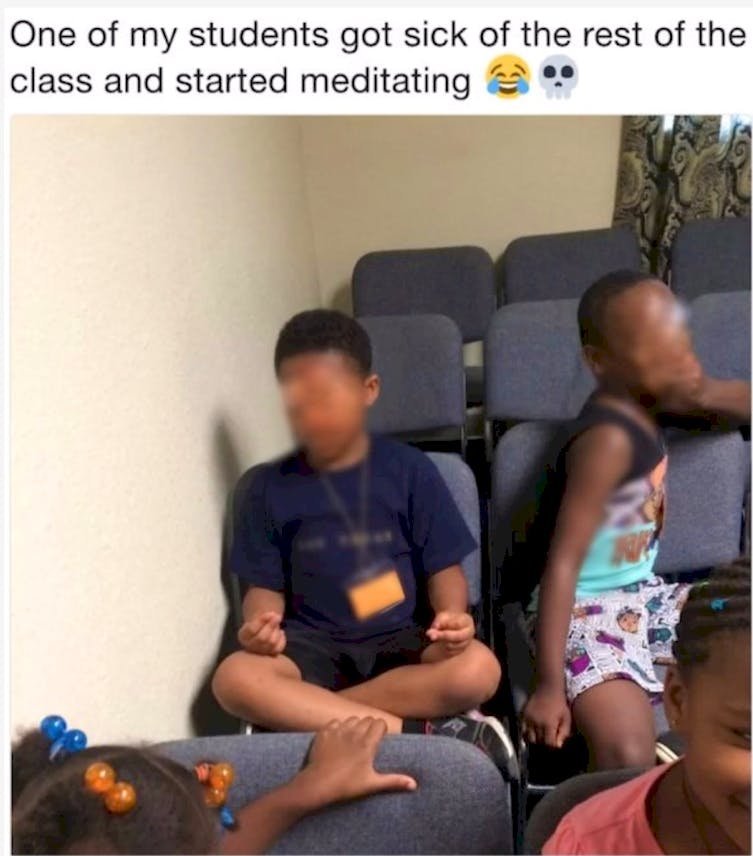 Honestly, I wish I knew how to meditate so that I could block out my surroundings too. This kid is probably super centered in comparison to everyone else.

16. The firefighters at the John Limerick Station. 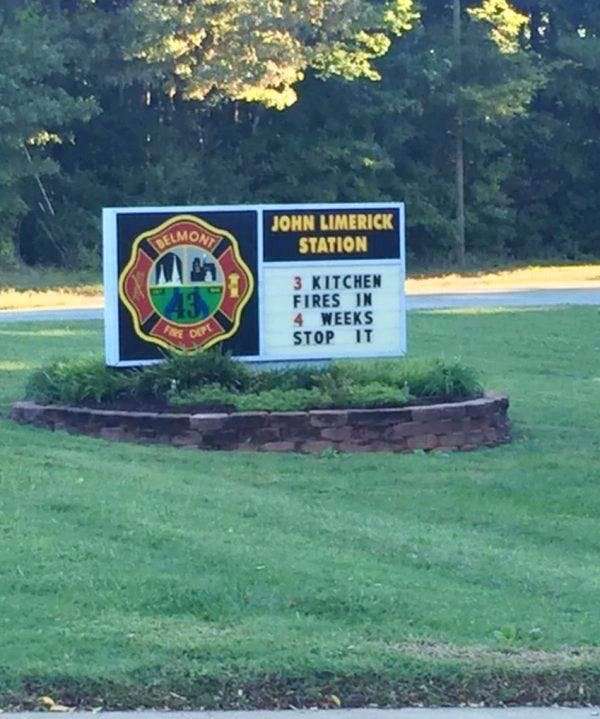 On one hand, complaining about the thing that keeps you in business doesn't seem like a smart idea, but on the other hand, neither does advocating house fires. I see where they're coming from.

17. This little dude who looks like he desperately needs a nap. 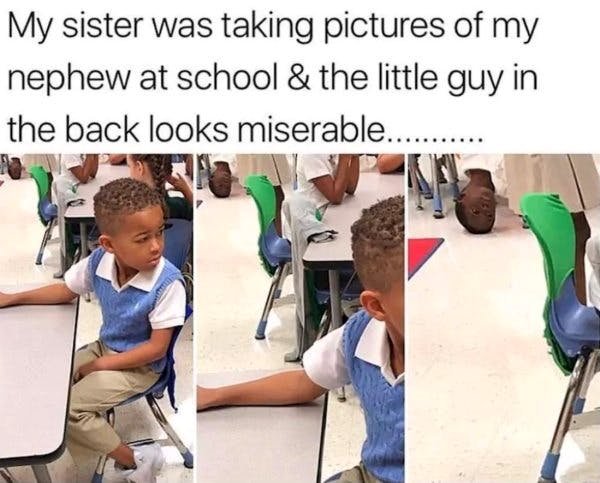 It's a shame he doesn't go to school with the meditating kid from that other picture, because I bet he could teach him a thing or two.

18. This repair man who is clearly being paid hourly. 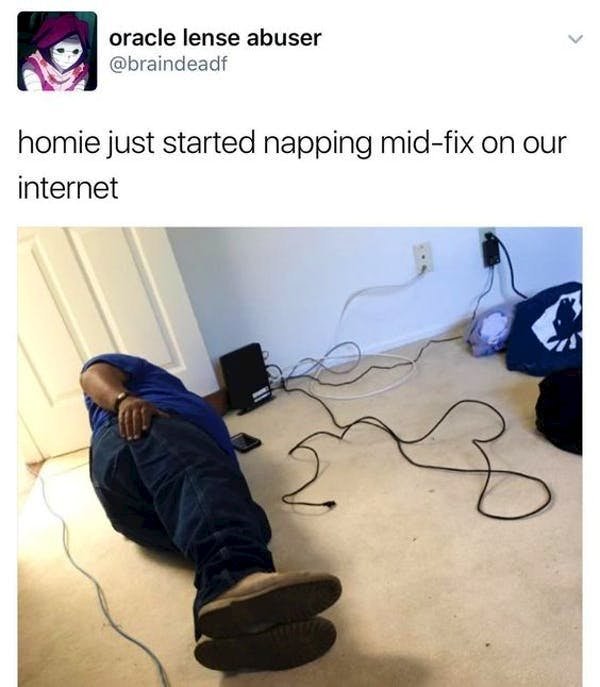 There must've been a lot of outages that day because this repairman is clearly gassed. Hopefully they don't need internet right away. 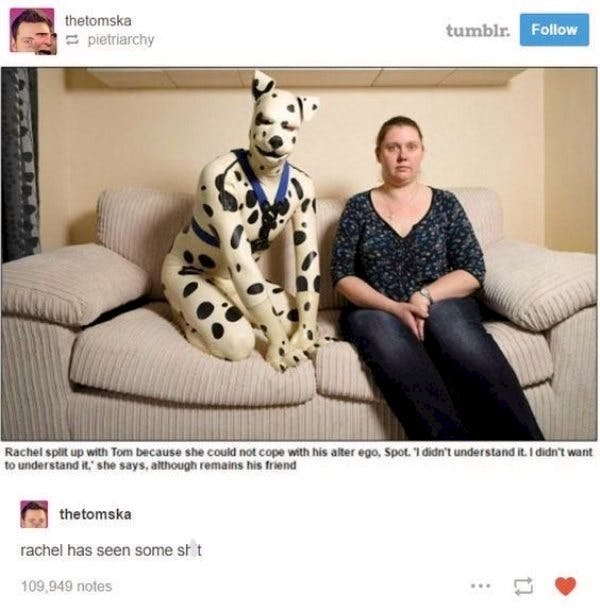 Sounds like she tried to make things work with Spot, but at the end of the day, they were from different worlds. Maybe she didn't like going for walks as much as he did.

20. This holistic Whole Foods shopper who has strong opinions about their checkout process. 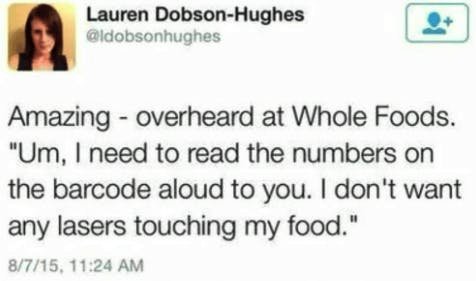 What does she thing the lasers even do, transmit negative energy? Sounds like she's the only one passing those vibes.

21. This person who, for whatever reason, is growing very weary of their neighbor. 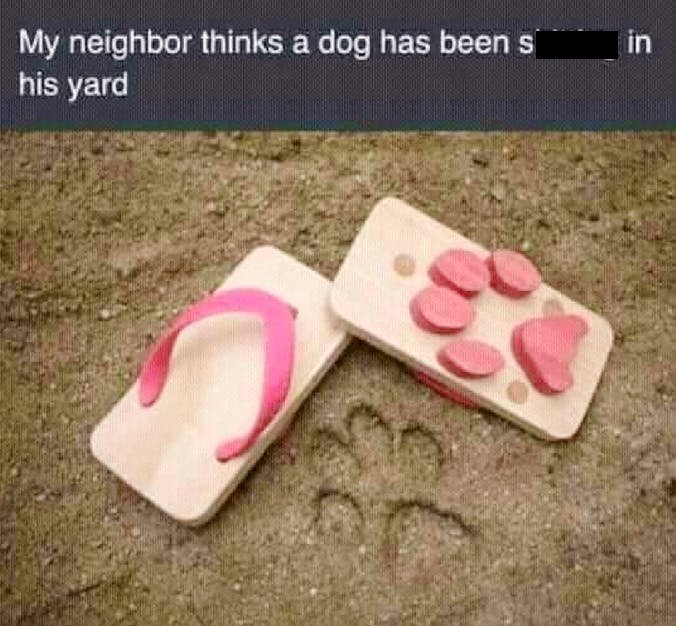 22. Tristin, who is FED UP with Tarikya. 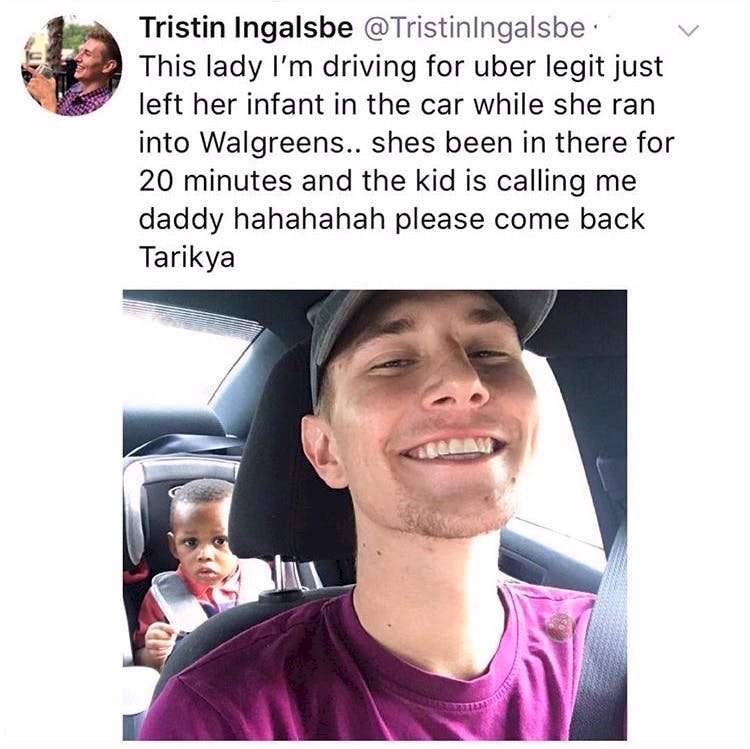 To be fair, stepping into Walgreens is like stepping into Narnia. You don't know what adventures you'll go on or how long you'll be gone.

23. The lunch-maker who is sick and tired of sandwiches and salads, and is taking more of a "just have whatever's in the pantry" approach. 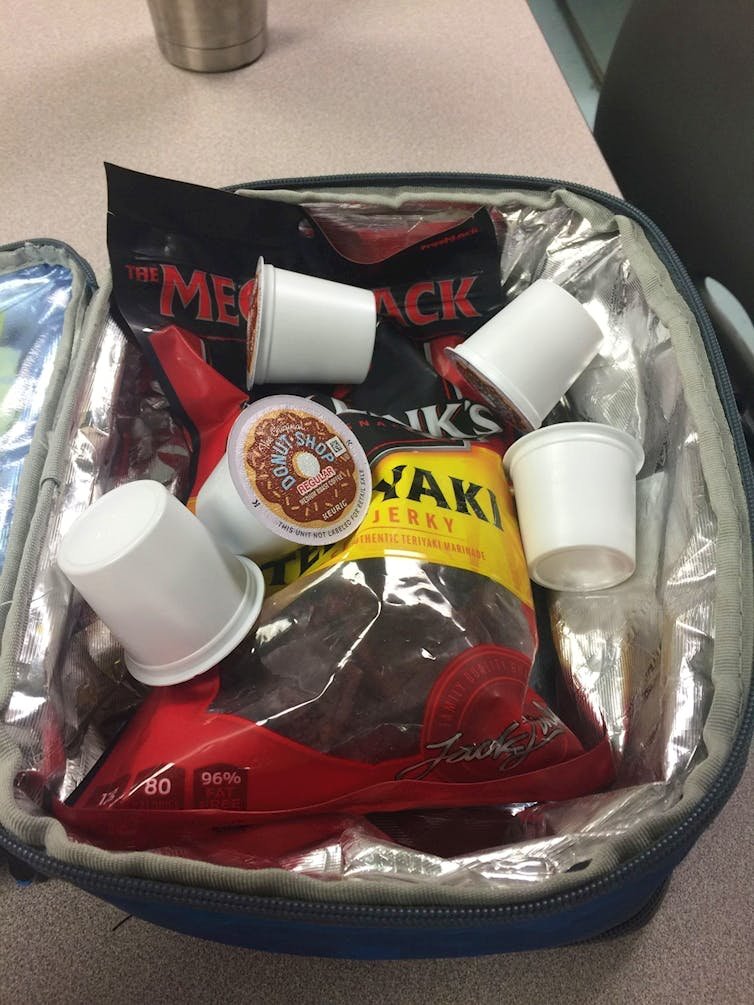 They're no Jamie Oliver when it comes to packing lunches, are they?

24. And of course, the IT guy who didn't care for being fired. Not one bit, not at all. 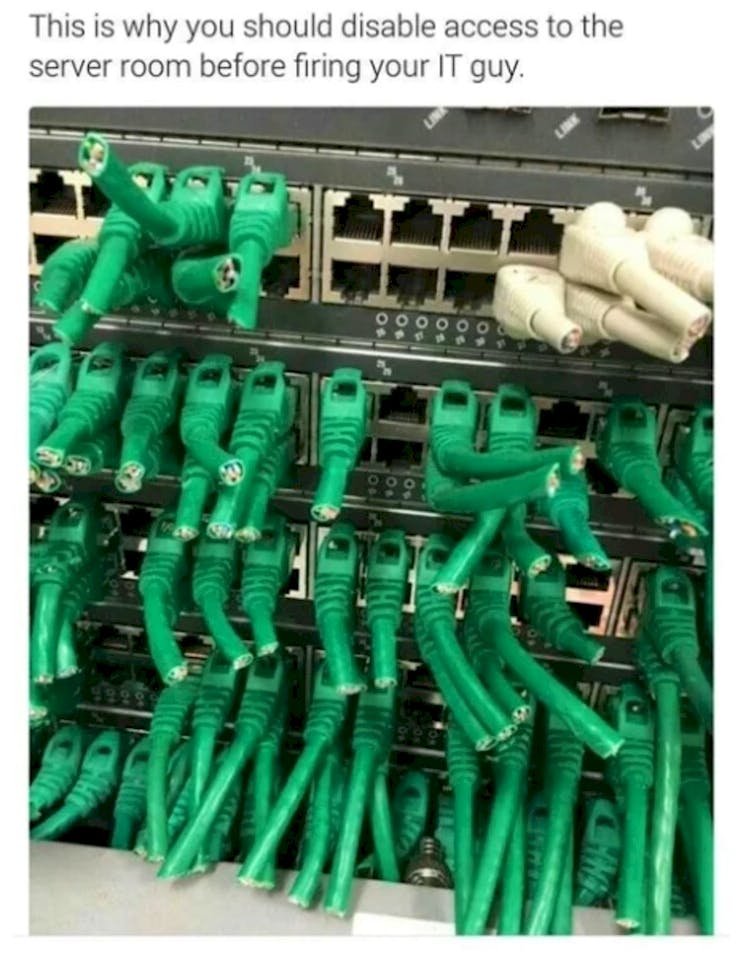 Does this IT guy just carry wire cutters everywhere in case he gets terminated?