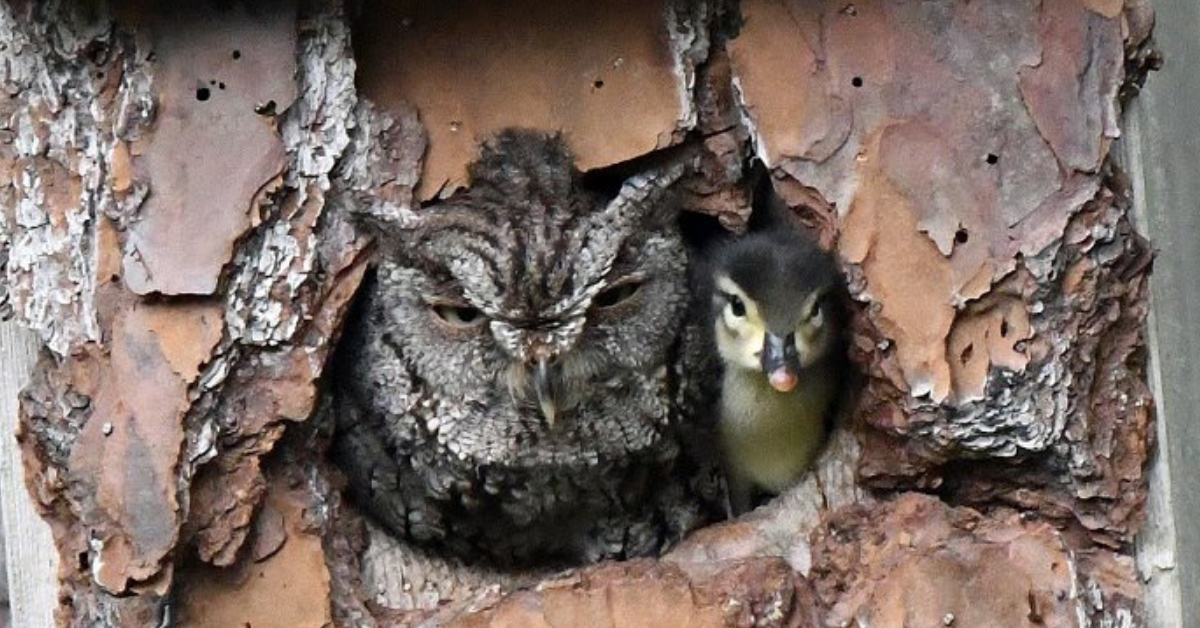 A wildlife photographer and artist, Laurie Wolf, stumbled upon a tender sight: An owl raising a duckling in a nesting box.

Birds Of a Feather 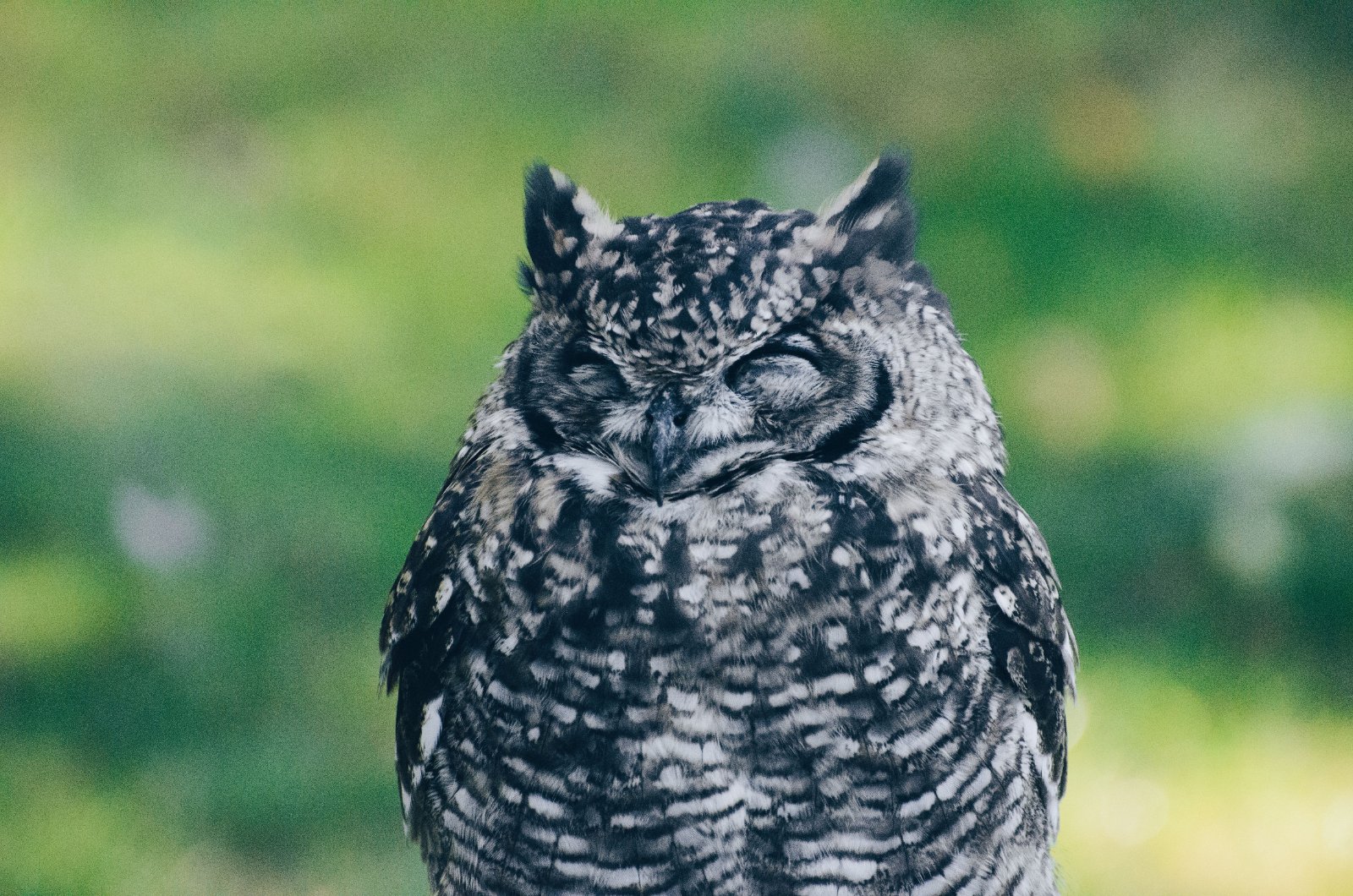 Laurie Wolf of Jupiter, Florida, says she saw an eastern screech owl that had taken up residence inside a nest box she has in her backyard. 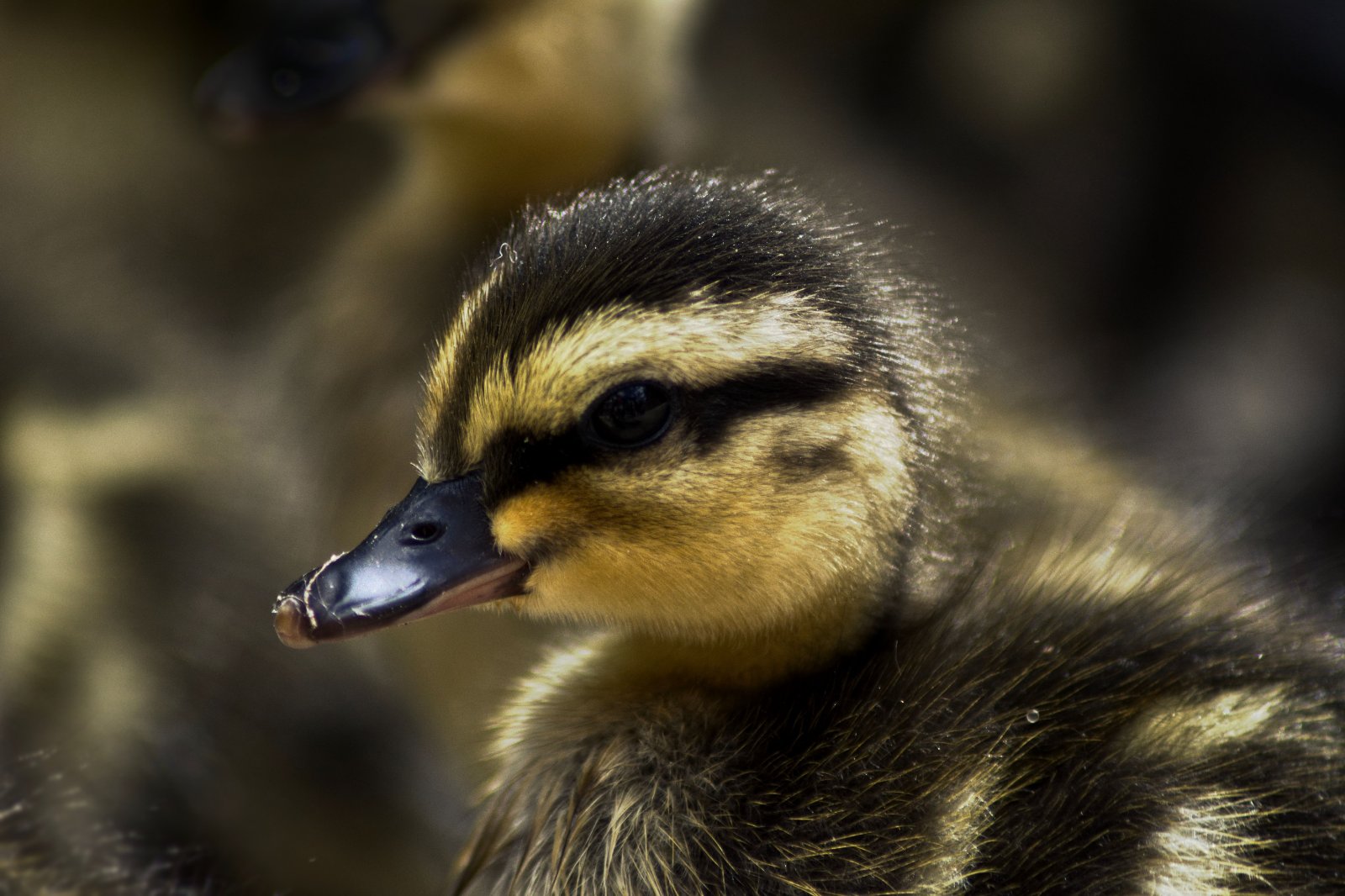 About a month later, Wolf says she noticed a fluffy thing in the box with the owl, so she figured it was a baby owl that was nesting with Mom. 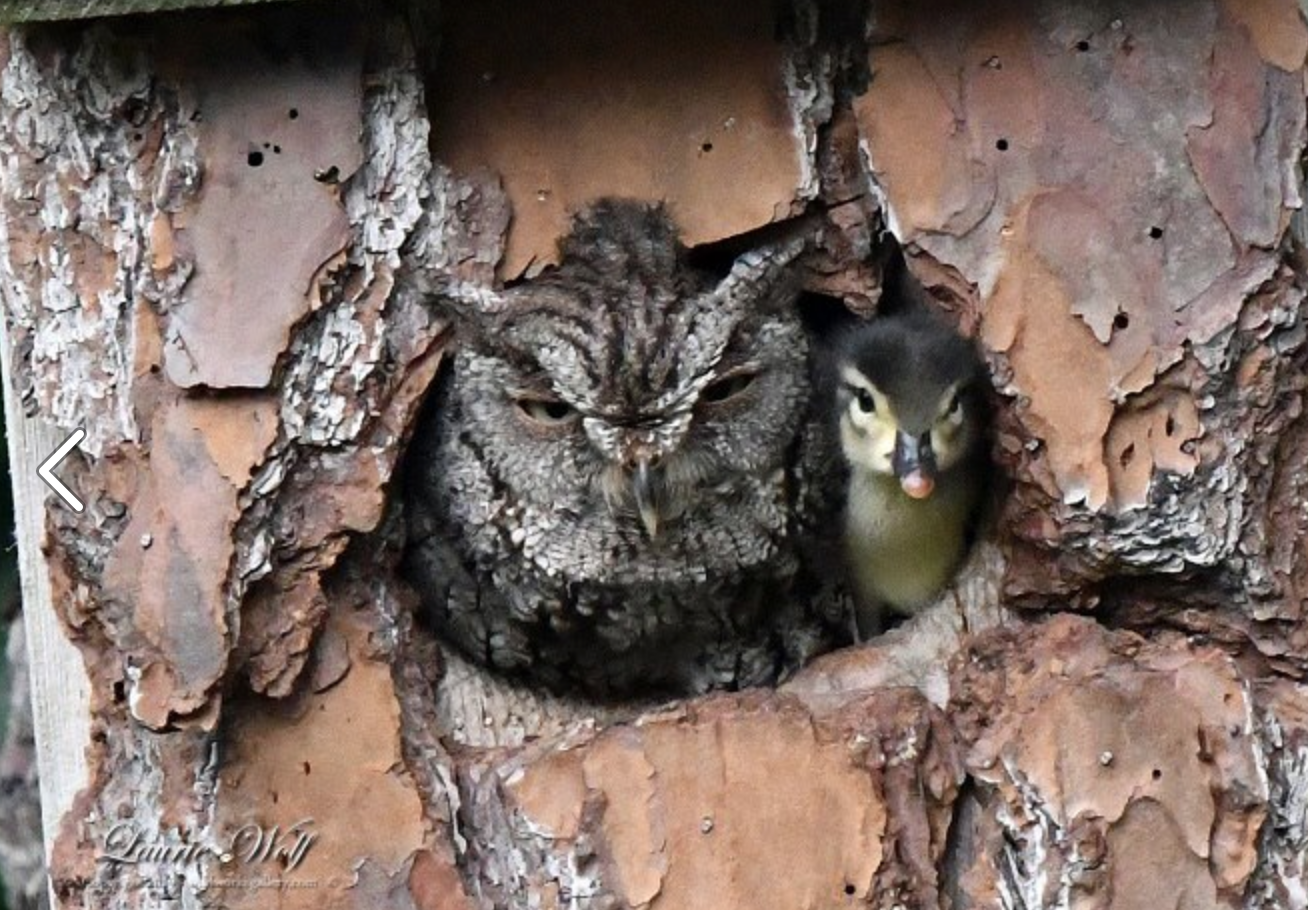 But she soon noticed it was a duckling, yellow and black, that was poking out from the nest.

The baby was identified as a wood duck. Wood ducks have been known to live with screech owls, as National Geographic writes.

Wolf spoke to National Geographic about the finding:

"I don’t think I’ll ever experience anything like that in my life again." 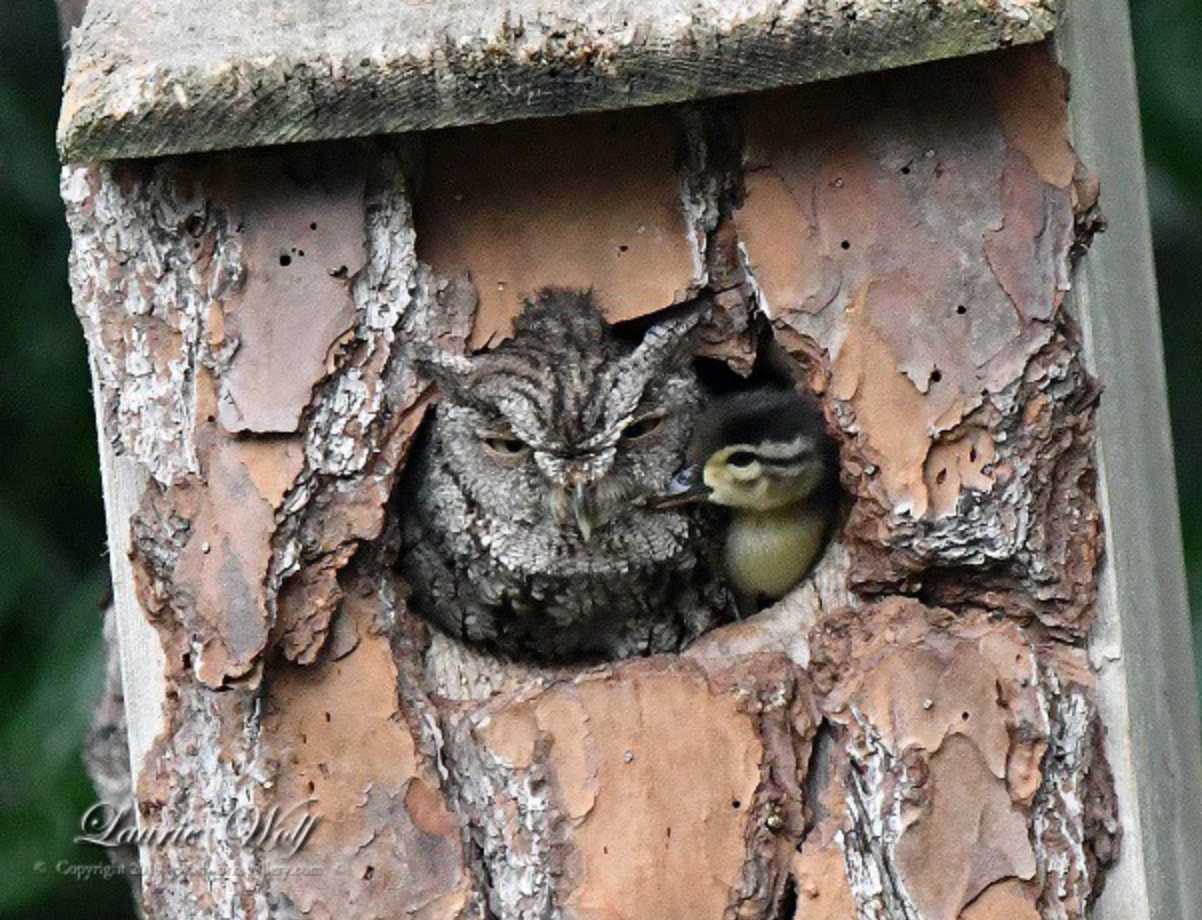 Wolf checked in with a raptor expert, who said the duckling could be in danger, since some owls eat ducks. Wolf was advised to try to catch the duckling, as a wildlife sanctuary offered to take care of the little animal.

"A bit later, the baby duck was in the hole by itself, calling for the parents. We believe they heard each other because it suddenly left the box and made a beeline for the back fence and our neighbour’s pond where the woodies have been hanging out.

"Also we had seen a female wood duck – about three or four weeks ago, remove a duck egg from a box that had been raided by something, and fly off toward this box with it.

"We lost it in the trees and didn’t want to disturb it. But we believe she put it in this box and the owl hatched it."

The Animal World's a Crazy Place

National Geographic says wood ducks are brood parasites, which means that sometimes the mom duck will lay its eggs in a foreign nest.

For example, other birds of prey, like an American kestrel, have incubated foreign eggs like a bufflehead duck. 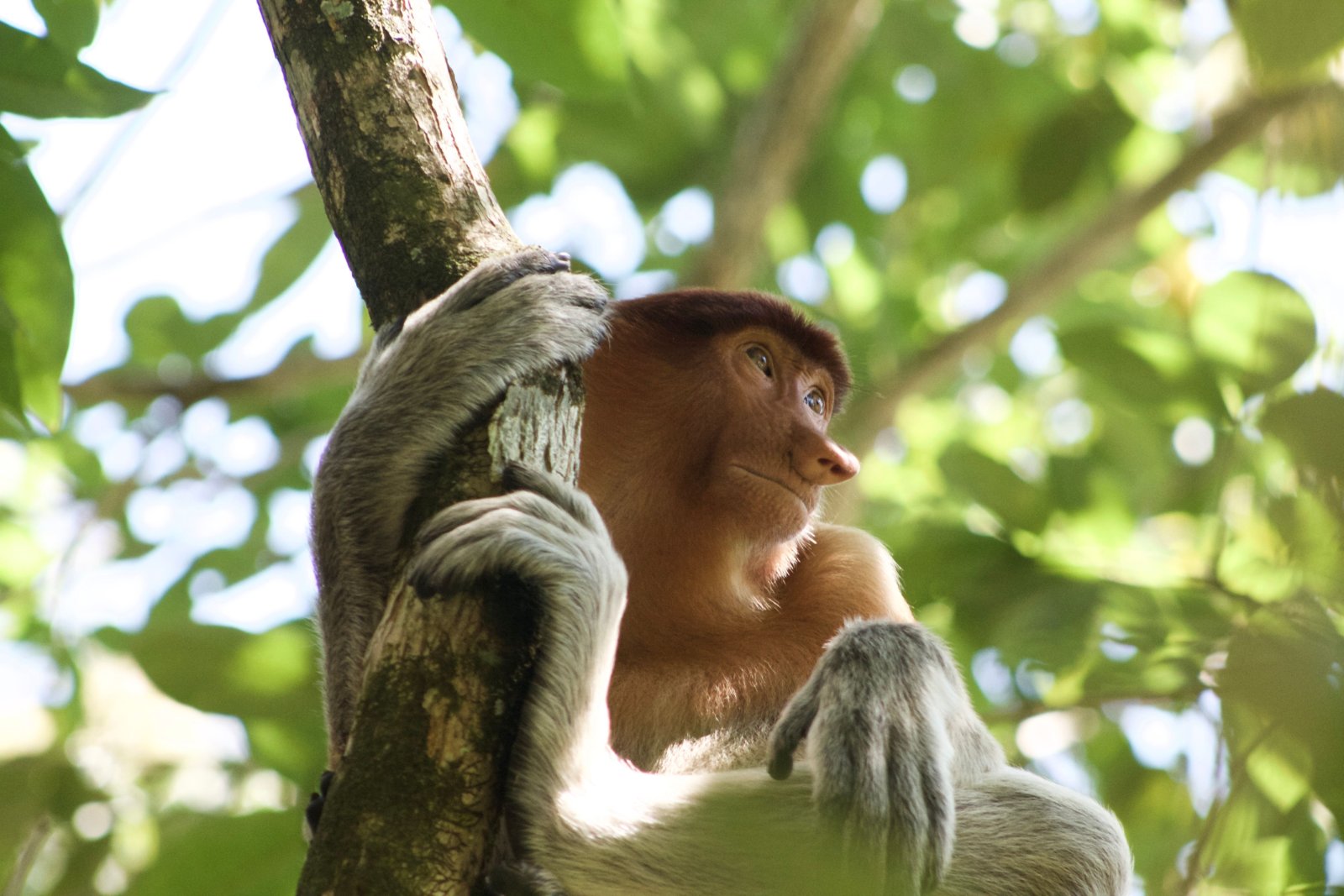 Christian Artuso, the Manitoba director of Bird Studies Canada, says there is a scientific reason that wood ducks do this:

“You could think of it as not keeping all your eggs in one basket. If you spread your eggs out, then your chances of passing on your genes are increased slightly, especially if you lose your own eggs to a predator.”

So it's no surprise, but they just don't know how often this happens. Artuso told Geographic,

“We know this occurs, but we really don’t know the frequency. So I was happy to see another example of this.”

Shortly after discovering the odd pairing, the chick hopped out of the hole and made a run for it toward a nearby pond. Hopefully it found some other ducks and will live happily ever after!