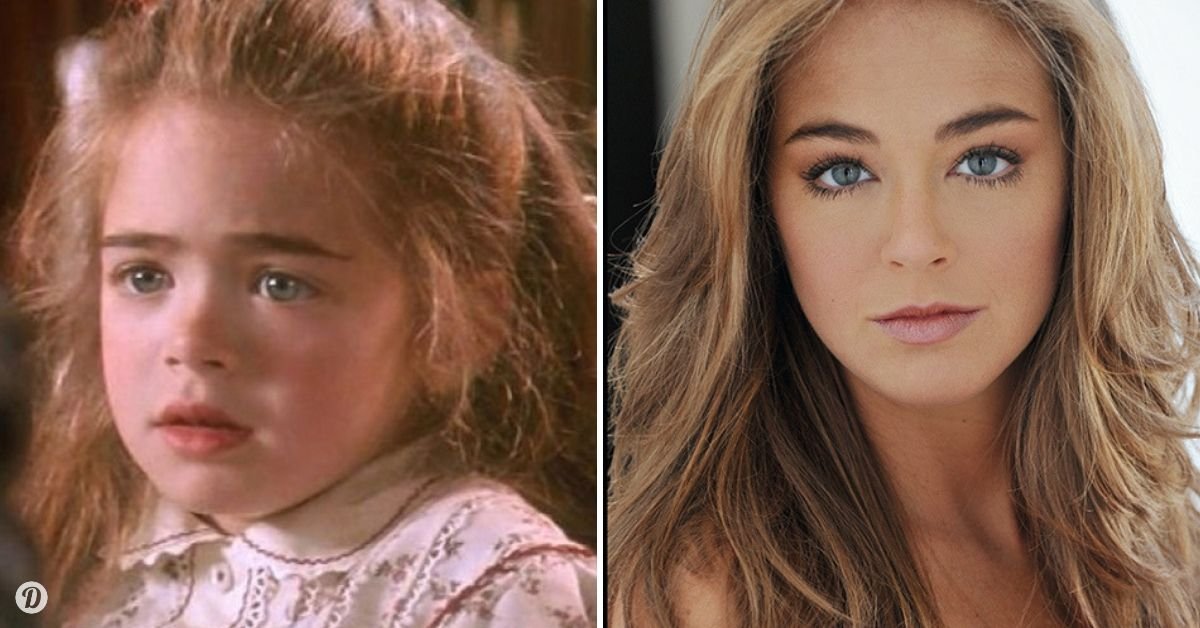 Nostalgia is a hell of a thing. Just yesterday, we were wearing plastic chokers, rocking jelly shoes, and watching new episodes of Full House.

The more things change, the more they stay the same. These actors, however, look a little different from how we remember them. Let's take a look.

The cutie from "Jerry Mcguire". 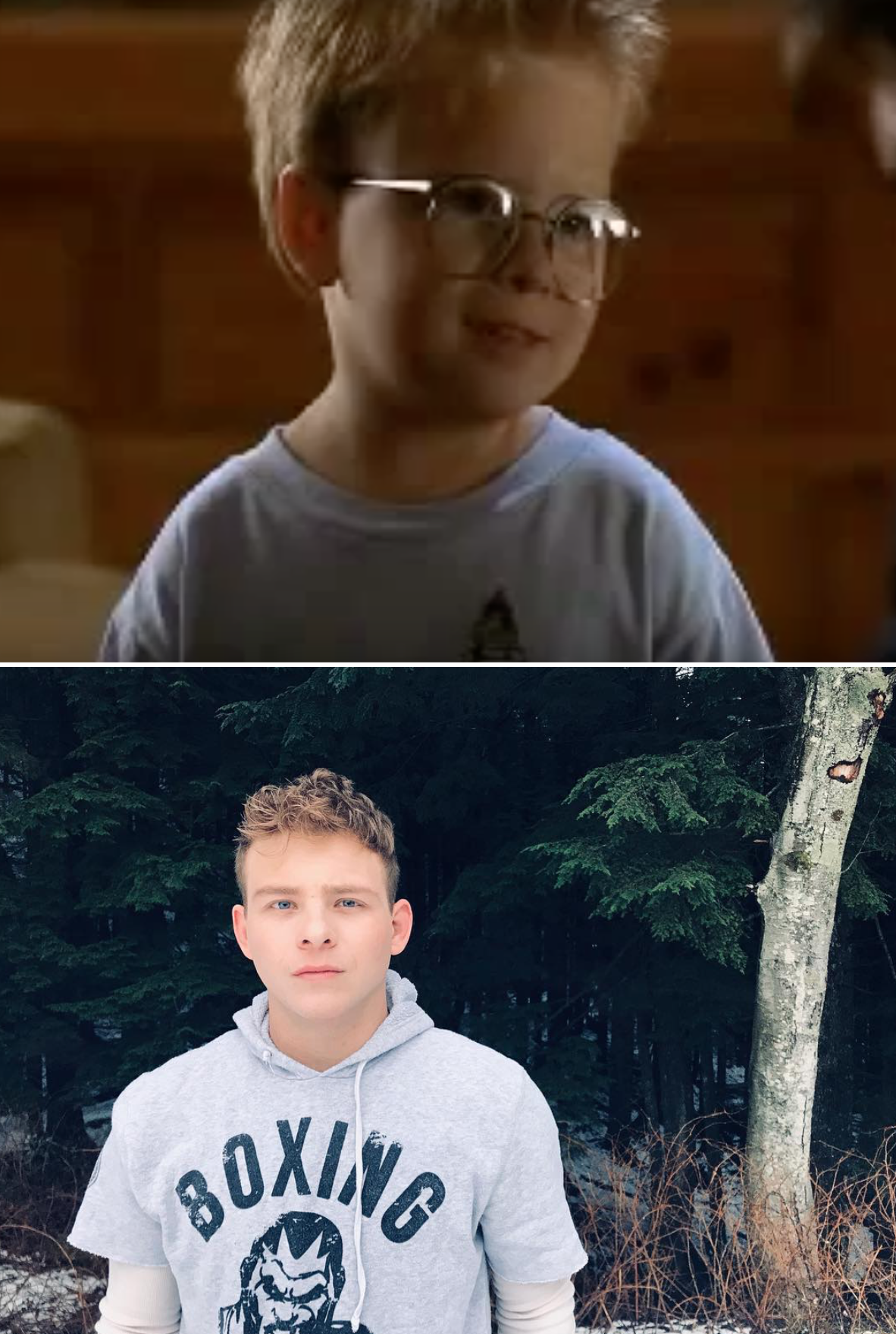 He's still acting these days, with steady roles in both TV and film. He also trains in mixed martial arts!

Did I do that? 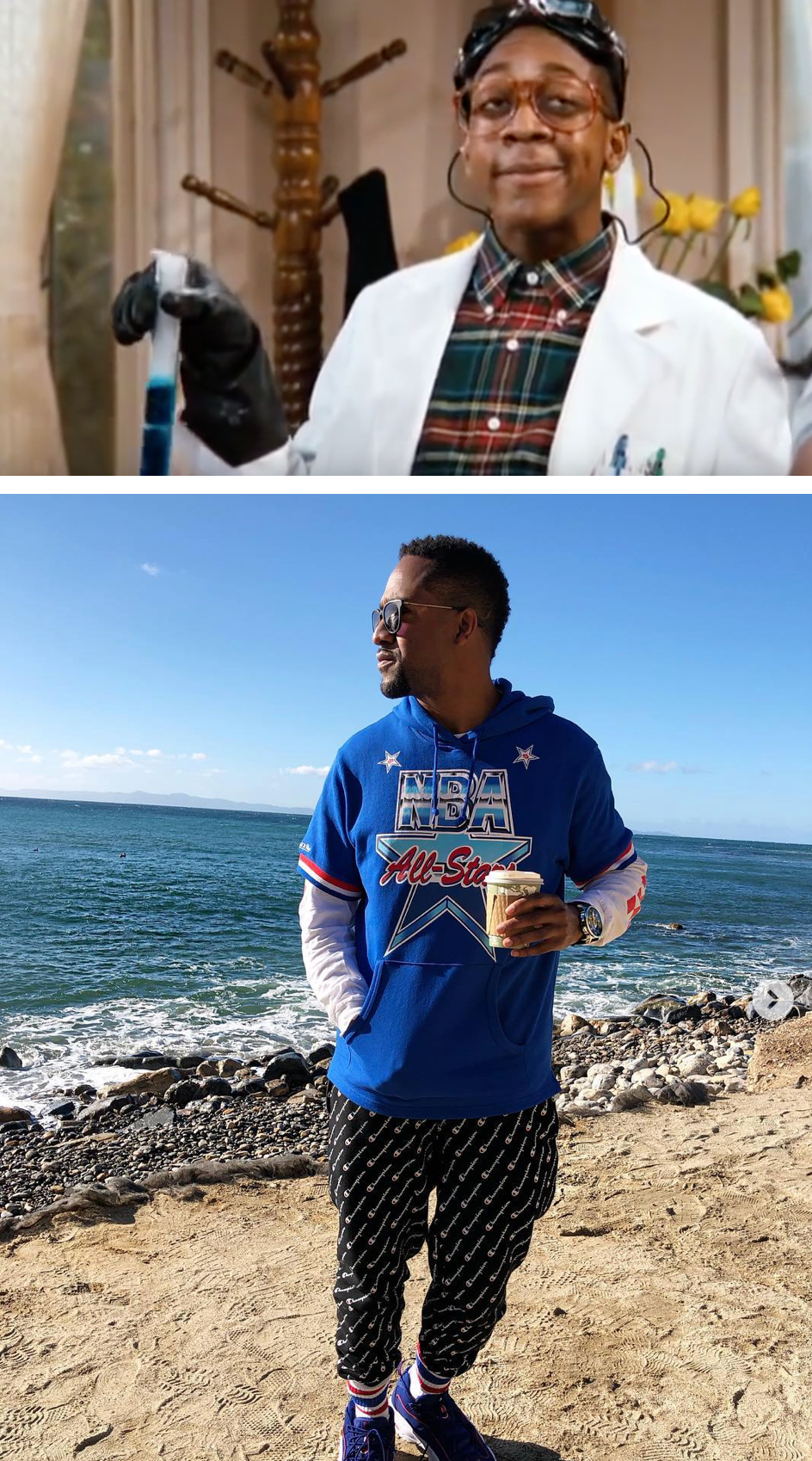 Ah, Urkel. Even if you've never seen an episode of Family Matters, you know who Urkel is — he's tantamount to a pop culture icon at this point.

Jaleel White's career has been very successful since his Urkel days, with multiple roles in film and TV. He frequently recurs on Drunk History.

The OTHER twins from Full House. 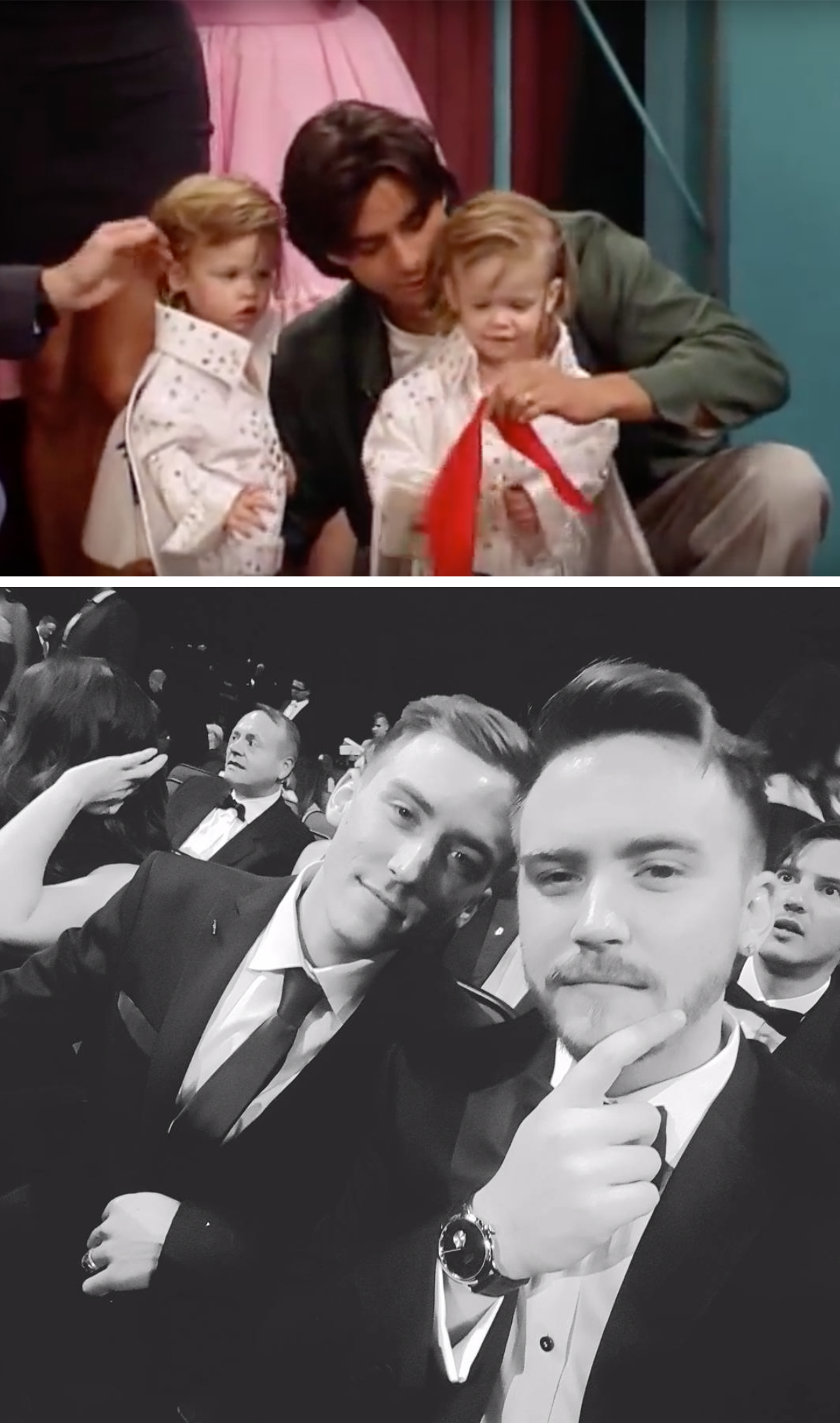 There's the often-talked about Olsen twins, and then there's the precious Tuomy-Wilhoit twins.

The brothers played Uncle Jessie and Aunt Becky's kids in the original show, and are back playing the same characters in Netflix's Fuller House. Cute! 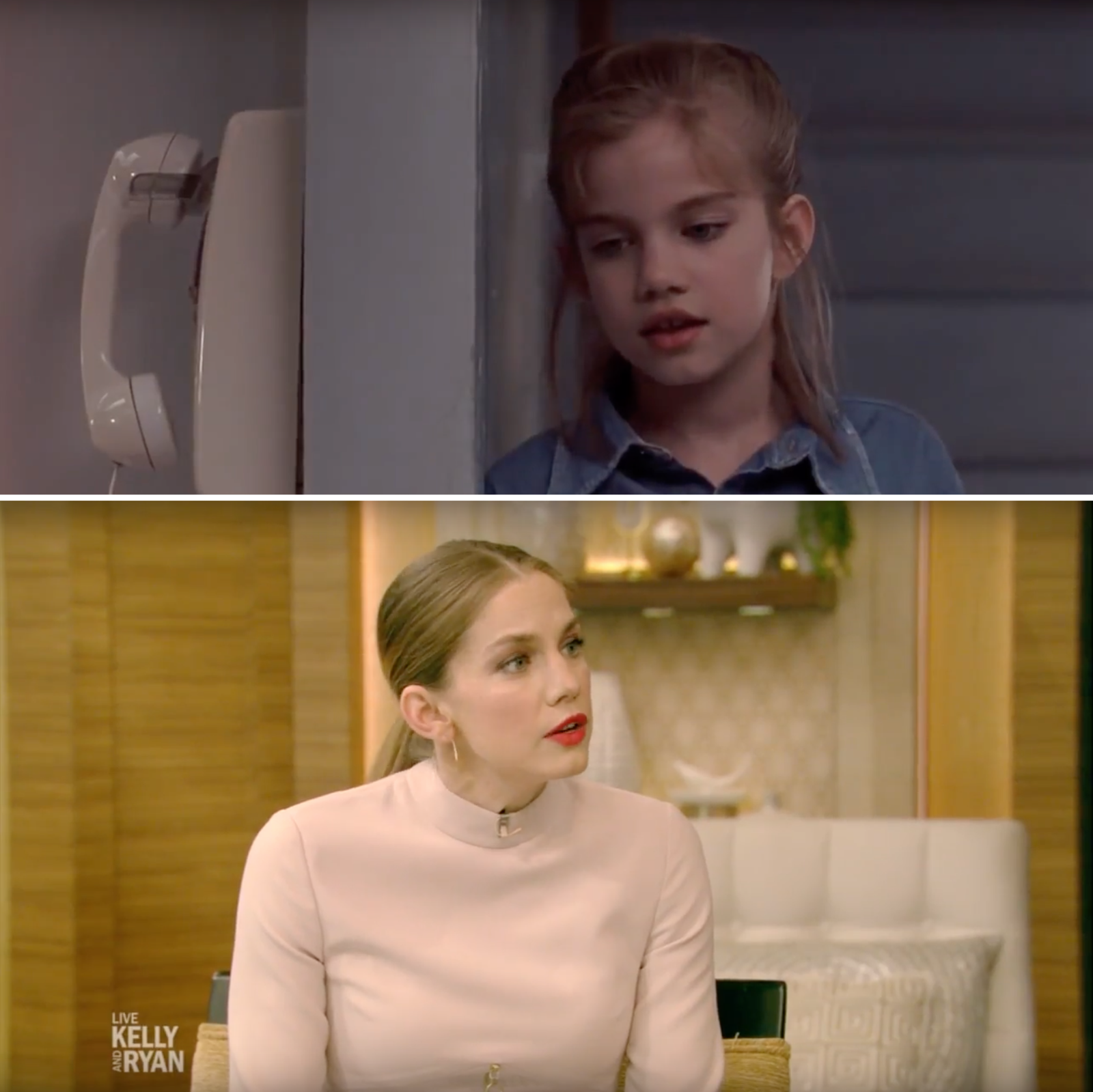 Anna Chlumsky caused tears everywhere with her turn as Vada in My Girl and My Girl 2.

Since then, she's had recurring roles in smash shows like Hannibal, Veep, and Halt and Catch Fire.

Melissa Explains It All.

Melissa Joan Hart reached levels of teen fame few have, thanks to her roles on Clarissa Explains It All and Sabrina the Teenage Witch.

She never slowed down. From Melissa & Joey to her upcoming Netflix series, No Good Nick, she remains as relevant as ever!

This is "Boy Meets World". 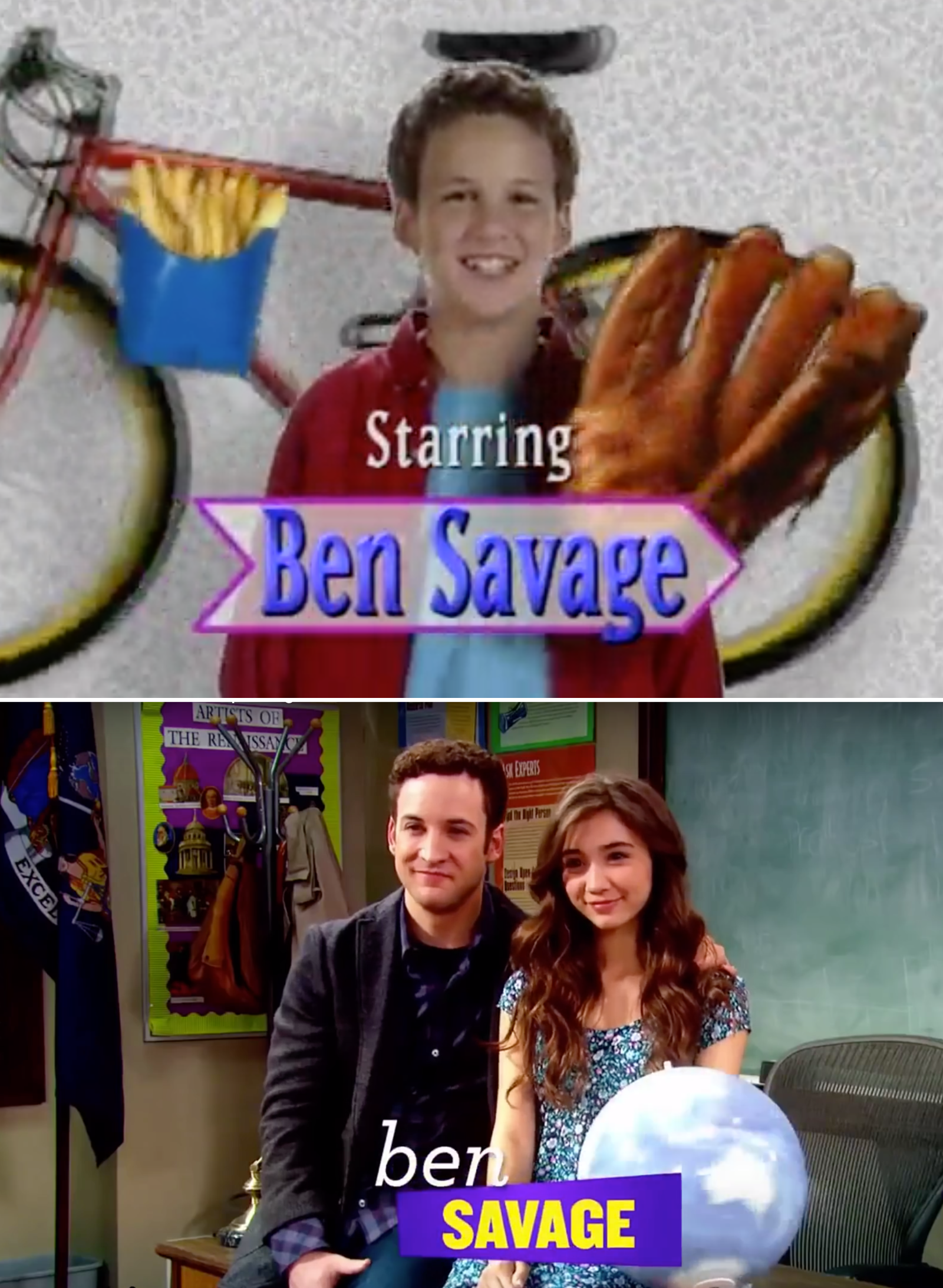 As Cory in Boy Meets World, Ben Savage spent the '90s growing up alongside us.

He reprised his role as Cory when Girl Meets World premiered, telling the story of Cory and Topanga's daughter, Riley, on her journey through life.

Peter, of Judy and Peter. 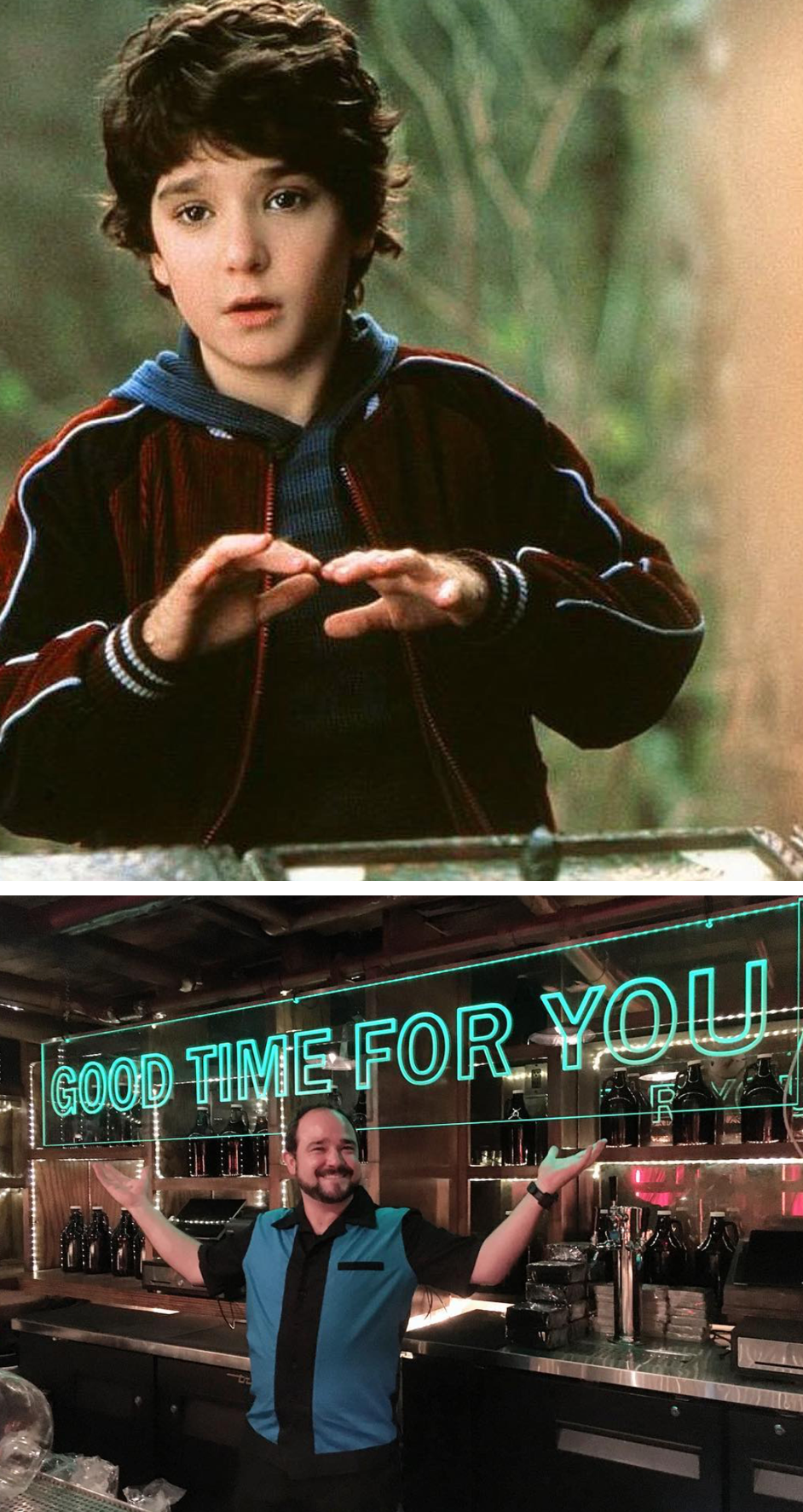 Aw man, remember when he turned into a monkey-boy in Jumanji? No, not the one with The Rock in it. The original one!

Bradley Pierce went on to have a steady career as a voice actor. He gave life to Chip from Beauty and the Beast, and now works as a video game voice actor.

The hero of "Jurassic Park". 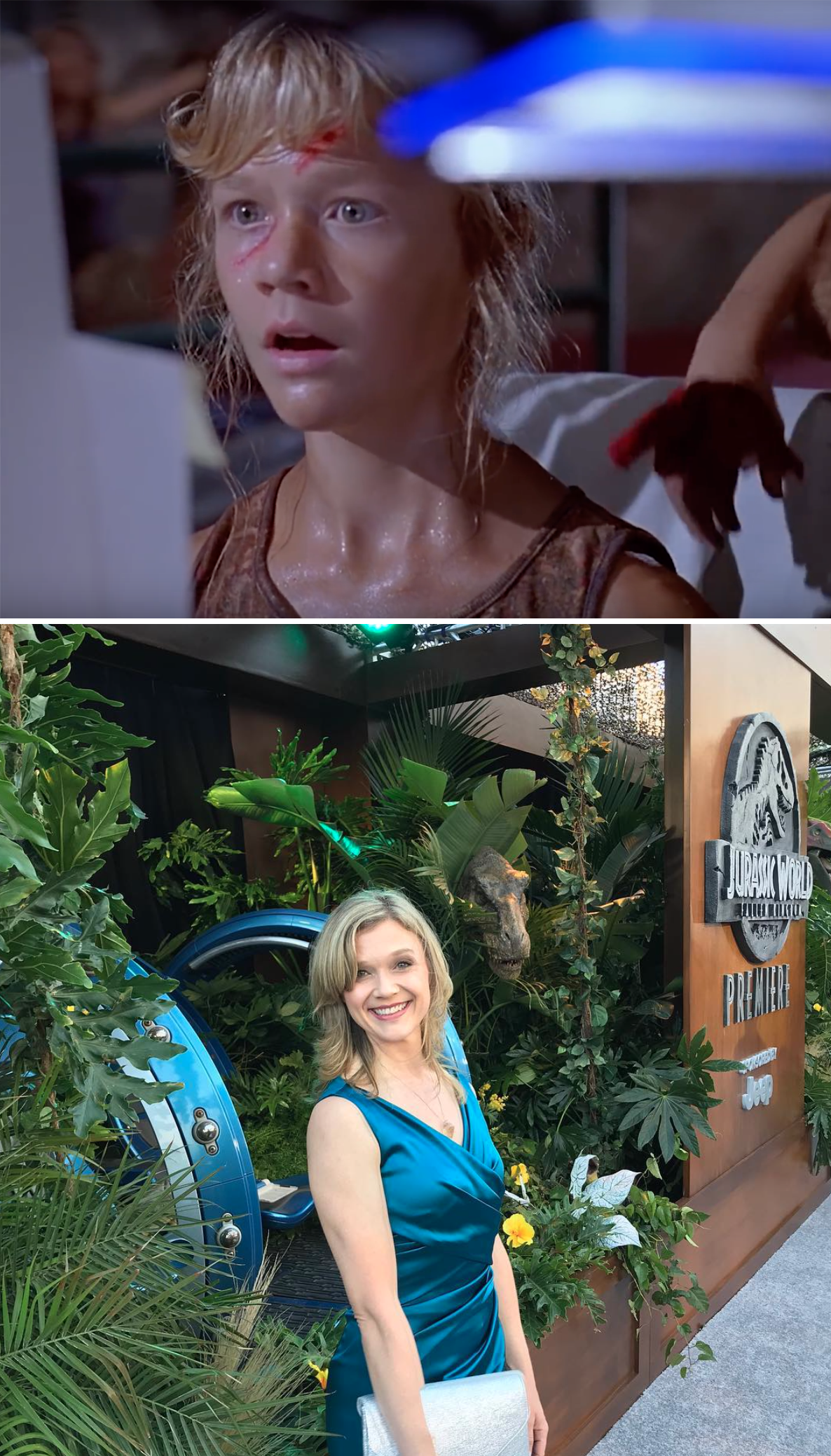 As Lex in Jurassic Park, Ariana Richards was responsible for saving what was left of the park's human inhabitants from becoming dinosaur food.

In her real life, Ariana left behind acting to take up art. 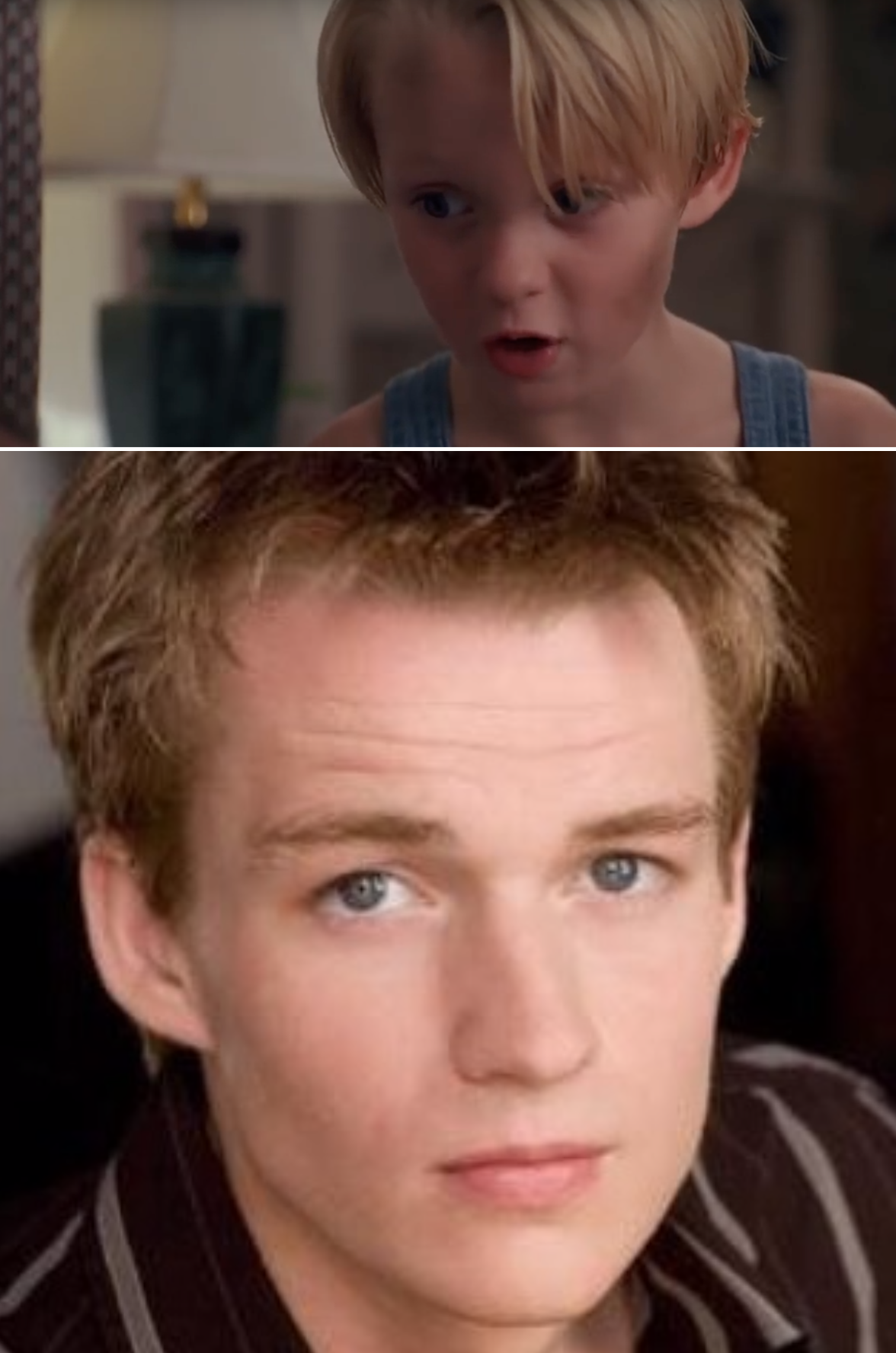 He also excelled at graduating from UCLA with a degree in Marine Biology, which is what he's up to these days. 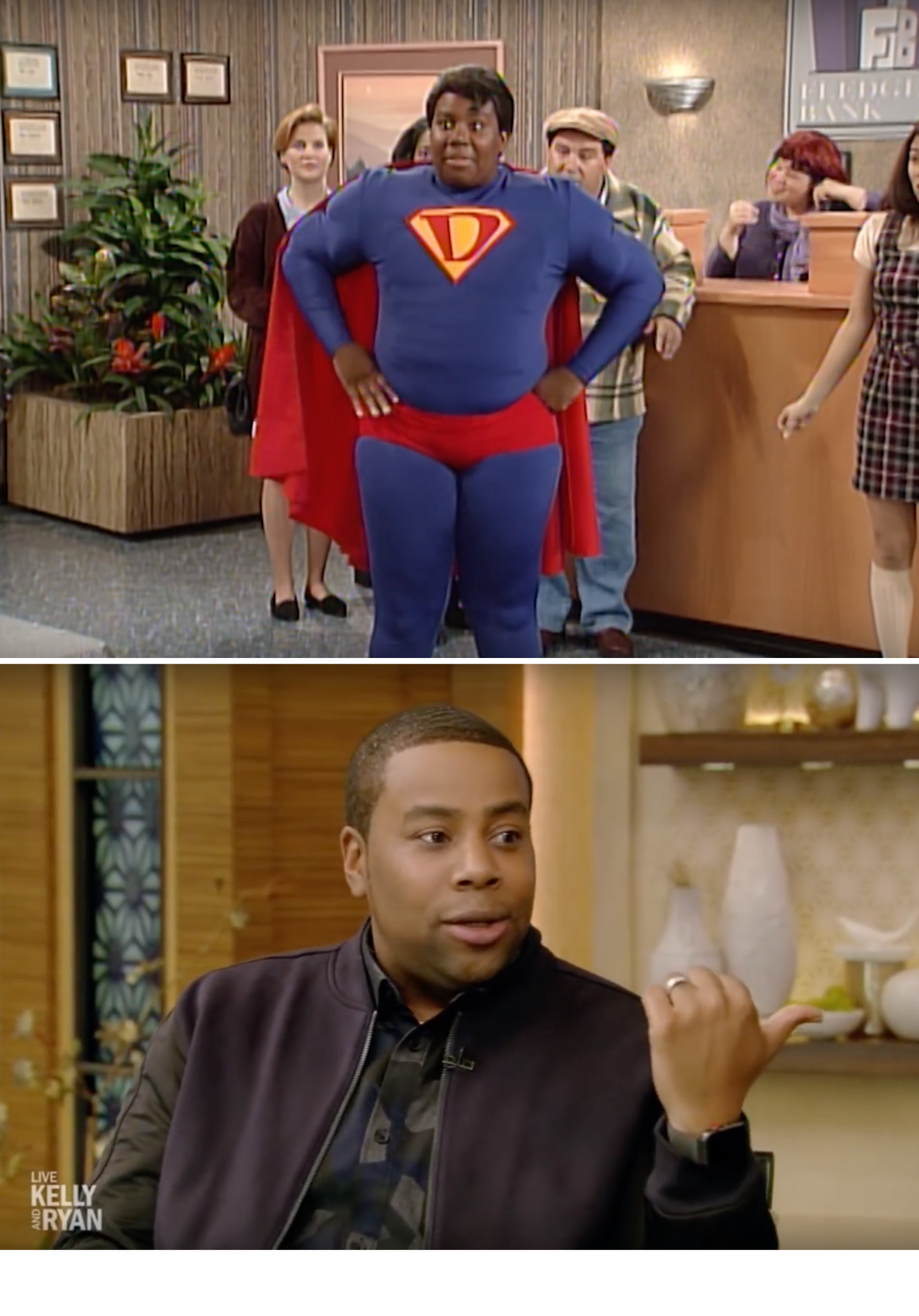 Kenan Thompson dominated kid's programming in the 90s. Between the kid-version of SNL, titled All That, and he spinoff movie that became a cult classic, Good Burger, he was absolutely everywhere.

Now, he's moved from kid's SNL to the real one, where he's been a regular cast member since 2003. 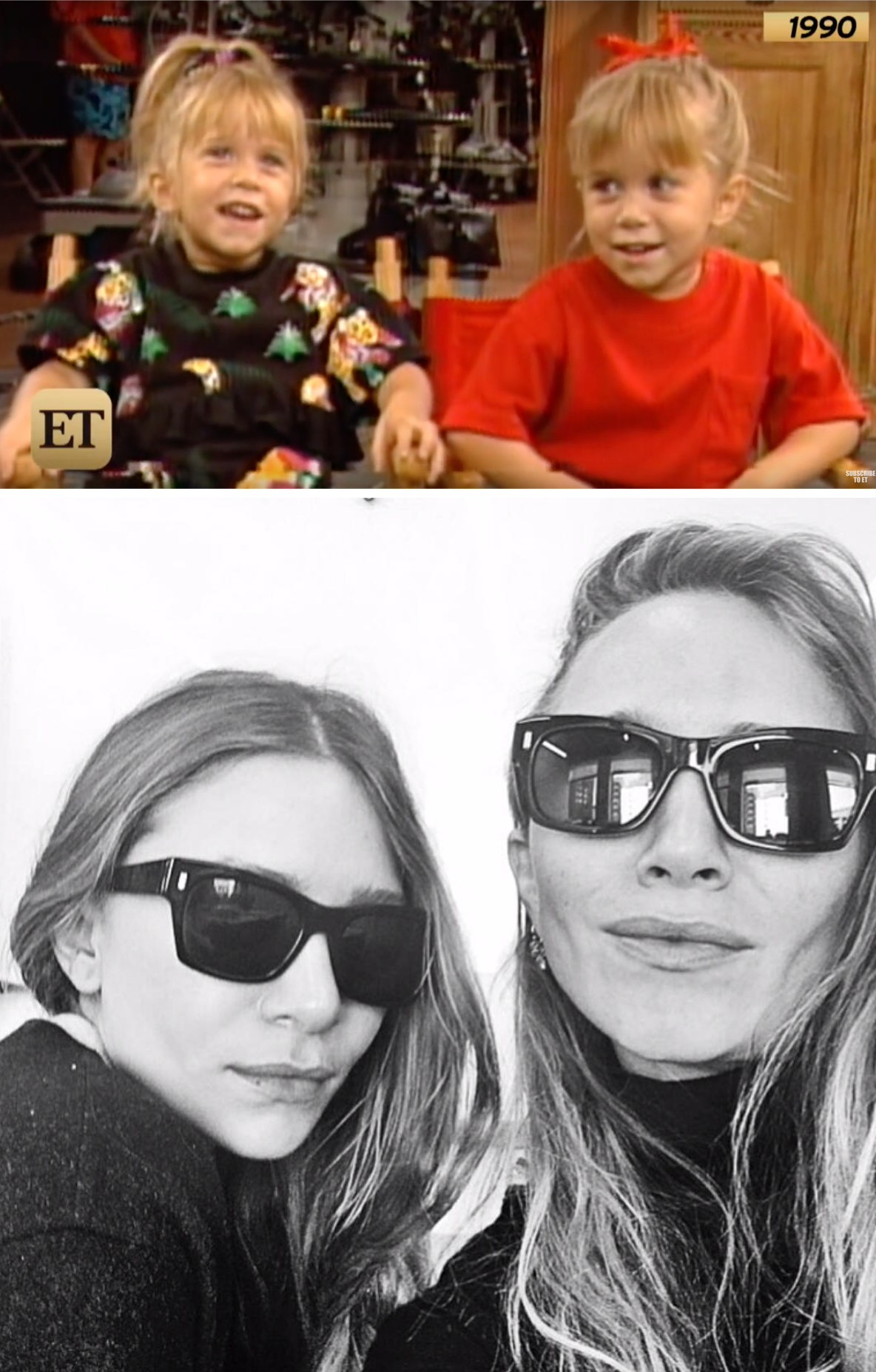 Possibly the most famous set of twins in the world (don't quote me on that), Mary-Kate and Ashley became household names in the 90s, thanks to their roles on Full House and the multiple films they starred in.

These days, the twins are akin to recluses. They're successful luxury fashion designers who tend to keep to themselves.

These days, it's all about their sister, Elizabeth — you know, the Marvel superhero.

The Fresh Princess of Bel-Air. 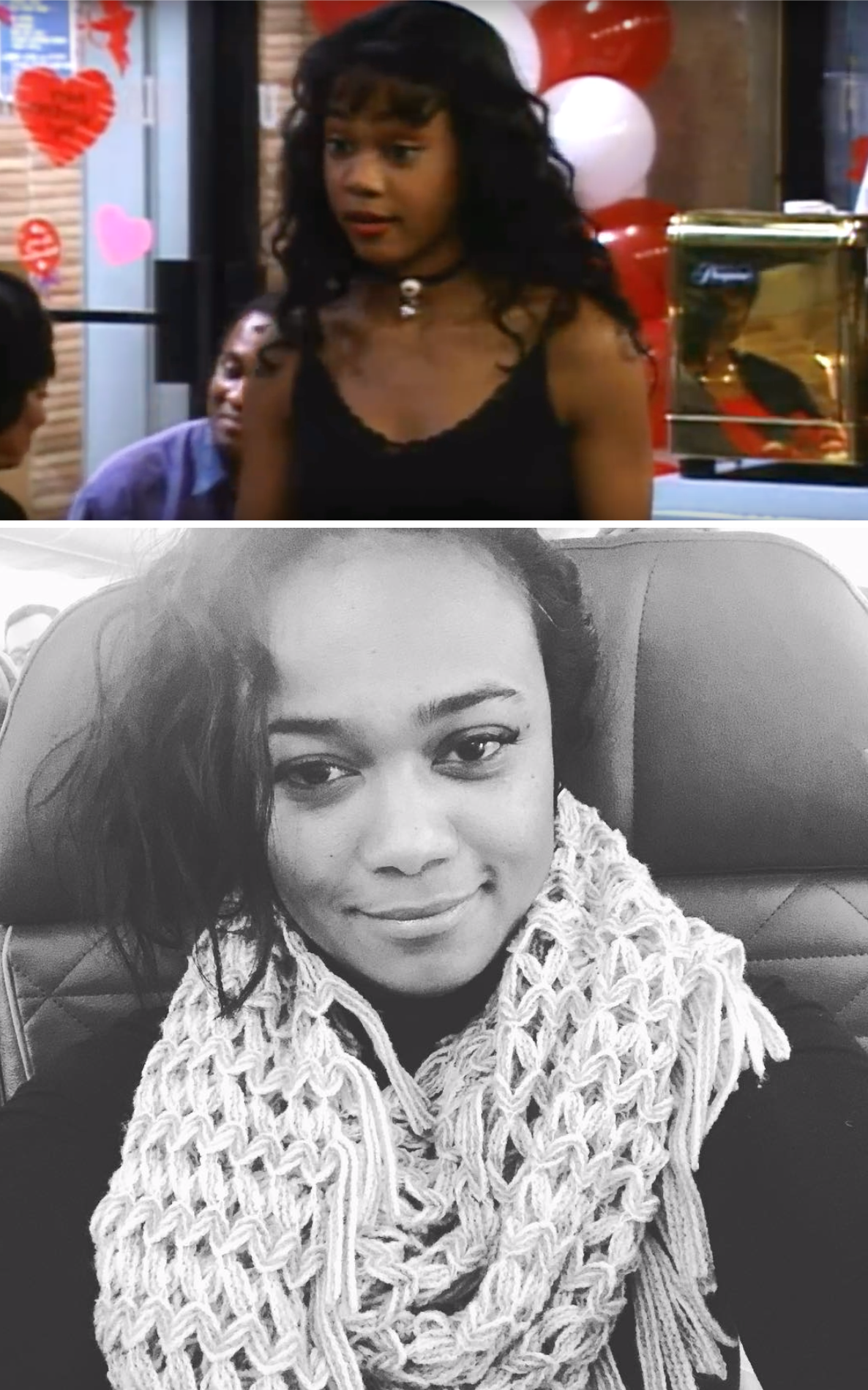 11 year-old Tatyana Ali graced our screens as Ashley Banks for six years in The Fresh Prince of Bel-Air.

That show made stars of much of its cast, including Ali. After graduating from Harvard with a degree in African-American studies. She's still acting, and she has a music career! 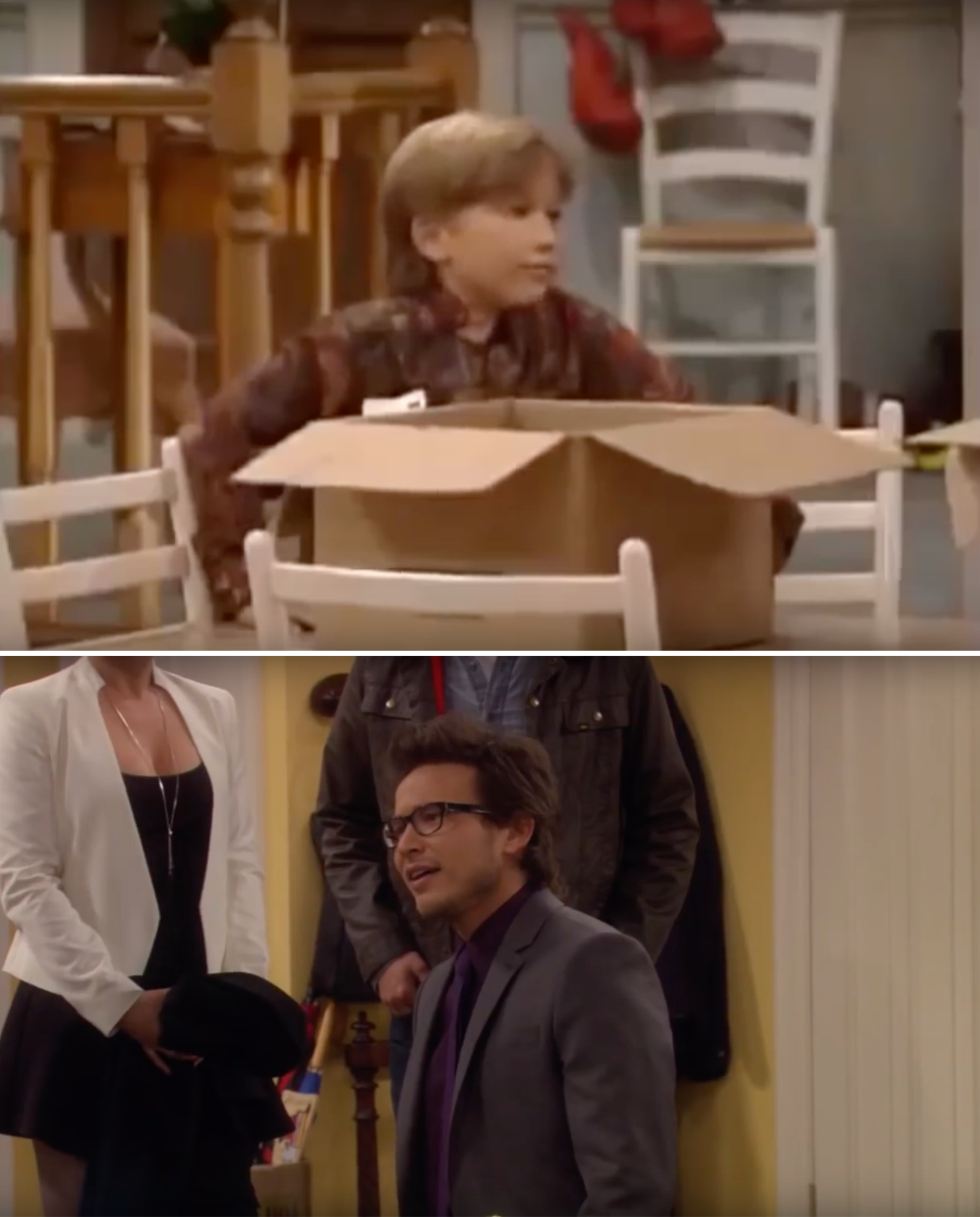 Undoubtedly, the breakout star of Home Improvement was Jonathan Taylor Thomas (or JTT, for those of us who grew up with the show).

After becoming a teen heartthrob, JTT left acting to focus on studying at both Harvard and Columbia.

Something Winifred this way comes. 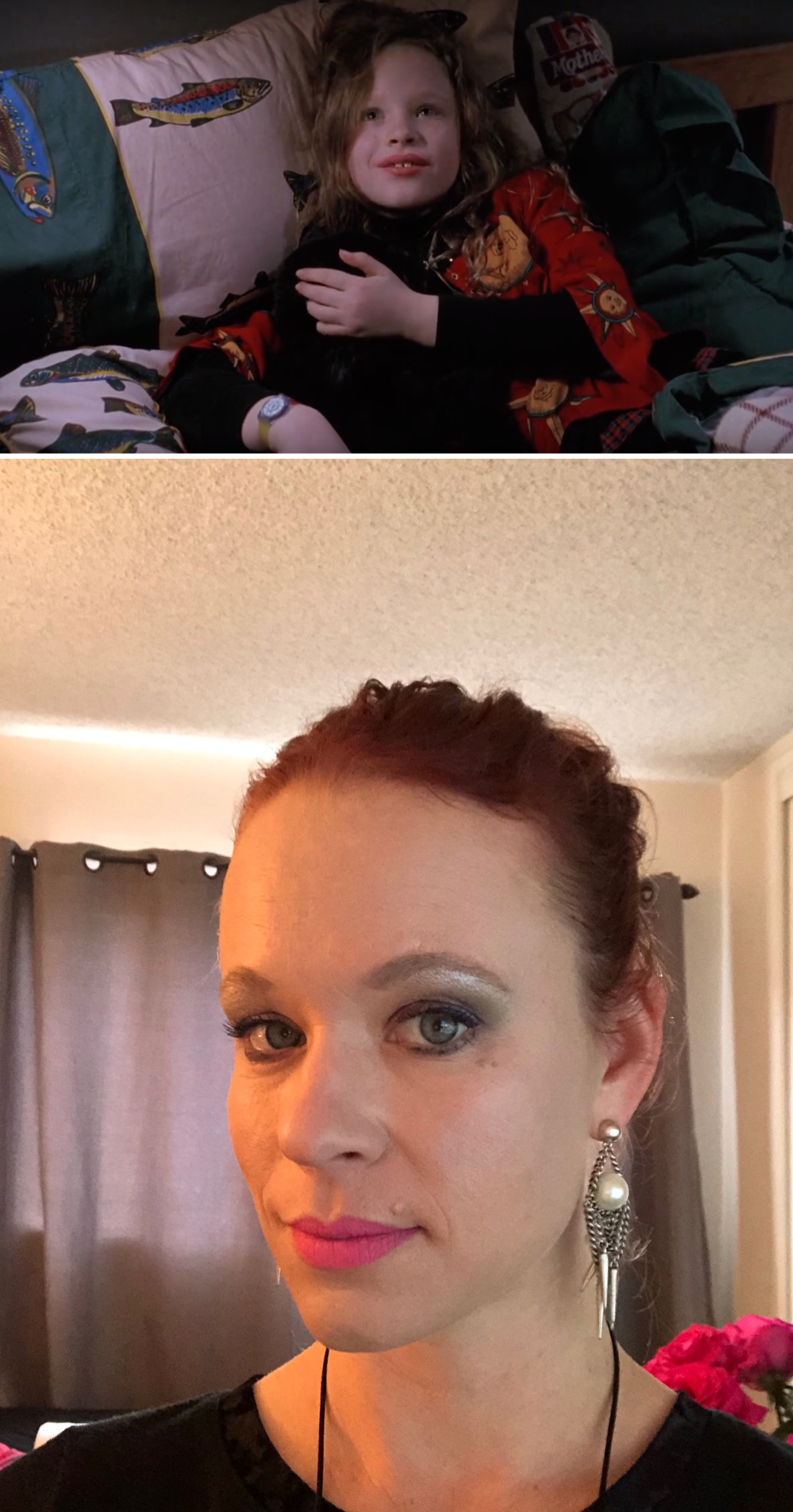 Thora Birch was the kid of the 90s. Whether she was sporting a witch's hat in Hocus Pocus or making us cry in Now and Then, or breaking through in American Beauty, Thora was it.

These days, she steadily acts in both film and TV, both acting and producing independent films. 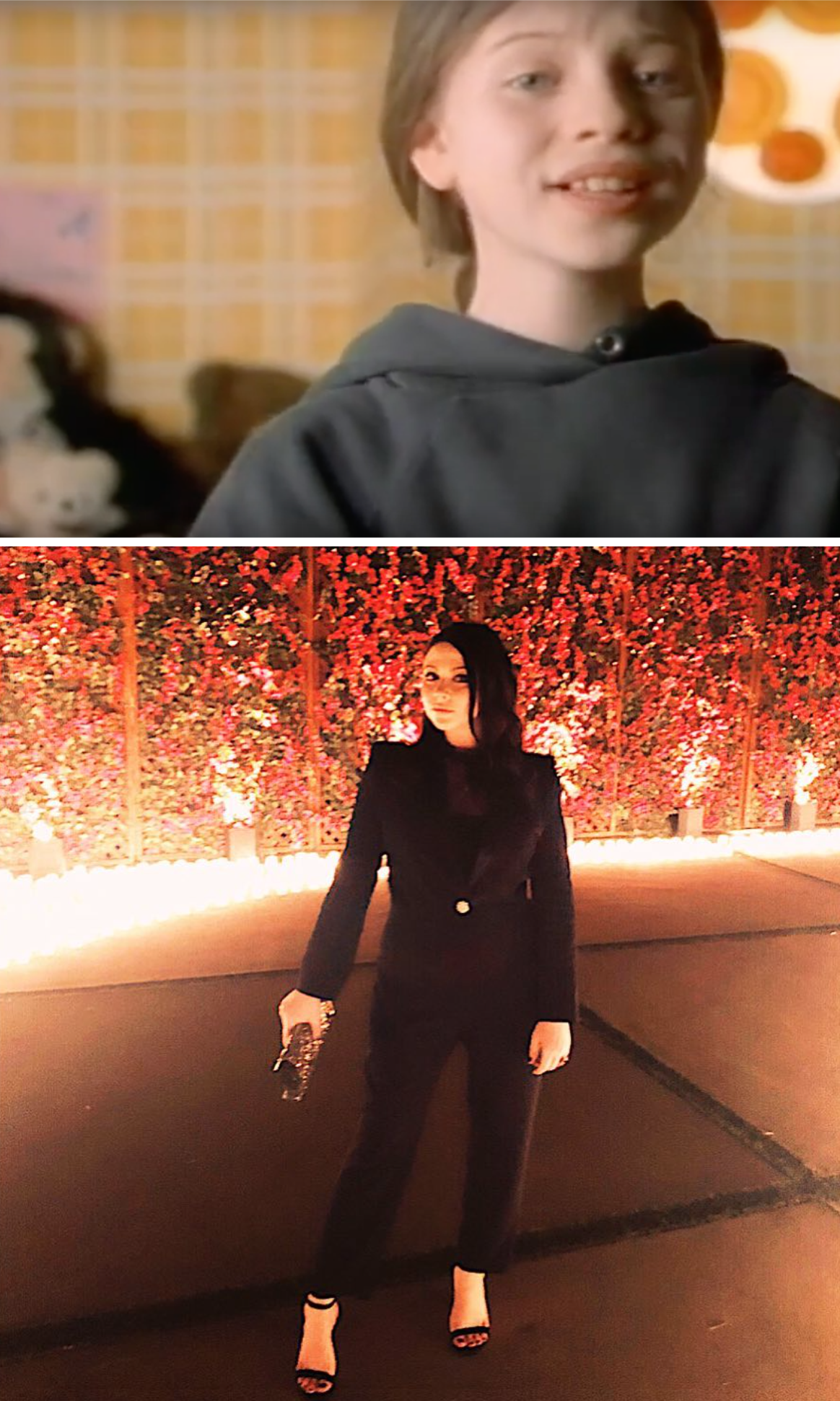 Nickelodeon made a star out of Michelle Trachtenberg. She started out in shows like The Adventures of Pete and Pete, and starred in films like Harriet the Spy.

The internet is where she makes her bones now, appearing most recently in the webseries Human Kind Of.

It's hard not to remember Amber Scott in Hook, where she portrayed the precious Maggie.

Since then, she's given up acting. She attended Trinity College in 2006, where she was a sorority girl.

As for her career? It remains a mystery.

Heading back to a full house. 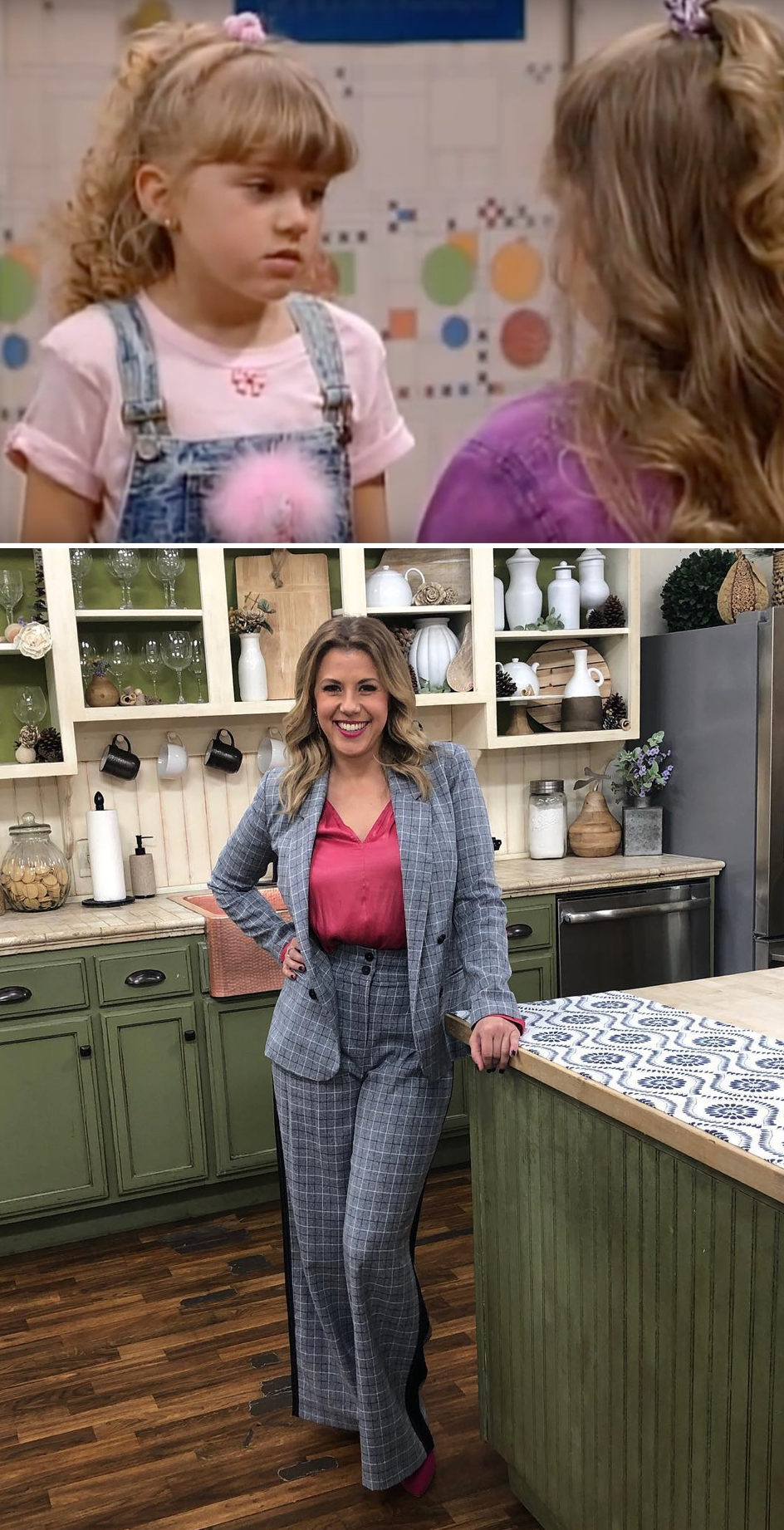 Jodie Sweeten charmed us as the adorable Stephanie Tanner in Full House.

Unlike her co-stars, the Olsen twins, she chose to reprise her role in the reboot of the original show, and now appears as a series regular on Fuller House.

Tahj Mowry defined kid culture in the 90's. He shot to fame thanks to Smart Guy, Full House and Kim Possible— oh, and because his sisters are Tia and Tamara Mowry, of course.

He just finished a five-year run on the show Baby Daddy, and has an album out, called Future Funk. 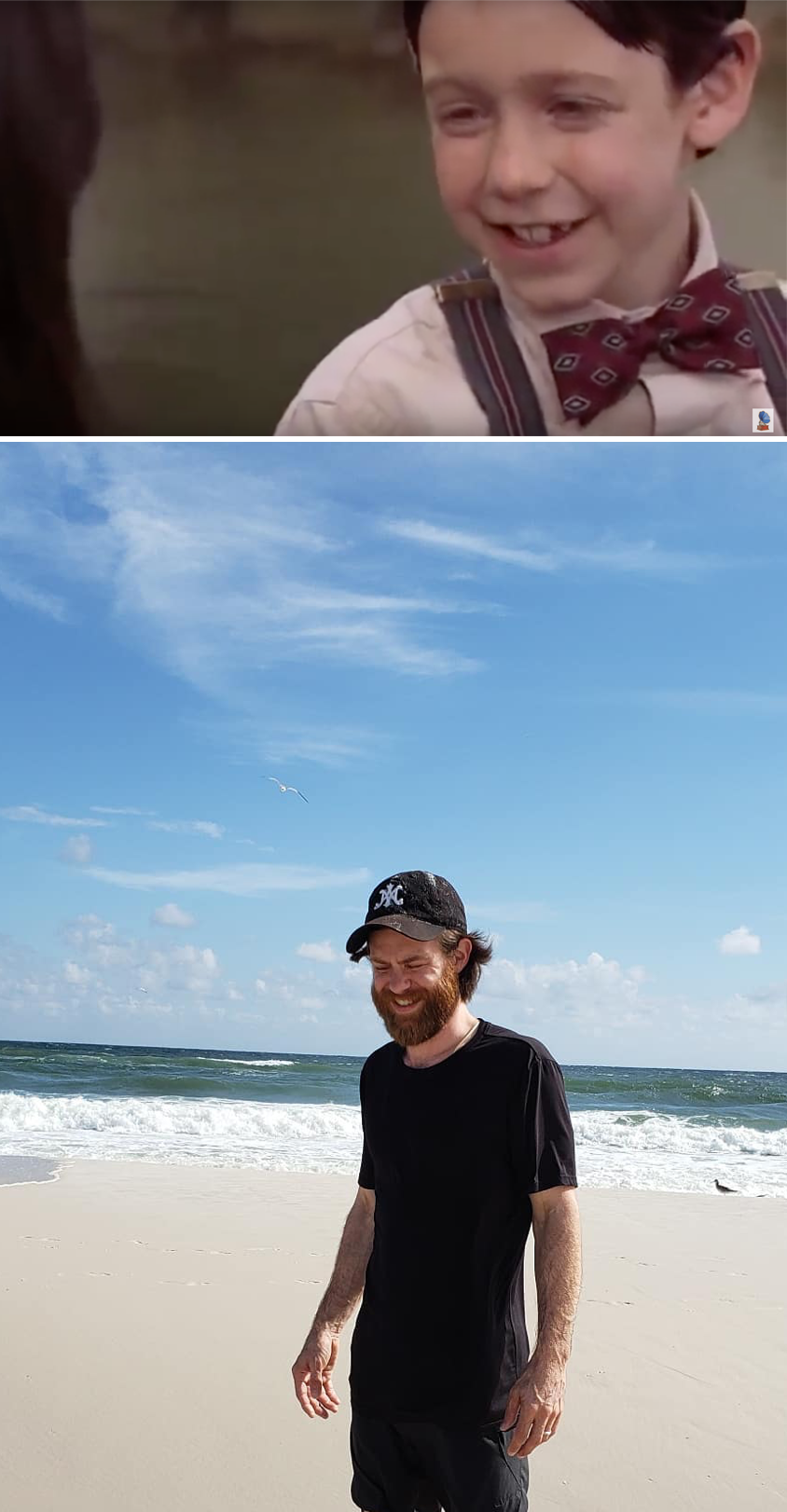 Who didn't love Little Rascals? The rag-tag group of friends was full of characters, including the iconic Alfalfa.

Alfalfa was the first role for Bug Hall, but certainly not his last. He appeared in The Stupids and Honey, We Shrunk Ourselves in the '90s, and is still working today.

Home and not alone. 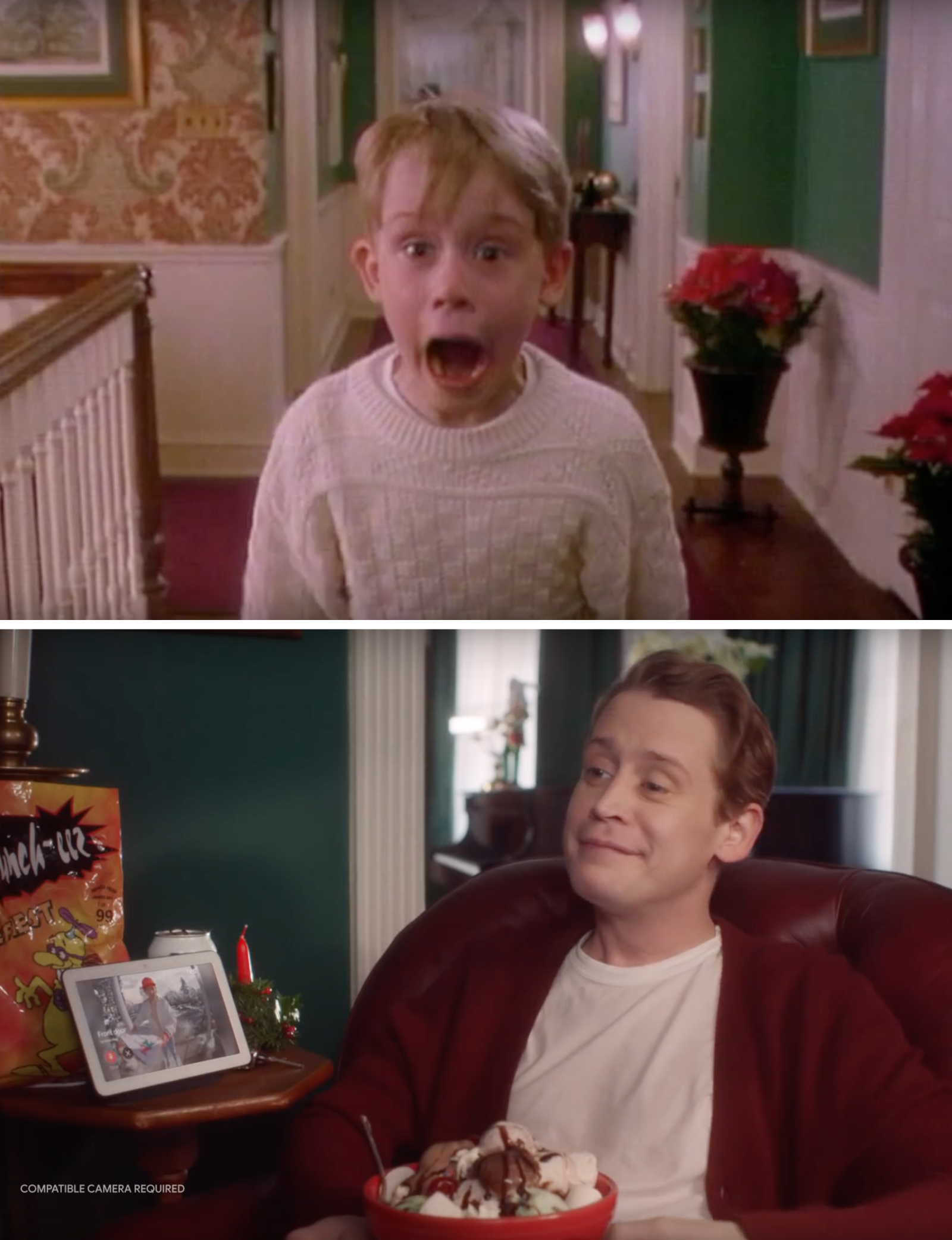 Everyone knows who Macaulay Culkin is. He pranked his way onto our screens in Home Alone and _Home Alone 2,_and went on to star in movies like My Girl and Richie Rich.

He's still working, participating in film, television, and viral ads across the internet. 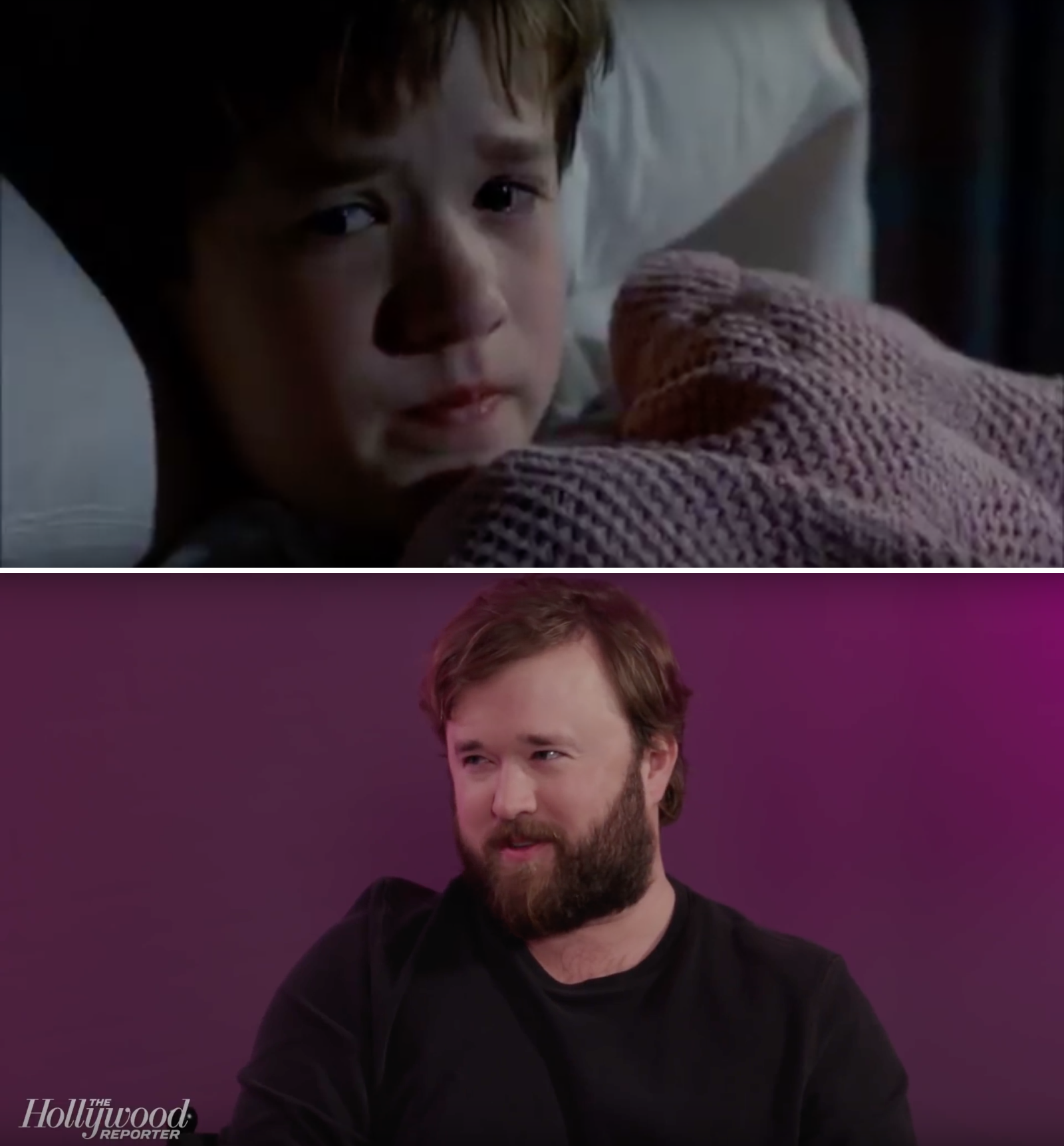 Haley Joel Osment may have made an icon out of the line, "I see dead people," but that's not where he got his start.

Before he starred in The Sixth Sense, he had a number of roles, including Forrest Jr. in Forrest Gump.

Guys, I had no idea Bryton James (then known as Bryton McClure) was a child star. The long-running The Young and the Restless star first started his career in the 90s, appearing in Family Matters.

3rd Joe from the sun. 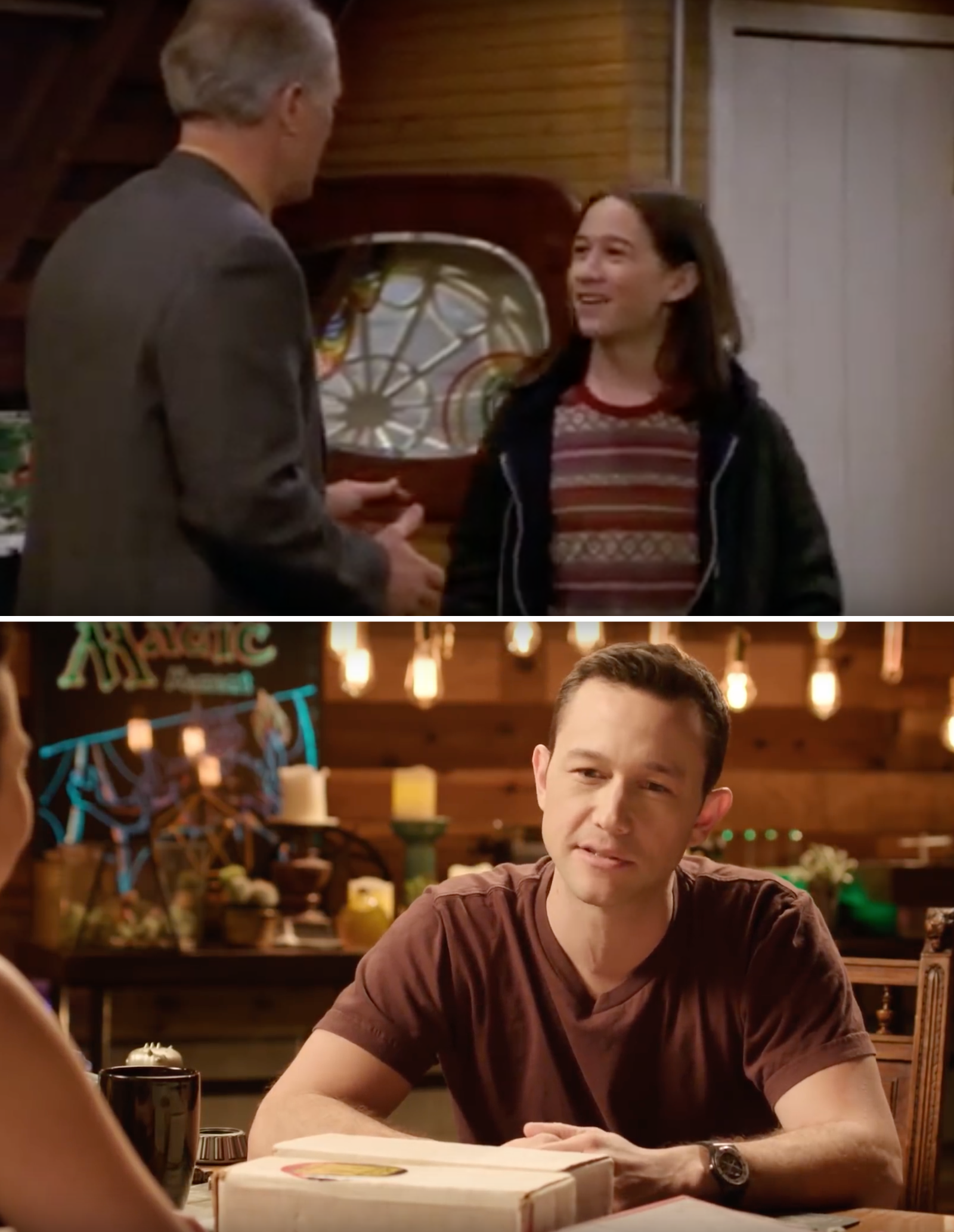 Joseph Gordon-Levitt has a career that spans decades, which is impressive for a guy who isn't even 40.

Joseph got his start in 3rd Rock From the Sun, and continued to make a name for himself in 500 Days of Summer, Inception, and The Dark Knight Rises.

On Wednesdays, we wear black.

Christina Ricci spent much of the 90s spooky af.

From The Addams Family, to Casper, to Sleepy Hollow, if it was a little scary, Christina Ricci was your gal.

Her career has been steady ever since. She starred in the series Pan Am, The Lizzie Borden Chronicles, and, most recently, Z: The Beginning of Everything.