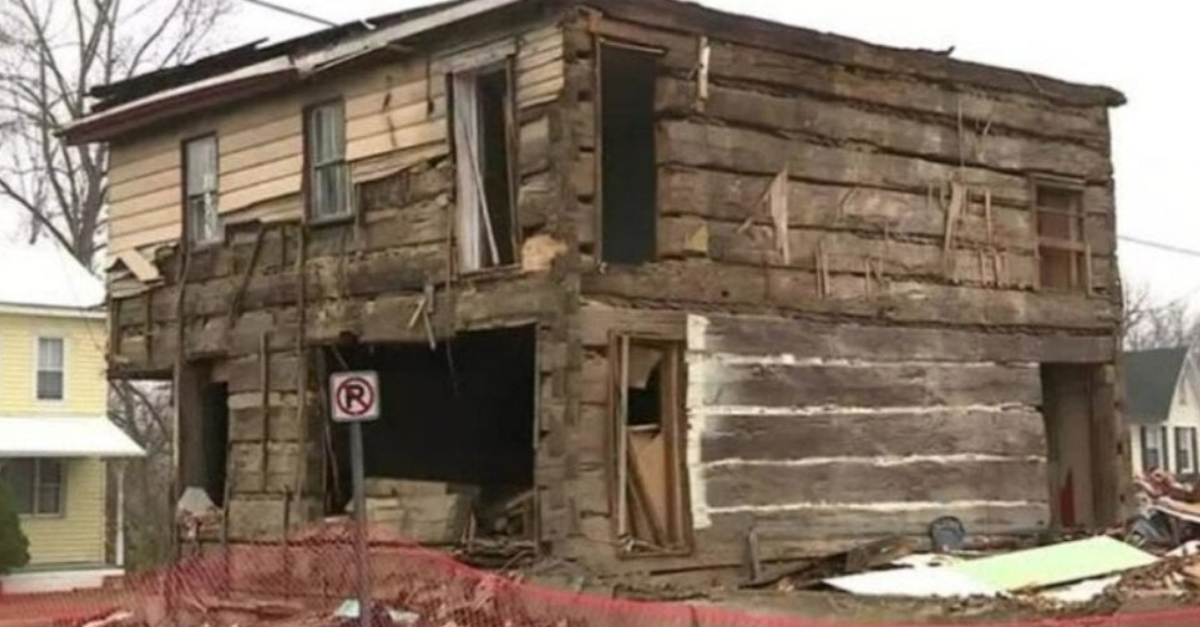 16+ Pics That Are Shrouded In Mystery Without Some Extra Information

Pretty much everyone can say they've experienced a fear of missing out on something at some point in their lives.

Indeed, it's no surprise that anyone who tries to sell you on a product or experience will have you believe that you're passing up something that everyone loves if you don't buy into it.

But if someone was actually able to tally up all the things we missed out on, we'd likely find that the list was way bigger than we realized. Because while we can certainly recall times we missed out on something big, it's also true that the most interesting parts of life don't always look like such big deals at first.

I'm not saying that once you get through this list, you'll get some kind of Matrix vision that lets you spot every good time in an instant. But hopefully, you'll get a better sense that things aren't always what they seem.

It may look refreshing, but I'm afraid you can't actually drink this tea. 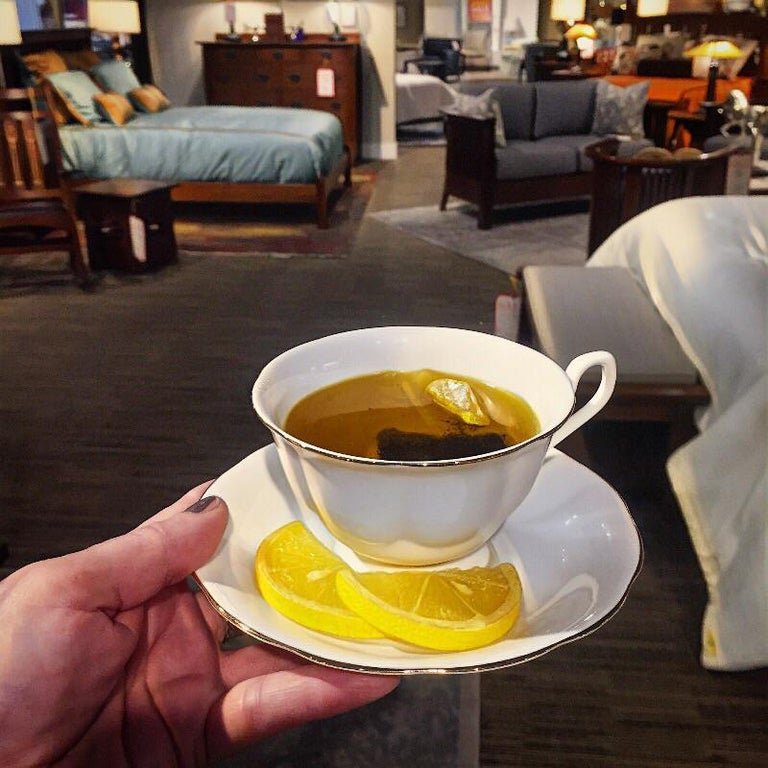 Seriously, you wouldn't be able to no matter how hard you tried because it isn't tea at all.

It's actually solid resin that's only made to look like a cup of tea to make the merchandise in this furniture store look more homey.

Fortunately, this milky river in Taipei, Taiwan doesn't look like this because of a chemical spill. 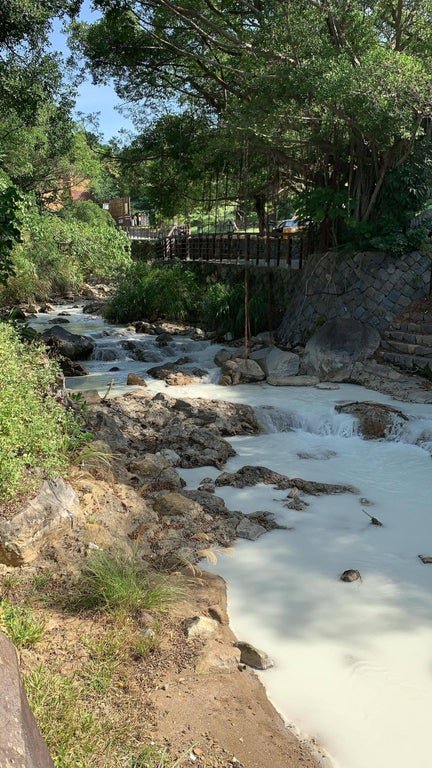 Instead, it seems that the minerals from a nearby hot spring made it into the water, which gave it this noticeably bright makeover.

Although we're obviously not used to seeing these triangular clouds, the reason they're there makes a lot of sense. 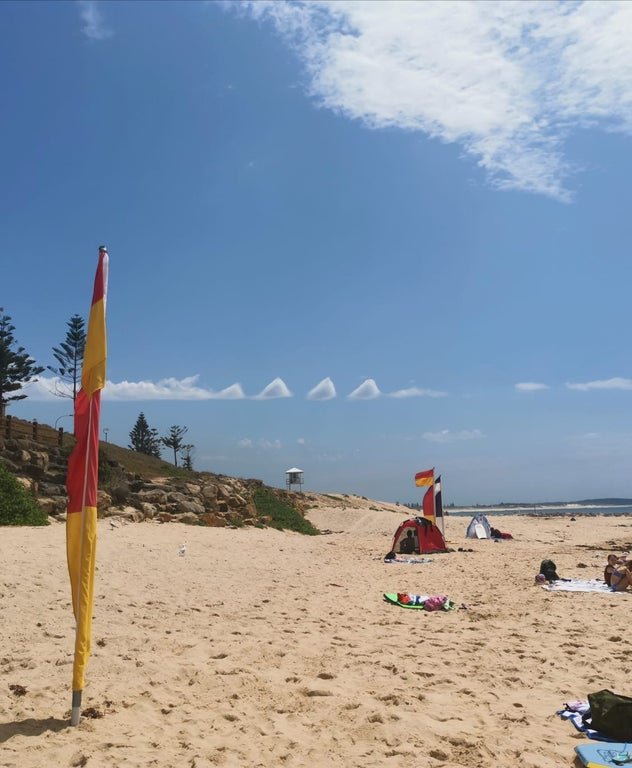 Since they're appearing over a body of water, it's possible for the air around them to be both warm and cool. And as that air shifts, it influences how these clouds are shaped.

In this case, we can see that more cool air is sinking here than warm air is rising, so there's more cloud at the bottom than the top.

In post-apocalyptic movies, a tall building is usually covered in vegetation like this because it was abandoned years ago. 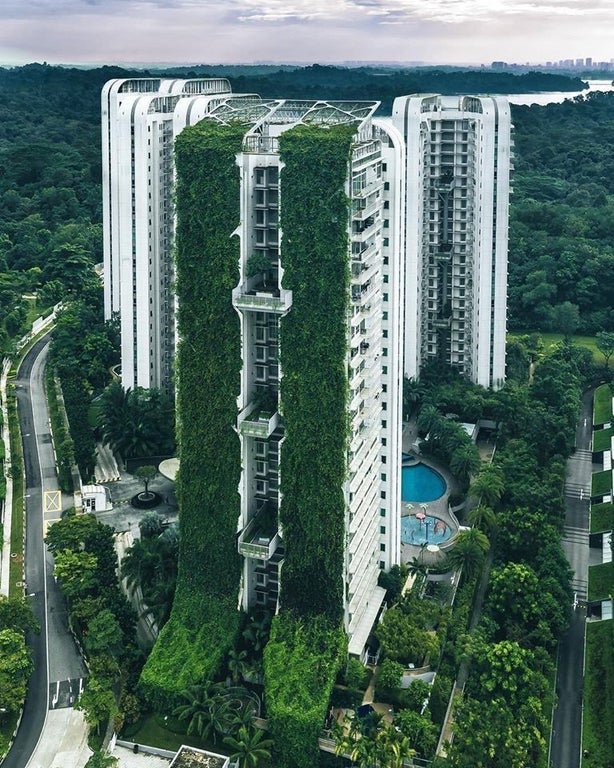 In the case of this skyscraper in Singapore, however, all that plant life is here by design. It was apparently added to help cool the surrounding area.

We can't really call this a failed attempt at baking because it probably looked wonderful when it was made. 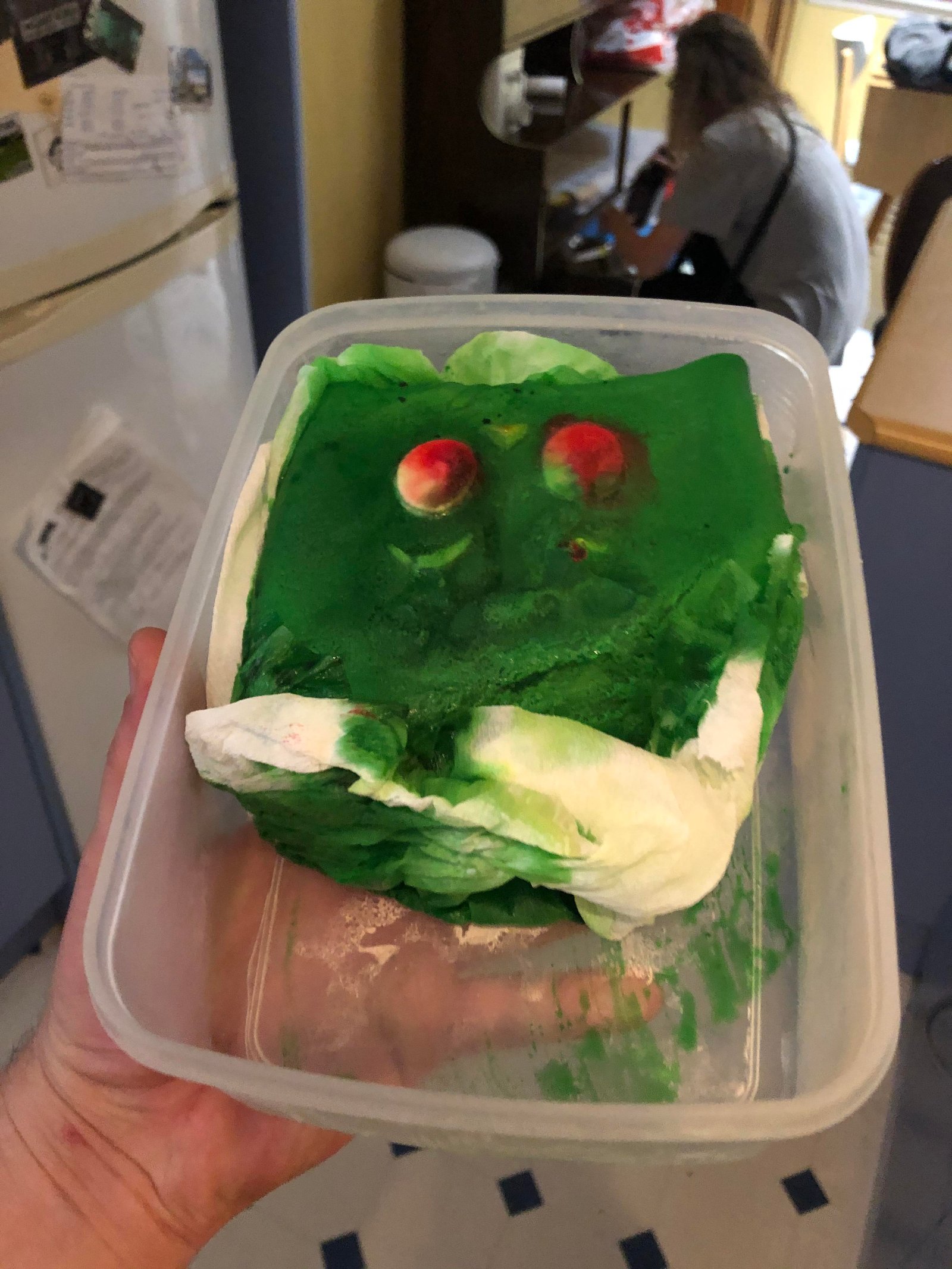 As for why it doesn't look so great anymore, the uploader's friend received a cake that looked like Gumby for her 18th birthday and decided to keep it in the fridge.

That decision was made 10 years ago. Yeah, this cake is a decade old.

This strange little figure may be fascinating to look at, but the reason for its existence is a lot sadder. 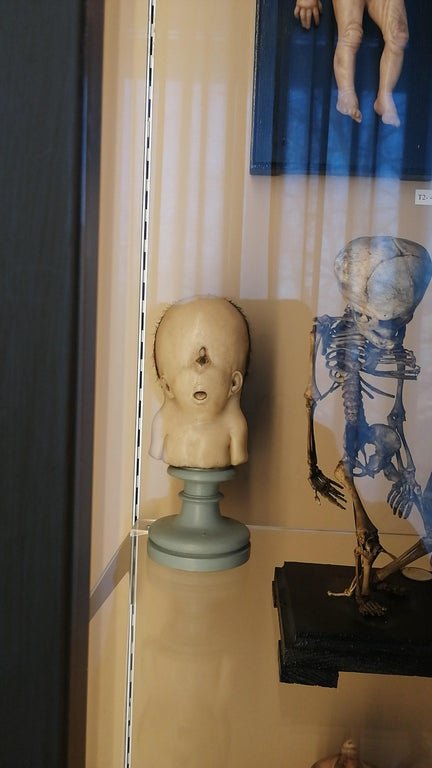 That's because it's a wax statue of a child with cyclopia, a disease which results from a mutation in the Sonic Hedgehog Gene Regulator (yes, that's really what it's called).

What makes it so sad isn't just that a baby is born with one eye in the middle of their face, but rather that it's impossible for one to survive this mutation for long.

The Shah Cheragh mosque in Shiraz, Iran has been a dazzling architectural marvel since the year 900. 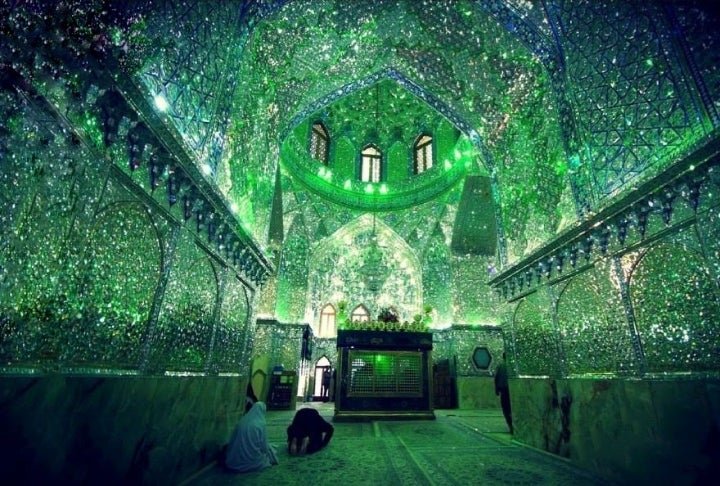 And the secret to its wondrous aesthetic is as ingenious as it is nightmarish to actually put together. The interior is actually a collage of millions of tiny shards of mirror that reflect light in an unfathomable number of directions at once.

It's easy to make too much of these odd tracks, so I'll just share what's really going on here. 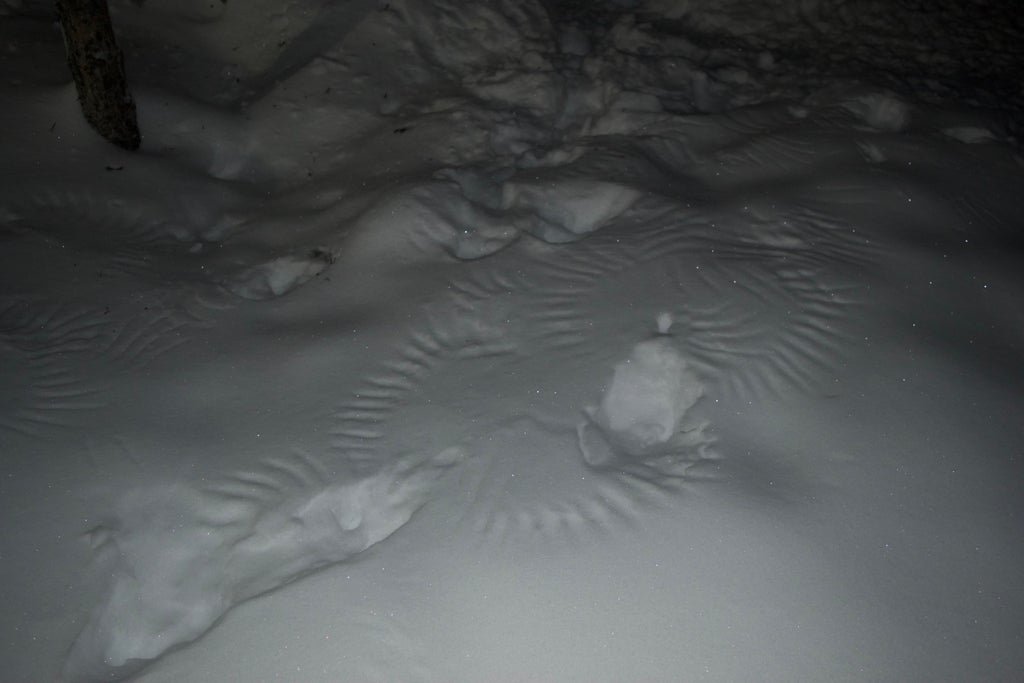 Because rather than being a sign of undiscovered life, these tracks just show how badly some small animal lost a fight with an owl.

This wouldn't even be worth noting on an actual airplane, but it's a genius idea in its actual setting. 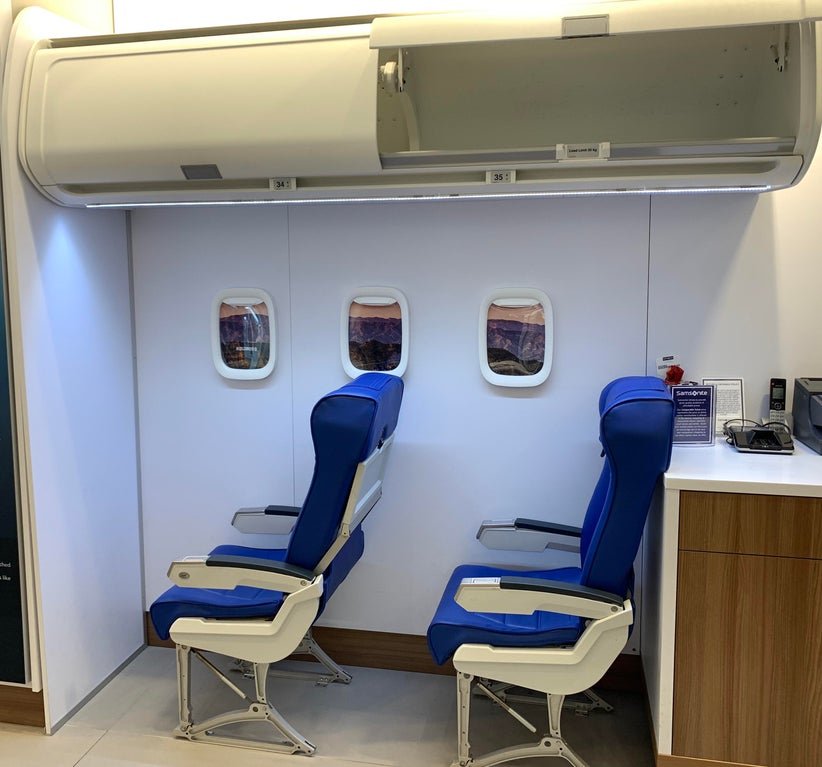 This seating arrangement was actually set up in a luggage store so customers can see how well their prospective purchases fit into actual overhead bins and under-seat compartments.

This Rubik's cube definitely stands out among the others and that's why it was made. 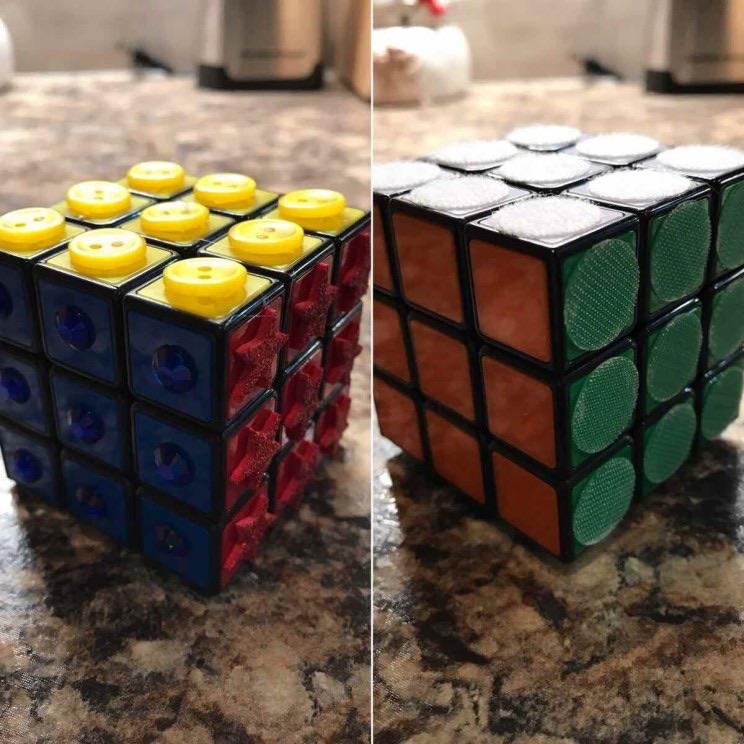 More specifically, the idea to add different surfaces to each square was intended to make the puzzle's pieces stand out for the visually impaired.

For about a year, the United States army had a bicycle division. 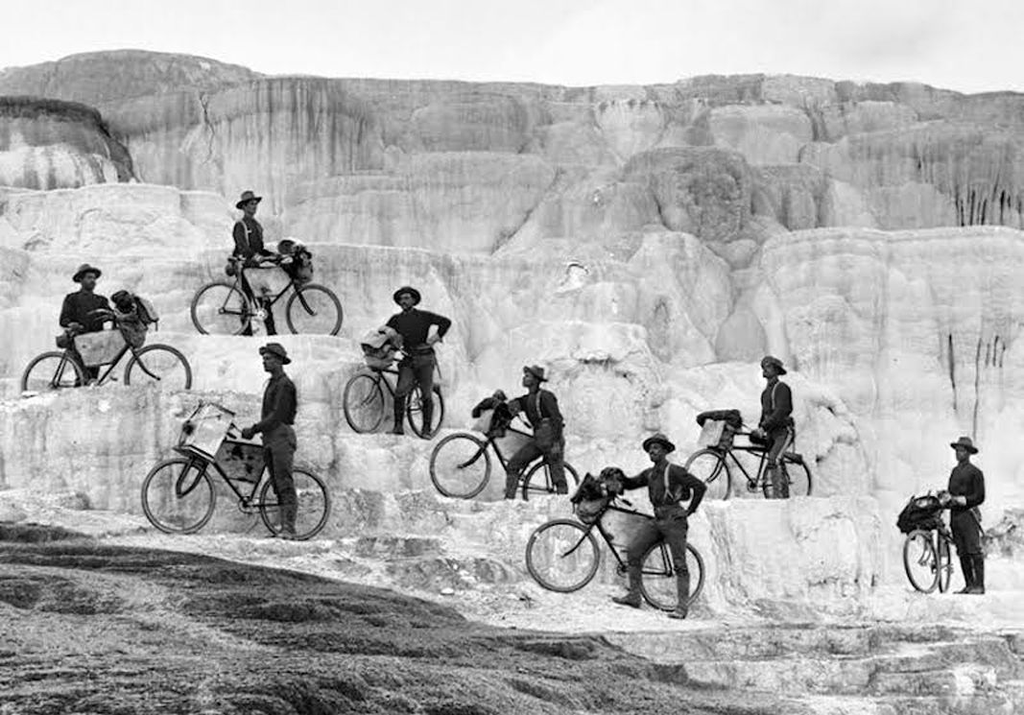 According to Atlas Obscura, bicycles as we know them were a relatively new invention in 1896 and Second Lieutenant James A. Moss wanted to add them to the military's repertoire.

While his higher-ups in the army approved of the idea at first, they weren't impressed by how much the soldiers under Moss' command spent as much time walking their bikes as riding them while on a test run from Fort Missoula, Montana to St. Louis, Missouri. Thus, the project was scrapped.

For a while, the uploader couldn't get their lighter to light for a mysterious reason. 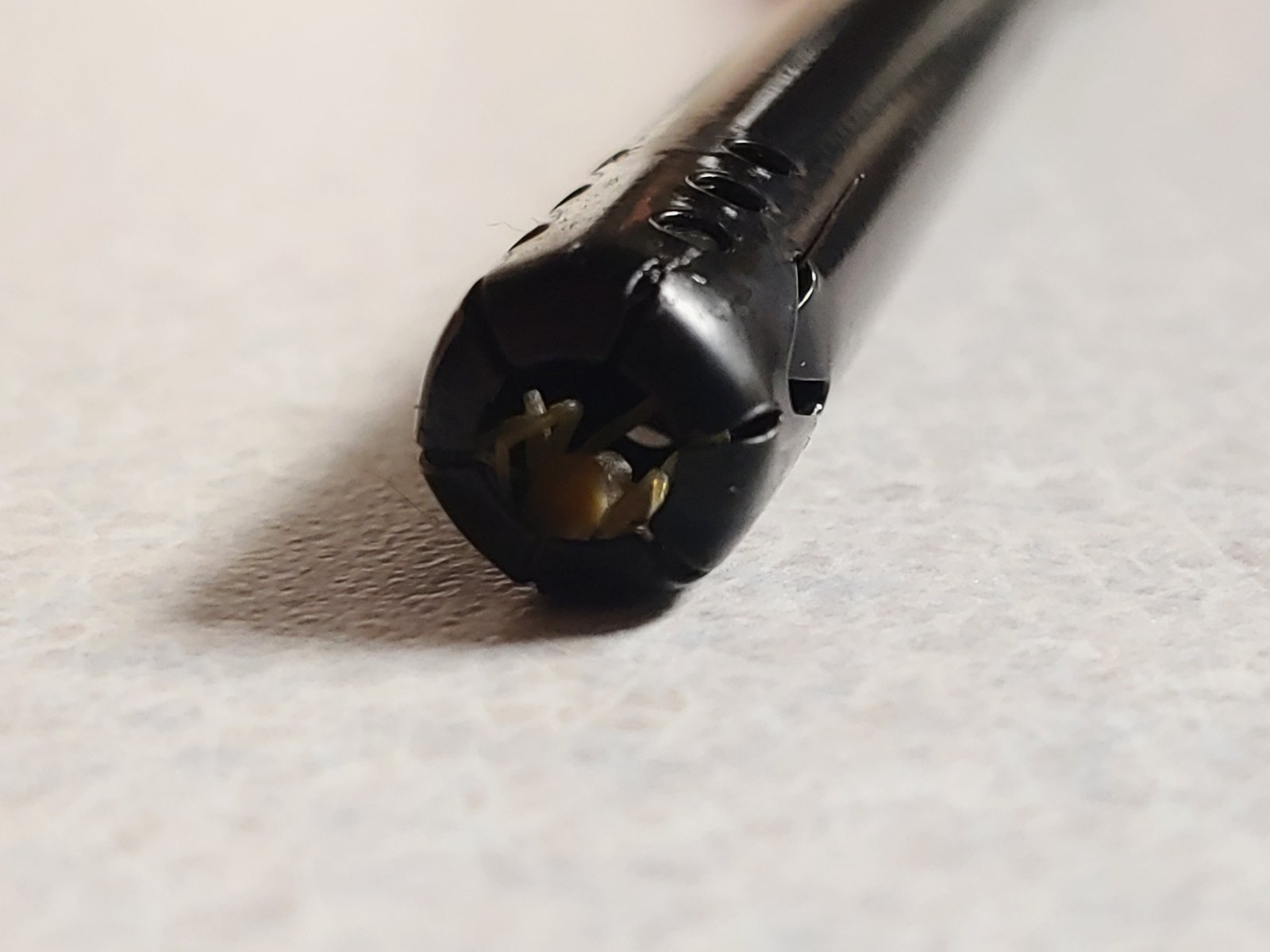 After they finally had a successful attempt, however, they quickly found out what that reason was. A now crispy spider had apparently taken up residence inside the lighter.

Not the best housing choice, as it turns out.

While you might only hear about it from aviation nerds nowadays, it's hard to overstate how exciting the Concorde jet was for France in 1965. With that in mind, it suddenly becomes a lot less surprising to see a chef from that time working on a sugar model of the plane.

This fish either looks like it was made of Play-Doh, painted, or Photoshopped, but it wasn't altered in any way. 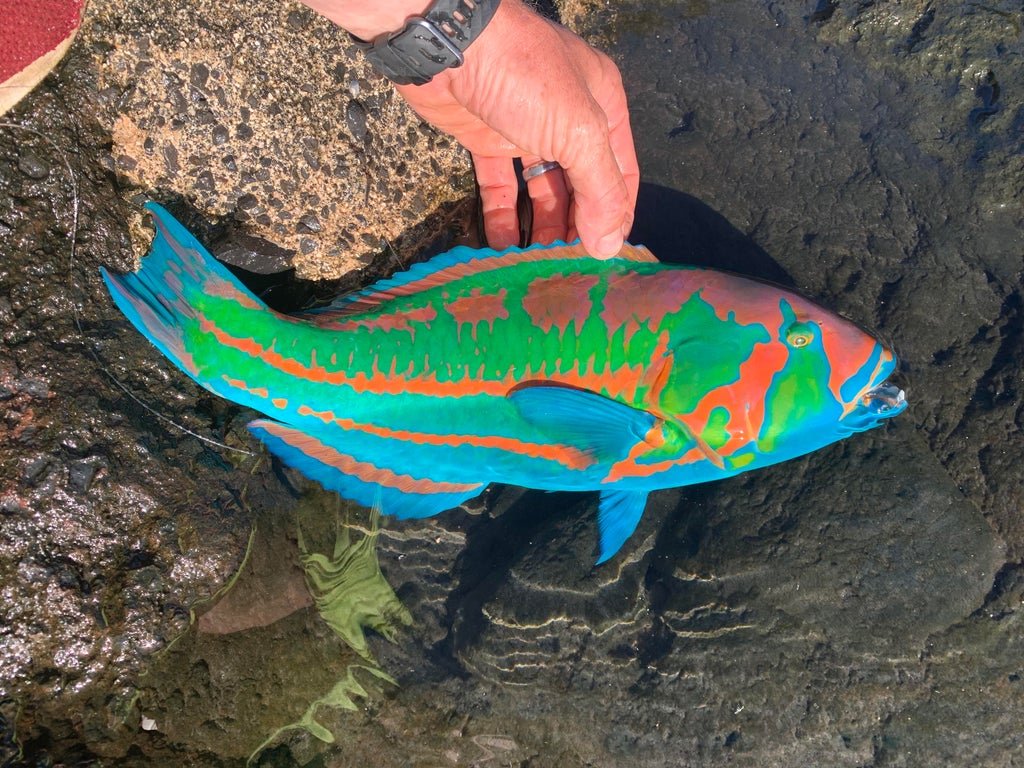 It just turns out that it's possible for a fish known as the Christmas wrasse to naturally appear like this. It makes it easy to understand how it got its name.

This shot shows just how obscenely large a whale shark really is. 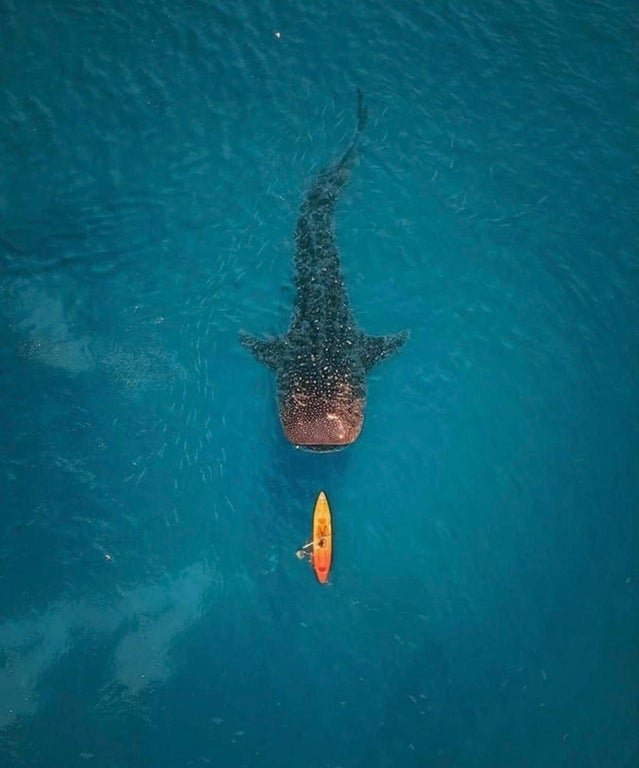 It also does a lot to express why it's so fortunate for us that the creatures don't have an appetite for people.

The line between majestic and terrifying can be thin sometimes.

This may not be something we want to discover while we're eating, but it definitely confirms that these oysters are real. 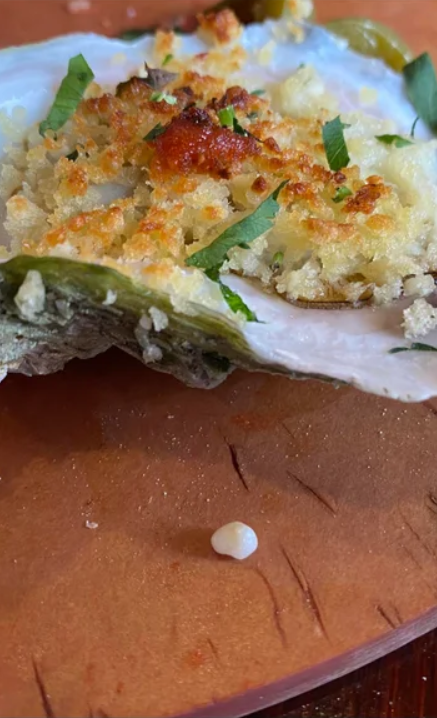 Yes, that's apparently a little pearl that someone failed to notice while they were cooking these oysters.

I wonder if it's worth anything?

This view from a dark tunnel doesn't show a location as remote and mysterious as it might seem to. 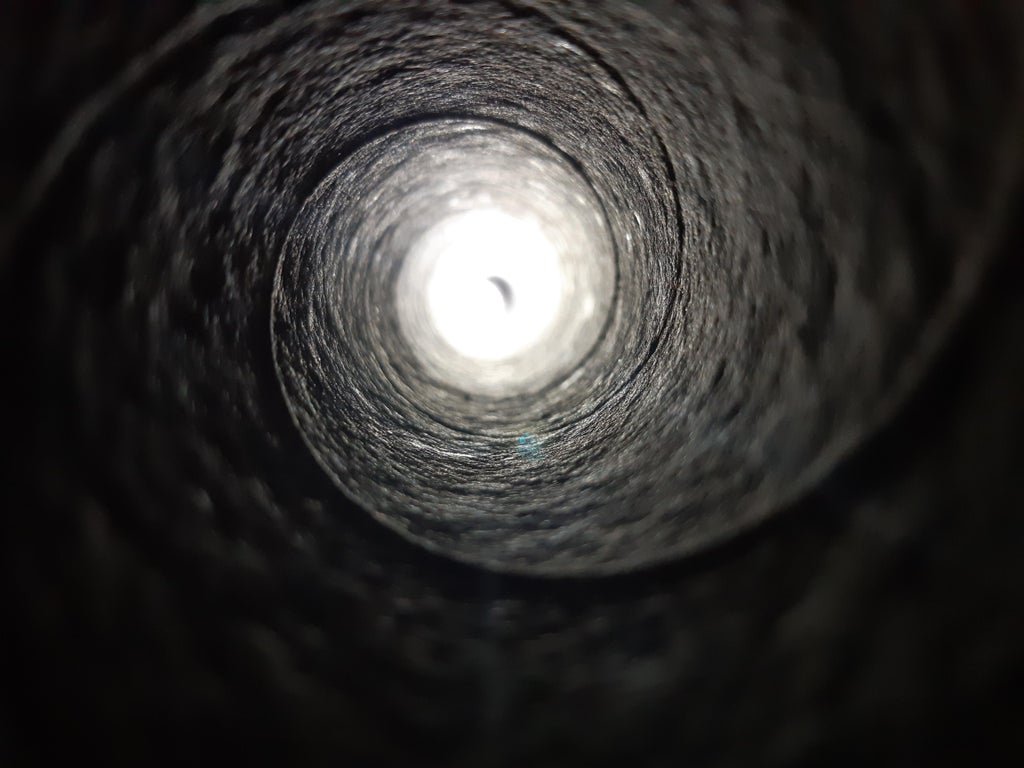 In reality, you could probably visit it right now if you wanted. That's because someone simply took a picture of the inside of a toilet paper roll.

This may look like your average condemned house and that's all the work crew thought it was at first, too.

However, as they started to tear the house down, they soon realized that it was actually a log cabin from the 18th century with modern paneling placed over it.

As the sign says, only women are allowed to ride on this Japanese train carriage. 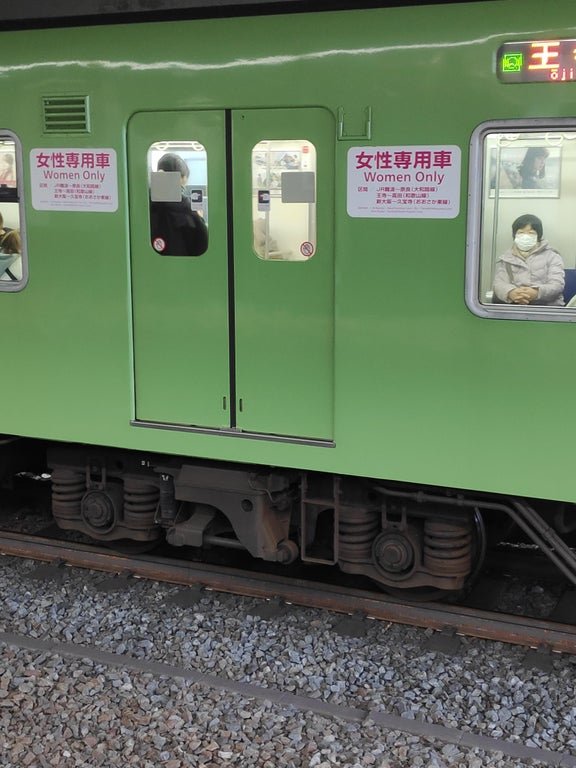 This was likely a response to widespread groping issues that women often experience in intermingled train cars.

Since trains in major Japanese cities tend to be crowded even by the standards of a public train, it's often difficult to tell who's actually responsible for a given assault. And so, this solution is supposed to prevent the problem altogether.

This kid has managed to balance 29 rulers on just one of the same size. 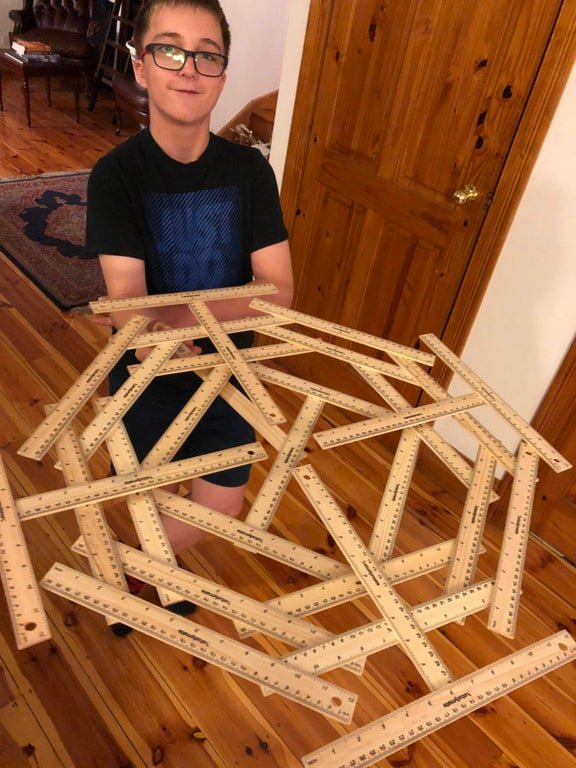 As we can see, this ruler network is being propped up by the one he's actually holding and taking just one away will likely wreck the whole thing.

How did he do that?