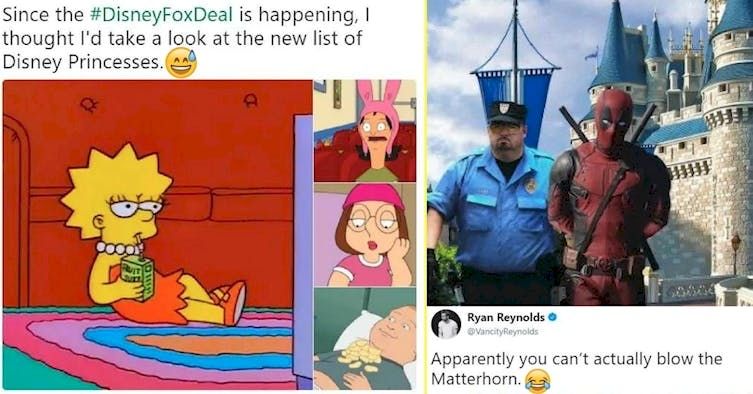 The Internet Is Still Not Over The #DisneyFoxDeal, And We're Crying At These Reactions

In case you missed the memo, Disney recently purchased a majority of Fox for the low, low price of $52.4 billion. That's all.

This means that Disney now owns the rights to many beloved Fox films and television shows like The Simpsons, Star Wars, and, oh, yes, the Marvel Comic Universe's characters such as Deadpool, the X-Men, and the Fantastic Four.

Naturally, people took to Twitter to poke fun at the acquisition (and mask their worries), and it has us rolling on the floor, laughing our little hearts out.

How some people felt about what was really going on behind the scenes of the deal: 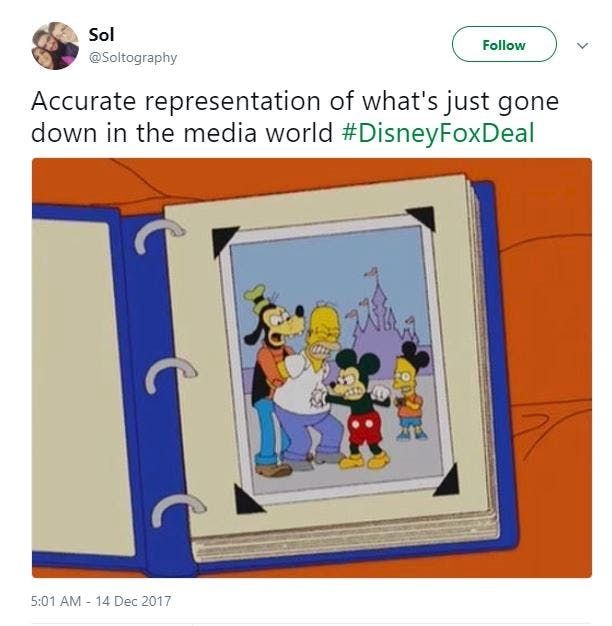 Not even Harry Potter is safe! 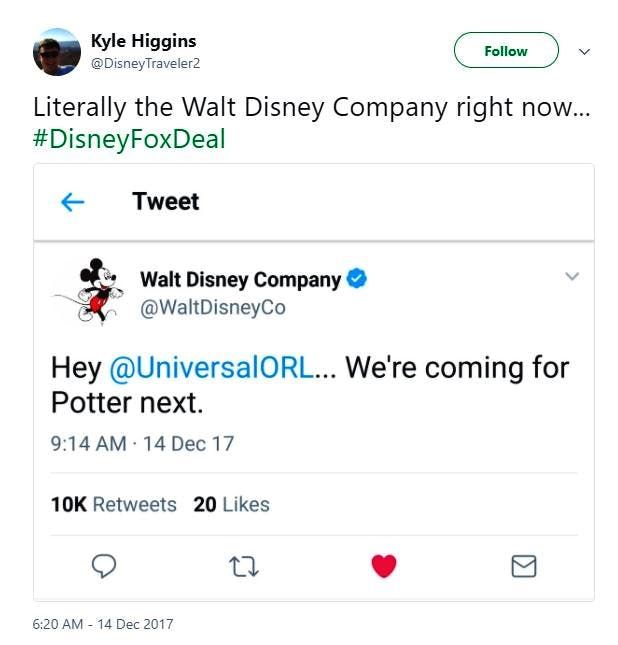 I'm so excited for all the new Disney princesses we're about to get. This one is a true queen. 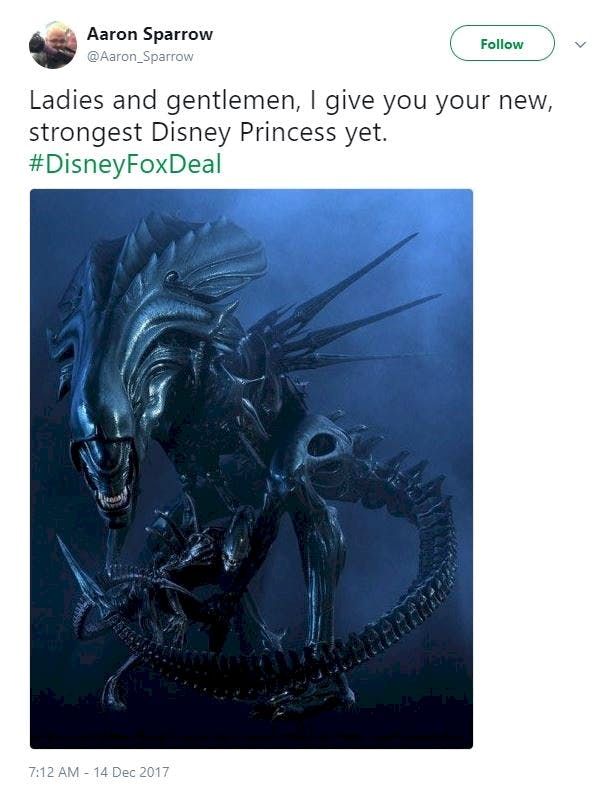 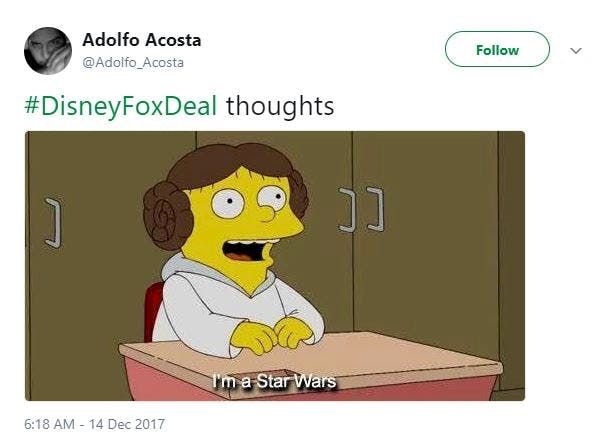 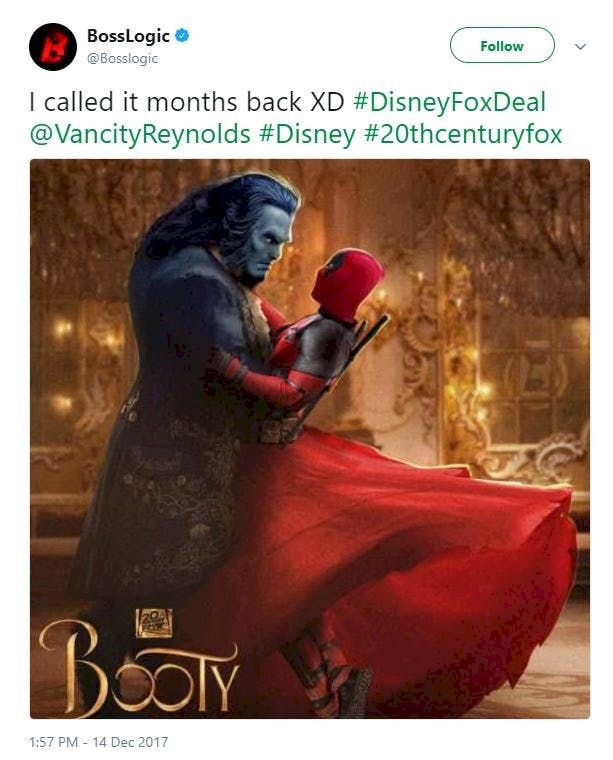 Seriously, so many princesses coming our way. I can't keep up! 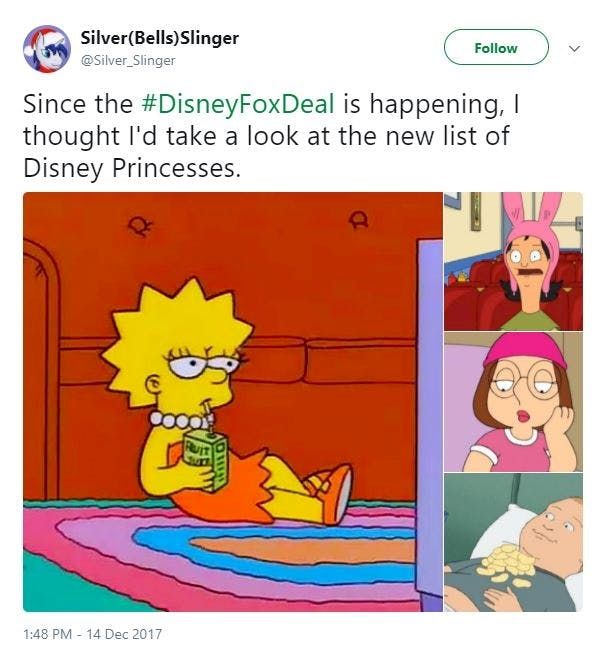 Nope, everyone bow down now. Ellen Ripley is where it is at! 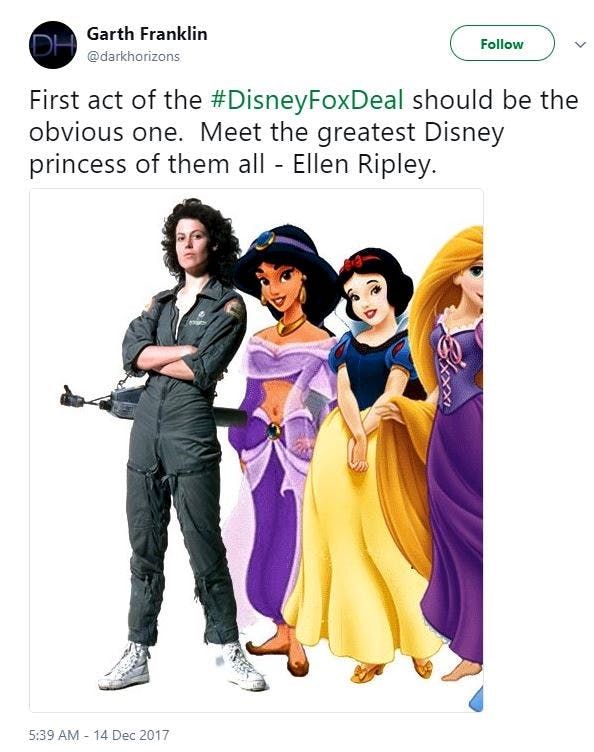 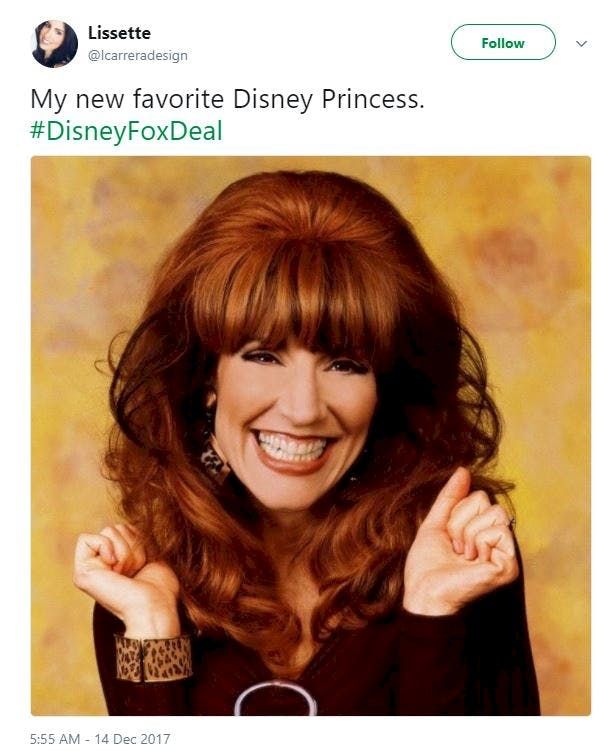 Let's all be reminded that The Simpsons can predict the future, and none of us should have been surprised. 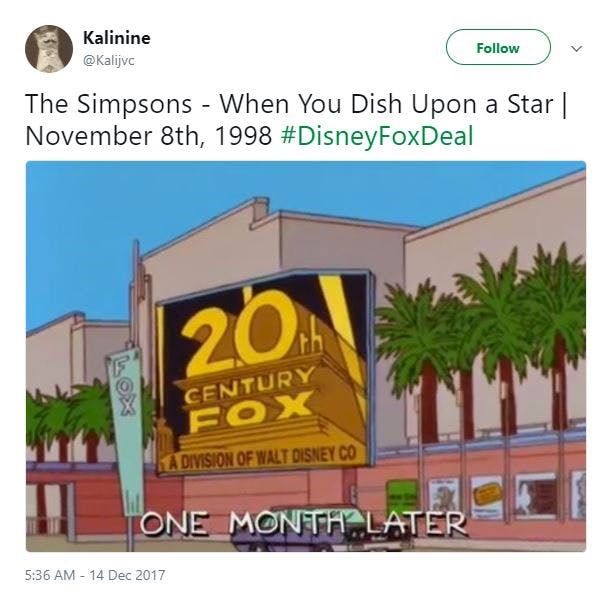 Ryan Reynolds just made me spit out my coffee. He came to slay, and slay he did. 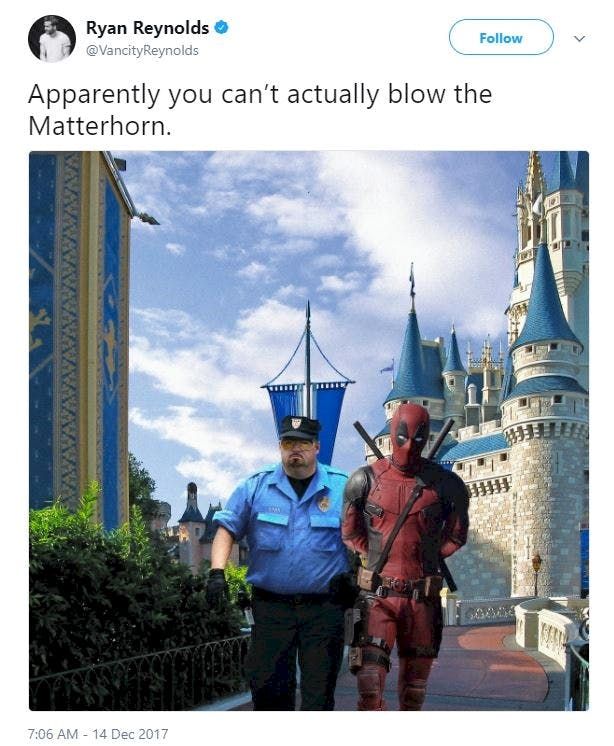