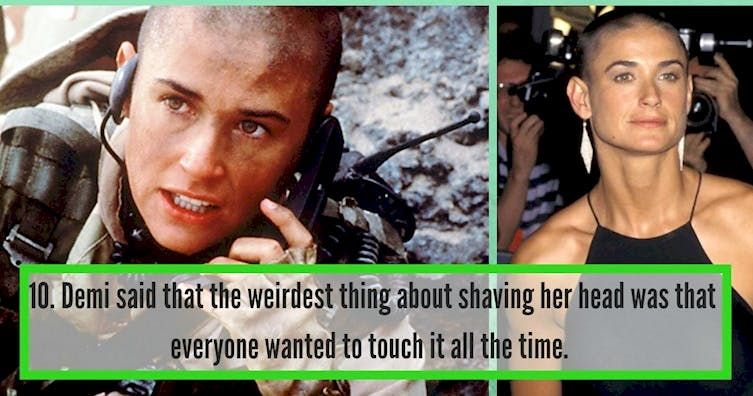 The 1997 military movie, G.I. Jane, may have been a little ahead of its time. For some reason, audiences didn’t get behind the movie about the first female ever to train with the Navy SEALS in the same way that they flocked to director Ridley Scott’s other female-driven action films like Alien and Thelma and Louise.

But the film's legacy has grown over the years and was a personal triumph for Moore, who went to extraordinary lengths to make her character as plausible as possible, shaving her head and training up a storm. She even put in a call into President Clinton for military assistance to help make the film.

The other notable casting in the film was Viggo Mortensen, who at that stage was relatively unknown, but had come highly recommended by Ridley’s brother, Tony, who had cast him in Crimson Tide.

Let’s walk through the evolution of the film and why it’s still talked about 20 years later.

1. Demi Moore did one-arm pushups on The Late Show with David Letterman to prove to audiences that she was fit enough to play a Navy SEAL. 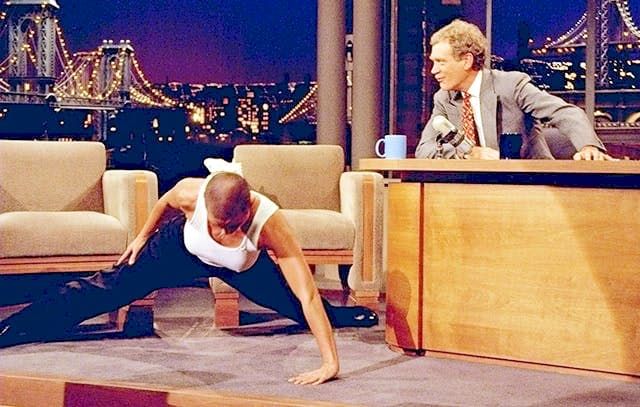 2. Demi Moore’s trainer Gregory Joujon-Roche told her that the one-armed push-up doesn’t come from the shoulder. “It comes from your butt," he said. "From your stomach. Most especially, it comes from the big toe on the opposite side of your supporting arm. It’s all about distributing your power." 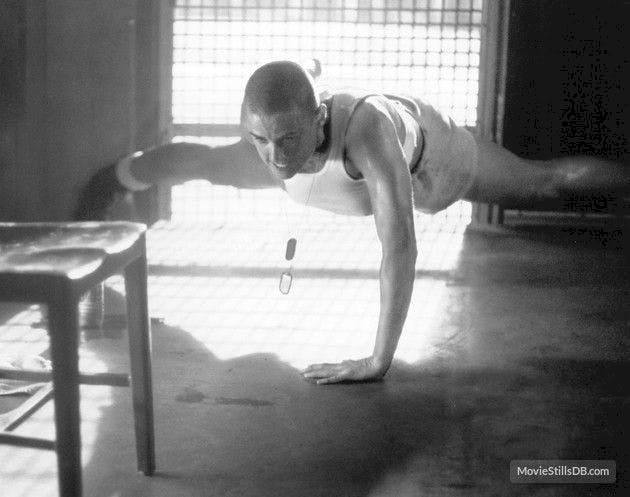 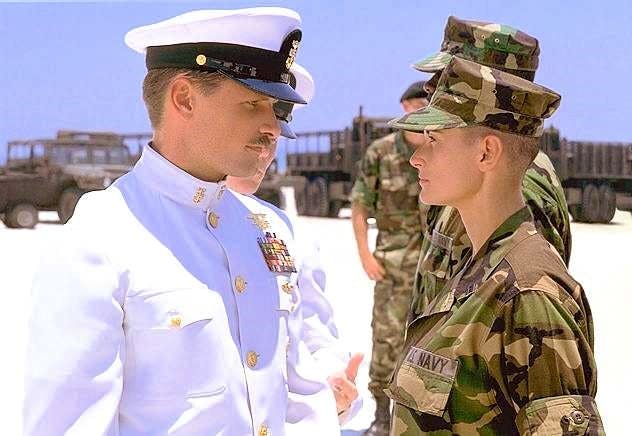 While they were at boot camp in Florida, he went to the naval base in Coronado, California, where he watched actual SEAL training and talked to as many active and retired SEALs as he could.

4. Some of the other cast members (not Moore), were angry that Mortensen didn't attend boot-camp — which was exactly what Mortensen wanted. 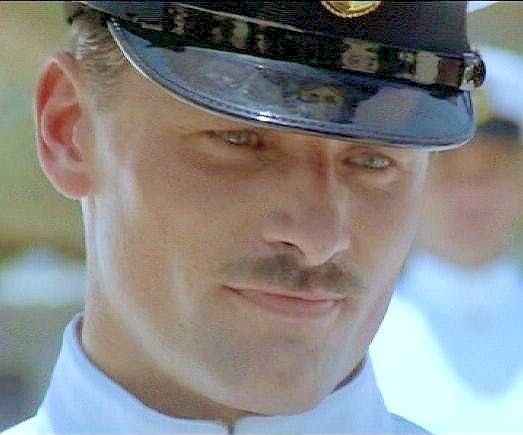 5. When describing his character, Mortensen said, "I am the law and all must obey or suffer the dire consequences." 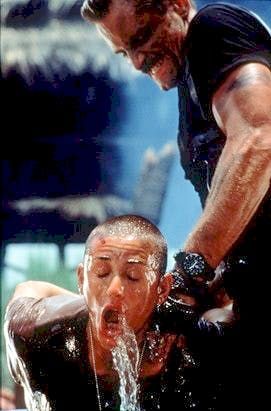 6. Footage of submarines left over from the 1995 film, Crimson Tide was used in this film. Ridley Scott's brother, Tony, supplied it. 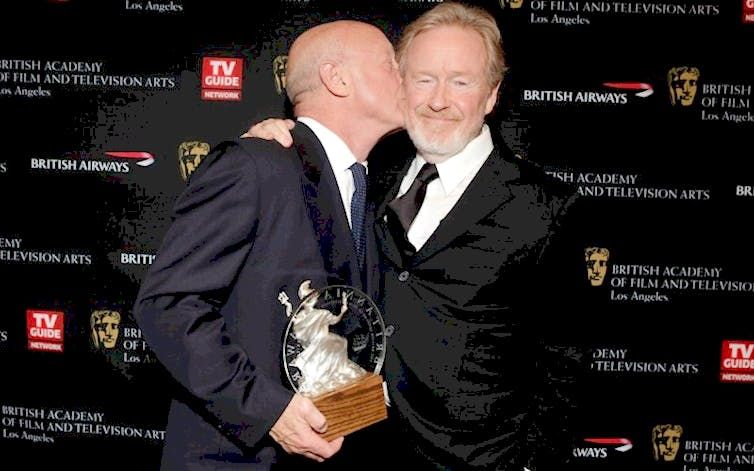 7. Demi Moore attempted to contact President Bill Clinton to request assistance from the US Department of Defense in helping with G.I. Jane's production. She was rerouted to the Pentagon, which would often help out on films, but found this one to be “unrealistic”. 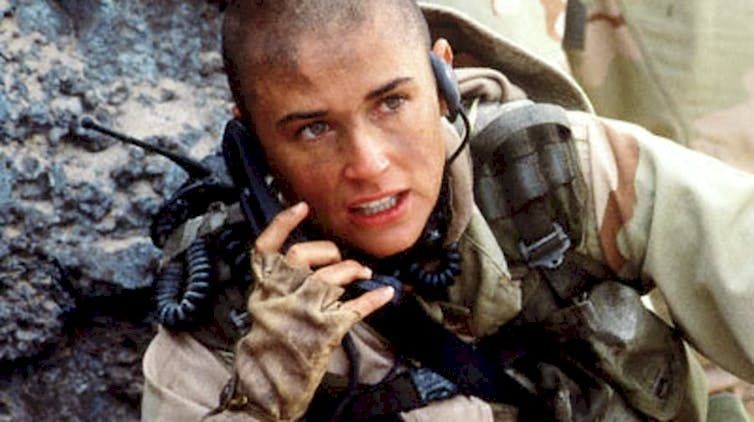 8. During the shoot, Demi would get up at 4 a.m. so she could complete her daily fitness and strength training before filming started. In those days she was one of the biggest stars in the world and would would have multiple security guards following her while running in Central Park. 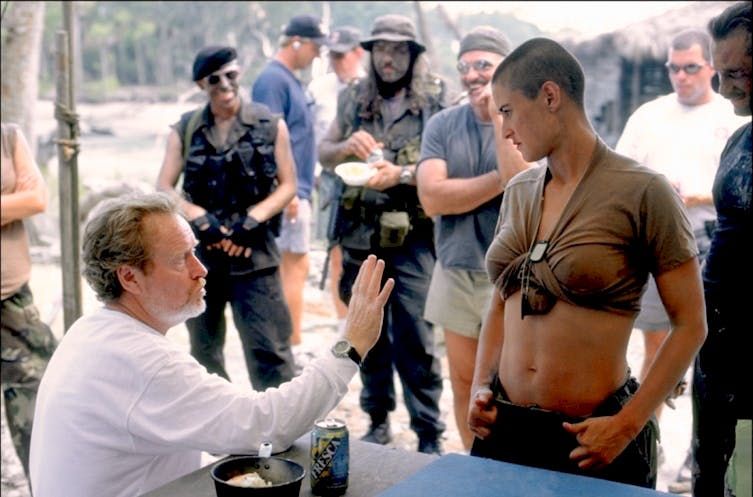 9. Moore used celebrity trainer, Gregory Joujon-Roche, for getting in shape, and Navy SEAL instructor, Stephen Helvenston, to teach her how to think and behave like a SEAL. 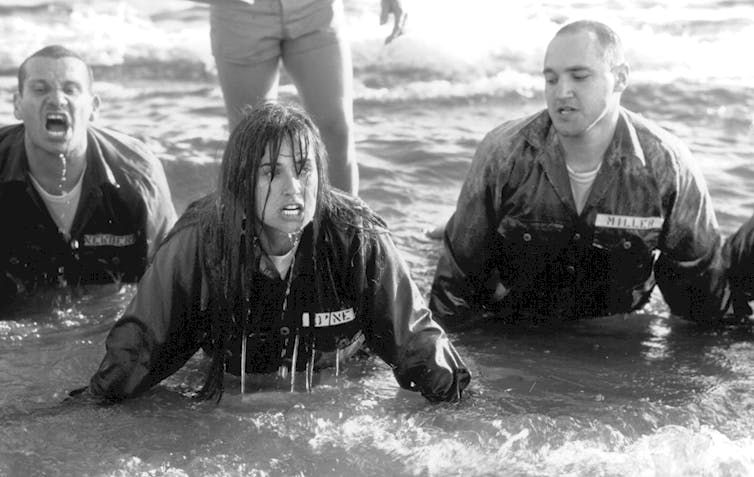 10. Demi enjoyed having her hair short for the movie. "I had more people want to touch me,” she said. “The funniest responses came from my children, who would say to friends, 'Hey, do you want to come look at my mom's head?' as if I were a show-and-tell item.”

11. The 40 background actors in the film were in perfect physical condition. To be cast, they needed to be able to speed-run several miles, swim 30 yards underwater, and do hundreds of sit-ups, push-ups, and squat jumps. 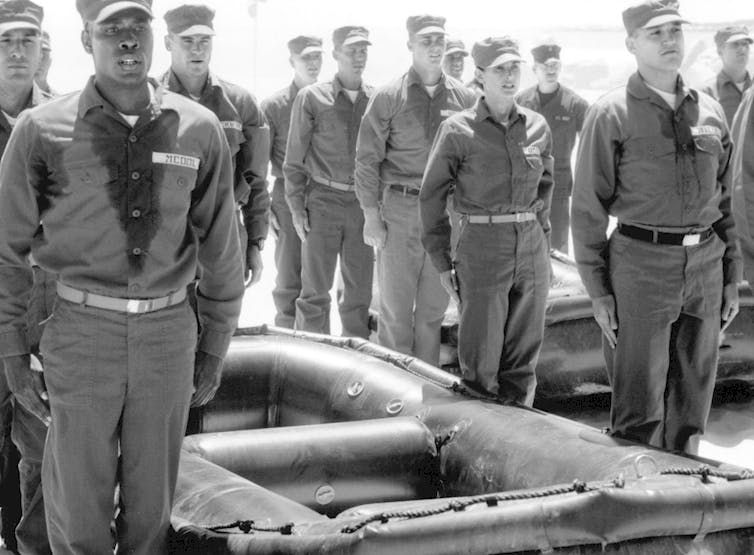 12. When Morris Chestnut, who plays McCool, arrived on set, Ridley sent him down to training. 'I had no idea what we were in for,” he said. “I wasn't prepared for running 30 miles in 100-degree weather, so it was definitely a shock to train for this film. And the yelling! They came after us and stayed on us."