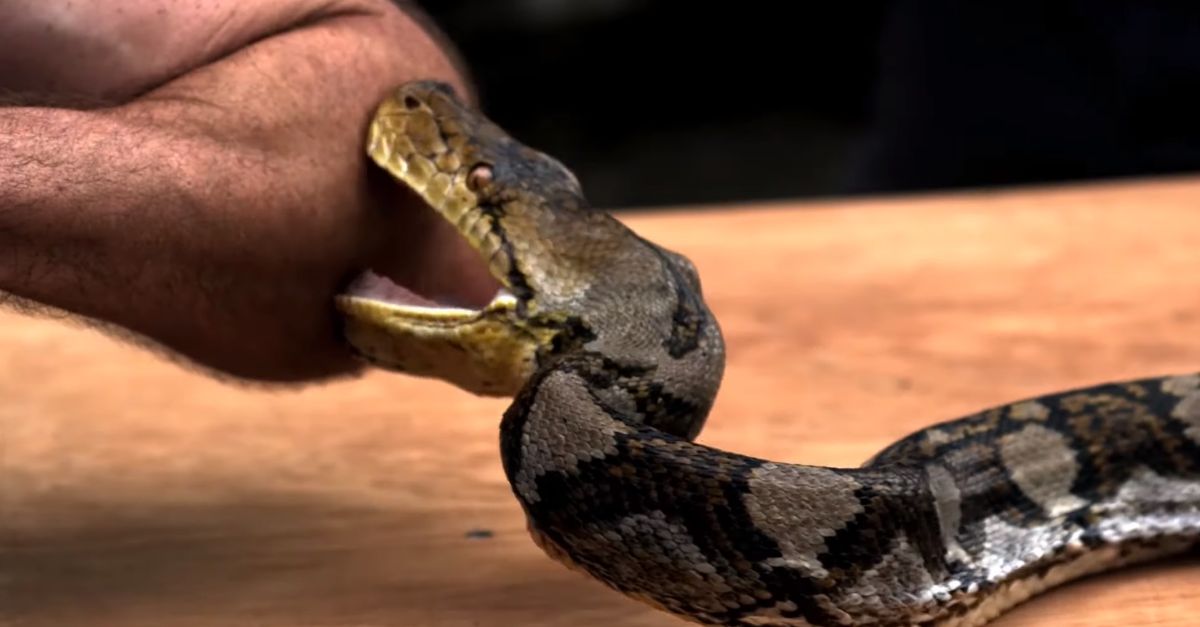 No matter what time period you find yourself in, you can eventually find someone willing to perform daredevil stunts for the entertainment of others.

While some may jump motorcycles over a fleet of buses and others maybe escape from strait-jackets underwater, others still prefer to let dangerous animals do their worst.

Although the late, great Steve Irwin seemed to understand that the occasional crocodile or snake bite was just part of the crocodile hunting life, one man made it the entire goal of a recent episode of his TV show.

And we can see what happened to him in the full video.

Be advised that the following footage is graphic and may disturb some viewers.

Adam Thorn is an Australian wildlife biologist who regularly puts his body through some extreme agony. 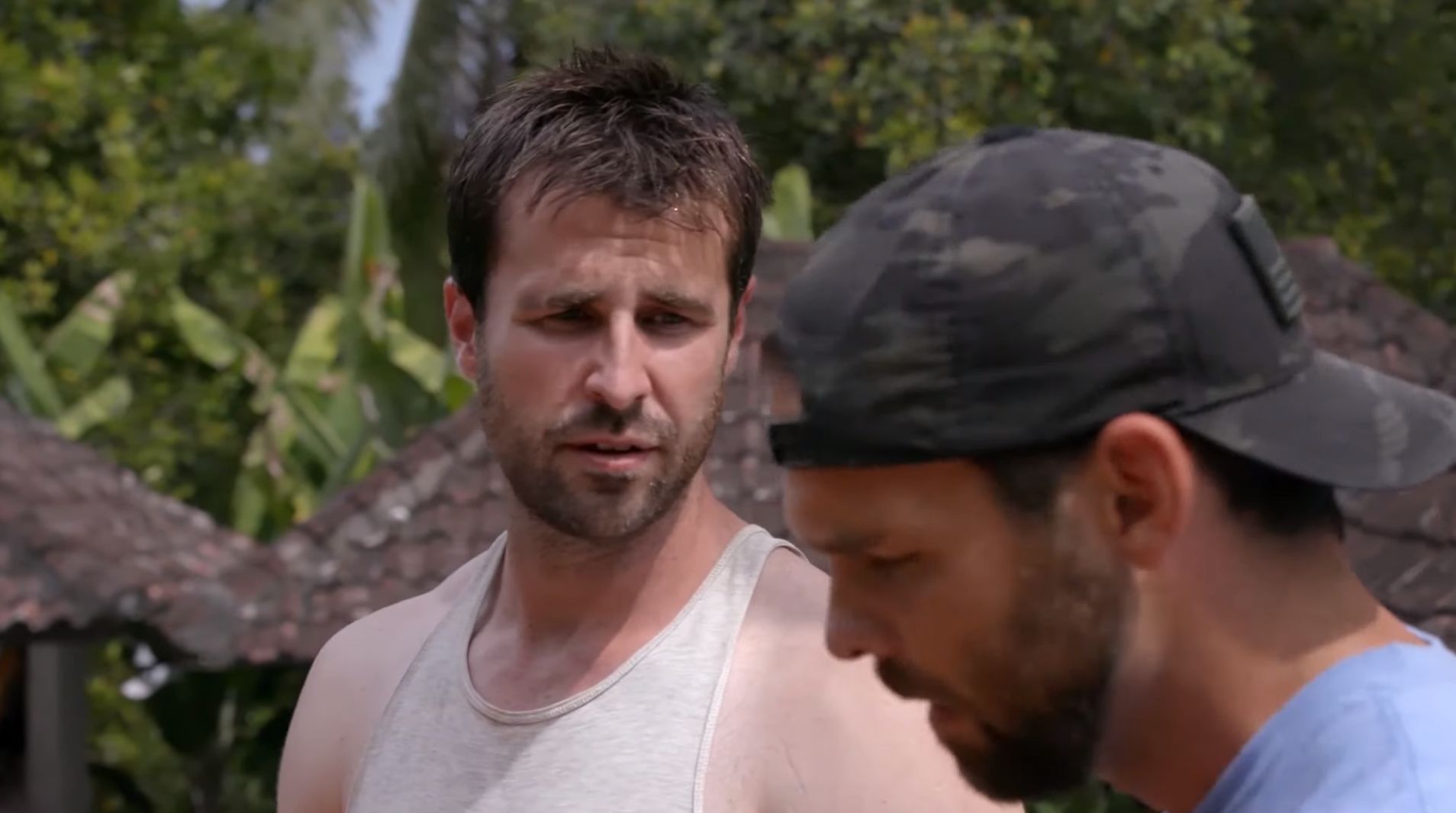 As The Daily Mail reported, he and his co-host, professional animal handler Rob Alleva, test their mettle against the world's most dangerous animals and insects on their show, The Kings Of Pain. 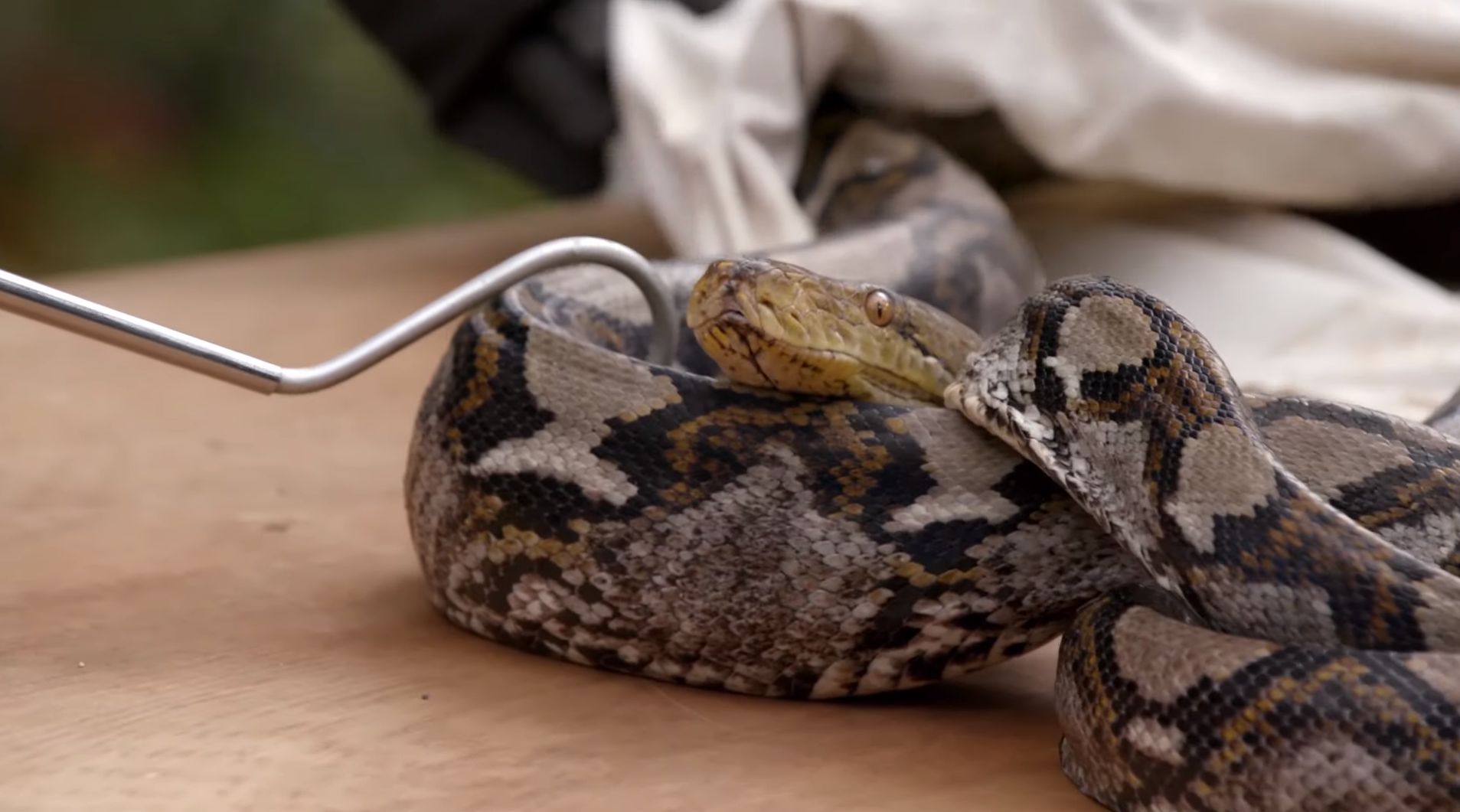 Although the snake he chose is not venomous, that doesn't make their bites easy to deal with and they have been responsible for human fatalities.

According to The Daily Mail, such instances are rare and the python is considering a popular pet due to its usual docile nature.

This python, however, proved anything but docile towards Thorn as it quickly bit him after he put on protective face and groin coverings. 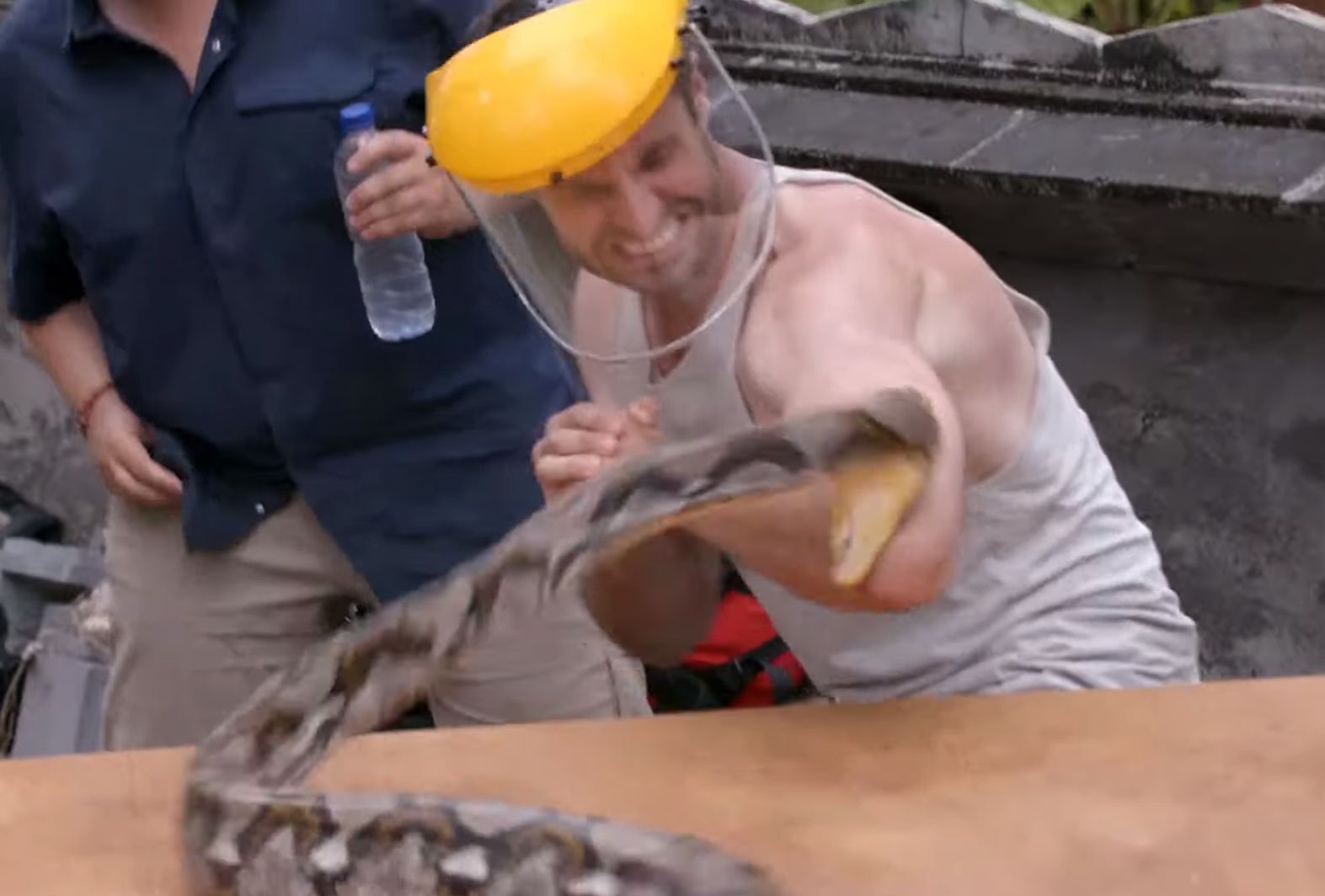 The groaning Thorn sustained the torment for about 20 seconds before asking his friends to get the snake off of him.

As a slow-motion shot reveals, the python first dug its lower fangs in near Thorn's elbow. 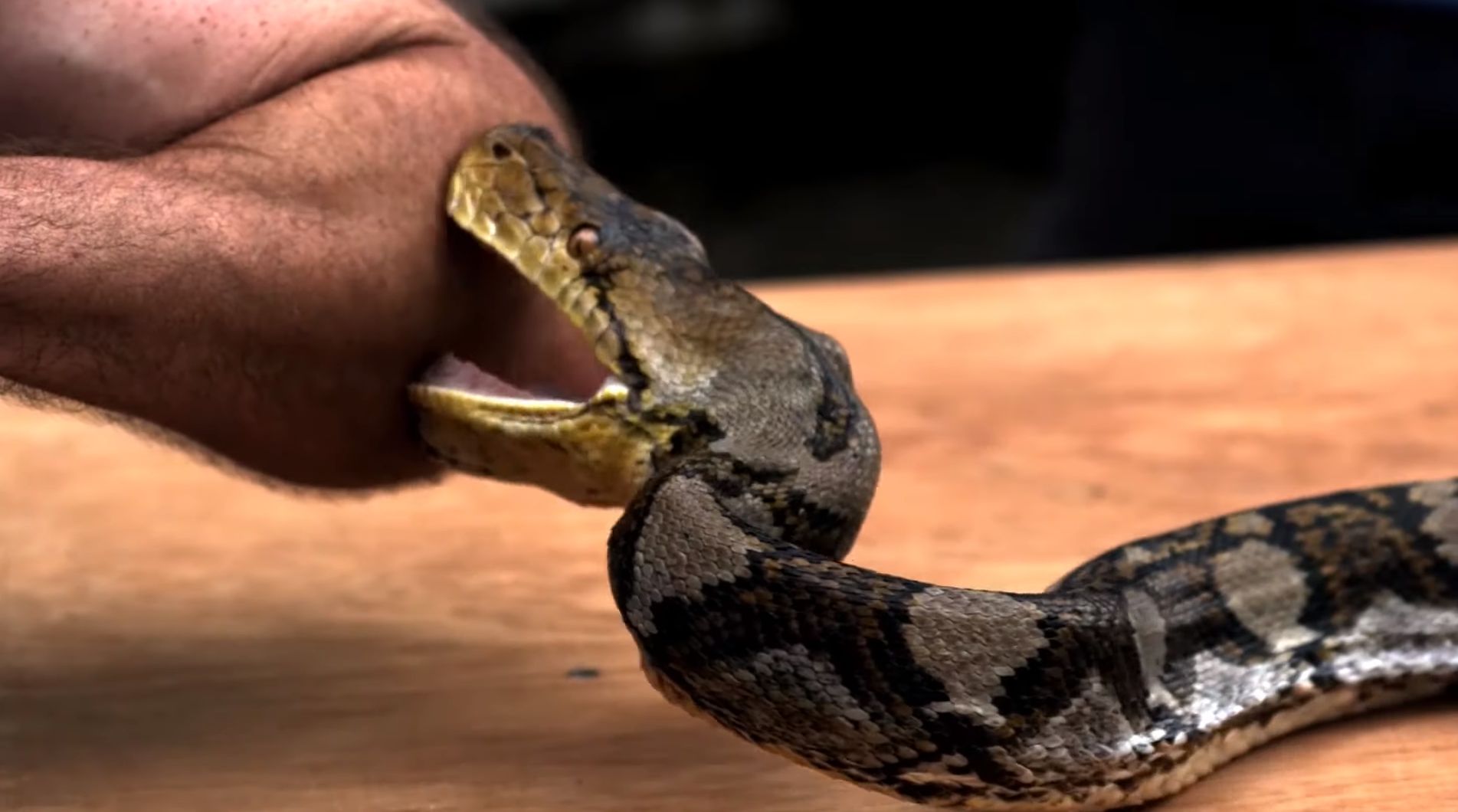 Since this bite was incomplete, it then repositioned itself and buried its top tangs higher up on his arm.

As a result, Thorn ended up with one of the python's fangs lodged into his arm. 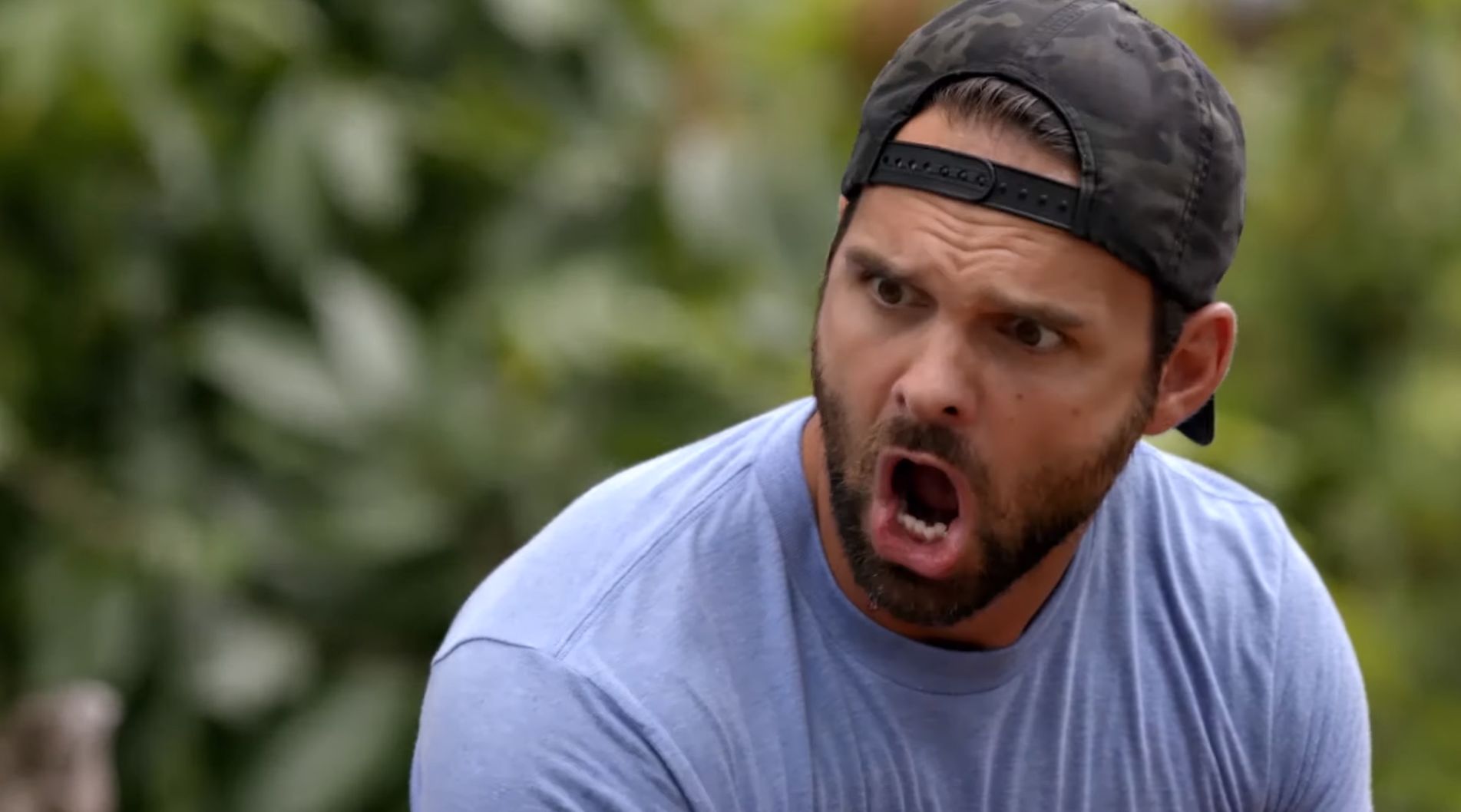 Alleva was also bitten in the process and reportedly had two blood clots "squeezed" out of his arm after the fact.

As the full video makes distressingly clear, Thorn bled heavily after the bite and would soon require stitches.

Still, Thorn had identified "big puncture wounds that bleed a lot" as the best possible outcome, so it appears that we're about to see the lucky result of his encounter.