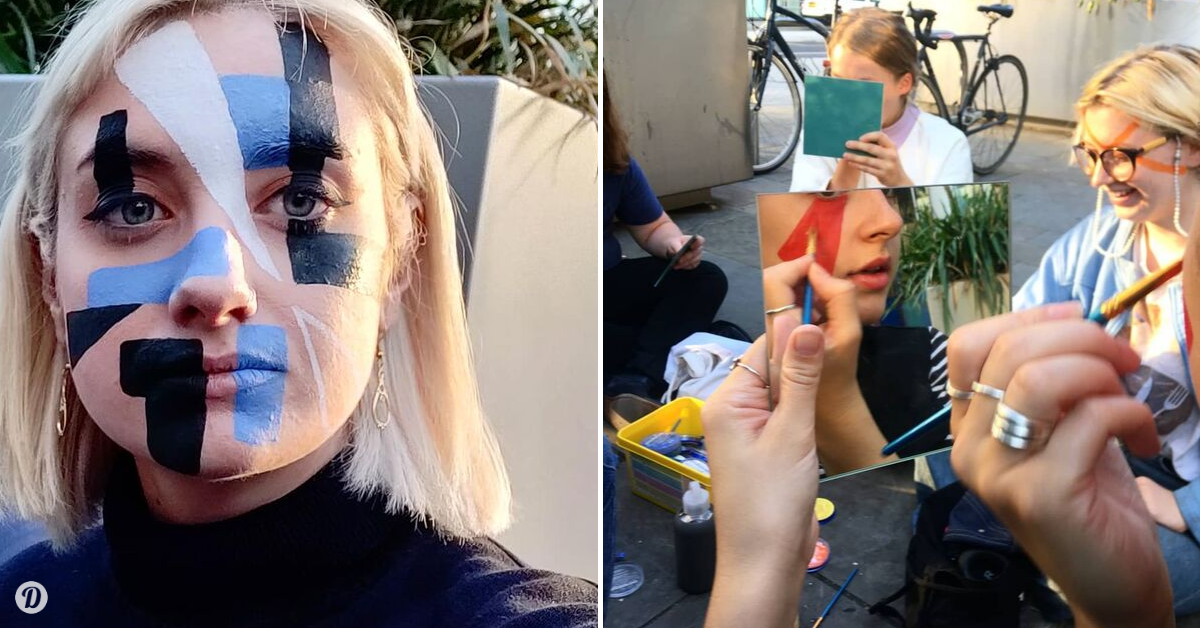 Nowadays it can feel like everything and everyone is spying on you — and that's probably because they are in some way or another.

We're living in our very own dystopian future, except instead of using your information to surreptitiously harvest your organs and replace them with robotic ones, they're largely using it to sell you stuff — which is still a dangerous precedent.

However, in the wake of growing concerns over mass surveillance through facial recognition software, some groups are taking to developing so-called "anti-surveillance fashion".

The fashion works as a form of contemporary camouflage.

Think Arnie in predator meets Gucci trainers and you'll have the right idea.

The idea of anti-surveillance fashion has become something of a growing movement, with one group in London called "The Dazzle Club" seeking to spread awareness of the issue of mass surveillance.

The Dazzle Club is a group of artists who organise large marches with the view to become truly invisible. 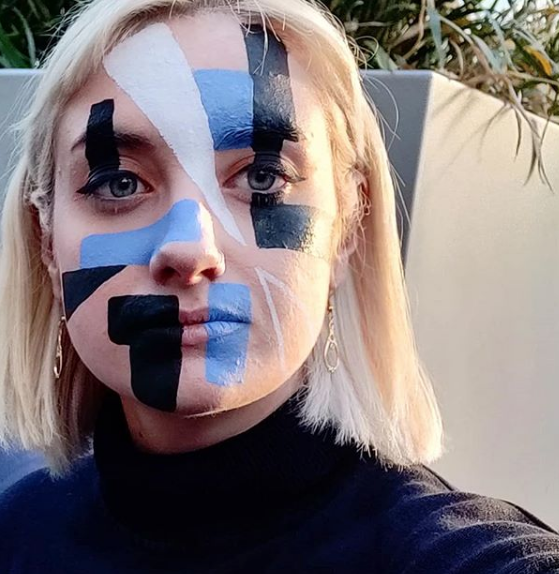 The movement's first walk was led by Anna Hart this year on August 22. They held the march as a response to articles in British newspapers which conveyed a fear of the growing use of facial recognition in surveillance systems.

The group hopes that their striking makeup and use of facial effects will confuse the system's algorithms. 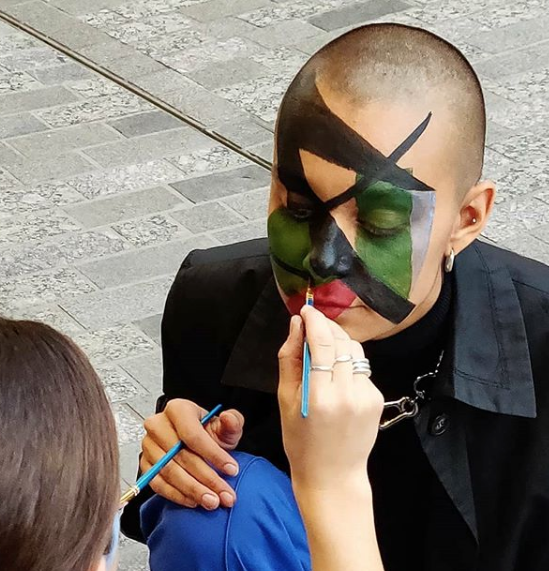 On their official website, the group explains the purpose of their work: "CV Dazzle explores how fashion can be used as camouflage from face-detection technology, the first step in automated face recognition."

In recent months, companies such as Facebook and Amazon have come under scrutiny for their use of facial recognition software. 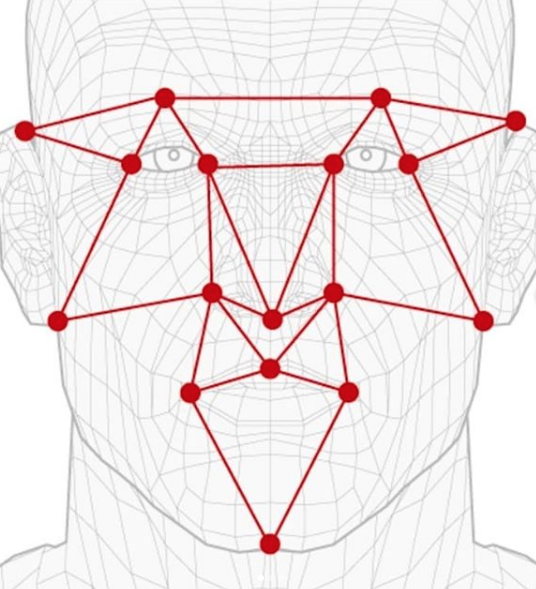 While the use of facial recognition is obviously extremely useful in such areas as public safety, the concern for most people (Dazzle Club in particular) is where its application for public safety ends, and its use for invading people's privacy begins.

In response to one controversy regarding the use of facial recognition on the public at King’s Cross development in central London (which Dazzle Club were violently opposed to), policy and campaigns officer Hannah Couchman described the software's application as, "a disturbing expansion of mass surveillance that threatens our privacy and freedom of expression as we go about our everyday lives", in an interview with the Guardian.

Another technique used by people to avoid facial recognition is to employ more tactile measures. 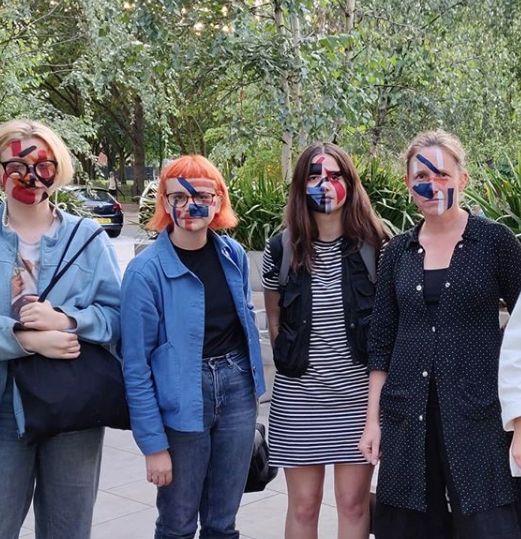 By wearing items of clothing such as sunglasses, or masks, people can physically block cameras from recognising them.

The movement has created quite a buzz in the fashion and art worlds. 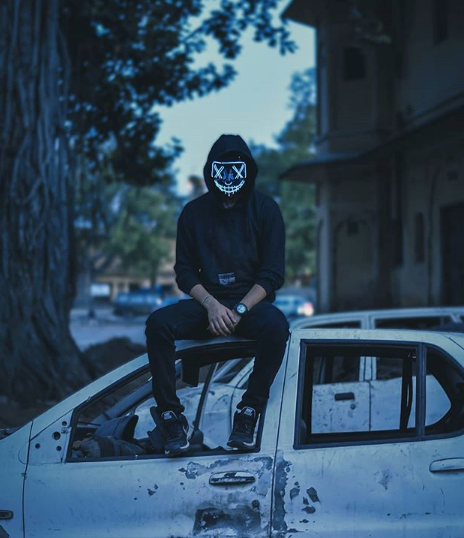 Speaking to Reuters, Art and Fashion Professor at Canada's Ryerson University Henry Delgado explained, "There has always been something subversive about street wear, and one of the new areas of subversion is definitely surveillance and, in particular, facial recognition".

However, the notion of anti-surveillance clothing does have its critics.

Professor of Communication at the University of North Carolina, Torin Monahan, expressed concerns that the very idea of anti-surveillance fashion is dangerous in that it inadvertently admits defeat to the idea of mass surveillance itself.

If we operate under the assumption that mass surveillance has already happened, Professor Monahan theorised, then it becomes normalised. 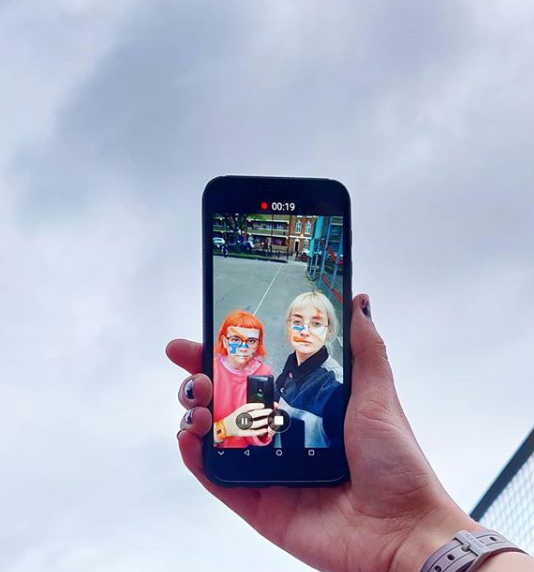 Professor Monahan explained, "These artworks are accepting pervasive surveillance as being inevitable."

However, the faces (or lack of) behind the Dazzle Club ardently defended their artwork.

Emily Roderick, one of the main contributors to the Dazzle Club, expressed a worry about what mass surveillance means for identity. 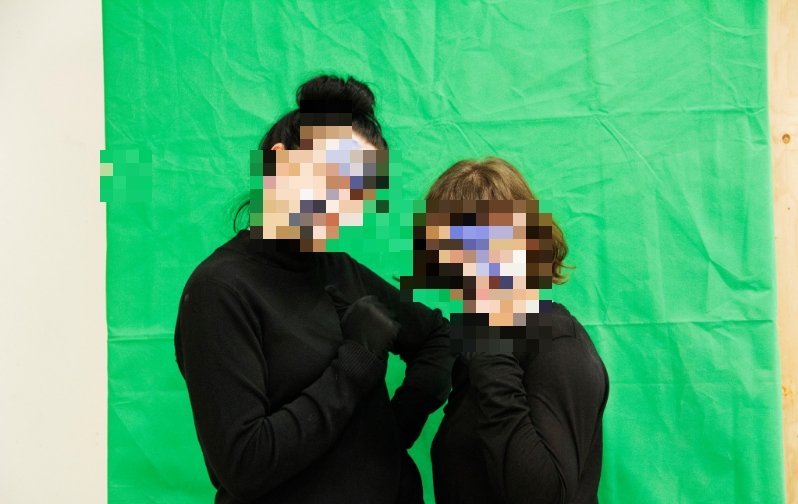 "There's definitely something important about being able to take ownership of our own image and understand when we want to put that out into the public space," she told Reuters.

Art has always been concerned with notions of identity. So ideas of the fractured self that pervade artistic endeavours can naturally be mapped onto a world that takes your very notion of a perceived self from you, often without your consent.

So, if you're worried about your face being scanned by anything and everything resembling a camera, just remember—

It's natural to be concerned about your privacy because it's something that everyone's entitled to.

However, in a world that is so obsessed with sucking in information from anywhere and everywhere, it can be difficult to cut yourself off completely without going to live in a tent in the middle of nowhere — which, to be frank, is sounding more and more appealing based on the current political climate.