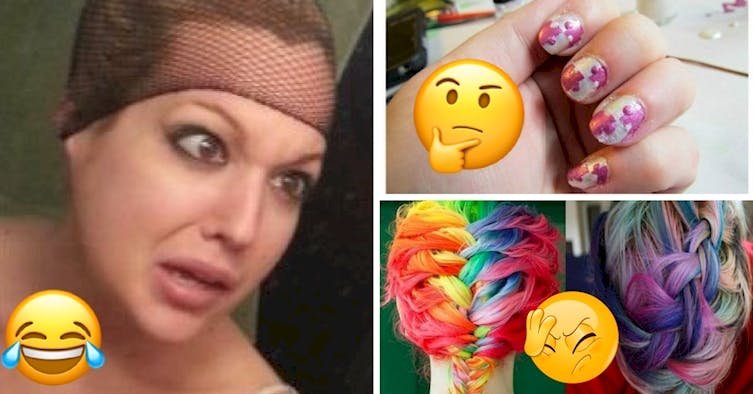 24 Beauty Hackers Who 'Failed It' More Than 'Nailed It'

I personally consider those who attempt beauty hacks the bravest of the brave — mainly because they end up with some intense fails that are little gifts of laughter to the world.

It's also a nice reminder to myself that if I ever have the desire to try one of these time-consuming hacks, I should just go ahead and...not.

1. Ariel herself would absolutely not approve. 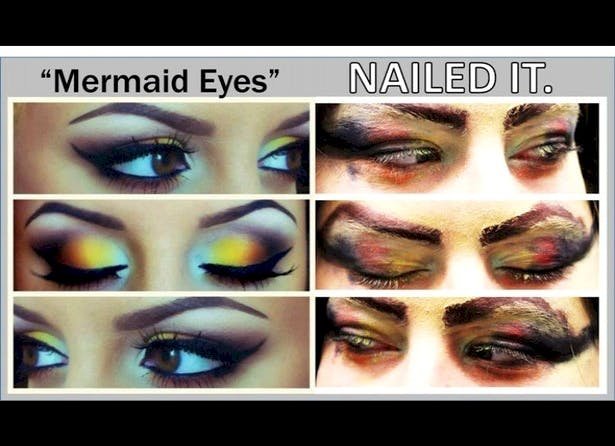 Mostly because Ariel's skin is flawless and she does not need eyeshadow to improve her look, but for the rest of us, this hack is way too complicated, and this poor person proved it.

2. If you want it to look like you don't have any feeling in your scalp anymore, then this is the braid for you!

Why it's not catching on, I do not understand. 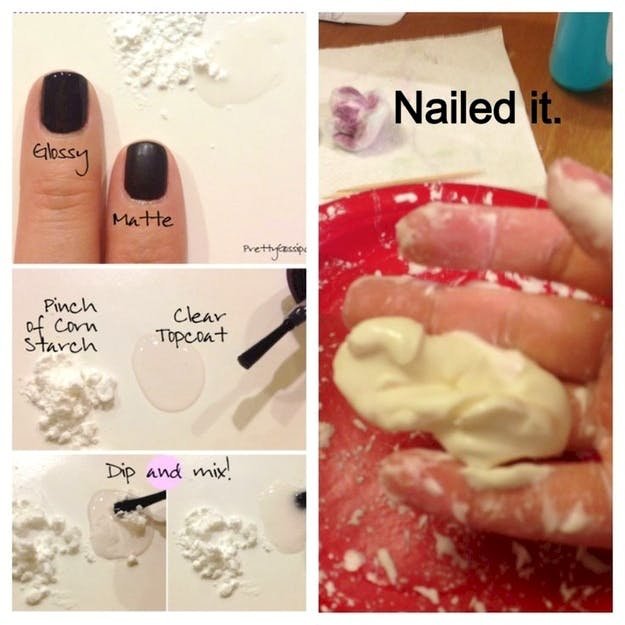 This mixture seems like it makes a great paste that's fun for kids to mold into some shapes, but definitely not something I can turn into a sophisticated matte topcoat.

4. All this lip stain did was make it look like this girl flossed a little too hard. 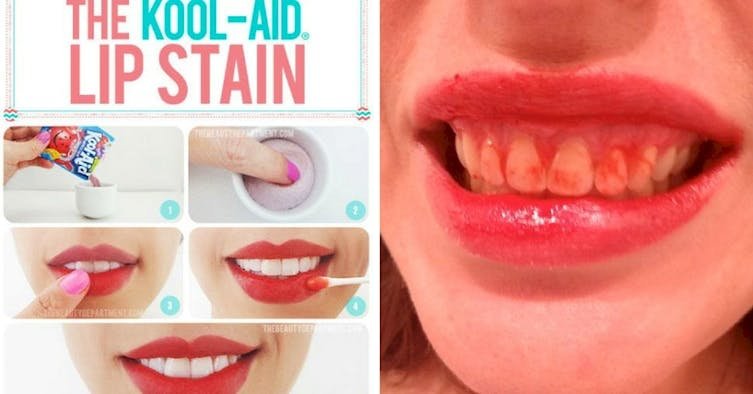 Not exactly the look anyone wants, but I guess this is the price we literally pay for cheap beauty hacks.

Just make sure you everyone the look that you were going for was "orange wicker basket," and they will tell you that you got it spot on.

6. My question is: Did this person use any lipstick or did they just drink a blueberry smoothie and forgot to use a napkin? 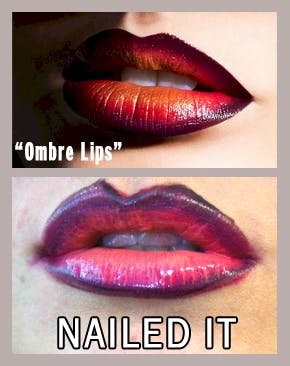 Let's be real, either could be plausible, and I wouldn't be mad it both were true. 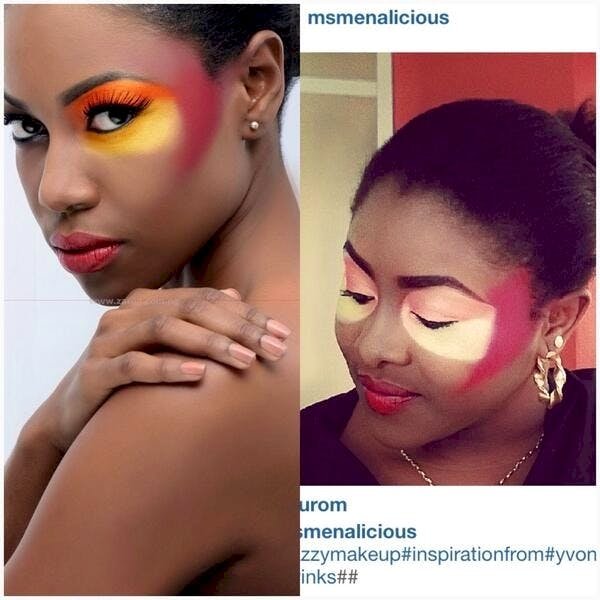 Why is no one high-fiving me right now?

Apparently, the key to this lewk is blending, but ugh, no thanks — that is just way too much work.

8. "Y'know, I really want a look that looks like I sneezed a million times immediately after I put on mascara" 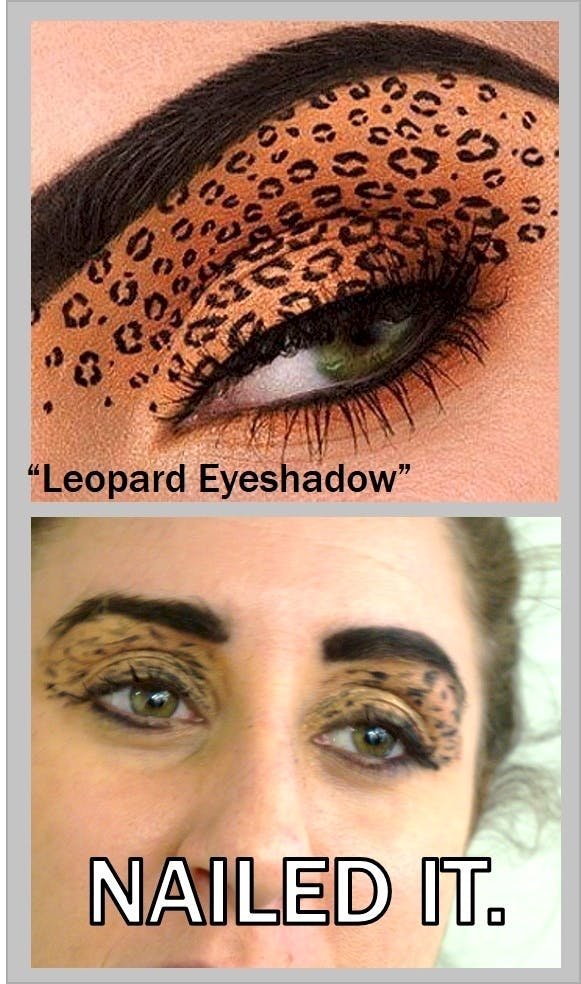 Well, lady, don't worry, because we've got just the hack for you! 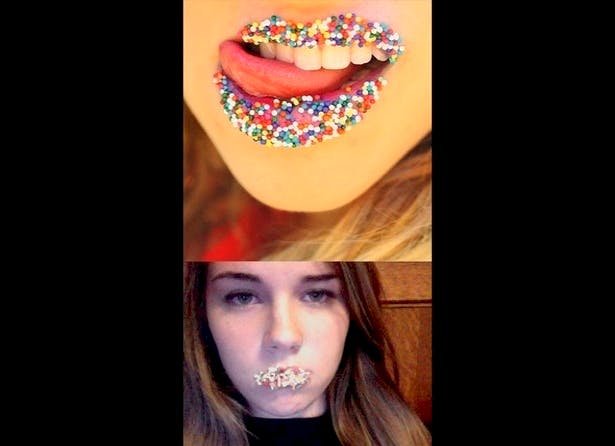 How the original person managed to get those sprinkles perfectly aligned on their lips actually makes me wonder if they used super-glue.

I am very tempted to try it.

10. And that was the last time Sarah ever tried to multitask. 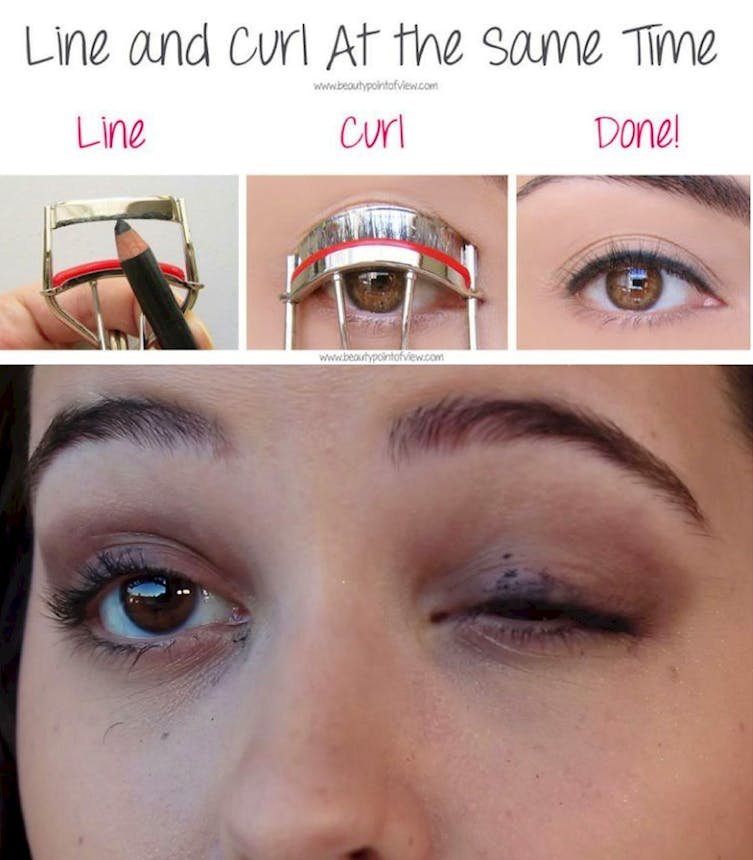 Unless she was aiming for the smudged look that's totally all the rage. I hear it's super hot overseas. Oh, sorry, that was underseas.

11. How much nail polish ended up on on this person's toes before they realized this wasn't going to end well?

I would be concerned when I saw more nail polish than skin, but hey, that's just me.

I mean, the shape of the lips looks like it's on point — the eyelashes, however, miiiiight be a tad too dramatic.

13. A rose by any other name would be...well, a lot better than this makeup mess. 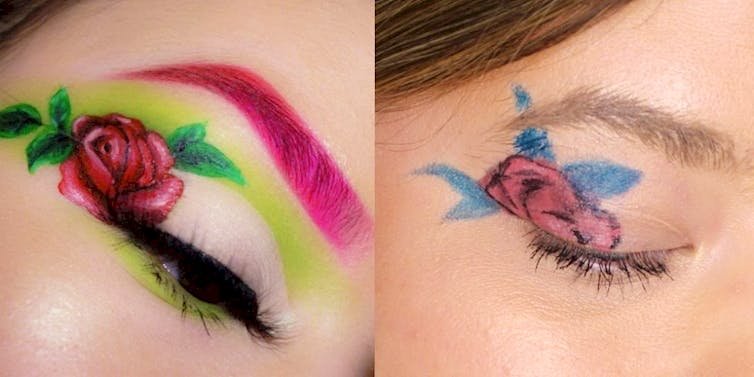 Unfortunately, this look turned out a lot thornier (get it!) than she probably intended it to. But, hey...at least she tried!

14. If he was going for the "I just ran full-speed through the forest" look, then he totally nailed it. 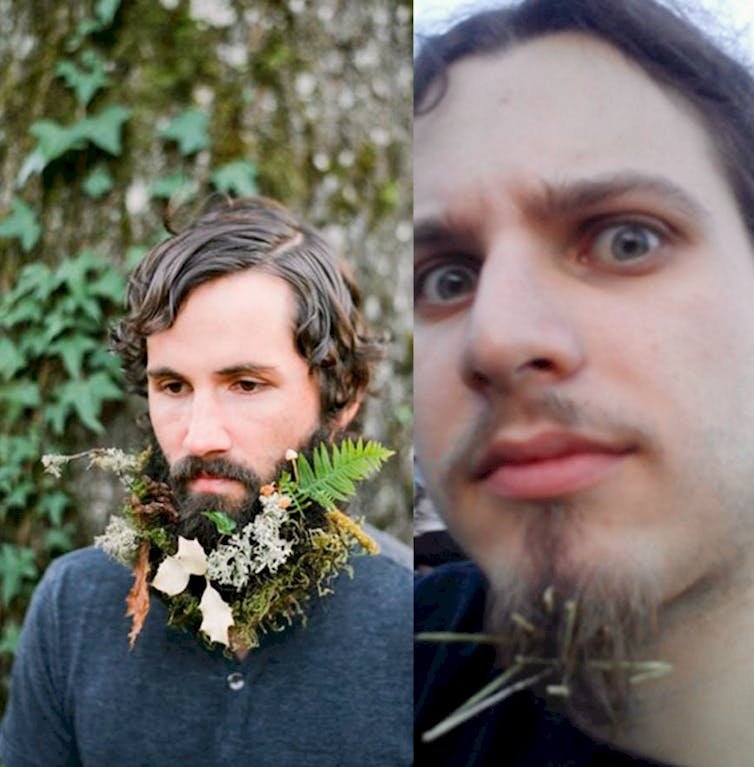 Maybe next time you're trying to pull off the "hipster garden beard" look, try using more than a handful of grass.

15. Ah, yes! This is the perfect sleek and modern bun that every businesswoman strives to achieve.

Nothing says, "I'm a professional, so please take me seriously!" like this simpler take on the classic Cindy Lou Who bun.

16. I can only assume that this girl ran out of eyeliner and figured that a permanent marker would work just as well. 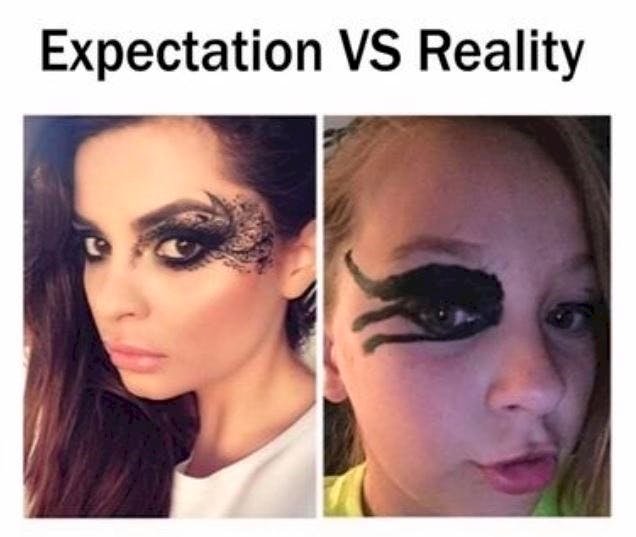 Spoiler alert: It did not.

However, this look could be turned into a pretty excellent Winter Soldier cosplay, so there's that!

17. Is it just me, or does this look exactly like she tried to do Princess Leia buns but put them too close together? 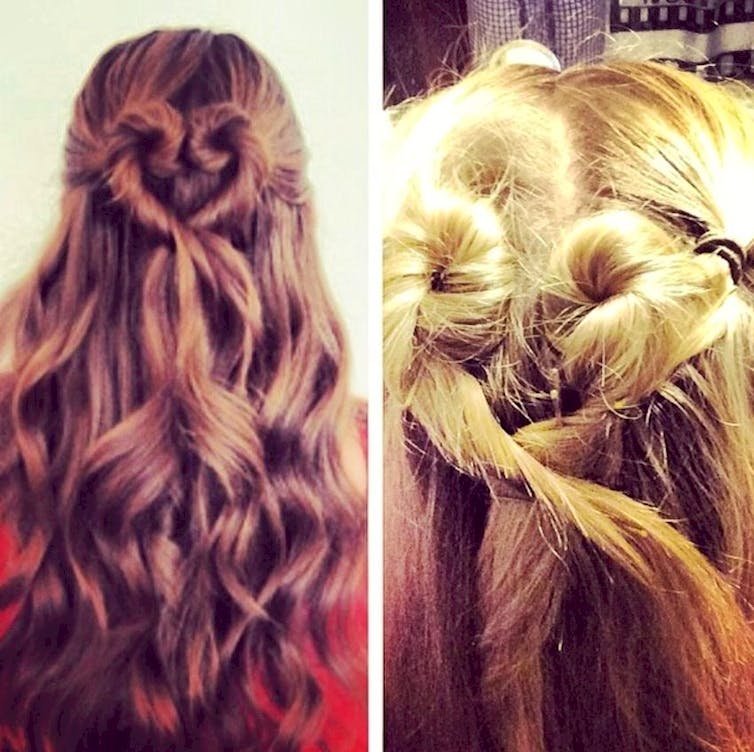 Either way, that's definitely not the heart-shaped hairstyle she was going for. 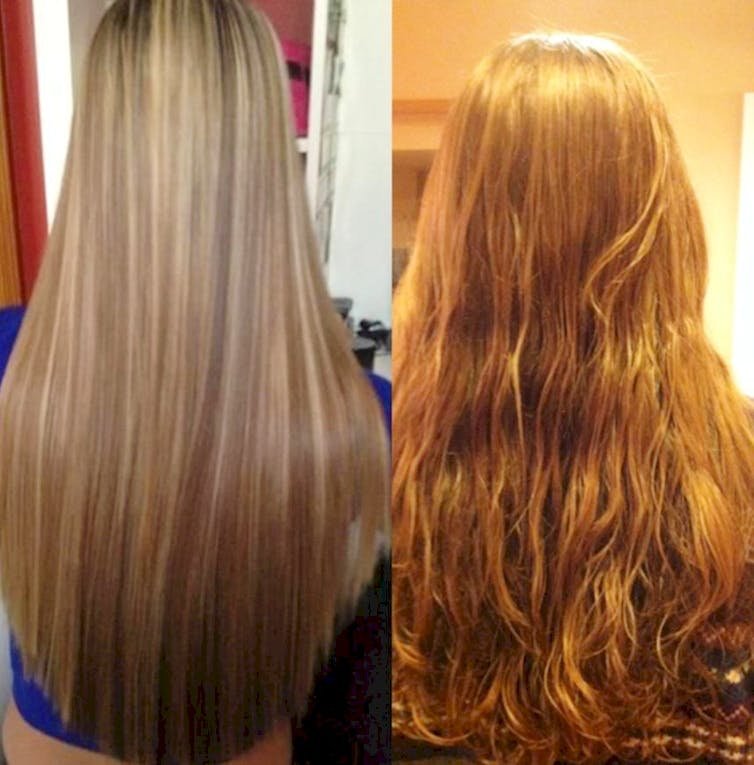 As a rule of thumb, when you're scrolling through the beauty section of Pinterest, if it looks too good to be true, it probably is.

19. I was going for a natural beach glow, but this works too, I guess. 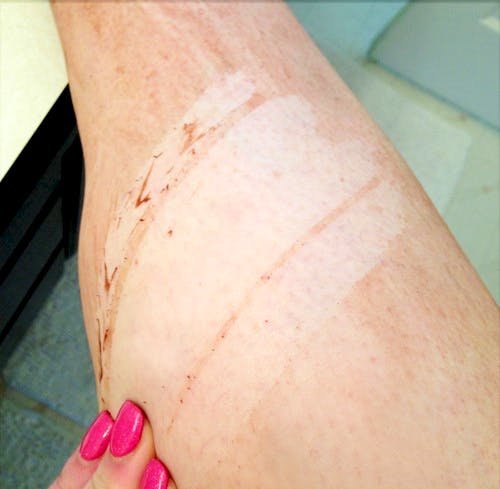 Most of us know to be wary of streaks when we use self-tanner, but this is some next-level stuff.

20. I may never stop laughing at this person's attempt to paint that bird on their nails. 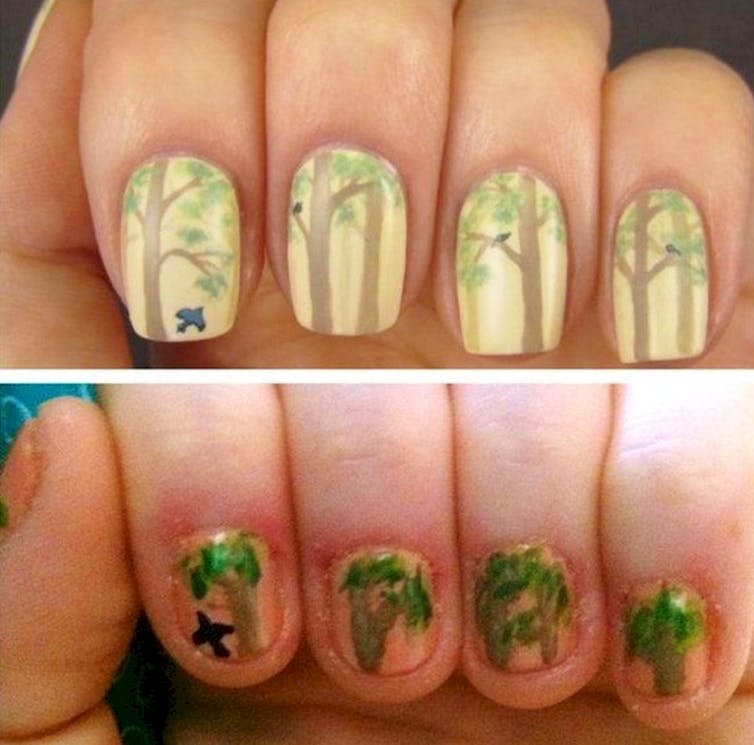 Honestly, we were robbed because they didn't attempt to paint the bird on the branches in the next three nails. I demand an update!

21. This is one puzzling manicure. 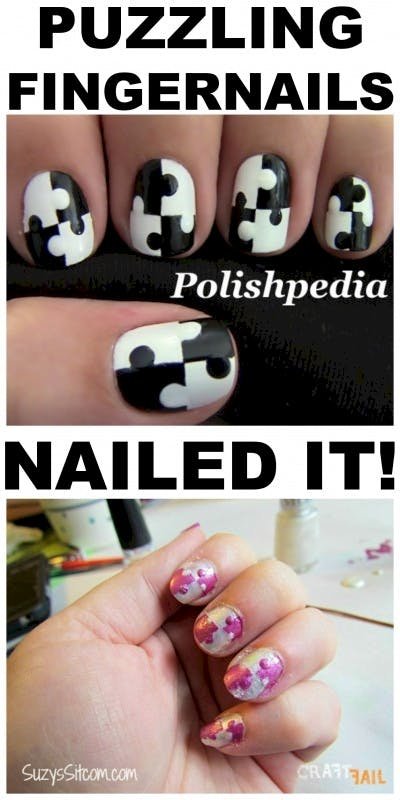 It's like this girl got frustrated when the pieces wouldn't fit together so she just smashed them in until they did. That's my puzzle technique, and I can tell you, it's not a good one.

22. "One size fits most hair style & size." Are ya sure? Are ya really sure about that? 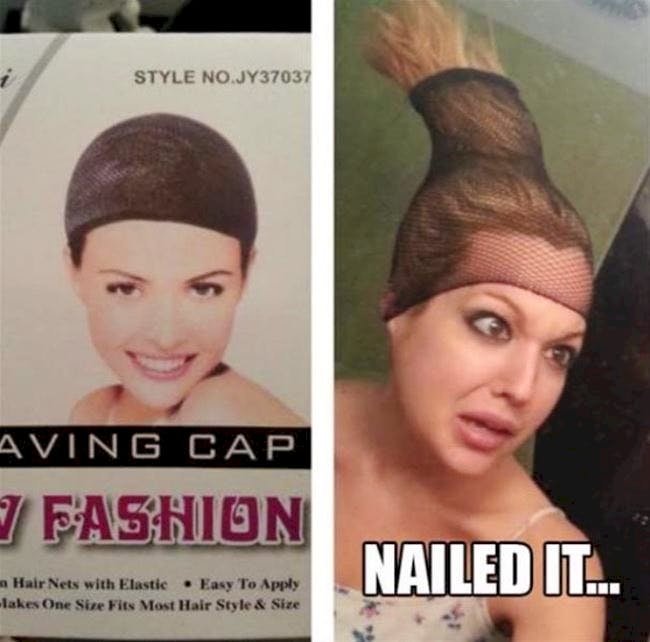 I would also be incredibly confused if I put this product on and ended up looking like I just threw some fishnets atop my head.

23. When you paint with all the colors of the wind, you might just get blown away.

Maybe we shouldn't expect a pot of gold at the end of this rainbow. 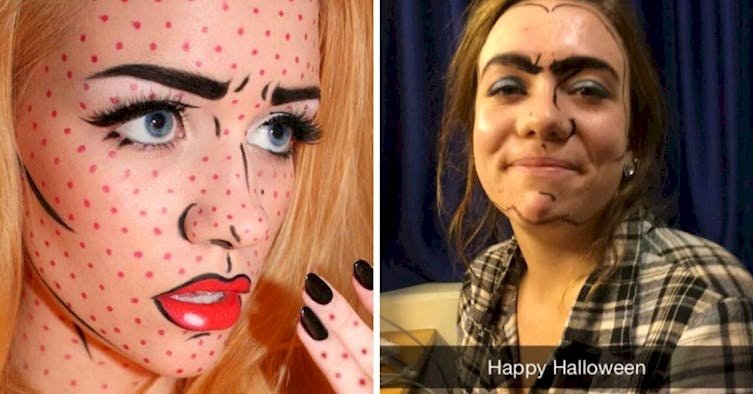 Pop art costumes are supes adorbs around Halloween, and this poor lass is going to end up going as Makeup Fail. It's still a great backup.