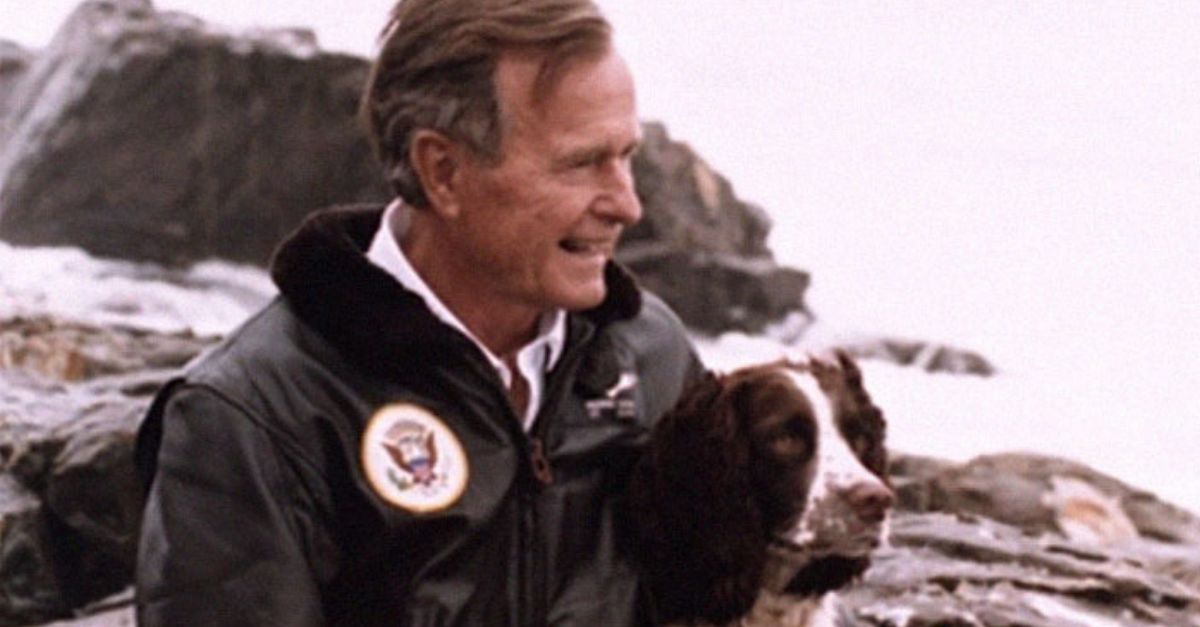 As with any administration, there's definitely room to criticize the policies and decisions of former president George H.W. Bush while he was in office.

However, if there's one thing that can cross any political party lines, it's a love of dogs. And Bush Senior had more than enough of that to go around.

Some may point to the heartwarming way his service dog Sully, faithfully stayed by his casket before his December 2018 funeral as the prime example of this, but he was always a major dog fan.

And I'd love to see anything that shows this as much as one charming 1992 memo about his dog, Ranger.

Ranger (pictured on the right) was the offspring of Bush's first presidential dog, Millie. 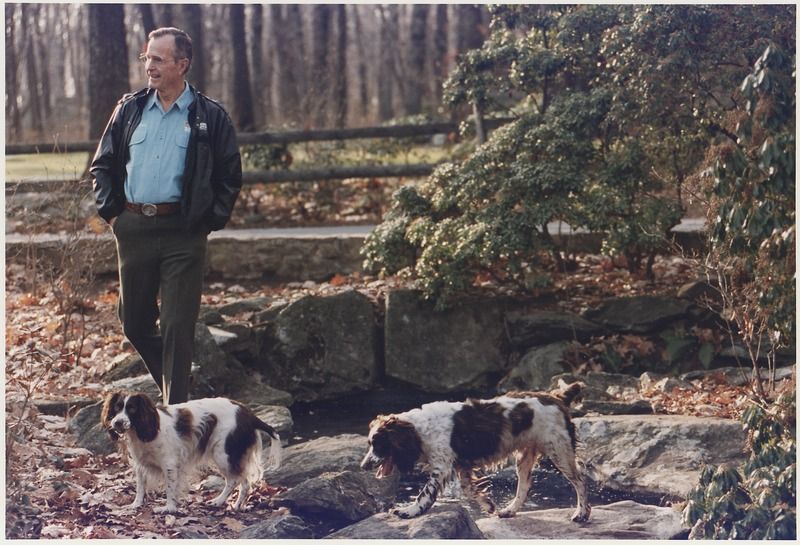 Although Ranger wasn't Millie's only puppy, a spread of photos published by USA Today made it pretty obvious that he was Bush's favorite.

Sometime in 1992, however, a memo sent by the then-president to his White House staff made it clear that he hadn't taken Ranger jogging as often as he would've liked. 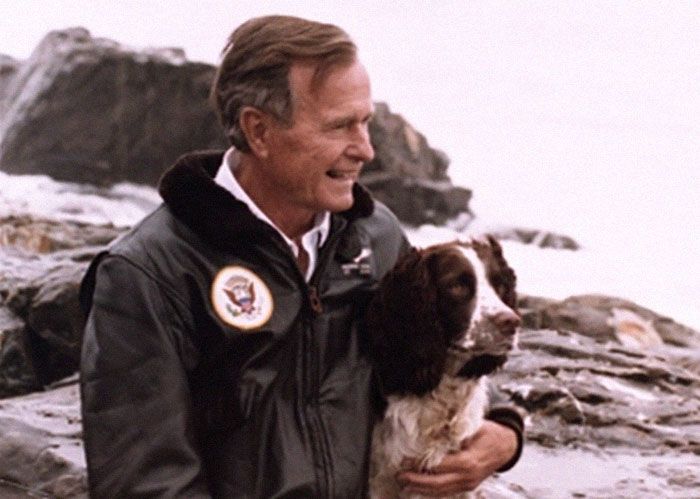 The business of running a country and representing it on the world stage doesn't leave a lot of time for that, unfortunately.

Although it's worded pretty humorously, the matter of Ranger's weight was apparently enough of a concern for Bush to make this memo necessary.

The further you get through this memo, the more adorable it becomes. 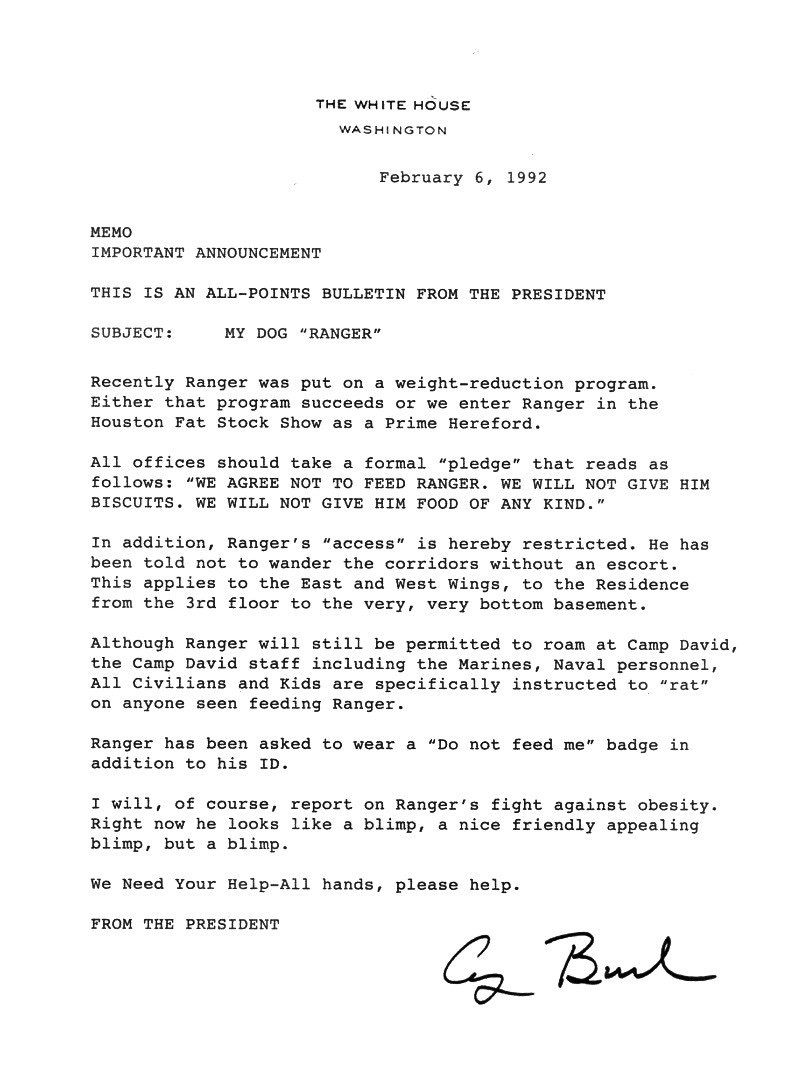 It's hard to choose between the multiple references to directly informing Ranger of his responsibilities and Bush's description of him as a "nice friendly appealing blimp" as a favorite part.

And in case anyone thought Bush was joking and hadn't spoken directly to Ranger, this 1996 letter to another dog named Griffin all but confirms that he did. 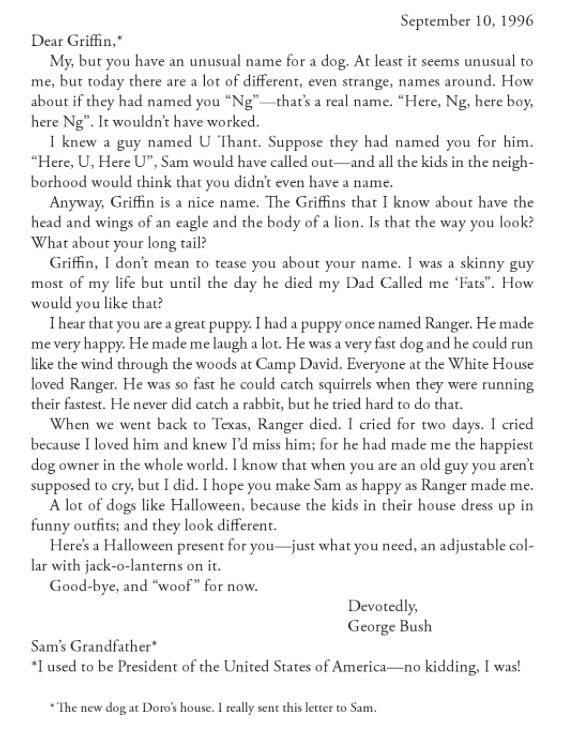 Unfortunately, it also revealed that sometime between that first memo and 1996, Ranger had passed away. It really seemed to affect Bush, too.

Despite that sad ending, however, both letters confirmed how much Bush loved his appealing blimp.