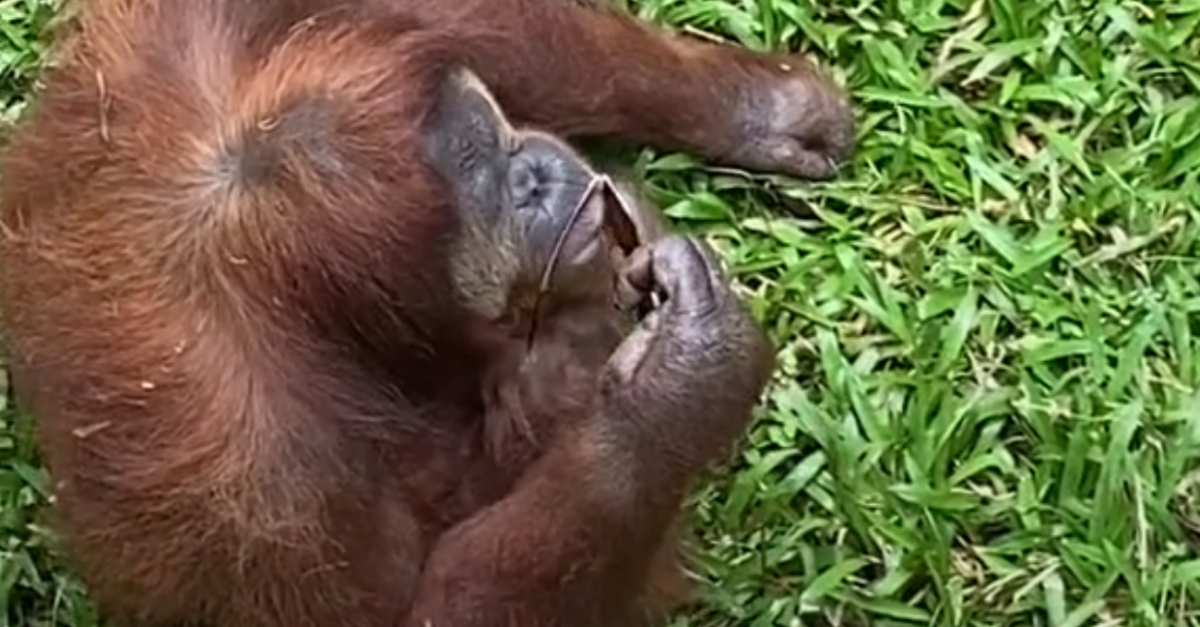 Although many people would say they love animals, we seem to love them the most when they remind us of ourselves.

Whether there's something inherently cute about that or we're really taking that old "imitation is the sincerest form of flattery" saying to heart, we can't resist when an animal acts or even smiles like us.

And lately, it seems that nobody is better at taking this road to our hearts than orangutans. I suppose that shouldn't be too much of a surprise considering how much closer they are to us than a lot of the animal kingdom, but it's still wild to see them in action when their behavior looks familiar.

That's why one woman's video of an orangutan finding her sunglasses has made such an impression on all of us.

While visiting a zoo in Indonesia, TikTok user Lola Testu accidentally dropped her sunglasses into the orangutan enclosure. 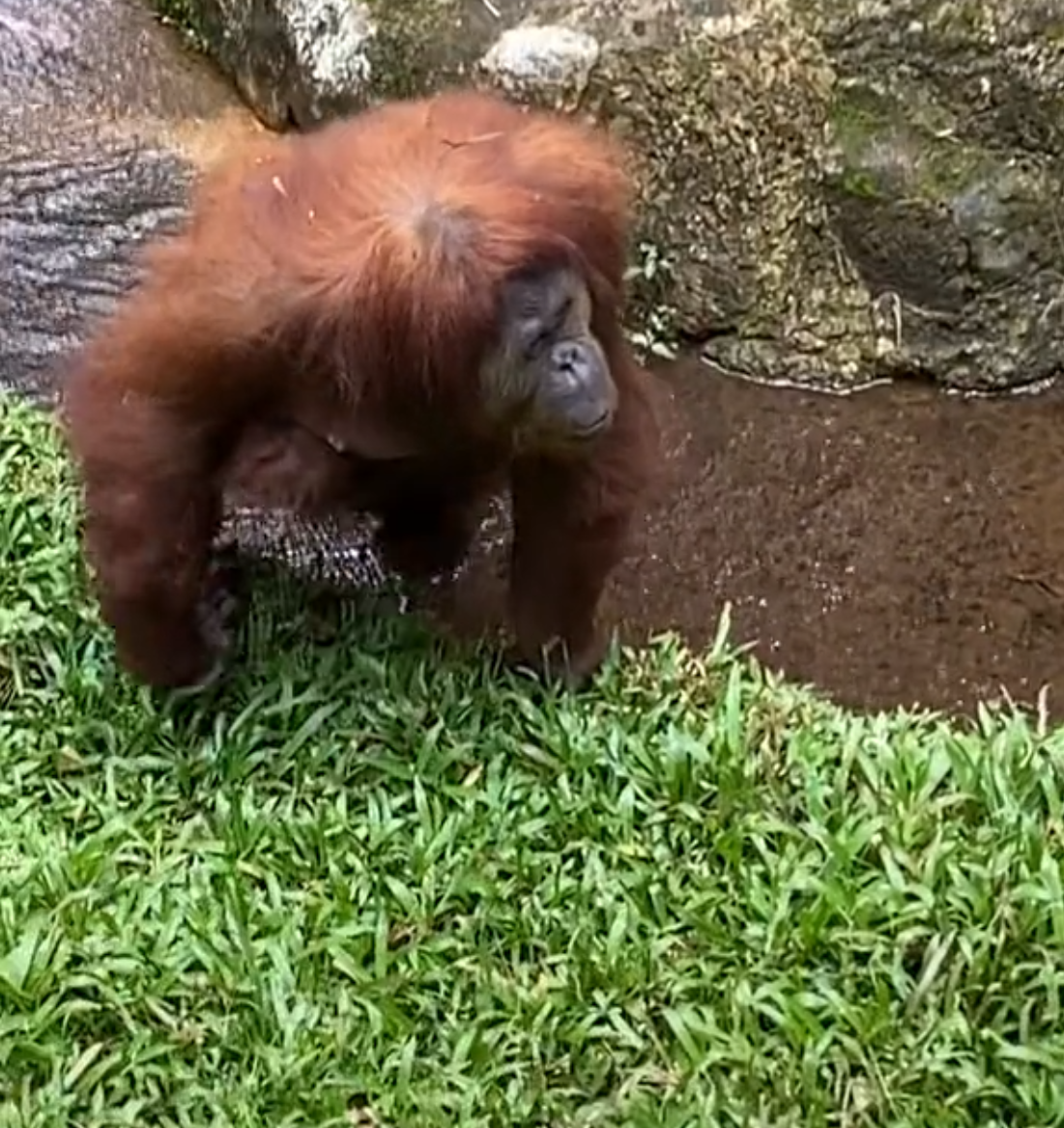 But while that must have sucked in the moment, it wasn't long before one of the orangutans started to take an interest in them.

And while the ape's child clung to it, it picked them up and started putting one of the ends in its mouth. 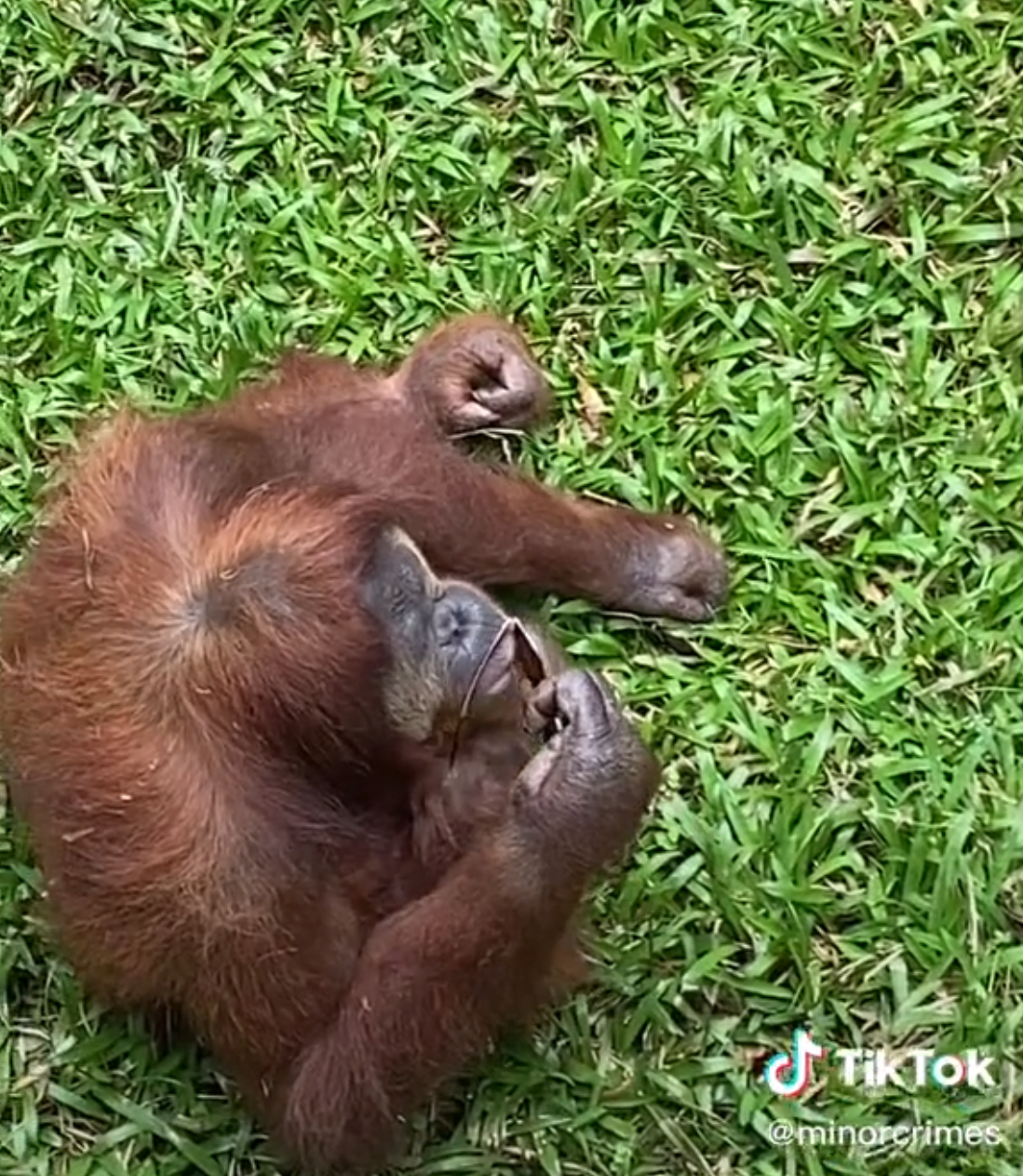 This prompted a worried a Testu to say, "Oh no, don't eat it" but the orangutan soon revealed that it was only trying to open the sunglasses with its mouth.

And although Testu soon noticed the sunglasses were broken, they seemed to suit the orangutan's purposes just fine. 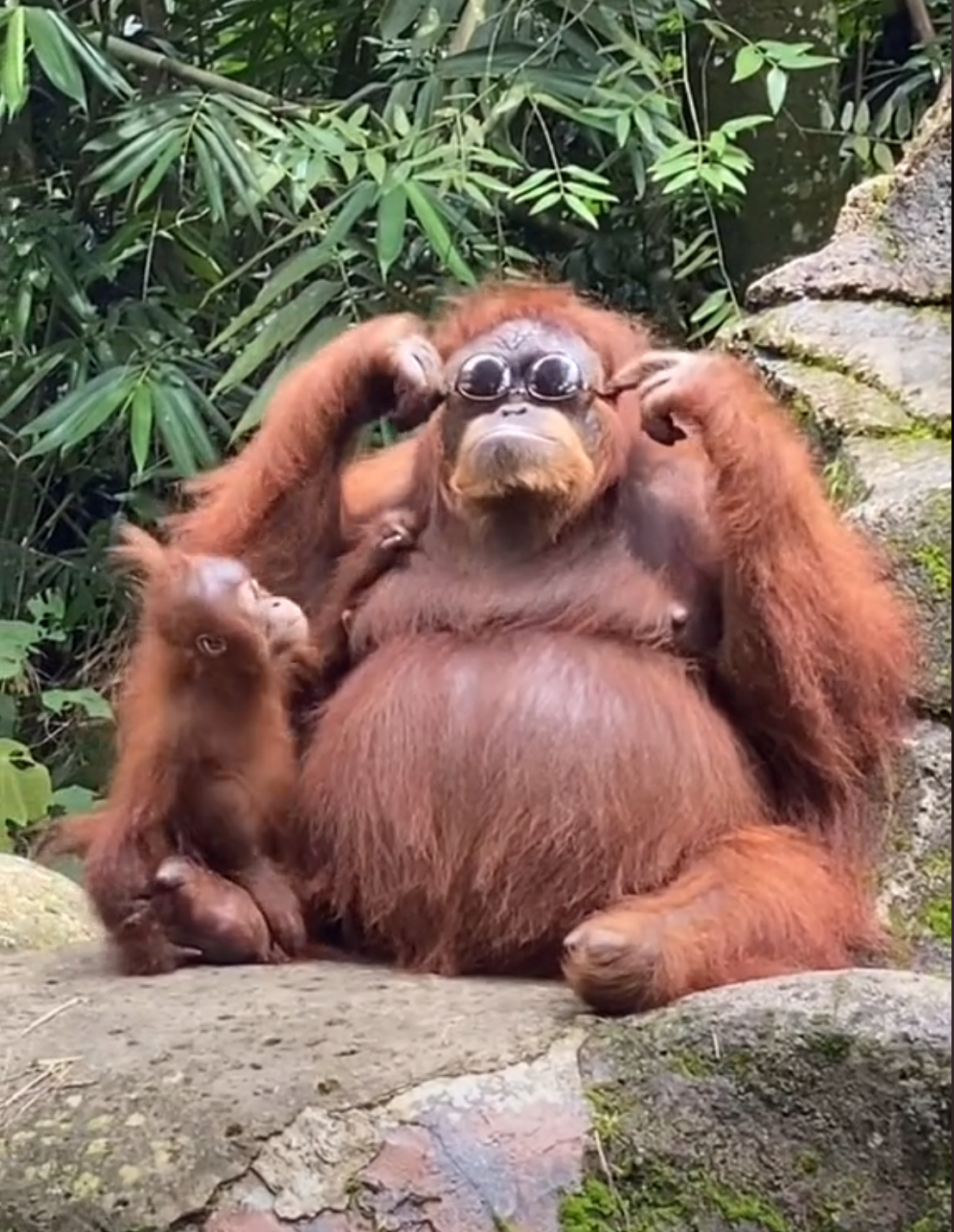 Whether it comes down to instinct or just imitation of behavior it's seen so many times before, it wasn't long before the orangutan unfolded the glasses and put them on.

Got to say, it looks pretty cool in those.

And as Testu put it, "So I’m down a pair of sunglasses but up a very good story."

And as you can see in the full video, it also wasn't the only orangutan who became curious about the glasses.

Before long, the child starts reaching out to them as well. But its parent obviously thought this was cramping its style, as it soon pulled the child's hand away.

Still, it seems there were limits to the animal's fondness for the sunglasses, as the video ends with it tossing them away and receiving some leaves from a zookeeper as a reward.