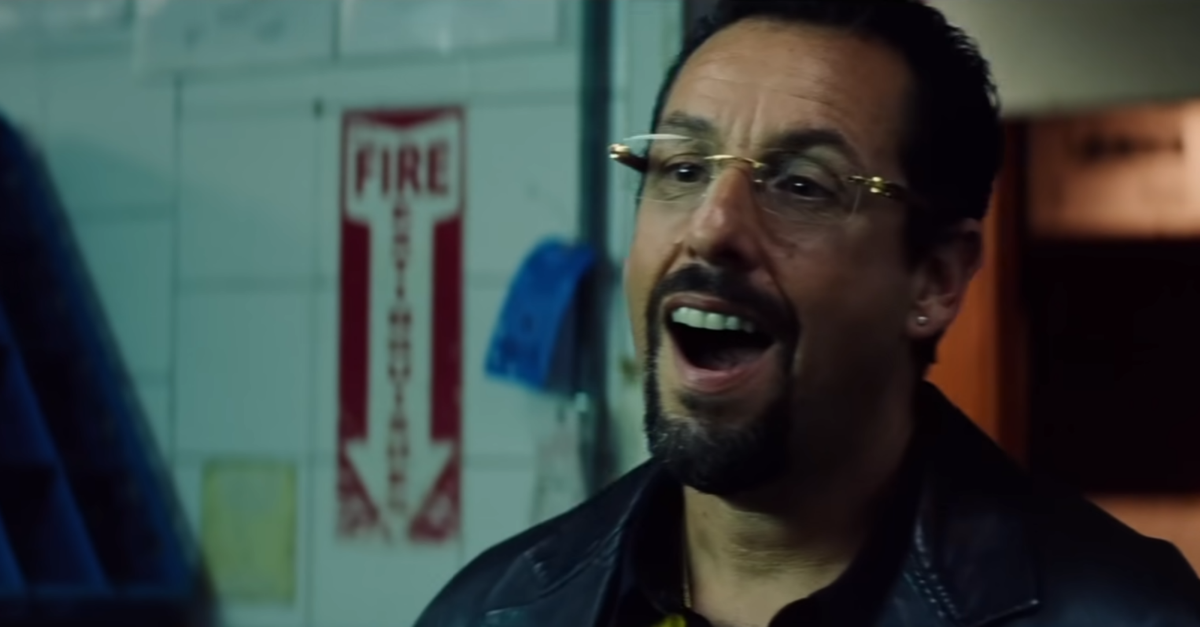 If you ask 100 people about Adam Sandler, you might not quite get 100 different opinions, but the total will probably come pretty close.

Some will insist he was never funny, while others may have liked his earlier movies but won't forgive him for his work during the late 2000s and the early 2010s. Still others will tell those people to lighten up, while some folks will argue that he's at his best when he's not in a comedy.

I'm some folks, but that's beside the point.

Yet one thing that people can agree on is that in real life, Sandler comes across as a nice, down-to-earth guy who's super approachable to his fans.

And that wholesome reputation was all but confirmed in one excited fan's recent TikTok.

Over the weekend, TikTok user @bigyikezamirite found herself at a Los Angeles café with a friend on Father's Day. 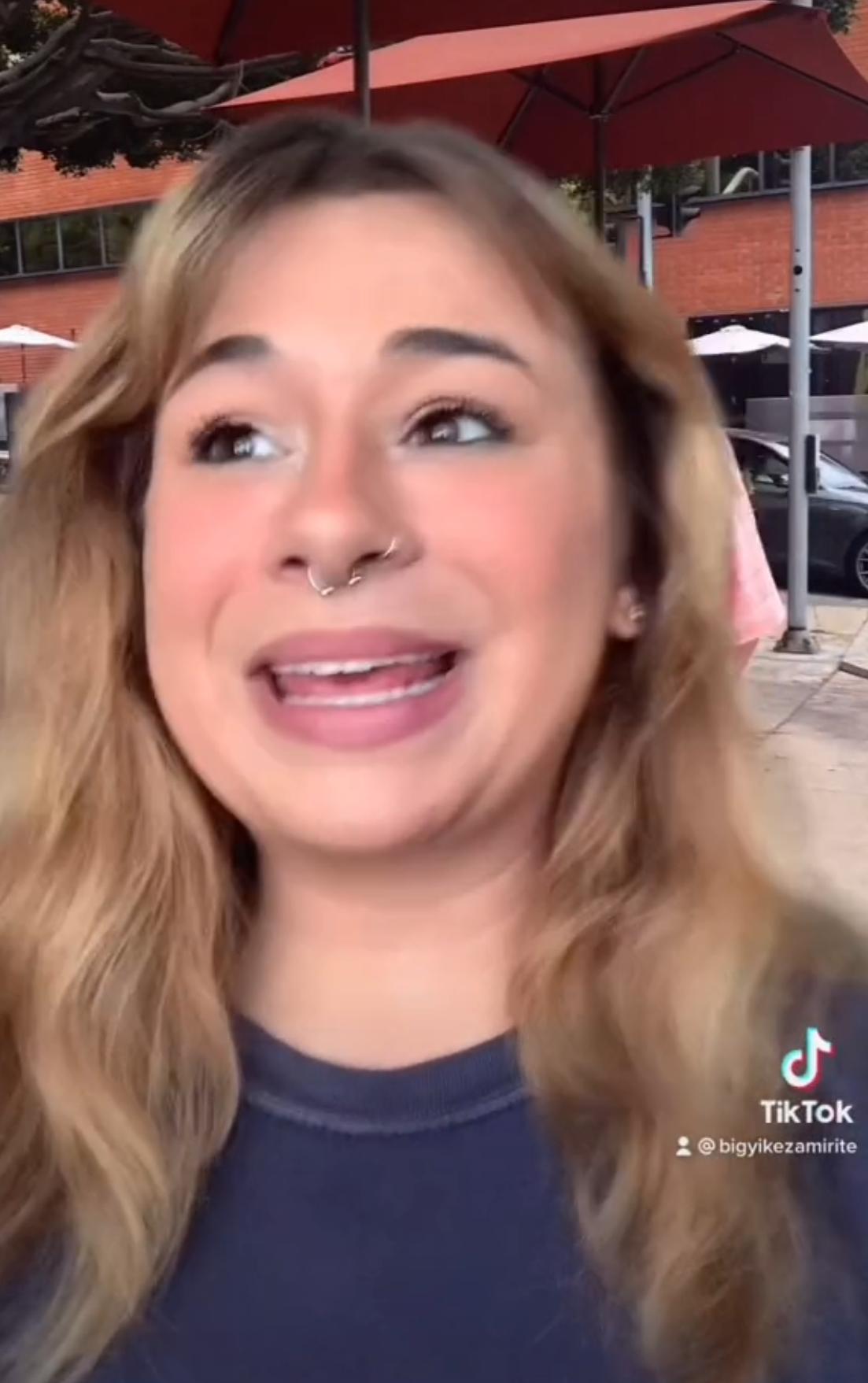 She also happened to be wearing an Uncut Gems T-shirt, clearly in celebration of his acclaimed starring role.

And while it's likely that she wears this shirt a lot, what happened next was still a pretty incredible coincidence.

Sure enough, Adam Sandler himself walked by while out with his daughter.

And while the fan insisted that that neither her nor her friend should bother him, the friend saw an opportunity when he passed by their table.

The friend called attention to the fan's T-shirt and told Sandler she was his biggest fan, which he seemed to appreciate and told them to have a nice breakfast.

But while she already thought he was very sweet, it seems he wasn't done making her day yet. 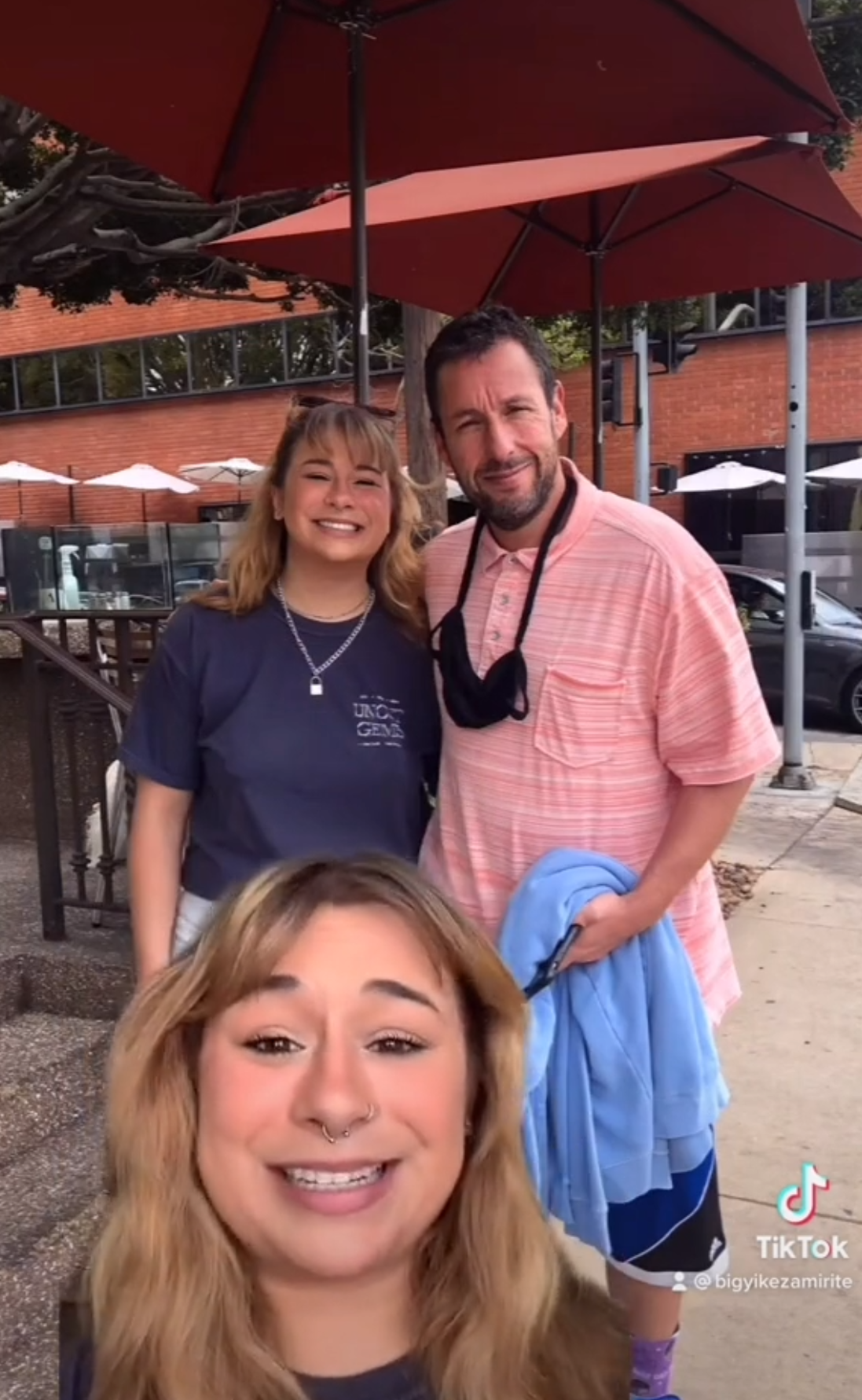 As the fan tells it, Sandler came back over to her with his daughter and said that since she was wearing the shirt, he wanted to make sure she got a picture with him.

As she put it, "He was so nice! Like, I'm seriously beside myself."

She also mentioned that she was about as passionate about Uncut Gems as that shirt would suggest.

In her words, "I campaigned hard for that Oscar and I still think he deserved it."