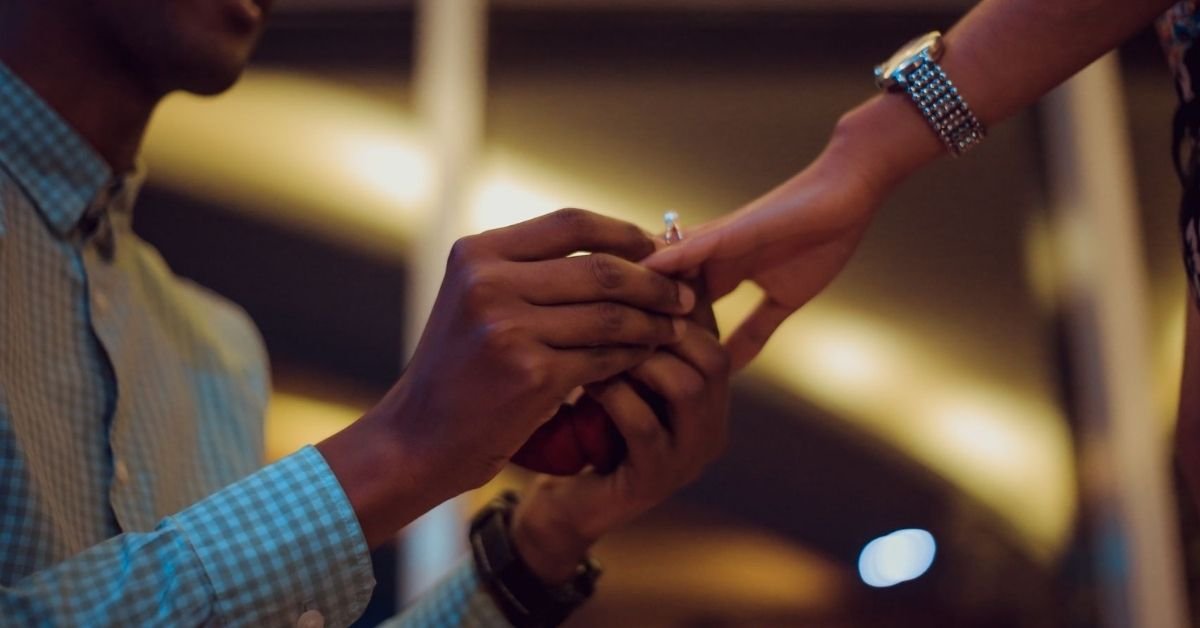 Any day is April Fool's on TikTok.

That's because the app is filled with hilarious videos of people pranking their friends, family, and spouses.

One of the recent trends are women messaging their partner, "He's leaving now, you can come over."

So far, there have been HILARIOUS reactions to this.

But none were as hilarious as the fiancé in this video by @samandmonica.

The video by TikTok couple @samandmonica starts with Sam reading the suspicious text by his car. 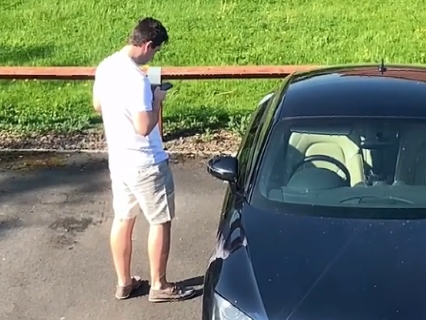 But instead of freaking out, he has a very surprising reaction.

He comes back and says, "are you planning a belated birthday surprise for me or something?"

Despite Monica adamantly saying no, he doesn't believe her. "You're birthday was over a month ago!" she pointed out. 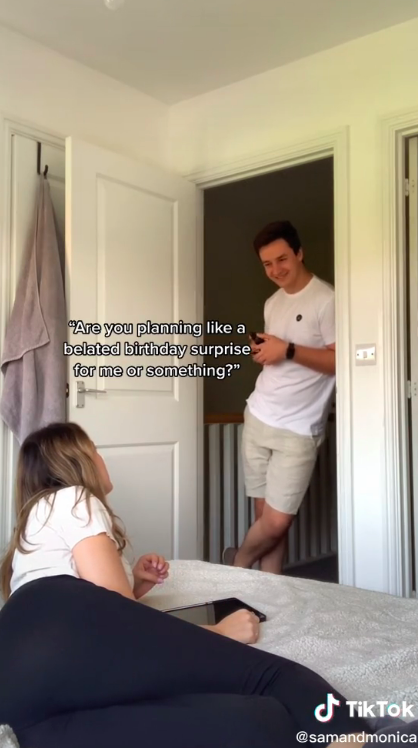 "I know you're doing it. Okay, I love you so much!" he said before giving her a kiss.

People LOVED the video and his reaction. "This is so innocent and I adore the relationship you have."

Others suspected that he played her. "He knew the game and changed the rules. He won this round!" added another.