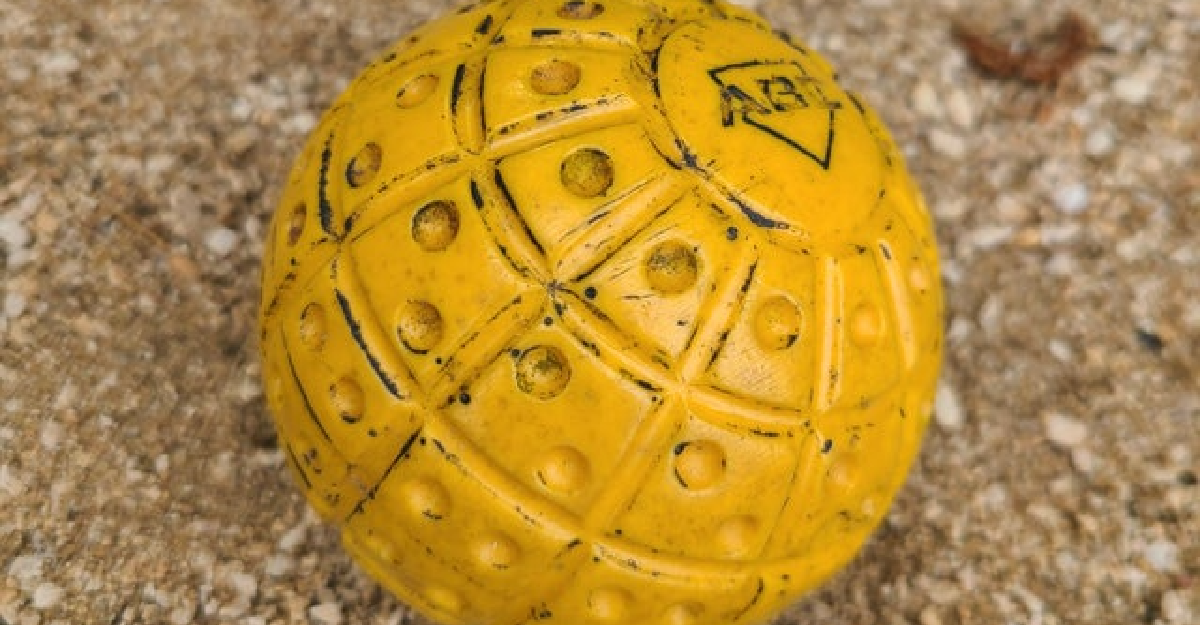 20 Confusing Finds That Had People Asking 'What Is This Thing?' 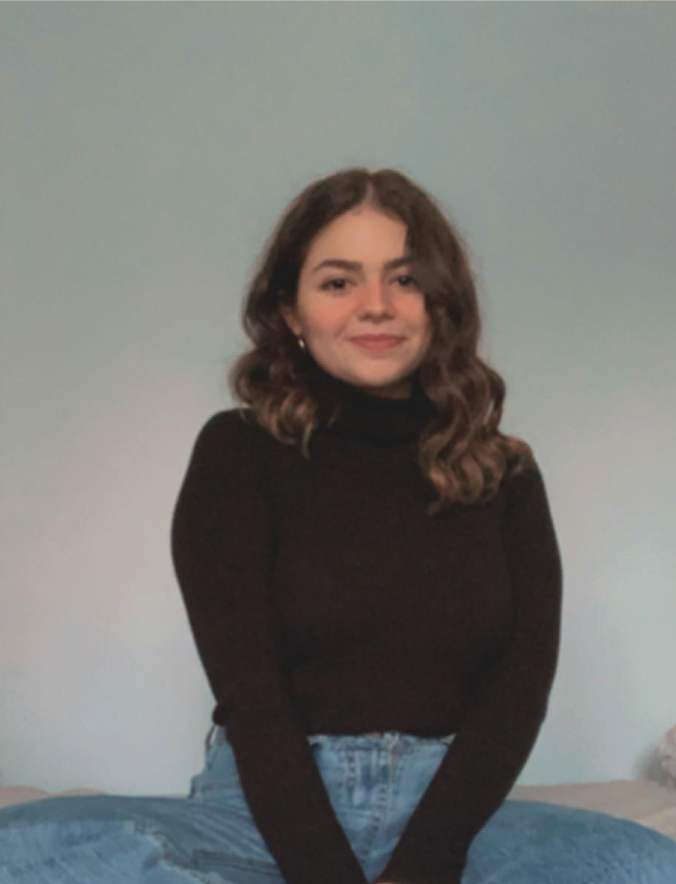 Have you ever come across an item that's left you completely perplexed? One part of your brain assures that this peculiar object must have a logical explanation. While the other has already begun devising conspiracy theories, everything from aliens to parallel universe is on the table.

Whatever the case may be, there always seems to be a glimmer of hope in identifying unknowns — the internet. And it sure came through for these 20 users who shared their puzzling finds on Reddit.

This horrifying animal toy that's staring into our souls. 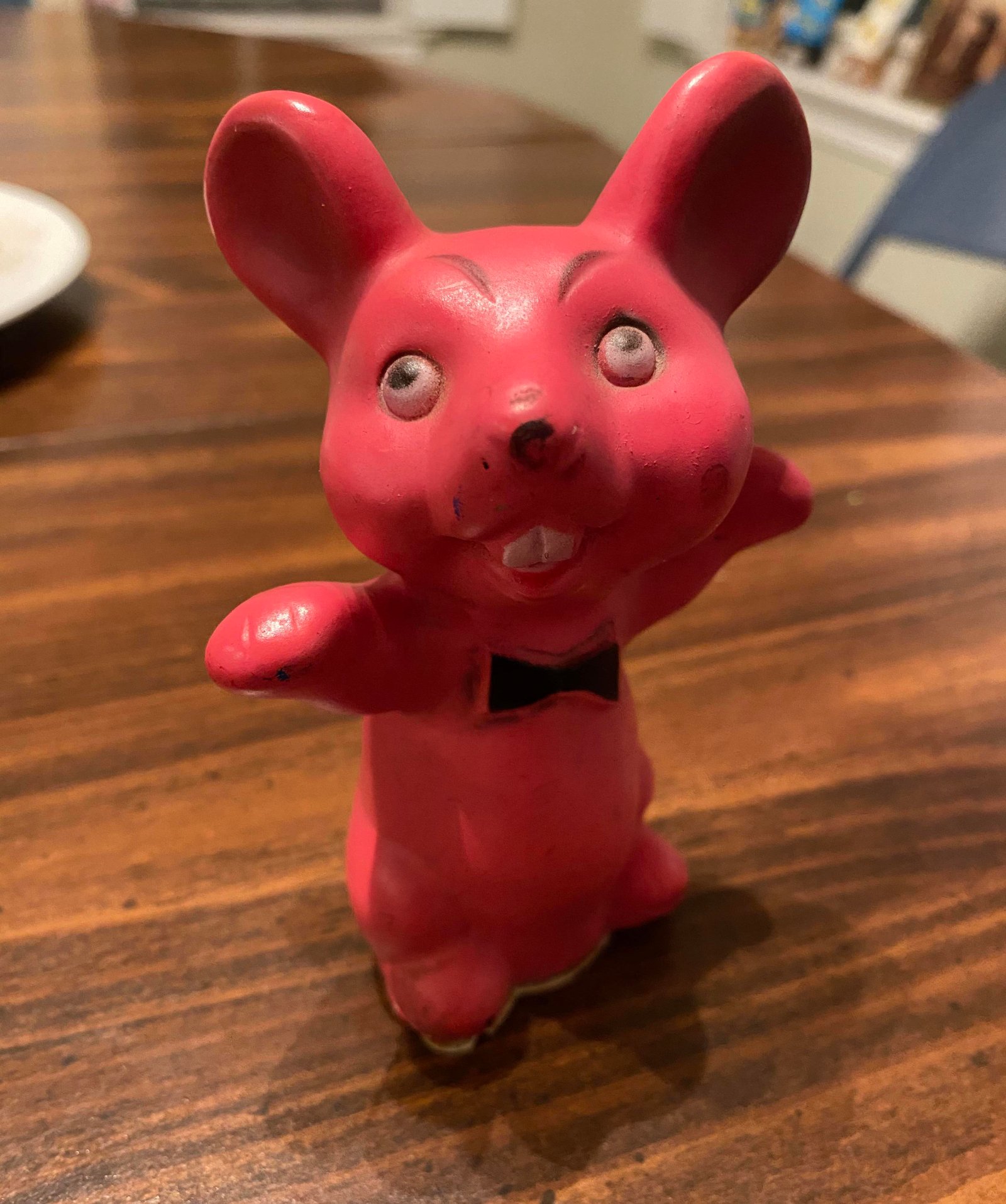 "Rescued from the local flea market. It has a wind-up key on the back that makes it vibrate like mad. Also, it is scaring me a little bit," writes Reddit user ItchyStorm, who posted the spooky find to the Internet.

We couldn't agree more; this toy is truly the stuff of nightmares. But its eerie nature didn't stop clever Redditors from identifying the toy in as little as an hour.

The little guy is believed to be a mouse that as one user recalls may have had felt fur on him at one point. Unfortunately, that's where the answers stop.

It's still unclear as to the age of the mouse, its manufacturer, and whether its design is based on a character. But here's to hoping more insight into the toy will be uncovered soon. 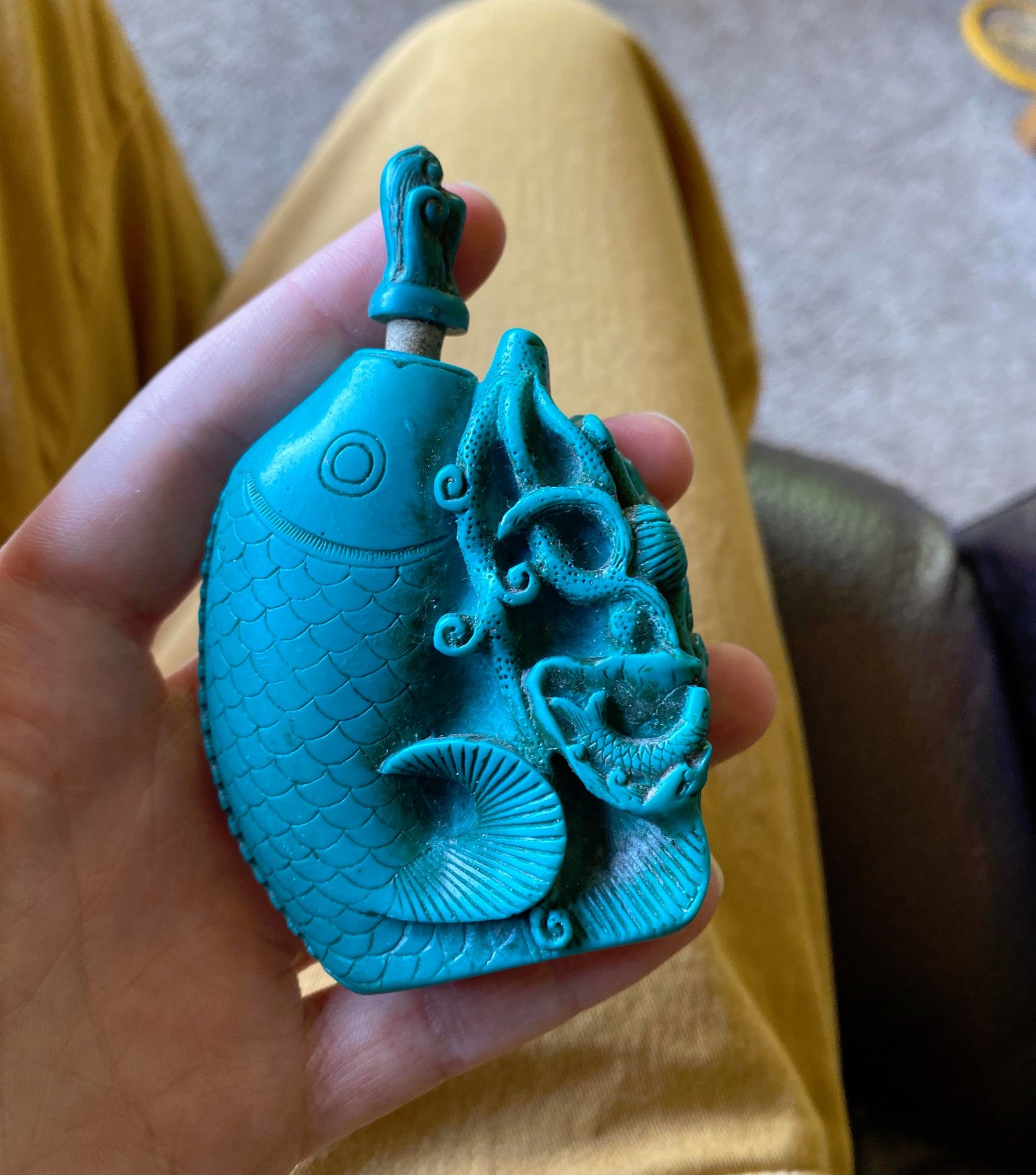 That's what one Reddit user thought this captivating find was when they shared it, but others were quick to set the facts straight.

According to Redditor jackrats, the blue, hard-plastic container resembles an antique Chinese snuff bottle. Dating back to Qing Dynasty culture of the 17th century, these handmade bottles were used to house snuff — a conocotion of tobacco leaves, aromatic herbs, and spices.

Snuff was believed to have many health benefits when inhaled. And hence its name, the snuff bottle — complete with an airtight stopper — was developed as a way to preserve the mixture in a portable vessel that fits comfortably in one's hand.

You really do learn something new everyday!

This flatware set complete with what looks like a *fancy* prison shank. 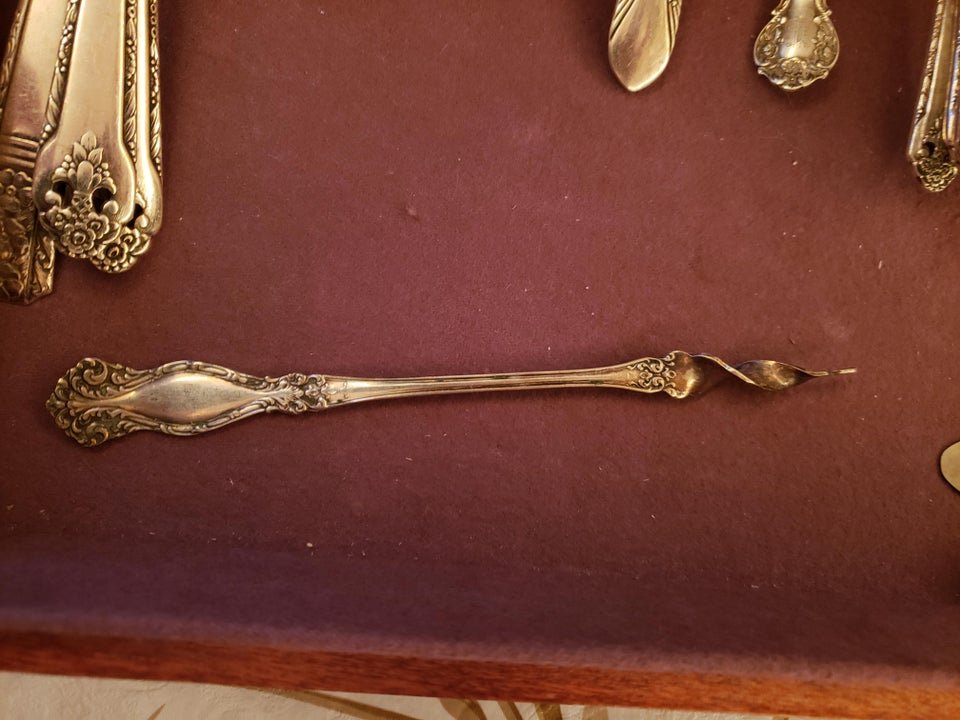 Confused about what the heck this strange utensil could be? So was Redditor Ciecie33 who posted the photo online.

"Part of silverware set. It has a corkscrew tip, but it is not sturdy enough to be used as [a] corkscrew," the user wrote before following up with a question. "Thoughts for its purpose?"

Other Redditors had plenty. And they all seemed to be unanimous, the bizarre flatware piece is a butter pick. While its use was wildly debated, the consensus seems to be that its corkscrew-like end is used to delicately retrieve a slice of butter and place it on a dish.

Questions began swirling over the triangular design on this glass refrigerator box. 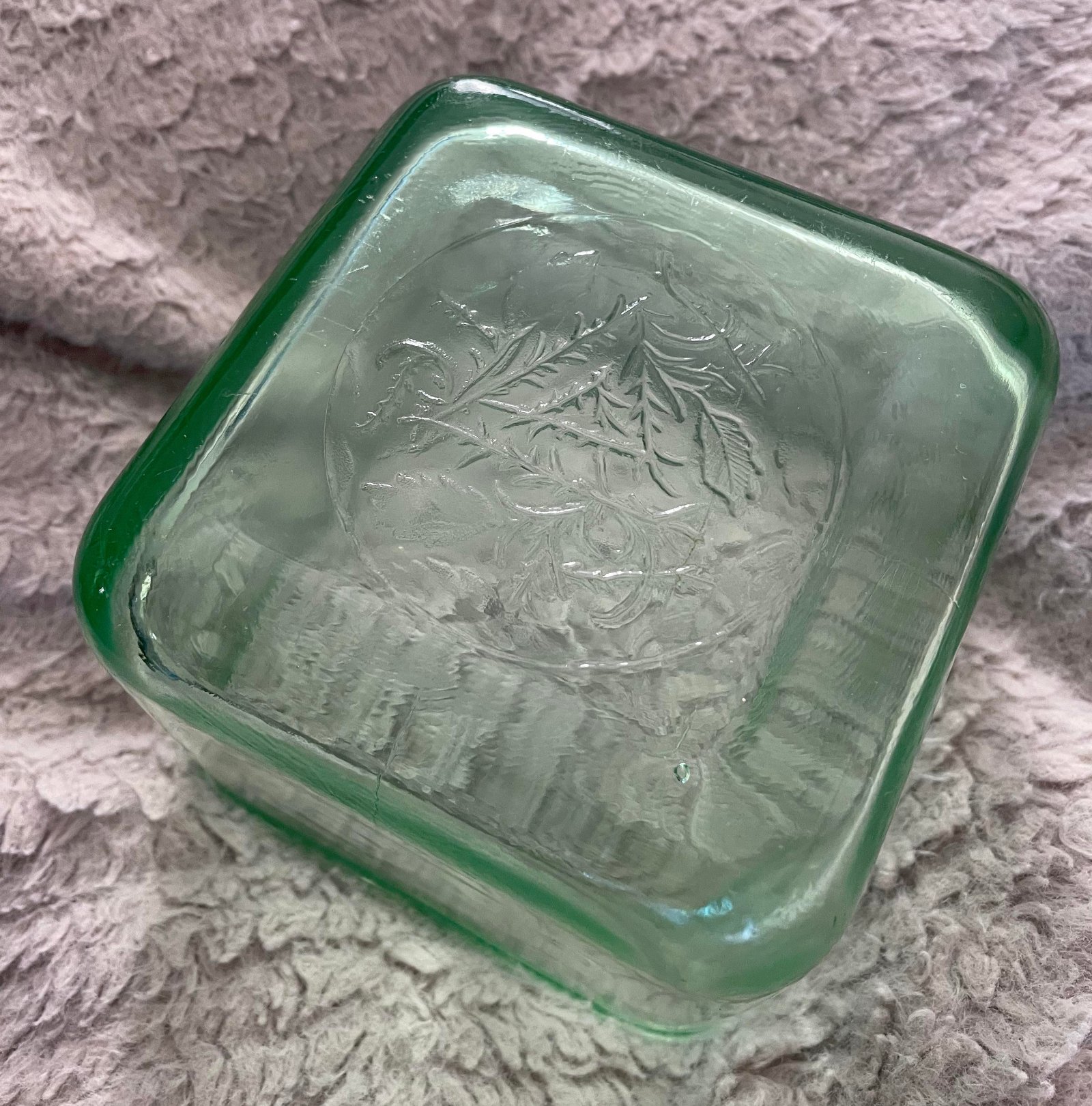 "The thing is a uranium glass refrigerator box, but what is the triangle thing on the thing?" asks Reddit user vulverine.

Well, another Redditor was able to provide some answers in record time. They revealed that the glass food storage container was likely produced by US Glass Co., a glass conglomerate formed in the late 19th century.

The design, which features a triangular thorn surrounded by flowers, is believed to date back to the Great Depression in the 1930s. What an amazing find!

Is this a portable ashtray or a salt shaker? 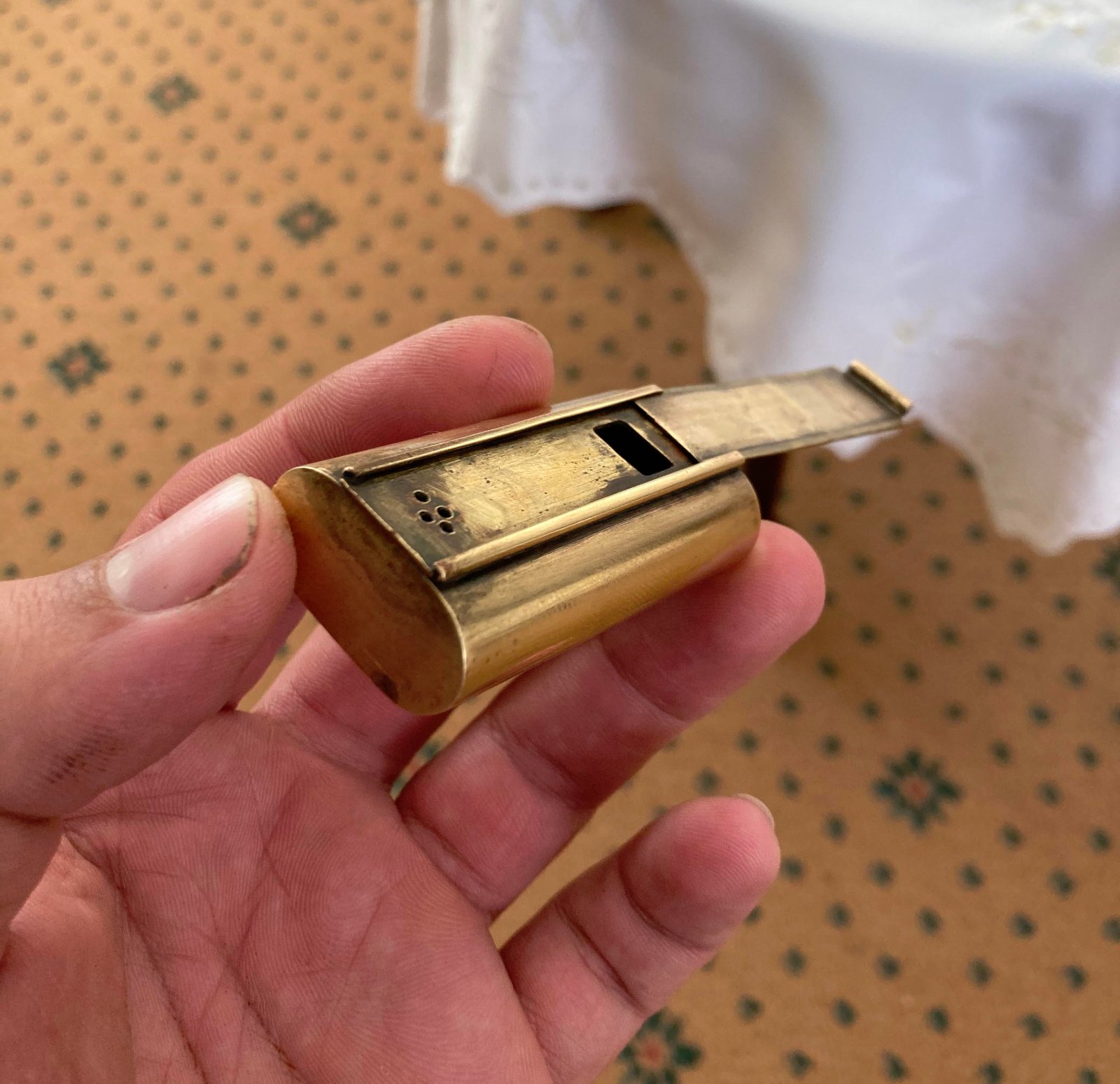 The likely answer is neither.

Rather, many Reddit users believe the tiny brass object posted to the internet is actually a snuff box. Much like the previous snuff vessel, this compact box is assumed to house the tobacco concoction.

Snuff would be filled through the larger opening and later inhaled on the other end via the tiny holes. 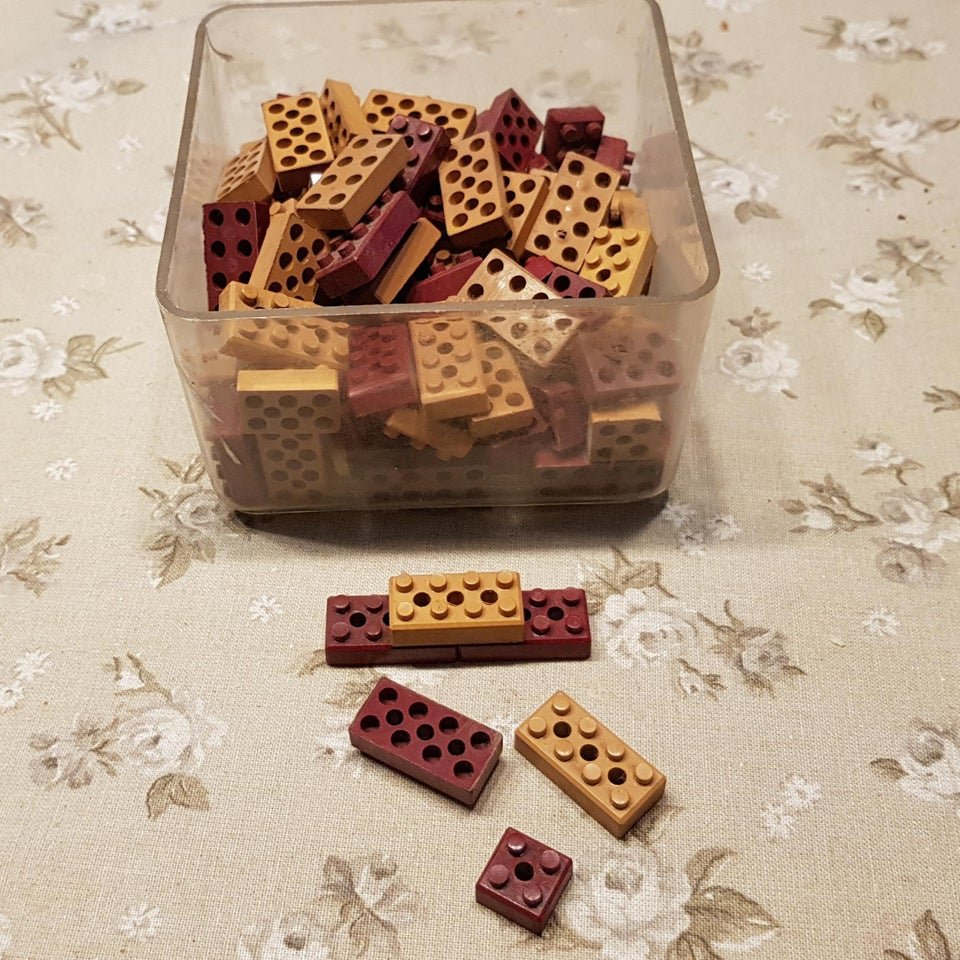 "Found these bricks similar to Lego, they are made of plastic but not as cleanly extruded as Lego pieces," says Redditor Gecko500, who shared the photo.

They go on to explain that the pieces "stack on top of each other but they don't hold together if you pick them up."

This was enough information to give other users a good indication of what these blocks may be — Idema bricks. The interlocking toy blocks, which appear almost identical to Legos, were created in Germany following the second world war.

They are said to be made of a bakelite-like plastic and feature notable holes in the center of the blocks that allows a string to pass through and fasten the bricks together.

But this clever design wasn't enough to complete with the rise of its competitor Lego, and by the 1970s, Idema bricks became obsolete.

An aluminum paperweight in the shape of a bird? No wait...a handheld vacuum? 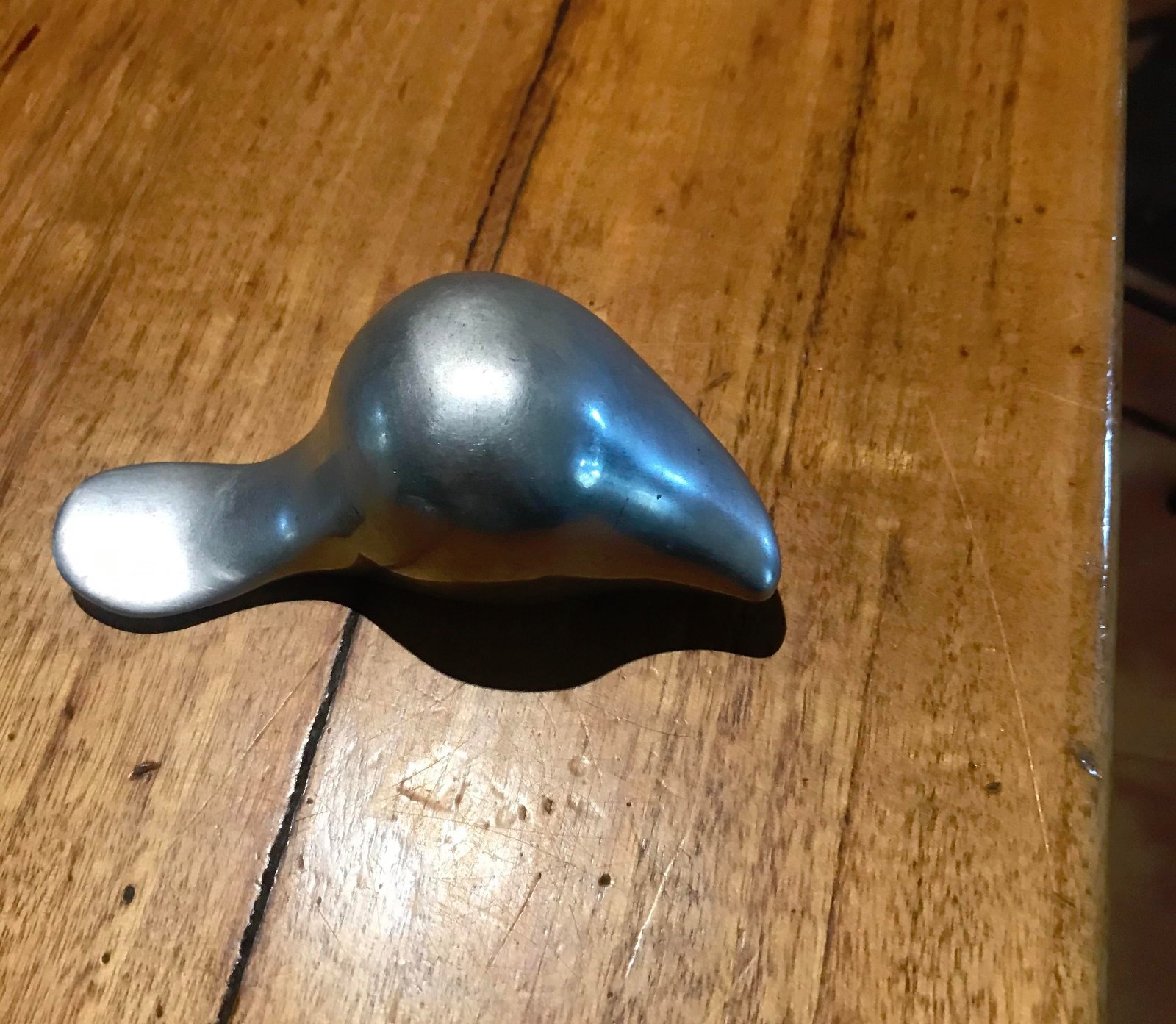 Who would have thought this puzzling metallic object was actually a simple sculpture of a beaver? Well, one Redditor did.

User canarchist informed the original poster that their mysterious item was in fact a Mid-century modern aluminum beaver paperweight.

This ghost noisemaker would make Casper scratch his translucent head. 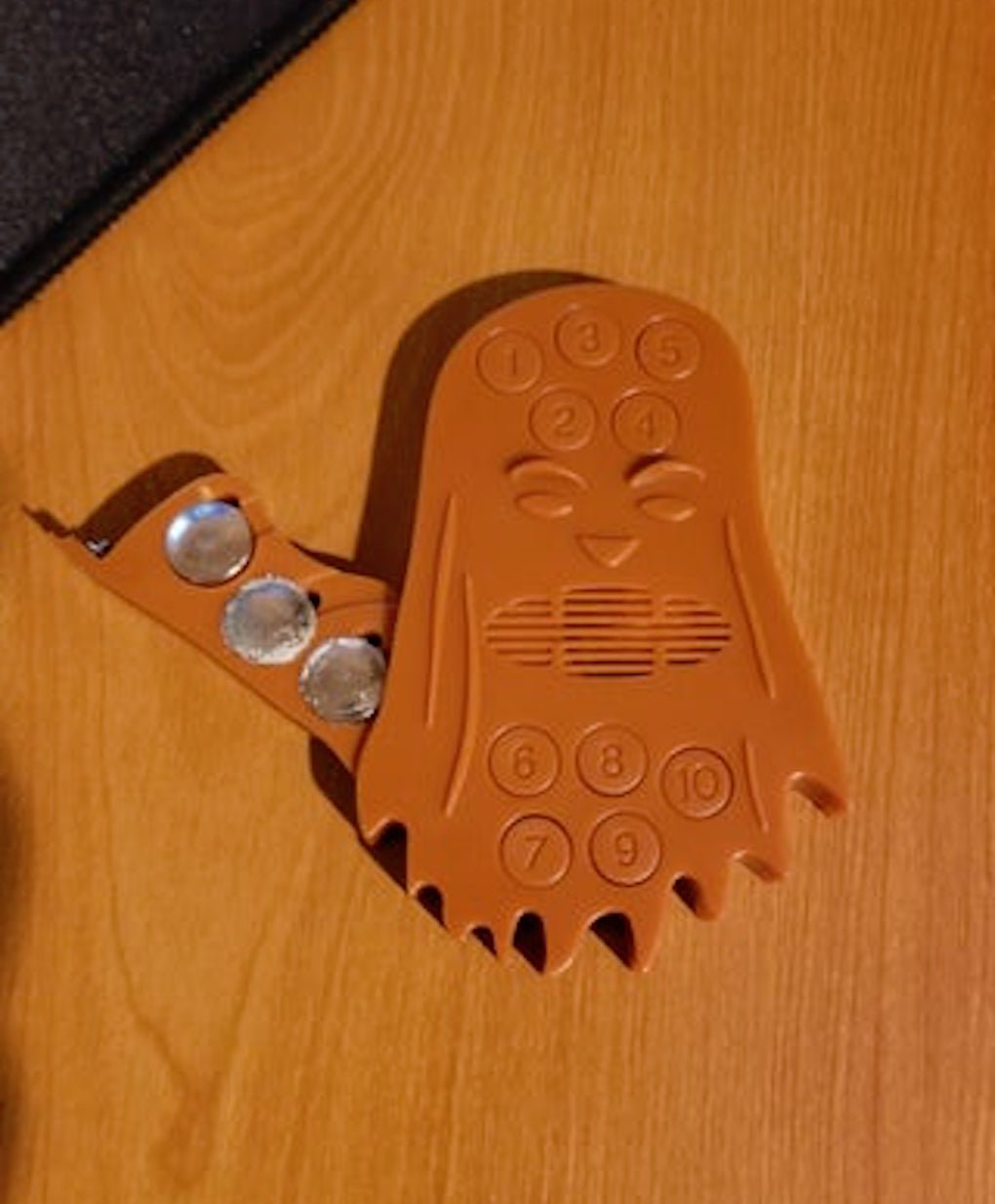 And that's because this baffling object isn't a ghost at all.

The noisemaker is actually a sound panel in the shape of Chewbacca. Still don't see it? Take a closer look.

Under the top five buttons are the iconic character's eyebrows, eyes, and nose. His mouth is the grid speaker just below that.

The adorable panel was originally from the Star Wars children's book How to Speak Wookiee but was seemingly detached a while ago.

A strange wooden block found in a forest. 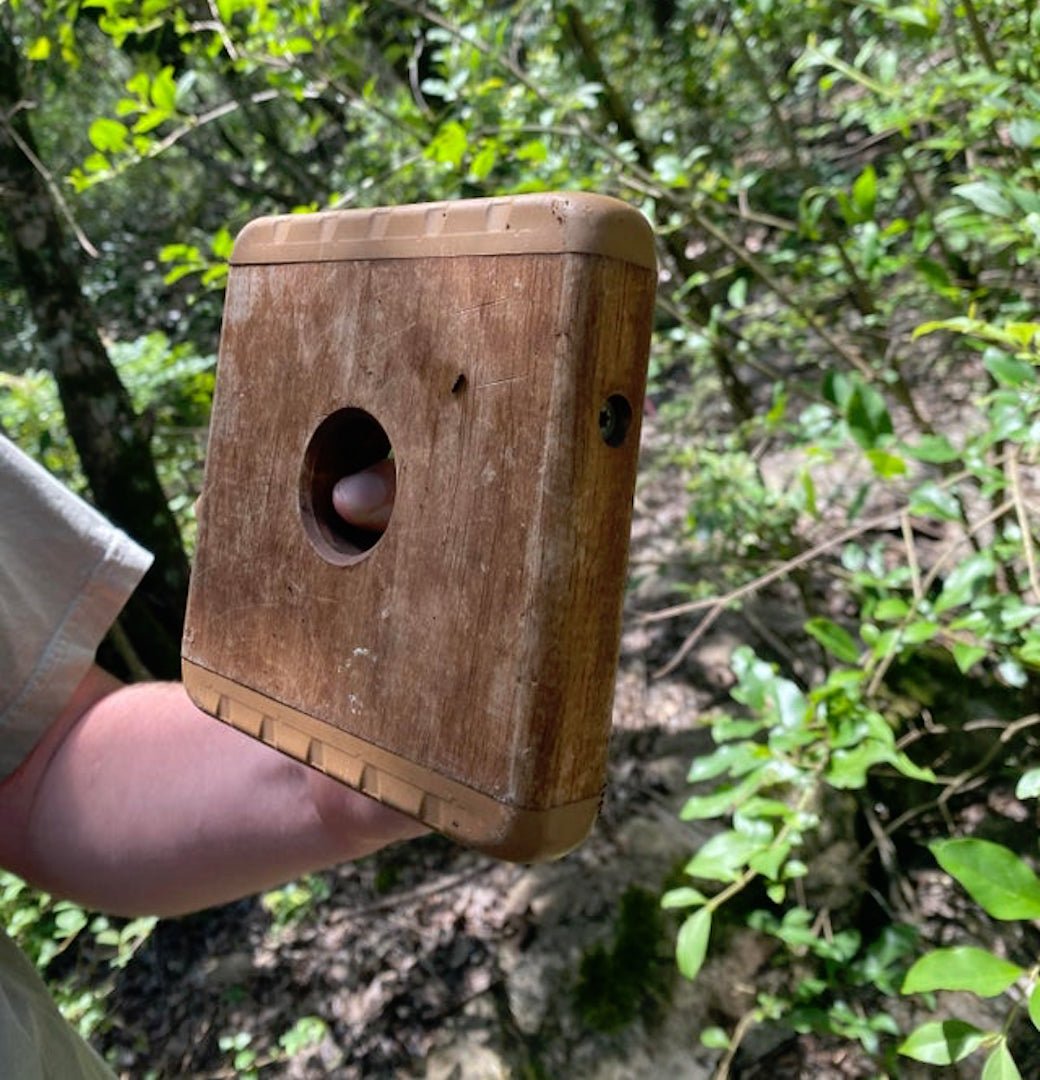 While on a hike, Redditor TN_Link snapped a picture of this bizarre wooden square. The user explains that the unidentified item features a hole in the middle with screws running along its edges.

It didn't take long for other Reddit users to offer up answers to this mystery. They believe the detailed object was part of a trail camera.

These blacksmith tools that are far from horsing around. 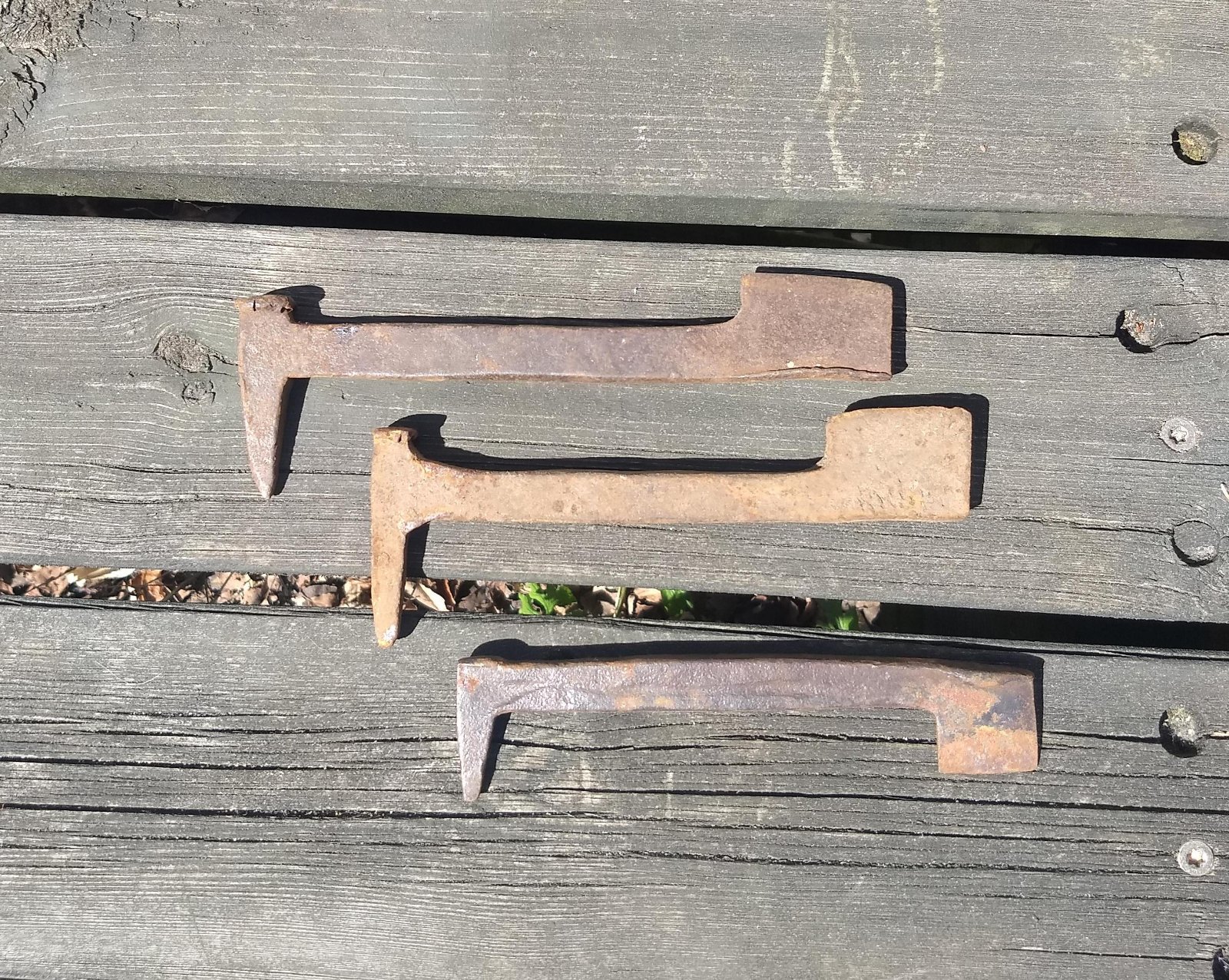 As a blacksmith familiar with a variety of farrier and blacksmith instruments, this Reddit user was stumped at what these obscure tools could be.

Luckily, a fellow iron forger came to the rescue. Redditor jokingly_Josie explained that the devices are clinch cutters.

These tools feature a blade at one end and a point at the other. The latter is typically used to drive broken nails out of a horse's hoof.

Rubber ball washed up on a beach. 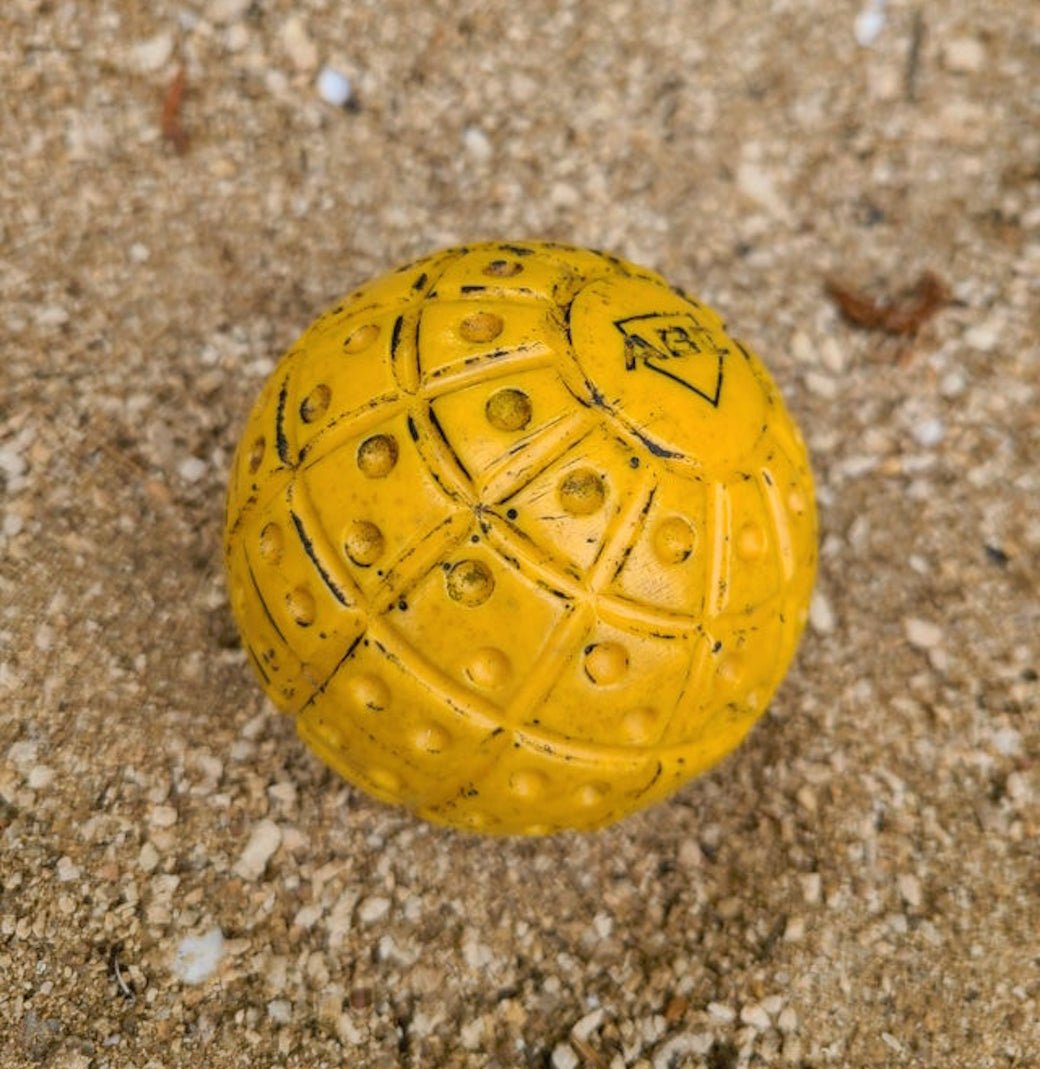 When Redditor mvstill found what they described as a "rubbery, yellow baseball-sized ball with patterned dimples" on the beach, they had no idea what it could be.

That is until they asked the Internet for some help identifying the object, and it certainly didn't disappoint.

Within the same day, there was a clear answer. The sphere was a baseball from a batting cage.

This was later solidified with the confirmation that the letters ABC stamped into the ball stand for "Automated Batting Cages." The home plate symbol was also quite telling.

The cross between a necklace and horseshoe. 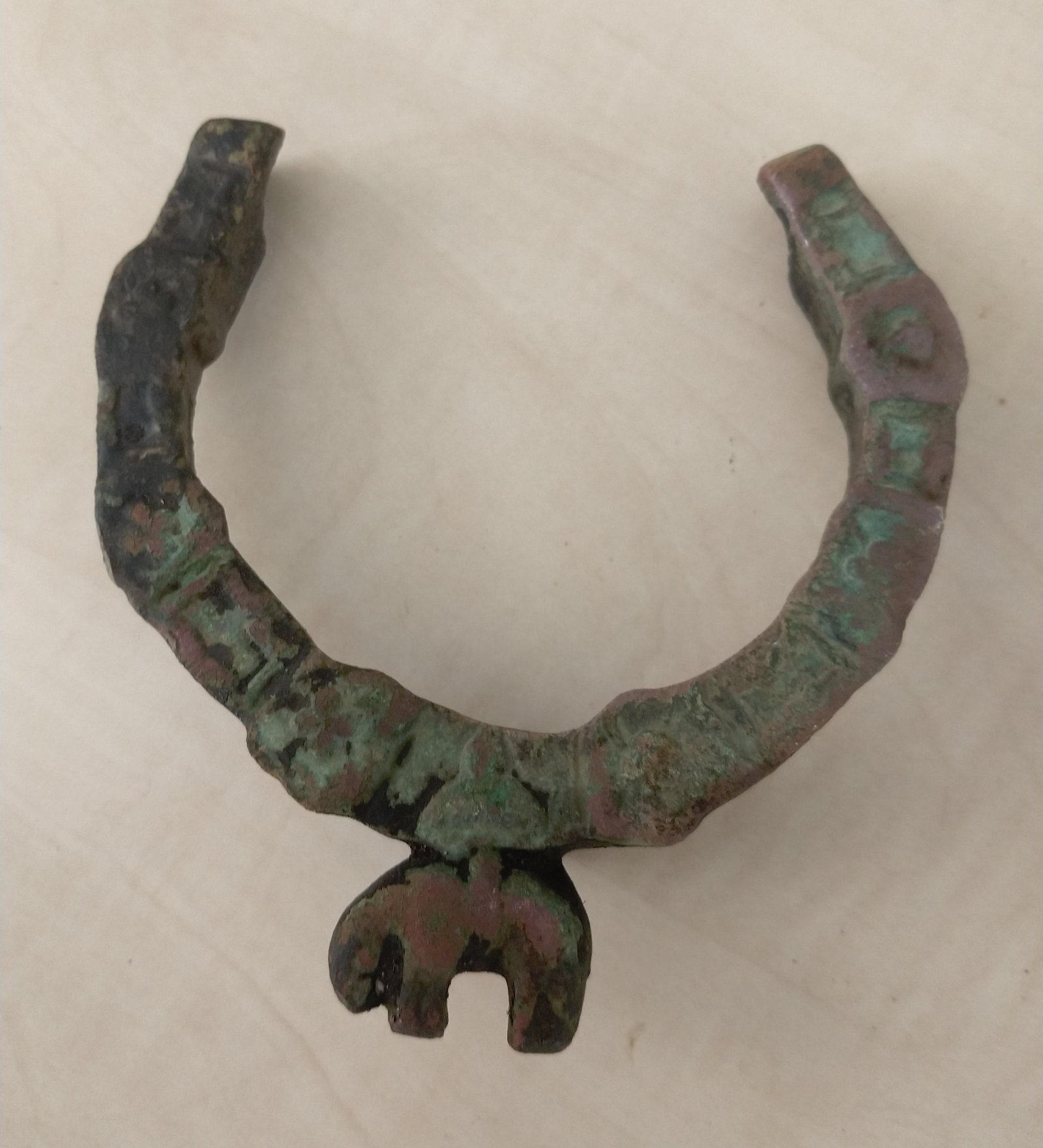 "Found a metal object half burried [sic] in a field in the Netherlands. It's shaped like a horseshoe, but I can't find anything like it on Google," writes Reddit user HugoCoin.

This triggered a sea of other users to suggest all sorts of possible explanations as to what this object could be.

One Redditor suggested the piece resembled a Torc — a rigid necklace popular in ancient Celtic culture. Another proposed that it could be a heel spur used for horse riding.

But the consensus seemed to lean towards one likely explanation, the buried item was simply part of a doorknocker.

A bony find on one European beach. 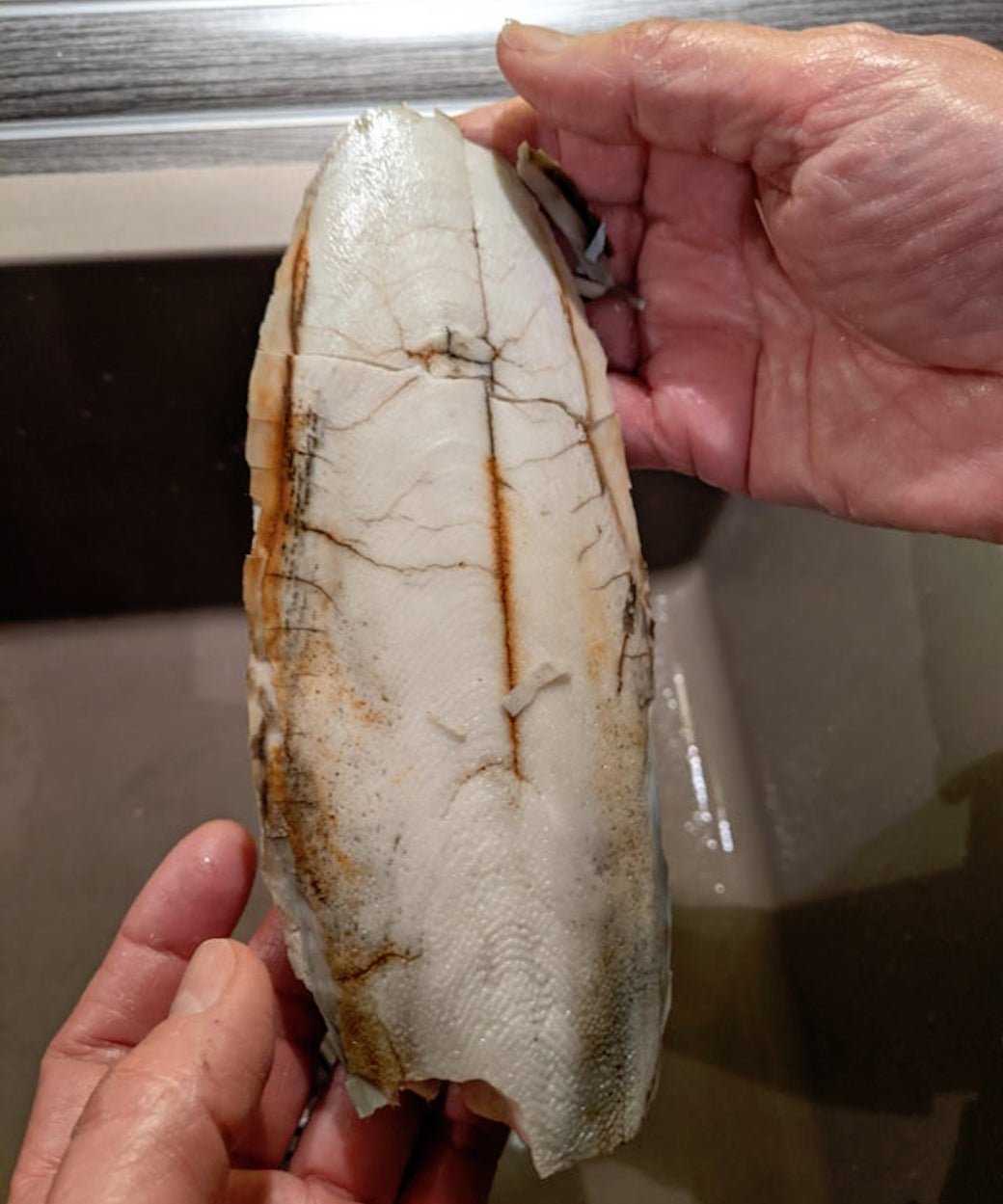 That's how one Redditor described their peculiar find at a Belgium beach. And with only a few pics, the Internet moved quickly to identify the fractured item — a cuttlebone.

The bone, which comes from a cuttlefish, isn't actually a bone at all. Instead, the delicate structure is actually the internal shell of the squid-like fish.

This great example of why you shouldn't pick up every peculiar item you find outdoors. 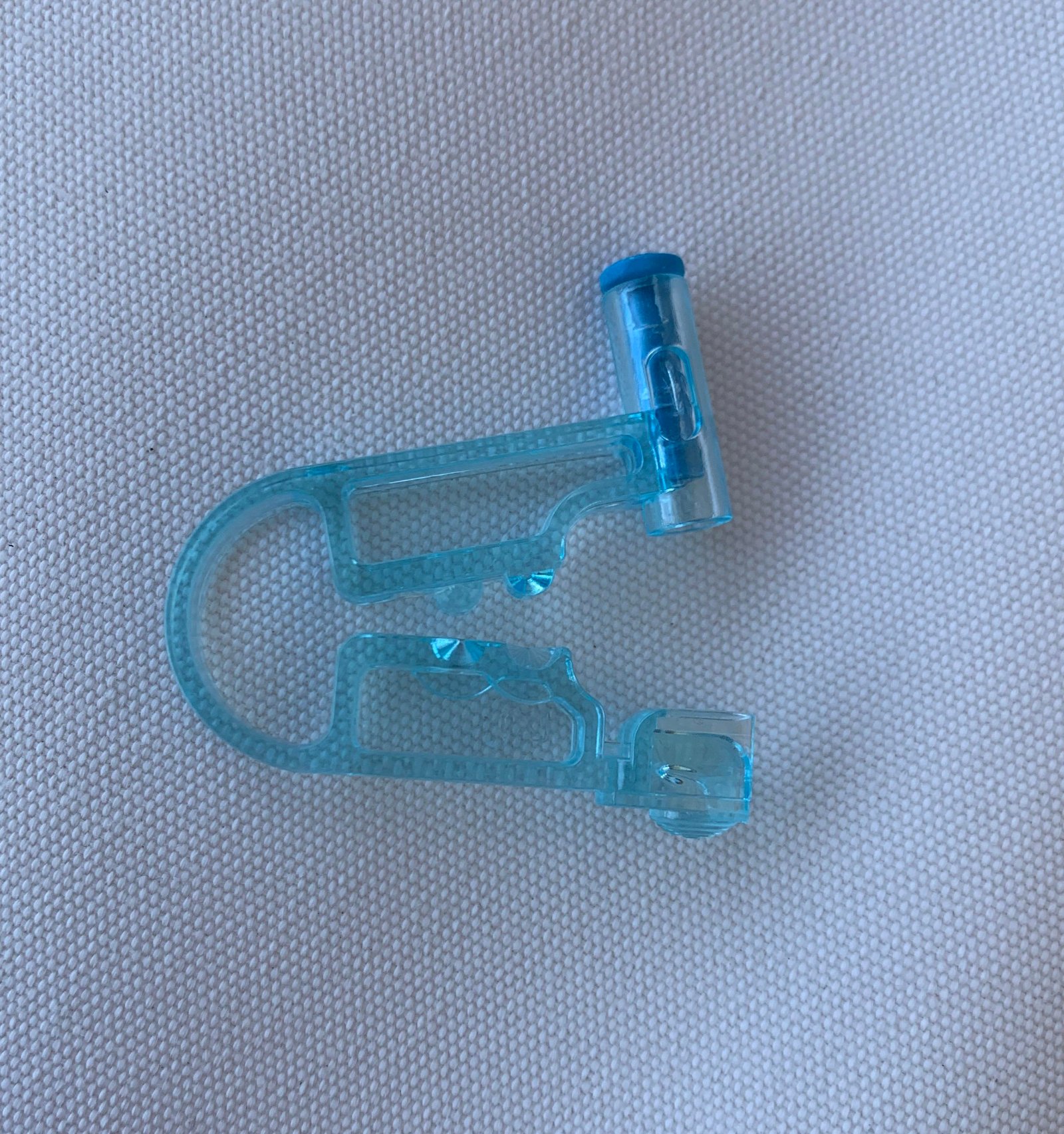 The person who uploaded this photo to Reddit clearly never had the 3 a.m. urge to give themselves a second piercing.

Because if they did they'd realize that what they found on the street (yikes!) was in fact a one-time use ear piecer.

Sure, it's not nearly as safe as getting your ear professionally pierced with a needle. But it certainly gets the job done.

The whim purchase that turned into a fizzy surprise. 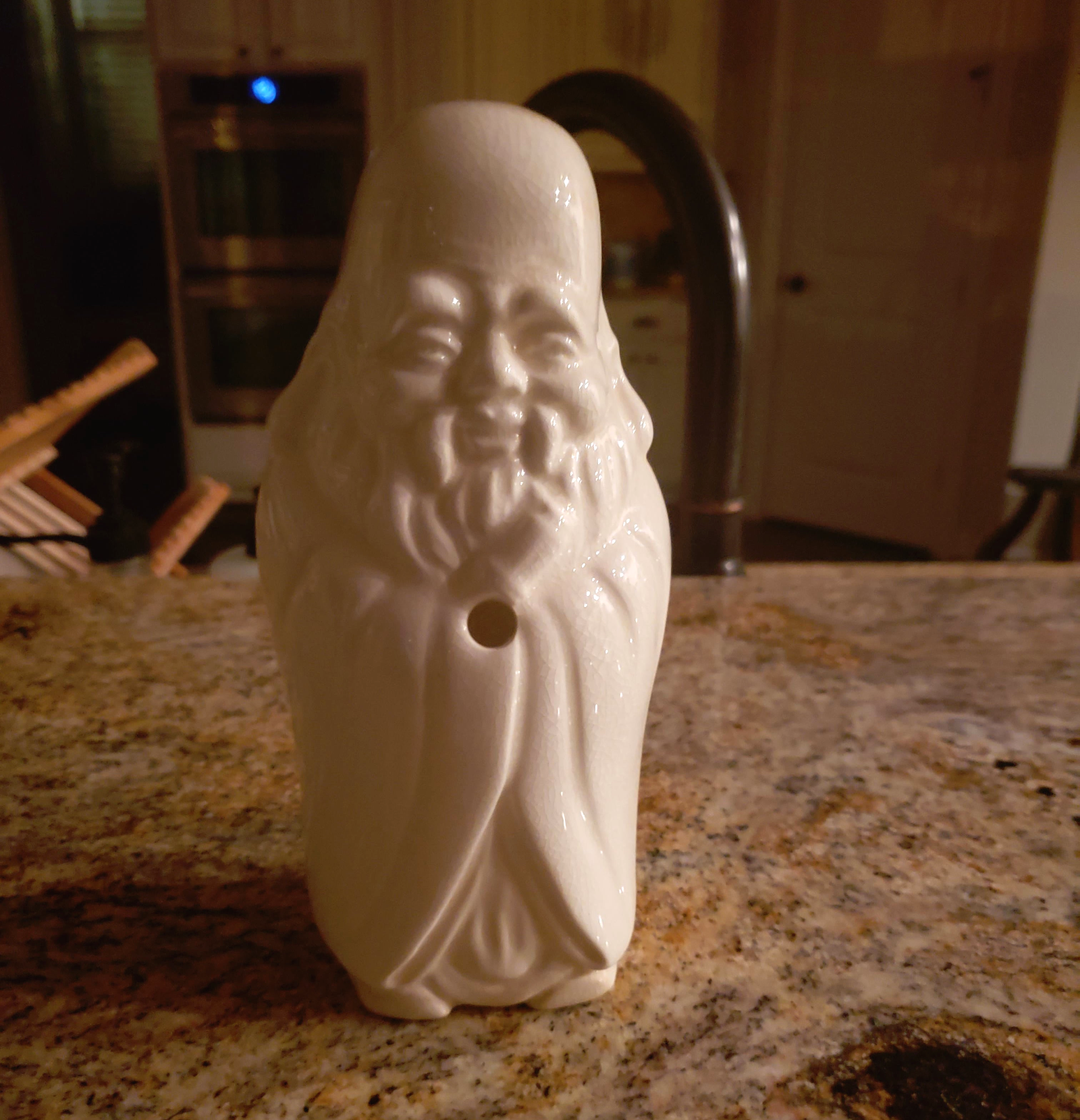 This cute little statue may have once been a gag gift, but that all changed when its owner decided to ask Reddit about the figure's real purpose.

To the user's surprise, the sculpture — believed to be a monk — is a Tiki mug from the sushi and Japanese steakhouse restaurant, Benihana.

The cocktail glass features a hole on its front for a straw to reside. On the back, is a large opening for filling the mug with drinks.

'Olive' these nets have a pretty delicious explanation. 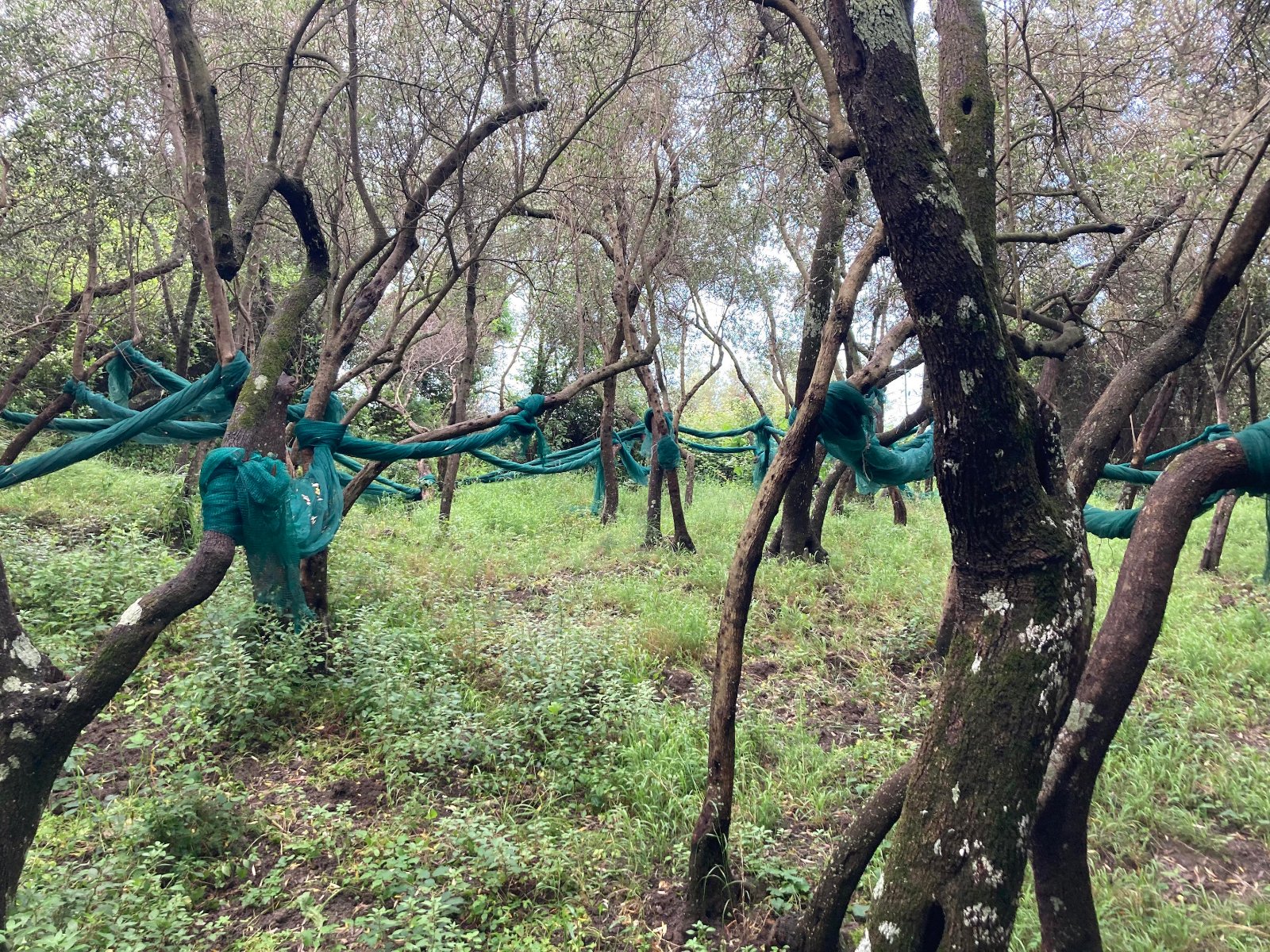 Imagine you're hiking on the Italian Riveria coast (Oh, to be so lucky!) when you come across a section of trees tied together with what appears to be a collection of nets.

You may do exactly what one hiker did, take a photo and post it on Reddit. This would be the best course of action because within no time there would be an explanation in sight.

You'd receive a response indicating that the nets aren't part of a spooky Italian ritual. Instead, they're used for harvesting olives.

While rolled up in the picture, once spring approaches the nets are unfurled to catch and easily gather falling olives.

The mysteries of a tiny toy penguin. 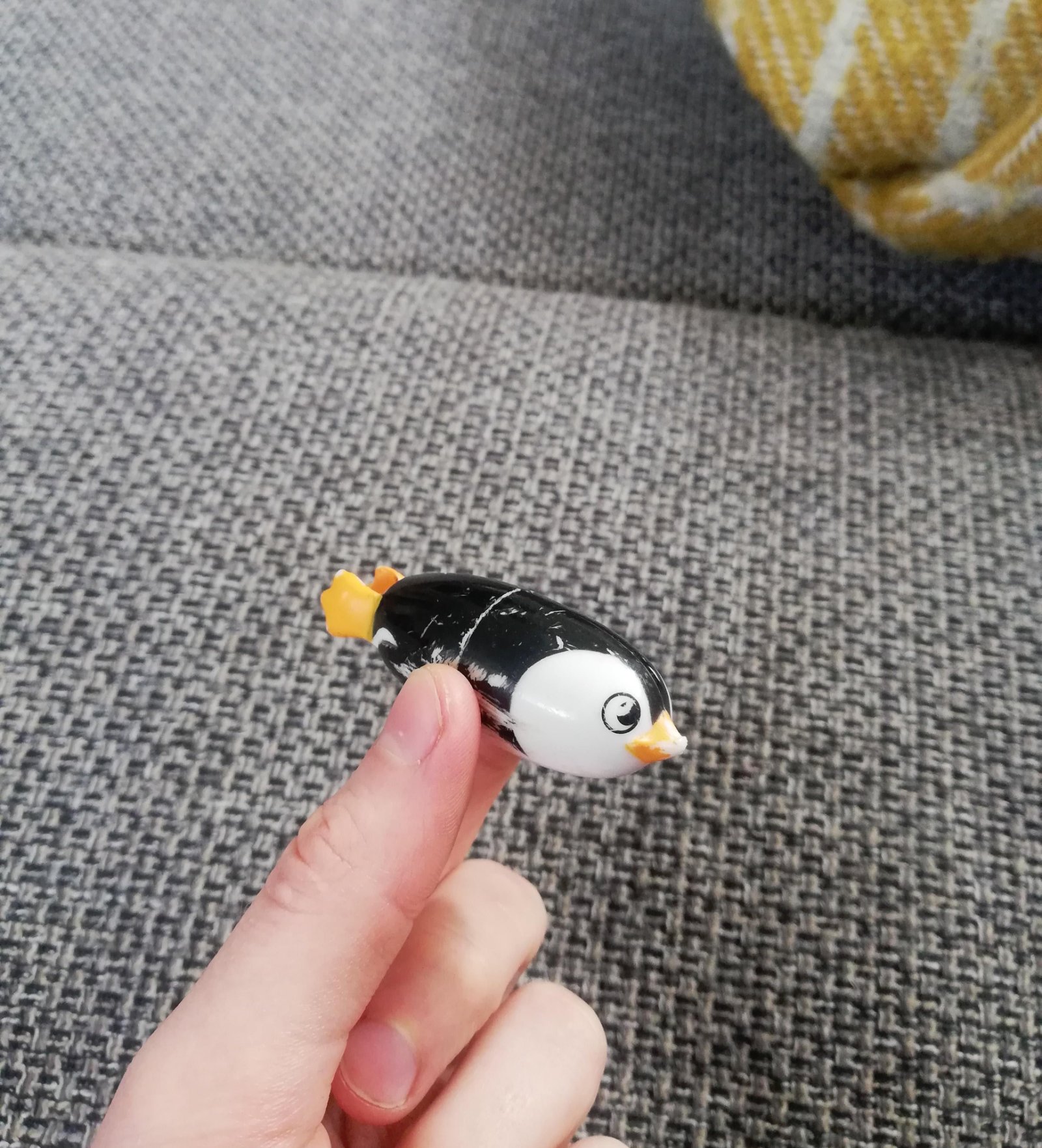 "Small plastic penguin that you can open. Small metal rod and removable plastic piece inside," writes Redditor fjadl, who hadn't a clue what this toy was.

But as the Internet does best, they crack the code and discovered that the penguin is an electric bath toy that swims in water.

The little guy splashes its feet around to maneuver itself around a bathtub or other body of water. How cute!

A falling unknown object that almost took out a cyclist. 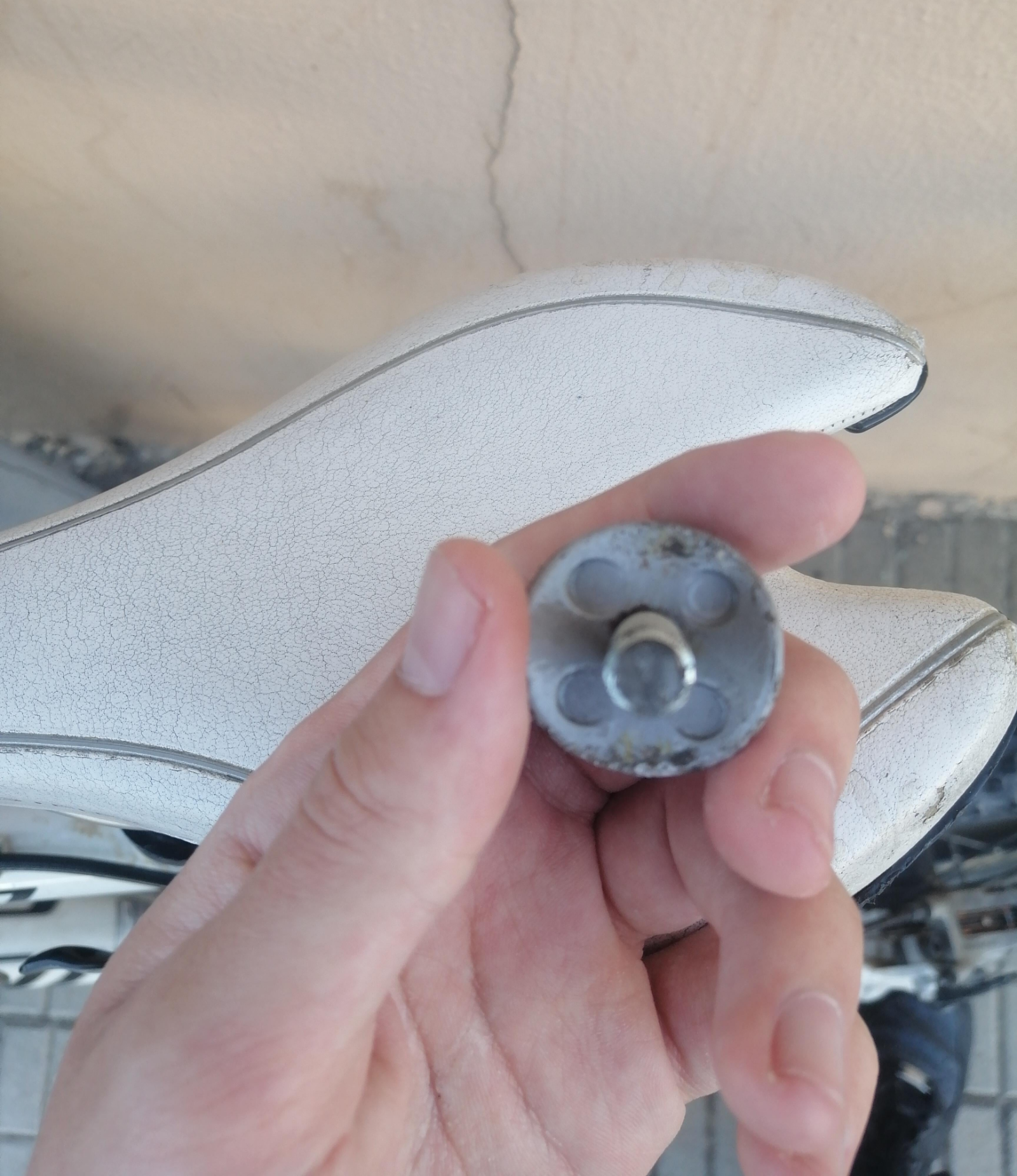 When a metal bolt that fell from the sky almost hit this bicyclist, they did what anyone would do — tell Reddit about it.

While blaming it on aliens could be a valid explanation, one user shared what appears to be the most likely of rationales. The bolt, complete with a curved plastic top, was once mounted on a pipe.

Now all that's left to solve is how the heck such a huge piece of hardware came tumbling down from above.

Bristles in a river are surely there for cleaning purposes, right? 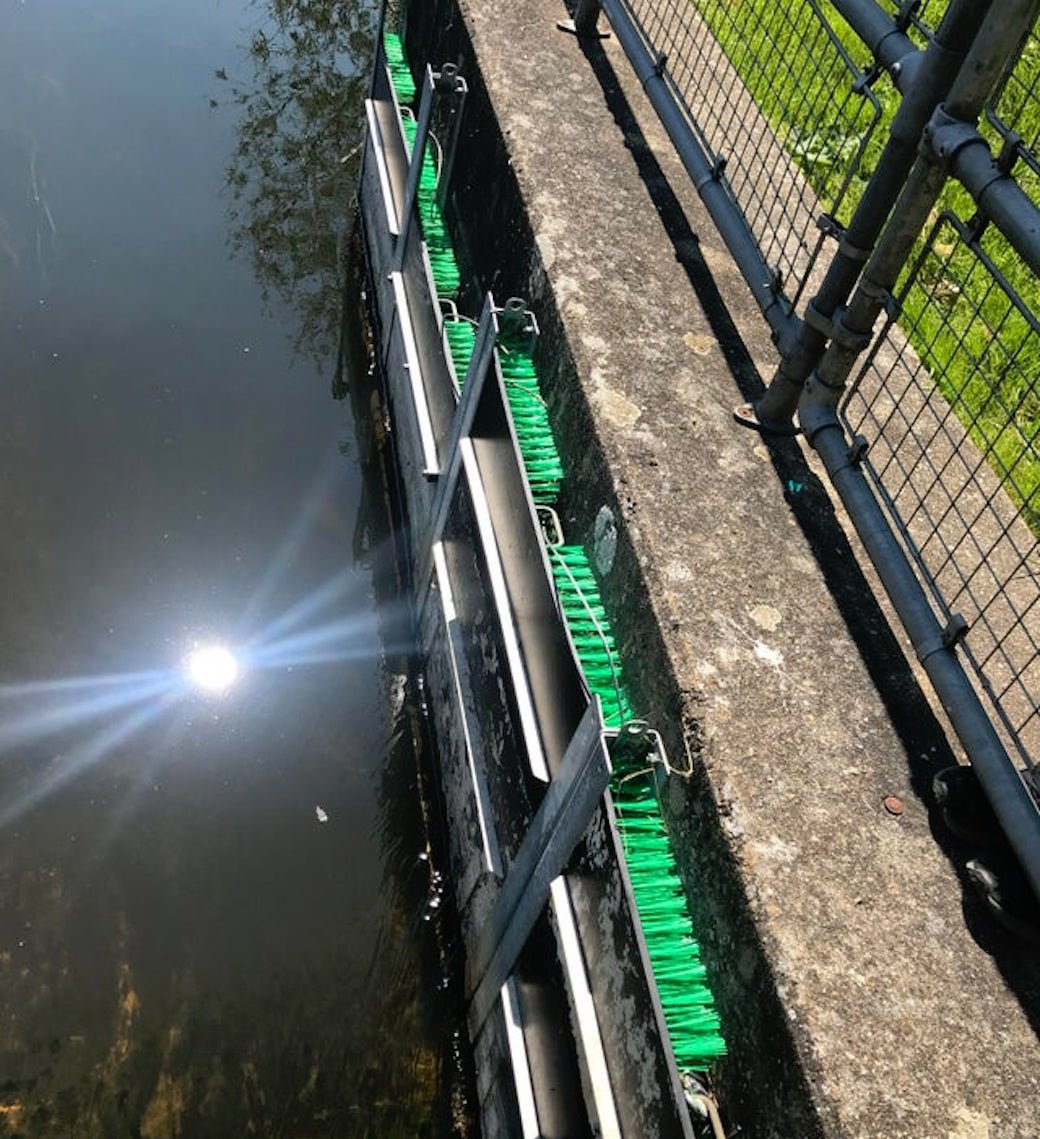 One Redditor was completely stumped when they came across these green bristles that run along the edge of a weir.

While a plethora of rationales were offered up, only one explanation was backed up by scholarly literature.

And it states that these bristles were installed on small weirs (dams that control water levels) to help eels and other fishes pass through the gauging structures.

A menacing gadget has a pretty 'egg-sellent' purpose. 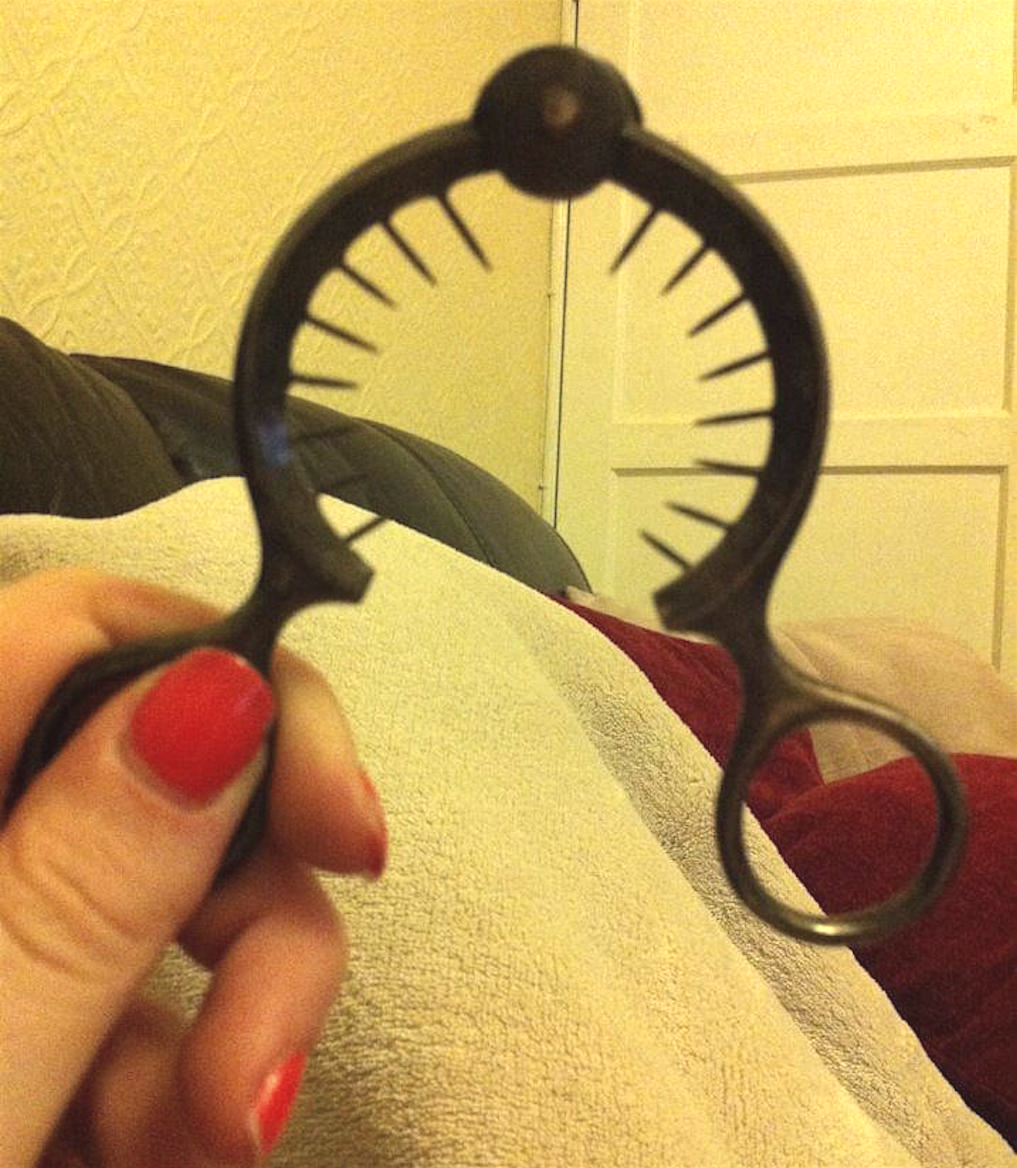 Contrary to its sinister appearance, this * ahem * questionable item isn't a lethal weapon.

Although it sure does look like a torture device, the scissor-like object with an ensemble of spikes was confirmed by Reddit to be a vintage egg topper.

The utensil, with likely roots from the early 20th century, is used to cut open a soft-boiled egg.

And there you go, a reasonable explanation for a pretty terrifying contraption.