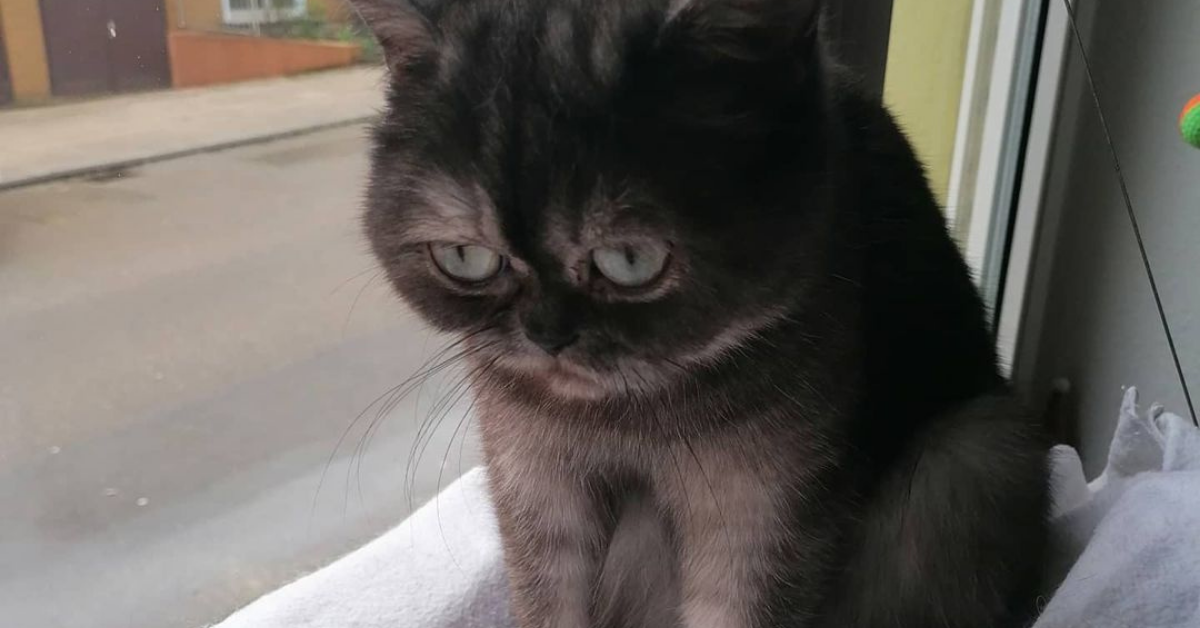 Every year, many animals arrive in shelters and often struggle to find their forever homes. Some animals have a harder time than others, especially if they look a certain way or require special care.

One cat who was continuously overlooked for adoption due to her supposedly "ugly" looks has finally found her happy ending, and now her loving family is sharing her heartbreaking story, proving once and for all that we should never judge a book by its cover.

Bean wasn't given a fair chance.

As Bored Panda reported, the cat who was originally named "Diva" was in a shelter for over a year as people continually decided that she was too unattractive to be adopted.

This poor kitty was labeled as grumpy and assumed to be mean.

However, one woman thought she was adorable.

When Francisca Franken saw Diva online through an animal adoption website, she immediately fell in love.

“Well," she told BP, " at first I laughed because the pictures were so funny and I’d never seen a cat like this before."

She knew she wanted to adopt the kitty, who she later renamed "Bean", and couldn't believe anyone would doubt her cuteness and sweet nature.

As it turns out, the cat actually had quite the reputation at her shelter.

Staff explained she was originally named "Diva" because she is a "feisty little diva" who has a few small health problems but a ton of love to give. Being such a unique cat with bubble eyes, stumpy legs and a cute lil nose, Bean (AKA Diva) has a unmistakable charm and Franken decided she was just the cat for her, even if shelter staff were doubtful.

As she explained, "I got a call from a friendly lady from the rescue who asked me if Bean was really the cat I wanted to apply for because apparently nobody had been interested in her before, despite her being on their website for a month already and in the shelter for several."

“The woman who called me was scared that I just pressed the wrong button or something and was not really interested in her at all."

Franken was in tears when she was finally able to take her unique kitty home.

It was love at first sight when Franken met Bean in person and finally brought her home. Bean became accustomed to her new home quickly and immediately latched onto Franken as her new human.

Let us know what you think of Bean's story in the comments and if you were touched by this sweet story.