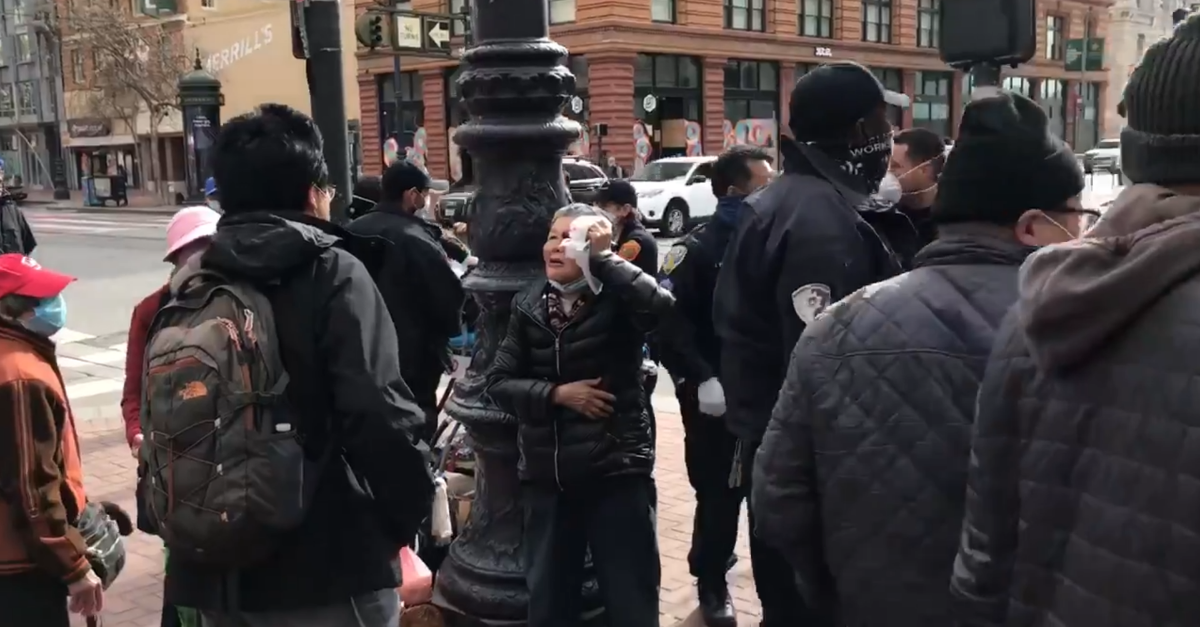 Although the world has seen many types of social and political strife reach their breaking point in 2020, one concerning issue that year that rose alongside the emergence of the COVID-19 pandemic was anti-Asian racism.

Although this trend showed markers as far back as March of 2020, it has escalated over the past month with instances of anti-Asian violence that drew widespread condemnation throughout social media platforms.

Much of this violence appears to be based on the idea of scapegoating Asians for the emergence of the pandemic, but it is also a suspected motive for the gunman who killed eight people — six of whom were Asian women — in a shooting spree targeting Atlanta spas.

Shortly after this incident, San Francisco would host its own, more explicitly racist attack that saw a stricken grandmother fight back against her assailant. And it seems she's made a powerful connection between her own experience and the change in social climate seen over the last year.

On March 17, 75-year-old Xiao Zhen Xie was waiting to cross the street when she was punched in the face by 39-year-old Steven Jenkins. 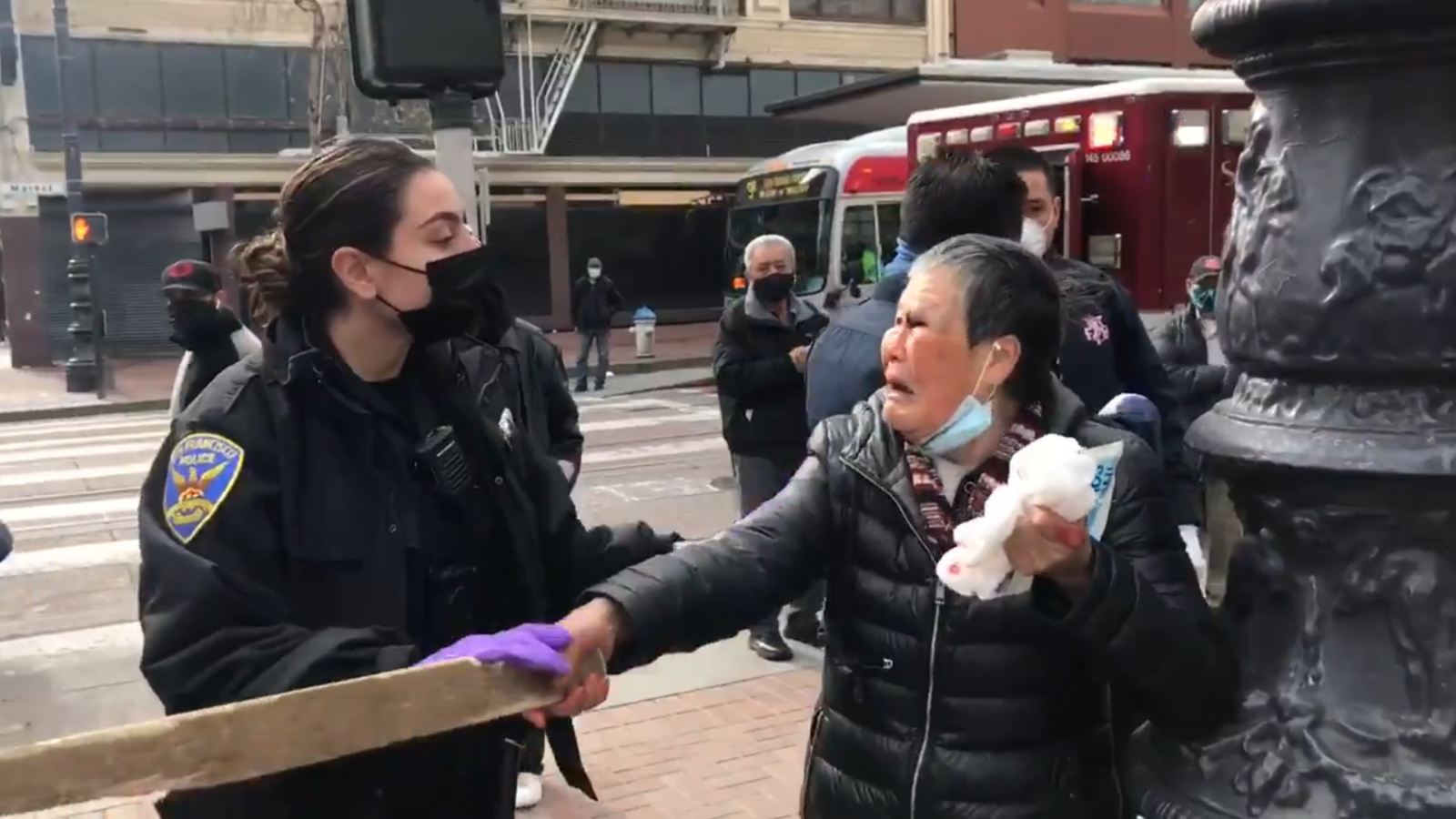 As the BBC reported, he was allegedly heard yelling "Chinese" before the attack. Once he struck, Xie immediately reacted by hitting him with the wooden stick you see here.

But while her efforts to defend herself were applauded by internet spectators, the incident only left her traumatized and seriously injured. 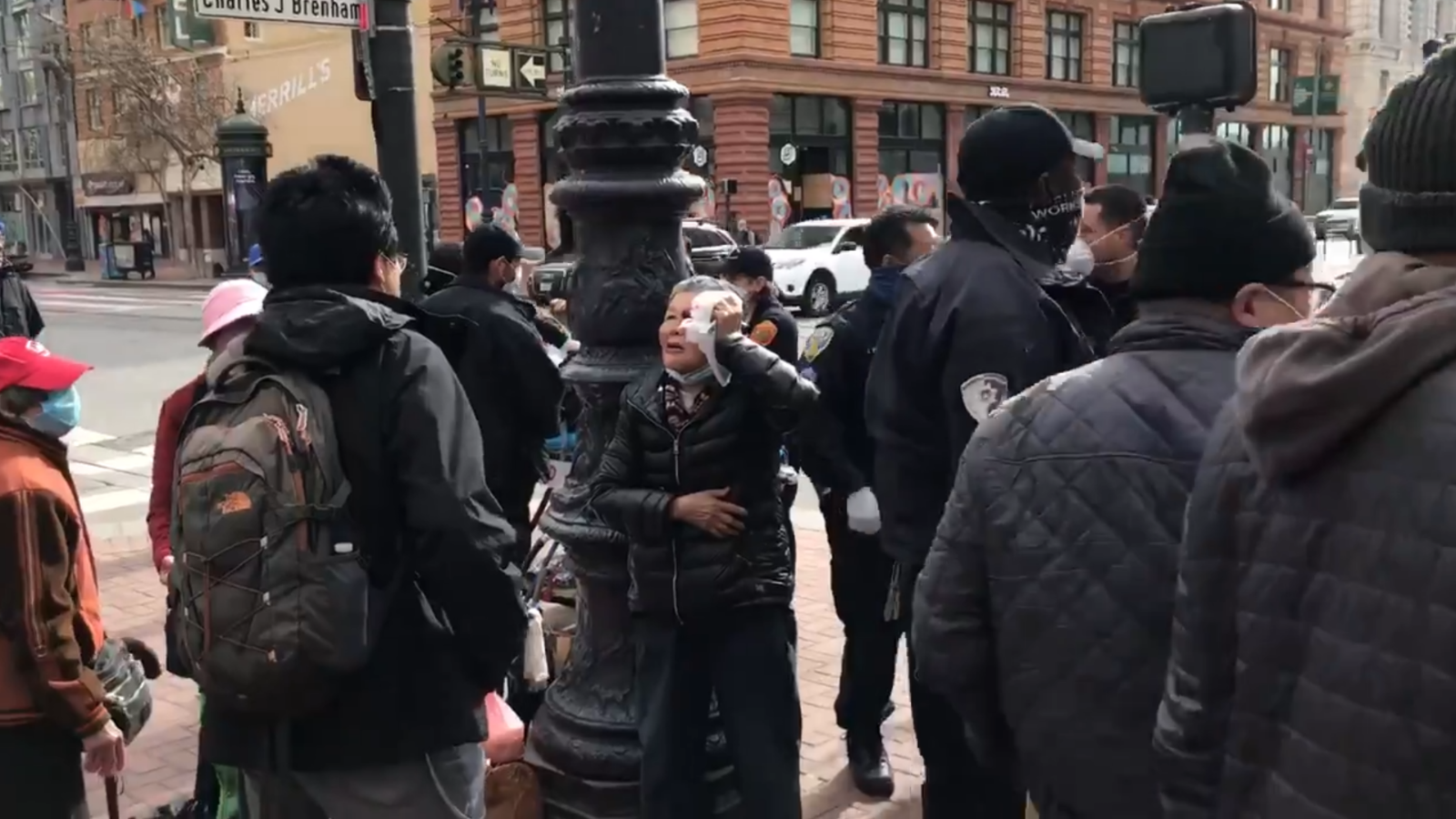 In a GoFundMe post intended to cover her medical and therapy expenses, her grandson John Chen said that she developed PTSD as a result of the attack and swelling around her eyes, one of which continued to bleed long after the event. 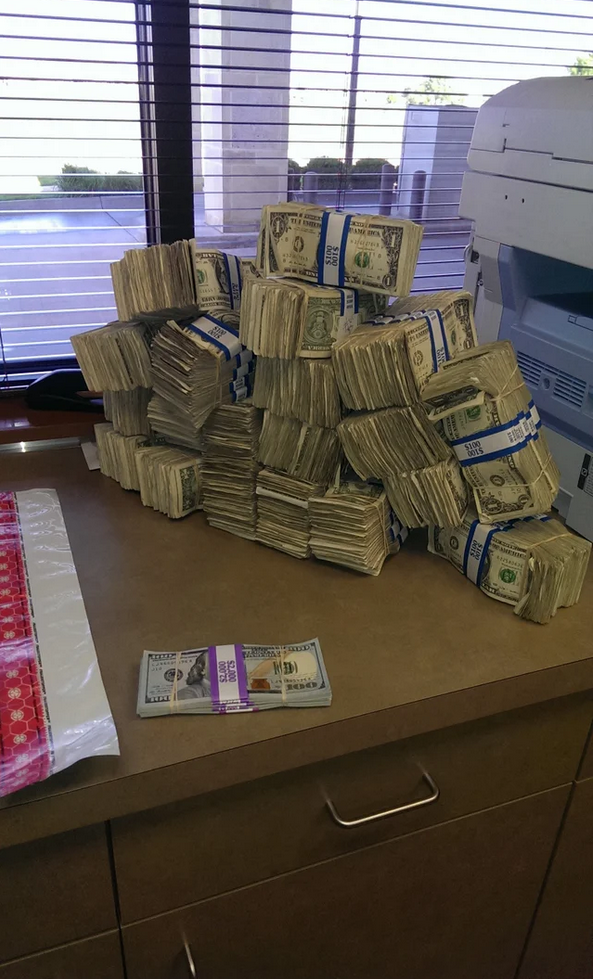 As her daughter Dong-Mei Li told the BBC, Xie had said that she had hoped a "younger generation of Asian Americans can all stand up for one another and the elderly."

In a March 23 update, Chen told the donors that Xie's condition had improved significantly since the assault. 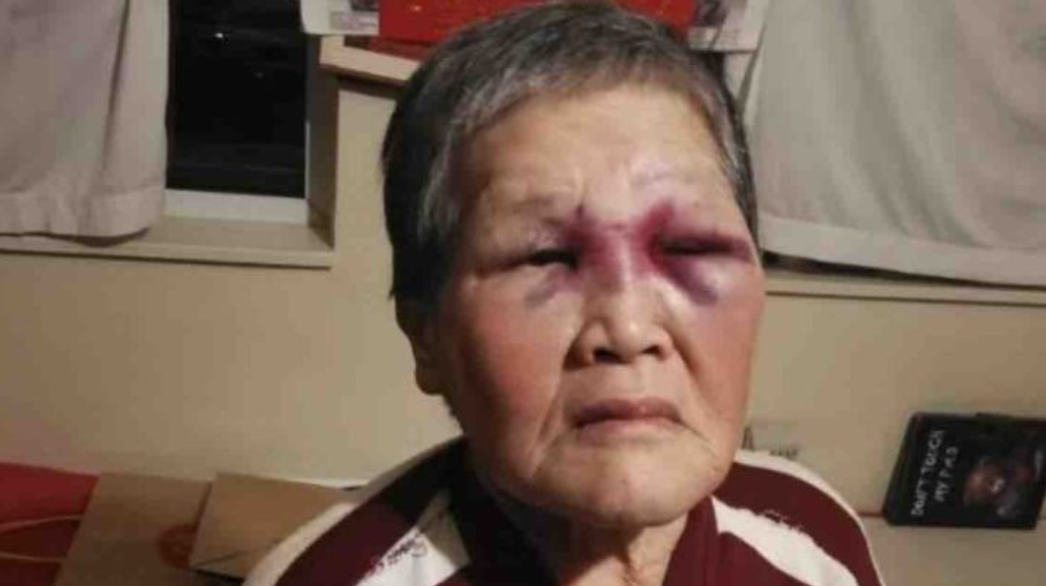 In his words, "Her eye is no longer swelled to the point of not being able to open it. She is now starting to feel optimistic again and is in better spirits."

But perhaps the most surprising revelation in this update was that Xie apparently did not feel she could accept the money raised, no matter how much it seemed to be needed.

According to Chen, she had repeatedly told him to donate all the funds raised back into Asian-American communities. 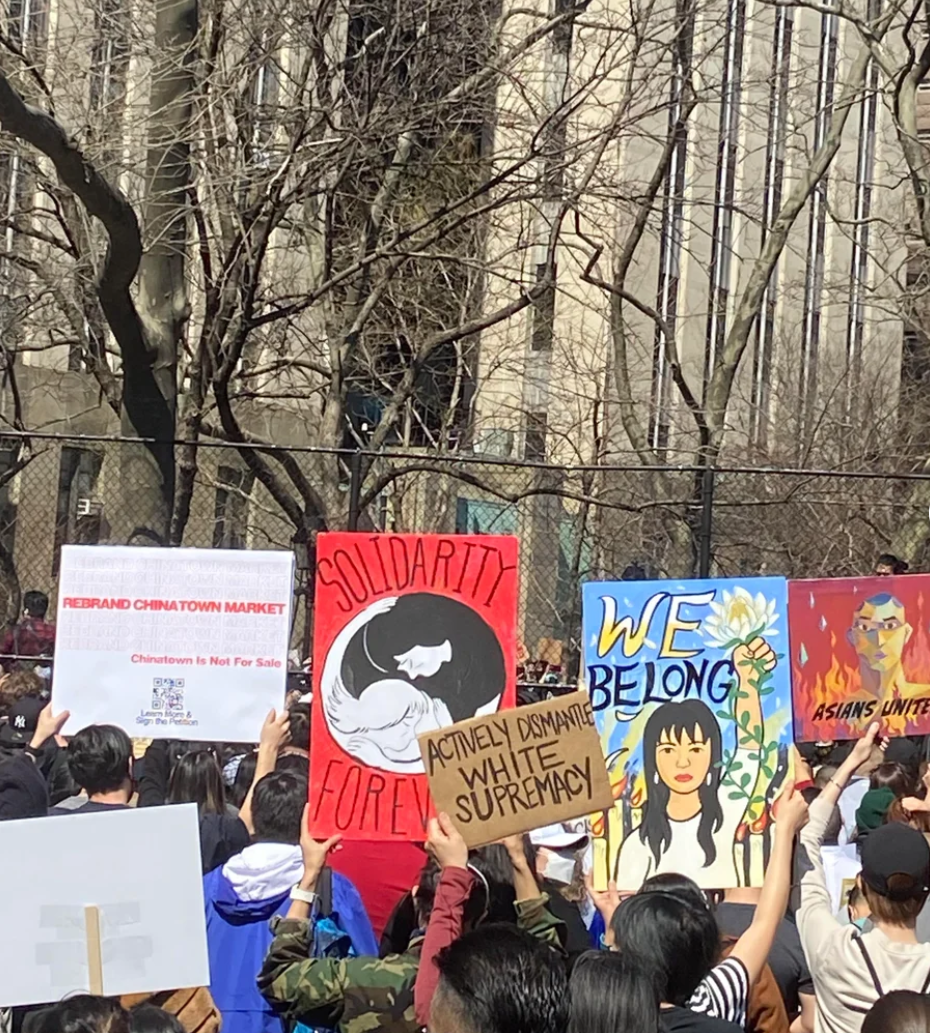 He also stated that she wanted to express a refusal to submit to racism and fight to see its end even if it means dying for that fight.

As Chen put it, "She insists on making this decision saying this issue is bigger than her."