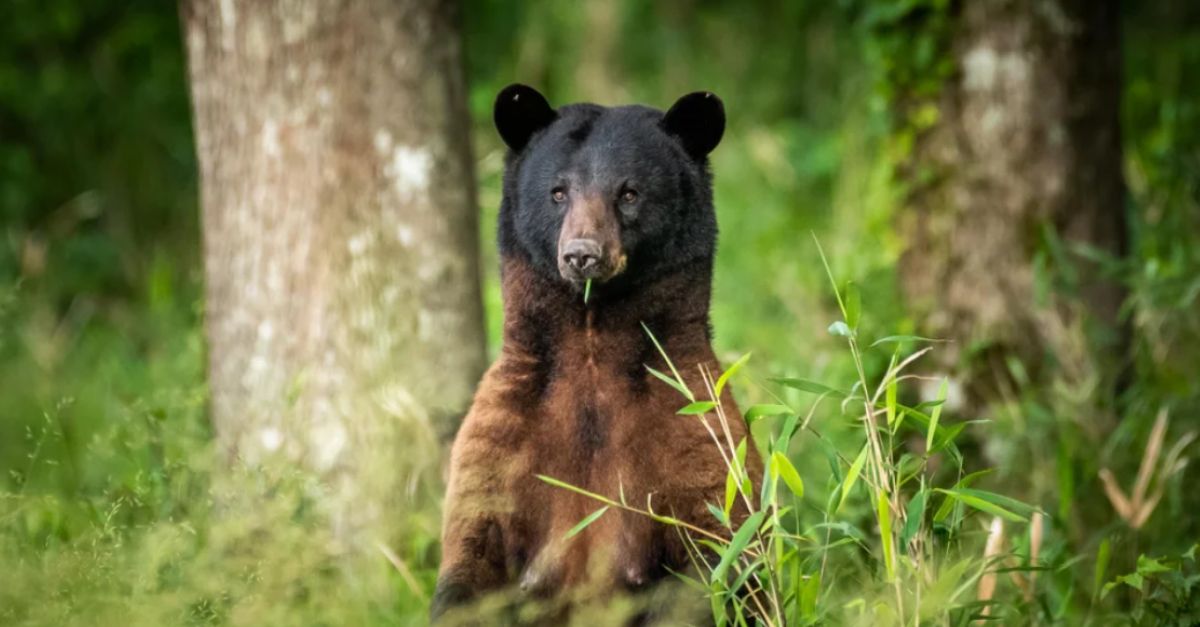 Woman Escapes Outhouse After Bear Attacks Her Through The Toilet Bowl

As comfortable as we can sometimes feel when we're using the bathroom, it's also the place where we're potentially at our most vulnerable when we think about it.

Although this is sometimes used for comedic effect in movies, it's very easy to become acutely aware of the disadvantage you're at in the event that something or someone intrudes while you're indisposed.

For me, this became apparent when I accidentally walked in on someone whose bathroom stall apparently had a broken lock. He didn't say anything to me but I'll never forget how wide and anxious his eyes looked in that moment.

But while my story isn't terribly uncommon, one Alaska woman found herself in a much more extreme situation that's about as rare as it gets.

On February 13, Shannon Stevens of Haines, Alaska was spending the weekend with her brother and his girlfriend at scenic Chilkat Lake. 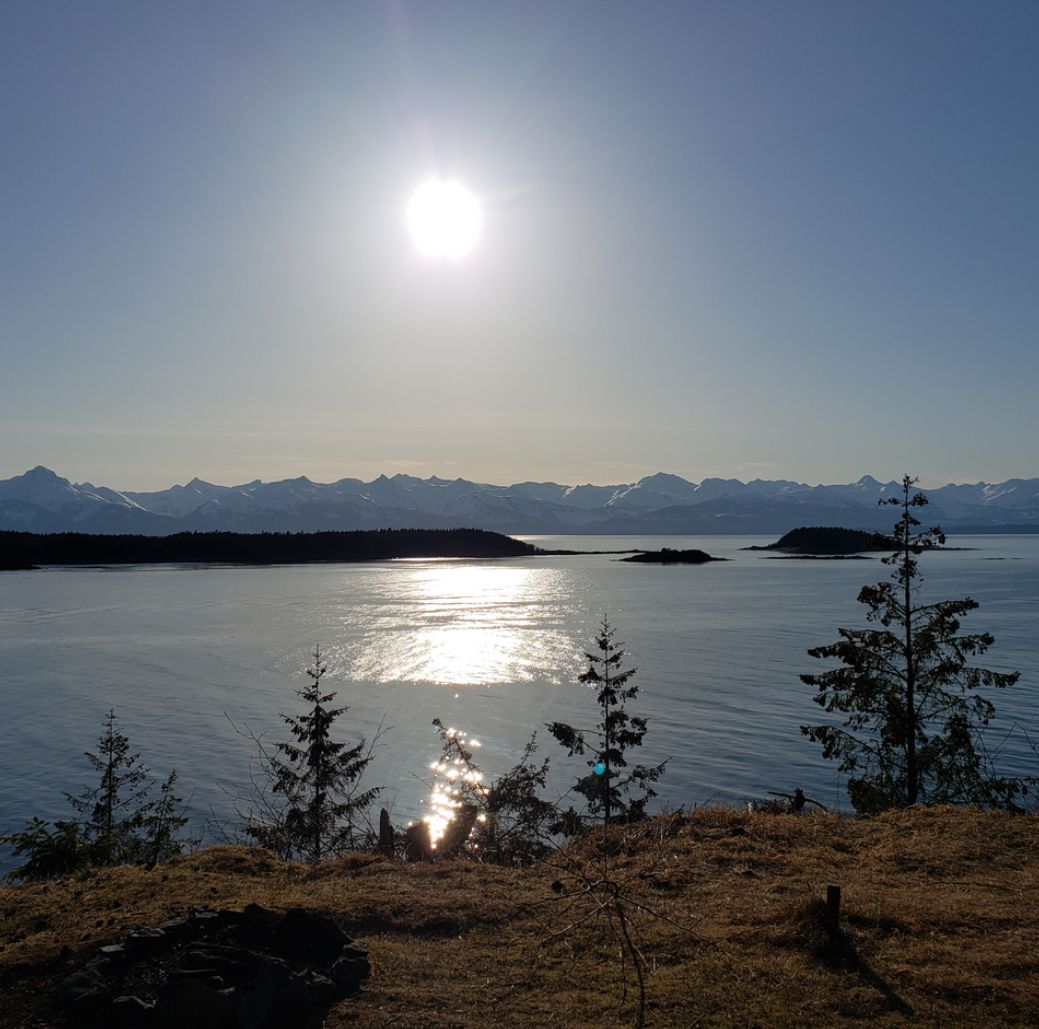 As KTOO reported, they crossed a frozen lake in a snowmobile and cooked sausage over a fire near their yurt tent.

Up until that evening, it sounded like a pretty fun and relaxing time. But then Stevens had to use the outhouse. 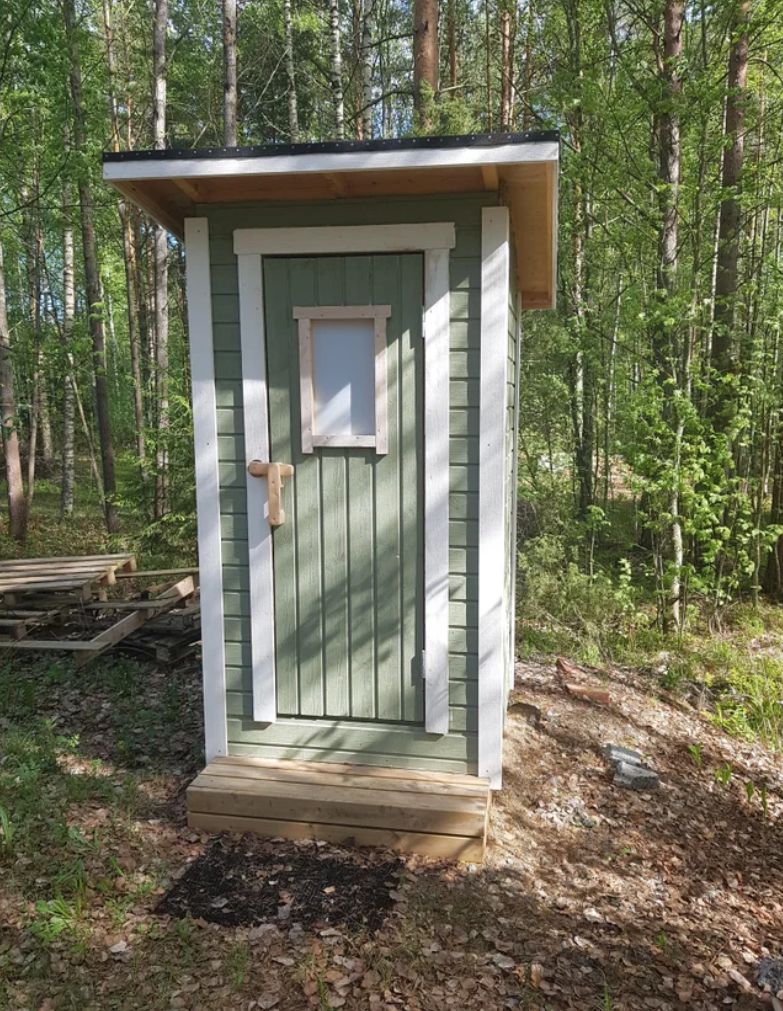 As she told KTOO, "Normally, when we are out there in the summer or the fall I’m used to shouting ‘Hey, bear!’ the whole way. It was the dead of winter, so I didn’t think to do that this time."

But as soon as she sat down, she felt something that would end up giving her a serious puncture wound. 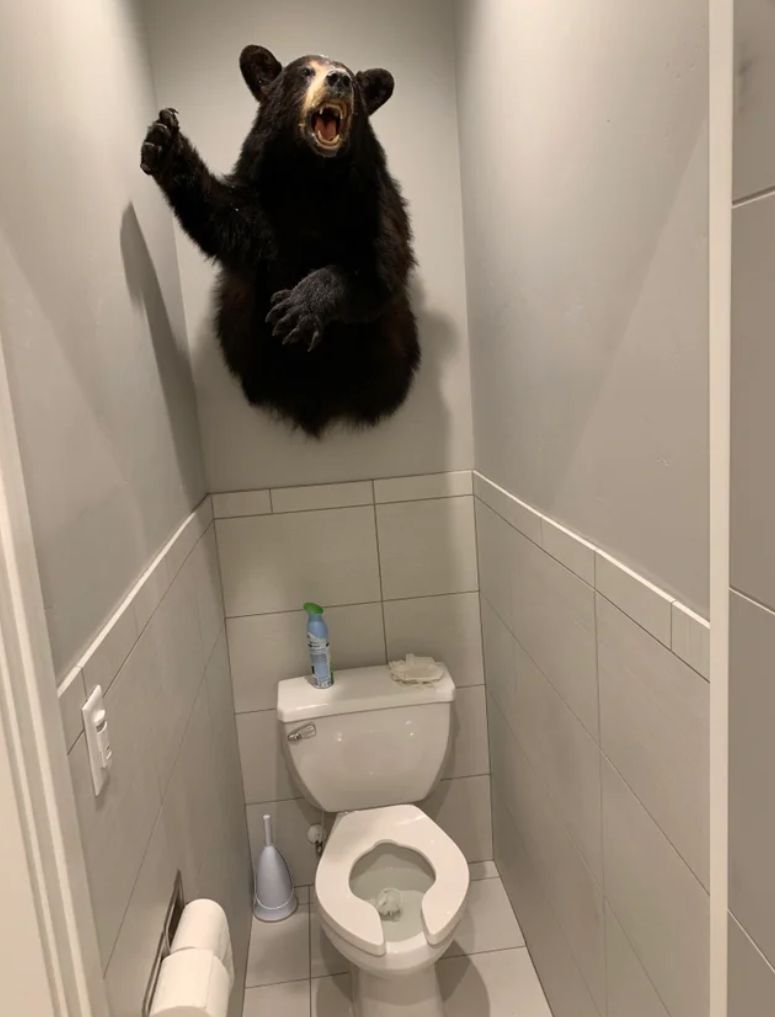 As Stevens put it, "I got out there and sat down on the toilet and immediately something bit my butt as I sat down."

Upon later reflection, the fact that she was left with a single wound makes her wonder whether a tooth or a claw was responsible for it.

Naturally, this painful surprise made Stevens scream and her brother Erik ran over to see what was going on. 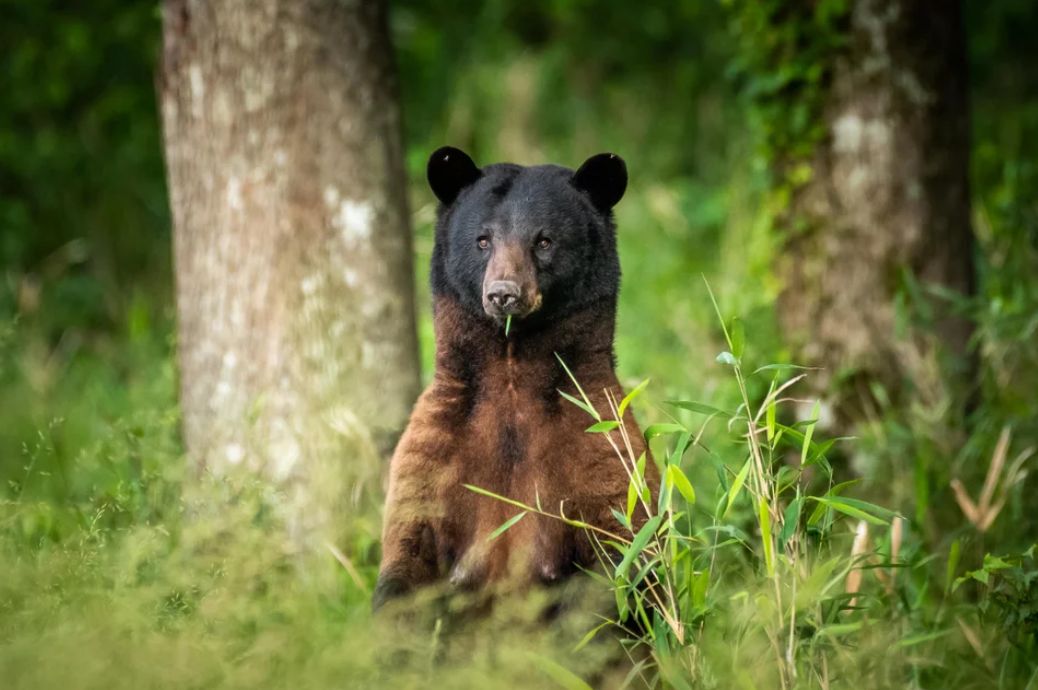 And as he told KTOO, when he lifted up the toilet seat and shined a headlamp down into it, he immediately caught sight of a gigantic bear head staring right back at him.

With that, the pair ran back to their yurt and bided their time until morning while Stevens treated her wound with a first aid kit.

When morning came, Erik noticed that their fire pit had been knocked over, which led him to believe the bear had been attracted by the smell of their cooking. 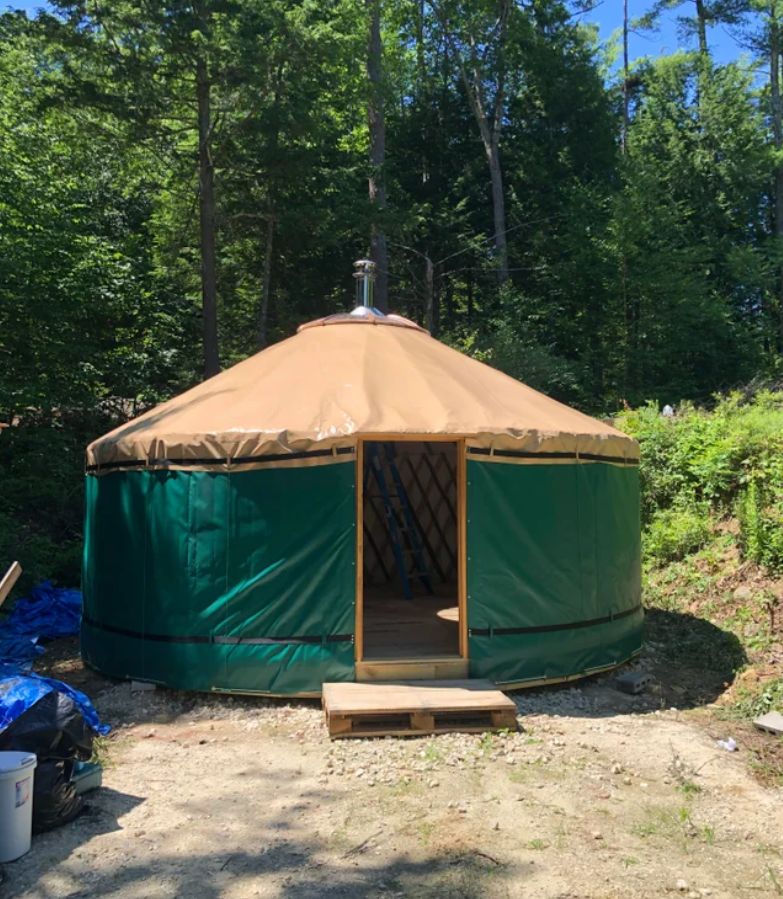 After investigating the scene, Carl Koch from the Alaska Department of Fish and Game determined that Stevens had likely encountered a black bear judging by the tracks it left behind.

As he said, "[She] might be the only person this has ever happened to. I wouldn’t be surprised over the years if other folks have had bizarre things — but during February to sit down in an outhouse and have something like that happen is very unusual."