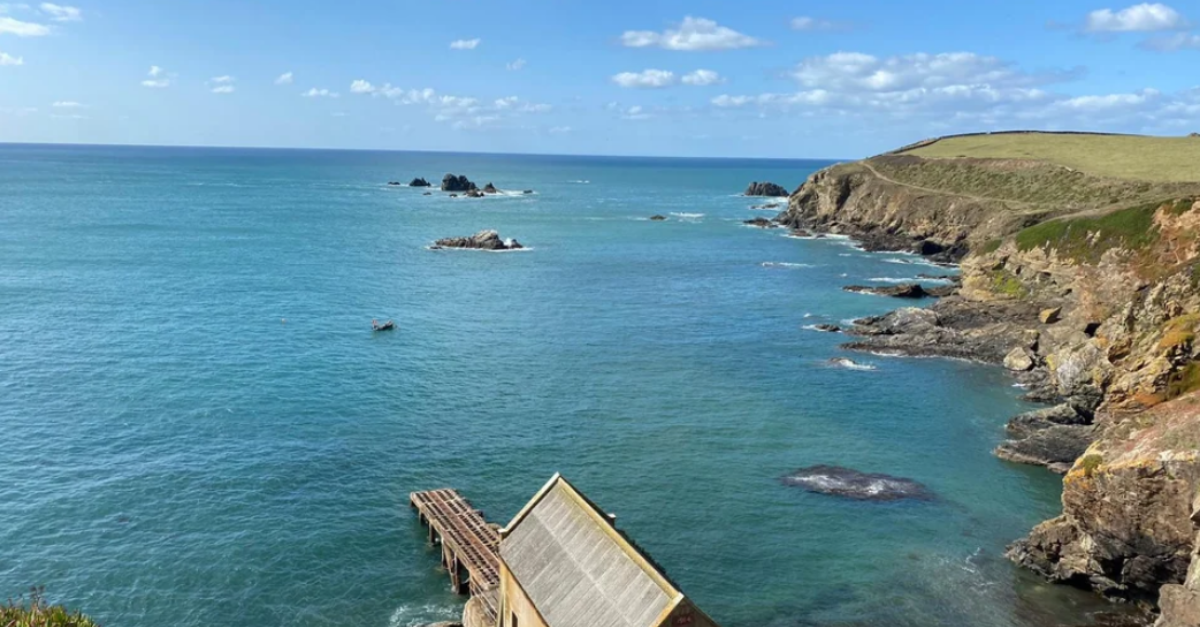 Growing up, we've heard about a lot of myths and legends that have to do with the sea.

Mermaids have enchanted our imaginations for decades and whether it's because of Pirates of the Caribbean or Spongebob Squarepants, most of us have at least a little familiarity with the Flying Dutchman.

But of course, we would have never heard of these things if sailors hadn't claimed to actually see them over the last few centuries. But while mermaid sightings are often the result of seafaring loneliness getting to people, those who would've frantically told you about a flying ship they saw weren't simply seeing things.

Instead, they just weren't sure how they were seeing it.

Last month, 52-year-old property developer David Morris was taking his dog for a walk along the cliffs of Lizard Point near Cornwall, England. 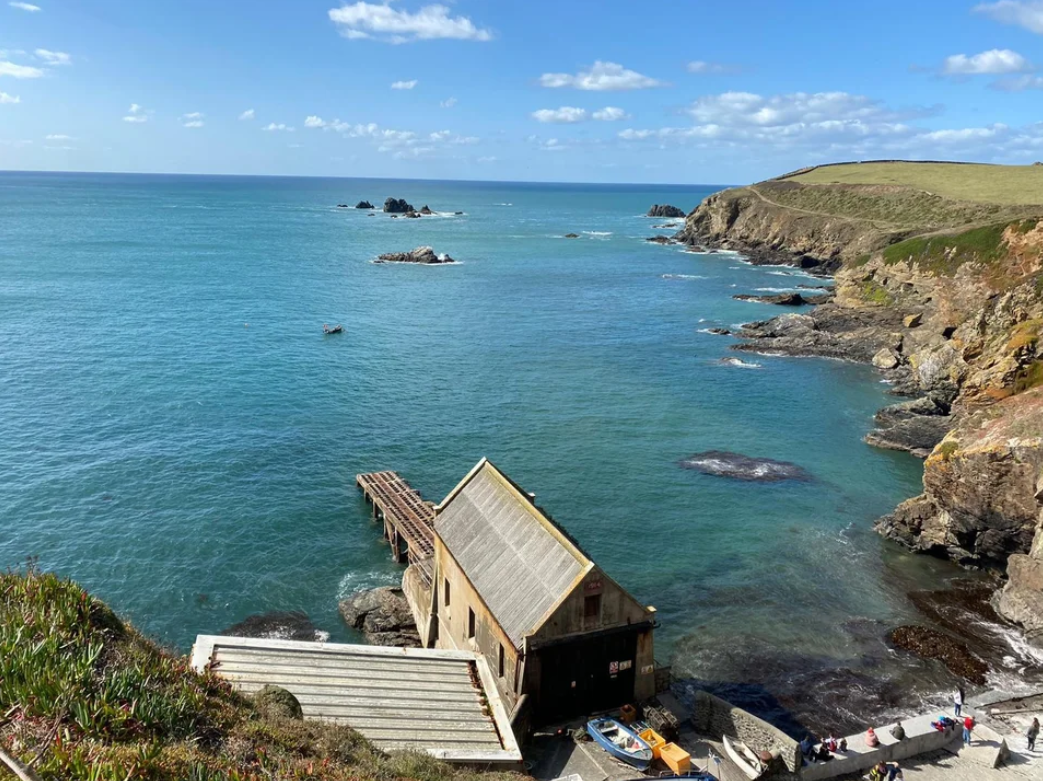 As he told The New York Times, this was a pretty ordinary stroll along the nation's southwestern coast until one of the ships he saw passing by seemed oddly out of place.

And as we can see, it's hard not to stand out when it looks like you're flying.

Despite what a disorienting sight this was for him, Morris didn't actually expect his photo of the phenomenon to get very far online as it was "just a boat picture" to him.

However, that's not how others throughout the world saw it. Instead, they wanted to know exactly what was going on here. 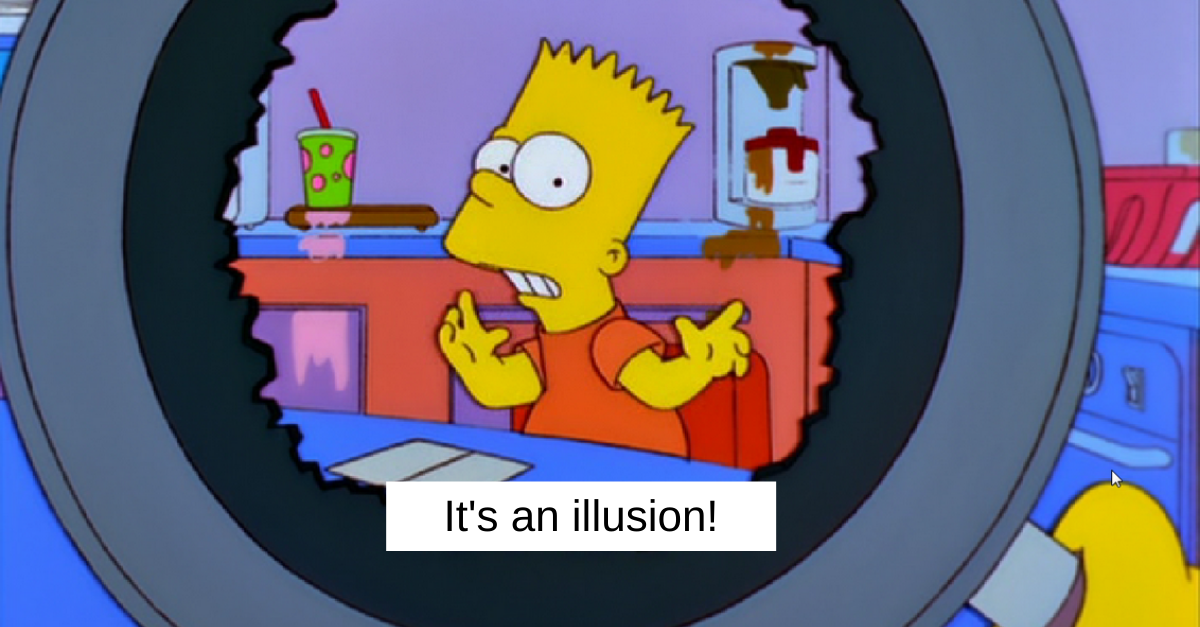 And as The Guardian reported, the effect at play here is known as a "superior mirage" and while it's a fairly common phenomenon around the Arctic Circle, it's much rarer in a place like the United Kingdom.

For this kind of mirage to occur, a weather condition known as a "temperature inversion" has to be happening.

According to BBC meteorologist David Braine, this refers to an instance where the cold air close to the sea has a layer of warm air resting over it.

Normally, you can expect a steady temperature drop the higher your altitude is but some U.K. winters can create just the right conditions for that warm air pocket to form.

So how does a mix-up in air temperature make a ship look like it's flying? 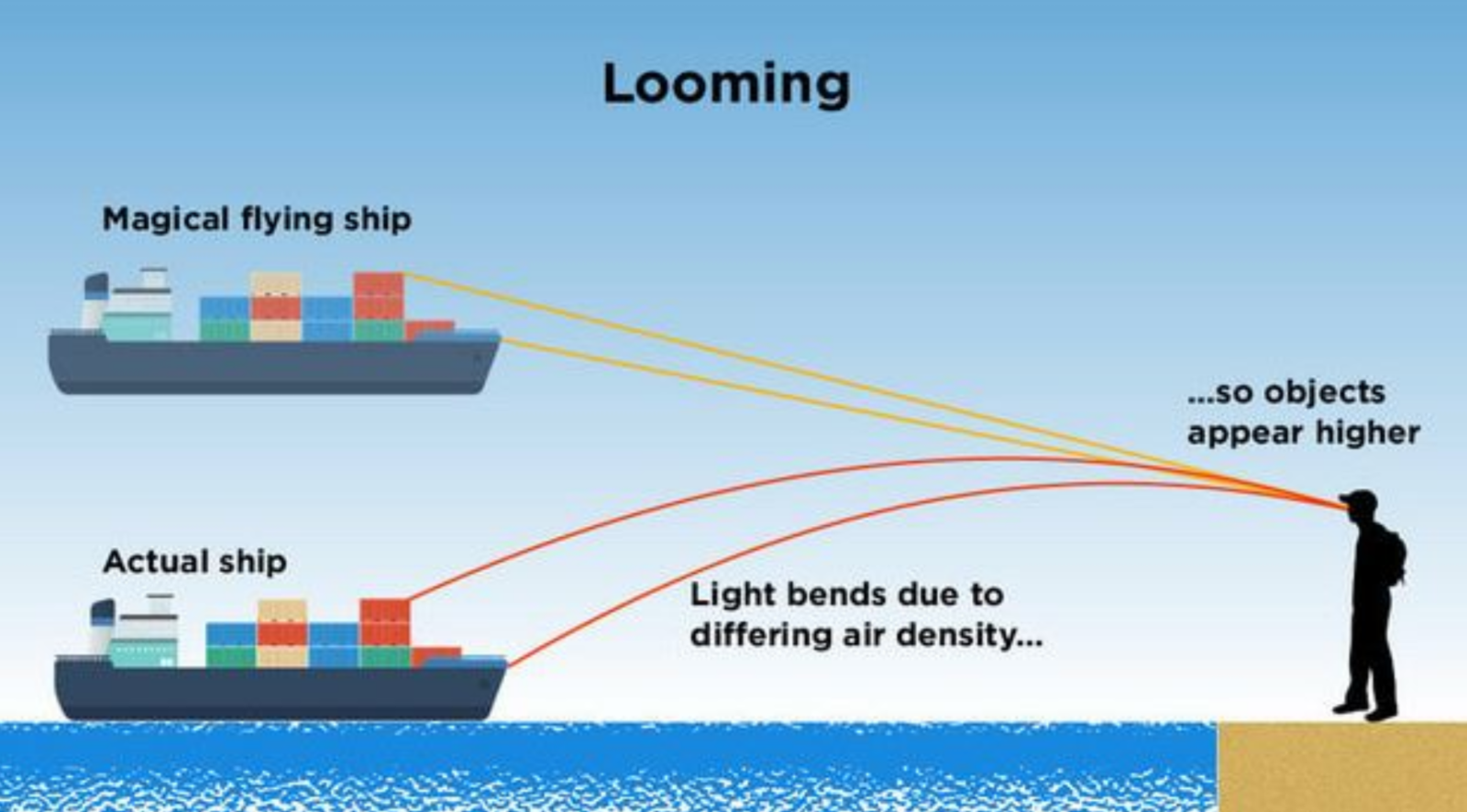 As Braine told The Guardian, this is because cold air is denser than warm air, which makes light more likely to bend and refract when it passes through it. This means the rays of light involved curve downward towards the eyes of anyone watching from the coast.

When this bending happens, our eyes then receive information adjusting for that curve, which makes ships that are just floating on the water appear higher up than they are.

That rare effect explains how sailors saw the Flying Dutchman centuries ago and it also explains why a camera isn't any better at seeing through the illusion than our eyes are.

So if this phenomenon is called a "superior mirage," does that mean there's an inferior kind as well?

As The Guardian outlined, there is indeed an "inferior mirage" and it's the kind that makes us see illusory puddles of water on a hot road or oases that aren't really there in the desert.

As for the name "inferior," it has more to do with the fact that the conditions needed for the illusion to happen are reversed rather than because it's not as cool.

It turns out that when a layer of cold air sits above the hot air building around a desert or a particularly hot road, sunlight can be bent upward and create a reflection of the sky on the ground.

That's why inferior mirages tend to look like water.